Clever Standard claim to have released the world’s thinnest multi-function chain hook with the new Flat Out Tire Lever.

The Flat Out from Clever Standard looks like a basic tire lever at first glance, but it features a whole load of different functions, one of which is, of course, a bottle opener. Among the many different uses of the Flat Out tire lever is its function as a chain holder.

The lever itself is able to hold 2 sets of quick links (compatible with KMC, SRAM and Shimano links) while also offering plenty of different options in fitting quick links and fixing you chain either using one or both of the levers. You easily loop you chain back onto your chainring with the chain hook, remove tension from the chain and remove your tubeless valve core with just a single lever. 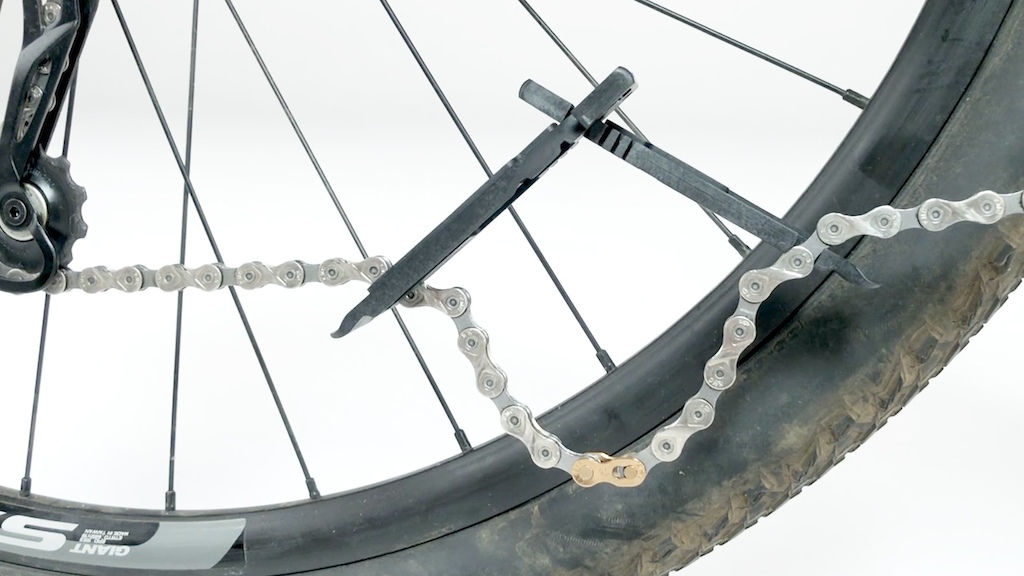 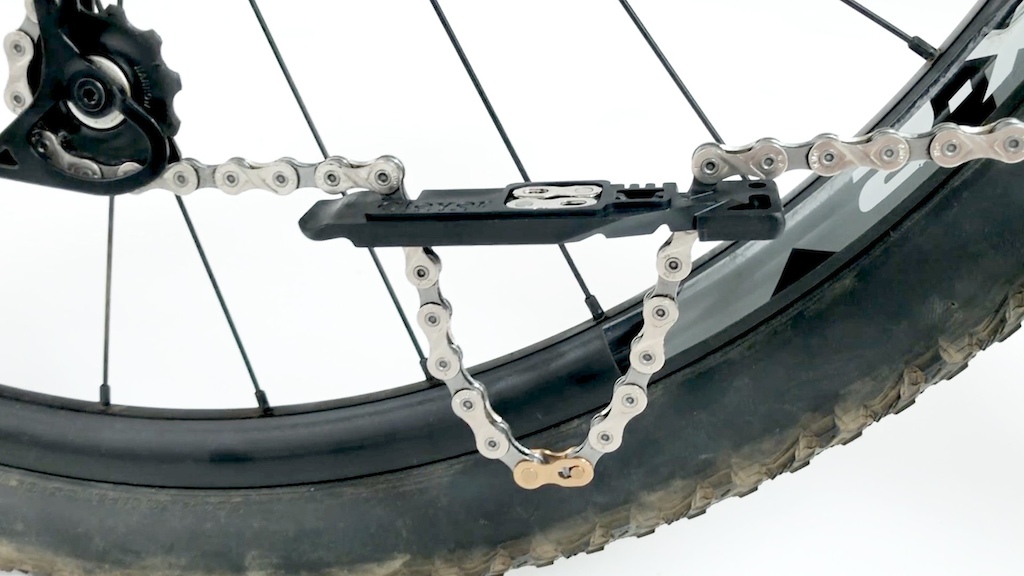 The Flatout tool can be used as a:

blowmyfuse (Jun 10, 2020 at 11:16)
A more important question? Why hasn't a pothead turned his plastic Bic lighter/bottle opener into a tire lever?

Nwsurfkid (Jun 10, 2020 at 12:14)
Social distance drinking game - like an egg drop/five finger fillet game. If you have bottles left to open, and no glass lodged in your back you win a warm beer...and get to open it.

jason-at-specialized Plus (Jun 10, 2020 at 12:20)
I agree. Leave the bottle opener in the car, with your bottles. Cheapest weight savings trick around.

JSTootell (Jun 10, 2020 at 18:06)
People seem to have different definitions of mountain biking. Mine is a bit on the long and hard side (wait, that's not what I meant!). But others like a guy I saw not long ago rode 2 short miles, then drank a tall can, then rode back. Barely more than a a fireroad.

I guess this is intended for people like him.

jasonmiles (Jun 10, 2020 at 11:12)
The "chain hammer" seems like a way harder method than the Clever Lever Original pliers. I guess you could buy both and then use the "chain hook" and the pliers to take off your chain. The Topeak Power Lever seems like a better option.

hamncheez (Jun 10, 2020 at 13:04)
the Topeak ones are out of stock everywhere. I just bought these before realizing they don't do the clever lever function, dangit. The chain hammer doesn't work on narrow-wide chainrings. I suppose you could do it on your cassettte.

KMC is sans a few things like the missing link hammer

vinay (Jun 11, 2020 at 2:48)
For my next chain, I think I'll go back to Shimano with the breaker pin. All those missing links say they're for single use anyway so that kind of misses the point I liked them in the first place. On 9sp chains they were quite easy to open and close by hand, but I feel they're harder to work with (without tools) if you've got the 10sp or 11sp ones. And you need a chain breaker anyway, obviously. When working with those Shimano breaker pins, all you need is such a pin and the chain breaker. And maybe pliers to break off the excess/tip of the pin, I don't recall whether these were needed. But then again small pliers (or as part of a small Leatherman kinda tool) could come handy for different stuff so it doesn't hurt to carry them along anyway.

DirtbagMatt (Jun 11, 2020 at 12:02)
@vinay: Most chain breakers should have a hole on the opposing side to snap the remaining pin length off. Just stick it in there and give it a twist!

Kptzbik (Jun 15, 2020 at 6:27)
@vinay: those old clever leavers are for 1.5$ on ali. they open 11sp with no problem. When you wear chain for about 400km they work as 9sp. i thing this one use only is just marketing. why 9 could be reusable and now those not? For me it is better to wear missing link and brake it than make the outer plate's hole bigger and being unable to install breaker pin. Missing links are easier to remove while cleaning chain. im installing the same link every 80km when re lubing chain. it is 500km and everything is ok by now.

lake-st (Jun 10, 2020 at 14:56)
Ok so I am not clear on the use or the chain hook, you need a tool to get slack in the chain to repair a link. Me I just drop it off the chainring and I have all the slack I need, and My chainbreaker can open bottles, but then again can't you open a bottle on anything.

arphia (Jun 11, 2020 at 2:33)
I have the original clever lever and they can't actually remove a quick link from a chain. Now they are selling a tool that mimics your own fingers. Wow.

Sirios (Jun 11, 2020 at 8:12)
i use a plastic clothes pin with the spring removed giving you two tire levers that are strong ,lightweight , and can easily slide
on your rims . the ends are rounded over slightly so there’s no pinching of the new tube .

optimumnotmaximum (Jun 11, 2020 at 23:35)
A tirelever with bonusfeatures for everything i dont have a tool for (or cant find) -nice

Seriously, just bought one. We will see how durable it is (i've broken many tire levers in my career)