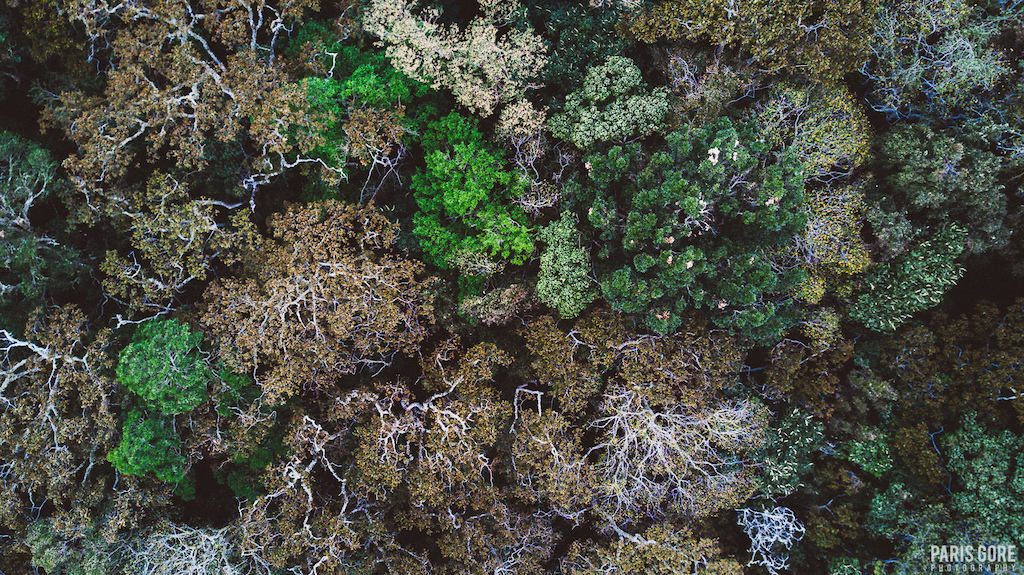 QUEEN OF THE JUNGLE
The 2017 Trans CR

As a kid, I dreamed of living in some sort of Tarzan-esque tree fort in the jungle, swinging vine to vine, and just living the simple life – kids, we have some crazy ideas. Fast forward many (many) years, and along comes the Trans CR and a chance to live out some version of my childhood fantasy, well minus the vine swinging.

The Costa Rican way of life can be simplified into two words: Pura Vida. But what exactly does it mean? Yes, directly translated it means ‘simple life’ or ‘pure life’, but I'd argue that an attempt to define these words would ultimately result in missing the very essence of them and their broad application to the Costa Rican culture.

After what seemed like a never-ending winter in the Pacific Northwest, heading to sunny Costa Rica to embrace the simple life seemed like the perfect winter escape. But only time would tell if we would all be prepared for what was waiting for us in the jungle, after a long winter of hibernation. 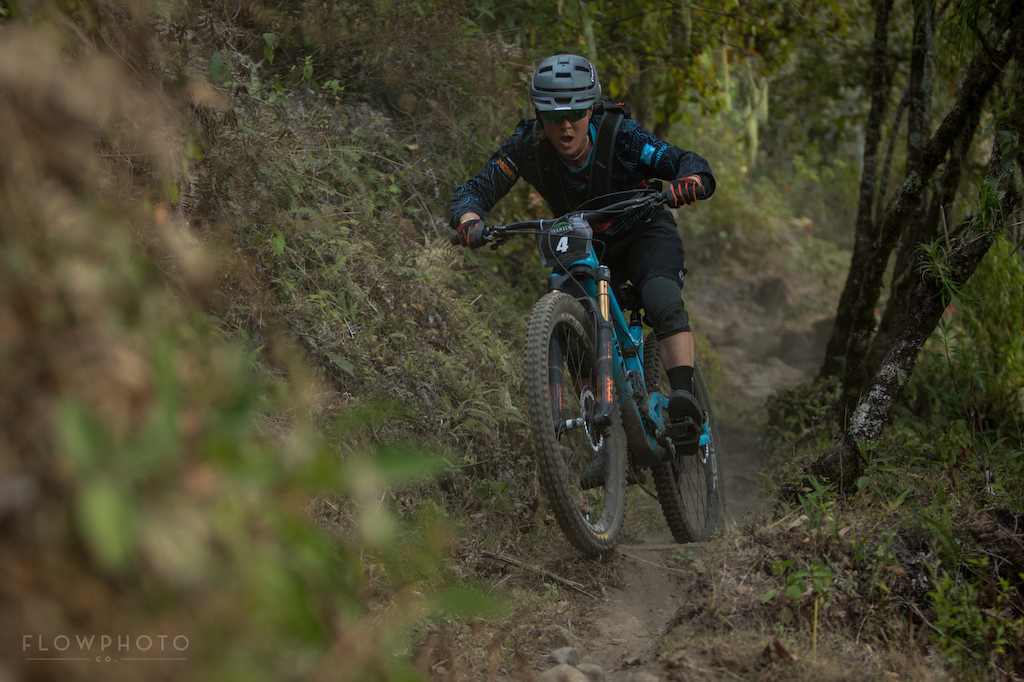 The intro
Upon arrival riders were greeted by sunny skies and that classic Costa Rican hospitality that is second to none. The first night living it up in the lap of luxury at Hotel Barcelo was a reunion of sorts and gave us the chance to reconnect with familiar faces and also begin to forge new friendships with first-timers to the trans-racing experience. Some of us carried on the celebration of the inaugural event well into the wee hours of the morning – and were maybe a little worse for wear the following day as we climbed onto the busses and set-off into the mountains that we would be calling home for the next four days. 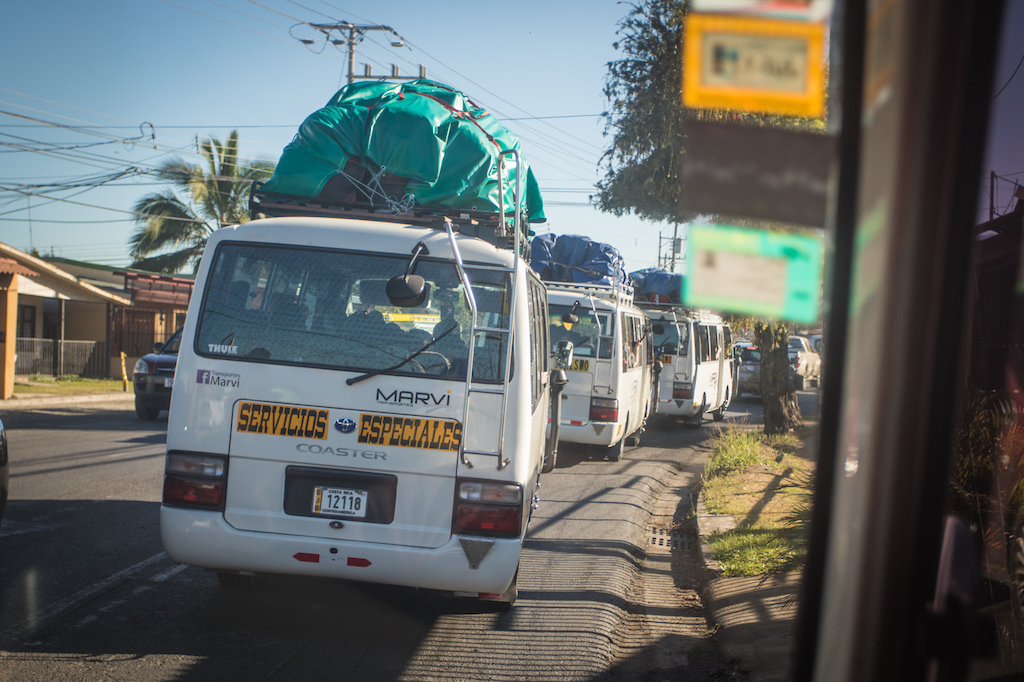 The process of packing the gear and bikes for over 100 riders and volunteers was seamless and within a few hours of winding and twisting roads we finally arrived at the small village of Providencia. Here our basecamp was nestled high-up in the mountainside overlooking some of the most breathtaking scenery I have ever witnessed. A bit of a departure to the nature of trans-racing, riders would be trading in daily camp moves, for the opportunity to get cozy in one eco-chic tent paradise equipped with our very own Trans CR bar – paid for with Trans CR Tiny Dollars (but that’s another story.) 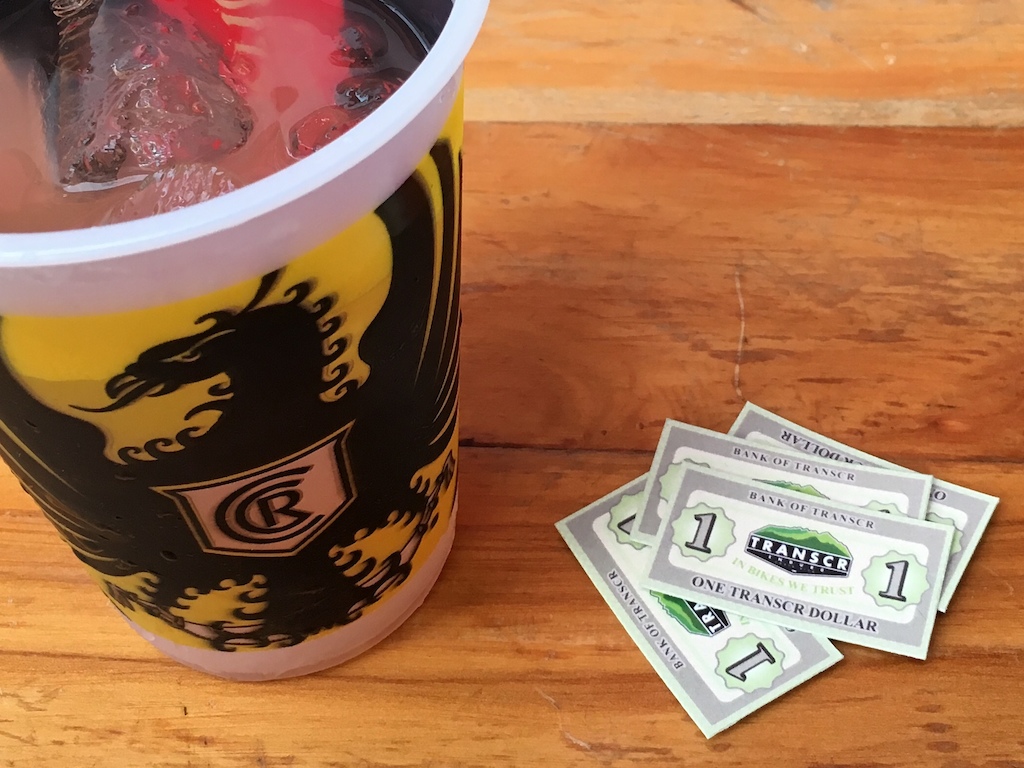 Base Camp
Providencia is home to roughly 200 people, and as Jay Balabas, Race Director, explained, “it was a natural choice for the race. The trails are long and steep, and the locals are amazing”. So amazing in fact, that many of them worked the event from preparing our meals and snacks daily to running the bar every night (not an easy task!) The local farmers, notably Mariano Retana and his son Mariano (Macho) Jr., had also put a lot of their blood, sweat, and tears into building the trails that riders were eagerly waiting to sink their teeth into and you could feel their pride in being able to host riders from all parts of the world and all walks of life. This really tied in with Jay and Paolo’s vision of giving riders “an authentic Costa Rican experience and showcasing the heart and soul of the region”. The sense of community really was infectious and you could feel the anticipation around camp as we all dialled in our gear to get ready for what was sure to be a rumble in the jungle! 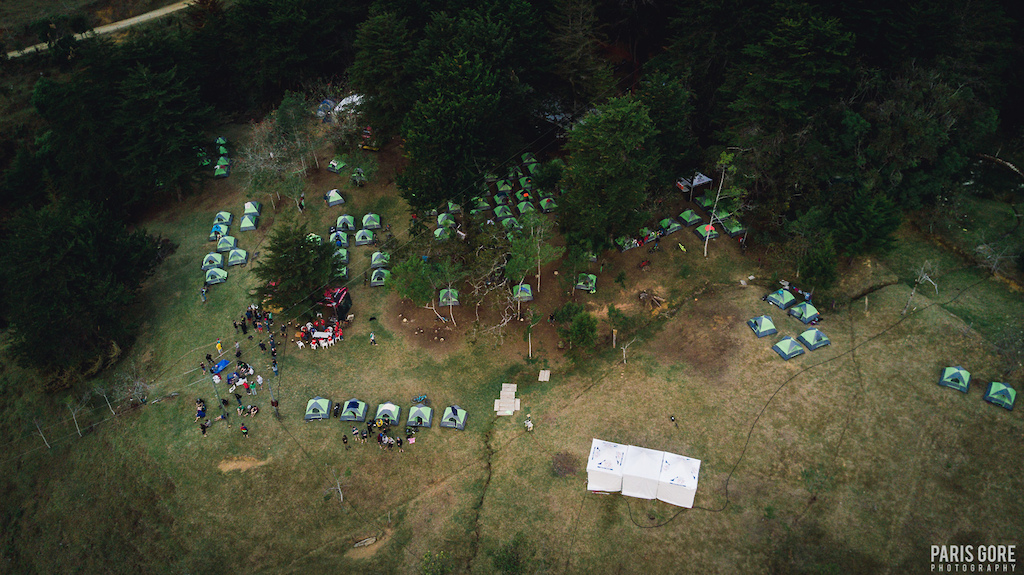 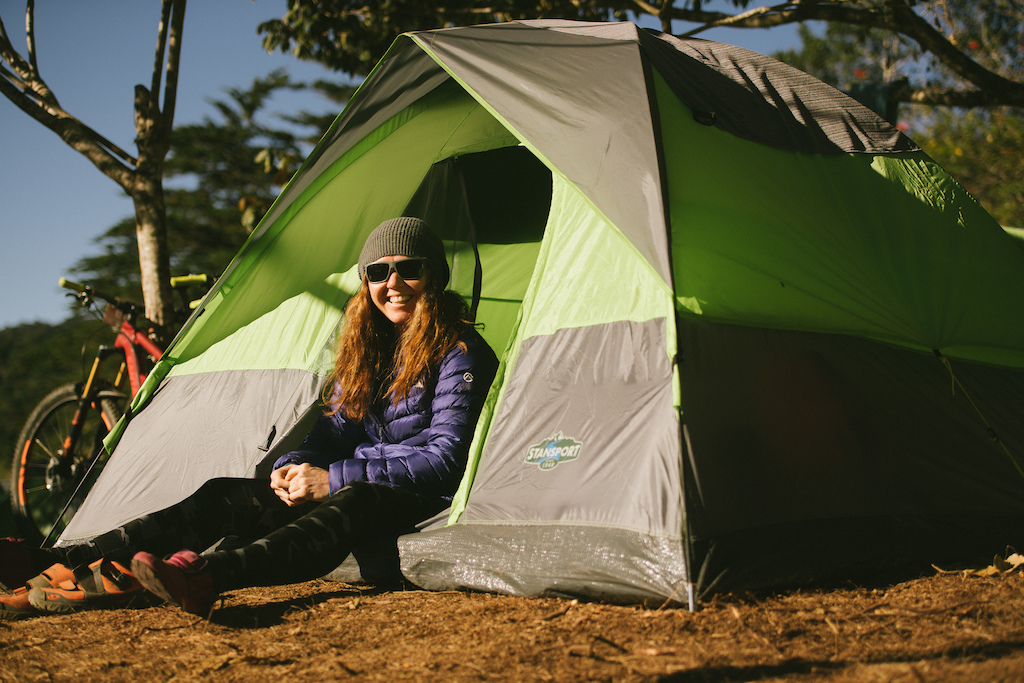 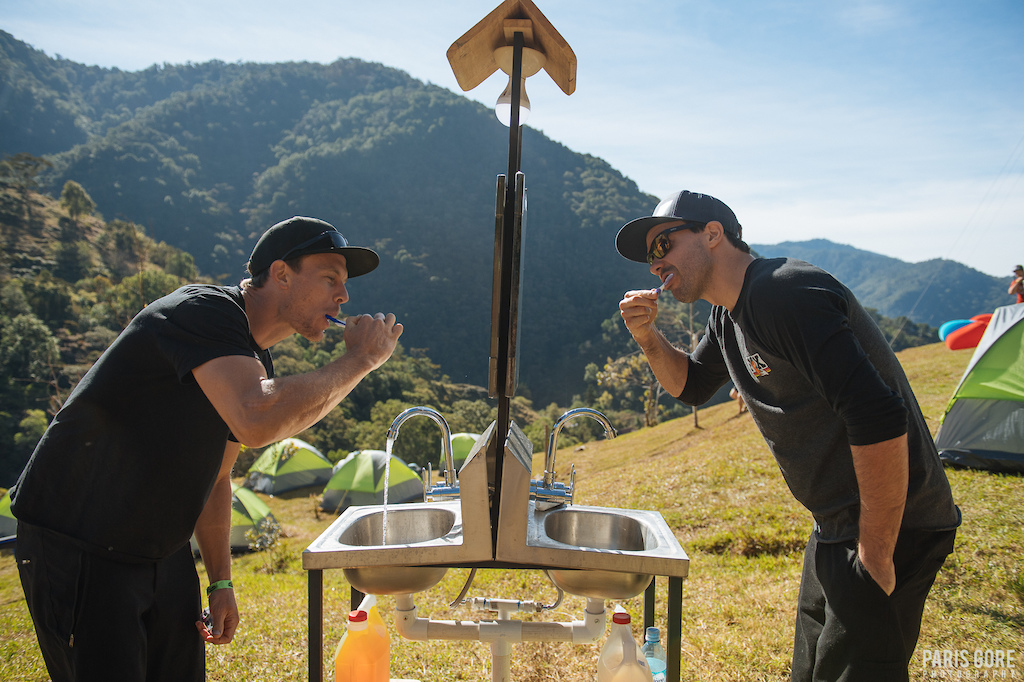 Not a bad view to take in while performing your morning rituals. 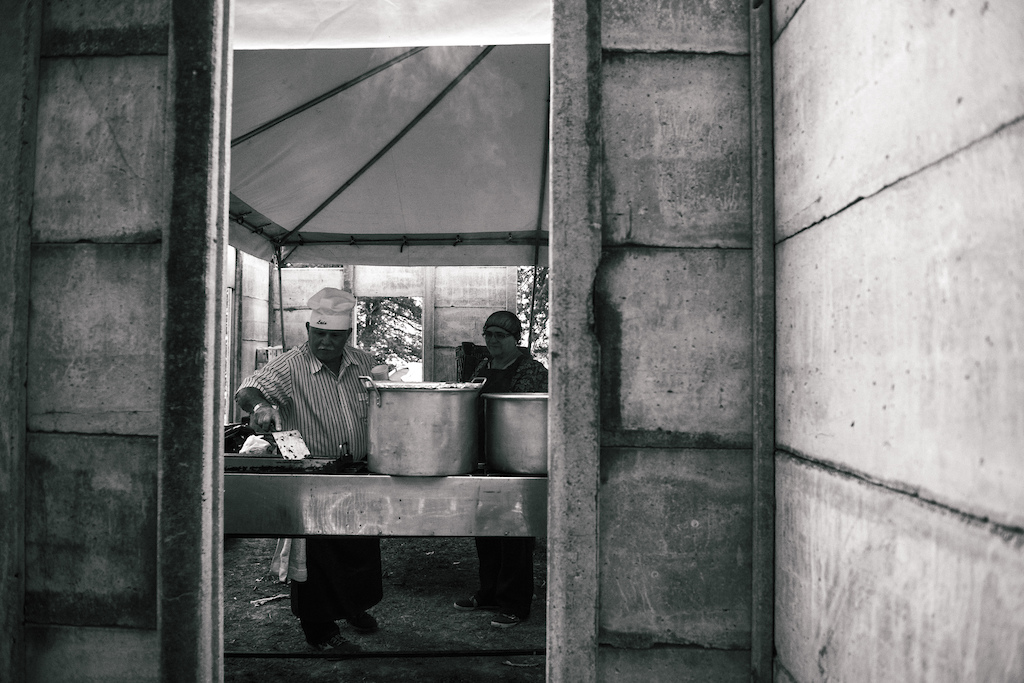 The locals, hard at work prepping for the day's meals. 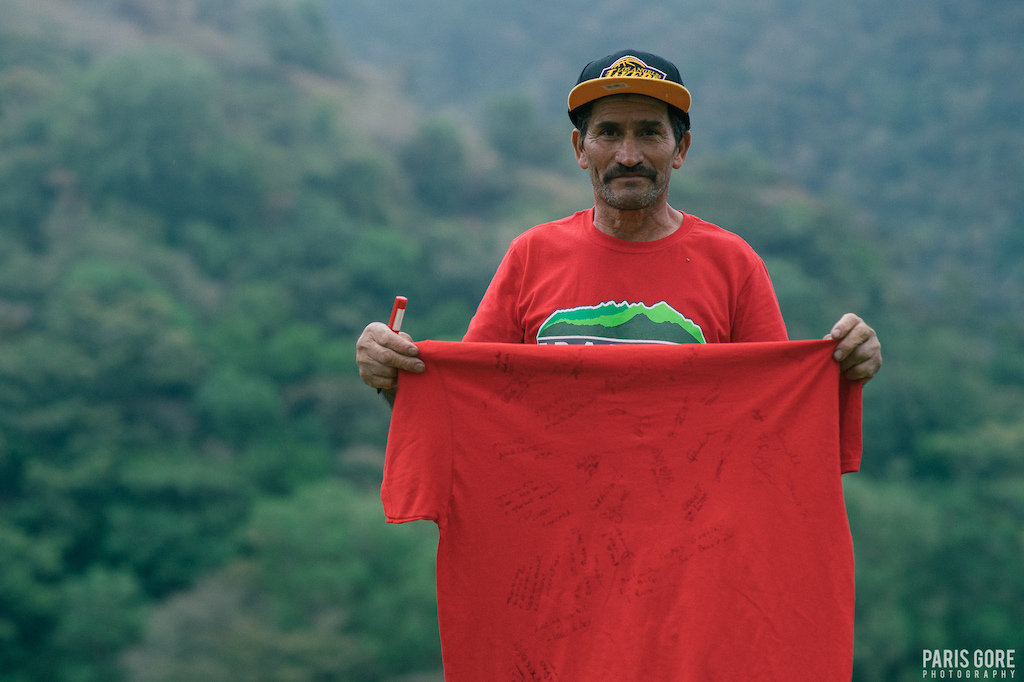 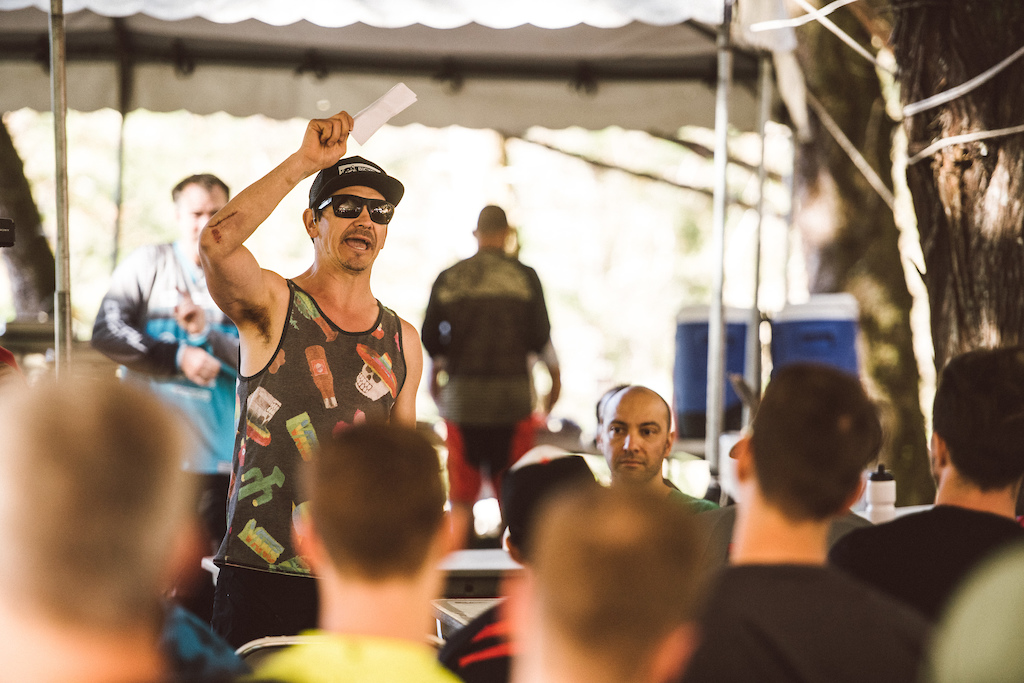 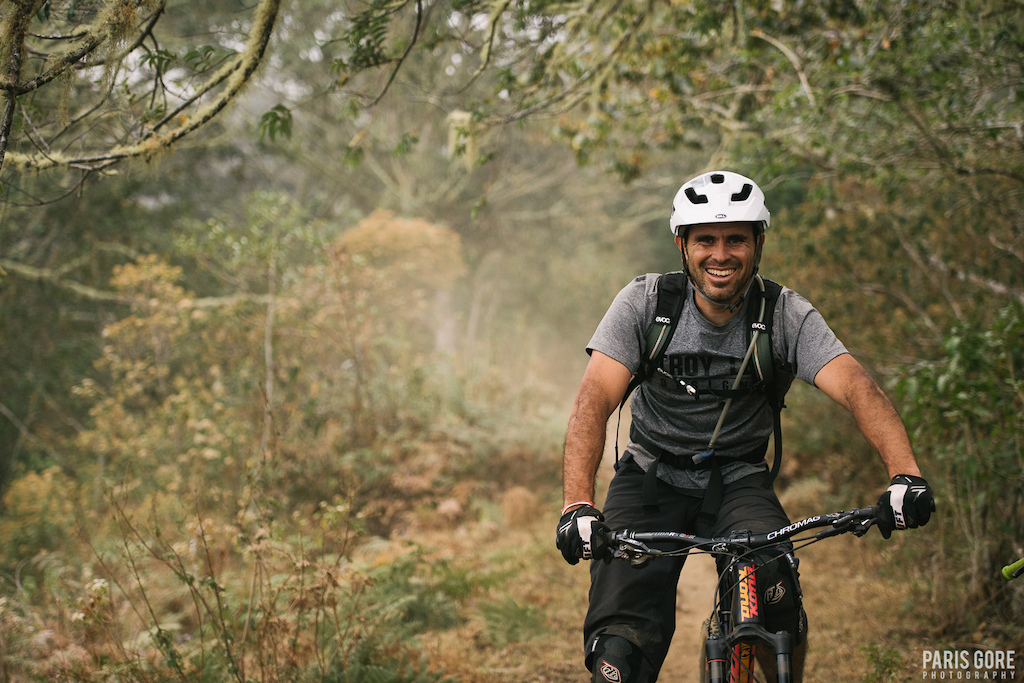 ... And Paolo
Rumble in the Jungle
For many riders, the long winter meant limited time outside on the bike and dropping into the first stages for Day 1 would be the first real ride, let alone race, of the year. The best part about blind racing is that you never know what you’re getting into and you just have to react – so that should have made it easier to dust off the cobwebs, right?

A shorter first day gave us all a chance to acclimatize to our new surroundings and really get a sense of what the jungle of Providencia would be throwing our way over the next few days. It was already clear that a bit of conservatism would be the key to survival! Jay wasn’t kidding about the steep rawness of the trails - and we were just getting started! You really couldn’t ask for a better way to kick-off the riding season than just diving right into the unknown. 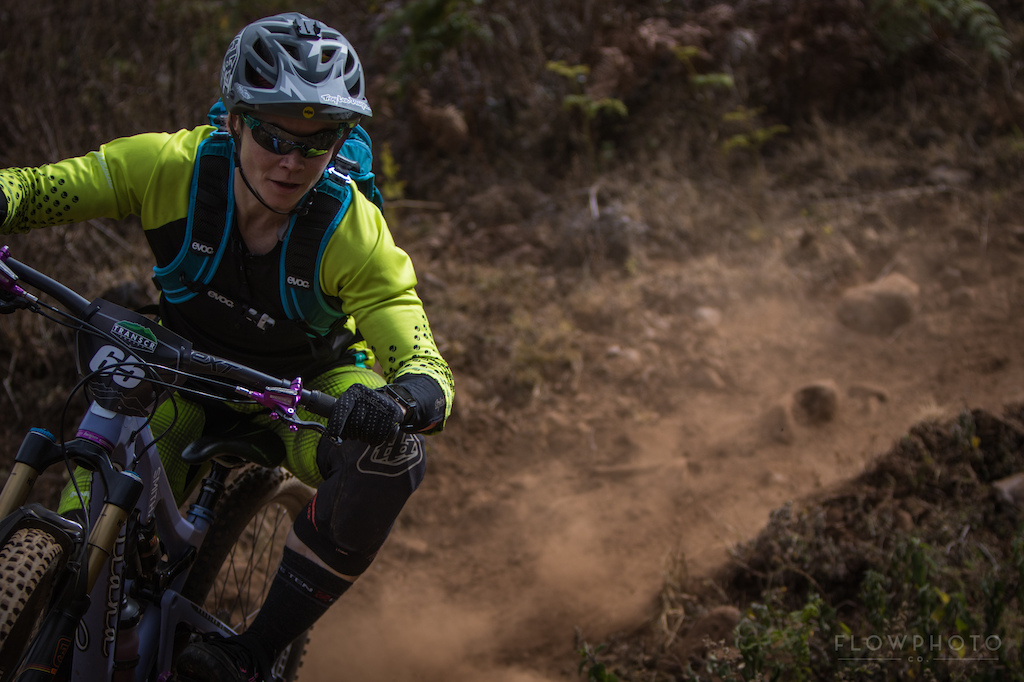 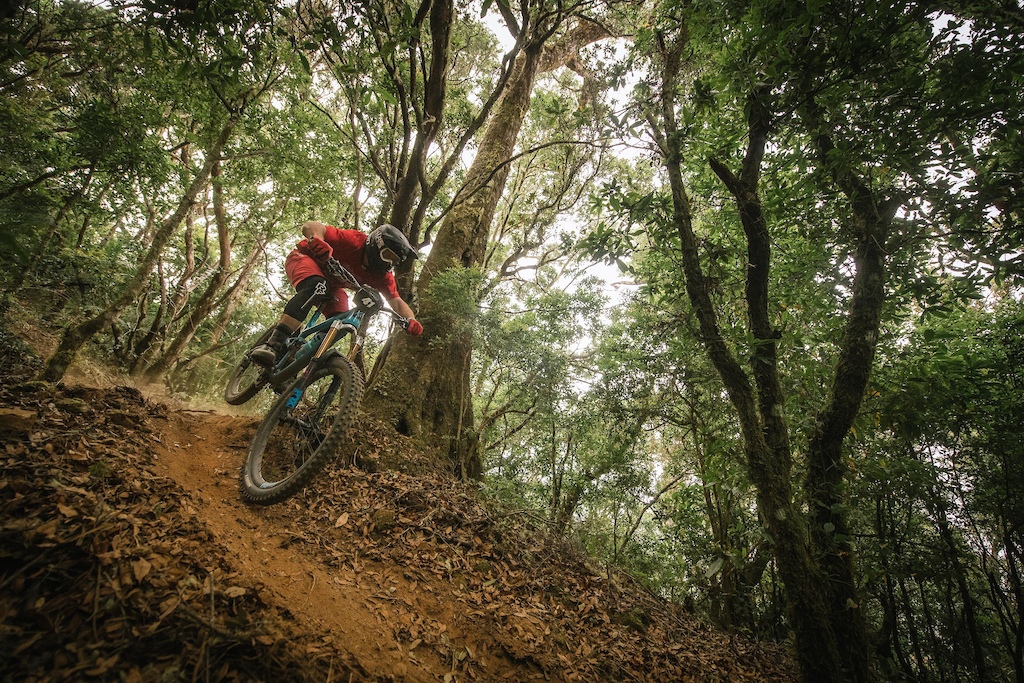 Every morning over breakfast, Jay would instil just a little bit of fear into riders with his descriptions of the steepness of the terrain we’d be feasting on throughout each day – but nothing could have prepared us for the relentlessness of what was to come. The terrain was not what a lot of us expected, but as racing buddy and pro-female champ, Amy Morrison, explained “it was everything I’d want a trans race to be”.

Extremely physical and mentally challenging descents and a long, yet stunning, hike-a-bike transition were what we endured for day two. Maybe it was the high altitude – or maybe I’m just a glutton for punishment – but despite how challenging the ascent was, it seemed fun (maybe type two fun)! Over the course of the one or two-hour hike (I lost track of time. . . it was probably for the best), stories were told, laughs were had, and the feeling of accomplishment when you made it to the top was indescribable – high fives were flying! 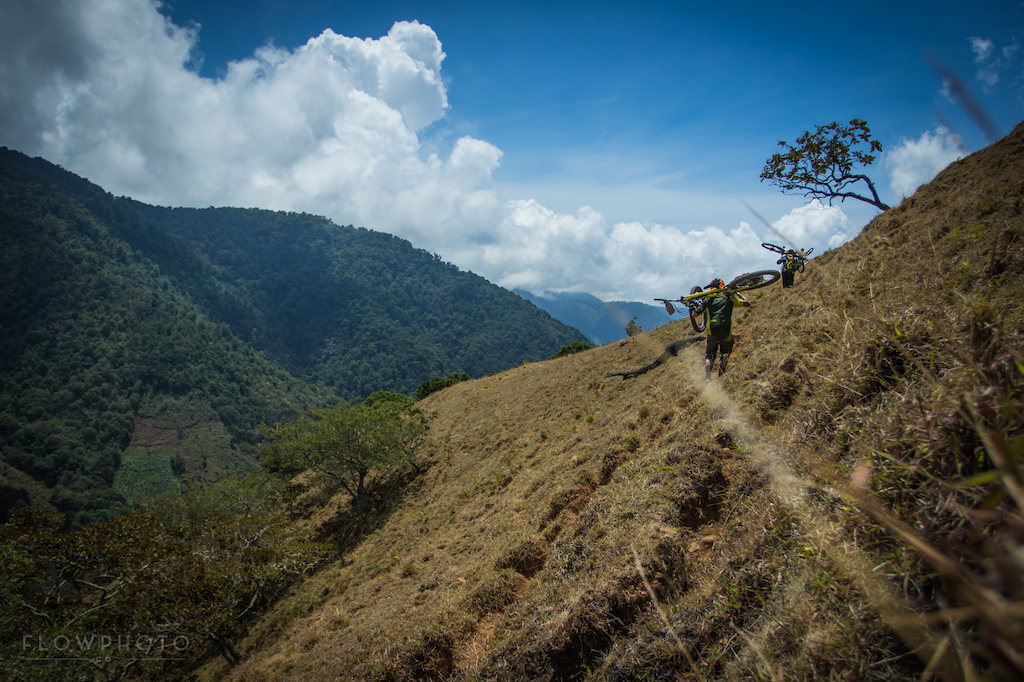 As it turns out, Trans Costa Rica is not an experience for the faint of heart or the weak of spirit. Stages were chalked full of relentlessly steep, loose, twisting, raw natural terrain with some stages having us racing over 20 minutes of uninterrupted physical and mental challenges. You couldn’t take a back seat at any point because you’d risk getting caught out and ending up in the bushes. Day two of our wild and crazy adventure caught a few riders up, including Botsy Philips, but that didn’t stop anyone from appreciating what the jungle threw our way. As Botsy describes it, “the trails were steep, raw, and wild. I got claimed on day two but that’s just the way trails should be in a blind trans race; a wild adventure." Pura Vida as they say! 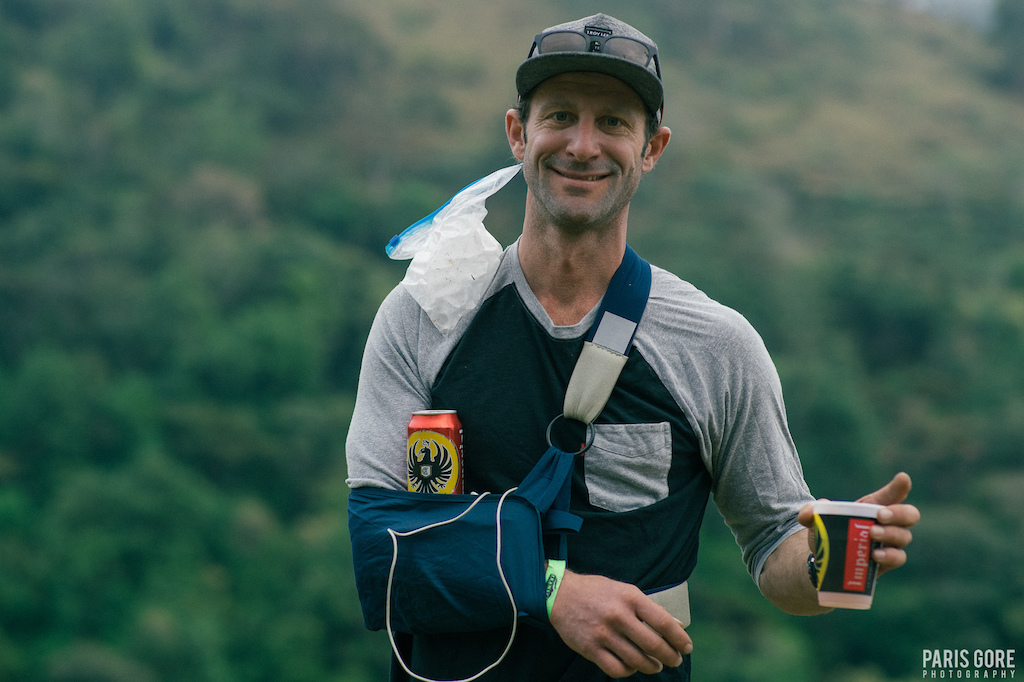 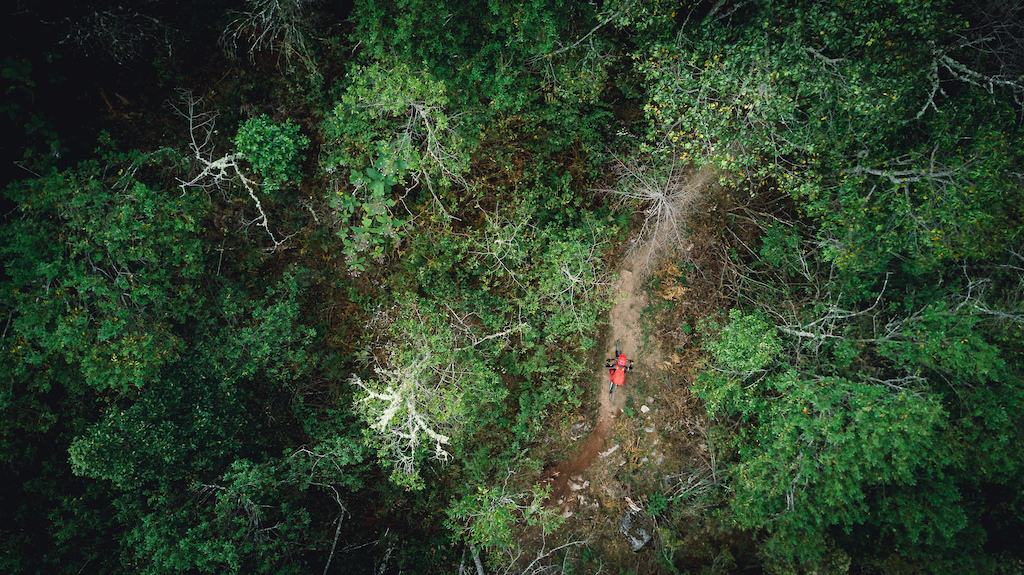 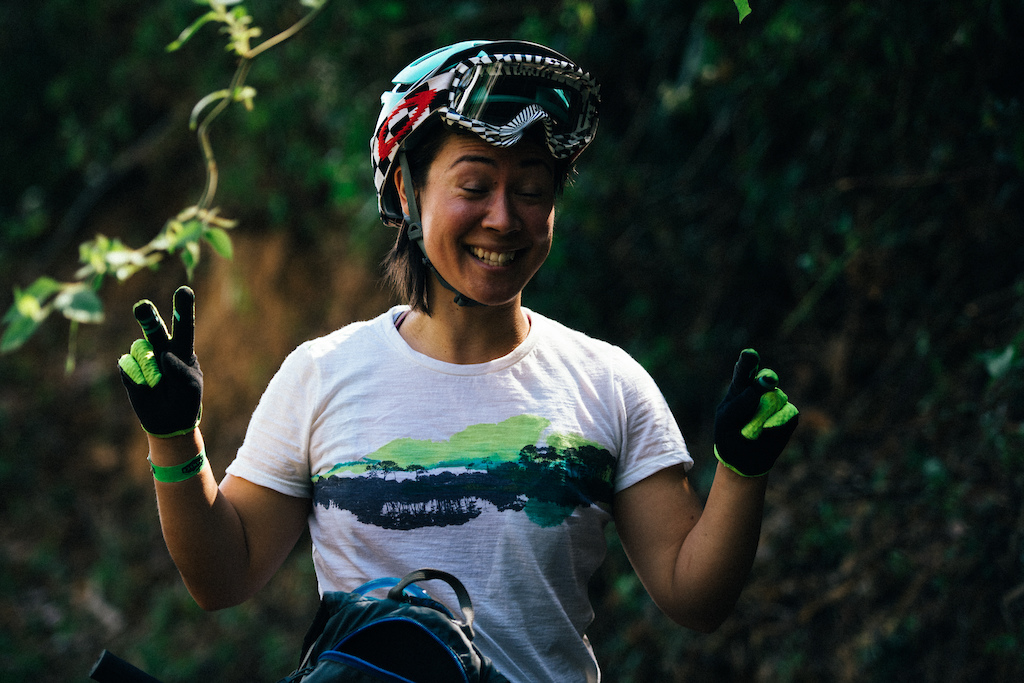 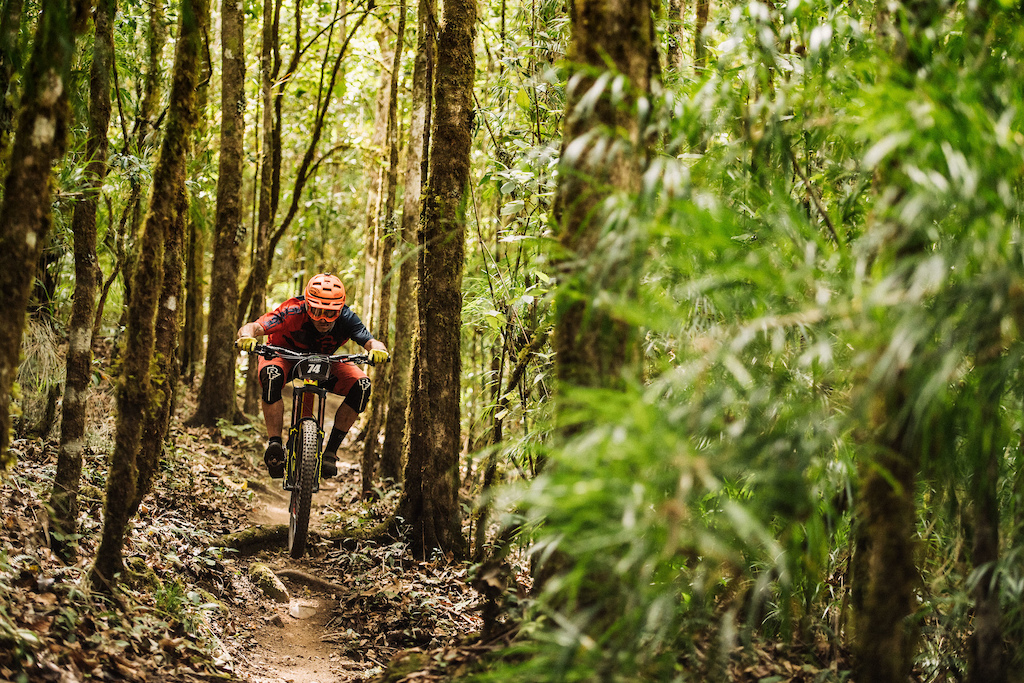 After a big second day of racing (and maybe a few too many cups of ‘jungle juice’), at the start of day three we were all stoked to discover that we’d be getting shuttled up to some higher elevations over our final two days. If anyone thought that meant some mellower stages and a reprieve from the ‘gnar’ they would’ve been sorely mistaken.

Day three took us down some longer, steeper tracks with a few steep-ups mixed in there to keep things zesty. One of the most interesting things about the Providencia terrain is that the pitch of the trails gets steeper and rockier the closer you get to the bottom – it’s truly a test to one’s fitness and ability to withstand arm-pump for extended lengths! A good set of breaks and bigger rotors were the key-to-success to making it through the day unscathed (and even then, that was a challenge!). The loose, tight, steep corners made clipless pedals a challenge as well, and I opted to switch to flats half way through the day – the old saying ‘foot out, flat out’ made sense here and made drifting those corners a whole lot more fun!

The day ended up getting cut a bit short, (due to some shuttling logistics), but I’m pretty sure this was a welcome reprieve for many, and gave us all more time to enjoy our little haven, exchange ‘war stories’ and cash-in copious amounts of Trans CR ‘Mini Bucks’ as we rested up for the final day of our jungle adventure. 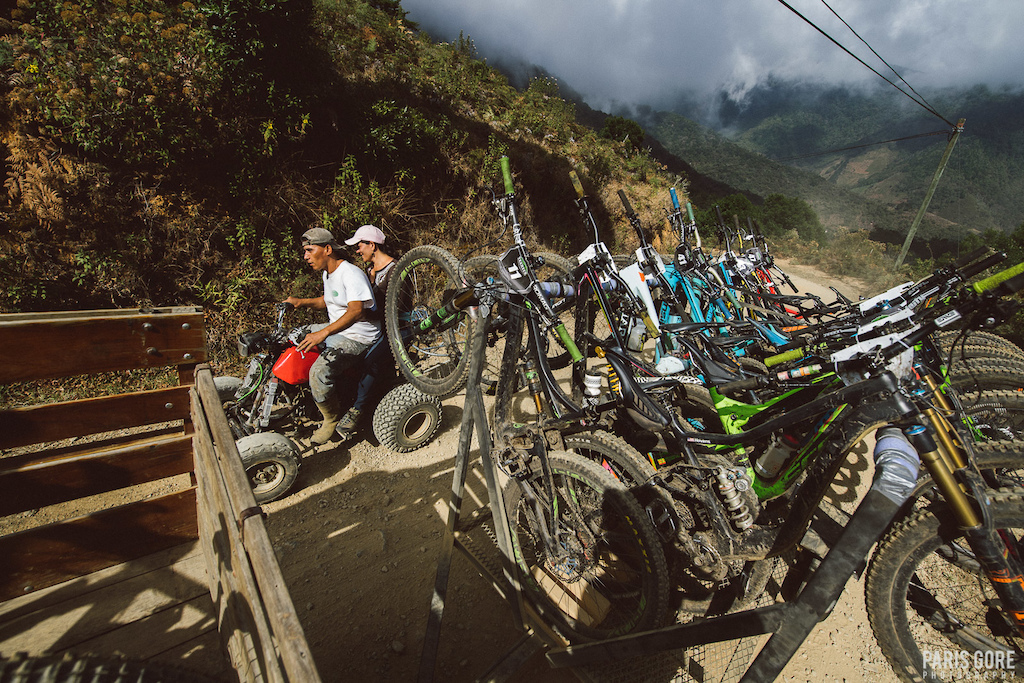 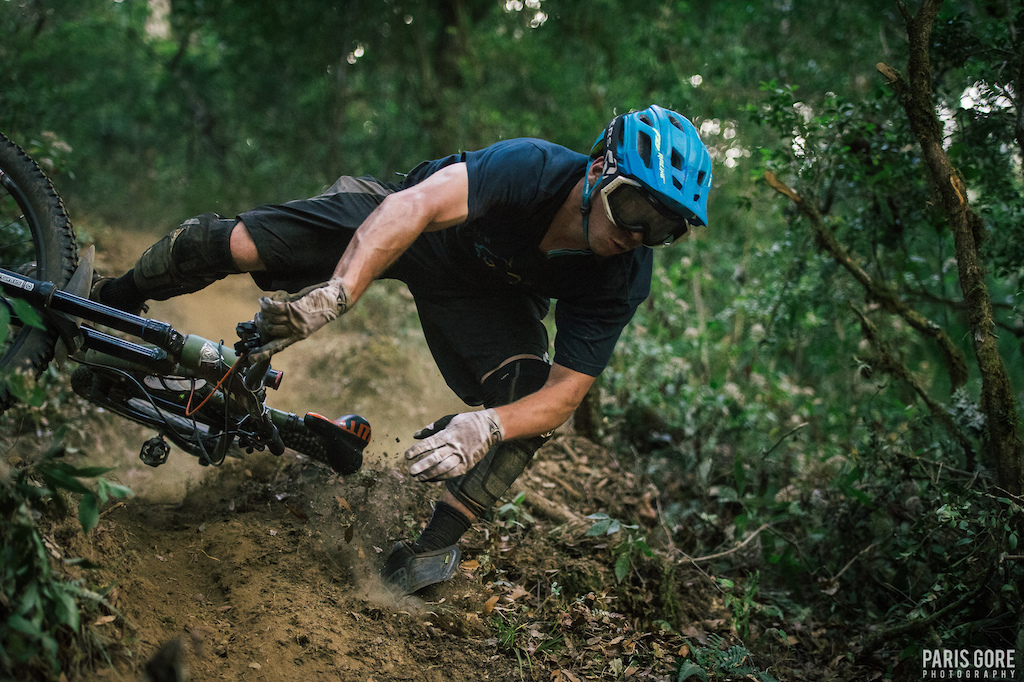 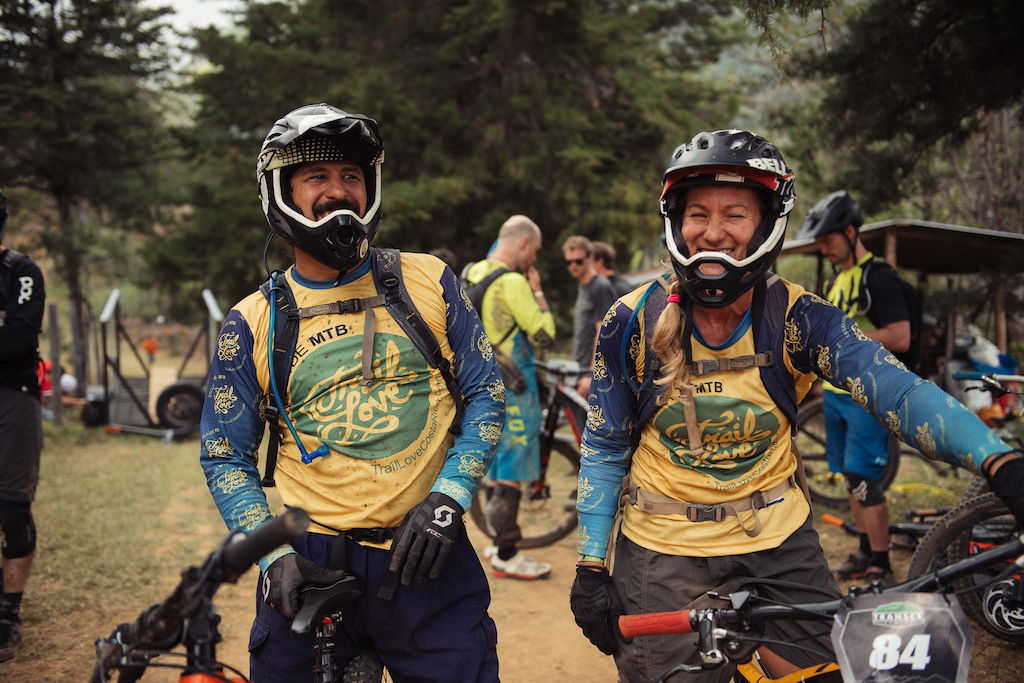 All smiles after one of the longest and steepest stages! 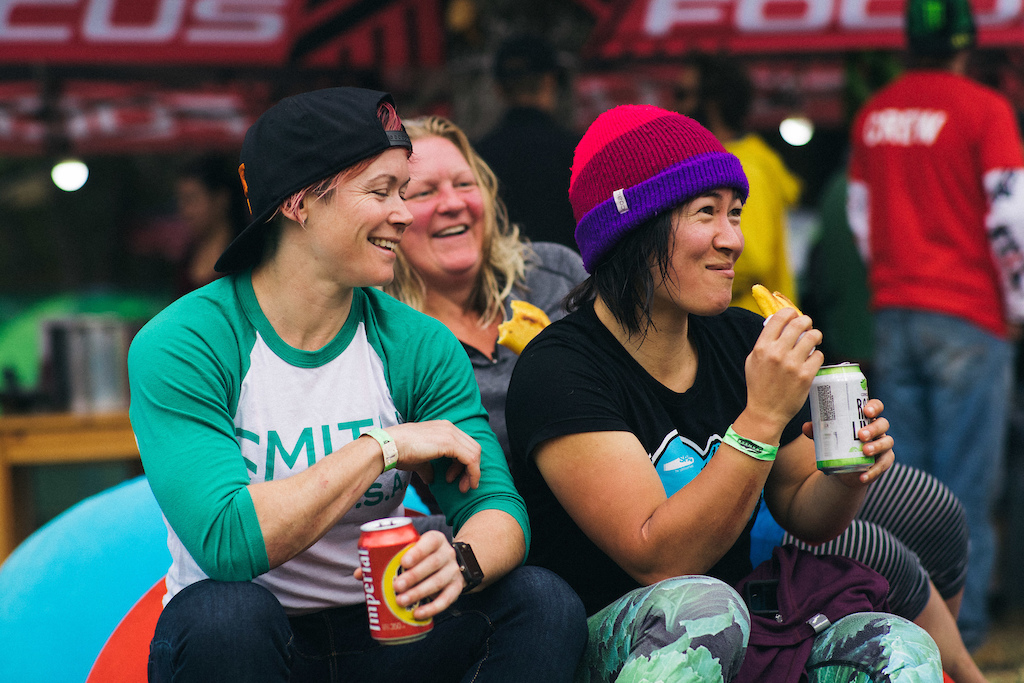 Post race homemade empanadas and classic Costa Rican beer were plentiful.
You could tell we’d all be in for a treat on the final day, since Jay could not contain his enthusiasm (over the fact that the final stages were some of his favorite trails in Costa Rica) as he gave us the low-down over coffee and breakfast. The longest stages yet, were what awaited us at the top of a long shuttle, followed by about a 700m climb to the start. As we got higher, the vegetation changed and we were all drooling over the juicy, highly sought after, jungle loam that greeted us at the start of our final stages. Jay was right about this track being the most fun, but true to the style of the terrain, you still could not break your concentration for even one-minute! Another mega-long descent, shot us riders out to some technical single track to finish and one false move (especially when tired) and a break in concentration sent me (and a few others) into the bushes just moments before the final stretches of the track! Thankfully, we got to repeat this stage on the final day and knowing a bit more of what to expect made it easier to open-it-up and find some playful lines for round two, before making our way back to base-camp and a sweet party with all the locals in tow to wrap up our ‘rumble in the jungle’. 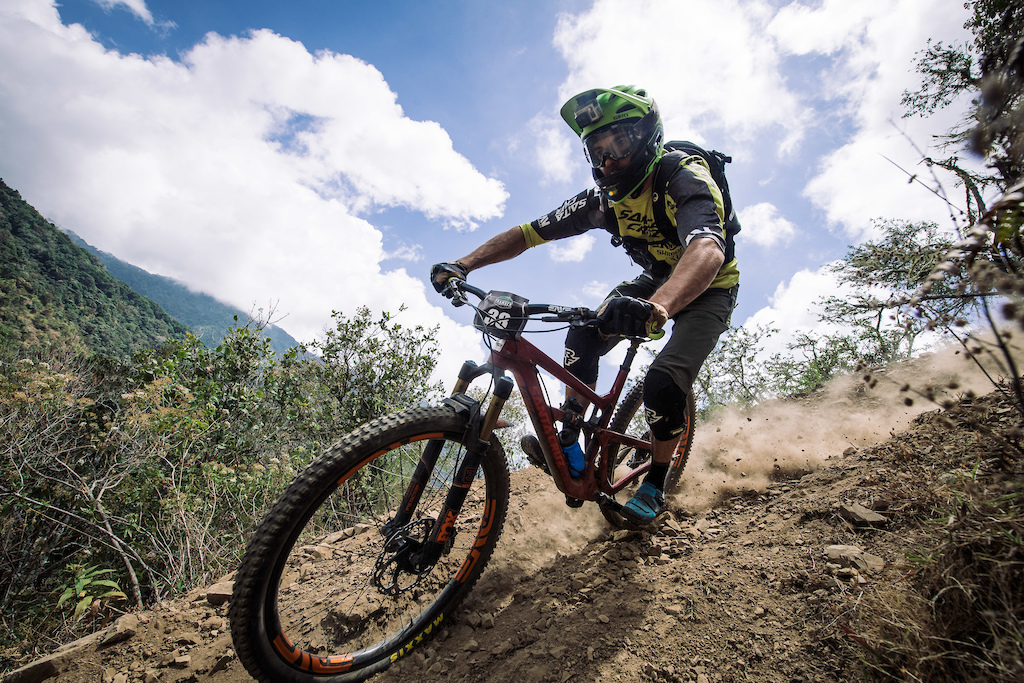 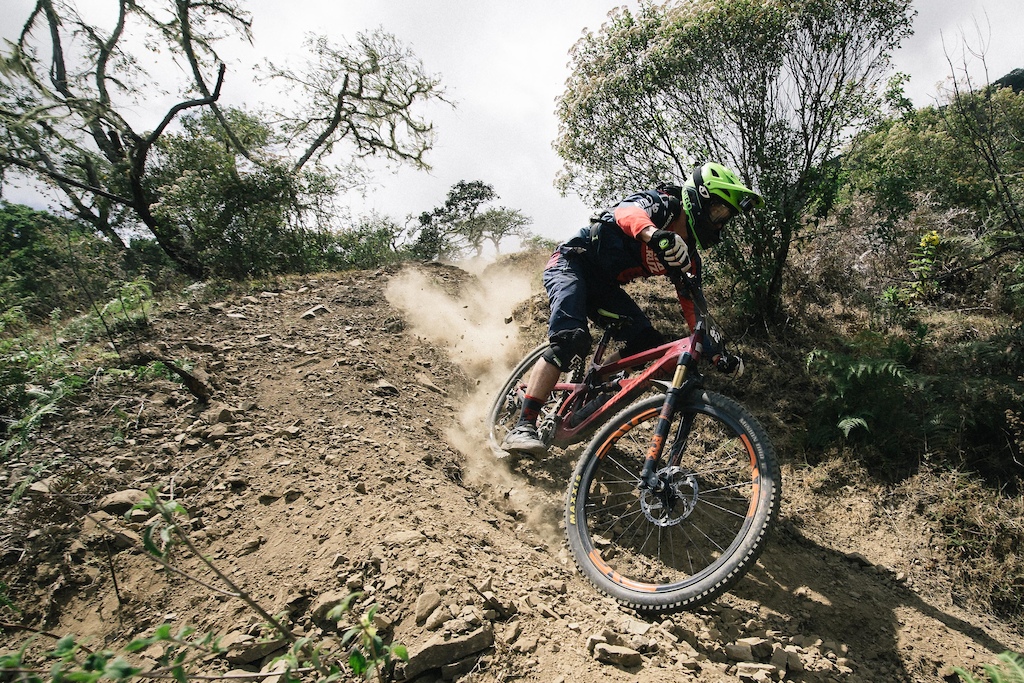 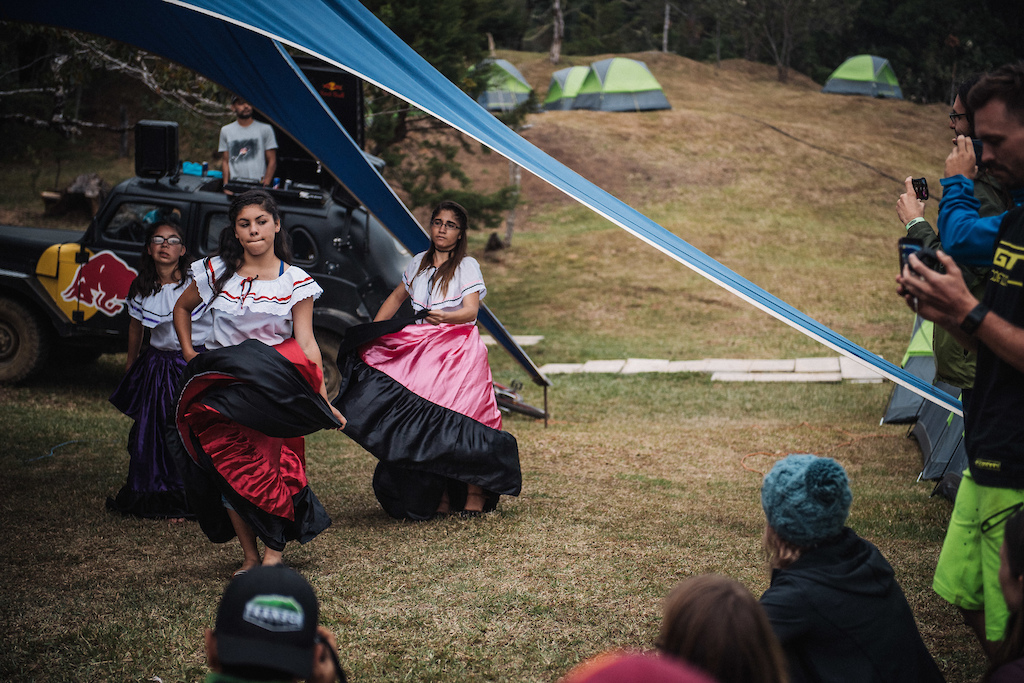 Traditional Costa Rican dance, performed by the local kids, kicked-off the closing festivities.
Pura Vida
The jungle was relentless, there were ups and downs, but despite this, there never seemed to be an unhappy camper. Every rider, volunteer and organizer came together to make things happen and when the jungle threw us curve balls we attacked them head on, as I believe Tarzan would have. Did we get to swing vine to vine as I had imagined as a kid, clearly not – but I believe in many ways, the two-wheeled version of Trans CR was even better than I could ever have imagined. For five days, we did live the simple life and it was the greatest escape I could have asked for! 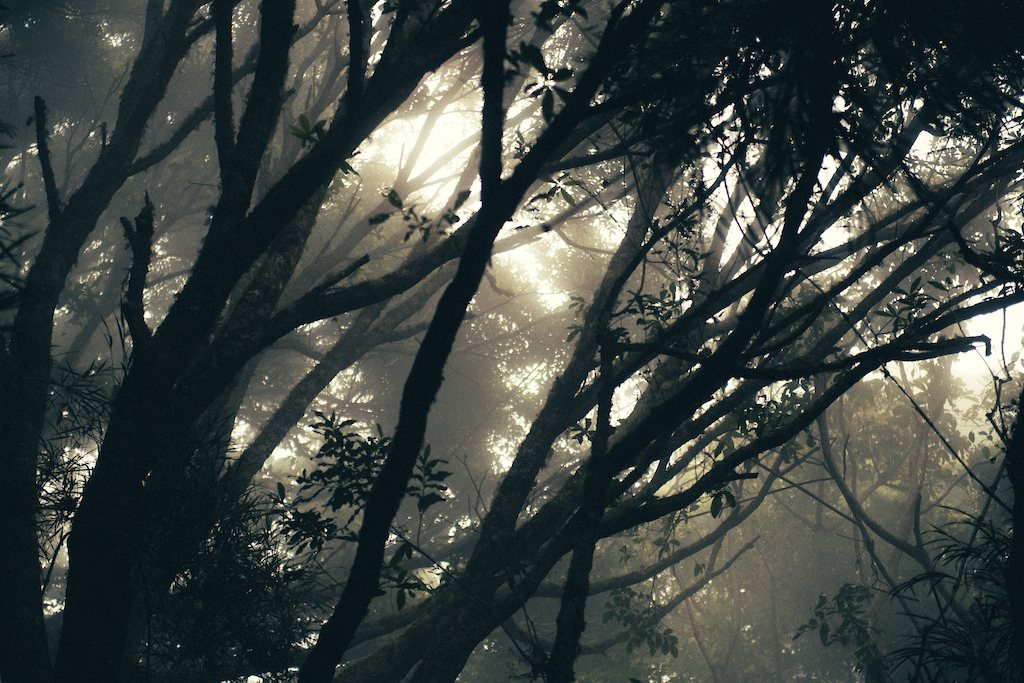 estecallo (Sep 2, 2017 at 19:55)
Awesome to see the Trans CR again on pinkbike. I really hope for the next race that the organizers look for better support from the tico riders (there was little participation if you see the race list) and the national shops, they can give so much more to the Trans CR.
Theres a big network of trails in Providencia, in both sides of the mountain, that could make a bigger, longer and steeper race.

GoatsandTrails (Sep 5, 2017 at 1:58)
A true Trans CR would be amazing. Adding som rea stages from each part, starting aorund the Limon or Tortugero area and ending with stages in Palo Verde or Santa Cruz. Somehting like 6 stages around Costa Rica, That would be epic!. But all this could only be possible with thehelp of the Shops and local raiders.

I just look for forward to do my own trip to CR really soon. Pura vida!

mrtoodles (Sep 2, 2017 at 2:42)
These events always look so awesome. I'd love to know how normal regular MTBers would survive them though.

socalbomber (Sep 2, 2017 at 2:32)
Sooooo how do I sign up for this? I think I speak on behalf of the entire PinkBike community

whitler (Sep 2, 2017 at 2:39)
Pretty sure megan rose puts these events together. Looks like botsy got a free beer holder from first aid.

TransCR (Sep 2, 2017 at 16:36)
Hey guys
Thanks for the interest. We're a group from Canada and Costa Rica. Our team page seems to be missing after I updated the website. If you have any questions feel free to email me. Jay@racetranscr.com registration opens sept 12. We'd love to see you there.

bishopsmike (Sep 2, 2017 at 5:41)
Amazing write up, just the entire experience looks awesome. Looks like you could easily make some lifelong friends there.