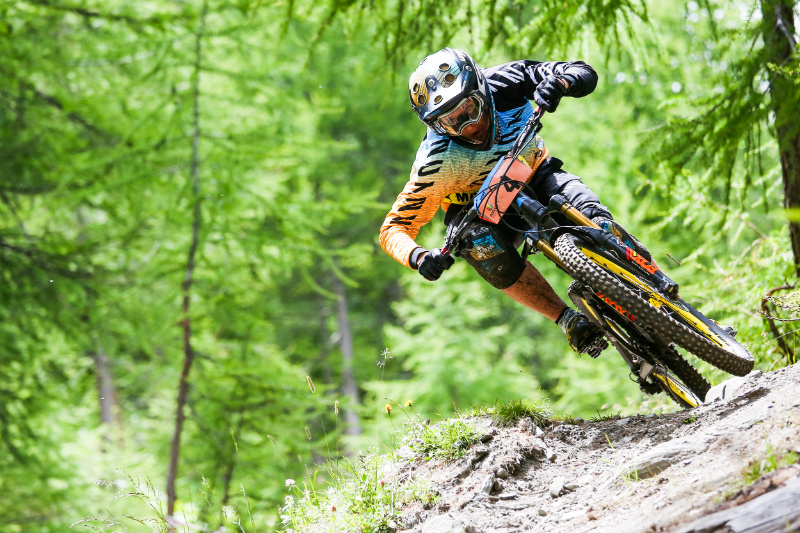 One of the best things about enduro racing is you get a whole load of factors that impact the overall result. First of all, there’s the terrain: the kind of trails on offer can change the outcome of a race completely. Second, there’s the rider: how fit or mentally strong are they? Third, the bike: attaining the perfect setup to attack the race can be an art form. And last but not least, you've got the weather. This can be so influential that it has a major effect on all of the other factors just mentioned.

Overshadowed by the hulking mass of Mont Blanc high up in the Aosta Valley, La Thuile’s weather threw everything it had at us. Four seasons in one day puts it lightly, these were some of the most extreme conditions we’d ever experienced in the Enduro World Series. 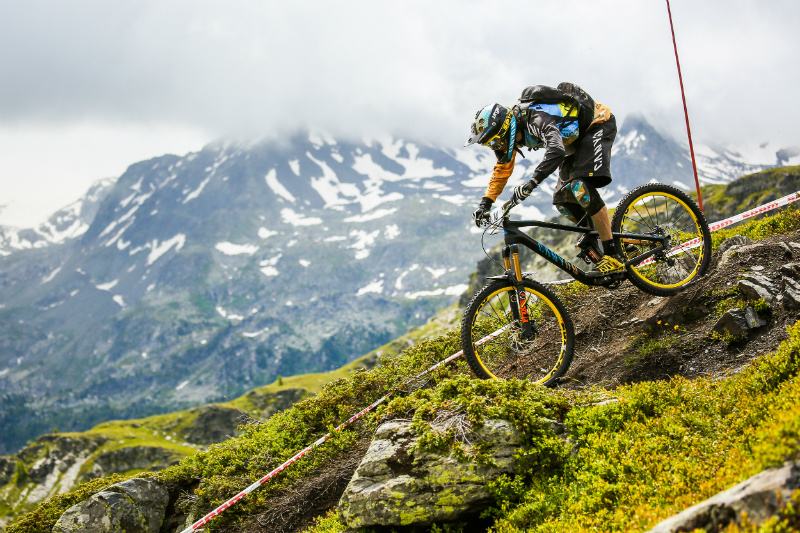 It was the first time La Thuile had ever hosted a race like this, but from the welcome we got when the EWS rocked up in town, you’d think they’d been doing it for years. Two days of racing lay ahead of us, three stages on each day and a combination of pedal transfers and lifts. With a mix of exposed, rocky high alpine trails and a network of flowing paths laid down by mine workers centuries ago, the terrain had a bit of everything.

On the morning of first practice we woke up to sub-zero temperatures, high winds and hail lashing down; not exactly the weather we were hoping for from an Italian summer. When competing so high in the mountains though, you have to be prepared for all conditions come rain, shine or snow...

With the start line way up at 2600 metres and the weather and visibility changing every minute, the riders faced over 10 km on Stage 1, making it was one of the longest they will face this season. On paper this kind of course shouldn’t have suited Joe’s riding style, but after recording the 4th best time he sent a clear message to the rest of the field that he was definitely up for it. Combining consistency with a wicked pace, Joe ended the first day in 5th with the podium in his sights. 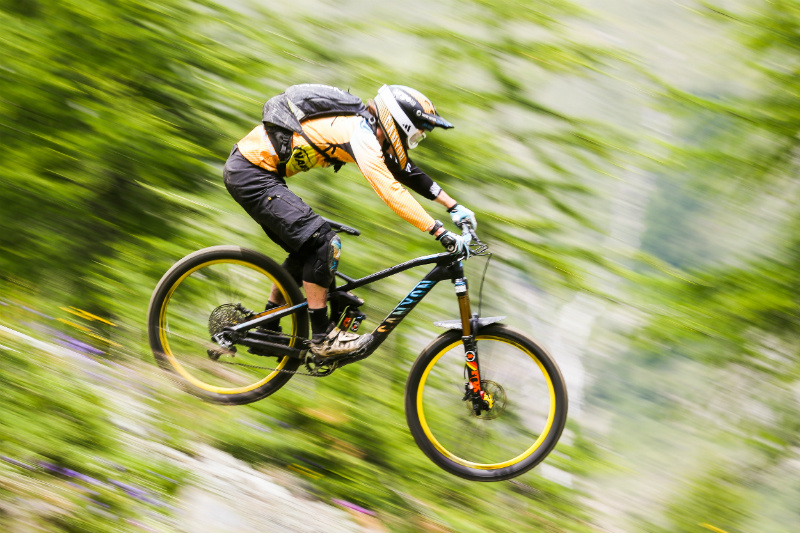 Ines was also unfazed by the harsh conditions on the first day and ended up in 4th spot overnight:

“For the women the weather wasn’t so bad, it was almost warm enough that you could break a sweat on the ride up! You couldn’t see a thing right at the top though, but after a few minutes riding completely blind everything got a bit clearer. I ended up 4th after the first stage so I’m just looking to do more of the same.” 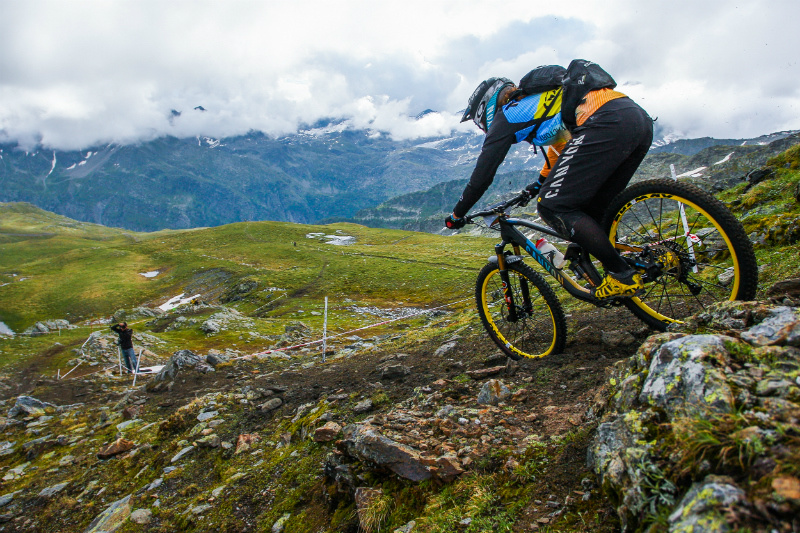 There was no let-up for Day 2 with heavy rain forecast at high ground as it seemed the calendar had shifted back a few months to spring, making Stage 4 a total washout. Stages 5 and 6 luckily took place further down the mountain so the trails were more sheltered. All of Sunday’s stages had lift access and Joe came out fighting, nailing his run on the first challenge of the day to take the best time by 10 seconds and notch up his second ever stage win. That incredible performance cemented Joe’s spot on the podium with just 4.5 seconds separating him from 1st after six stages, proving again just how tight it is at the top this year:

“Right from the beginning on the first stage 4 on Sunday I really pushed hard and took my second stage win for this year. Unfortunately when it came to the end when I was sitting in 2nd position, stage 6 was my worst run, but I still came down with the 6th fastest time. It was really good to show some consistency over the whole weekend. I´m so happy that it paid off and I was able to finish another weekend on the podium.” 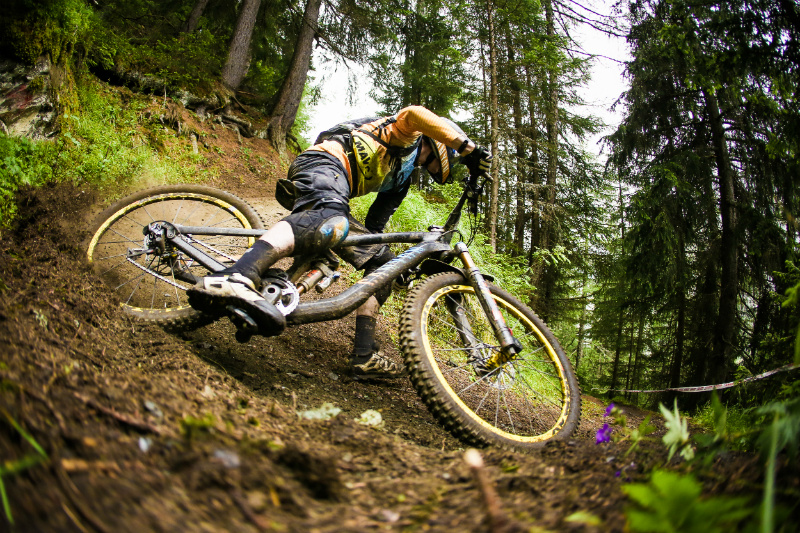 Ines gave it everything to defend her 5th place, sprinting for every last second and leaving it all in the mountain. After his recent brilliant win in the European Enduro Series at Flims, Ludo was unable to capitalize but still managed a solid 21st place. 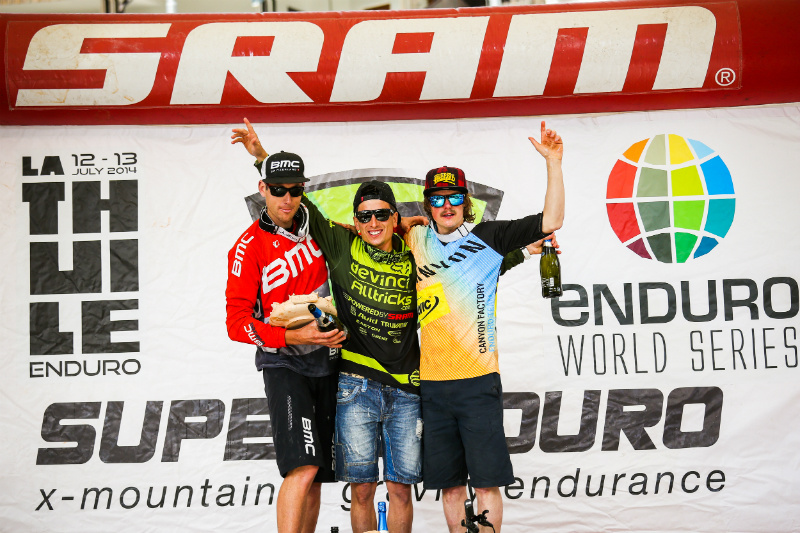 Right on time for the podium ceremony, the clouds parted and summer finally arrived to round off a great weekend in La Thuile for the Canyon Factory Enduro Team. Now it’s time to head back to HQ in Koblenz to restock and pack our bags for a flight across the pond to Colorado and Whistler in just a few days-time. Look forward to the next edition of the Strive Diaries coming your way from the Wild West in Winter Park, USA! 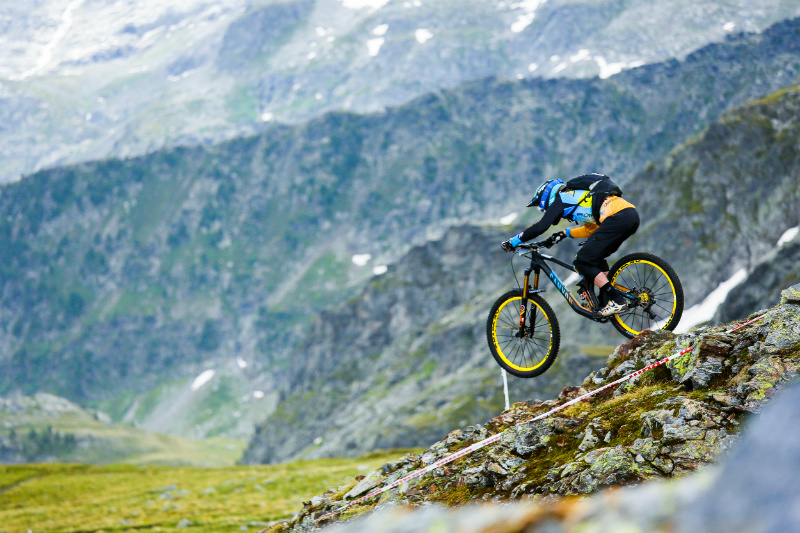