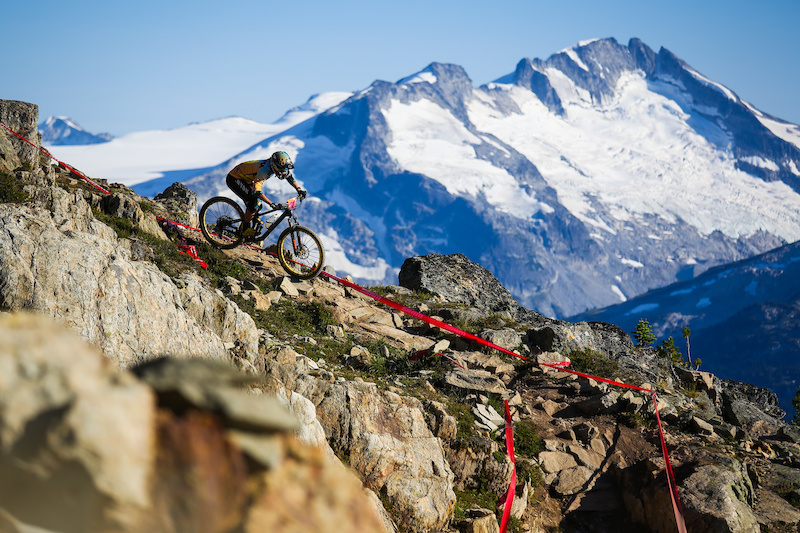 Getting to Whistler was way easier than any other race so far this season – a short hop from Colorado followed by a two hour drive and we’d arrived at Mecca for gravity riding. Last year’s race in Whistler got Pinkbike’s nod as the “Best Race of the Year” – no pressure then, expectations for 2014 were sky high.

As soon as the stages were unveiled on Wednesday, the riders’ jaws hit the floor when it became apparent what lay ahead of them. The Crankworx organisers couldn’t be serious – oh but they were: 5 stages, 60 km, over 2400 metres of climbing and 33 degree-heat forecast. On top of all this, a classic one-day format. This was going to be harder than the rounds in Scotland and Valloire put together…

The stages could be walked in the lead-up, but most decided to save their legs for the two practice days before judgement day on Sunday. 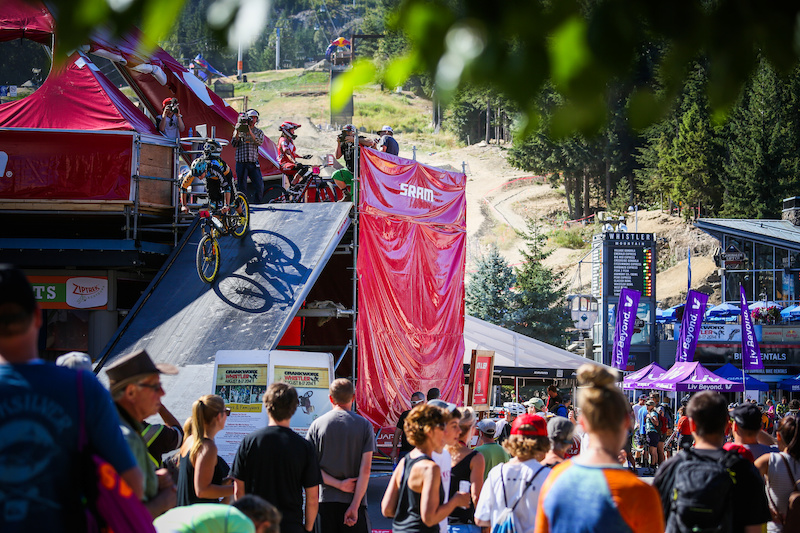 The race started out perfectly for us. Ludo got 8th on the first stage, showcasing his potential, while Joe was just off the podium in 4th, with Ines 6th. Steep and dusty but loads of grip to get the tyres stuck in, the guys were loving it at the sharp end. 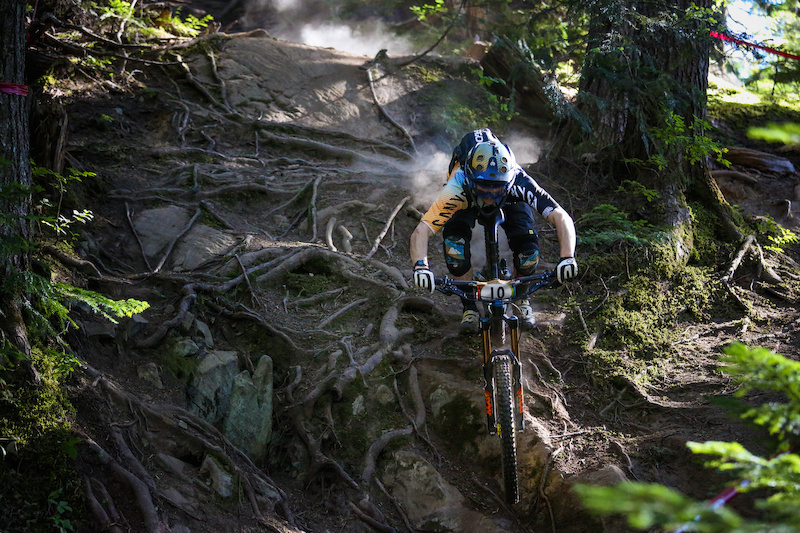 On Stage 2 things started to come unstuck for Ludo:

“I had a tough time out there – it all kind of went to pieces on stage 2 when I took a little trip OTB. It wasn’t too bad, but my shoe didn’t come with me, it stayed clicked in and then the cleat got damaged when the bike fell, it took me ages to get my foot back in and get going again when I realised my bars weren’t straight, so I had to get off and sort that out. Man that was some crucial time I lost there.” 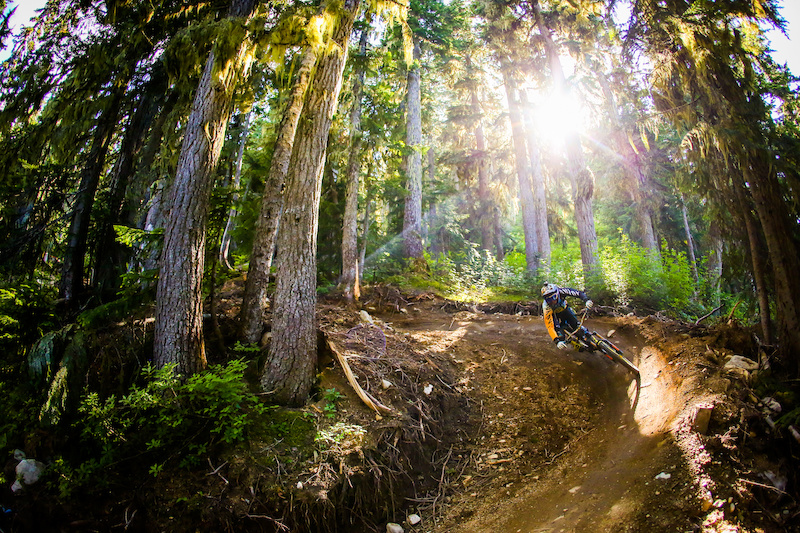 Luckily it wasn’t game over for Ludo and his times were back towards the top on Stage 3 down “27 Switchbacks”. Joe’s consistency shone through again as he moved up to third overall before things also began to slide downhill down “Ride Don’t Slide” on Stage 5.

“That was actually one of my favourite stages. I felt really good on it in training but half way down I got something caught right in my front spokes so had to stop and sort that out. That cost me a few seconds and after that I just lost the flow.” 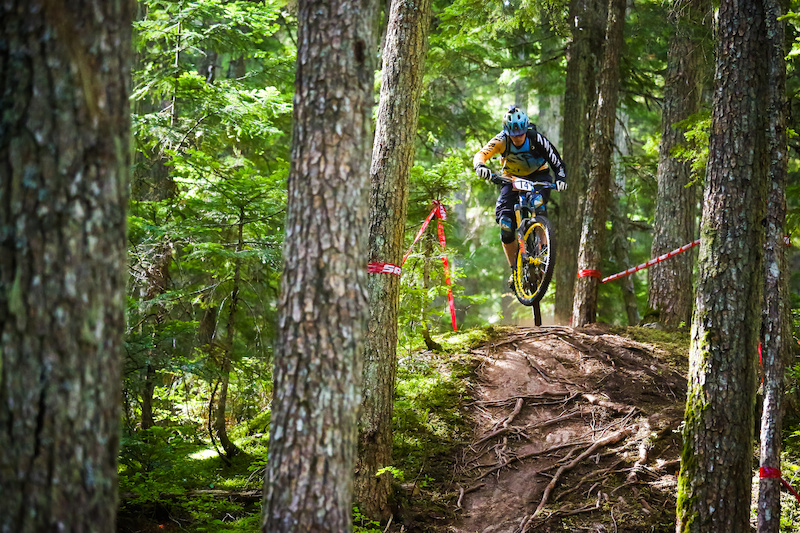 The tech check between the fourth and fifth stages provided a much needed break in the action before taking the lift up to start the final epic run down from “Top of the World”. Ines was already at the limit before the 25 km stage even began:

”I thought I knew the stages quite well from training but right after the first corner I barely even recognised the trail anymore. When 500 people have already ridden it at race pace, everything is totally bombed out. I had loads of energy on Stage 1 and was pedalling everything but on the climb up to Stage 2 I had nothing left in the legs. There’s only “Top of the World” to go, I think I’m gonna need a new body after that…” 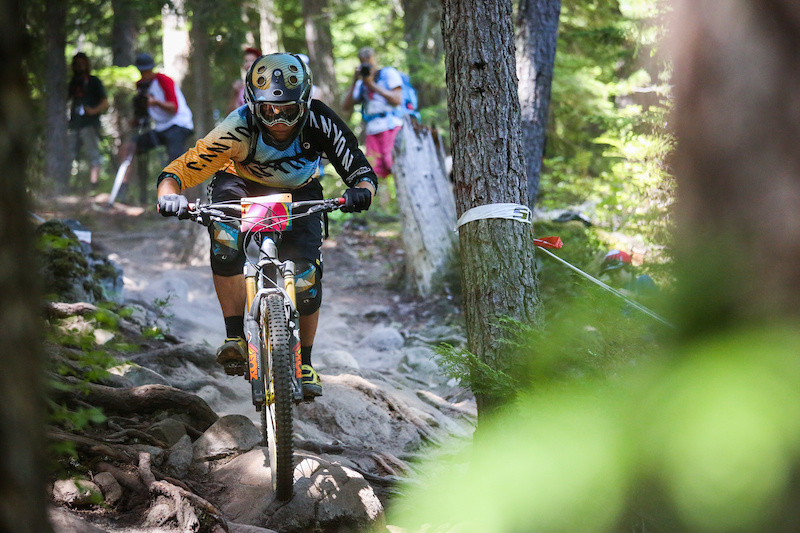 Unfortunately for Ines, she didn’t get to give it her best on the final stage as a puncture from the sharp rocks put an end to her challenge.

”That sucked… At first it was just soft, as soon as I noticed it I tried to keep my weight up front to unload the rear. That didn’t work for long so I could only roll down to the bottom.” 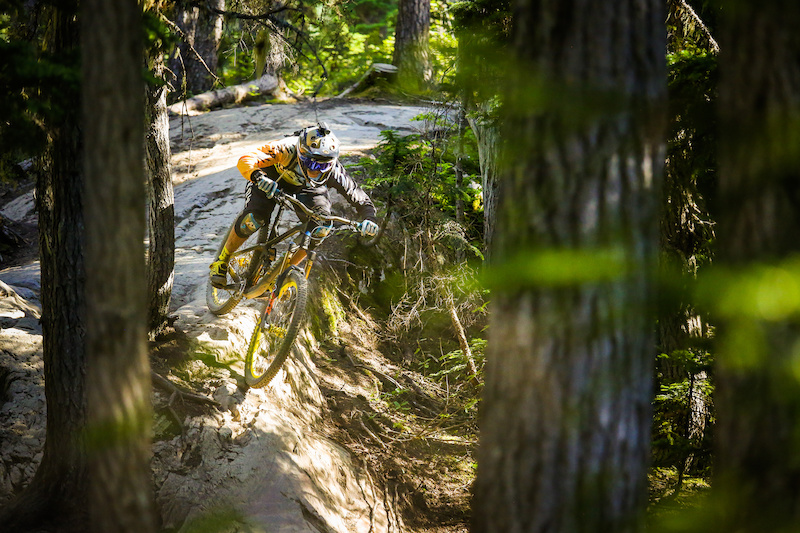 All in all, a tough day in Whistler where all the guys had a touch of bad luck: Joe got another solid top-10 coming 9th, while Ines’ flat tyre dropped her to 10th and Ludo ended up 25th. Now it’s time for a well-earned break. We’re heading back to Europe to recoup before Trans Provence in mid-September and then the final round of the EWS in Finale Ligure.