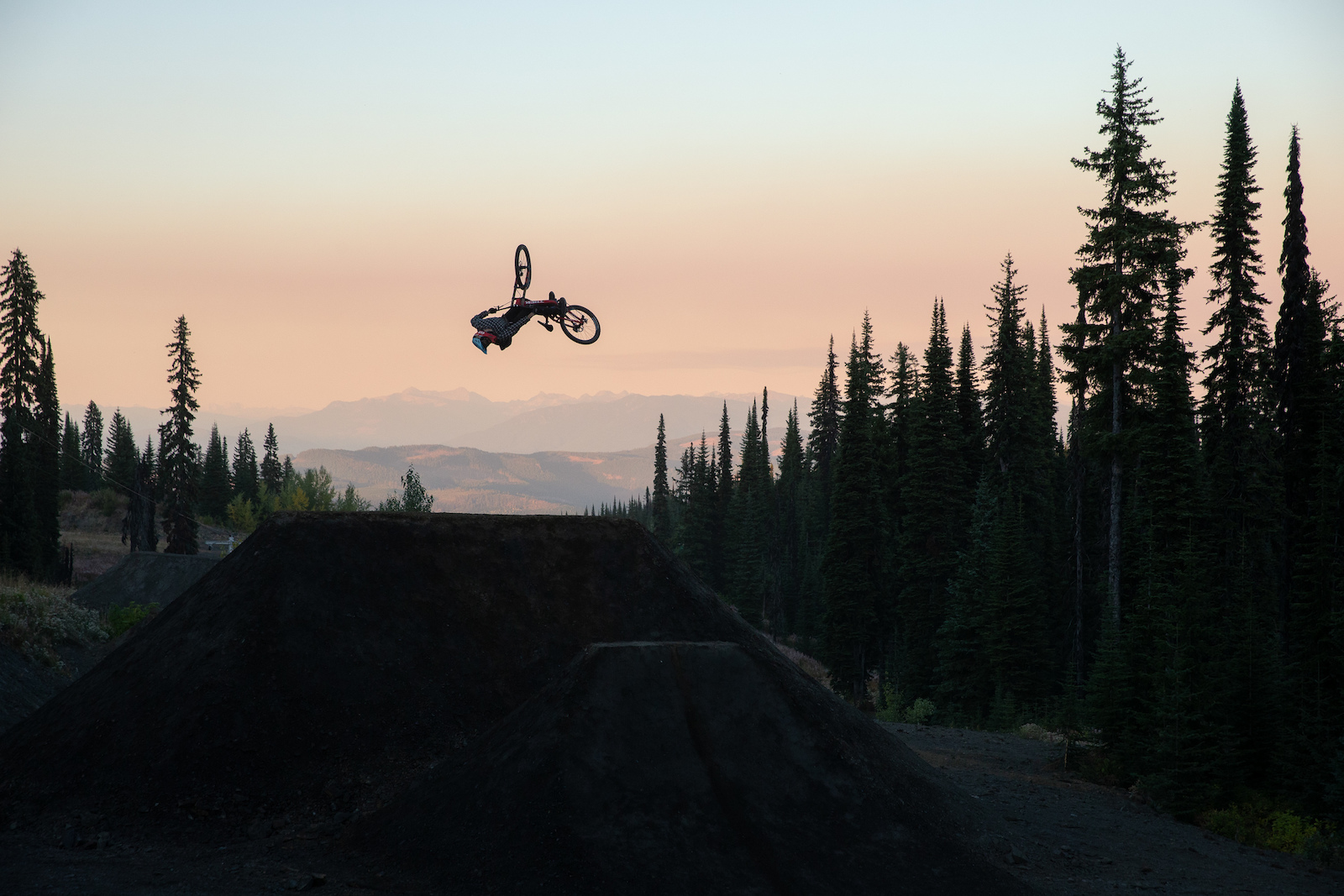 What a year it has been for edits! Videographers have taken us around the world from the highs of the Himalayas to the treetops of British Columbia and even a canalboat in Sheffield.

Squeezing down a year's worth of edits to ten was ridiculously tough. We had a shortlist of 20 that was shaved down to 15 and very nearly had to just call it a list of 11 because taking out Bryn Atkinson's Sound of Speed just felt wrong. We also had to limit it to one edit per rider/filmer.

So without further ado, in no particular order, here are the ten best edits of 2018.


I'll kick things off with the most watched mountain bike video in the world last year and Fabio Wibmer's Fabiolous Escape 2. Now sitting at 23 million views on Youtube, it blew up in April and it's easy to see why - a funny story, high speeds, and huge hucks make it an instant classic. For me, cutting out some of the silliness wouldn't have done it any harm but there's still plenty in there for it to make this list.


Gamble was easily my film of the year and one of the best sections from it was Connor Fearon in Retallack. Finn Iles in Pila and Blenki in Chile might also have made this list had they been released on YouTube.


There was always going to be a Semenuk on this list wasn't there? To be honest, he could have probably had his own list. With AIM, Inertia, Gallery, Contra and more, we've been spoiled by the master this year but I had to distil it down to one video for this list and his fourth Raw 100 is the best of the year.

Josh Bryceland - A Trip on the Bronson


This is easily one of the best bike launch videos in history, maybe only second to Josh and Cut Media's other work - Madeira Dreaming. A Trip on the Bronson is packed full of humour and style. Simply great.


The burliest edit of the year without question, the opening tree drop is gnarly enough but the edit just gets better from there.

This is why we need more pro downhill racers making edits. Ridiculously smooth and ludicrously fast yet Brendan Fairclough makes it look like just another Tuesday morning's work.


The Dream Ride trilogy arrived at a fitting finale this year and was again packed full of humour, stunning locations and masterful camera work.


Far more than your usual shralp fest, the story of RJ Ripper is massively rewarding and well worth your time - this is what pure love for mountain bikes looks like. If you like this then make sure you also check out The Kora, Joey's other Himalayan masterpiece from 2018.


A conceptual and engaging edit from Rheeder that takes cues from Life Cycles but adds totally modern twists. It has been criticised for being overblown and too dramatic but that back yard section can go toe-to-toe with Revel Co's output this year.


The BMX edit of the year for me was Dennis Enarson's Caps Lock. Most of these gaps would be impressive on a mountain bike... and that's before you put the tricks in.


What did I miss? Throw out a mention for your favourite edit of the year below.

airsoftesneeto (Jan 7, 2019 at 9:22)
im gonna watch that again, thank you. Actually, here is the link. let's make this the honorable mention:

Rubberelli (Jan 9, 2019 at 7:40)
But it didn't have a plot or 'Disneyland Corporate Sponsor Theater narration' to tell you how magical everything is! It doesn't even have slo mo shots of his ectastic or disappointed facial expressions!

mrtoodles (Jan 7, 2019 at 2:27)
Fearon's Gamble section is just so friggen good. I've watched it heaps of times and it just makes me want to go for a ride every time.

jimoxbox (Jan 7, 2019 at 3:36)
As a mtber watching a bmx vid i always start by thinking how stupid it is not having any brakes. After I’ve gone back and watched it ten times in disbelief I’m like yeah you boys are bloody gnarly .Insane...

igxqrrl (Jan 7, 2019 at 9:44)
Least this dude has a helmet. That's what blows my mind. No brakes, no suspension, no helmet, and they seem to wreck lots and wreck hard.

goldmund (Jan 7, 2019 at 11:44)
Skateboards don't have brakes either, so it's kind of in solidarity to the purity of committing to a line. I like that Pinkbike uploads non-MTB videos, to give perspective and push MTB rider/ videographers towards the level these guys are in. Dennis Enarson's segment is so good!

Stokedonthis (Jan 9, 2019 at 9:26)
@goldmund: i also like it that pinkbike is giving perspective into other sports, but i rather think the guys filming enarson‘s edit could learn a lesson or two from the Mtb videographers like aaron laroque, jasper wesselmann etc (not vice versa) ... can‘t see where his edit should be superior at any point

dh-corn (Jan 7, 2019 at 4:42)
Mike Hopkins on White Island is sick if you know how freaky this place is! New Zealand in general is amazing btw! All of this edits are amazing but Fabio Wibmer will make it and that's well deserved.

kungfupanda (Jan 7, 2019 at 20:29)
Put these on a DVD, and I'll give you $20 for it. I need a new movie for my cheap garage TV/DVD setup. Nothing is coming out on DVD anymore! I've been buying snowmobile and motor movies... I'd also buy a collection of Movies for your Monday, and also Fails for Friday.

Jordansemailaddress (Jan 9, 2019 at 3:51)
The most memorable MTB video of 2018 for me was without question “How to buy a mountain Bike” from IFHT! youtu.be/yotOZVELSMc
The only way it could be better would be to have DJ VodVanCran himself create the soundtrack.

thenotoriousmic (Jan 7, 2019 at 3:16)
Just watched it for the tenth time. Definitely the best edit out of the lot by a long way. Mind blown.

Grononosse (Jan 7, 2019 at 12:42)
All of them are great riders BUT....
Only two of them are riding "the real world", I mean riding on a track wich is not perfectly shaped and prepared .... maybe Three of them because Dennis Enarson is riding "real" streets.

Too bad there is so many bobsleigh tracks and so few real free ride.

Fabio's video is the funniest one with no doubt !

danielshiels (Jan 7, 2019 at 13:00)
Other. Speed of sound surely? Bryn Atkinson riding like he's trying to peel the surface of the earth off, what's not to like?

PauRexs (Jan 7, 2019 at 12:06)
The awesome thing on Fabio's edit is at this heights when we almost seen everything on 2 wheels... He can pump your adrenaline skyrocket all the time DURING 10 MIN!!

kkse (Jan 7, 2019 at 15:10)
I jusr wish I could watch RJ Ripper. Do I need a Vimeo account to make it work? Couldn't watch it when it was released and still can't now. Bummer. Anyone know if there's something I need to do to make it play?

kkse (Jan 7, 2019 at 18:50)
@joeyschusler: that's good to hear Joey. I went to the Banff Film Festival in my town and unfortunately this movie wasn't on the roster. Now I can check it out! Thank you.

bluntaaronr (Jan 7, 2019 at 14:57)
Just taking entertainment value into consideration, the Stumpy advert should have made this list as well. Connor at Retallack is the best one on the list though.

shannonsandy (Jan 7, 2019 at 11:48)
except bunch of others according to popular opinion. Sometimes easy things done in difficult spaces shows a higher skill level than circus tricks. Like riding a bike in a straight line..... down a tree.