Interview: The Winner of Last Year's #fcancerup Evil Wreckoning - This Could Be You! 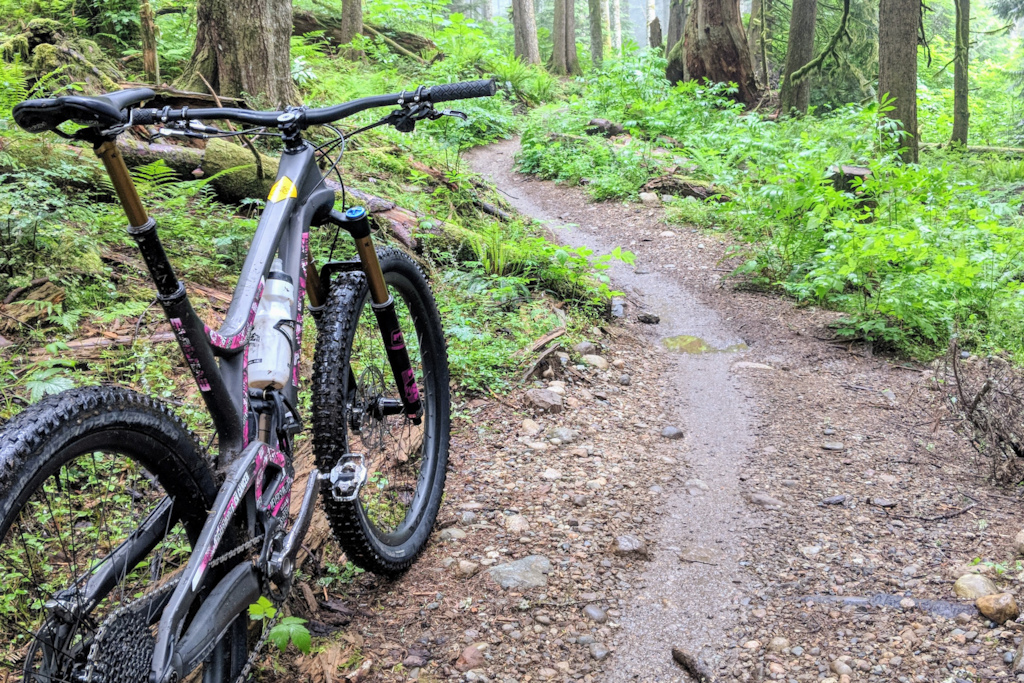 Last year Pinkbike readers raised over $80,000 USD in the quest to FCANCERUP, and this year we want to break that record. We caught up with last year's winner of the Evil Wreckoning, Nicholas DiRienzo, to find out why he felt compelled to donate to the campaign in 2017, and how he's enjoying his new bike.

I donated because I like the goal of the Young Survivors Coalition and their grassroots focus. Reading the Pinkbike comments afterward about members' experiences with cancer at a young age, as well as recently having a young friend get cancer, further emphasized why organizations such as the YSC are critical. If people want a non-altruistic reason to donate, last year about $80,000 was raised, which means there were around 16,000 entries... Those make for some pretty good odds in my book, so pretty much everybody should donate!"

So, despite the emails back and forth saying I won the bike and getting the size set up, I didn't actually think it was real until it was finally in my work stand! The bike has been absolutely fantastic. It climbs great with that X2 out back, and the XTR kit is crazy smooth even after being abused. I can't say enough good things about the Shimano PRO kit either. Far and away the comfiest cockpit and saddle I have ever ridden. It gets on dirt 3-4 times a week, and completely eats up all the super chunky, rocky terrain here in Southern Arizona. It's for sure a bike that you are willing to toss into crazy lines at high speeds and then just chuckle when you come on fine on the other side.

Any last thoughts you want to tell the readers of Pinkbike?

One of the coolest things about winning the bike is how many people, cyclists and non-cyclists alike, have responded so positively to the message when they see the bike. Cancer is something that has impacted virtually everyone in one way or another, and I don't know a single person who wouldn't say 'f*ck cancer.' So, go donate $5 and put a smile on some people's faces if you win! 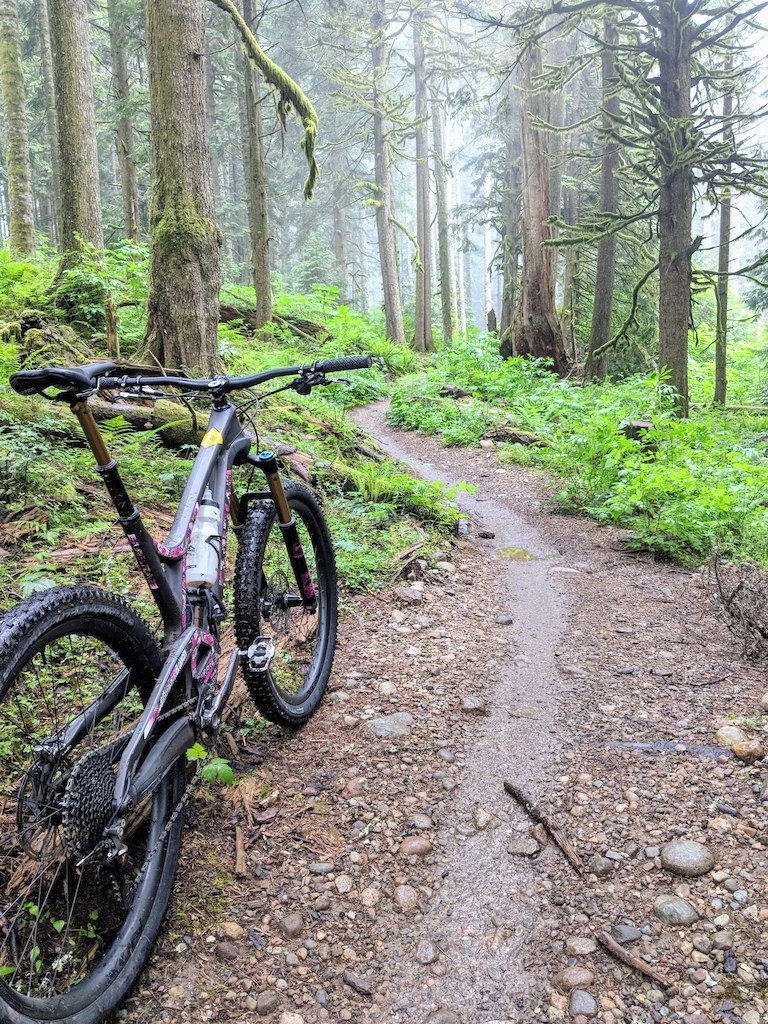 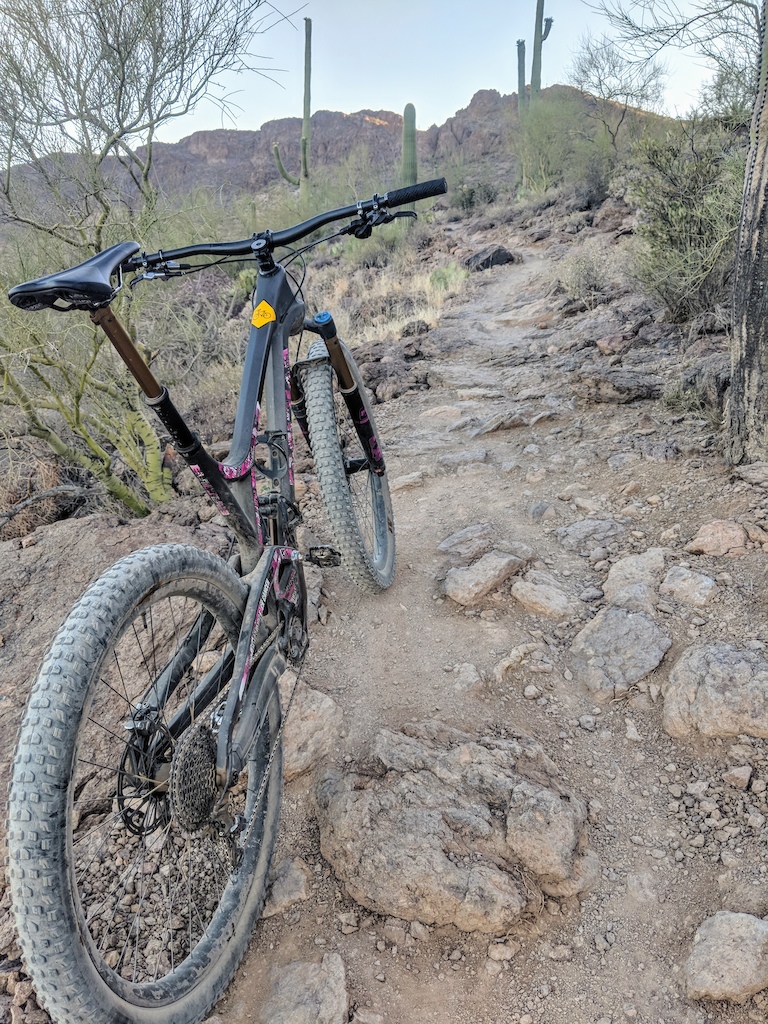 wakiisapuddinghead (Sep 30, 2018 at 11:50)
Cancer is indeed a horrible horrible part of life. As mentioned we are all touched by it in our lives. And this is a good thing.

Deuce-DeuceAndAHalf (Sep 30, 2018 at 5:20)
I wouldn't rush to be so negative; This is a rare case of 'everybody wins'. Evil/ Pinkbike donate an outstanding bike and receive well-deserved exposure and goodwill in return. The charity get an order of magnitude (or more) of the price of the bike in direct contributions, and we all have an opportunity to support a great cause, and the chance to win a bike most of us could simply never afford.

DaMilkyBarKid (Sep 30, 2018 at 5:34)
Do you really need to ask? Virtually no-one is going to miss the minimum price of entry, just don't buy a beer or two one evening. Considering the plusses the collective donations create it's a complete no-brainer. Knowing that one lucky person is going to get a great prize out of it (and that it could be you!) is the cherry on the top.

Even if someone does 'donate' with the sole aim of winning the bike they would need to drop some serious coinage to get good odds, this would be a silly way to buy the bike of your dreams. Divide the $80k by $5 and you have a chance of 0.00625 of winning per ticket. You would have to spend $4000 just to get to a 1 in 20 chance of winning!

Cancer is an emotive subject that brings out the best in people.