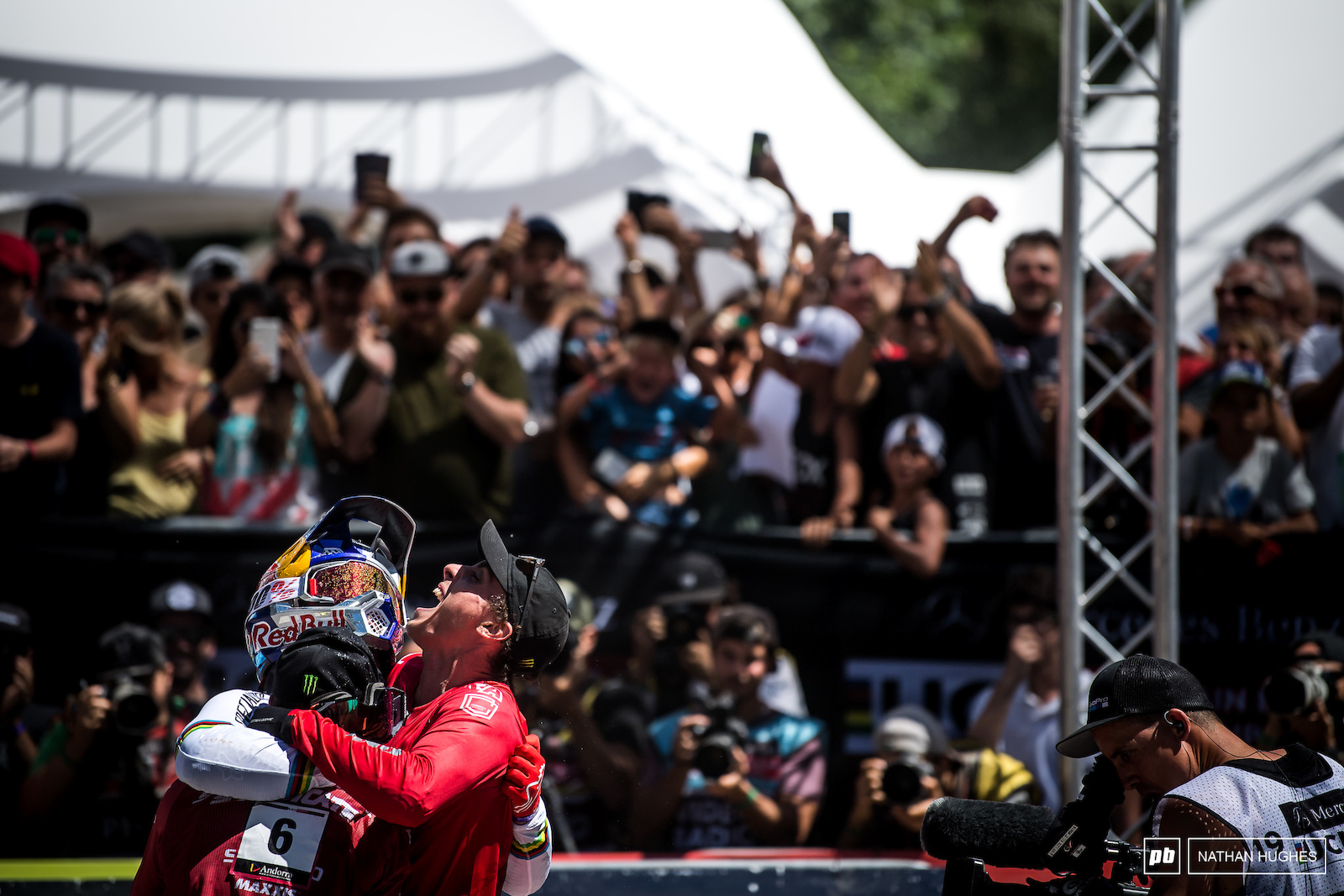 They're the three best friends that anybody ever had... call it a wolfpack. The Three Musketeers perhaps, that's a French one. The squad name may still be undecided, but no matter, this is a trio of true friends dominating the bike racing scene at the highest level. Since Aaron Gwin took the first round of 2018 in Losinj, only Martin Maes has interrupted the winning spree of these exceptional fellow countrymen.

Sportsmanship like this is rare to see. Far from being the usual 'frenemies' we are accustomed to in sporting circles in the public eye, Loic Bruni, Loris Vergier and Amaury Pierron seem to take genuine pleasure in each other's success; true friends sharing the highs and lows of performing together between the tape. With all three riders in the top 5 of the World Cup overall, and now in the French motherland for Round 5, the Wolfpack are forced to turn the competition level of the brotherhood up a notch higher. Pinkbike now delves in the dynamics of the bond to find out its origins, explores its dynamics and tries to find out 'where to' next. 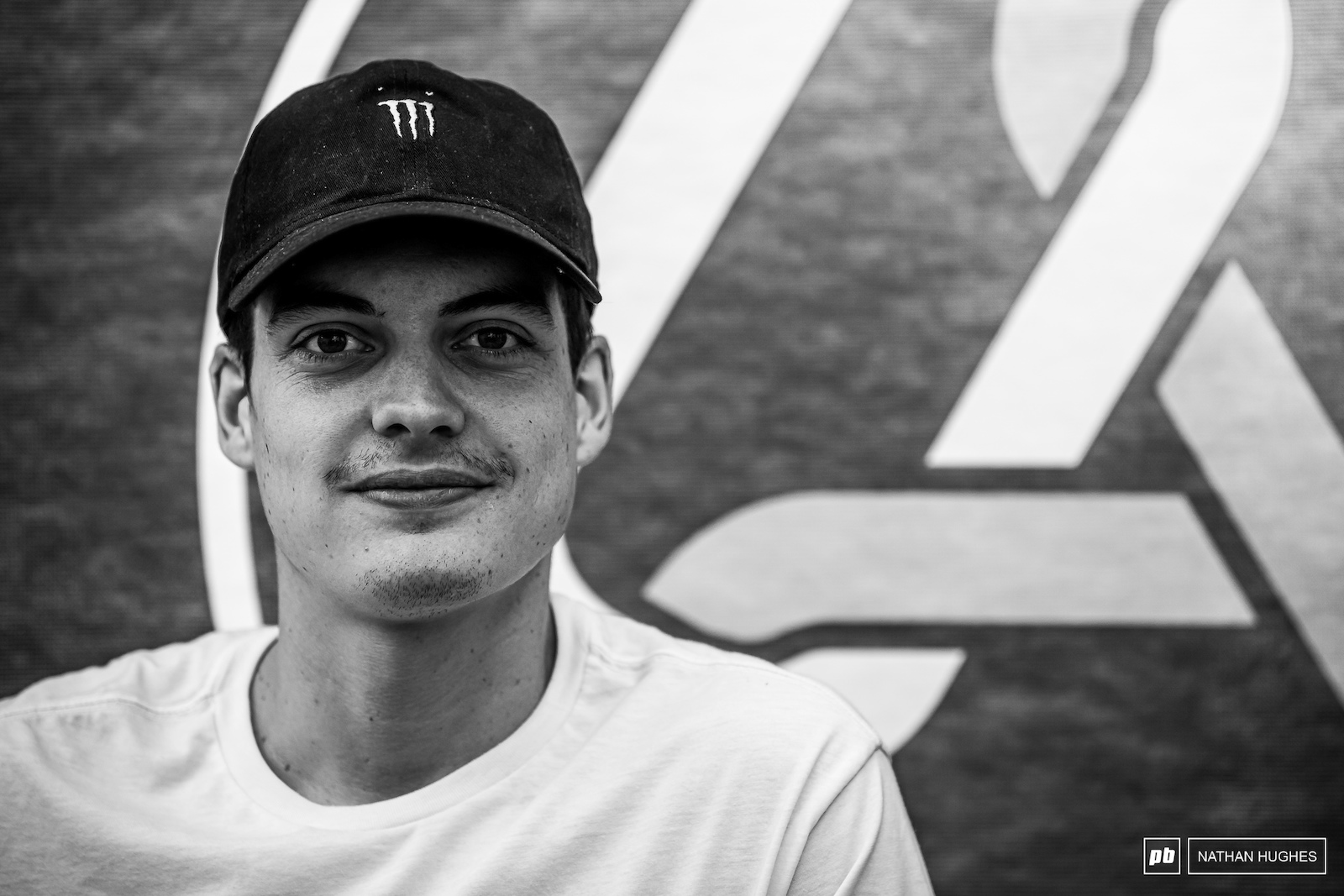 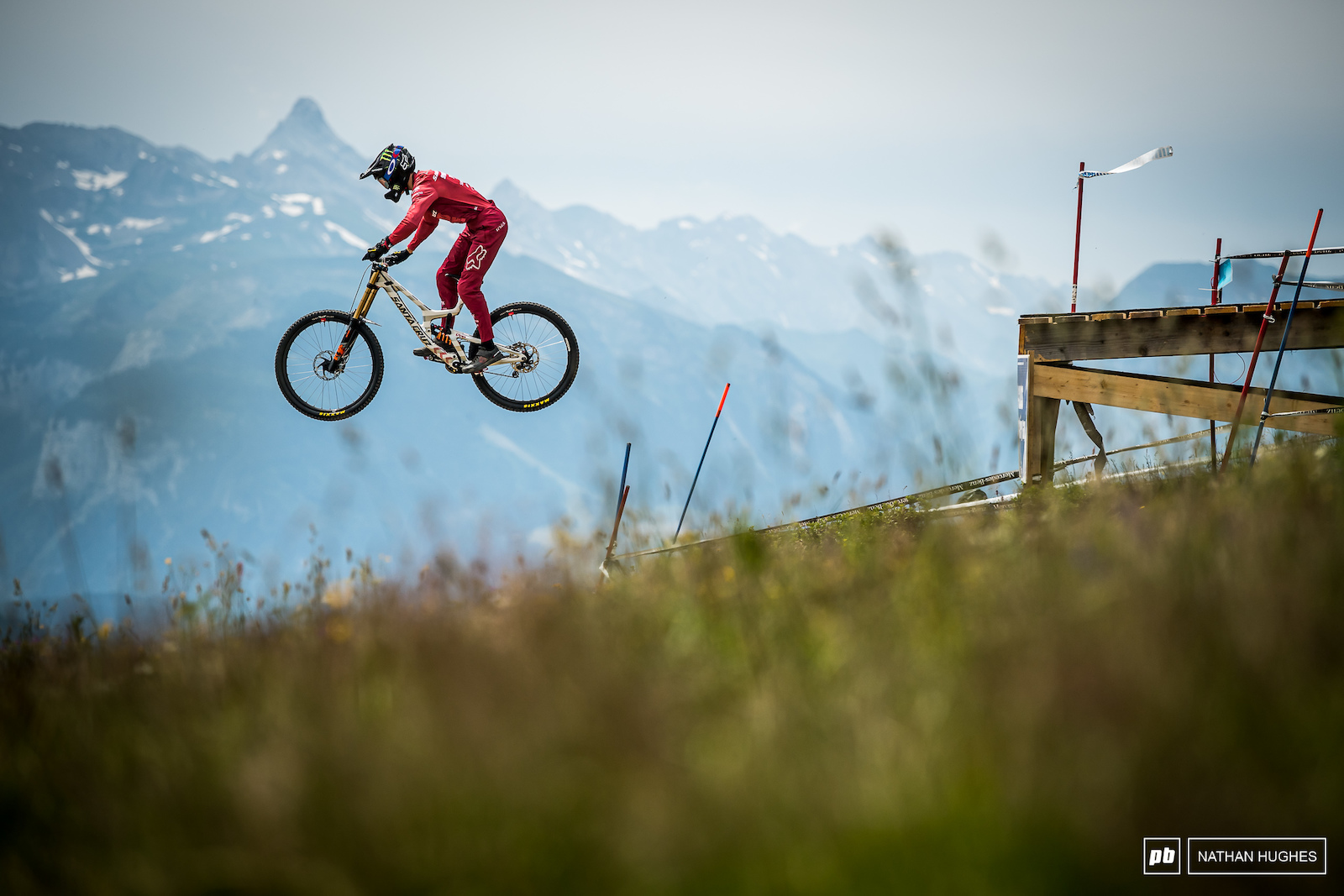 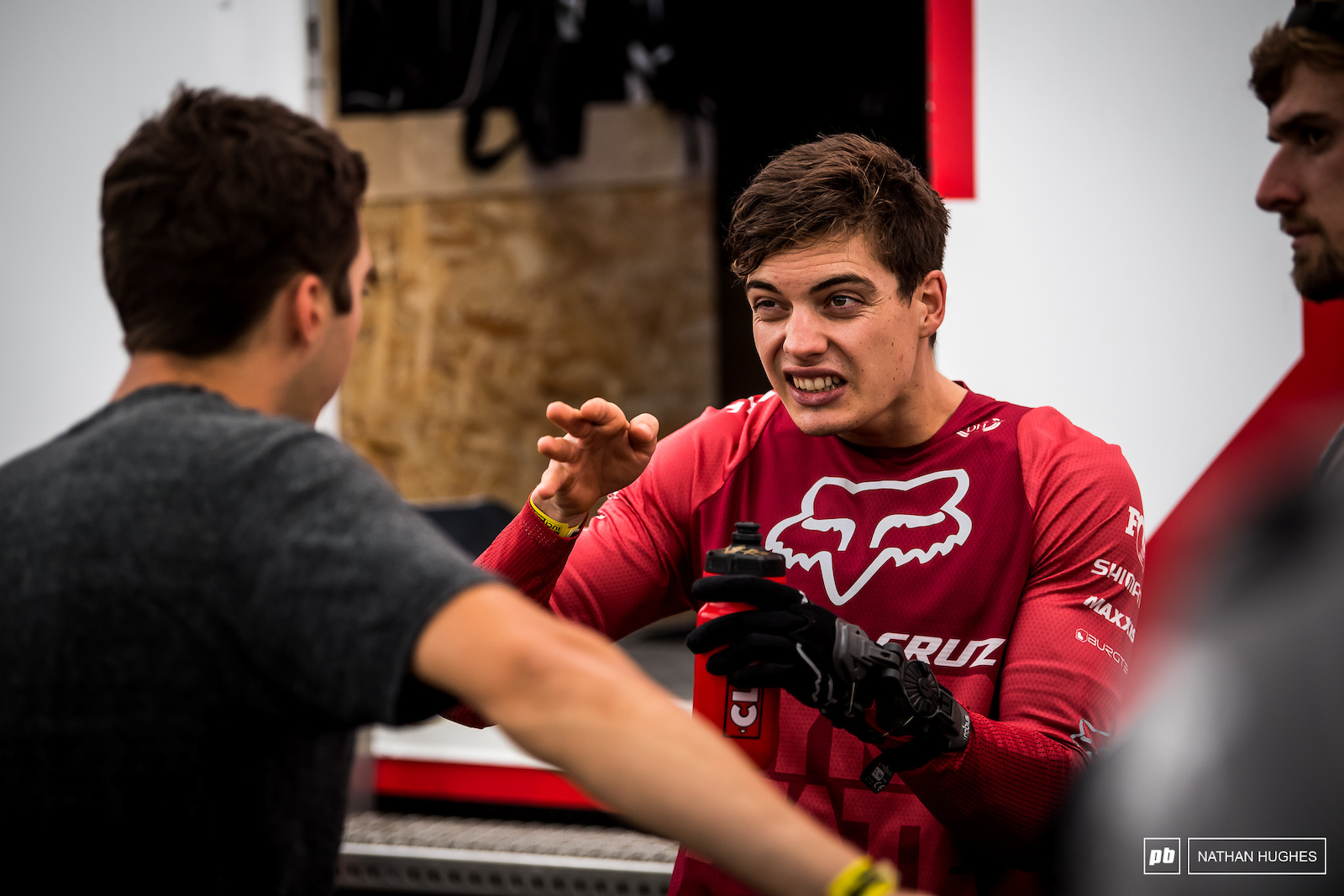 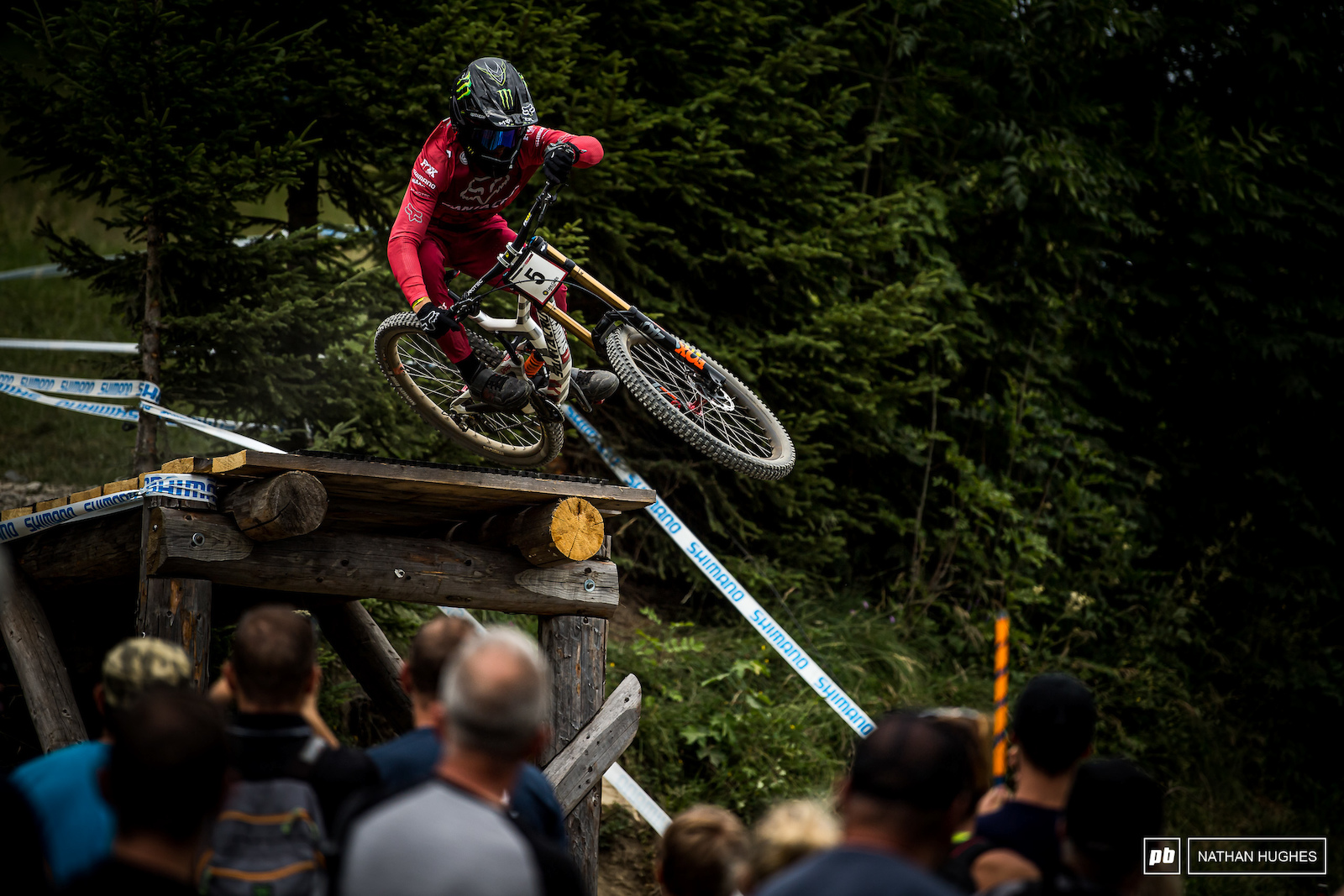 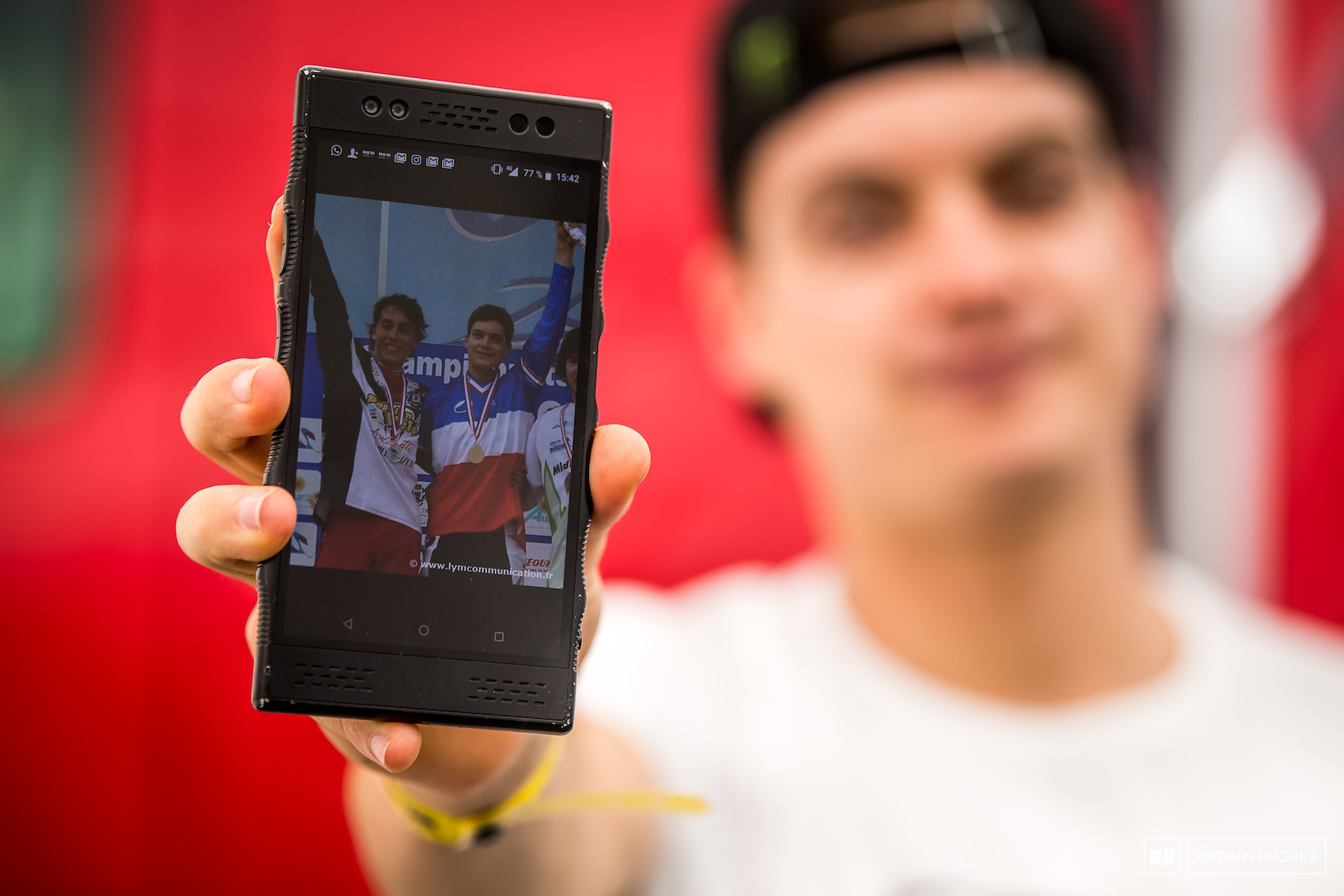 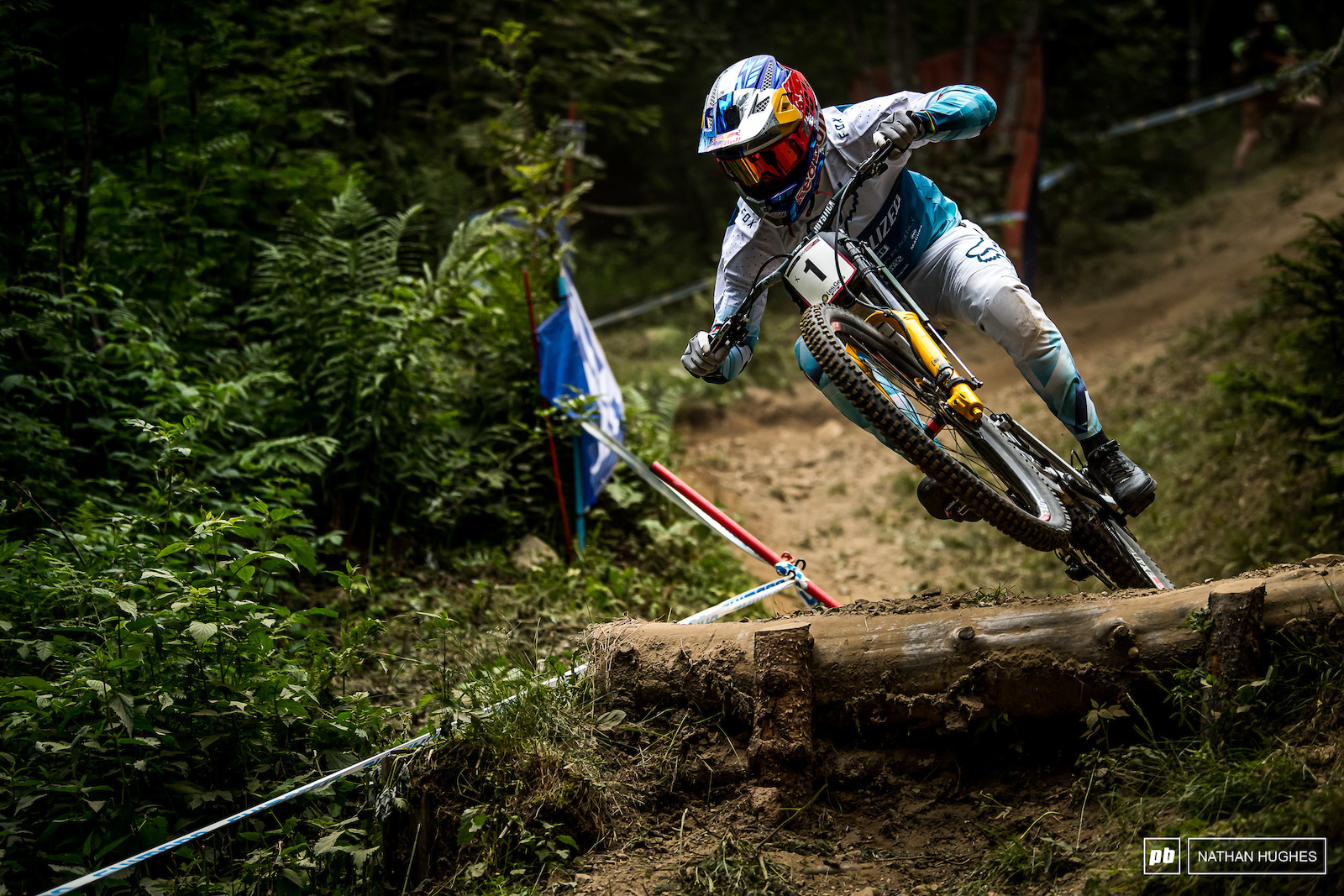 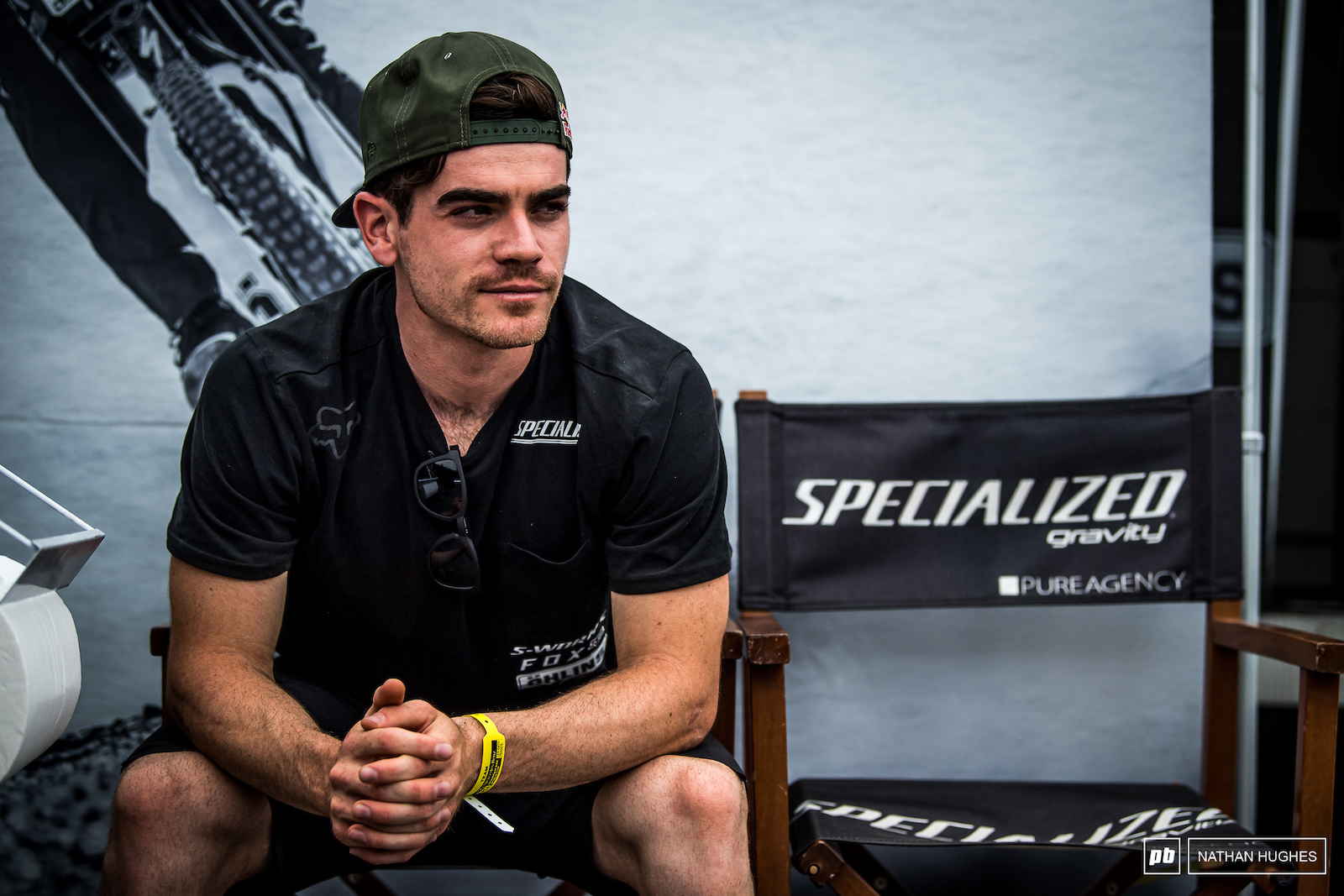 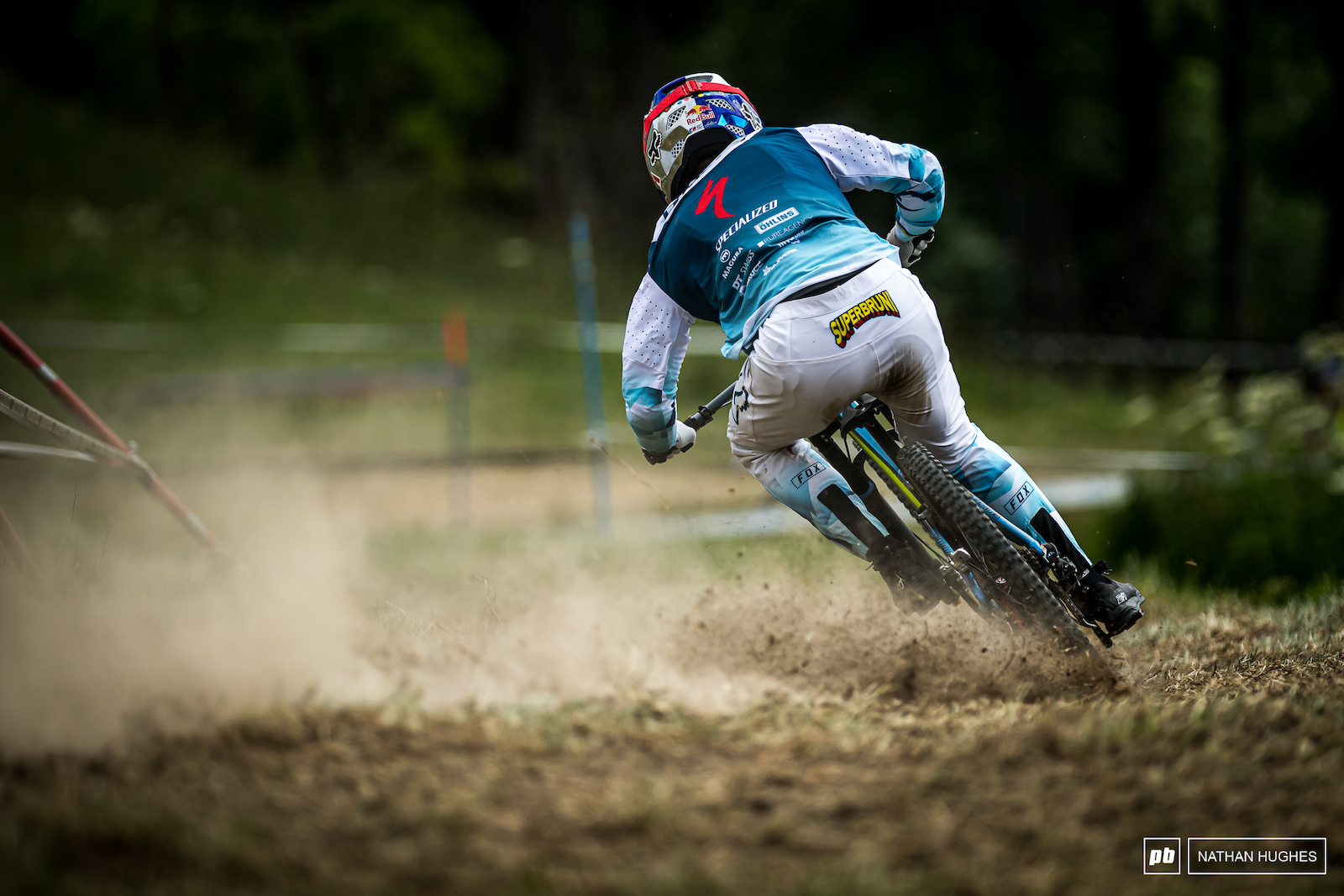 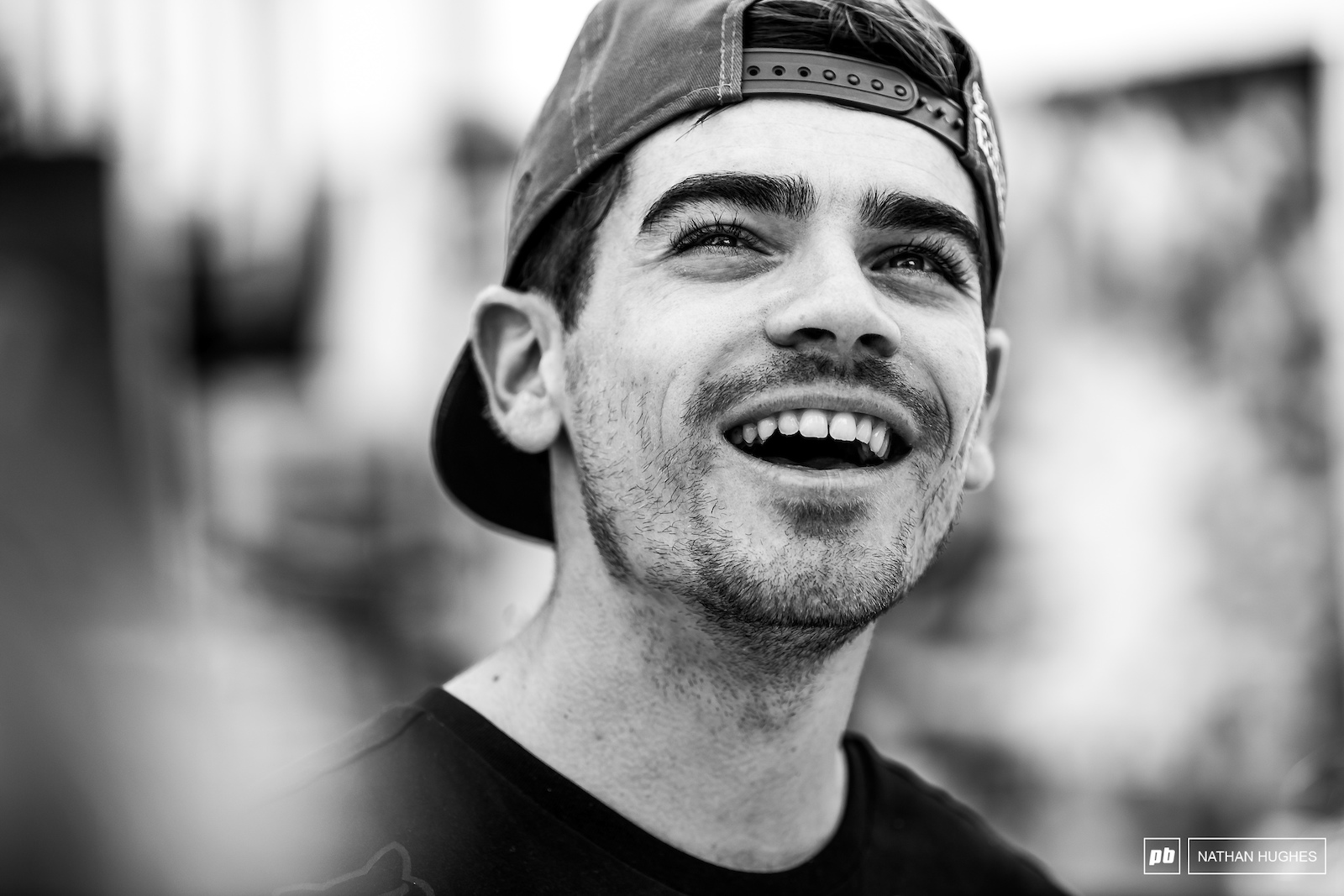 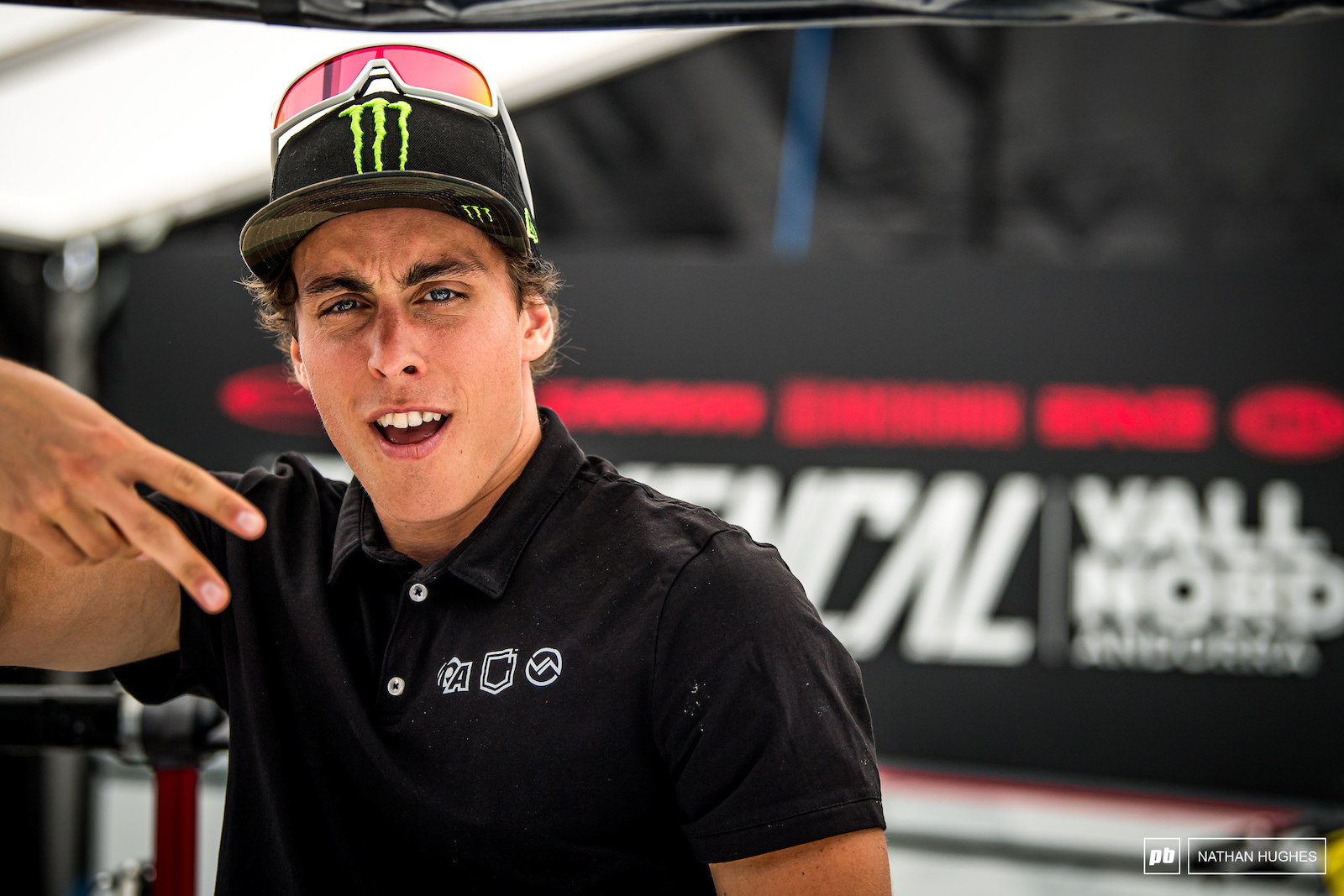 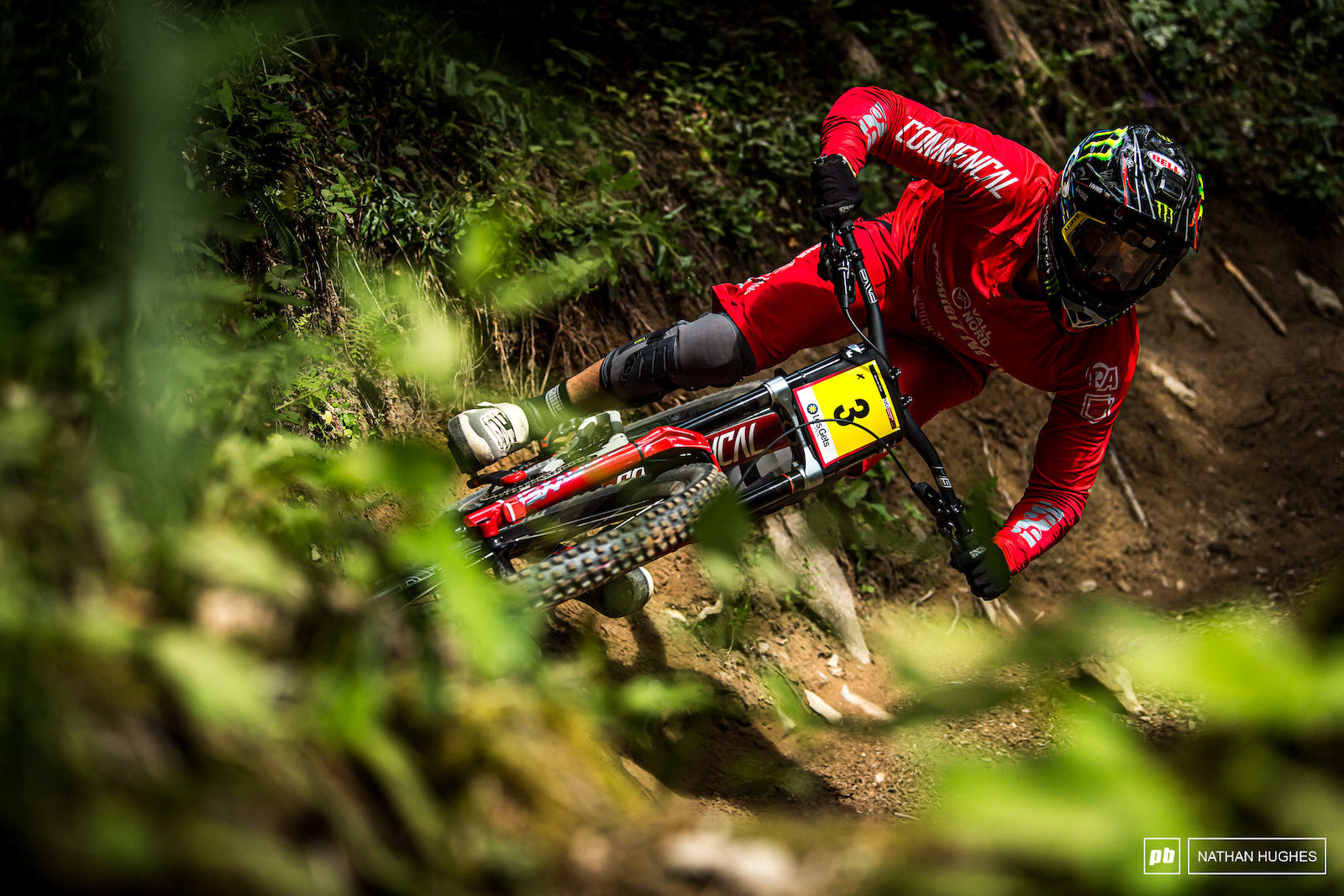 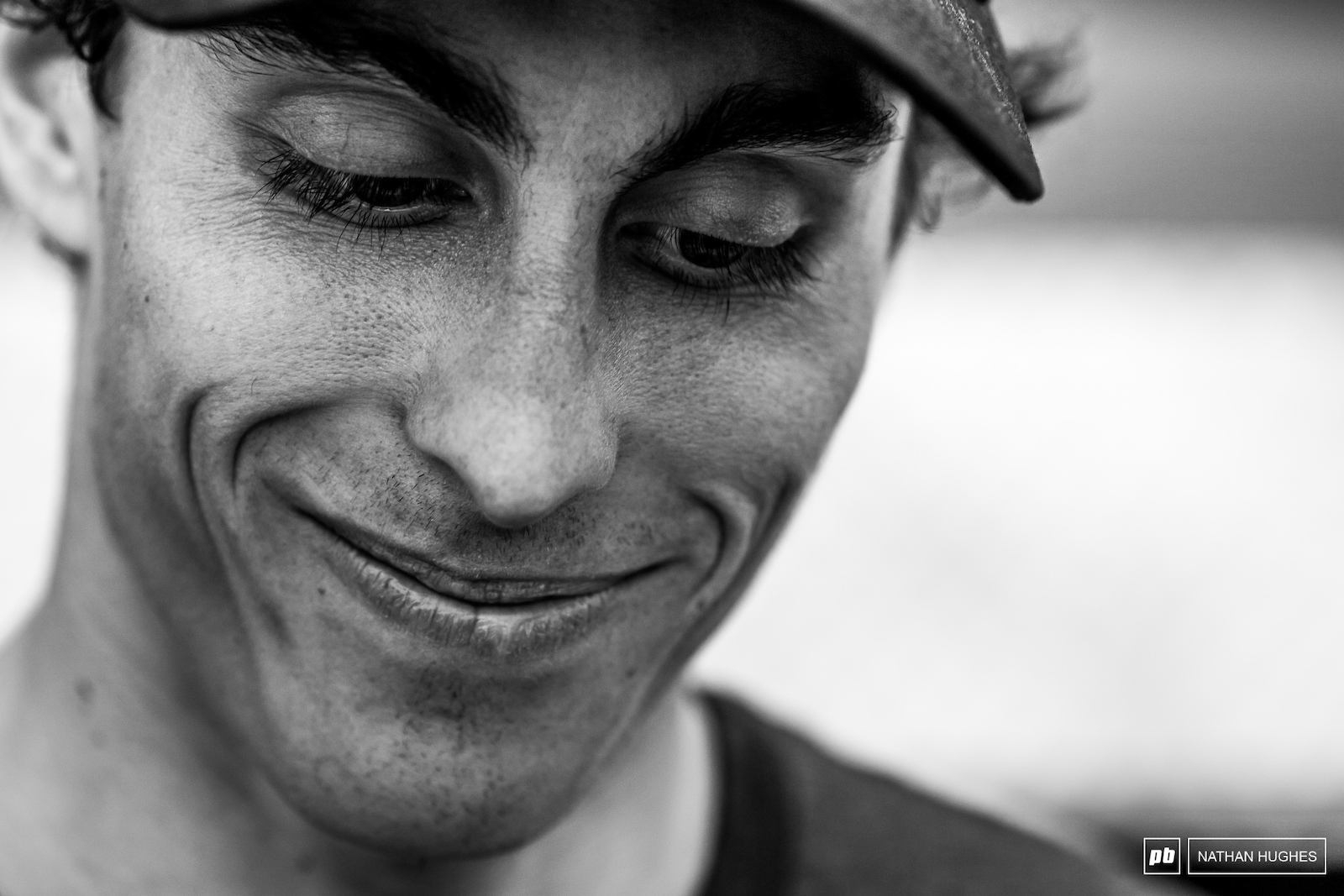 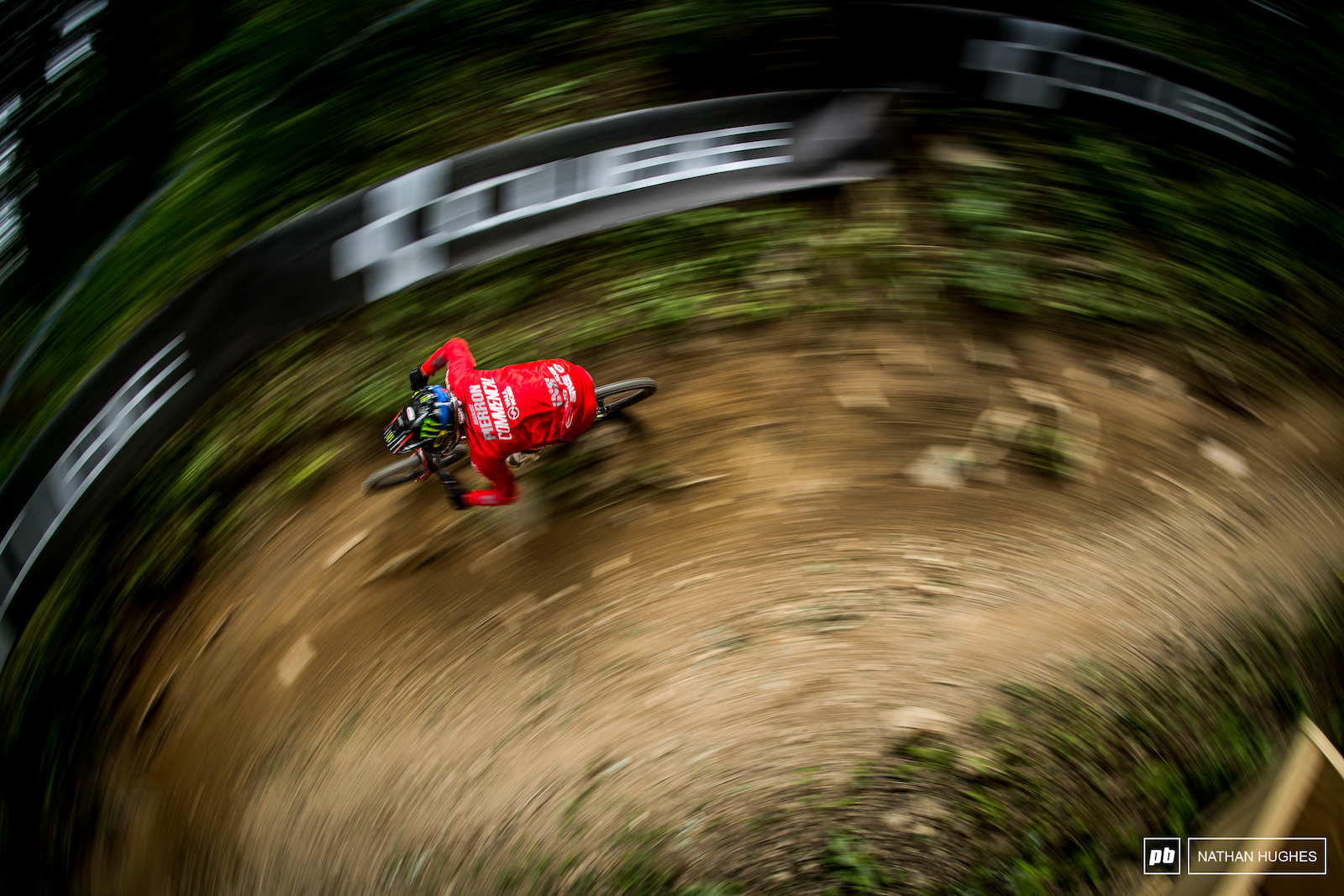 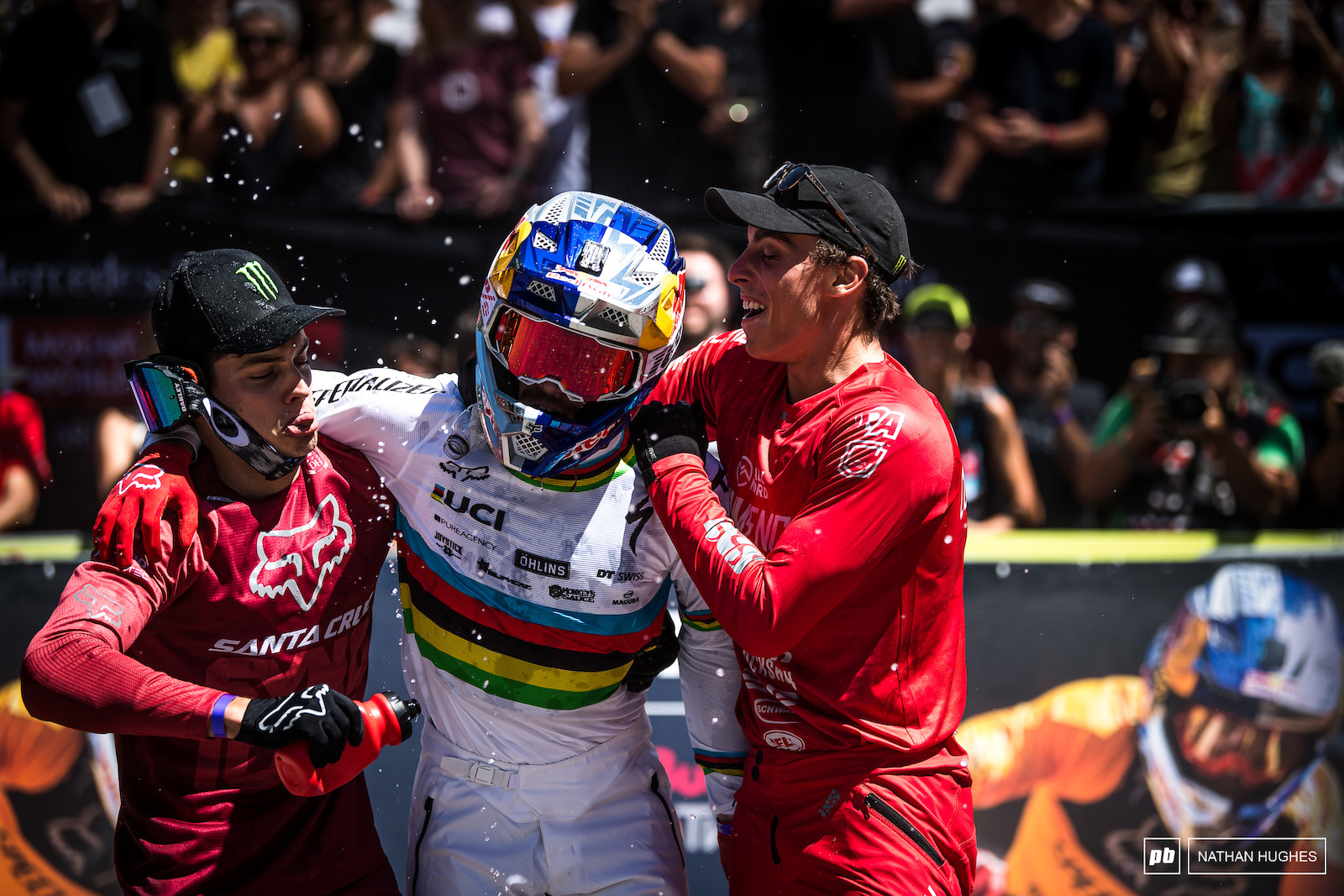 Brasher (Jul 12, 2019 at 17:13)
Great article. It brings a smile to my face that these guys at the very top are still good mates. Doesn't matter what nationality, team or Energy drink sponsor they are all stoked for each other when someone is doing well. Everyone just loves to ride their bike, enjoying the fact they get to see the world and get paid to do what they love.

Compare this to AMA MX/SX where dudes literally hate their competitors and don't hide it either on their social media. Downhill is a breath of fresh air in this regard.

gonecoastal (Jul 12, 2019 at 20:18)
Moto is pretty dirty. Not even passes anymore so much as T-bone a competitor in the corner and hope he goes down

spoochypants (Jul 13, 2019 at 5:26)
Amaury gave the exact reason for the dh good times vibes - racing the clock and not head to head. No secrets, no surprises, no special saus. If the race format was like moto the vibe would also be much more like moto.

dr-fishy-noooo (Jul 12, 2019 at 20:30)
Hello. How 'bout that ride in? I guess that's why they call it Sin City. You guys might not know this, but I consider myself a bit of a loner. I tend to think of myself as a one-man wolf pack. But when my sister brought Doug home, I knew he was one of my own. And my wolf pack, it grew by one. So, there were two of us in the wolf pack. I was alone first in the pack, and then Doug joined in later. And six months ago, when Doug introduced me to you guys, I thought, "Wait a second, could it be?" And now I know for sure, I just added two more guys to my wolf pack. Four of us wolves, running around the desert together, in Las Vegas, looking for strippers and cocaine. So tonight, I make a toast! [pulls out a pocket knife]

Here in France, nobody knows them except mountain bikers......... Perhaps will it change... Hope so ! We can see the runs on tv (l'équipe.tv, channel 21 in France).It is a good start.

Franzzz (Jul 14, 2019 at 4:10)
Yes, it`s a shame indeed that no mainstream french media talks about those champions. Not a single word.
They are so ignorant and conservative and prefer to talk about that stupid Tour de France which is, as Coluche said: ``a band of alcoholics watching a band of junkies``. He was so right!!!

chyu (Jul 13, 2019 at 11:37)
Loris says he rides with Loic not Amaury, because Amaury is more towards enduro, Loic says he seldom ride with Loris but with Amaury, Amaury says Loic and Loris rarely ride with him because they are busy. Something is going on...

Lotusoperandi (Jul 12, 2019 at 16:47)
That's awesome! Good to see such a tight knit crew still encouraging each other and getting along even though the environment of competition can be such a kettle for bad brew.

Alke (Jul 12, 2019 at 16:42)
GOOD LUCK TO THEM MET THEM AT THE PITS IN FORT WILLIAM AFTER THE RACE..THE LADS STOPPED WHAT THEY WHERE DOING FOR A COUPLE OF PHOTOS AND A CHAT WITH ME AND MY BUDDY GREAT TO SEE THEM DOING WELL

alexhyland (Jul 13, 2019 at 2:08)
Whenever I read stuff that pretty much any DH racer (that I know obvs) has said I hear their voice in my head. Even my wife gets that (she has no interest in MTB but really enjoys watching WC). Weird, don't get that with anything else I don't think.

pinnityafairy (Jul 14, 2019 at 5:46)
@mtbikemccoy: winning is winning but it's not quite the same when you're top competitors are out for injury.

Fastfish11 (Jul 12, 2019 at 22:18)
A really great article that’s speaks volumes about the French way of approaching bike racing even was rooting for his friend Reece Wilson when he had magic run at Fort William last year these are truly great sportsmen.

Loic should be riding a Commencal

Franzzz (Jul 14, 2019 at 4:02)
I have a good joke about frenchies if you want. I heard it in Switzerland:
That`s a Swiss who says to another Swiss:
_ Oh man, I`m so poor at these times, I need to make some money.
_ Ah yeah? I have an idea: Buy a French!
_ But why?
_ Because you buy a French the price it costs and you resell him the price he estimates himself.