A local Strava legend has been pronounced dead at the scene after sweating to death. Their untimely demise appears due to an insistence on wearing full downhill trousers in the midst of a heat wave.

Freedom McClure, 58 but who will always ask you to guess their age, decided after watching 7 hours of back to back World Cup replays that trousers were the way to go. He not only bought a size down and then deliberately shrunk them in the wash but also used several packets of lard to slide into them. The lard, in combination with a sock McClure had forced down the front of his underwear, only exacerbated the overheating issue and essentially worked as perfect cooking conditions. 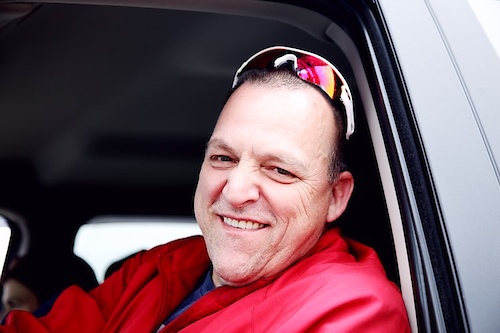 In air-conditioned environments the pants were managable.
The paramedics on the scene not only pronounced him dead but also that he did look absolutely fantastic.

In related news, a previously anonymous reviewer claiming that a full pressure suit didn't make them sweat has been revealed to be a renowned pizza enthusiast and one-time senior royal. 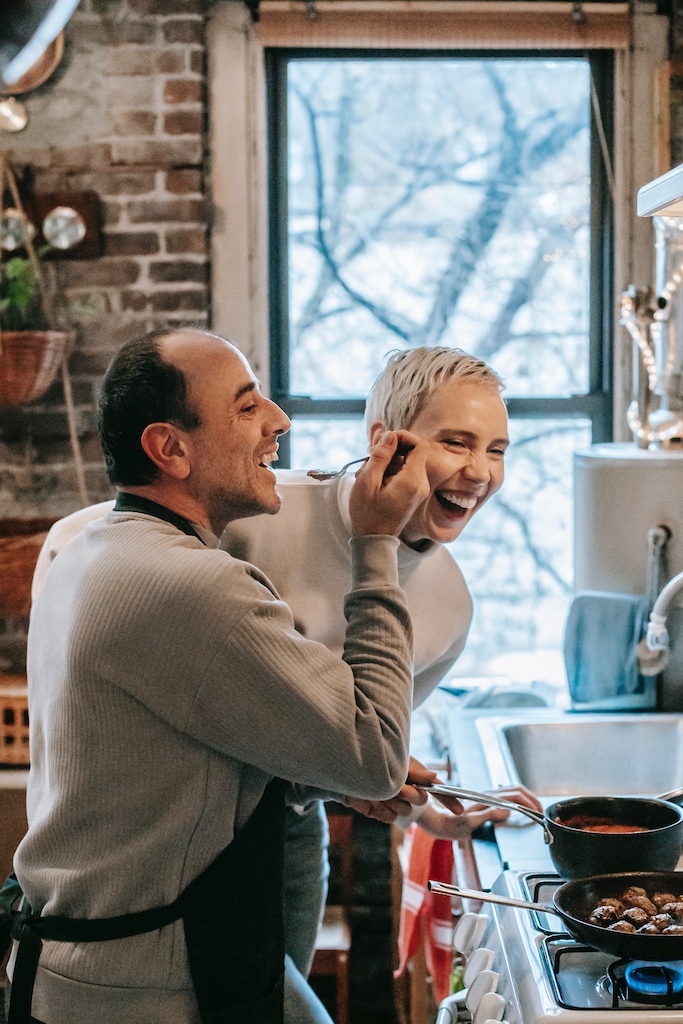 The family in happier times living, laughing and loving, whilst being unanimously resented by everyone else.
A mountain biker from Sydney has been informed that their “Ride Or Die” mural in their kitchen is even worse than the “Live Laugh Love” one that it replaced.

The family, who wish to remain anonymous but whose wishes we are ignoring, are the Pottersworth-Becking-Huntingdales.

The PBH’s, as they don’t like to be known but quite frankly life is too short, had to hold an emergency family meeting after Alan, the family’s decor supremo and mountain biker, spent an afternoon going four years deep on Ryan Howard's Instagram and got carried away.

"If we can't condense our lives into 4 or 5 hashtaggable maxims then quite frankly, what's the point?" he said as his defense fell on unsympathetic ears.

Tinder Date Goes From Bad To Worse as Man Finally Lifts Kneepads from Ankles... Only to Reveal Ankle Socks 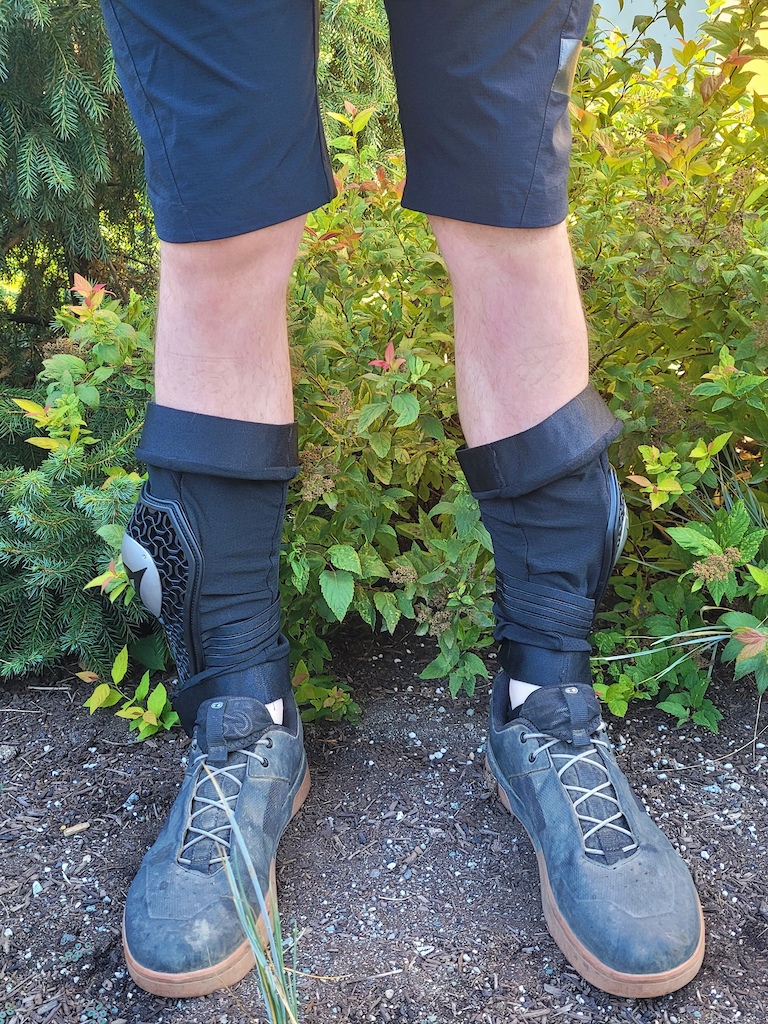 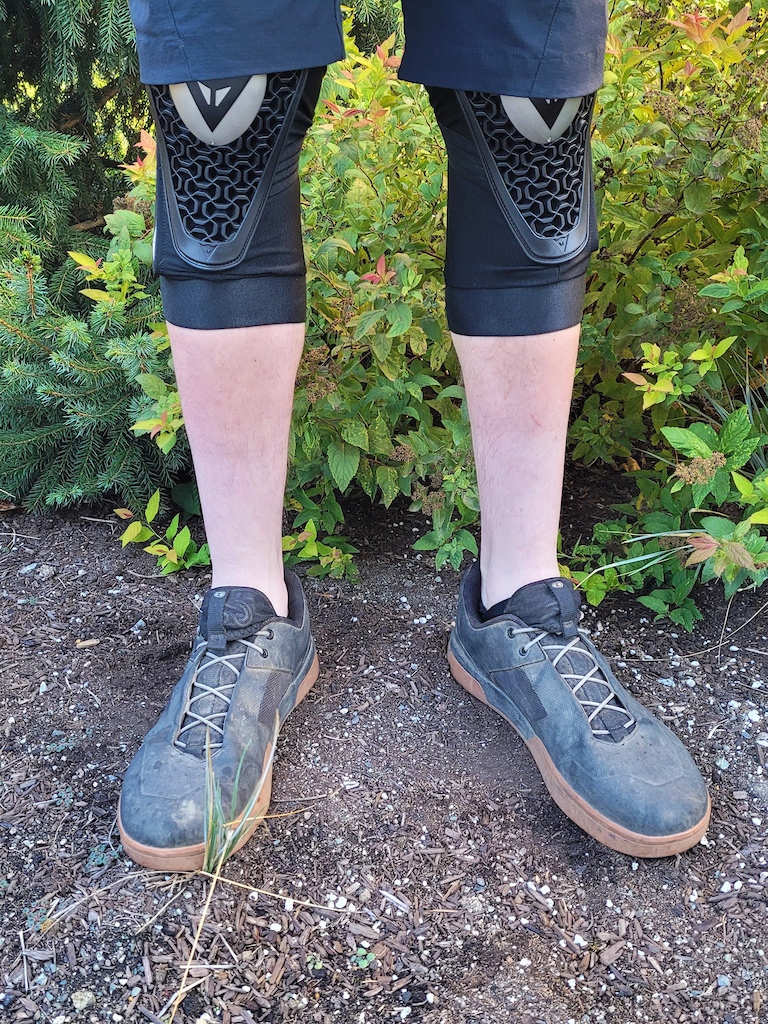 Talk about a false dawn. Both hopes and kneepads were raised in unison... only for bitter disappointment to follow.
Nutella Johnson's much-anticipated tinder date turned into a living nightmare as super-liking "expert rider" Tony Seagull turns out to be a massive goober.

Seagull, who began the date by explaining what Fox VVC damping was and why Johnson had it set up wrong before they'd even left the car park, was terrible company but the worst was still to come.

Johnson states "I thought it couldn't get any worse but little did I know what was in store. He initially started with his kneepads around his ankles even though it was only about fifteen degrees. At one point, he even tried to persuade me to lower mine. It was so weird. The final nail was lifting the pads to reveal low-cut ankle socks. I've never seen anything worse in my entire life. It was like seeing a dog be sick and thinking it was bad... only for then the dog to eat it straight after. An absolute horror show. The sight of his ankles poking out above his shoes like uncooked bleached chicken drumsticks sticking their head above the parapet... well it goes without saying that my therapist will be hearing about this". 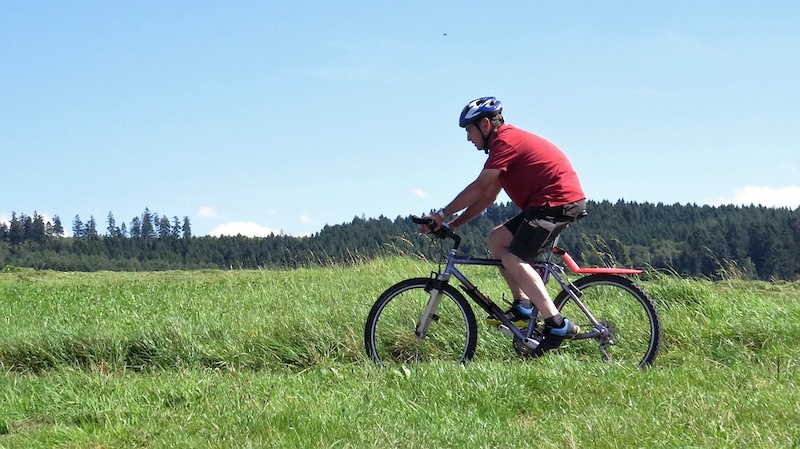 Out front and ready to drop the payload.
A road cyclist has dampened spirits on a Sunday morning mountain bike ride. Todd “The Bod” Beckingham was unsure how to respond when everyone started doing wheelies. In a panicked and threatened state, he dove deep into his bag of party tricks, only to realise that his only bike handling trick was pissing to one side whilst doing 30KPH into a headwind.

In a scene another rider described as "being maced with bear spray", the strong wind created a dense fog that managed to coat his acquaintances. The Newcastle Brown fluid "smelt like sugar puffs," one witness attested. 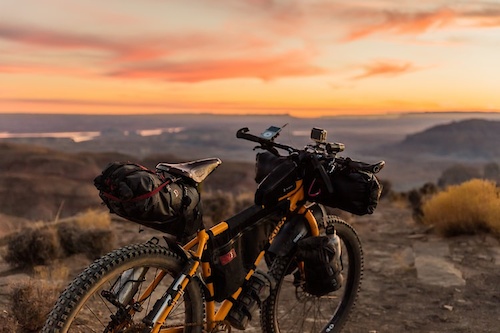 That iPod actually has an unreleased Babyshambles demo, I'll have you know.
Hannah-Anna Pethrington, a self-proclaimed badass who heard of the Arctic Monkeys before you and woman who habitually buys inappropriate bikes, has announced her annoyance of the mainstream gravel trend.

Pethrington, who has been riding bikes that are both uncomfortable and underperforming for years, considers their desire to not be able to ride with any other cyclists something of a personality trait, and is distraught to see her favourite fire roads littered with other people who keep trying to start making eye contact.
“Don’t you understand, I just want to be alone. My only contact with the cycling community is when I tell them I don’t like them. I actually have a mountain bike but any time somebody suggests riding together I set a ridiculous roadblock like saying I only ride at 4AM at weekends or by telling them to bring toilet paper as I’ll be sure to be shitting a lot. If that doesn’t put them off I have to eat gone-off Taco Bell just to prove a point and ask them to dig the hole with a tiny-tiny titanium trowel.”

Angry farmers from all over BC are congregating on MikeBike.com’s offices after they wildly misinterpreted the term “Field Test”.

Cardigan Bennett, a farming enthusiast from Woking, got double-jabbed and flew to Canada just for the protest.

“I wanted to know about carrots, parsnips and a bit of topography, maybe telling us about the 2022 clay range. Instead all I hear about is high-pivots and bottle cages - it’s disgusting.” 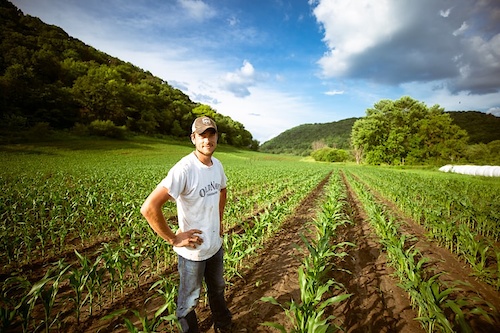 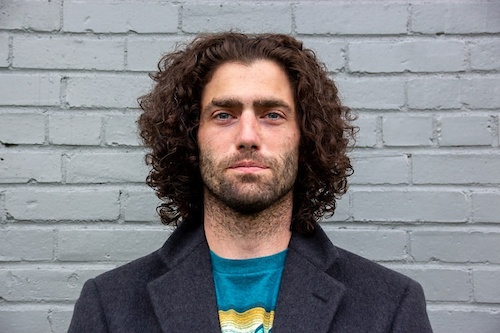 "Can you patent having a heart?! Oh... you can?"
A wild game of cat and cat, plus an additional slightly bigger and angrier cat has unfolded on the internet. It started off when Justin Timbersnake, who goes by 'JustJustin69' on soon-to-be-paywalled micycle enthusiast website PinkMike.com, attempted to patent the notion of commenting on patents. He claimed it was his sole and unquestionable right to be the sole commenter on any developments to do with patents, and that he had the patent to prove it. He even claimed at one point "I am the mayor of Patent Town."

That was until it was revealed that his arch-nemesis Daniel Shedinafield AKA 'DanDaMan' had been granted a patent that means they’re not only the sole person that can comment on patents but also the only one who can comment on comments that are commenting on patents. This, it would appear, may render Timbersnake's patent less effective than he had previously thought.
Timbersnake has, in a strange turn of events, gone metaphysical and is now questioning whether, in the context of space and time, a patent really means anything at all.

Part-time mountain biking tech intern and future fast food sandwich artist Lenny Quimby has agreed to not pen any more ill-informed opinion pieces. Quimby, who has now seen the error of his ways, renounces any claim that small design changes where, for instance, you could increase the hub diameter by 3mm on each side and it might be superior, and will now focus on telling people what they want to hear.

His next piece entitled “Opinion: Wow, look, you’re so big, how did you get so strong, Mr. Big Strong Cycling Man?” had to be withdrawn thanks to its similarities of tone and theme to a recent article on a competitor's site, but he remains determined to come back with something equally hard hitting. 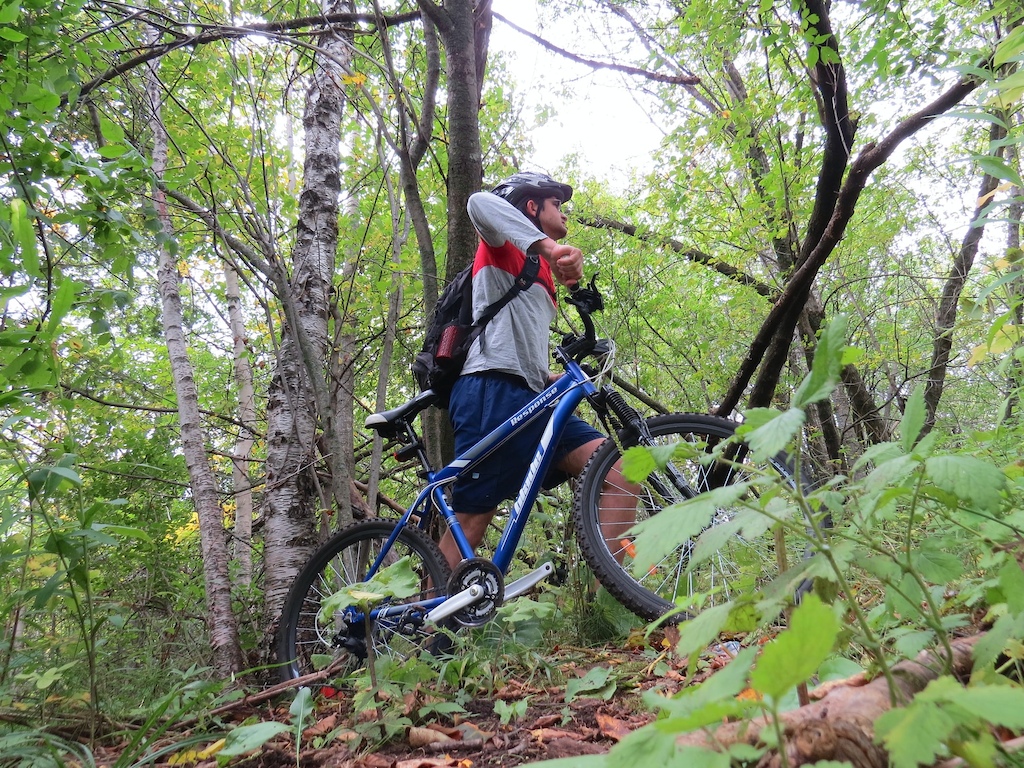 Quimby in the great outdoors reflecting on what he's done.

SuperHighBeam (Sep 8, 2021 at 16:31)
I feel like their is probably a better saying in mountain biking that would be a stand in for Live Laugh Love. Maybe "Bike Brew Bang" or "Ride Rage Recover". There's gotta be something better than "Ride or Die".

phazedplasma (Sep 8, 2021 at 22:25)
PB tech editors spinning the roulette wheel to see who gets to rip off wheel based analysis.

bravefart (Sep 8, 2021 at 16:52)
We’ve all seen them, with heavy-ass accessories everywhere like rear view mirrors on their 20kg rigs

excel (Sep 8, 2021 at 12:06)
Cheap multi-pack of sport ankle socks are the only way to go. I do not get the obsession with "cool" socks. Also cool socks just take attention away from the giant calves above them.

derekbnorakim (Sep 9, 2021 at 7:36)
Close, they're actually used to distract the attention away from the lack of calf muscle.

naptime (Sep 8, 2021 at 11:31)
Super long billboard advertising socks are just as pointless as unponsored riders dropping 50 hashtags of companies they will never ride for........

Someoldfart (Sep 8, 2021 at 17:06)
Ankle socks are the worst. If your socks go under your knee pads, and knee pads offer no Gumby gap at your shorts, you can avoid sweating to death in pants.

LS3VER33 (Sep 9, 2021 at 8:43)
I'm apparently the only guy that hates long socks with shorts... especially if they're white I've tried to mold myself to the long sock trend, i even bought some, but i can't make myself do it.

Looks like Lenny Q's bike is the only one still in stock this year, unless those rubber stanchion protector thingies are the new trend for 2022.

VtVolk (Sep 8, 2021 at 12:49)
I mean, people spend all kinds of money putting fancy protective "wraps" on their frames...fork boots don't seem like any sillier of an idea

pen9-wy (Sep 8, 2021 at 23:58)
I cant read that word now without pronouncing it in my head like Levy does! Stank-shun Great piece again HQ love the satire

badbadleroybrown (Sep 8, 2021 at 22:26)
Hold up... roadies are supposed to know how to piss whilst riding? I guess I'm gonna have to start practicing round town.

plainsrider (Sep 8, 2021 at 23:59)
Brightened up my Thursday morning, too much doom & gloom around on tinternet at the moment.

CSharp (Sep 8, 2021 at 11:07)
You might get busted and Feds chasing you down if you field test in BC! Worst yet, you might get the whole cartel looking for you!

AndrewHornor (Sep 9, 2021 at 6:44)
Look, I just don't have room in my head to memorize my dream frame geometry chart AND know what kind of socks to wear.

usedbikestuff (Sep 8, 2021 at 13:02)
Looks like creative writing classes were canceled worldwide this week
Below threshold threads are hidden

mccarthyp (Sep 8, 2021 at 12:32)
I think the bike industry would like gravel bikes to be a thing. Never met anyone who actually paid for one.

SuperHighBeam (Sep 8, 2021 at 16:35)
You must live under a rock (I say than in jest). There are a lot of gravel bikes out there, many of them are disguised as road bikes mostly ridden on tarmac but they have that "harder edged" look to them. Some of them actually see time on gravel. There are the mountain biking equivalent to the jeep. Made to be rugged machines, but mostly just pound pavement.

pen9-wy (Sep 9, 2021 at 0:19)
@Brazinsteel: to be fair to him, the UK is never too muddy , its always very muddy , so that wont stop us and snow heavy enough to prevent riding is so rare in most parts it becomes a novelty so you get out in it and have fun anyway!