This is Home: Greg Minnaar - Video

Greg Minnaar - This is Home

With the 20th World Cup win of his career, Greg Minnaar is the greatest downhill mountain biker of all time. But spend some time hanging out with Greg in his hometown of Pietermaritzburg and you would never know you were in the presence of a living legend. All you would find is a down-to-earth guy whose love of bikes is surpassed only by his love for friends, family and home.

We caught-up with Greg at home with his family during some rare moments of downtime this past winter. The Marisburg hillside is where Greg first rode a mountain bike, and in later years experienced a career highlight – winning the world championship minutes from is home for all his friend and family. It doesn’t take long to figure out that Greg has shaped this community… and they, in turn, have shaped him. This is home. 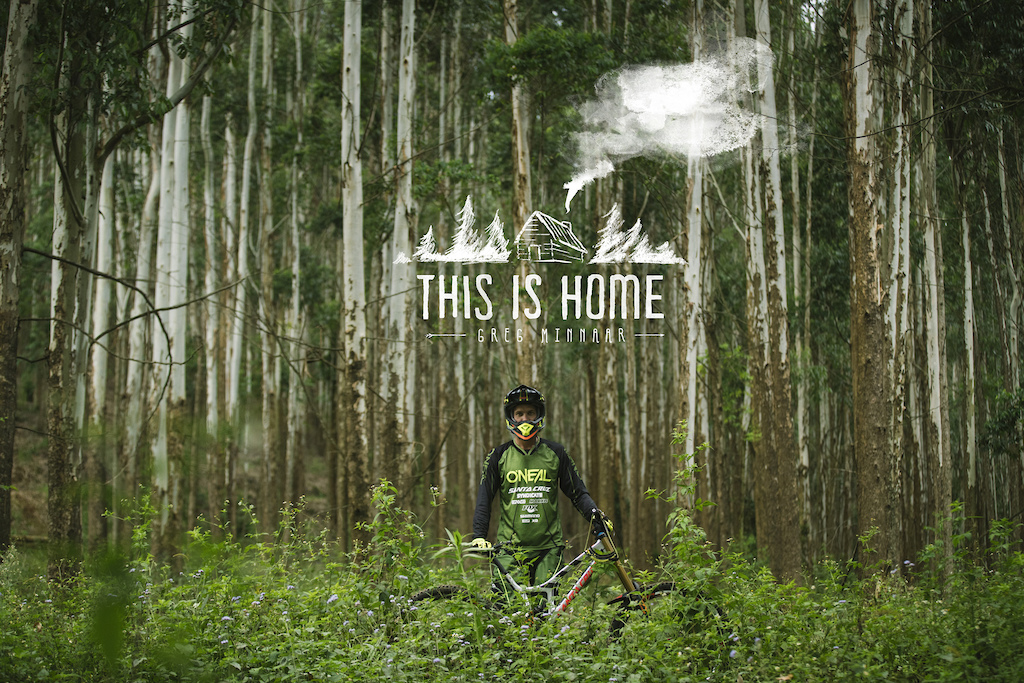 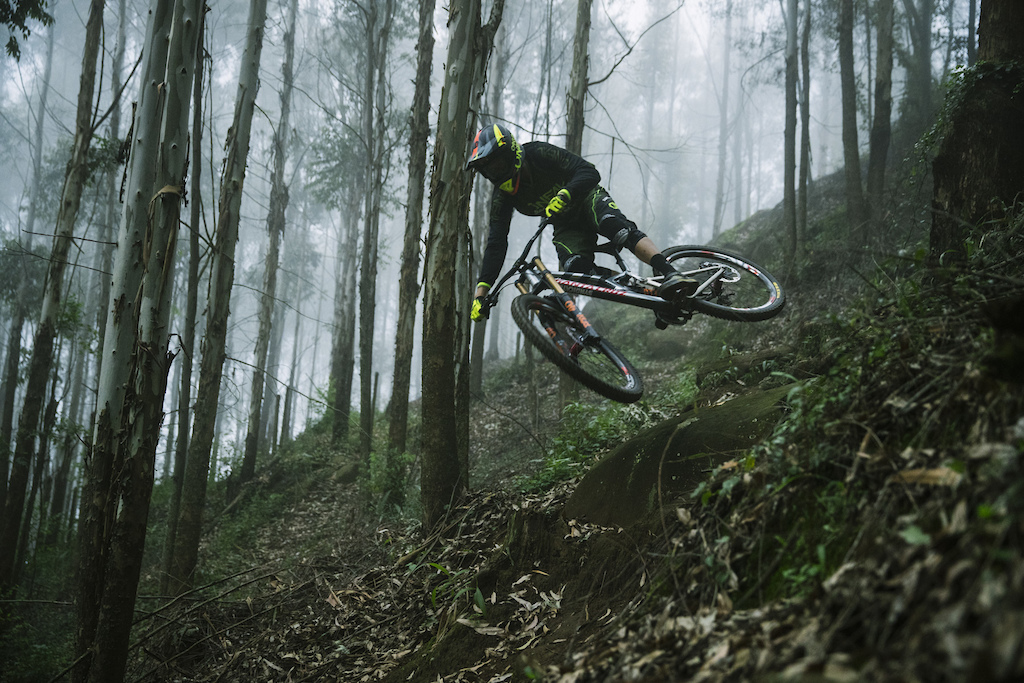 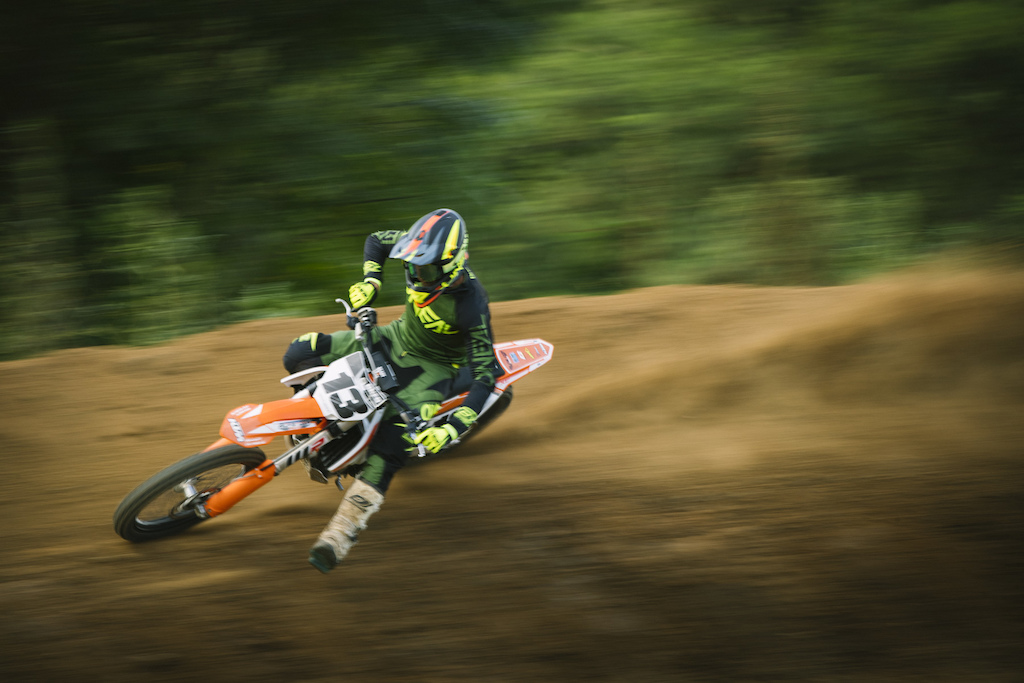 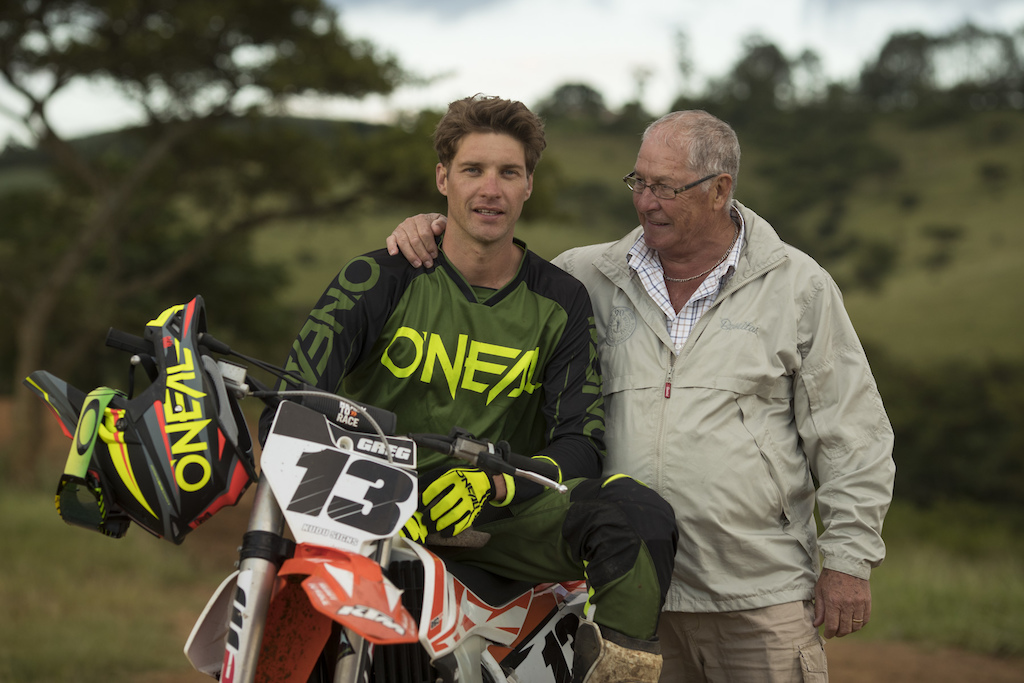 Stay tuned for a photo epic from Sterling Lorence tomorrow. 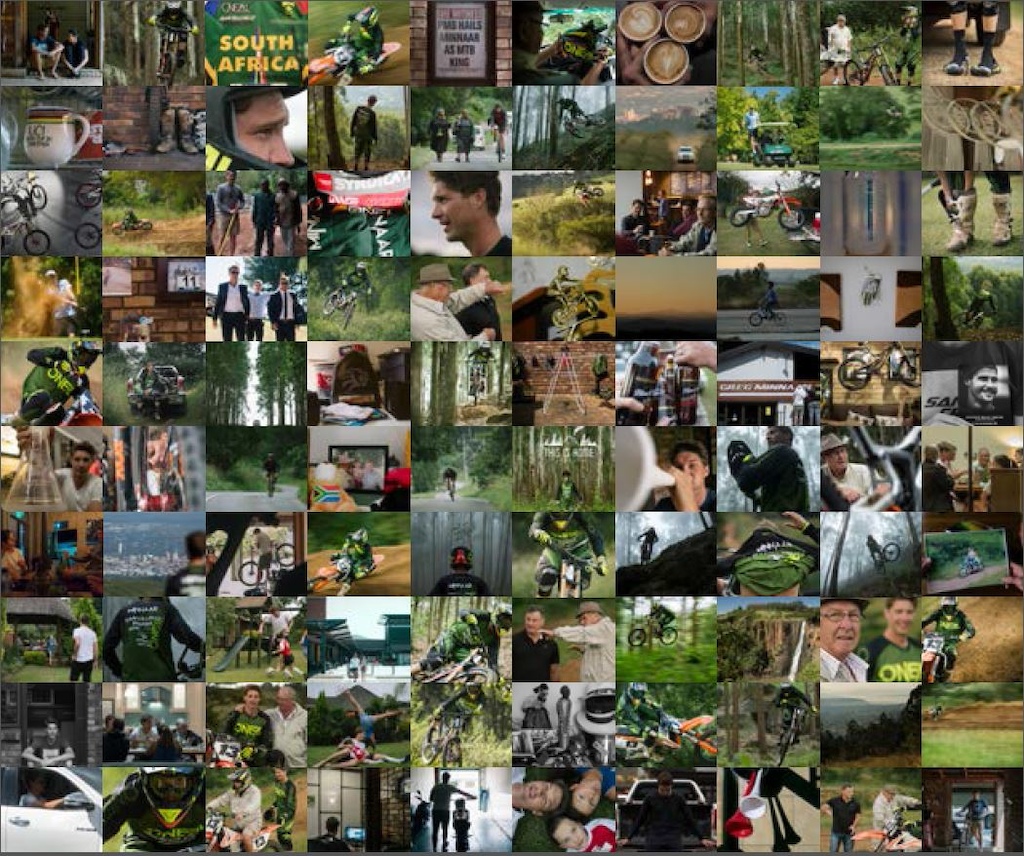 Waldon83 (Jun 7, 2017 at 0:06)
H is a sensational sportsman, and he deserves all the success he has worked for, hands down. He is the definition of 'the perfect rider'

brownies (Jun 7, 2017 at 1:24)
The fact that he has been winning world cups, world cup overalls and world championships since 2001 as a 19 year old is frankly astonishing. It's 2017 and he's currently leading the world cup standings and looking like one of the most legitimate title threats... I can't even think of a single season since 2001 where he hasn't a threat for major titles. Even when he's injured it doesn't set him back - at Mont Sainte Anne in 2007 his shoulder popped out mid race run, so he popped it back in and finished 2nd to Sam Hill. He also crashed at Worlds that year, breaking his scapula, popping out his shoulder and still finished 4th. Amazing racer.

thinkbike (Jun 7, 2017 at 6:13)
it looked like he unloaded that motorcycle from the back of the pickup with one arm... who does that? Minnaar is straight out of the marvel universe

mikeyb76 (Jun 8, 2017 at 8:38)
Great Vid! Great Human, Great ambassador, and the first time in Pink Bike history: not one negative comment or sarcastic remark!! There is hope

pigit77 (Jun 14, 2017 at 13:57)
I wouldn't want anyone at the top other than minnaar. Nobody is humble and graceful as he. Hopefully he can stay unbeatable even after he retires.

MMOF (Jun 7, 2017 at 9:08)
Yeah, that is what South African humour is all about. Greg is such a cool guy and proud of his family. Way to go Greg and cherish your family, they seem awesome.

FineLine-Media (Jun 7, 2017 at 7:29)
Shimano is doing an excellent job with the 'This is home' series! Should turn it into to feature length productions.

shimano Plus (Jun 7, 2017 at 7:31)
Thank you! It was a great experience to spend some time with Greg at his home and find out what he's really all about. We hope you enjoyed the video.

cunning-linguist (Jun 7, 2017 at 0:43)
He's always had some of the best style on the bike for sure. He's been able to twist and flip for years, mad skills all round.

vinay (Jun 7, 2017 at 1:45)
@BDBRIDER: In 2013 on a Haro, as World Champ DH, if I recall correctly. Gracia, Shandro, O'Brien, not sure where Minnaar finished but pretty impressive he was even invited.

donpinpon29 (Jun 7, 2017 at 1:09)
Want an update of that honda rn1 He is the slater of bikes Btw anyone saw the failure of the belt driven bike at the gate at fort bill. I want to know more

Minnaar, repping hard for us 30 somethings

I saw them on your site too, always good to see Sterling's work

Chilternburt (Jun 7, 2017 at 5:50)
If you pop into Minnaar Cycles in PMB you can see it hanging on the wall along with most of his other memorable bikes.. Or check out Rob meets Greg Minnaar on redbull.tv, they go to the shop and look at all the bikes

cky78 (Jun 7, 2017 at 4:52)
Thank you PB for putting this together. Thanks Greg for being a such a great man. I had the opportunity to meet and chat with him at MSA last year. It was a delightful experience, one that you wouldn't have known his stature in his chosen profession (Just ask my wife haha Who was that guy? He was really nice!).

Abant2 (Jun 7, 2017 at 8:17)
Jeff I miss our conversations we had while organising the Comrades Marathon. Been watching Greg's outstanding achievements since we left South Africa in 1997. Hope your are well. Say hi to Jackie. From Bruce in Canada.

connormacleodvideo Plus (Jun 7, 2017 at 9:06)
Such a great story, legendary. Beautiful work Anthill!

WAKIdesigns (Jun 7, 2017 at 10:22)
I love this guys riding style. He can make the roughest bit of the roughest DH track in the world look like a fireroad. Amazing arm/leg coordination. He rides like he could turn Bernie Sanders scrotum into baby butt cheek...

tkeegan1 (Jun 7, 2017 at 10:49)
Greg really reminds me of Ryan Dungey. If you pay attention to supercross, you'll probably understand what I mean. Just such a hardworking, humble, and respectful guy!

microfiz (Jun 7, 2017 at 6:38)
After watching this, he's the second most stylish mtb rider I've seen on a dirt bike after Andreu. A friend and I were talking during a ride and we both agreed that pros are just on another level of skill.

ianswilson815 (Jun 7, 2017 at 8:22)
In the first couple minutes of the video, was that track he was riding the same as the old World Champs/World Cup course? If it was, that thing looks like it is never ridden, just forgotten.

gg-za (Jun 7, 2017 at 11:36)
Correct. That is the World Champs/World Cup course. It is all nice and clean again now. There was a race there about a month ago and another SA cup race next weekend. The track gets overgrown in the summer months, but in winter it gets cleared for riding.

pioterski (Jun 7, 2017 at 11:41)
I am not sure if it is THAT track, but I was also surprised when I saw Cairns track when there is no venue. It looked totally abandoned and the only thing indicating what happens there were some shimano plastic tape leftovers. Unless a track is in a bikepark, I think it gets forgotten until next time.

Supermoo (Jun 7, 2017 at 16:05)
Great video and hope we will someday get a longer one about his career. Greg definitely is an inspiration for the younger (and older) set on riding and 'lack of working'. Well done Greg!

zulki-fly (Jun 8, 2017 at 0:05)
His dad definitely set a firm fundamental to him. Advices and all that love for him. Always like a family man type of athlete. Props to you Mr Minnar, both of you Sr and Jr. Props for Shimano for bringing this article of This is Home. Best series i've ever watched.

MrDiamondDave (Jun 8, 2017 at 5:52)
I get goosebumps everytime I watch this over again. So good. Always loved Greg as we are both the same age, mad respect GOAT

pskilbeck (Jun 9, 2017 at 0:29)
Go easy on the hype sauce there Shimano. Greg is one of the greatest, and that itself is a major accolade if used wisely. Unless Greg has changed a lot since his teenage years and lost his humility, which I'll bet he hasn't, I'd say the great rider himself would be uncomfortable with the moniker 'the greatest'. He's definitely in the pantheon though.

Sycip69er (Jun 7, 2017 at 8:33)
Really shows that raw talent can do exceptional things if the family supports it from the very beginning. So cool to see GM on the track. Braaaap....

peanutcracknell (Jun 8, 2017 at 13:38)
"With the 20th World Cup win of his career, Greg Minnaar is the greatest downhill mountain biker of all time."

*greatest MALE mountainbiker of all time.

pinnityafairy (Jun 7, 2017 at 7:21)
Come on Greg we know that those podiums were not all play. It does take a unbelievable amount of work to get up there.

bankz (Jun 7, 2017 at 21:43)
Watching him ride the last course - the stability, the decisiveness - and of course with worse conditions than everyone elses - still faster. Definitely becoming a legend.

vinay (Jun 7, 2017 at 1:50)
Yes, look at the last picture in the Fort William Photo Epic here on Pinkbike: www.pinkbike.com/news/2017-fort-william-world-cup-race-day-photo-epic.html.

karatechris (Jun 8, 2017 at 3:33)
It doesn't even matter. What this guy has achieved will be remembered forever in MTB history.

Bas and Tom Van Steenberghen + Minnaar are from Europe !!