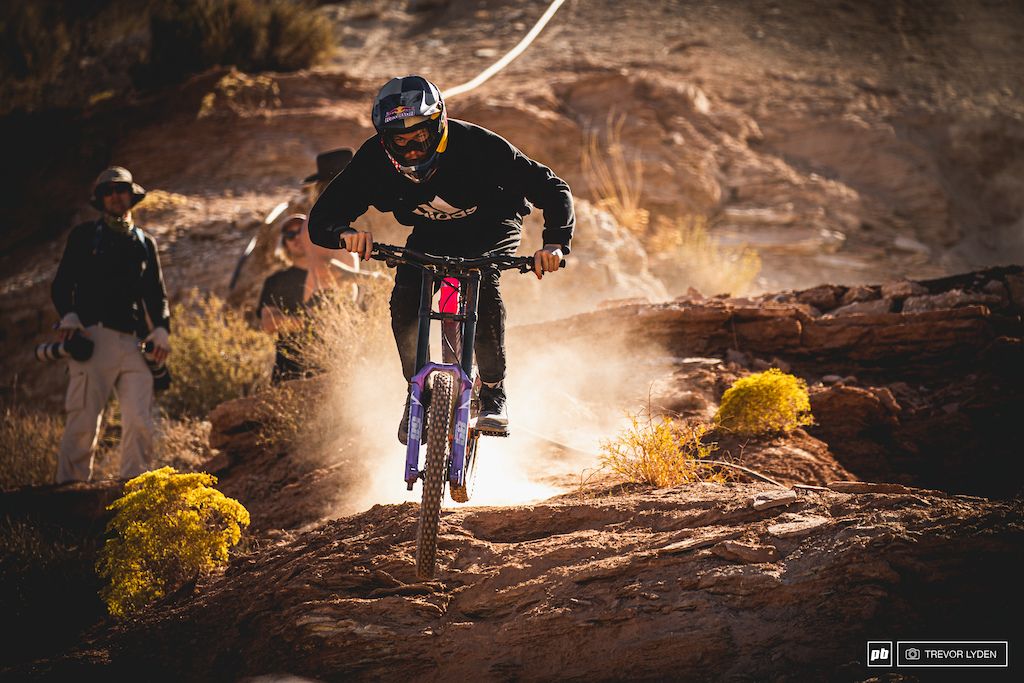 Red Bull has confirmed that Thomas Genon will be competing Red Bull Rampage this year.

As we reported earlier this week, Brendan Fairclough has had to withdraw due to complications with ongoing injuries sustained at the Lenzerheide DH World Cup and Brett Rheeder has not recovered from his knee injury and had to pull out of the event. This left two spots open for reserves. Thomas Genon, Emil Johansson, DJ Brandt, Reed Boggs, and Antoine Bizet were all on the list but it was the Belgian rider Thomas Genon that got the nod to replace Brendan Fairclough and Utah-based Reed Boggs that will be competing in Brett Rheeder's place on October 15. Emil Johansson was the second alternate behind Genon, but has prior commitments and could not make it.

Genon has competed in the past 7 Rampage events since making his debut in 2013. He has a best-ever result of fifth at the event, which he achieved in 2015 and 2018.

bike-nerd (Oct 4, 2021 at 8:47)
Genon is consistently one of my favorites to watch. Such fluid style and classic tricks, both directions

In my opinion, it should be 20 total riders. I recall they had more riders than 15 in past years.

It should be top 10 from last rampage are auto invited.
Then top 5 from proving grounds.
Then top 5 video submissions.

adrennan (Oct 4, 2021 at 9:50)
Proving grounds is no longer a qualifier but it sounds like it is going to be its own series instead. They had to reduce the number of riders for a couple reasons, there wasn't enough space for everyone to make their line without conflict, and I think with more riders, you run the risk of afternoon winds picking up in the desert.

CuyunaHTmn (Oct 4, 2021 at 18:32)
@adrennan: Then I’m afraid our only option is to have a second Red Bull Rampage. Then the two winners compete in a rampage style dual slalom.

h0rnyunic0rnie (Oct 5, 2021 at 4:49)
Having ridden in the area a fair bit, I'd say you might be pushing your luck to give 20 riders 2 runs without the wind jacking the whole contest up. Might get lucky, though, and the more the merrier!

bkillah (Oct 4, 2021 at 9:36)
During title slopestyle Cam mentioned couple of times that Tommy G is going to rampage. So they knew prior to Brett's announcement

rallyimprezive (Oct 4, 2021 at 15:33)
@plyawn: I think they get 4 build days, then a day of rest followed by 4 practice days. Definitely a short amount of time to coordinate travel and lodging then get cracking’
I’m sure Tom and his team were already prepared just in case though.

lowkeyevil (Oct 4, 2021 at 14:02)
Maybe his medical issues ? It;s probably difficult to dig a week and then ride for his body. OR he just isn't into it. I mean he only did one run last time. (and it's totally ok if he only wants to do slopestyle. to each their own).

Brestling (Oct 5, 2021 at 5:28)
He has probably already booked a flight for CWX Rotorua which happens at Oct. 31st. My guess is that the rules in NZ (2 weeks of quarantine i blelive) don't allow him to compete at both. At this point in his career he might also value the chance of getting the tripple crown higher than competing at Rampage.

dawgdude (Oct 4, 2021 at 18:25)
So stoked for Rampage and Tommy G! He was looking super solid in slopestyle this past Saturday! He's become a lot cooler in the last few years also.

jewpowered (Oct 4, 2021 at 8:41)
Stacked bench! Shame for any of these guys to miss the event/ Thomas Genon, Emil Johansson, DJ Brandt and Antoine Bizet

enduroNZ (Oct 4, 2021 at 13:52)
This article is about Thomas Genon getting the call up - did you just go straight to the comments lol