Thomas Vanderham - From The Collective to Return to Earth

Join Pinkbike  Login
The Collective and Anthill Films have made seven full-length mountain bike movies over the last 15 years and Thomas Vanderham’s been in all of them. From the opening scene in The Collective to his moto-sized senders in Seasons, following Sam Hill at home on the North Shore to the release of Return to Earth. A lot of the major moments in Thomas’ riding career have been captured in these films.

We first signed Thomas 19 years ago when he was just a kid in high school and at that time the North Shore freeride scene was beginning to gain momentum. Local photographer, Sterling Lorence, had just gotten his first cover shot of BIKE magazine and shortly after him and Thomas began to work together on their home trails.

Sterling has been the main photographer for all three movie from The Collective, and stayed with the crew as they restructured for four more as Anthill Films. Being present for all seven films has given Sterling and Thomas a unique relationship. They’ve grown their careers in parallel with one another and documented some of the finer moments along the way. 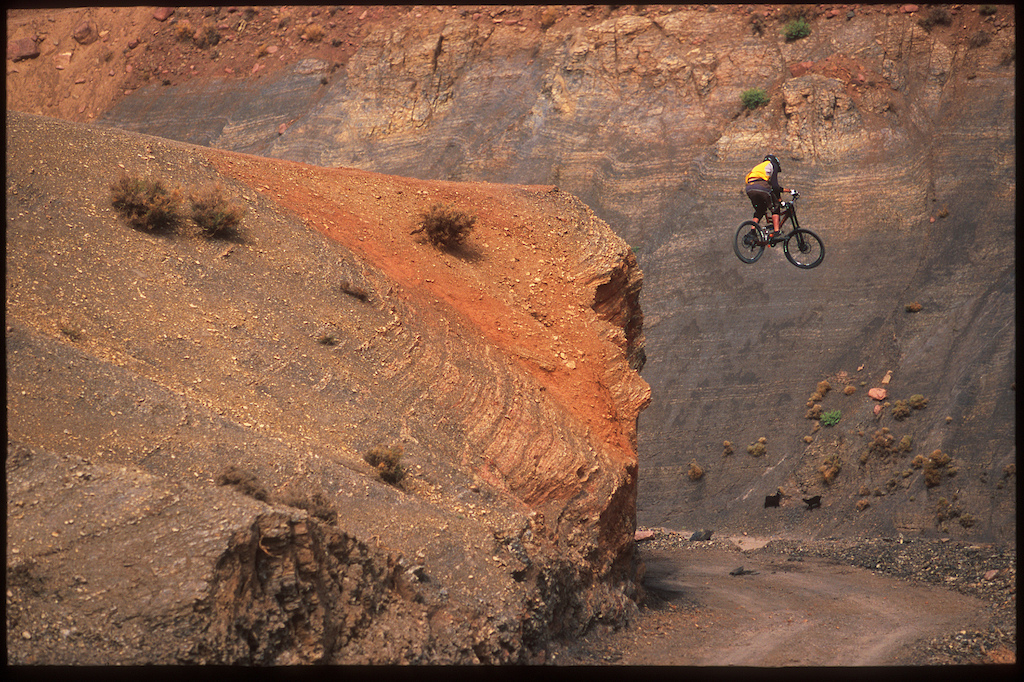 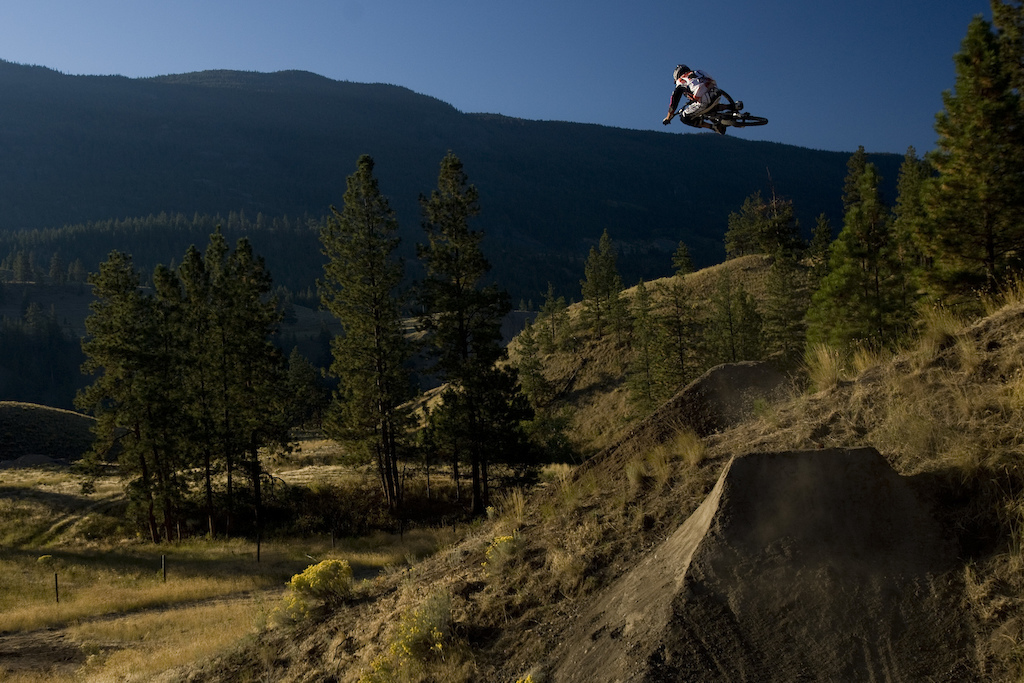 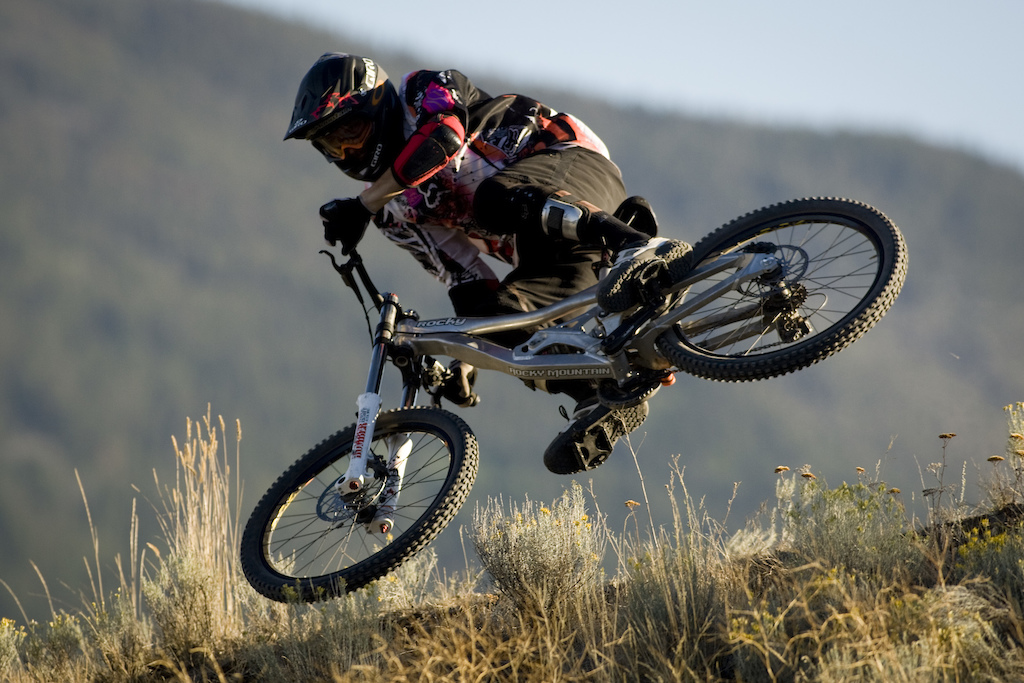 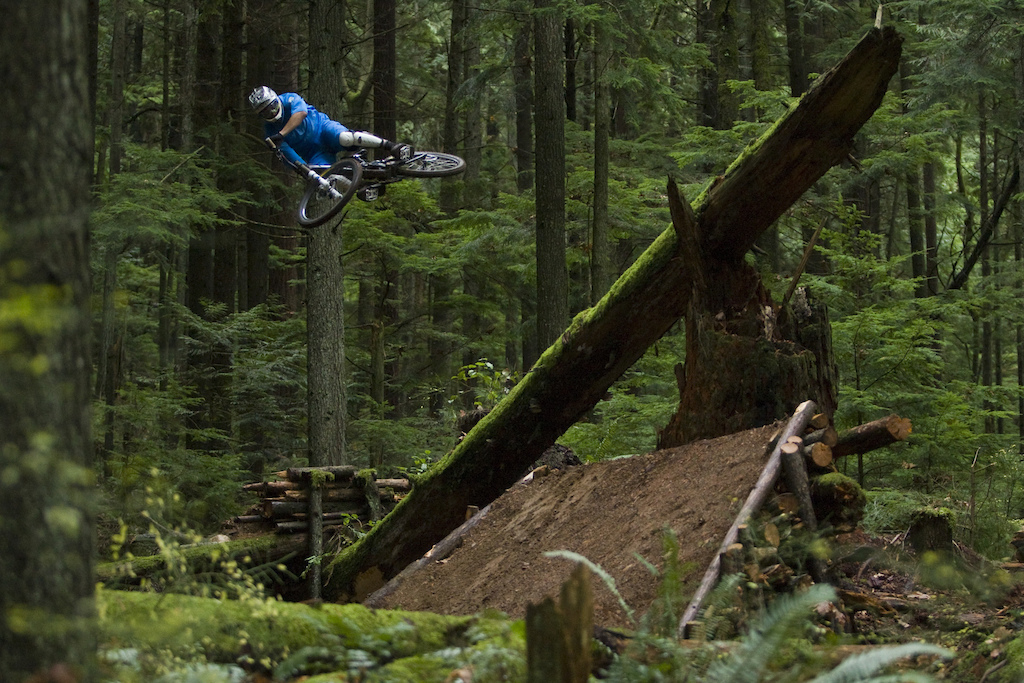 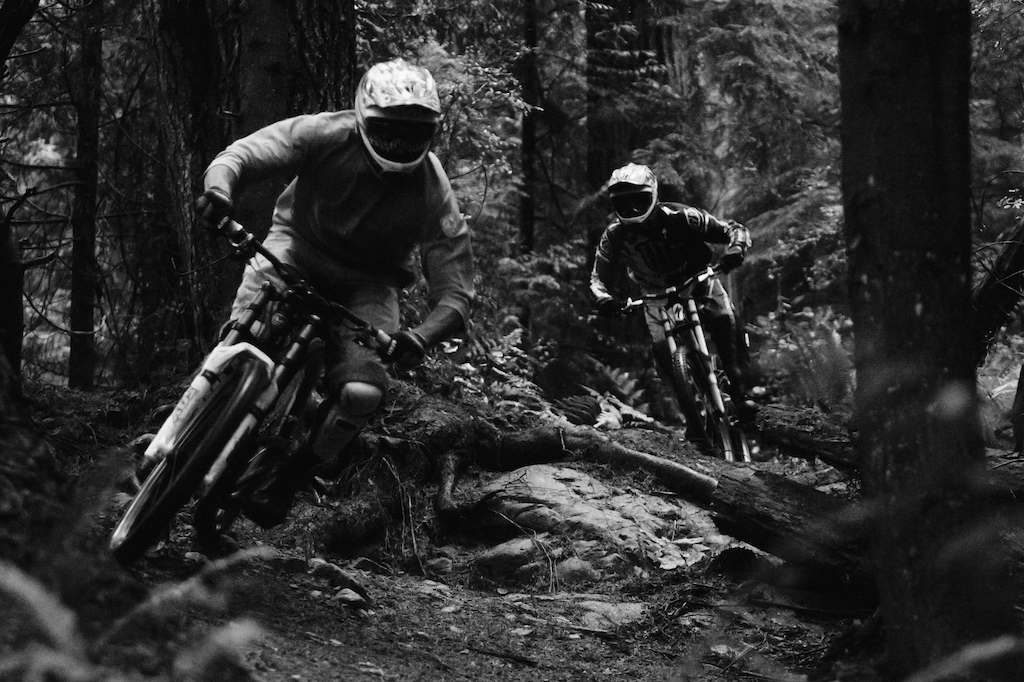 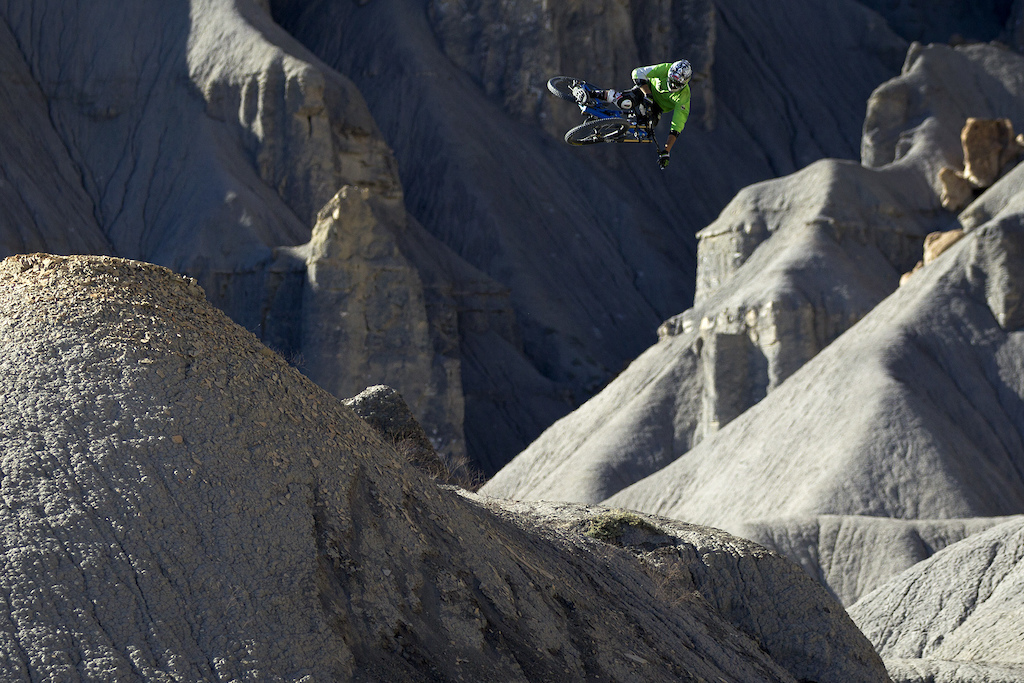 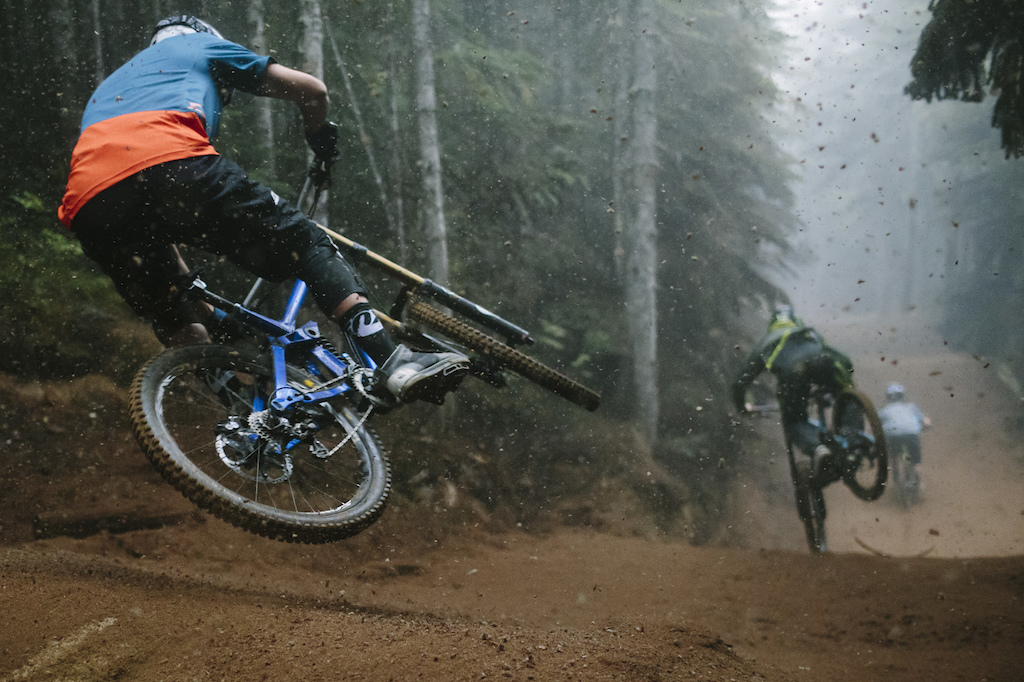 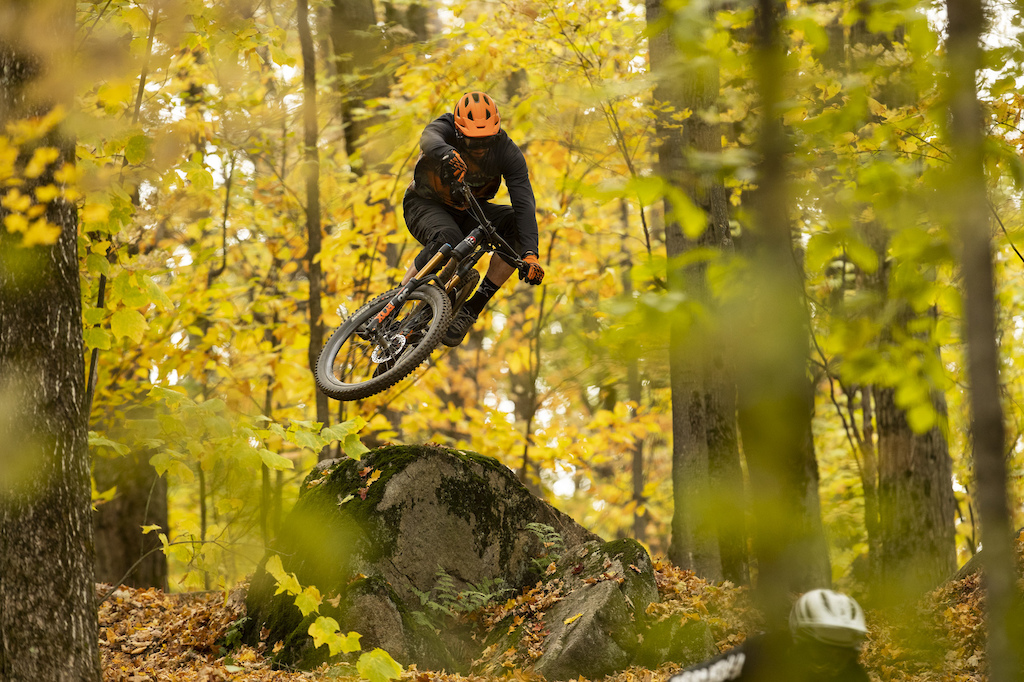 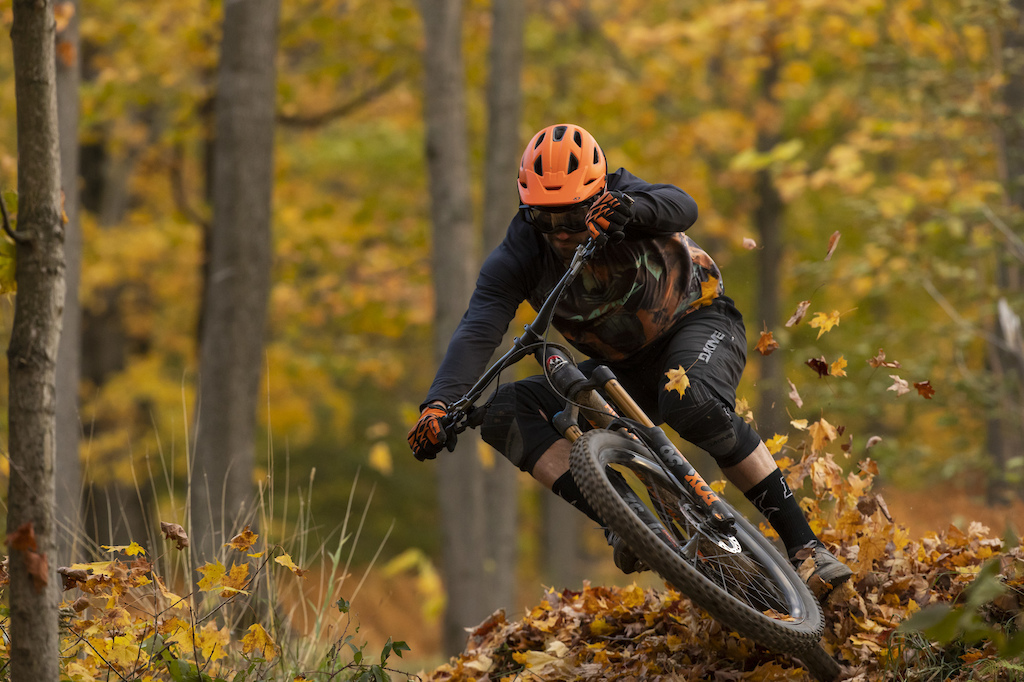 I think the concept of the film really hit home for me in this segment. Growing up in Edmonton the leaves changing colour meant that snow was around the corner, and riding season would soon be over. Return to Earth is about making the most of your time and I think we certainly did that on our shoot!”

Thomas and Sterling have had an incredible ride together through the release of these films, and Return to Earth marks the latest chapter.


The world premiere for Return to Earth is tonight in Vancouver, B.C at the Vogue Theatre. Come by, meet Thomas, Sterling, and the rest of the Anthill crew. Tickets can be found HERE

The premiere world tour will take place across North America, USA, Europe and other international destinations. If you can’t make the world premiere, checkout premiere tickets in your city HERE

Tweet
Must Read This Week
A Complete Timeline of Coronavirus' Effects on Mountain Biking [Update: Taipei Show Goes Virtual]
126316 views
Interview: Trek's Travis Brown On Experimenting With 32" & 36" Wheels
88537 views
Ridden & Rated: 4 of the Best eMTB Motor Systems for 2020 - Bosch vs Brose vs Shimano vs Fazua
74837 views
First Ride: Cannondale's All-New Scalpel SE
74156 views
Pinkbike Poll: If You Had to Ride One Bike for the Rest of Your Life, What Would It Be?
54975 views
Mountain Biker Attacked by Grizzly Bear Near Big Sky, Montana
48294 views
Video: Claudio Caluori Tries to Keep up With Nino Schurter on his Home Trails
47885 views
15 Bike Checks from Craig Evans, Iago Garay & The Santa Cruz Free Agents
43462 views

tomo12377 (Jun 14, 2019 at 8:20)
Even though it looked like a balloon animal made from scaffold poles and weighed more than 'yo mama' I wanted a RM Flatline so bad! based solely on his section in Seasons

colincolin (Jun 14, 2019 at 8:36)
the flatline in raw was one of the sickest looking bikes back then. even space for a water bottle!

betsie (Jun 14, 2019 at 7:40)
I loved the Hill/Vanderham section in follow me, still one of my favs of any film, and still probably the best film made. Always liked the geek thing about it, one rides left foot forward, the other right, most right handers are with the right foot rider, most left with the left. Once you have noticed this you cant un-notice it.

leopaul (Jun 15, 2019 at 15:18)
@betsie: I’m right handed and always have the left foot upfront. Not only in biking but snowboarding and wake boarding as well. Except for skateboarding. Which is really weird

Intense4life (Jun 15, 2019 at 7:29)
Still to this day I wonder what would have been if Thomas committed to the racing WC. If your not from around these parts you probably would know but TV was fast as f*ck. Influenced by the shore, Shandro , Watson, Wade etc etc he sorta got pulled into an emerging “free” scene. The legacy of video and photo shoots he has put together will last forever. Remember this. Thomas went huge before anybody. The whip? Pfffft. We all know.

giantwhip (Jun 14, 2019 at 9:49)
His scene in Ride to the Hills on a Giant ATX Dh bike still gets me pumped. Ryan Leech doing a no footed nose stall on a picnic bench is also another highlight from that film

AndrewHornor (Jun 14, 2019 at 15:46)
After The Collective blew my mind, I was lucky enough to make it to the premiere of Roam at the Sea Otter Classic in 2006. That's probably my fondest memory from that year. Needless to say I'm looking forward to Return to Earth!

discombob (Jun 17, 2019 at 8:16)
Godfather Wade may have pioneered it, but Vanderham nearly perfected it. Thanks for swallowing all those butterflies and making some truly enduring art, Thomas!!