Join Pinkbike  Login
Each year during “silly season,” there are a few team moves that get everyone talking. This year, Emily Batty moved from Trek to Canyon, Vali Höll, Cam Zink, and Adolf Silva are all off YT, and Sam Hill broke the internet with his nonexistent team change. Let's look back at some memorable racing rumours from years past, all of which were significant for different reasons.

Josh Bryceland's Move From Santa Cruz to Cannondale
Ratboy's decade riding for Santa Cruz brought him World Cup success as a junior and an elite. With Steve Peat's guidance, Ratboy moved up through the ranks of World Cup downhill racing, and was at the top of the game when he announced his retirement from the World Cup circuit. He continued to race enduro and work on media projects with Santa Cruz's support for another two seasons after he stopped racing downhill, then announced his move to Cannondale in 2019. 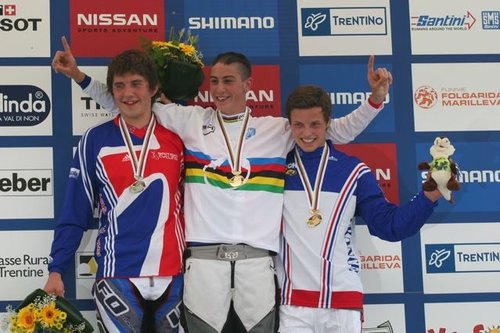 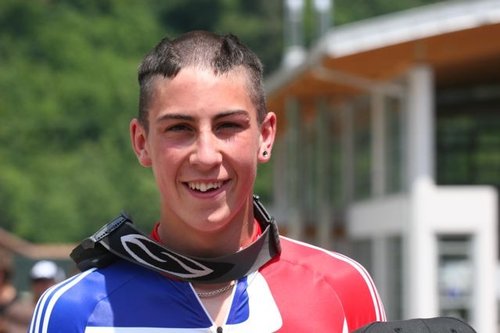 The Athertons' Move From Trek to Start Atherton Bikes
The siblings said they'd wanted to start their own bike company since they were kids. In early 2019, they announced that they had taken the leap. Unlike the Trek, Commencal, and GT bikes the siblings had ridden before, the Atherton bikes were entirely new, made of carbon and titanium using a type of 3D printing. The bold new bikes did prove their worth, just a handful of months after their announcement, when Rachel won the 2019 Fort William World Cup. 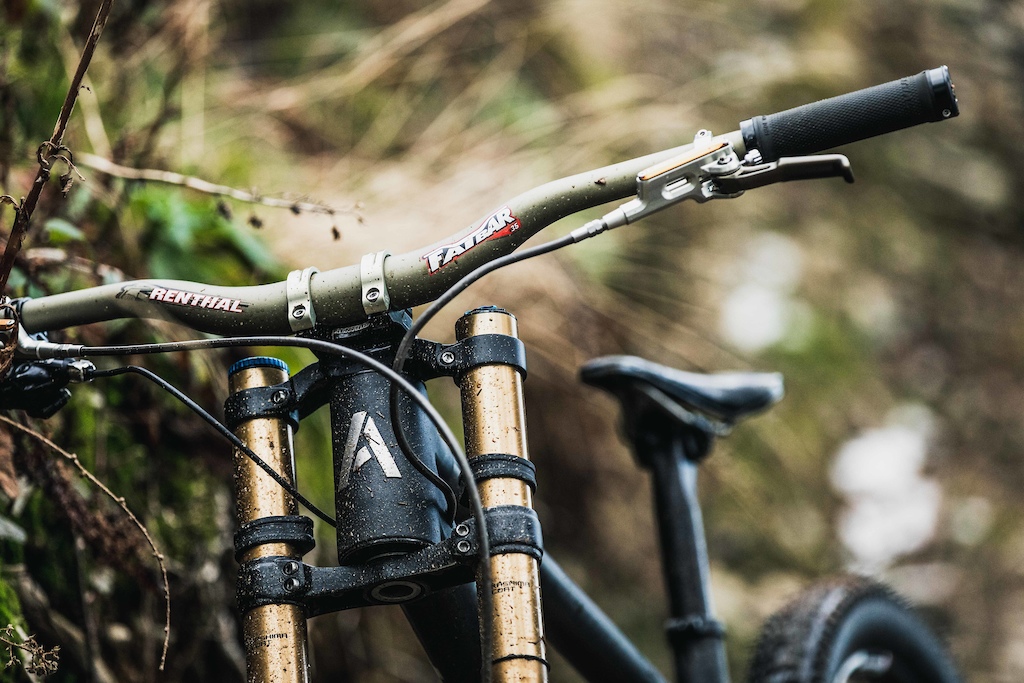 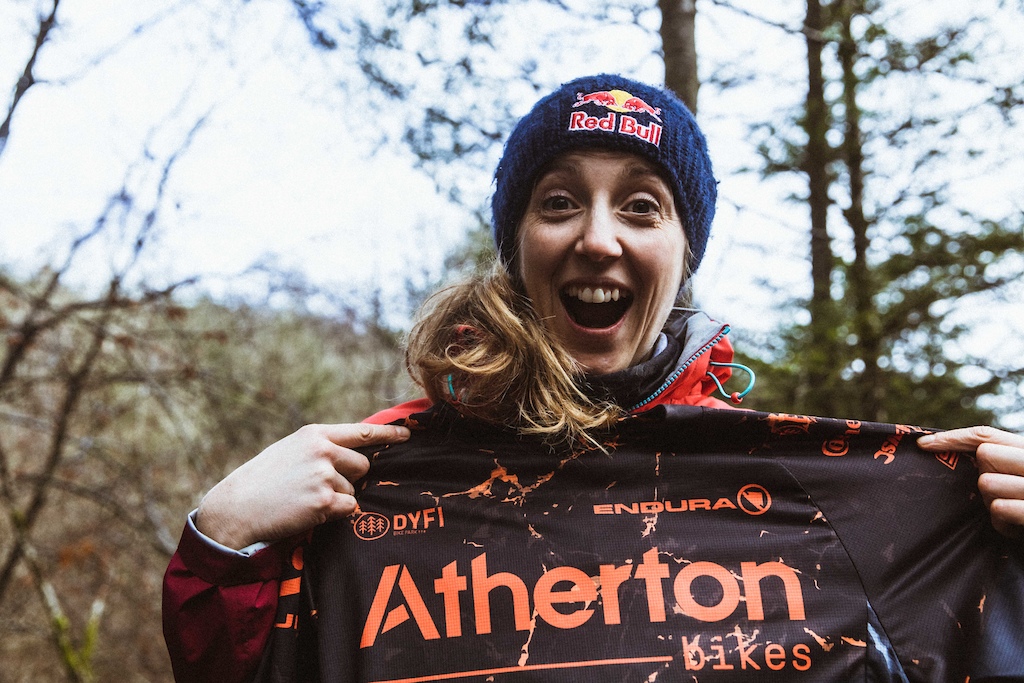 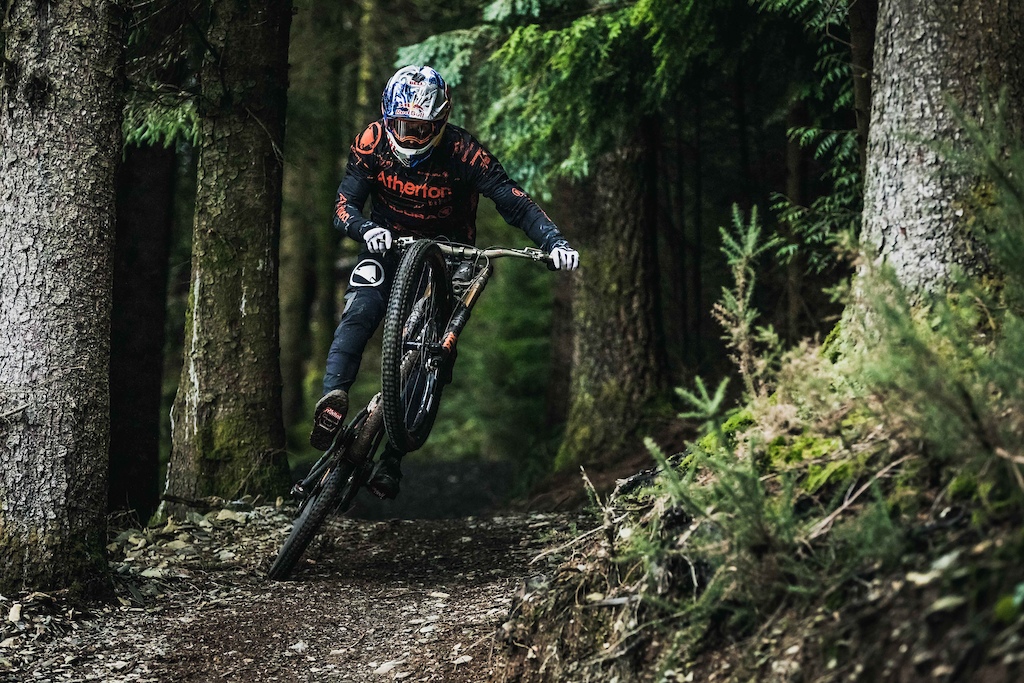 Steve Peat's Move From GT to Orange
Peaty signed with Orange in 2002, and the partnership brought him two World Cup overall titles, as well as several wins. The team change was exciting for the UK, as the partnership allowed the British rider to show off the British-made bikes on the world stage. 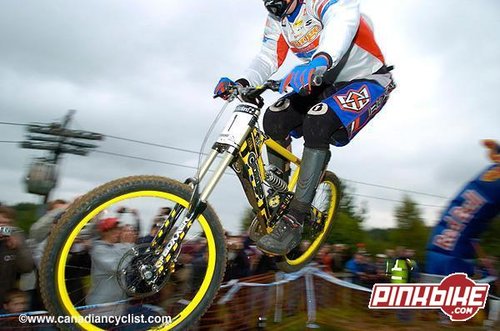 Aaron Gwin's Move From Trek to Specialized
Aaron Gwin surprised just about everyone, including Trek, when he announced at the end of 2012 that he would be riding for Specialized in 2013, despite coming off an incredible season and having signed a letter of intent with Trek. The move led to an intense and public battle between Gwin and Martin Whiteley at 23 Degrees, the company that owned Trek World Racing. Review the 10 Biggest MTB Controversies of the Last Decade to see the correspondence. 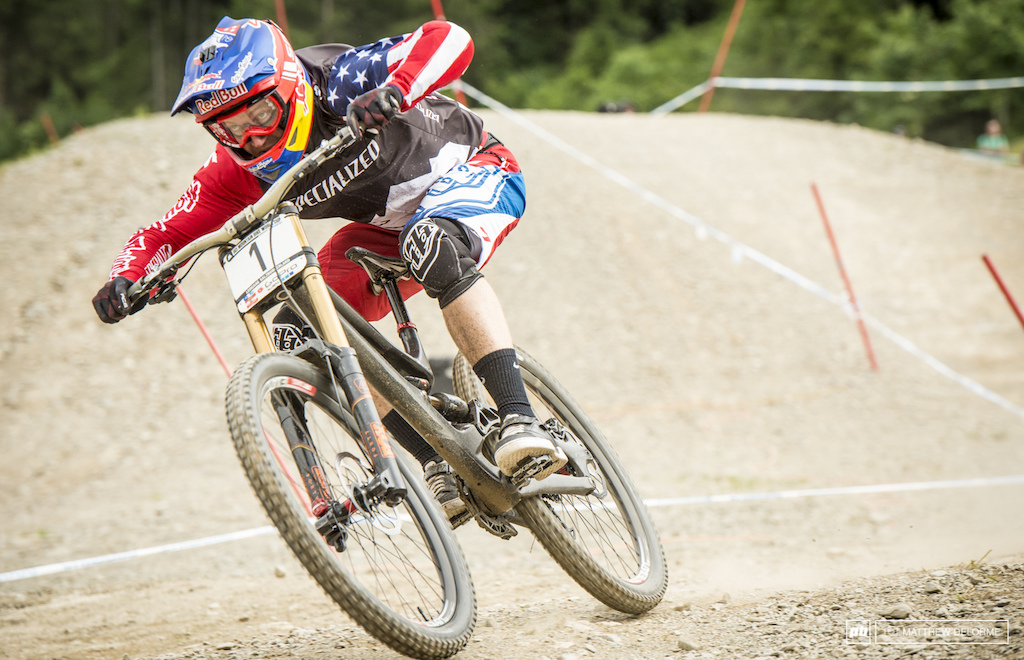 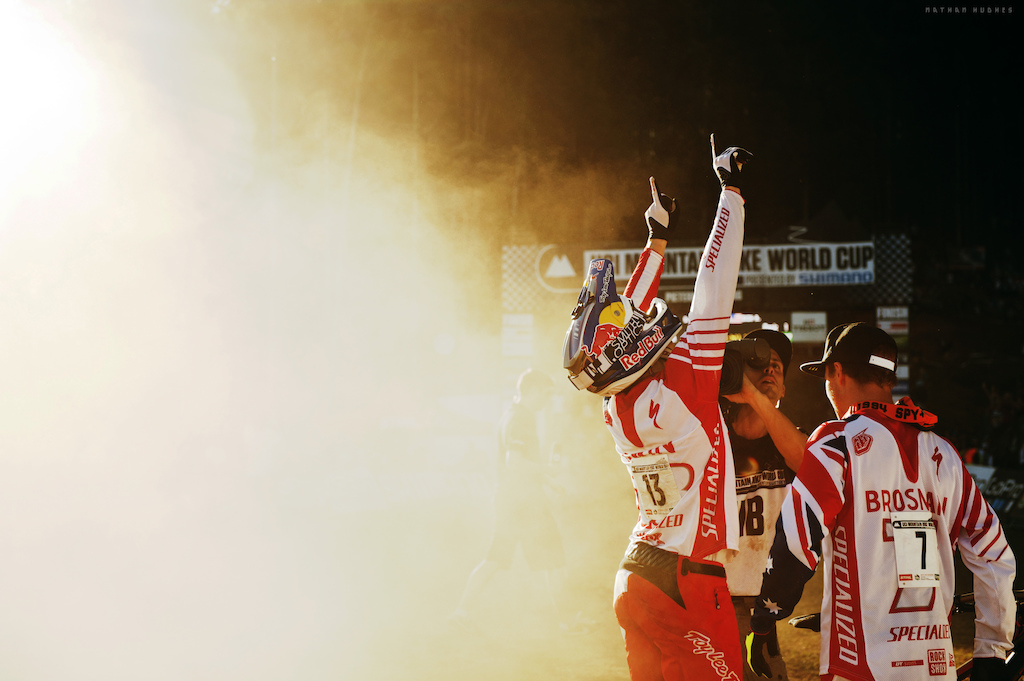 Jared Graves' Move From Yeti to Specialized And Back Again
During more than a decade of representing Yeti, Jared Graves showed himself to be one of the best bike racers in the sport, with 4X and enduro world titles. After leaving Yeti at the end of 2015 for a stint with Specialized, he joined Yeti again as an ambassador in 2020. It will be good to see what Jared can do with Yeti as he moves forward from a couple of tough years battling cancer and receiving an 18-month doping scandal suspension from the UCI. 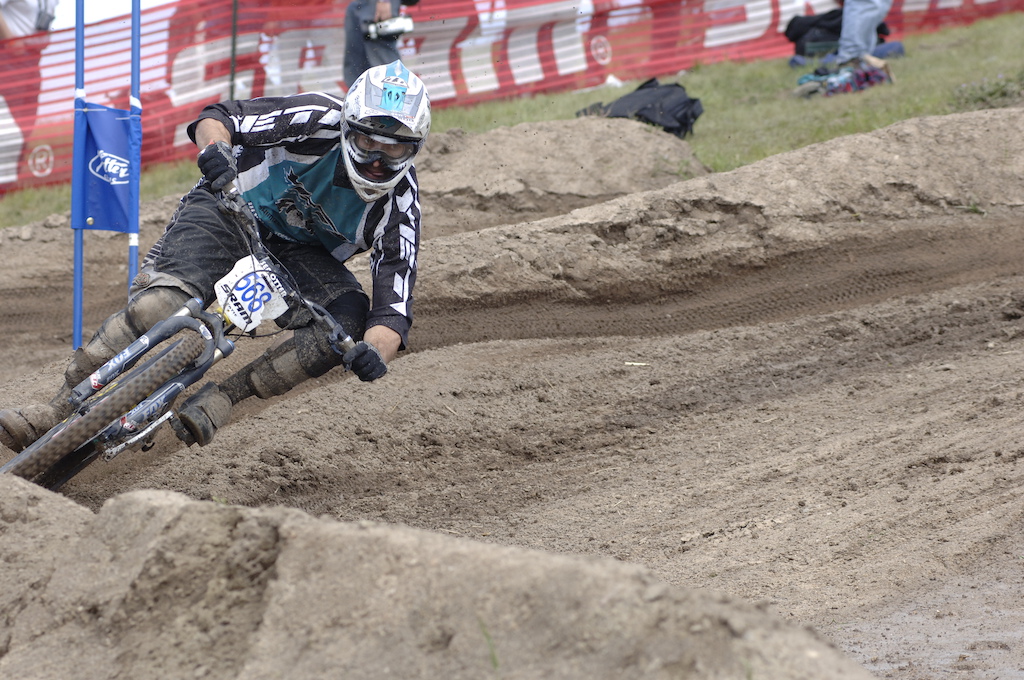 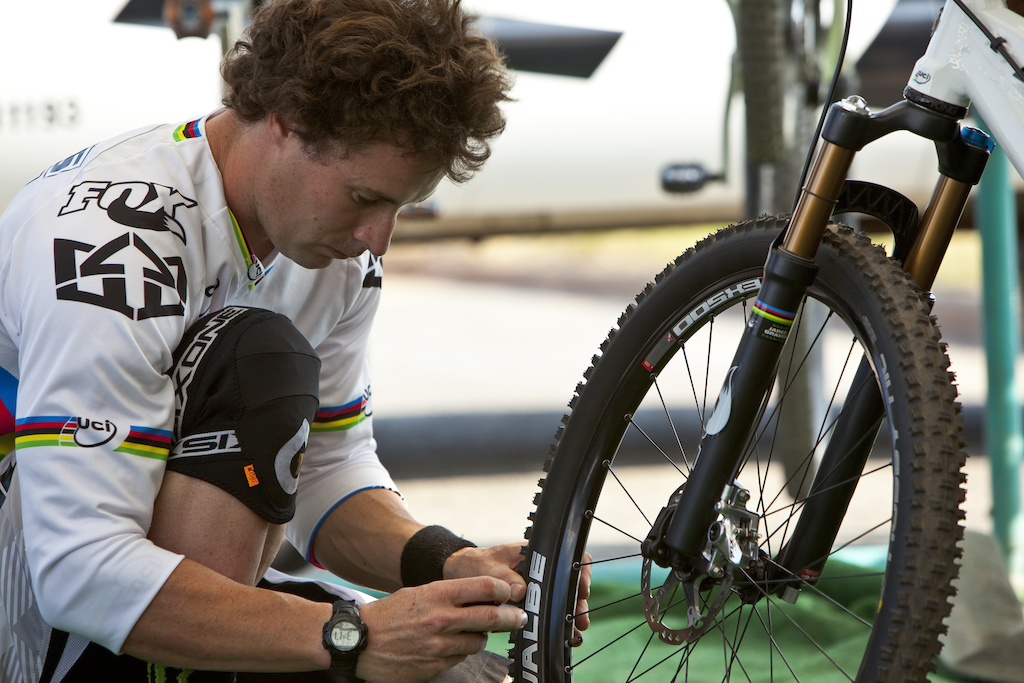 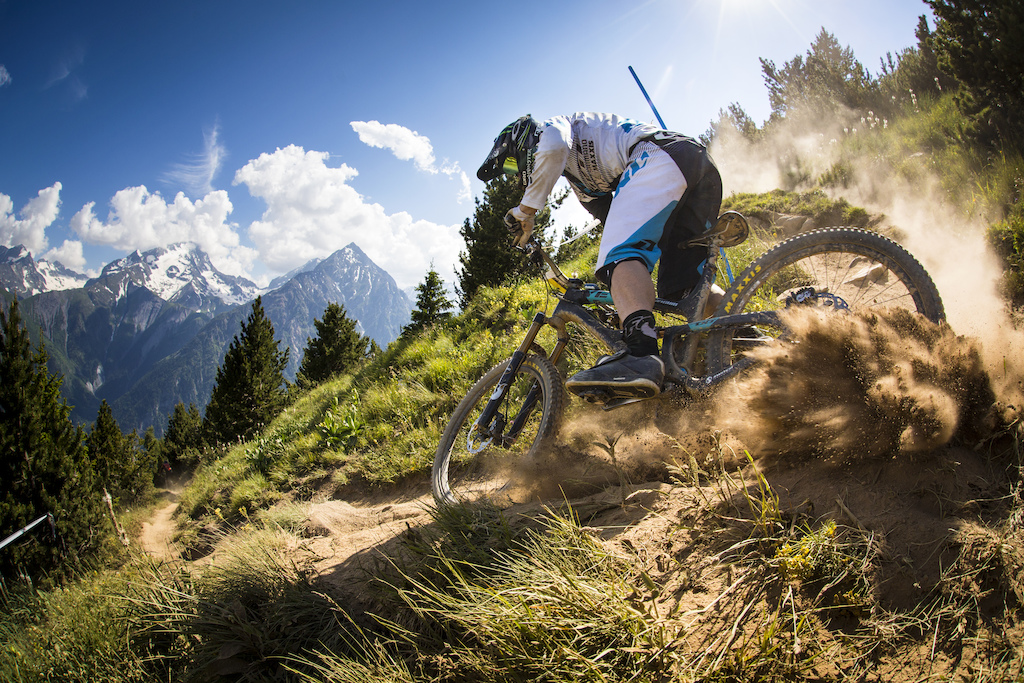 The Introduction of Team G Cross Honda
The team included Greg Minnaar, Matti Lehikoinen, Brendan Fairclough and Cyrille Kurtz at various points between 2004 and 2007. They rode Honda's moto-inspired gearbox downhill bike, the RN-01 G-Cross. But although the bike looks intriguing, we'll likely never experience it. It is said that all the models were destroyed after the team was shut down. 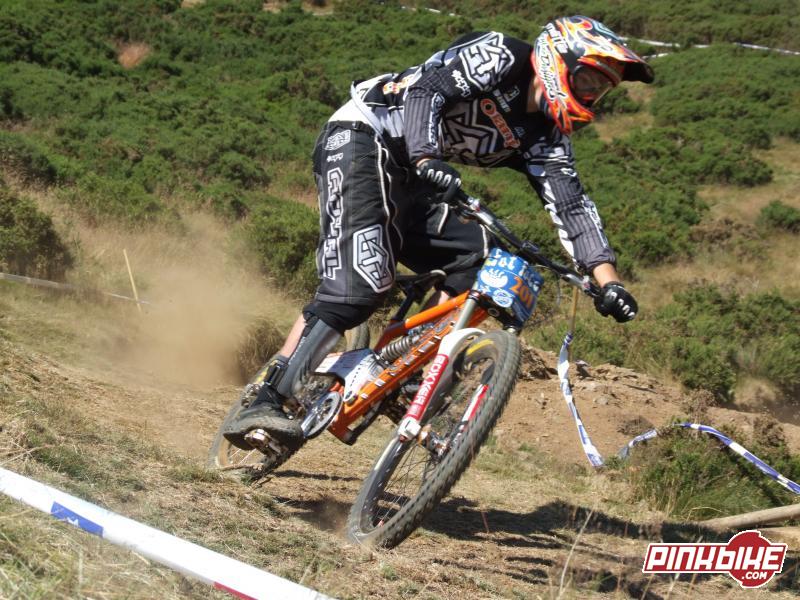 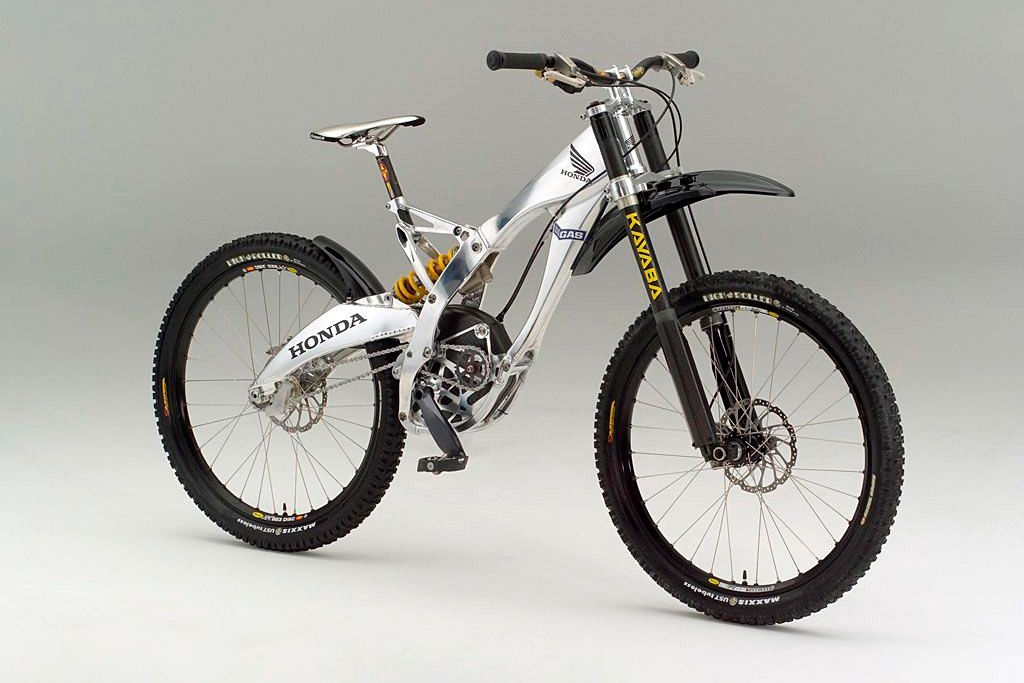 neimbc (Jan 28, 2021 at 11:55)
Greg has his Honda in his bike shop in South Africa. Apparently, it's just something of an internal derailleur system.

mammal (Jan 28, 2021 at 12:23)
The second generation was a derailleur in a box. The first ones had a much more complicated gear system, that they got rid of due to too much drag. And yeah, Greg's still got one that's missing the gear box, because Honda wouldn't let him have it.

ccolagio (Jan 28, 2021 at 13:28)
the video on this page shows the internals of the drivetrain:
downhill24.bike/inside-info-honda-rn01-silver-bullet

penguinni (Jan 28, 2021 at 15:35)
along with the built-in internal needle that feeds horse adrenaline into your thigh while playing drum and bass down the hill....."waaahhhhh!!!"

xy9ine (Jan 28, 2021 at 16:28)
@mammal: random / related: the team mechanics used to pull the gearboxes out of the bikes overnight & keep them in their hotel rooms when at races (to safeguard the ~secret tech inside, presumably). a couple bikes were actually stolen from the team trailer, one of which showed up on ebay a couple years later (sans box), was spotted by bike nerds who alerted honda / authorities, who (i believe) recovered the bike. anyways, here's the listing photo: ep1.pinkbike.org/p4pb3113153/p4pb3113153.jpg

Superburner (Jan 30, 2021 at 17:36)
The picture of Josh on the podium after this Val do Sole World’s win is wild. Funny to think that of Josh and Sam it was Remi that’s had a far longer career on the circuit.

Still, at least none of them threw it away like the kid that won the Junior XC World’s in 2008. Stopped riding his mountain bike altogether, never see again, something Sagan was his name.

GregorHayes (Jan 28, 2021 at 12:04)
I don't know, the cranks on that Honda look awfully similar to the GX Eagle cranks... does SRAM have something they want to tell us?

oldmanbucksaw (Jan 28, 2021 at 13:18)
Rumour has it that Brendog is waiting for the right moment to ride it at Ramage. You heard it here first.

Worded terribly. The scandal didn't bring on the suspension, the test results did, and those results and the resulting suspension could be considered scandalous.

taskmgr (Jan 28, 2021 at 12:32)
None of these were really big news. Maybe the atherton one was the biggest of the group. This feels like a buzzfeed article.