While scrolling through Instagram recently I came across a clip Brian Park had posted from his freeride glory days, a huge huck that ended with a crash and him missing a shoe.

Thinking back, most of us have come a long way from those days. I recall that my standard riding attire 15-20ish years ago was typically a pair of blue jeans, skate shoes, and an XC helmet. What did I ride? Urban, maybe some trails. Loading docks, the occasional picnic shelter roof drop. Hucks, all on a 24" wheeled Big Hit with a 2002 Monster T (the last good year of that fork), and a MRP chainguide along with Hayes brakes that didn't work. That bike was sold to a friend, I got it back at one point I think, then it went to someone else and on through the community. The Azonic Love seat stayed on it throughout transactions and the BB height grew and grew because a longer stroke shock meant one thing, bigger drops.

With that in mind, I asked a selection of Pinkbike's editorial staff for images and recollections of what they were riding back in the day. It's time for a journey in the time machine, back to the early 2000s. Enjoy the ride. 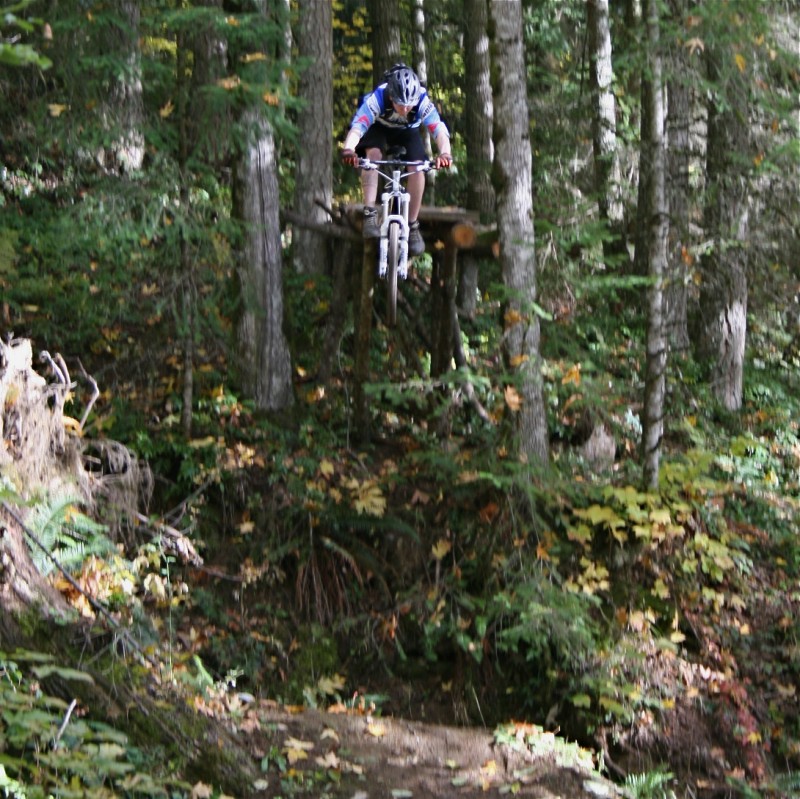 According to Levy, his original Trek Remedy weighed about 25lbs and he pedaled it everywhere, including this mini road gap that led into a decent sized double he cased every time he tried to clear it. Most rides involved a huge CamelBak loaded with terrible food, a Bud Light Lime, and too much pedaling. Simpler times. 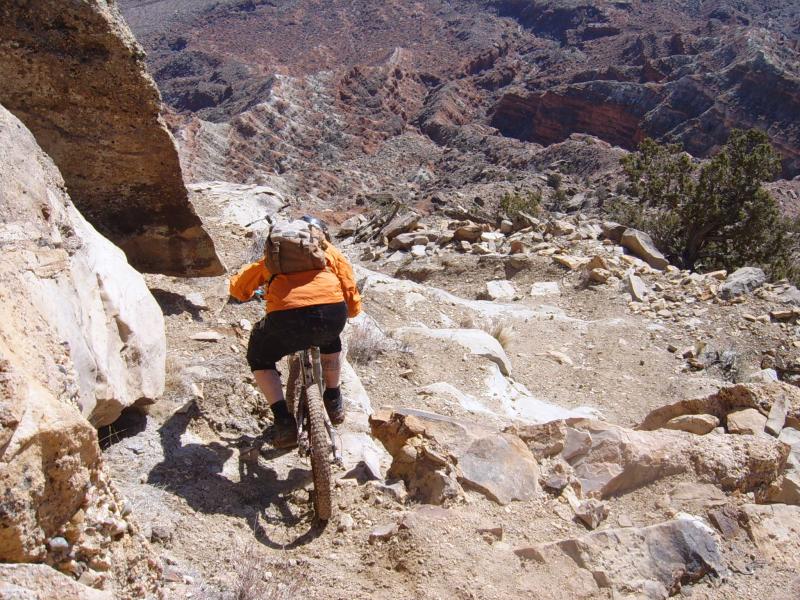 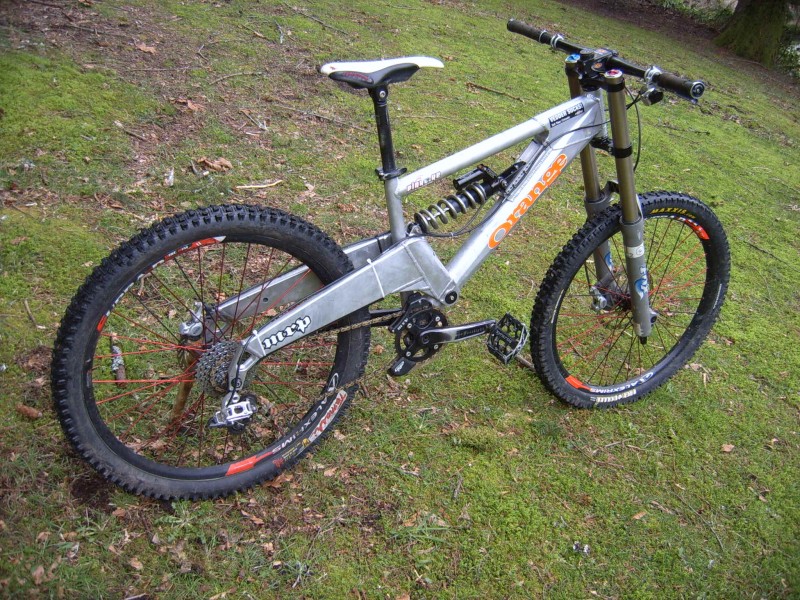 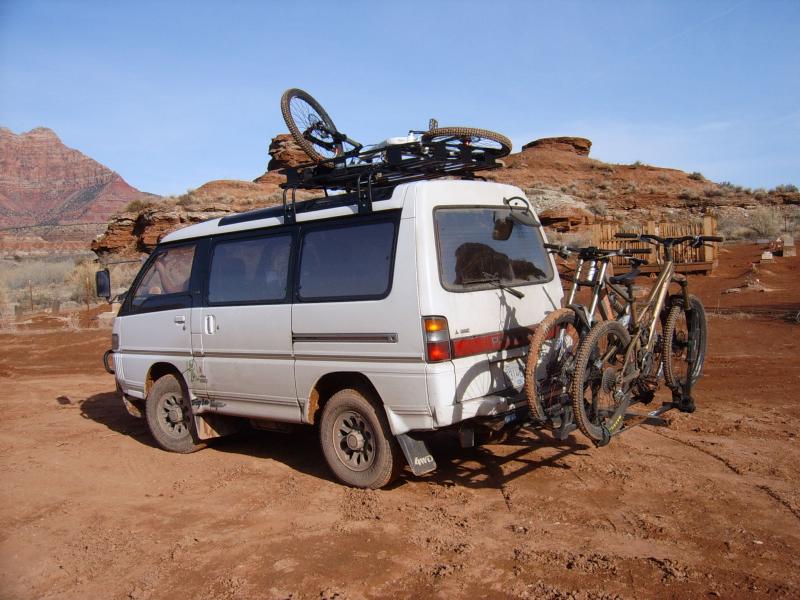 The bike, and the van. 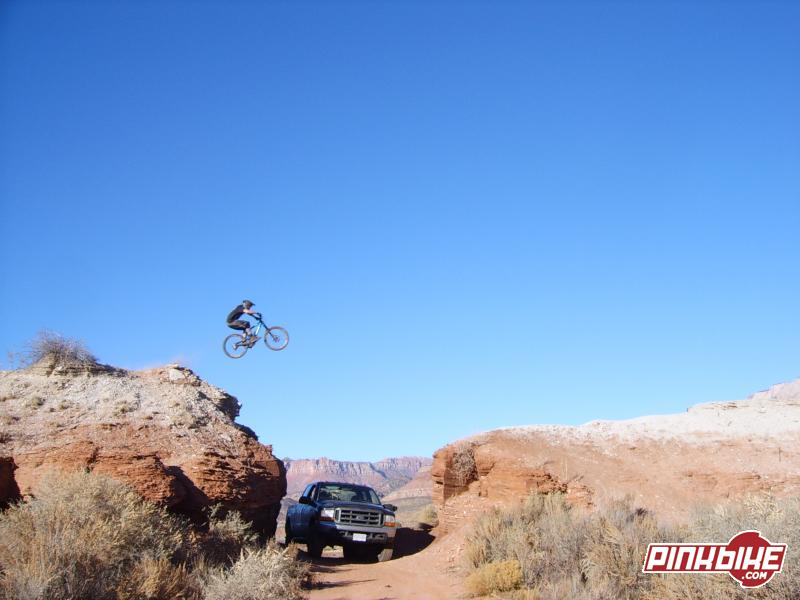 Levy's freeride days are long gone but he did throw down some moves. The old Grafton road gap from one of the original NWD videos was one of his finest. 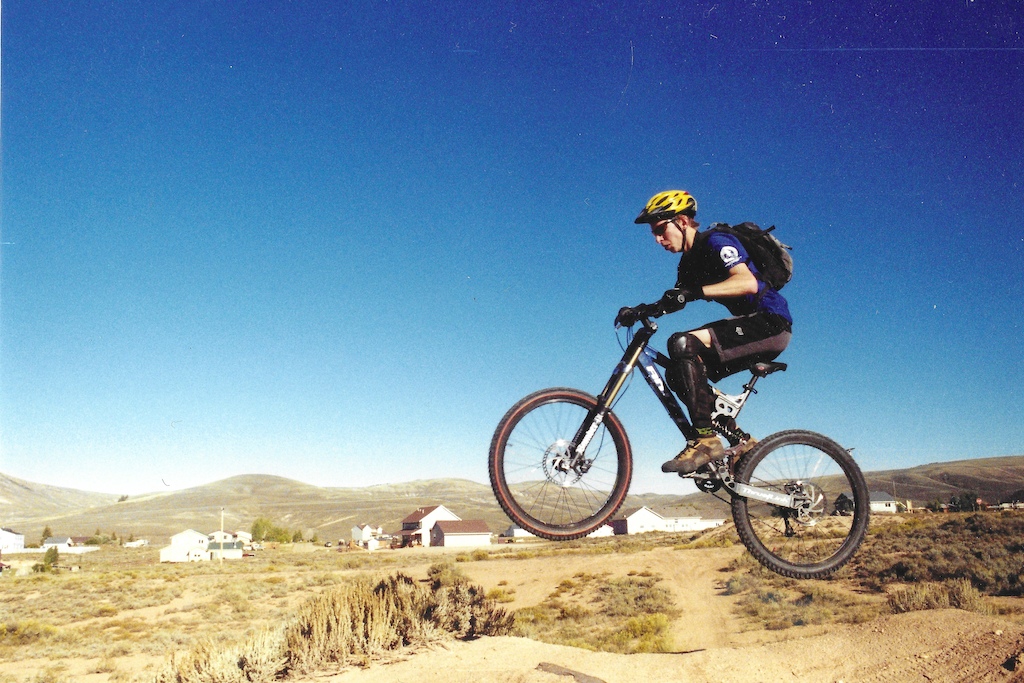 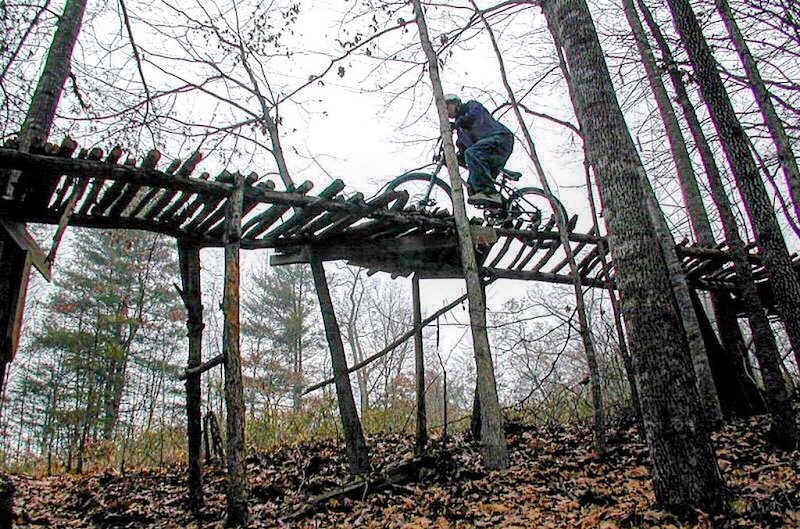 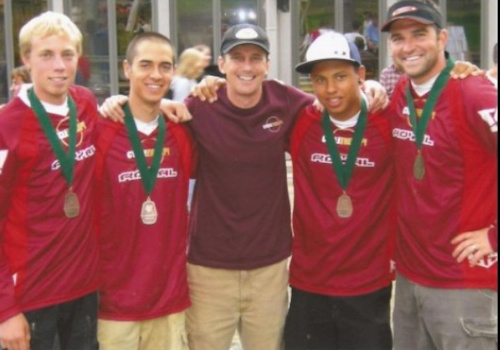 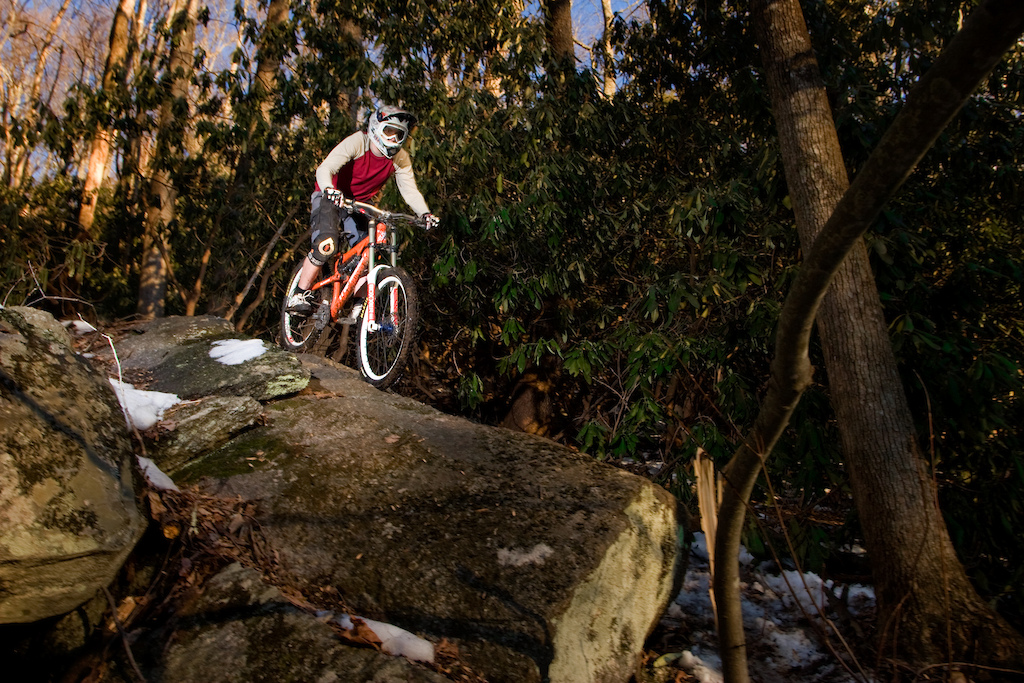 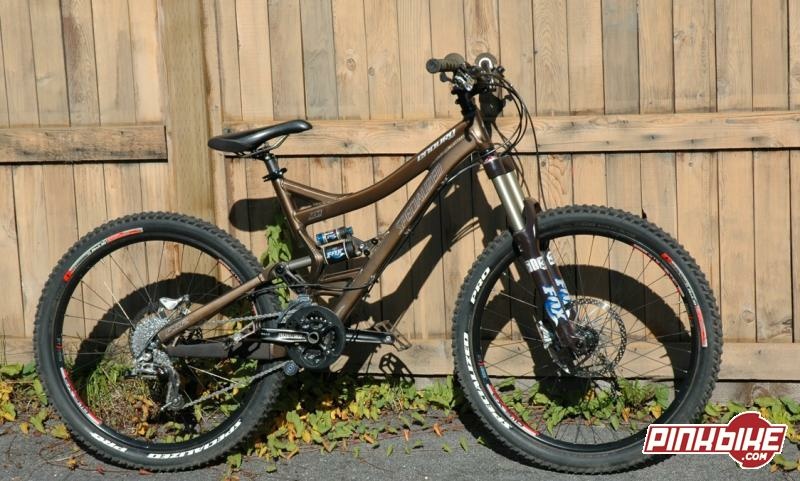 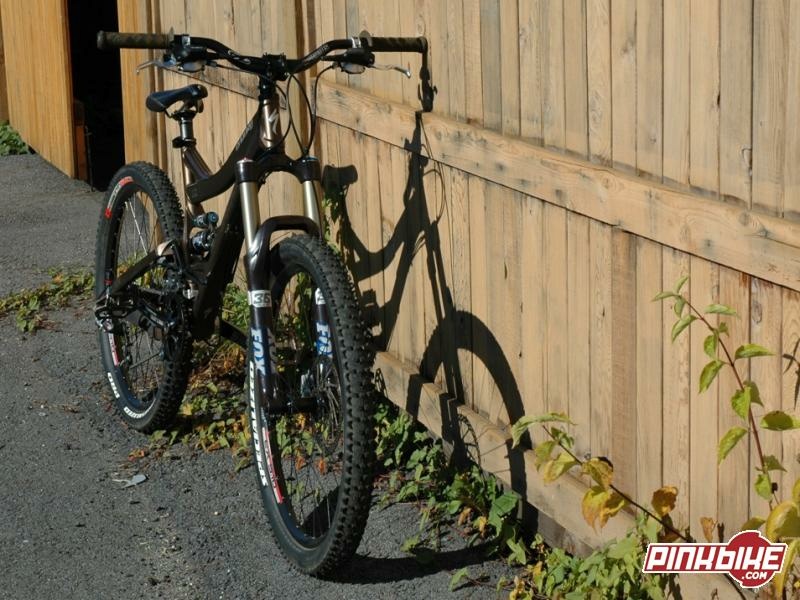 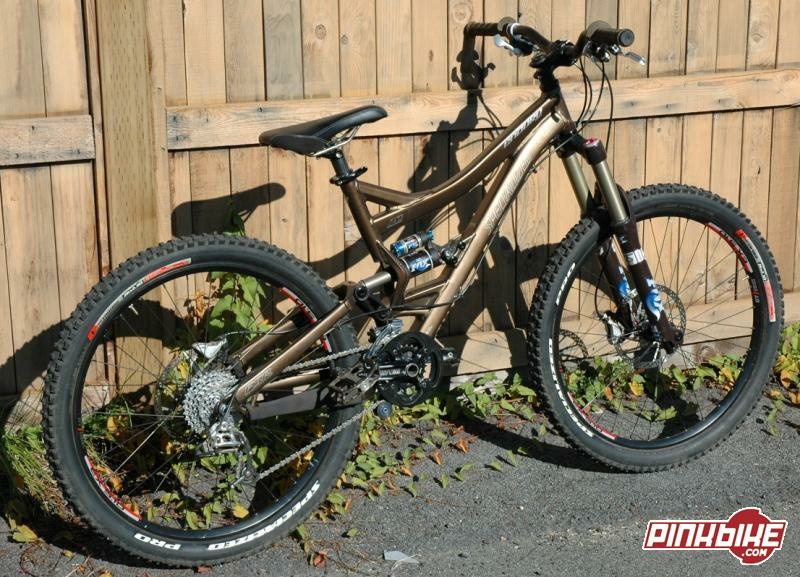 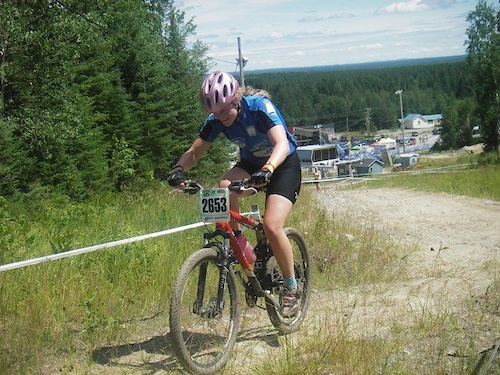 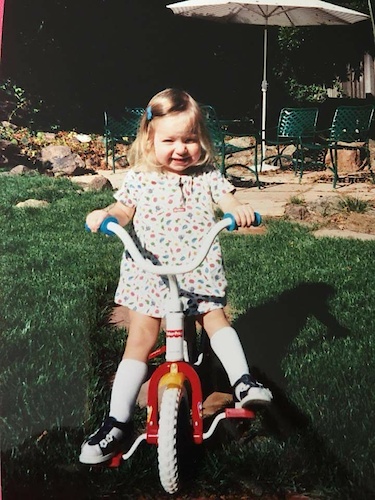 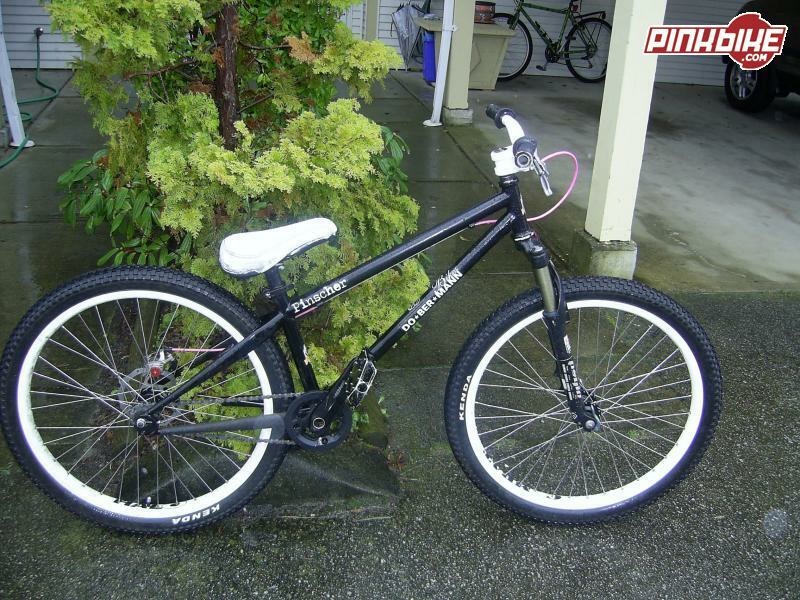 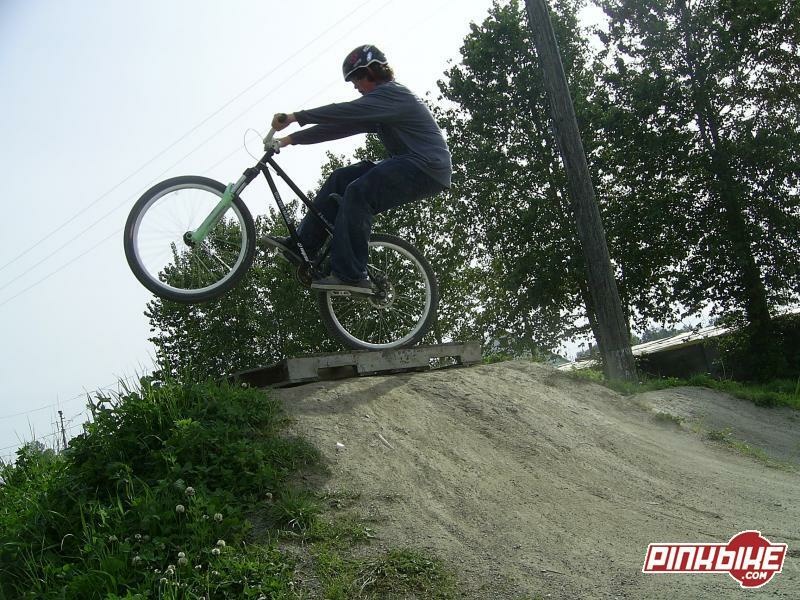 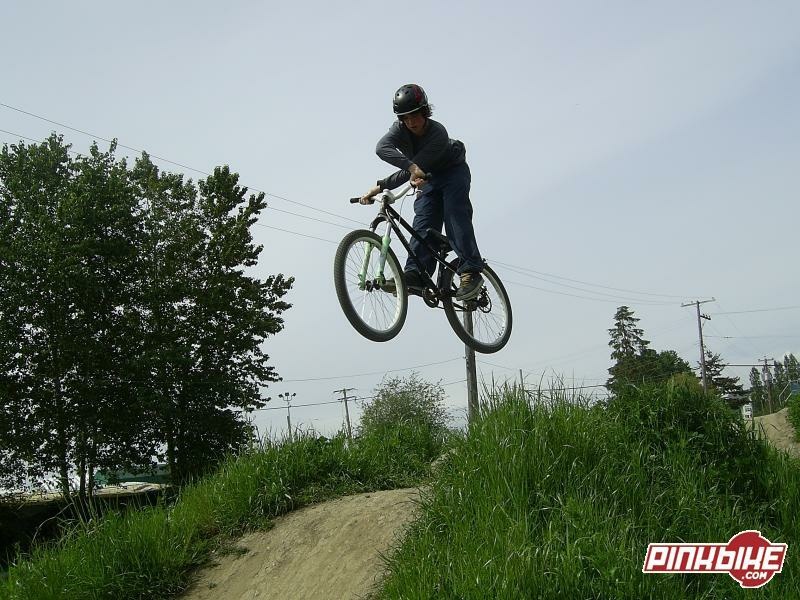 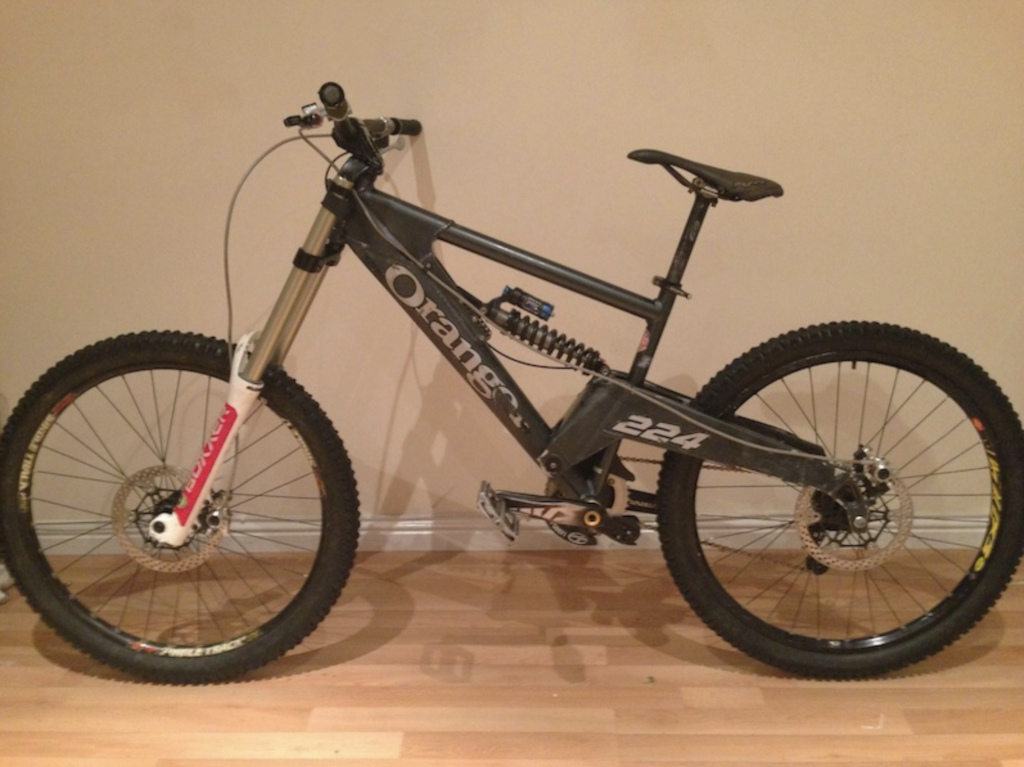 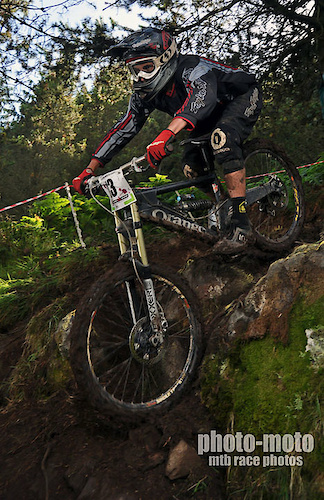 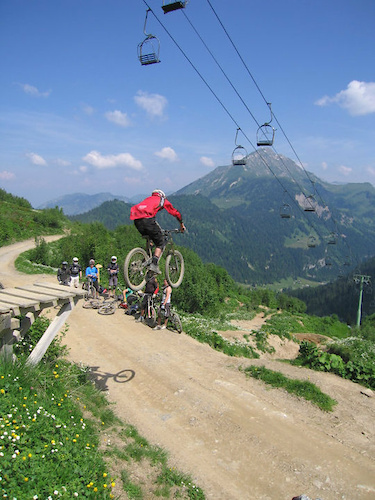 martin737 (Jan 21, 2021 at 18:01)
@mikelevy: Did something similar during a ski-cross, massive kicker and 55ft long landing zone. My skies disintegrated on impact. Survived but the race was over.

brianpark Mod Plus (Jan 21, 2021 at 13:55)
@Gamertebo: we've been calling out a Mike vs Mike showdown for EWS Whistler, with the prize being whoever wins can veto attending a trade show of their choice in perpetuity.

I like "Who is the Mikest Mike?" as a tagline though. Real nice.

We're also accepting "Who is the Magic Mike?"

martin737 (Jan 21, 2021 at 18:05)
@mikekazimer: Still have RM Vertex Team SC (with mostly original components: Spinergy wheels and RaceFace/SRAM/Easton). The livery/design was ahead of its time.

kungfupanda (Jan 21, 2021 at 20:29)
@brianpark: As a Mike, I will take offense to that. You'd need to hold some sort of World Mike Open, preferably in Whistler. Let your imagination run wild for events. I'll be there.

No Downcountry for Old Men

bookem13 (Jan 22, 2021 at 8:43)
@mikekazimer: @mikelevy I think this should be a series on Pinkbike " MikeVS Mike" pick an era of bikes and have a race. Start with early 2000s on dirt merchant, maybe a 90s hardtail on Ruperts, stuff like this would make many people smile.

chakaping (Jan 22, 2021 at 1:44)
@mikelevy: You really do need to test one of the current @orangebikes models - I'd suggest either the new Stage Evo or the Stage 6 (with the longest chainstays in the universe at 469mm).

i'm going into withdrawal from not riding them

sino428 (Jan 22, 2021 at 3:54)
@kungfupanda: Can’t do it. Pinkbike comment section will have a meltdown if ‘unnatural’ wood features are added to Rampage (8 thousand sand bags are ok though).

withdignityifnotalacrity (Jan 21, 2021 at 12:17)
Orange must be the only brand whose modern bikes have gotten uglier than the old stuff. Still pretty sick though.

brianpark Mod Plus (Jan 23, 2021 at 22:04)
We should probably have Levy come and do a Random Shit in Tippie's Basement Tour video with you, hey?

Please write that up as a story, I would be all over that! I was a teenager during the dual initial explosions of freeride mtb and skiing late 90’s early 2000’s, and I think I’ll have some nostalgia about those years forever!

stevenmorrow (Jan 26, 2021 at 11:15)
@onterribleftw: totally with you here! Would love the hear more about that @bretttippie

mikelevy Mod Plus (Jan 21, 2021 at 12:21)
@TheBrosCloset: We do these 'Now That Was a Bike' articles that would be perfect. I'll put the Super 8 on the list www.pinkbike.com/news/tags/now-that-was-a-bike

Please please please do a resto-mod series. I would love to see what you guys would / could do with classic bikes... it would be akin to seeing a ‘67 Mustang with an LS swapped engine and modern suspension, wide tires, and a nice exhaust ripping around a track, schooling the more modern rides.

brianpark Mod Plus (Jan 23, 2021 at 22:07)
@MB3: that's the idea. I'm going to give each tech editor a sketchy old bike and a small budget to make it awesome, and then we'll judge each of them from before and after. The one who goes from shittiest to goldest wins. Ideally we'll give the bikes away to some kids programs or something afterwards.

Giving the bikes away afterwards sounds very generous, but it would be a rare kid that would truly appreciate a bike with true MTB heritage and history given new life. I think part of the appeal of a restomod is the amazing blend of heady nostalgia with some modern performance mixed in. A reader giveaway, raffle, or auction, with proceeds going to a good cause (perhaps something to benefit a kids cycling club or organization?) might be an alternative option... it gets the bike into the hands of someone who followed the bike’s journey to its current state and won’t treat it like some regular secondhand bike, and maybe gets some money to a good cause that helps the next generation of hardcore cycling fanatics.

onterribleftw (Jan 25, 2021 at 4:41)
@brianpark: Shitbike chronicles in Bike Mag was on of the single best article series I ever read. Minnar flipped it into a pond after a WC!

misterha (Jan 21, 2021 at 14:39)
I am disappointed to see no picture of @jamessmurthwaite vintage MBS Razor Mountainboard

SimbaandHiggins (Jan 21, 2021 at 16:41)
@mikelevy We need a road trip film down memory lane! You and Wanye driving back down to your old stomping grounds and ride some of that old stuff! How good would that be?! I could easily watch an hour of that on YT!
@brianpark you need to make it happen!

Stick fat Mike!! Don’t let anyone make you send it like a ‘real man’

seb-stott Plus (Feb 2, 2021 at 1:38)
To be fair, i used to go arse over head on that bike roughly every thirty seconds so I maintain that longer and slacker is better.

bananowy (Jan 22, 2021 at 1:24)
@megaold: I think he had a Santa among others. In some of those old, original PB vids pretty much everyone and their dog was either on a Bullit or a Stinky haha.

These guys are top notch, also when it comes to repairs - not payed for this recommendation btw. :-)

mikelevy Mod Plus (Jan 22, 2021 at 17:28)
@tipsword: I just don't understand those things and don't think I ever will. Seeing photos of them on fire all the time doesn't help, either.

tipsword (Jan 25, 2021 at 13:56)
@mikelevy: So, that fire thing is all about people not doing their regular maintenance. Fuel lines are super easy to do and there are full kits to deal with this that have the proper clamps (not autozone specials) & if you take care of those per schedule you'll not have a very expensive rolling torch

OR... do like I did and pitch the damn wasserleaker and put a proper motor in (Subie or VW1.8T / TDI)

tipsword (Jan 25, 2021 at 17:01)
@emptybe-er: Yes, it's an interesting thing. I've been very involved with the VW type 2 and type 3 for about 25 yrs now. The "ideal" is an 87' through 91" three knob syncro westy or weekender with an EJ25 subie swap. The emerging upgrade is transplanting the subaru 5MT / 6MT gearboxes to complete the full subaru drivetrain

For what they cost in the US I'd skip a van and get a 100 series and kit it out with a nice rooftop tent etc.

bananowy (Jan 22, 2021 at 1:40)
@mikelevy rocking quirky setups, flat bars on everything for shits and giggles, wide range cassette on a 224, sending road gaps on a bike that's too light and driving silly cars. So you're saying not much has changed in the last 20 years

g-sewell (Jan 22, 2021 at 5:12)
Nice to see a photo of the chattel road gap, remember the first time I hit it was in a train on my old 6" travel Sp pitch pro. had a loose idea what was coming but didn't quite realise the size of it till I walked back up the trail to have a look at what i had just done.... good memory's of silly things in the alps!

MB3 (Jan 23, 2021 at 16:46)
I would not be against this... if only for the fact that it might help create enough demand for 26 inch tires and wheels so that I can keep restoring older bikes for fun (and with something nicer than crappy cheap commuter and kids gear).

I hate sitting on a ball.

MB3 (Jan 23, 2021 at 16:50)
I really wanted a Klein way back in the days when Tinker Juarez still rode for them. Came across a rear suspension version in the classifieds some time back that really tempted me, but then I remembered that the solid rear triangle suspension they were based around were supposed to be pretty bad... many reviewers used the word, “unsafe” many times to describe them...

MB3 (Jan 23, 2021 at 22:50)
@brianpark: you and me both... what is it with old school Kleins that evoked such universal drool inducing lust? I remember watching episodes of “Seinfeld” and fantasizing about breaking in and stealing the one he had hanging at the back of his apartment.

jackalope (Jan 22, 2021 at 6:05)
@danielsapp I see the flying Frenchmen in that pic! And Devault? Like you I hope Trottier gets back to 2 wheels (sans gas motor). Whenever Canadia opens back up, give Uncle Buchan a shout for a place to crash at Whistler.

emptybe-er (Jan 23, 2021 at 1:42)
Hell yeah, this is rad. Good to see all the old bikes, takes me right back. Almost makes me want to go trail riding with a monster and dbl wides again so I can laugh at how puny I’ve become. Almost.

big-red (Jan 21, 2021 at 13:04)
An Endless hardtail? That takes me back. I rode one for a month to help contribute to a Dropmachine.com review. That thing was a blast to ride in the city.

iamamodel (Jan 21, 2021 at 18:14)
Bloody good spotting there. I bought an orange pair and loved them so much I went back a week later to buy their last pair, not caring they were pink. The shop just game all the spare bearings and pins they got with the rep. Used up now. Still running, but a bit rattly.

brianpark Mod Plus (Jan 21, 2021 at 18:33)
Yep nailed it. I loved those pedals. Also I wish I still had a stash of those Animal Edwin grips. Always cut the flanges, and then have them slowly rotate into the shifter.

@iamamodel I had the oranges too! Sadly they were on my old BMX when it was stolen. Had the orange brakes and bar ends to match it.

MB3 (Jan 23, 2021 at 16:52)
Perhaps they were taken with old school digital cameras? I remember my first digital camera had a horrible resolution (just over a single megapixel), used AA batteries to power it, and floppy discs for memory storage.

wade-zimmerman (Jan 21, 2021 at 20:53)
Mike kaz thought you would have pulled the picture of the old transition