Throwback Thursday: Looking Back on Brett Rheeder's 9 Years with Trek 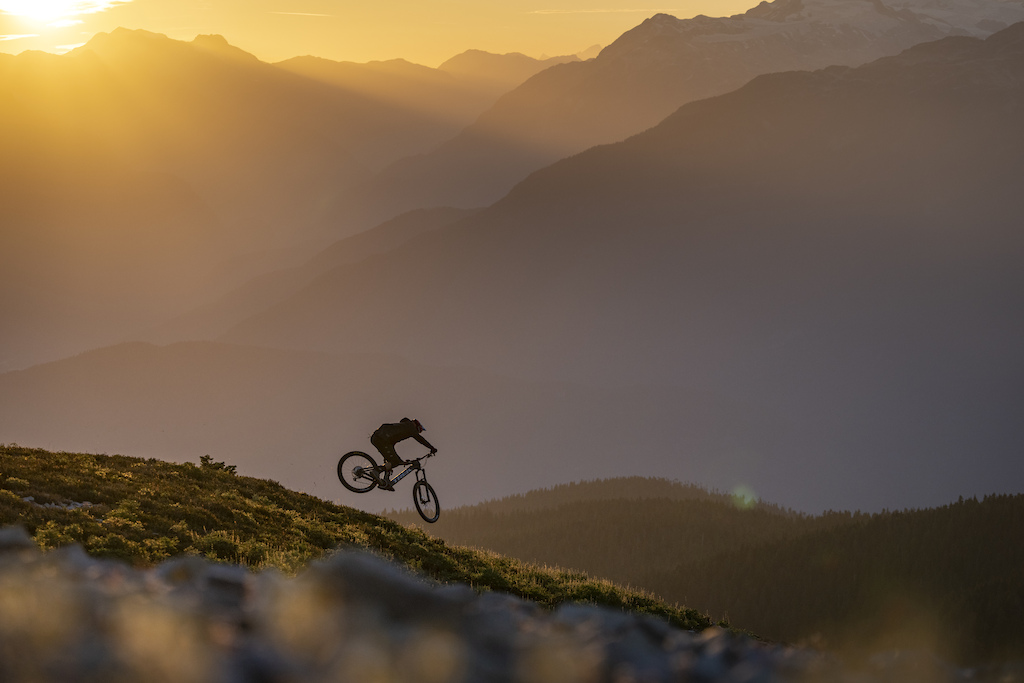 Photo by Mason Mashon
Rheeder's first international slopestyle appearance was at Crankworx Colorado in 2009 and he signed with Trek three years later in 2012, a year that saw him finishing fourth overall in the FMB World Tour rankings as a 19 year old. After a partnership that lasted nine years, Brett Rheeder announced last week that he is parting ways with his long-time sponsor.

In the past decade riding for Trek, Rheeder has had no shortage of success with seven Crankworx titles, an X-Games gold medal and four slopestyle world titles. He also won Red Bull Rampage in 2018, proving that his skills go well beyond the slopestyle course.

With Rheeder no doubt announcing the new brand he'll be riding for shortly, we decided it would be a perfect opportunity to take a walk down memory lane and look back at his career thus far.

In Rheeder's first edit with Trek, Paul and Nic Genovese head to Ontario to check out Rheeder's farm compound, the spot where he honed his slopestyle skills along with Joyride 150 Indoor Bike Park. Rheeder started competing in slopestyle events internationally in 2009 at Crankworx Colorado, but this is the edit that put him on the map, back when he had a grassroots Norco deal through the bike shop he worked with.

Harrison Mandel and Rupert Walker worked on this film with Rheeder in British Columbia's interior. Read the article here


Brett drove from Ontario to British Columbia, a drive that reportedly took 47 hours and 41 minutes, to film this with Harrison Mendel and Rupert Walker. Read the article here

X-Games Behind the Scenes with Brett Rheeder

Brett Rheeder overcame the tough conditions to take the gold medal at the first (and only) slopestyle appearance at the X-Games, putting down an impressive run to beat Brandon Semenuk and Andreu Lacondeguy for the top spot. Read the article here.

After his X-Games win, Rheeder broke his back at Crankworx Les Deux Alpes, compressing four vertabrae. He was off bike for three months before making his comeback. Horsepower by Mind Spark Cinema was a contender for video of the year in 2014. In it, Rheeder builds a unique slopestyle course out of hay bales in Horsepower. It features Brett's signature, super-clean style, a wild open loop section and plenty of golden hour slow mo. Read the article here.

Brett Rheeder - This is Home

Rheeder took the Red Bull Joyride win for the first time. And also make this handy guide to circumnavigate the earth in just 10 days, performing mini-flips in front of some of the world's most famous landmarks! Read the article here.

Brett Rheeder had moved to the Okanagan region in western British Columbia by 2017 and laid down this dusty video in between slopestyle competitions. Read the article here.

Shadow of the Sun

Brett Rheeder catches the last moments of sunlight for his 2017 edit 'Shadow of the Sun'.

This was Rheeder's sixth Red Bull Rampage, his top result was 5th before 2018.


This three-part series from Crankworx and Telus tells Brett Rheeder's story and working towards the Triple Crown.


Brett Rheeder returns to Utah for a mind-blowing segment. Read the article here.


In June of 2020, Rheeder founded his own components company, Title MTB. Later that year, in collaboration with SilverStar Bike Park, Rheeder announced the unveiling of his brand's new signature trail, the Title Line. The trail was designed and built by Rheeder and his team of Title riders. Brett wanted to use the resources available to him and Title to do something more hands on to give back to the local riding community in the Okanagan, and the result is the Title Line. This trail is the culmination of many months of work by Brett and the Title crew. Read the article here.


2021: Brett Rheeder Goes Off the Grid on the New Trek Rail + Creates Endless Flow in 'Continuum'


Brett Rheeder heads out to some remote locations in northern British Columbia on Trek's new eMTB. Read the article here.

Brett Rheeder and Harrison Mendel create a series of lines that are all linked together, and it's stunning. Read the article here.


In this podcast, Rheeder shares his experiences with stress and expectations and how his mindset has evolved over the years because of it. The Bretts talk about Rheeder's new interest into the world of downhill racing and his bike component company, Title.

adrennan (Jan 27, 2022 at 6:34)
Regardless of your feelings for Red Bull as a product, there is no denying what they have done for the world of action sports.

plyawn (Jan 27, 2022 at 8:23)
Continuum is one of the best mtn bike video segments I've ever seen, up there with Semenuk's single shot Unreal part, and yet they're almost exact opposites in terms of composition and film-making approach. What they do have in common is an intense focus on the riding with no filler or fluff.

andywitt (Jan 27, 2022 at 2:04)
Just throw him inton the DH-Worldcup team put togehther by Pinkbike (which used to be the plan if I remember correctly) and let him do some damage

anchoricex (Jan 28, 2022 at 16:45)
Am i the only one wondering if Bretts doing okay? I think post competition life has been both rewarding for him but also potentially leaving you feel a little lost? Fox parted ways with him, and now Trek (unless the trek part was voluntary which who knows?)

Overall just hope the kids good. His injuries keep hitting him when it matters most and I just hope he's in a good headspace and hope he's living his life in a way that's meaningful to him.

VPS13 (Jan 28, 2022 at 22:46)
Listen to his interview on Tippies podcast, he talks about his component company he is working on and other projects. I'm sure he has something cooking, competition isn't a lifetime thing, I fully understand why guys step back into other projects and such.

robito (Jan 27, 2022 at 5:26)
Did I miss a segment on his backyard trails? I feel like I've been waiting on that for a couple of years. We got a glimpse when he was building his house and then nothing...