Rob Warner's words perfectly foreshadowed the following 4 minutes and 13 seconds as Remi Thirion cranked his way out the Andorran start hut in 2013; "he's a man not many people are talking about...flying under the radar really, no one has tipped him for the top this afternoon but maybe that lack of pressure is going to do him good". That turned out to be exactly the case as Remi crossed the line in the green, deposing Steve Smith from the hot seat much to the delight of the partisan crowd, a French rider on an Andorran bike was as close to a "home" win as it was ever going to get.

Remi is softly-spoken off the bike but a total animal on it. He's always had a prowess for steep, technical tracks and has one of the most creative riding styles on the circuit which proved to be a lethal concoction on that day. He did the damage in the steep chutes on the lower half of the course, holding lines few dared to try or had even spotted for that matter, bursting out of the woods onto the open grass with visually more speed than anyone else before holding it inside on the final turn with a foot off to take 2.273 seconds out of Smith.

His time would hold good despite some of the sports biggest scalps dropping in after him, Gee Atherton and Sam Hill would run him the closest albeit 1.3 and 1.7 seconds back respectively. Remi had sprung somewhat of a surprise on the sport taking the #15 plate to the top step of the podium, his solo World Cup victory to date.

As fate would have it Pinkbike photographer Matt Wragg chose the right race to follow Remi and document his approach to the fateful race. 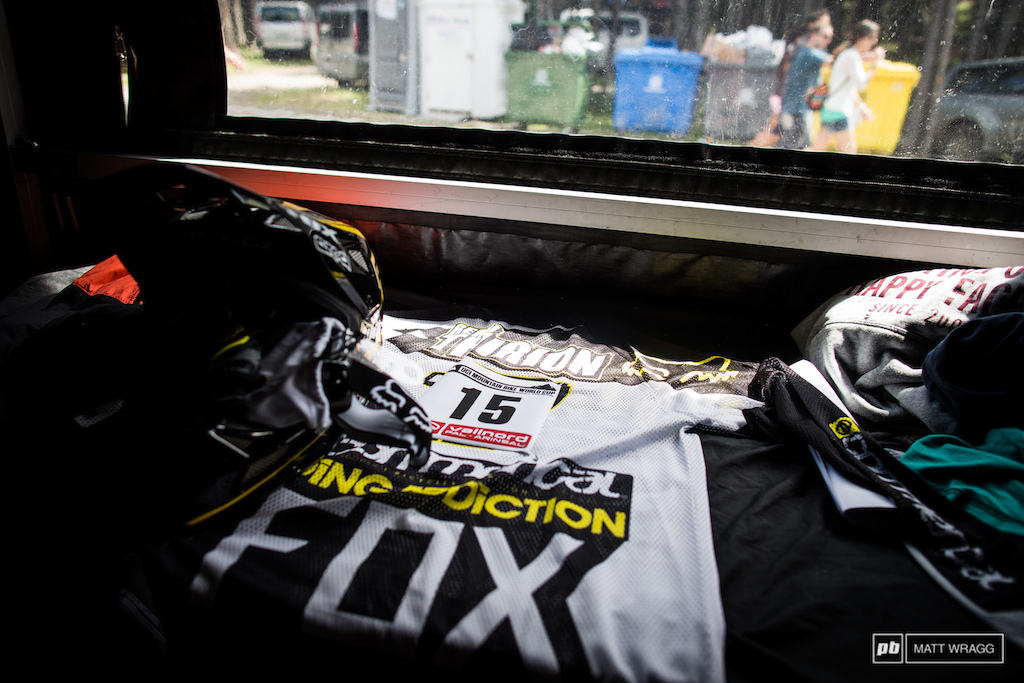 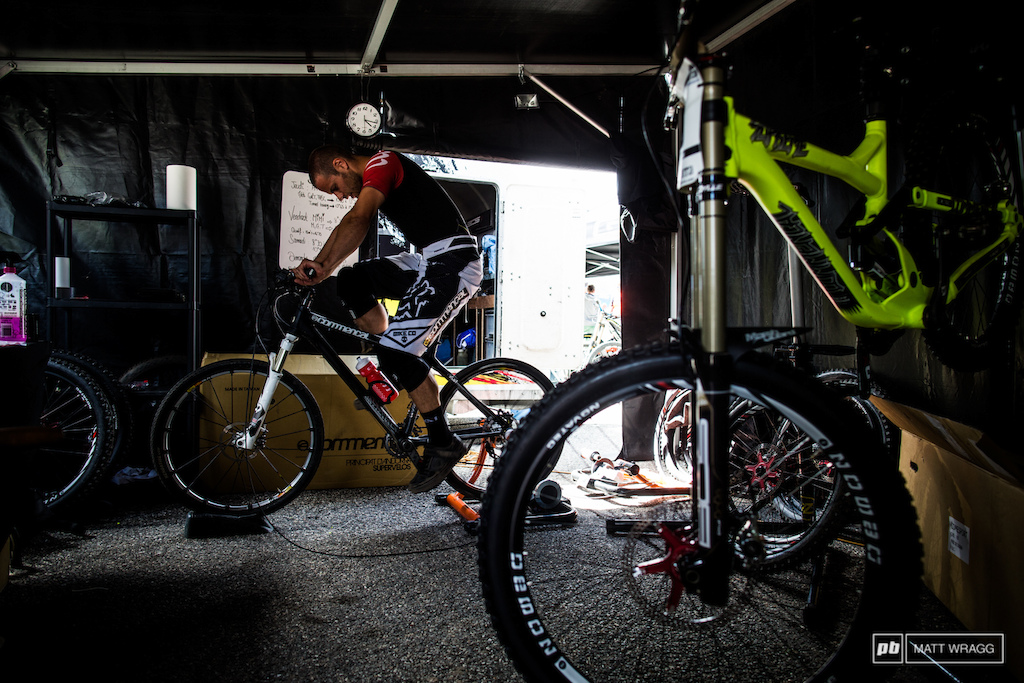 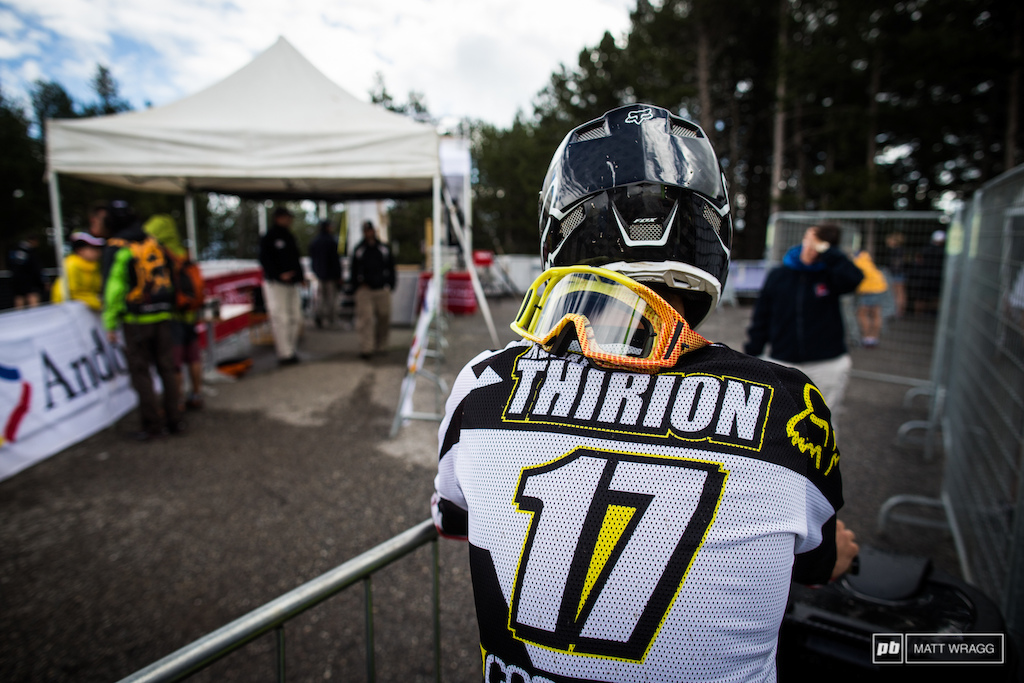 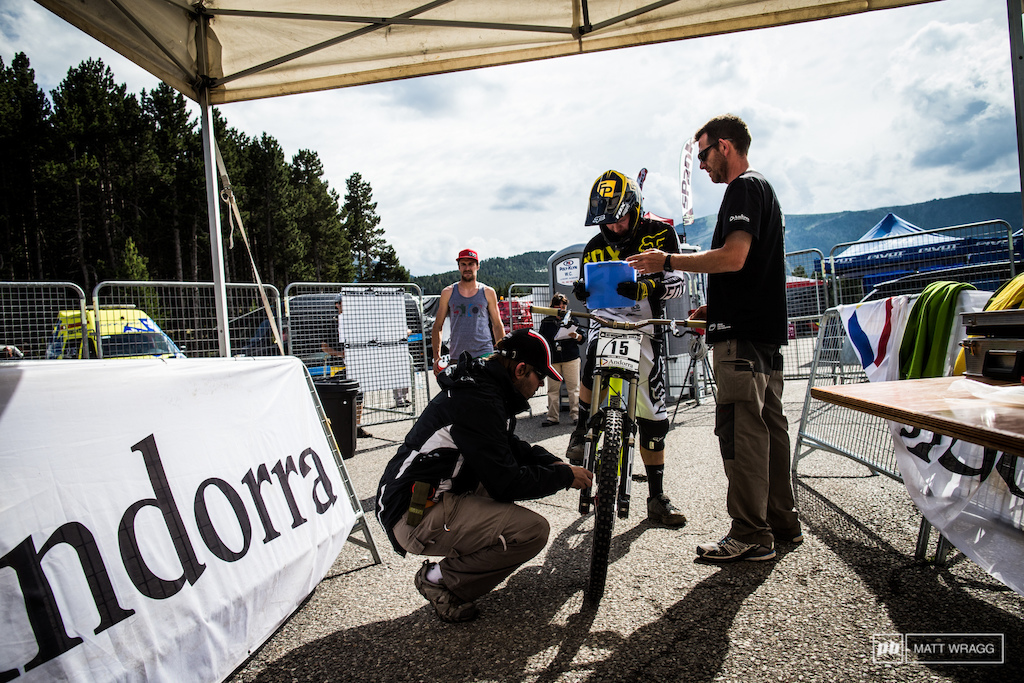 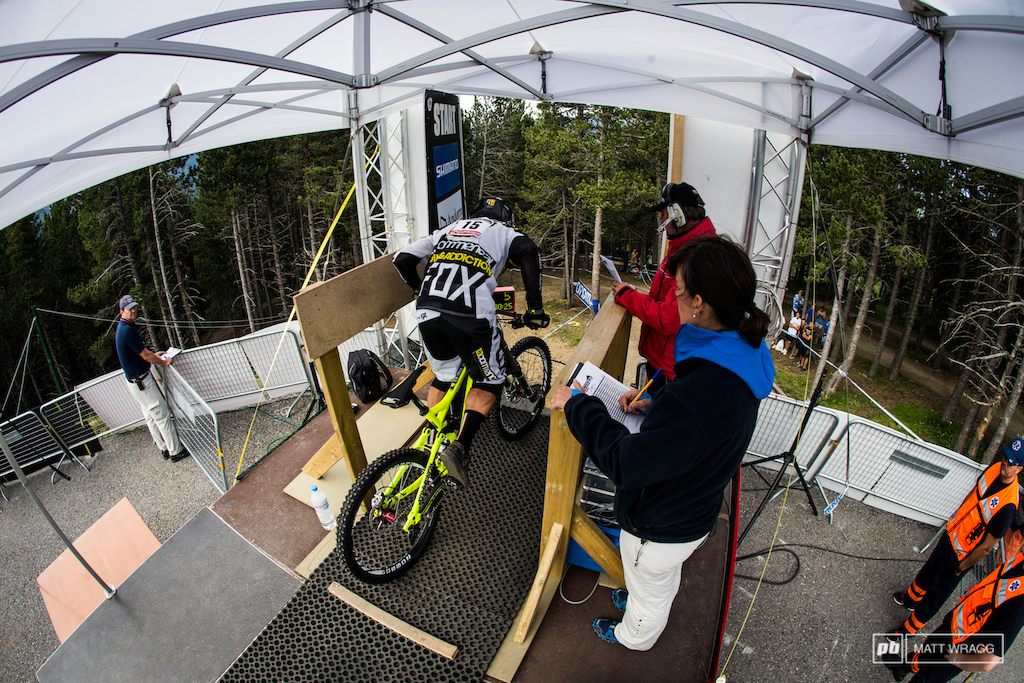 The writing was on the wall in practice as Remi ripped his way down the Andorran steeps. The final moments of that run and his eyes are already on the prize. 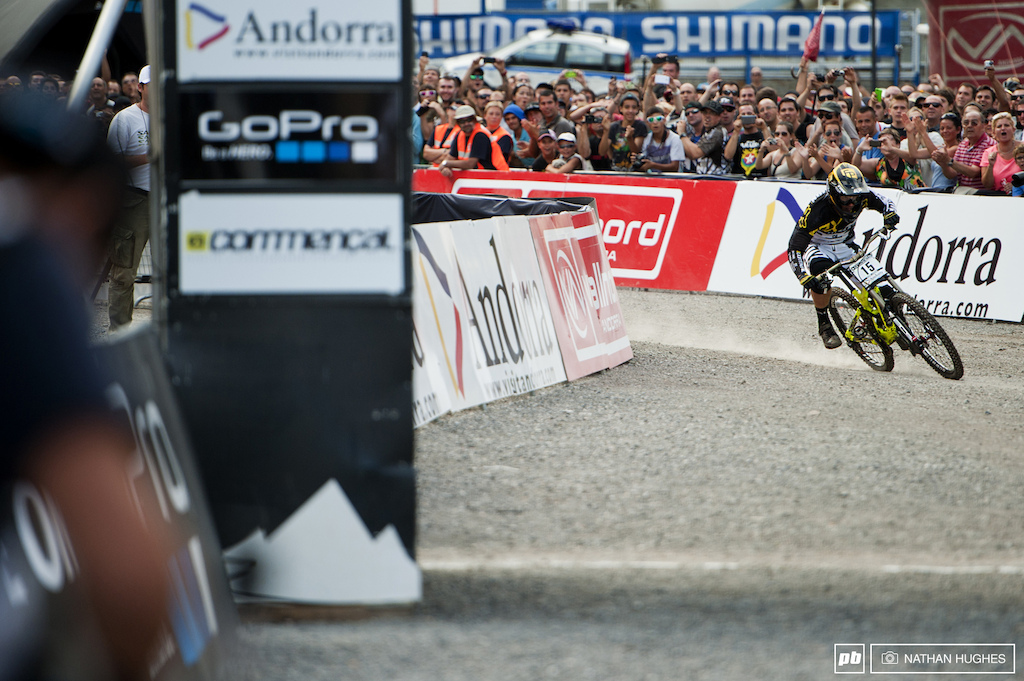 Foot out flat out as he shaved a little distance off the track length by cutting inside on that final corner. 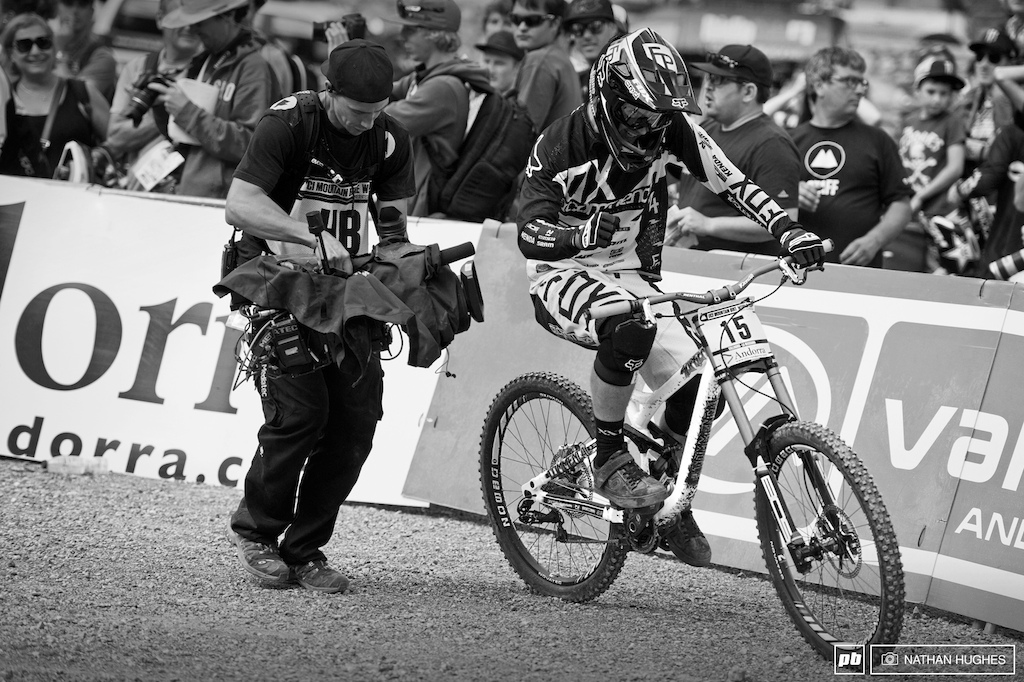 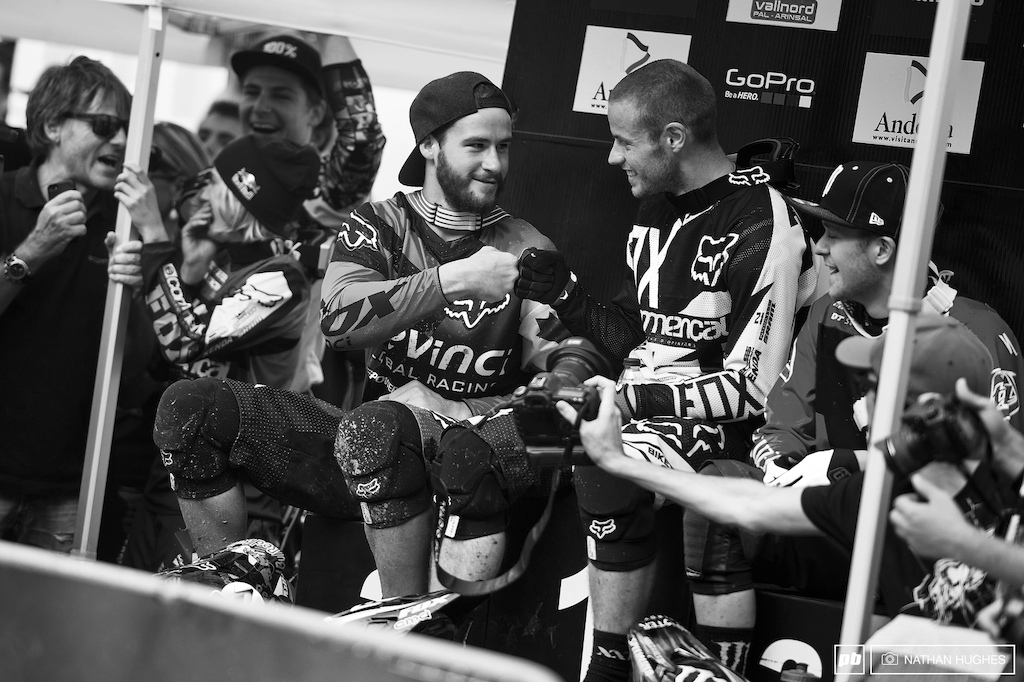 There were still some heavy hitters left at the top of the hill when Remi went into the hot seat but his time proved insurmountable. 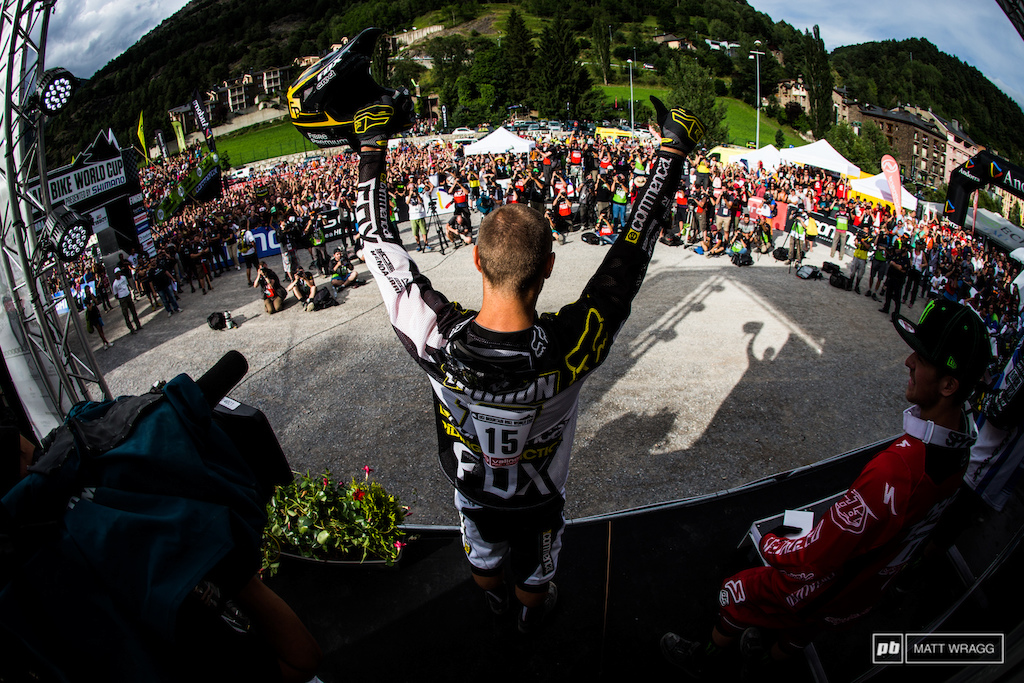 The crowd was delighted by the result, as close to a home victor as it might get in Andorra. 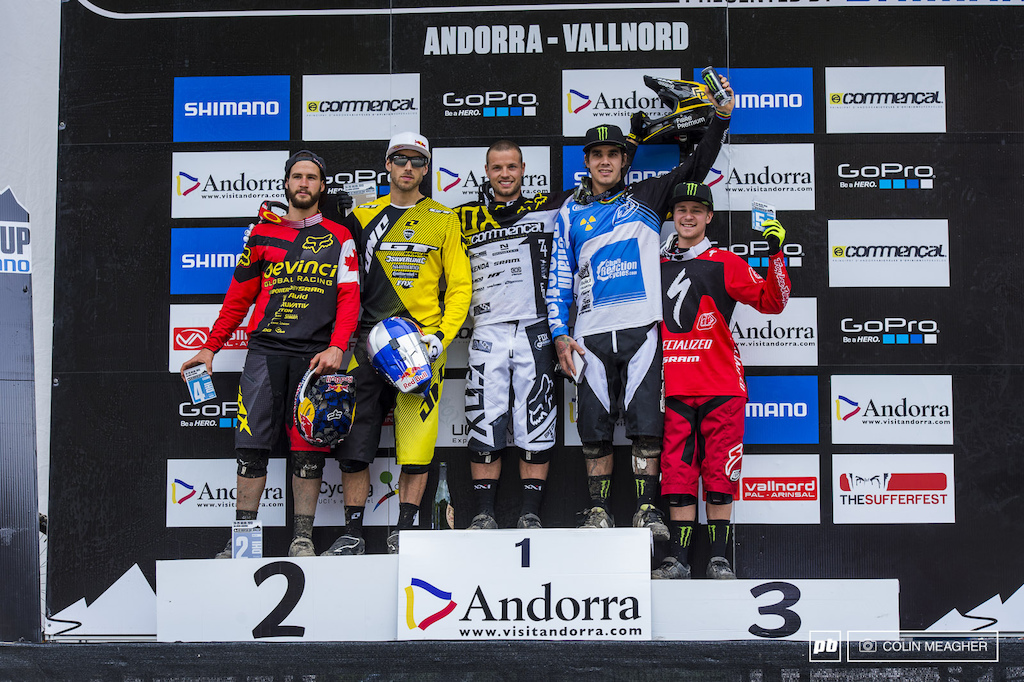 Remi was joined on the box by Gee Atherton, Sam Hill, Steve Smith, and Troy Brosnan. 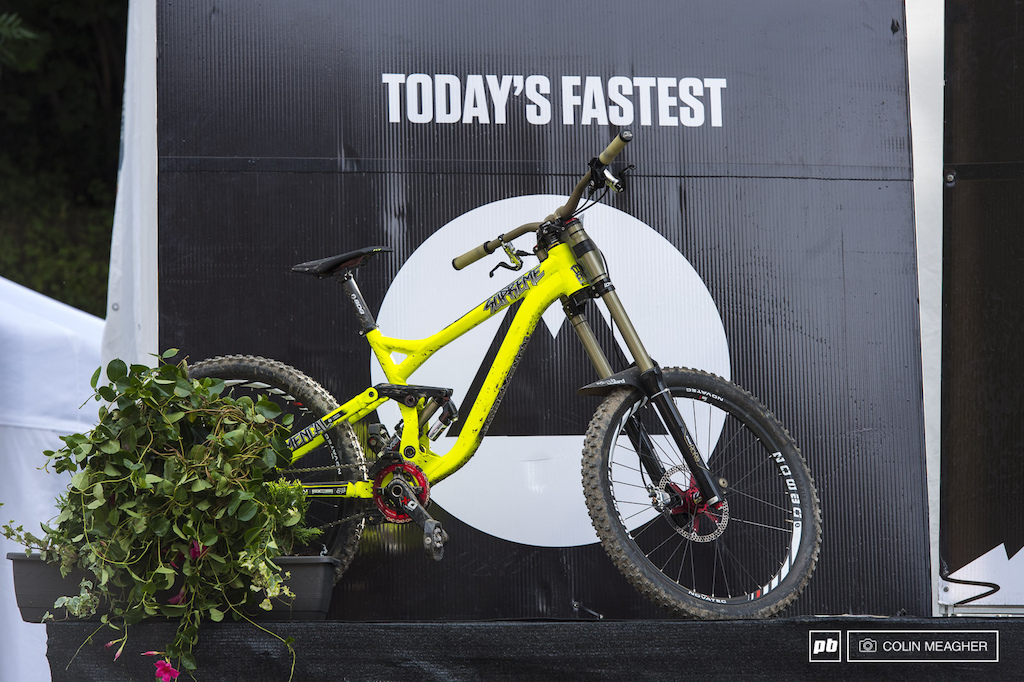 Taking the win onboard a Commencal which was designed a matter of minutes up the road.

Tweet
Must Read This Week
A Complete Timeline of Coronavirus' Effects on Mountain Biking [Update: US Open of MTB Cancelled]
140372 views
Behind the Numbers: 5 Trail Bikes Compared
60246 views
Video: ReTyre is a Modular Tyre That Lets You Zip on the Tread You Need
54620 views
Cannondale and GT to Reject Traditional Mid-Year Model Structure
51301 views
Ridden & Rated: 13 of the Best Dropper Posts
43062 views
Santa Cruz Bicycles Releases Mixed Wheel V10
43046 views
Yeti Cycles Will No Longer Use the Term 'Tribe' in Marketing
42174 views
The Best Tech From EWS Races on the British Isles
40923 views

fielonator (Jun 25, 2020 at 2:17)
The camera angles seem to give a better view from races back then, showing the rider's speed and terrain more realistically. Coverage of the later tracks seems a lot flatter by comparison, even when it's just as steep and even faster. What g'wan Redbull?

mtbmaniatv Plus (Jun 25, 2020 at 4:49)
easier to film flat boring treeless scenery this run gave me goosebumps, cant believe it's been 7yrs

fredhay (Jun 25, 2020 at 9:30)
Nothing to do with past coverage. It's the only track on the circuit that looks really steep on camera. No matter how I try, I can't really have any picture showing how steep a track section really is.

fielonator (Jun 26, 2020 at 5:41)
@fredhay: I checked the Bruni's winning run from last years coverage. Different camera angles, looks a lot flatter, and a lot less exciting to watch in my opinion.

Germanmike (Jun 25, 2020 at 1:18)
I remember that race, had me on the edge of my seat - if I remember correctly there was a part where he kind of wallrode over the mainline avoiding all the holes, what was genius! Couldn´t find it in the video so...

Germanmike (Jun 25, 2020 at 23:37)
@jamessmurthwaite: Yes, that´s it. Thanks! Funny how without the comparision of the other rider´s lines it doesn´t seem so genius any mor...

fjm35 (Jun 25, 2020 at 3:32)
That was a great run! Have been rooting for Remi Thirion since, and hoping for a similarly stellar performance, where everything aligns for him.

Stimpy888 (Jun 25, 2020 at 8:28)
Fantastic run by Remi but sometimes I feel these standout runs could do with some context from other rider's runs on the day to help highlight just how good they were. Danny H's run at Champery is great to watch but is so much better when you see how everyone else tackled it.

hamncheez (Jun 25, 2020 at 8:32)
Fun fact, thats the first WC win on air suspension instead of coils. Also, maybe its just the tune of the BOS suspension, but back in 2013 it looks like everyone was running softer setups than now.

Aksel31 (Jun 25, 2020 at 5:25)
I was there, I always loved Remi personnality and his riding style. Waiting for 4 years for another french win. Damn I had goosebumps.

DoubleCrownAddict (Jun 25, 2020 at 9:43)
Great track, only 1 sharp turn and plenty of steeps. I think he might have been able to win that one even without a chain most of the way.