A dozen years after the last race was held on Golden, British Columbia's Mount 7 Psychosis course, the Canadian province's best gravity mountain bikers are once again racing the mountain's legendary downhill trails this week as a part of the Crankworx Summer Series.

In 2007, the Collective filmed a segment for their third film, 'Seasons' during the race, following the action between Tyler Morland ("the incoming champion"), Sam Hill ("the reigning World Champion"), and Stevie Smith ("the up and comer") on the incredibly steep and loose course. The intro starts by describing the course as "like World Cup race course after World Cup race course with super gnar on top" and saying that the world's fastest riders "talk about going as slow as they possibly can and it's still too fast."

The track drops just under 4,000 vertical feet (1,220 meters) from start to finish and the fastest ever time recorded on it was a 12:35.14 by Chris Kovarik the last year the race was held in 2008. The track starts with the punishingly steep Dead Dog trail from the paraglide launch and includes a hellish climb which Morland said, "feels like you're choking on glass and sand" on. 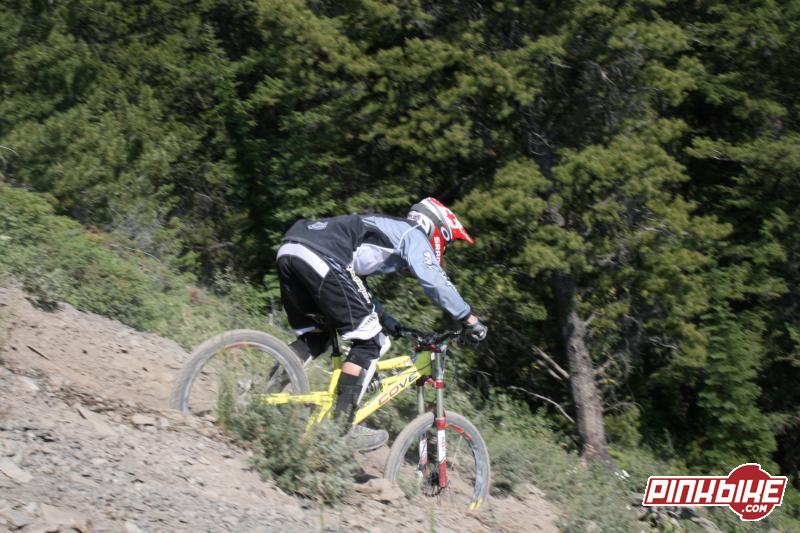 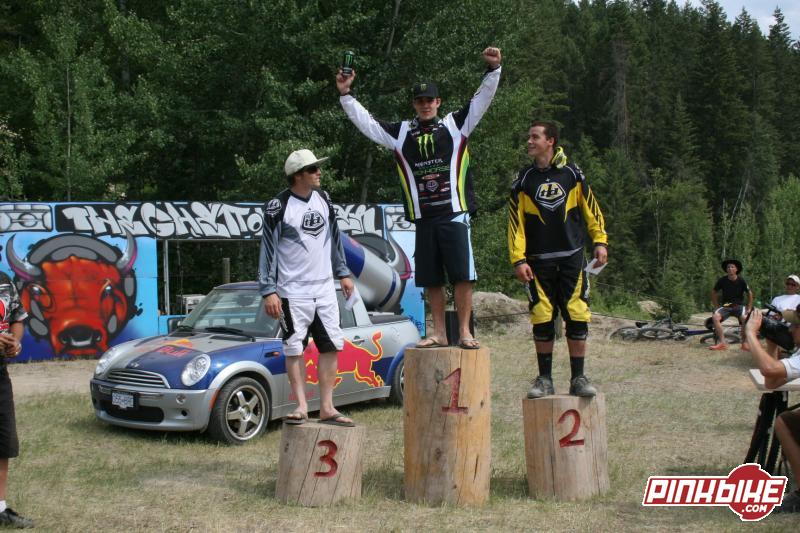 samjobson (Aug 6, 2020 at 2:36)
So many world class bike parks and trails in Canada, and yet still the trail that interests me the most in the whole country is some insane goat track...

mountainyj (Aug 6, 2020 at 8:26)
Wish we could travel right now. I’ve gotten to do one lap on that track, and the nostalgia of riding it felt as good as the actually riding. I feel like anyone who truly appreciates this segment, should find a way to go to Golden and do a Psychosis lap for themselves.

Skerr (Aug 6, 2020 at 11:25)
Good times, the Cove crew looked after Sam that weekend along with Steve, Tyler and Bartowski etc. I couldn't believe that Steve would pedal at the start like mad man possessed. Miss that kid.

sammybikes916 (Aug 6, 2020 at 21:13)
Like for so many others, Seasons had a big influence on me when I first saw it. I had just gotten my hardtail, saw Seasons and said "Yeah....I'm going to do stuff that feels like that." nowhere near as fast or gnarly.....but the sensation was there.

12 years later I still get chills and watery eyes when I watch this.

If the course is the same, will the old course record still stand in a weeks time????

doncouzens (Aug 7, 2020 at 6:15)
Who says 26 in DH bikes are slow! I wish I could ride at half their pace... this sport has become so much more about the flavour of the month tech than good old riding skills! Get out there and ride! Doesn't matter what bike you riding!

knightrousmedia (Aug 6, 2020 at 8:34)
Damn I remember waking into the lbs and my dad bought me this DVD , this film was what inspired me to get into downhill

dangahoesing (Aug 6, 2020 at 22:49)
As someone who is just watching some of these videos for the first time, how the hell did they do this without 29in wheels or at least a Fox 38?

DerWeltmeister (Aug 7, 2020 at 14:58)
Back then the soundtracks were awesome! Also, how interesting would WCs be if riders had to push their bikes at some point during the race - spirit of enduro right there!

TobiasHandcock (Aug 8, 2020 at 21:53)
D2 are the sickest lids and no one can keep their head steady and look ahead on the trail like Stevie Smith.