Throwback Thursday: The Elusive Challenge of the Slopestyle Triple Crown 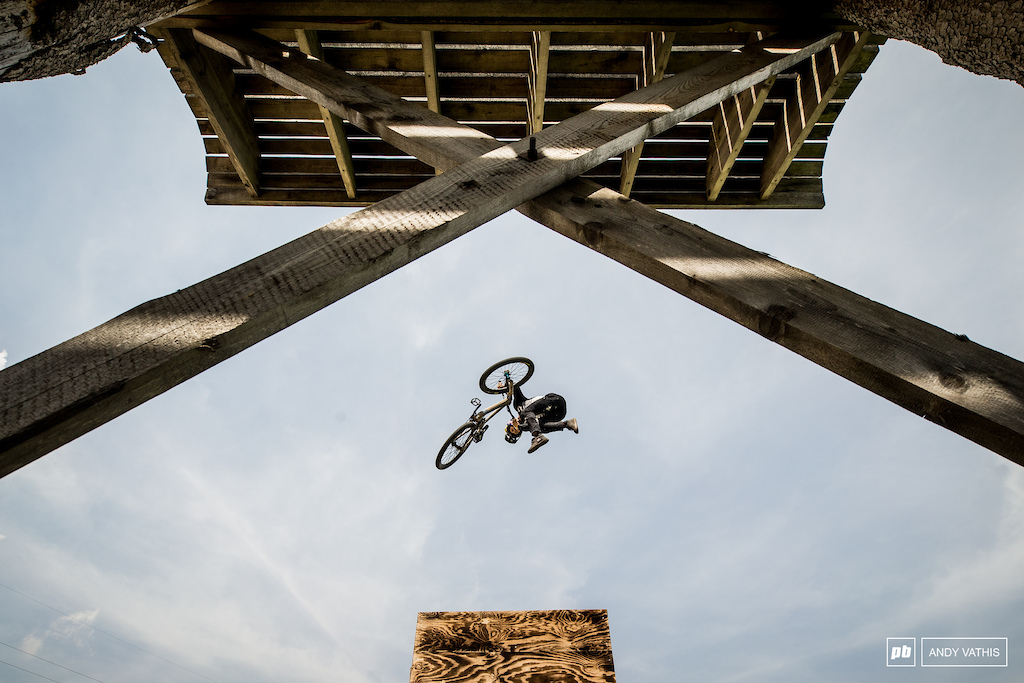 Closing out the week at Crankworx Rotorua was the Slopestyle with a historical performance from Emil Johansson when he became the second rider to achieve the exclusive Triple Crown. The Triple Crown of Slopestyle is an incredibly tough challenge where a rider must win three Crankworx Slopestyle in a single year. First started in 2015, the Triple Crown has been beyond the grasp of most of the World's best. Only two riders hold the title so far. The winner of the coveted title also takes home an additional $25,000 prize.

After Emil's incredible performance, we have taken a look back at the history of the Triple Crown since its introduction in 2015.

Before kicking off the 2015 season, Crankworx introduced the Triple Crown title in Rotorua as the ultimate challenge for Slopestyle riders. Previously Brandon Semenuk had won Crankworx events at Les 2 Alpes, Colorado and Whistler but never secured three wins in the same year. Amazingly in its first year, Brett Rheeder managed to get himself in the position to take the title after winning in Rotorua and Les 2 Alpes. But it was not to be as he crashed out in finals in Whistler. Brandon Semenuk would be the rider to win in Whistler as he took his fifth Joyride win. 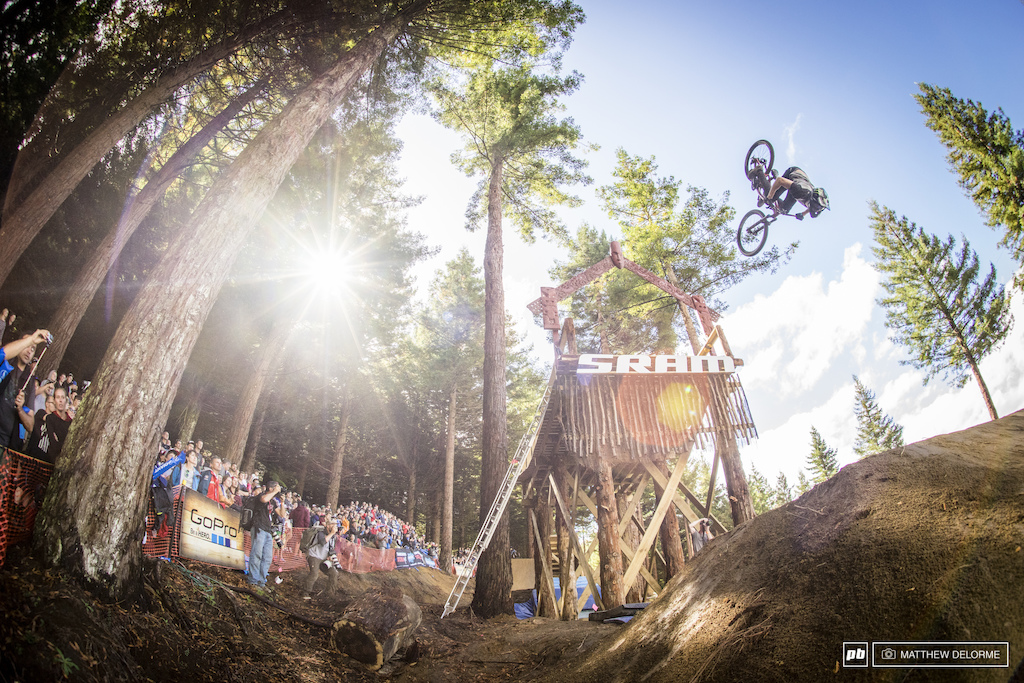 Two years later and Nicholi Rogatkin was chasing the triple crown after winning in Rotorua and Innsbruck. Once again, disaster would strike at the final moment in Whistler. Rogatkin crashed in both of his runs to miss out on the crown, at least for this season. 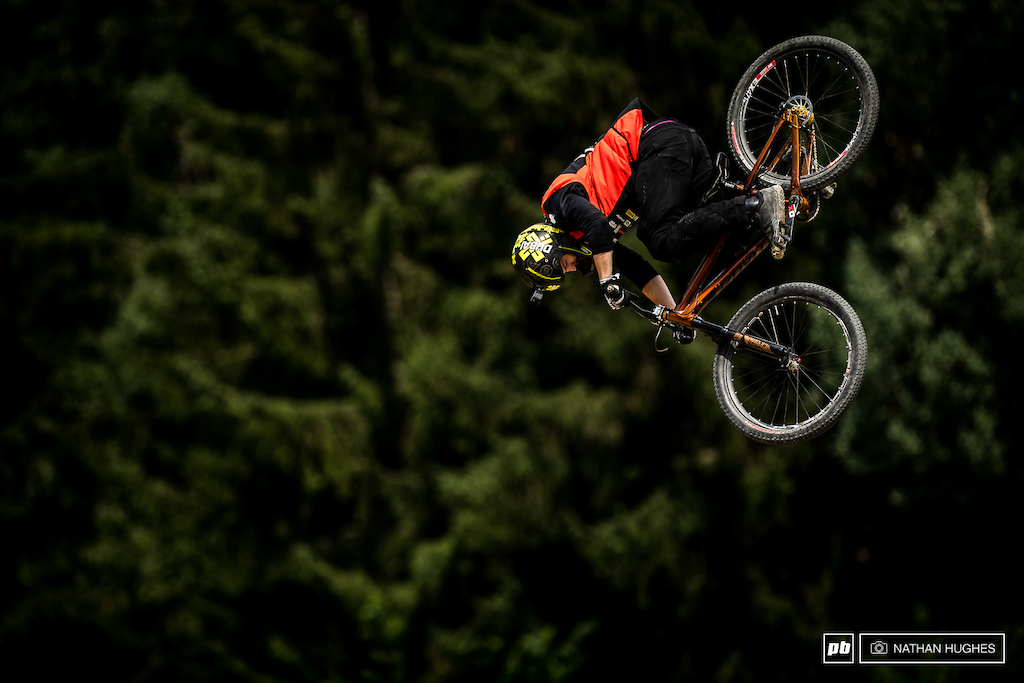 Coming into 2018 with a vengeance, Nicholi Rogatkin was after the title that he had so closely missed out on the year before. The first outing at Rotorua didn't go to plan at Nicholi fell back in fifth place with an 86.75, but he secured the top scores at Innsbruck and Les Gets to [L=]https://www.pinkbike.com/news/quest-for-the-triple-crown-nicholi-rogatkin-interview.htmlhead into Whistler with the title in hand[/L]. Despite the mounting pressure, Nicholi scored a 96.5 to take the first Triple Crown in Slopestyle. 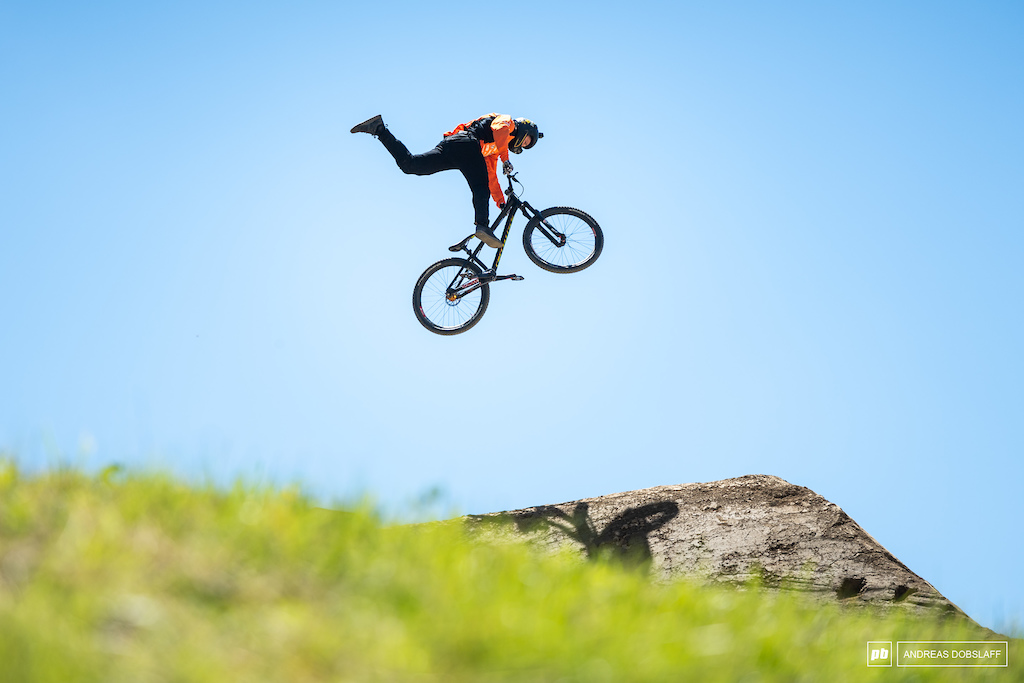 Emil Johansson was coming into 2021 with an incredible three wins in a row, a winning streak started at Crankworx Whistler in 2019. Emil kicked off the season with a win at Innsbruck and followed this up with another dominant performance at Crankworx BC.

All eyes were on Rotorua to see if he could take six wins in a row and secure the Triple Crown. In an incredible first run, Emil scored a 95.75 after laying down tricks including a triple whip, a 360 can to nac nac, and a 360 oppo double whip.

Emil's score held strong as he took the top spot and a victory lap of the Rotorua Slopestyle course before a huge celebration with the other riders as he became the second rider to achieve this lofty challenge. 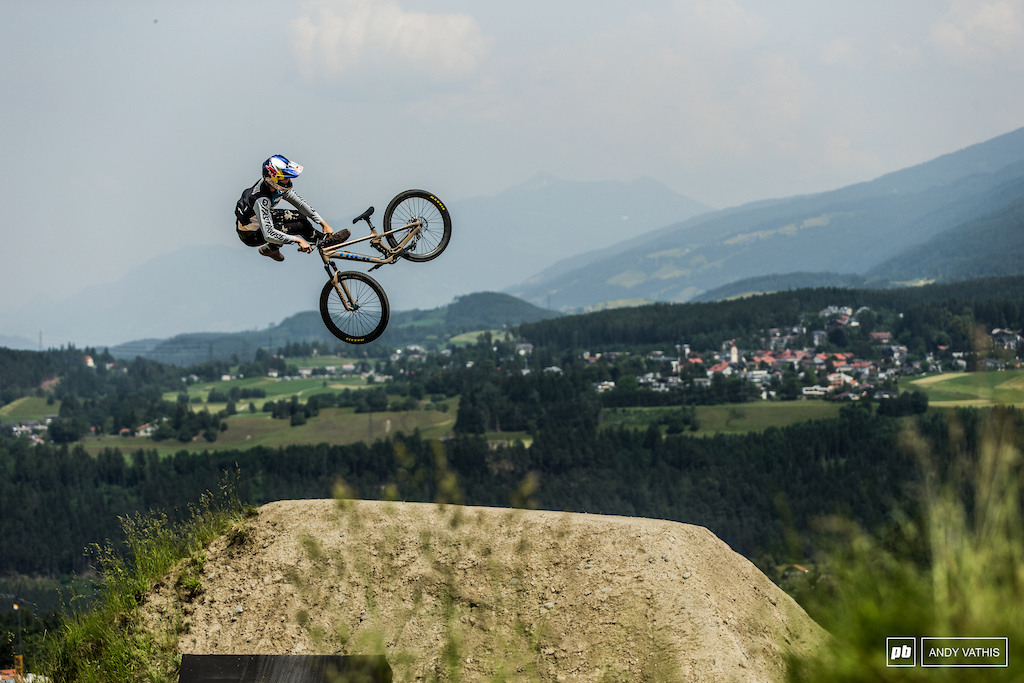 sadfusde (Nov 11, 2021 at 13:16)
The energy on the slopestyle scene is so awesome right now! They're the best of the best, but they got that "riding with your friends" vibe

andyk (Nov 12, 2021 at 13:49)
What these guys do is amazing, but I can't help but think this format is losing steam... The crowds are fickle! YouTube has given us the attention span of a goldfish. Progress is becoming more difficult to measure. It all has a downward pressure on continued popularity.
Below threshold threads are hidden

Give it a rest marketing plebs!

Progression is just a terrible thing for a sport, eh? *sarcasm*

tacolord (Nov 11, 2021 at 12:10) (Below Threshold)
@chickennuggetsaregreat: I know, his nose press 3 was sick too. Its too robotic for my taste now and I find the competition boring. Id rather watch Chris Cordova do a nac over the same jump for 3 hours.

14pslope (Nov 11, 2021 at 23:13)
@chickennuggetsaregreat: that was low key one of the best tricks of the day as well as Rogatkin's one hand superman seat grab was insane

scott-townes (Nov 12, 2021 at 3:19)
@coadymacmillan: Yeah its fun seeing some of the terms people get mixed up. Even in snowboarding and skiing, it would be called a nollie 360. A nose press is what you do while sliding a rail or box.