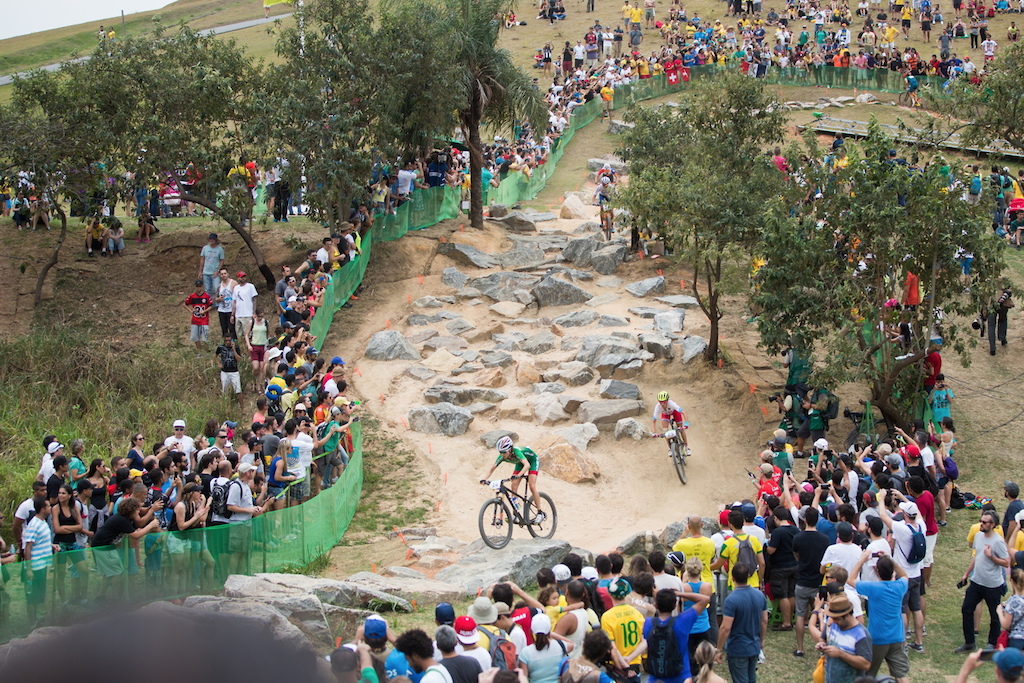 In a phone interview with USA Today, the International Olympic Committee's Dick Pound said that the 2020 Tokyo Olympic Games will not be starting on July 24, 2020. They are going to be postponed, likely to 2021. The IOC says they will be working out the details in the next four weeks and announcing the next steps soon. 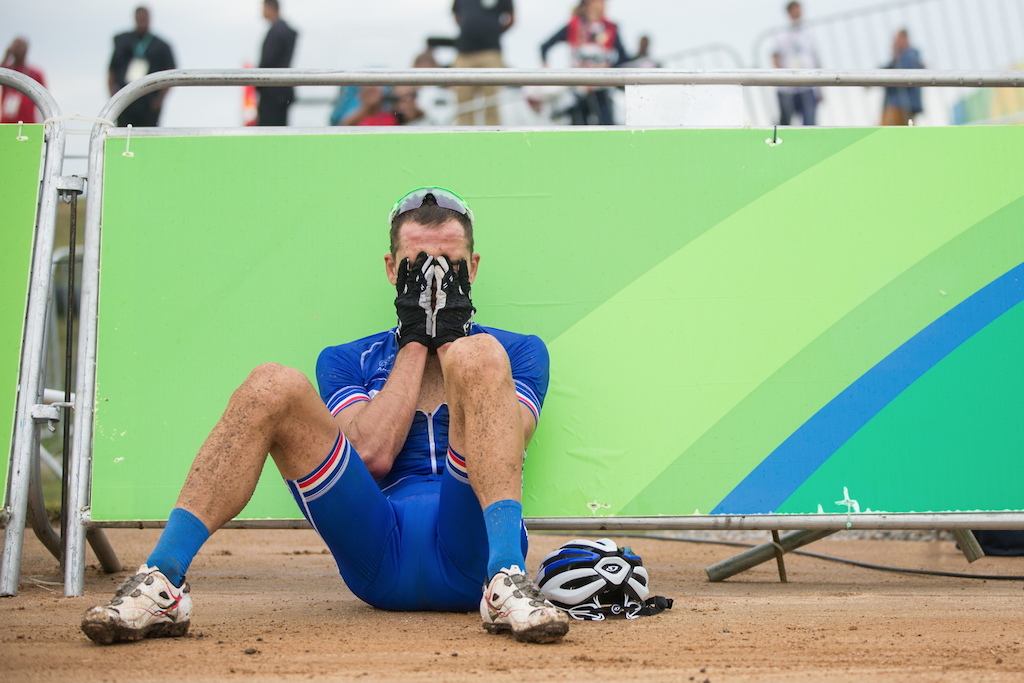 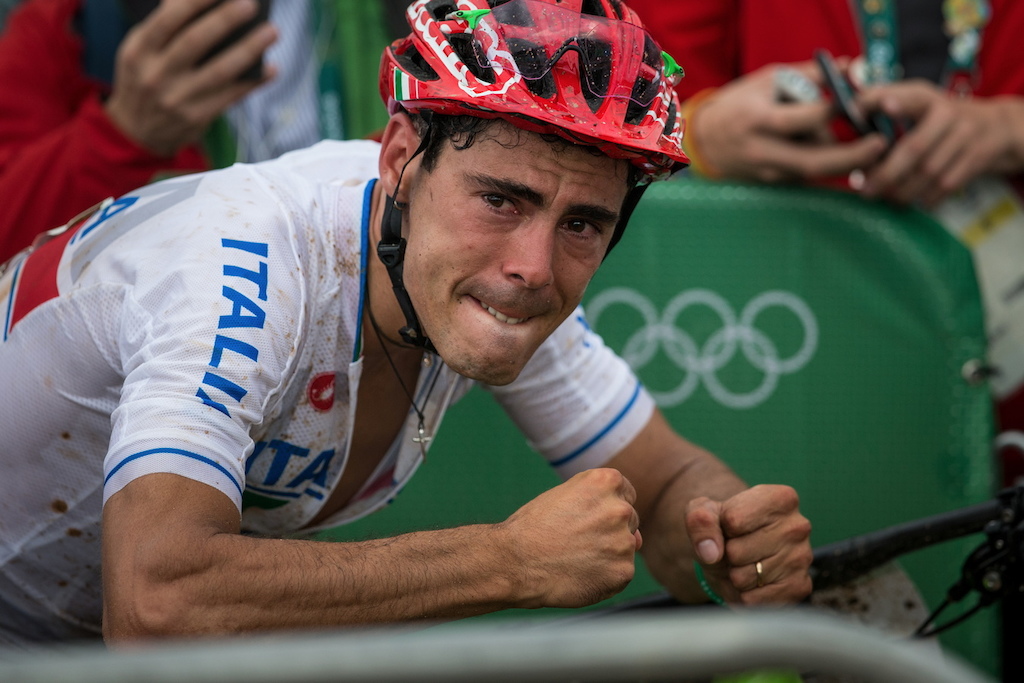 Marco Aurelio Fontana's emotions after he crossed the line in 20th place after a flat tire in Rio in 2016.

Tweet
Must Read This Week
Trek is Being Sued for $5 Million Over Wavecel Safety Claims
76103 views
End of the Year Quiz: How Much Were You Paying Attention in 2020?
73672 views
14 Bikes That Could Be Set for an Update in 2021
69493 views
The SwitchGrade Will Allow Riders to Change Their Saddle Angle on the Fly
52597 views
Pinkbike Poll: Would You Rather Buy a Frame Only or a Complete Bike?
40463 views
[Updated] Remy Morton Injures Both Of His Arms in Crash on Dream Track
39270 views
Video: Pinkbike's Predictions for 2021
37299 views
Check Out: Carbon Tire Levers, Flat Pedal Shoes, New Mini-Tools, & More
37098 views

pinhead907 (Mar 23, 2020 at 12:55)
What that really means is that 2 guys are apparently bots. Who could scroll past that name and the first thing they want to post is about economics or politics?

BudGreen (Mar 23, 2020 at 15:03)
Since there is no real mountain biking in the Olympics, nobody cares that they got canceled.

SnowshoeRider4Life (Mar 24, 2020 at 9:45)
We need to find those 2 people who didn't say dick pound and yeet them into the hidden comments

"deal with all the ramifications of moving this, which are immense"

BudGreen (Mar 23, 2020 at 15:08)
Dick put his thinking cap on and thought long and hard about this decision. It really took balls to cancel the Olympics.

Grealdo (Mar 24, 2020 at 3:36)
@pacificnorthwet: After extensive research *searches on google*, I can confirm that this information is correct xD

Trailsoup (Mar 23, 2020 at 12:05)
Maybe it's just me, but the combination of the name Dick Pound and this image doesn't seem to be entirely coincidental...

WAKIdesigns (Mar 23, 2020 at 14:22) (Below Threshold)
“And a survey published earlier this month shows that Sweden has one of the worst attitudes to immigration in Europe” the moment I read this I know it’s horse shit. Being an immigrant and knowing how easily offended Swedes are at any notion of racism or sexism, I can assure you it is BS. Yes this sort of journalists should lose their jobs. Whole tone points clearly at a dumb snowflake. She may be agitating some students of social sciences in order to generate clicks.

gomeeker (Mar 23, 2020 at 18:57)
Props to Sarah Moore for this little piece. The name, the quote, the photo ... brilliant! With the constant bad news and being stuck at home, I haven't laughed this hard in weeks! Bravo!

Thank you, Pinkbike comments section. I haven’t laughed this hard in I don’t know how long.

DavidGuerra (Mar 23, 2020 at 16:15)
I congratulate the choice of images, but for many athletes this probably means relief. The frustration is for the whole situation, but also not necessarily. Still, nice choice.

jrocksdh (Mar 23, 2020 at 16:55)
.govs should be soley focused on those groups most vulnerable, not shutting down entire economies. Need military style pinpoint strikes, not carpet bombs.

bman33 (Mar 23, 2020 at 12:38) (Below Threshold)
Olympics have been nothing but a money pit and joke for years. Sucks for the legit athletes, but myself and many I know won't really care either way if the Olympics occur at all.

bman33 (Mar 23, 2020 at 13:21) (Below Threshold)
@GZMS: I am not and you know very well I am not...never claimed to be. I will point to my comment a few mm's above your screen depending on which platform you are using: "...Sucks for the legit athletes...". What part of that statement do you not comprehend?

From an organizational perspective as well as local (Olympic sites) it's a corrupt money grab and leaves most local economies in mess with a few exceptions. In addition, so many pros are in the Olympics now is a far cry from what it used to be. Add that to the fact that some countries 'breed' Olympians from early childhood years as if they were in a guarded boot-camp....yes, it's a joke and laughable. I hope that clears it up for you. Will all agree with me? No. However, many do.

smithcreek (Mar 23, 2020 at 14:02)
@bman33: I'm sorry, but you did notice the International Olympic Committee members name, didn't you? And you were still able to make a serious post?

and to @smithcreek, I did notice Dick, but there were already 150 snarks and laughs on it so I figured I would let that one rest...

gotohe11carolina (Mar 23, 2020 at 17:05)
@bman33: It was quite unclear, as your statement about athletes was a dangling modifier. Snicker snicker... English major joke.

shwinn8 (Mar 23, 2020 at 16:43)
good. the safety of athletes and spectators are more important than their bank account

SintraFreeride (Mar 24, 2020 at 3:30)
This isn't a surprise it was only a matter of time before they took these measures!

robito (Mar 23, 2020 at 12:15)
About time. What were they waiting on? Hoping they could still justify the billions they invested getting ready?

bulletbassman (Mar 23, 2020 at 12:44)
The primary reason is it’s going to take at least another year to engineer a proper recyclable bed

Timo82 (Mar 23, 2020 at 15:22)
@C0yotekid: In Quebec we are in quarantine right now! The other provinces tend to follow what we do...pretty sure british columbia will follow soon as they have a lot of infected people! Don't wait for Justin to make some rules, he's too afraid! We (city of Montreal) needed to send police officers at the airport to help because Justin (federal gvt) wasn't doing anything!! lol

swenzowski (Mar 24, 2020 at 4:35)
@typx: Not to sound like a dick, but as someone from Ontario, I read about arrogant Quebec'ers on the news all the time. I think some are still upset that they took a pounding when the British came.

Timo82 (Mar 24, 2020 at 13:22)
@C0yotekid: Not pointless! Not perfect but it will help a lot! People won't do a lot of travelling these days so even if 10 people from Ontario come here, it is not thousands, big big difference. If I remember, only canadians can come back here now so yeah, airports pretty much shut down.

People are weird on pinkbike... :S