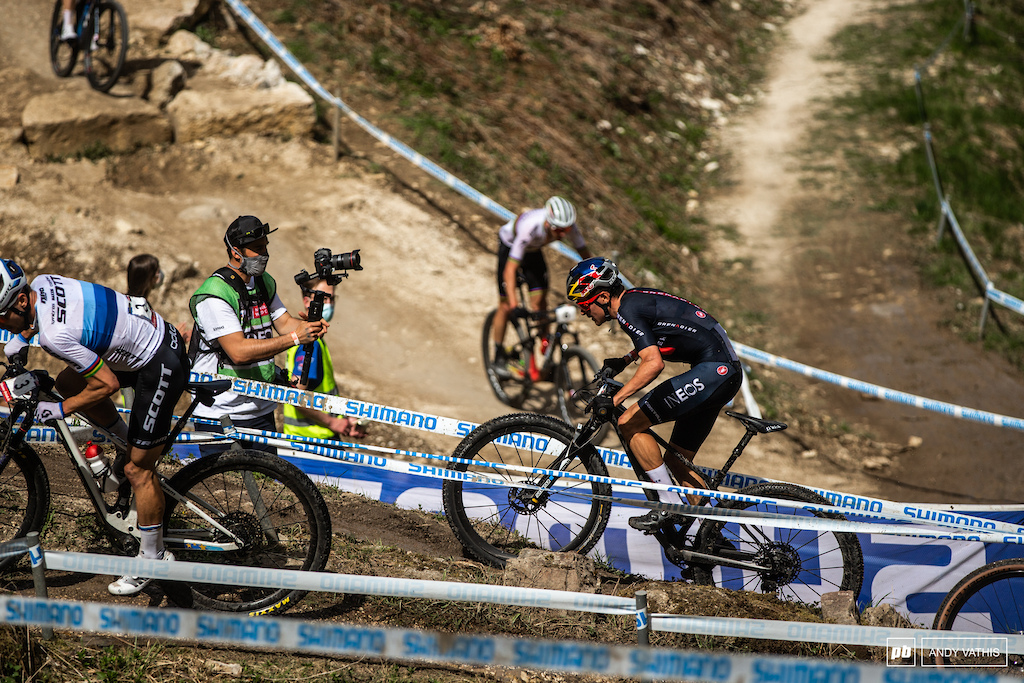 Tom Pidcock has announced on social media that he was riding with a knee injury throughout the 2021 season.

Pidcock burst onto the Elite World Cup scene this year with a win in Nove Mesto before taking the Olympic gold medal in Tokyo. Just prior to the Olympics, Pidcock collided with a car and broke his collar bone but it was thought he was fully fit again for the event itself. However, the British racer has revealed that he had actually been riding with pain since February and has only been able to get it fixed this off season.

Cycling Weekly reports that Pidcock had tendonitis and is now back on his bike at his training base in Andorra, taking on a tough 73k road mountain route on Monday. Pidcock said, "I’m back training and I can finally ride pain free in my knee, first time since February! It’s amazing how much you can appreciate being healthy when you’ve had an injury for so long.” 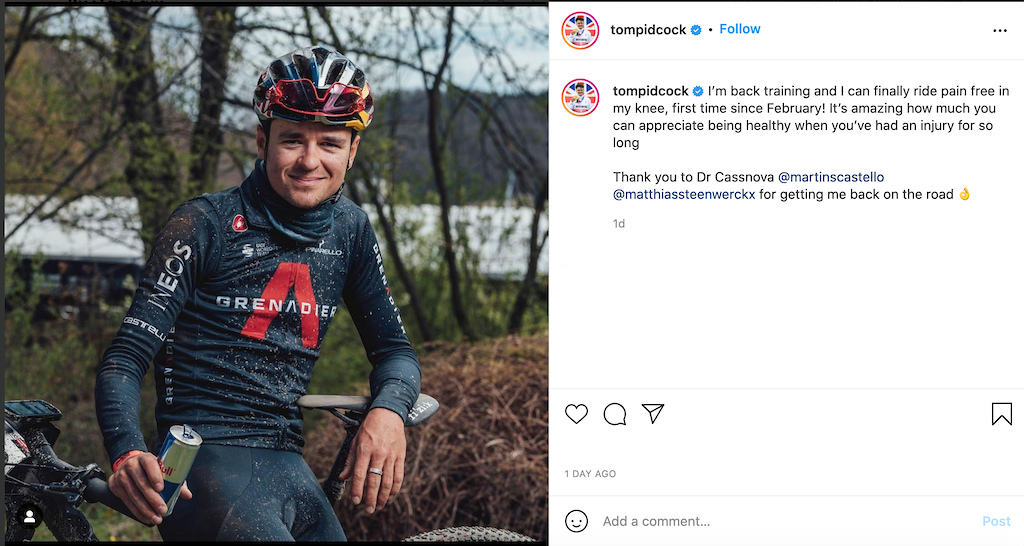 It's seriously impressive that Tom enjoyed a successful season both on and off road in 2021 despite his injury and we can't wait to see how a fully fit Tom races in 2022. We don't know what Tom's plans are for racing mountain bikes next year but he's been practicing at Vallnord bike park recently and even rode with Greg Minnaar earlier in the offseason. Tom is now into his cyclocross season with plans to compete in the World Championships in January before preparing for the road and mtb season in 2022.

Dustfarter (Oct 27, 2021 at 8:31)
This just in. Middle aged dude still finds motivation to ride despite a job, kids, AND knee , back , ankle, shoulder , finger and back injuries.

Mabman (Oct 27, 2021 at 8:53)
While I can appreciate all the Red Bull has done for many athletes and spectators via online content across the sports spectrum do any of them actually drink that piss or just pose with the can?

"I eat pieces of shit like you for breakfast"

..."You eat pieces of shit for breakfast?"

..Fair. (But it was just a line from Happy Gilmore)

warmerdamj (Oct 27, 2021 at 13:12)
Tendonitis is hardly a concerning injury for a professional athlete. Or an amateur athlete either. Who doesn't have Tendonitis!

inside-plus (Oct 27, 2021 at 23:59)
Patella Tendonitis can be a bastard of a time. I can't imagine you've ever competed at a world cup cross-country event let alone done so with you knee cap feeling like its going to tear off and your thigh muscles not firing in the correct pattern.

samdeatley (Oct 27, 2021 at 19:12)
ZOMG! What an earth shattering revelation! Orrrrrr let’s hear more about the women racing with broken bones.

MrNally (Oct 27, 2021 at 8:02)
Many elite endurance athletes battle overuse injuries of some kind on a very regular bases, this is not news, please remove from homepage and fill it under {new owners have me on a strict posting quota}
Post a Comment