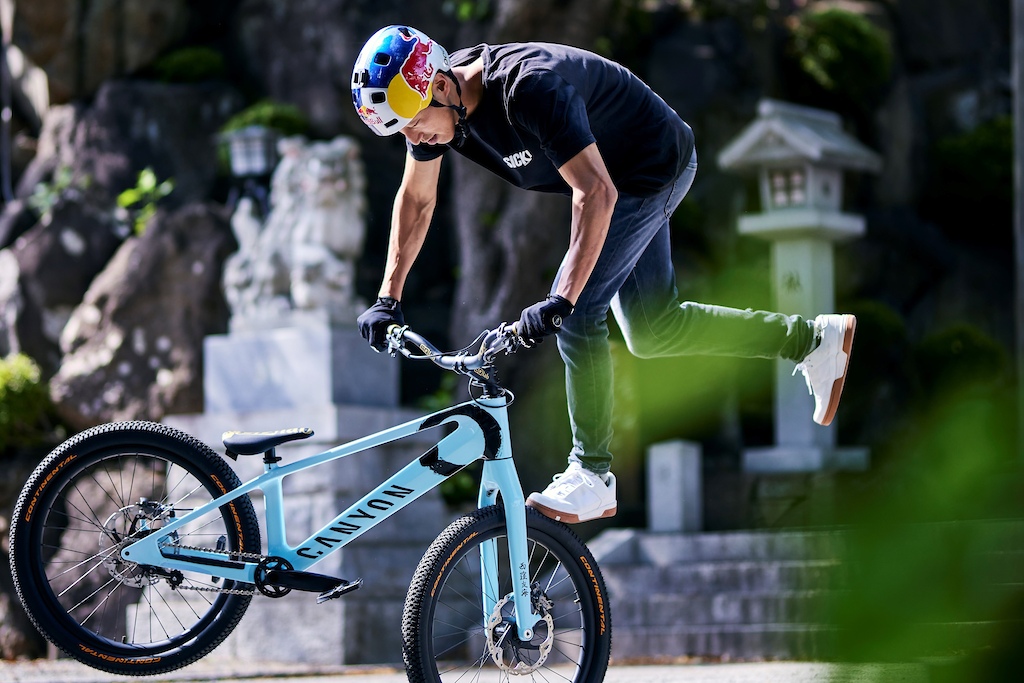 Photos: Naoki Morita
Tomomi Nishikubo has signed with Canyon and will become one of their Cllctv riders.

The Japanese trials rider was previously signed with Kona but has joined his Red Bull and Rasoulution teammate Fabio Wibmer on the German direct sales brand. Tomomi will be riding on a custom version of the prototype carbon trials frame that Wibmer has been busy developing with Canyon, alongside the Spectral, Torque, and Sender platforms. 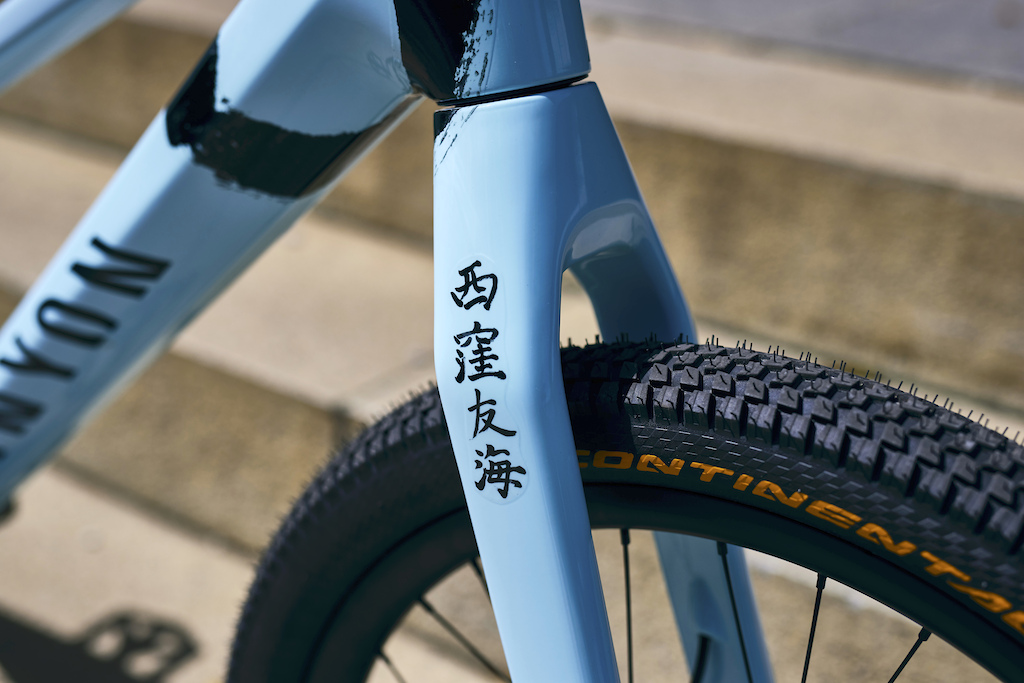 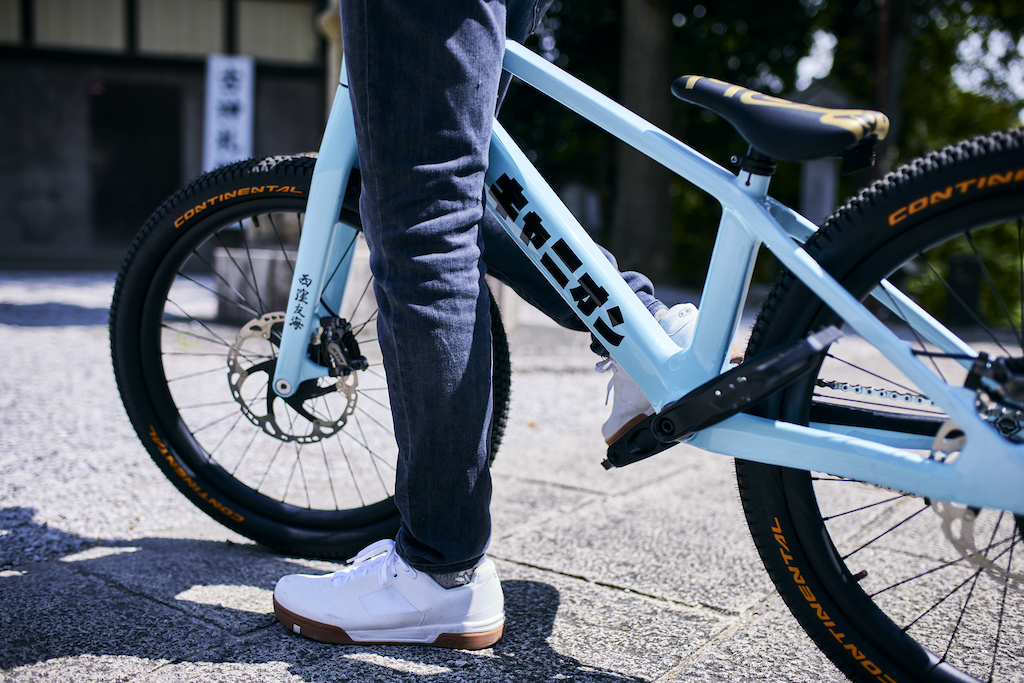 Tomomi apparently already has a number of projects in the works with Canyon to go alongside his previous video work that includes "Chase Her" and "Ride to Survive". Canyon says that Tomomi is also working hard to grow the street trials community in Japan by bringing riders together and inviting new riders to the sport. 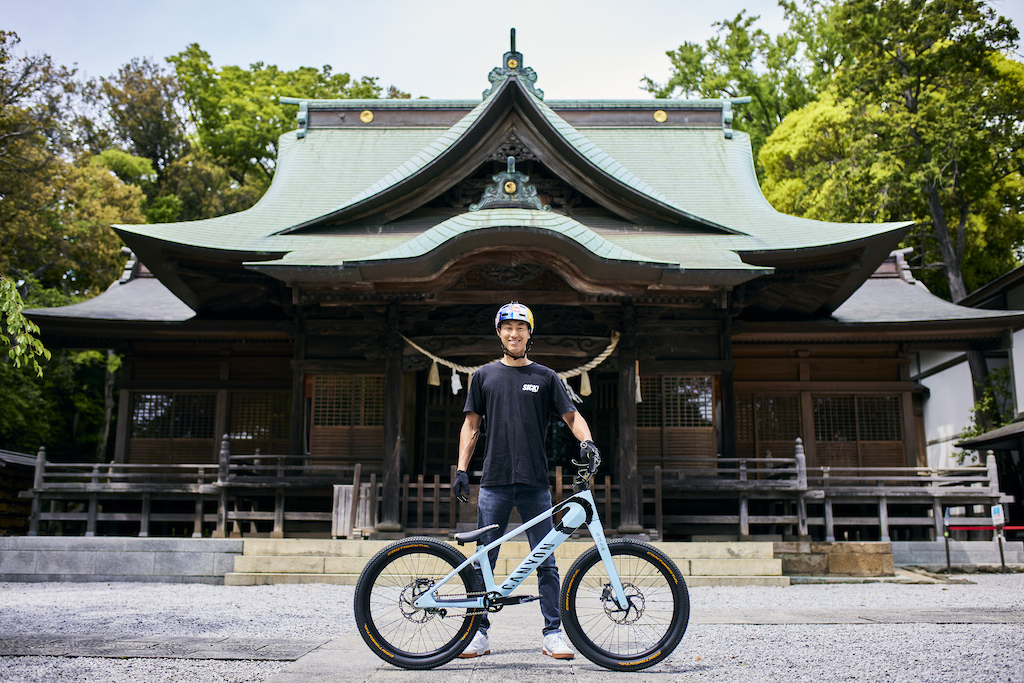 kcy4130 (May 24, 2021 at 4:32)
Good for Tomomi, I'm guessing he'll be paid well. I really enjoy his edits. It does seem odd that when normal bike companies sponsor a trials riders they don't just let them ride an Identiti or similar with some Canyon stickers on it. I guess making a carbon "prototype" lets them get a much larger, more visible Canyon sticker on the oversized downtube.

Jules15 (May 24, 2021 at 10:39)
Yeah when Fabio rode for Specialized he had an Inspired as his trials bike since its a lot of investment and R&D for something that might never get sold

mi-bike (May 24, 2021 at 7:44)
They did not. The writing was on the wall when Tomomi signed a management deal with Rasoulution last year.

Sidenote:
I wish manufacturers would release single color bikes like that. Makes it really easy to make it yours with a simple vinyl design.

jibbandpedal (May 24, 2021 at 9:37)
Good for you Tomomi!! Seriously though, how are Canyon bikes not as expensive as Yetis at this point?