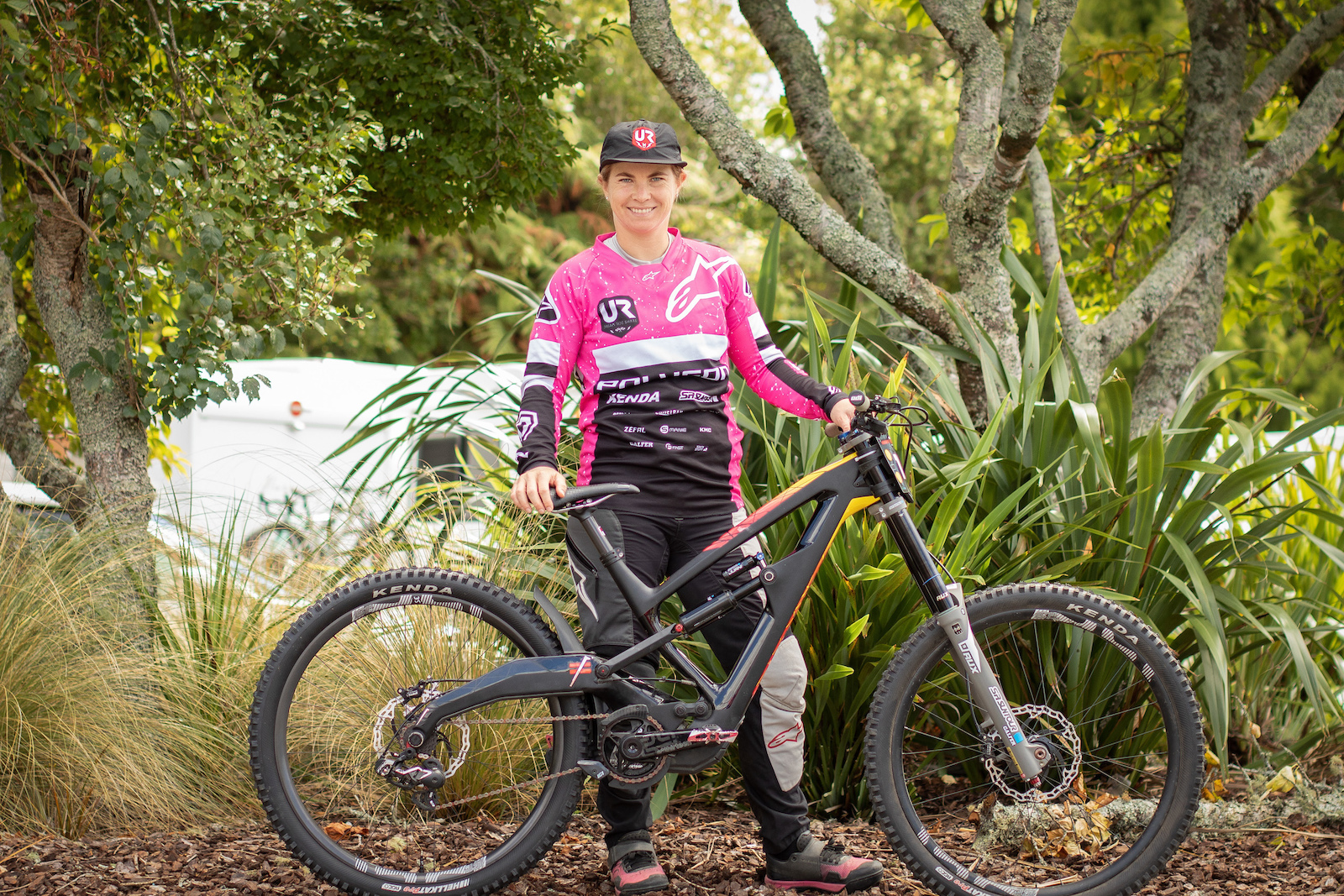 We caught up with the 2019 World DH Champ Tracey Hannah to chat about her new bike set up for 2020 and her thoughts on the upcoming season. Most of the components stay the same for this year but Tracey has moved up to a size large frame and has been hitting the gym ready for 2020. Tracey hasn't raced since the final World Cup last year so Crankworx Rotorua is her chance to get the race rig dialled ready for Lousa. 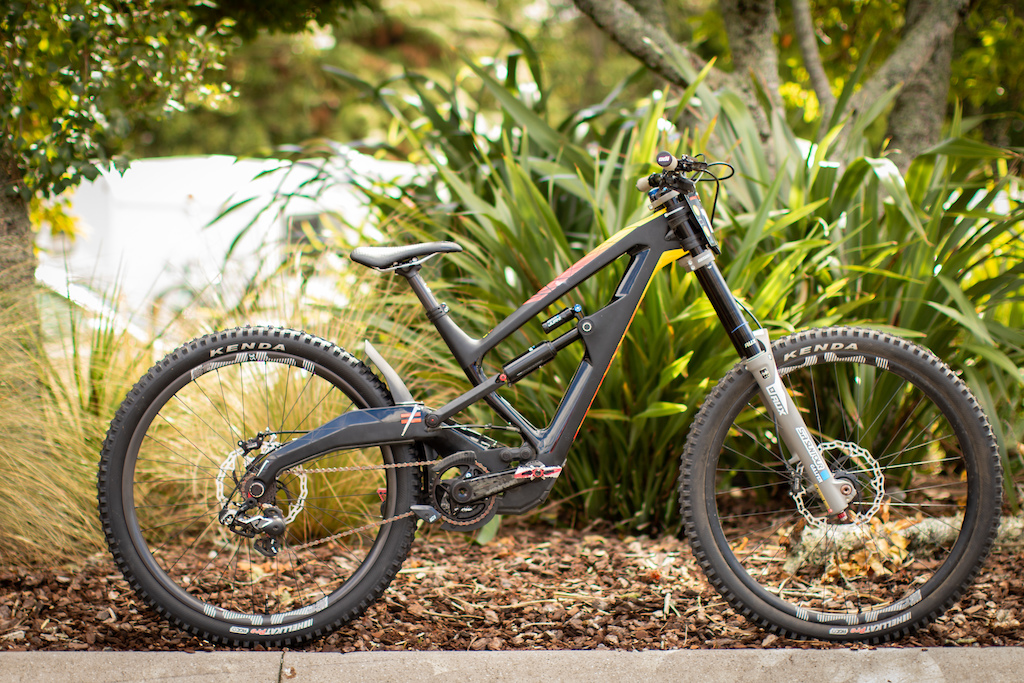 Tracey has switched to a large frame as she has got stronger over off season and benefits from the longer top tube.
Rider Name Tracey Hannah
Age: 31
Hometown: Cairns, Australia
Height: 5'6"
Instagram: @littletrace13 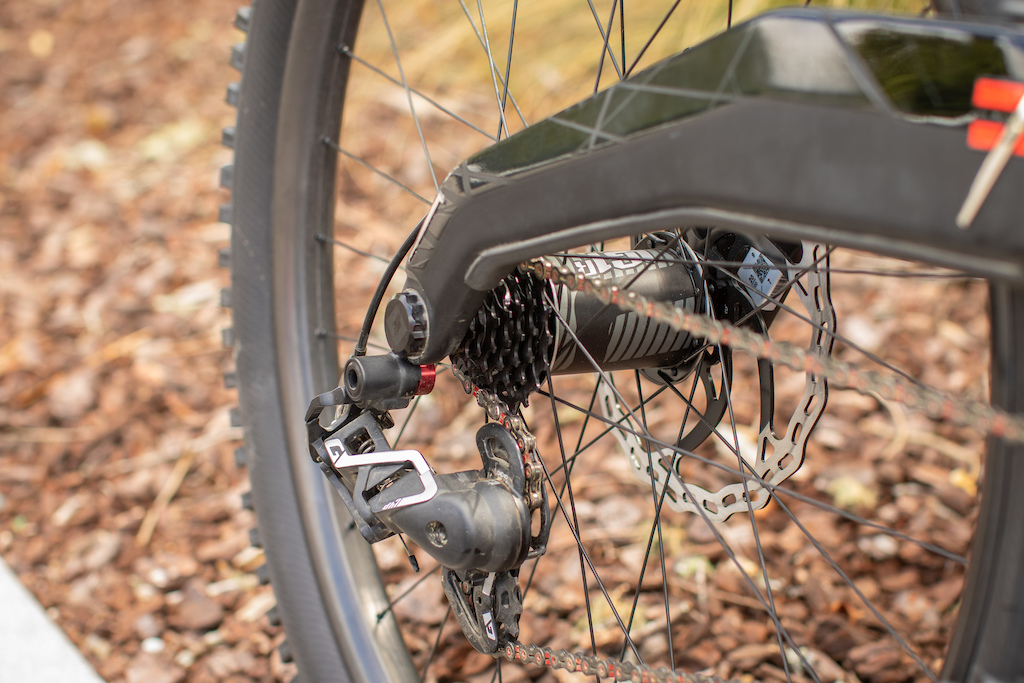 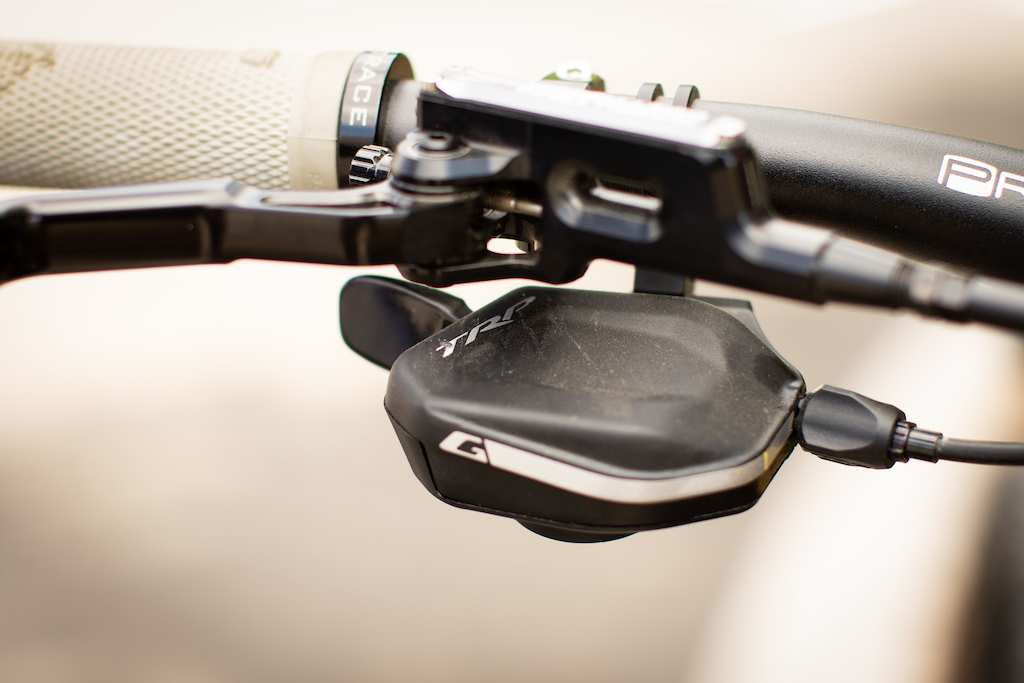 Polygon UR have switched from Box to TRP for their DH drivetrains. 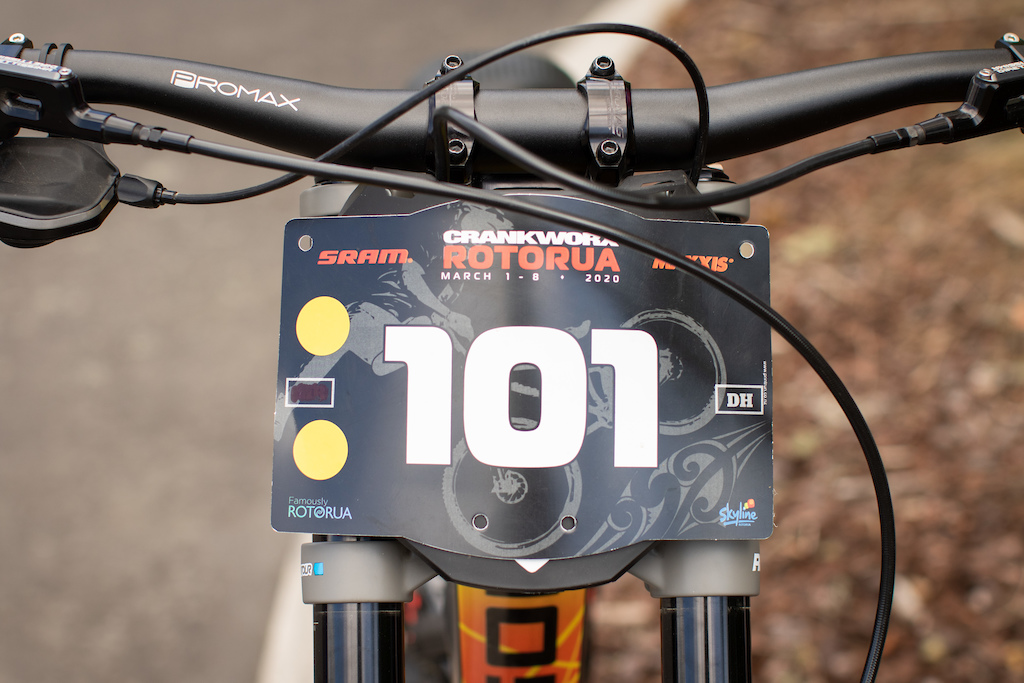 Crankworx Rotorua will be Tracey's first race since the Snowshoe World Cup in 2019. She was the winner here in 2019 and 2017 and was unbeaten at Crankworx downhill races last year so will be favourite to kick off her season with a gold medal. 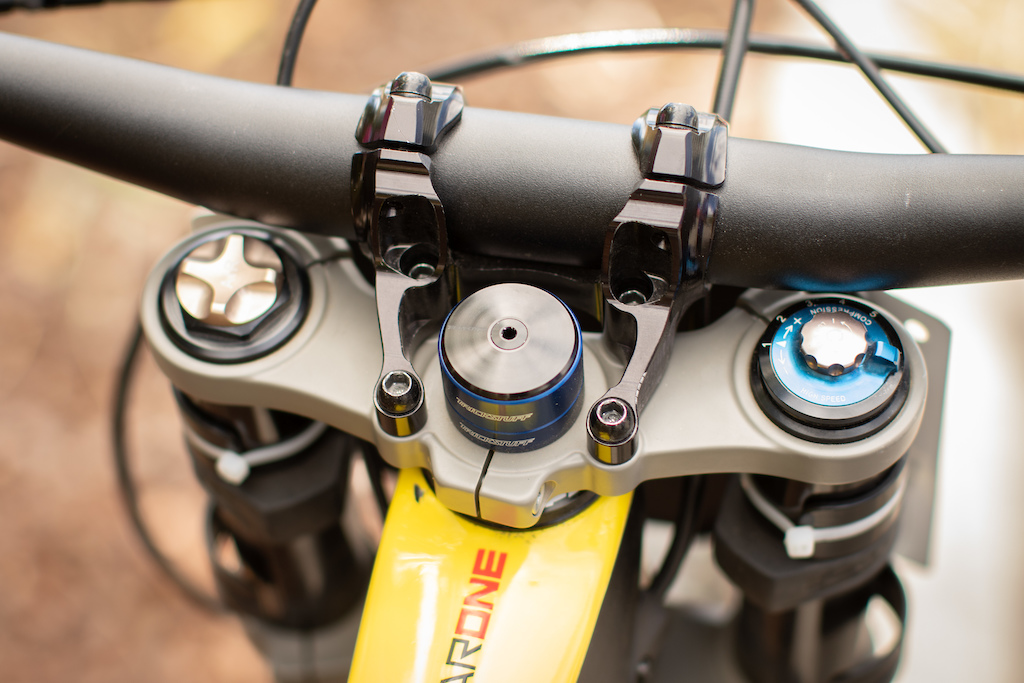 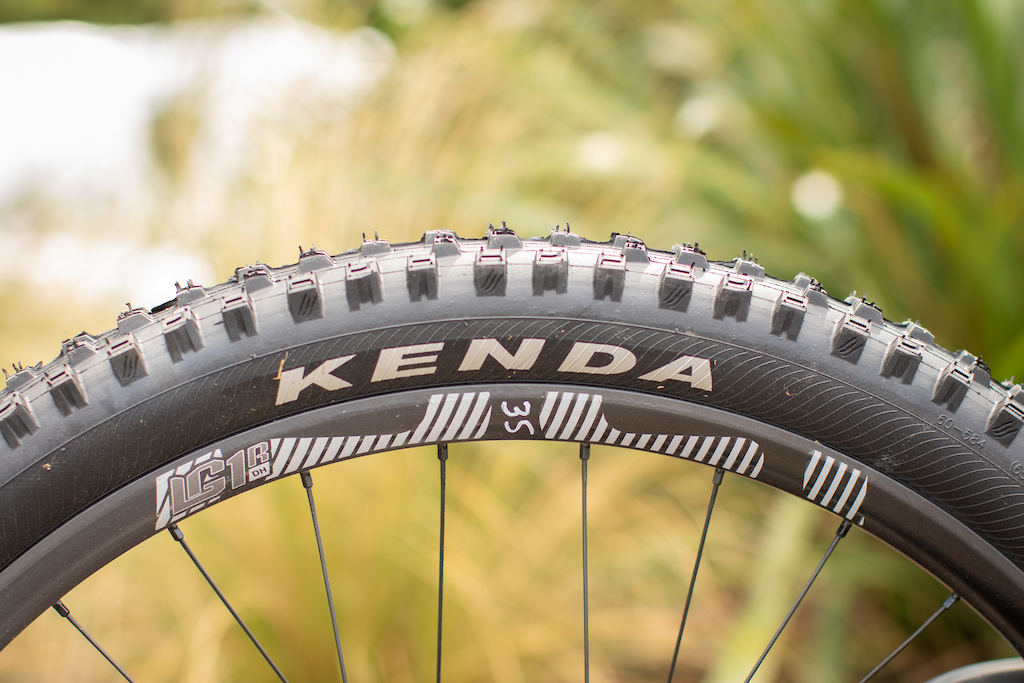 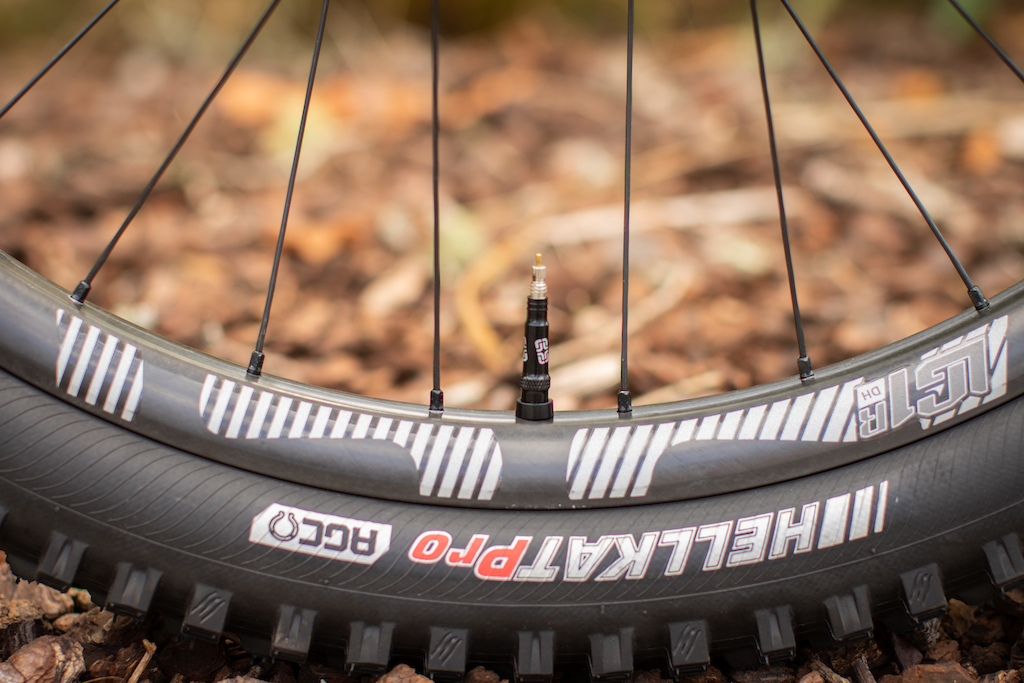 Tracey was running prototype Kenda tires last year and the new Hellcat is the finished product. 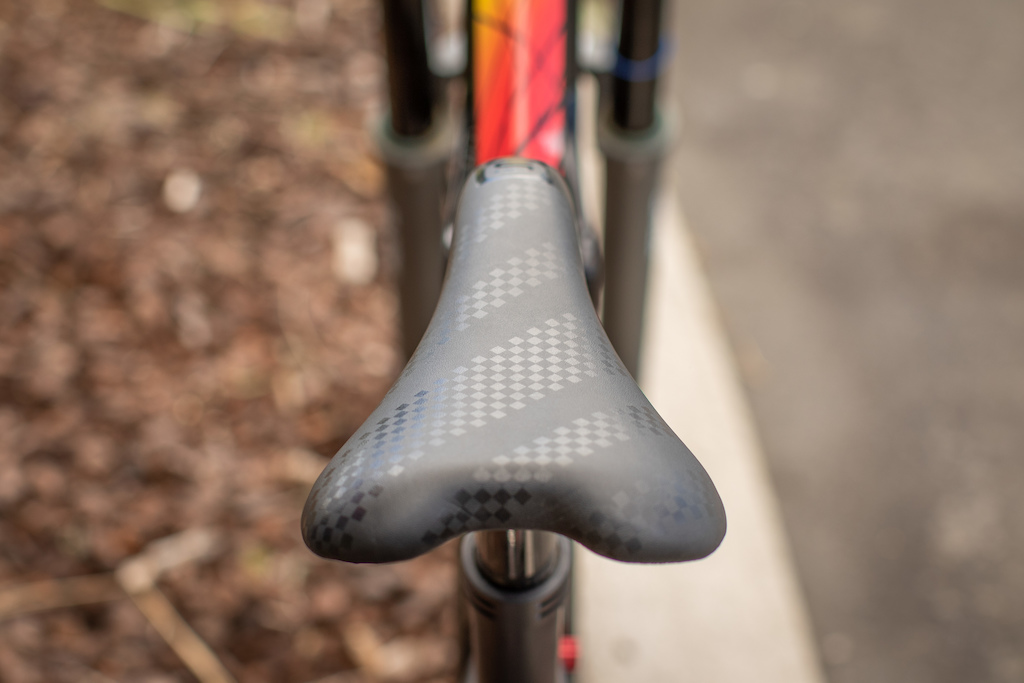 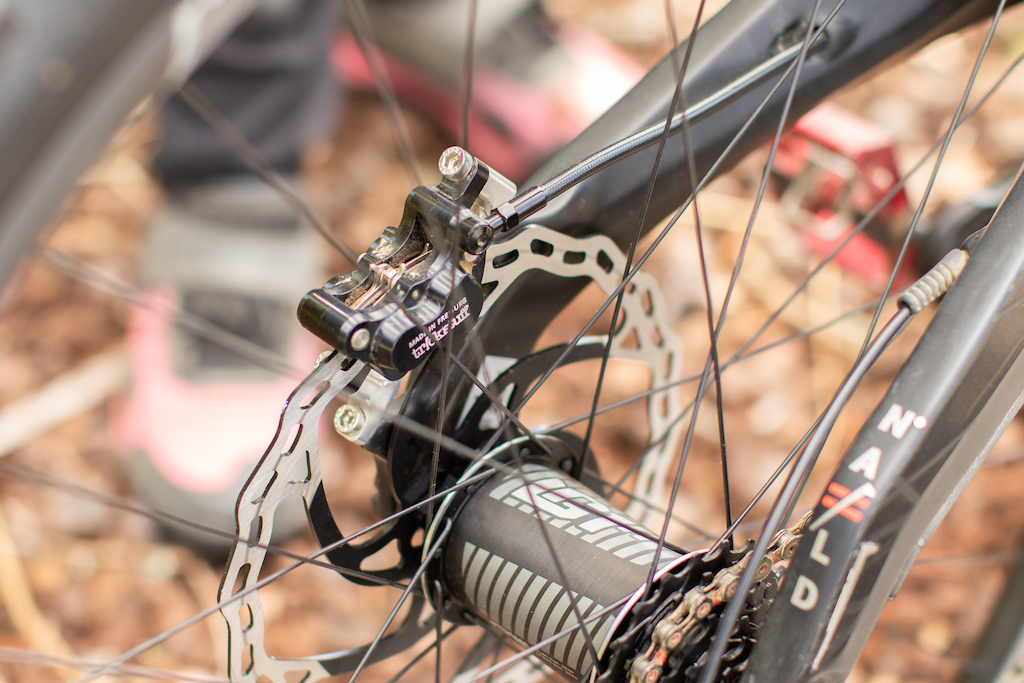 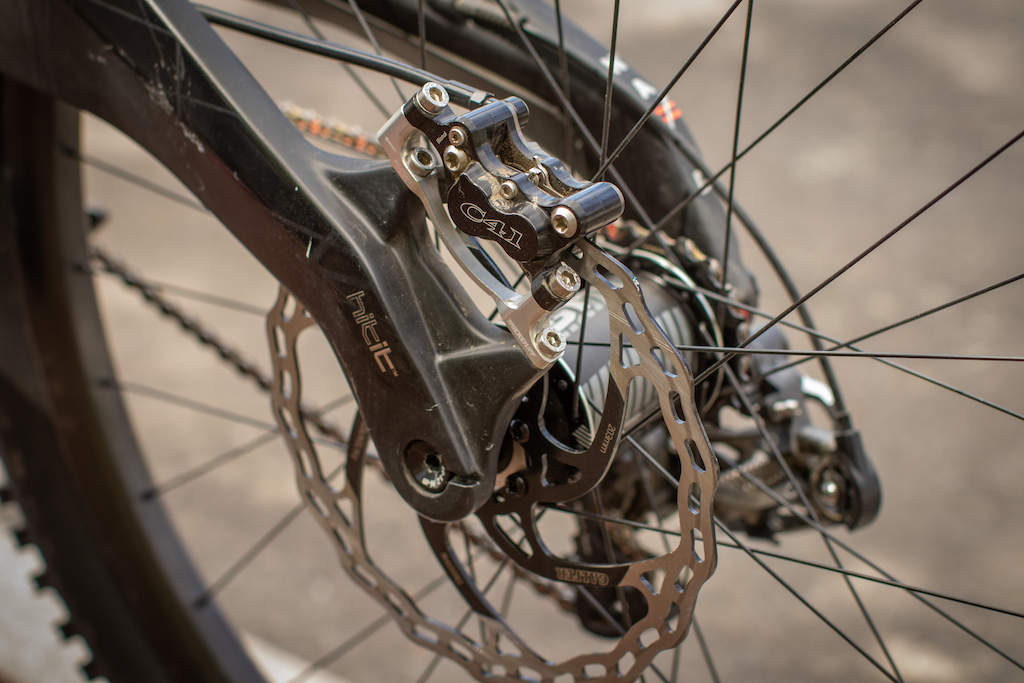 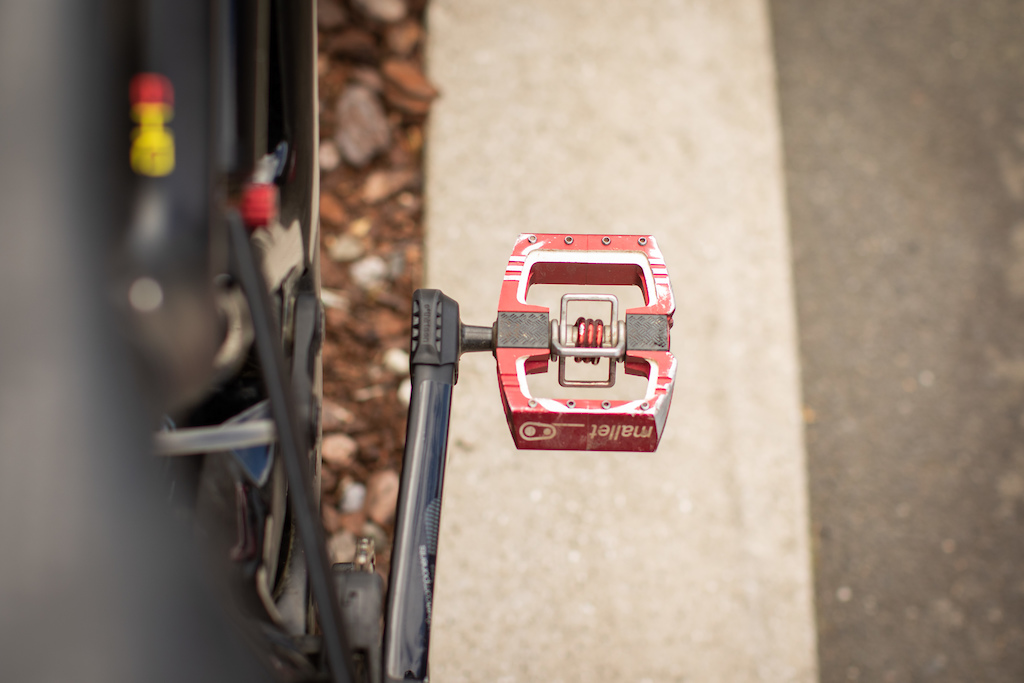 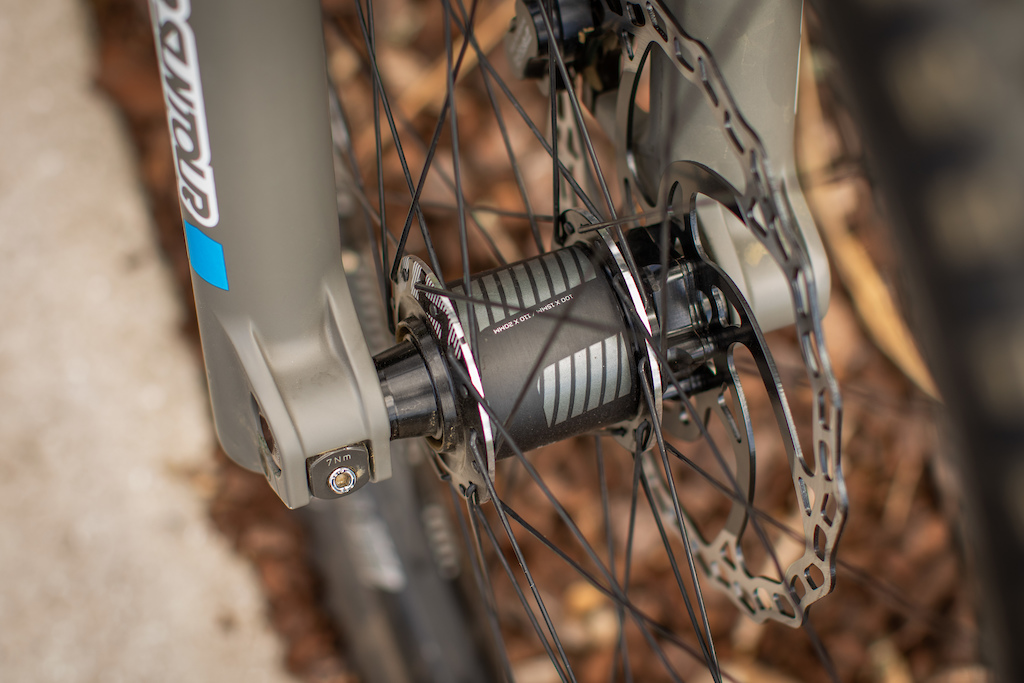 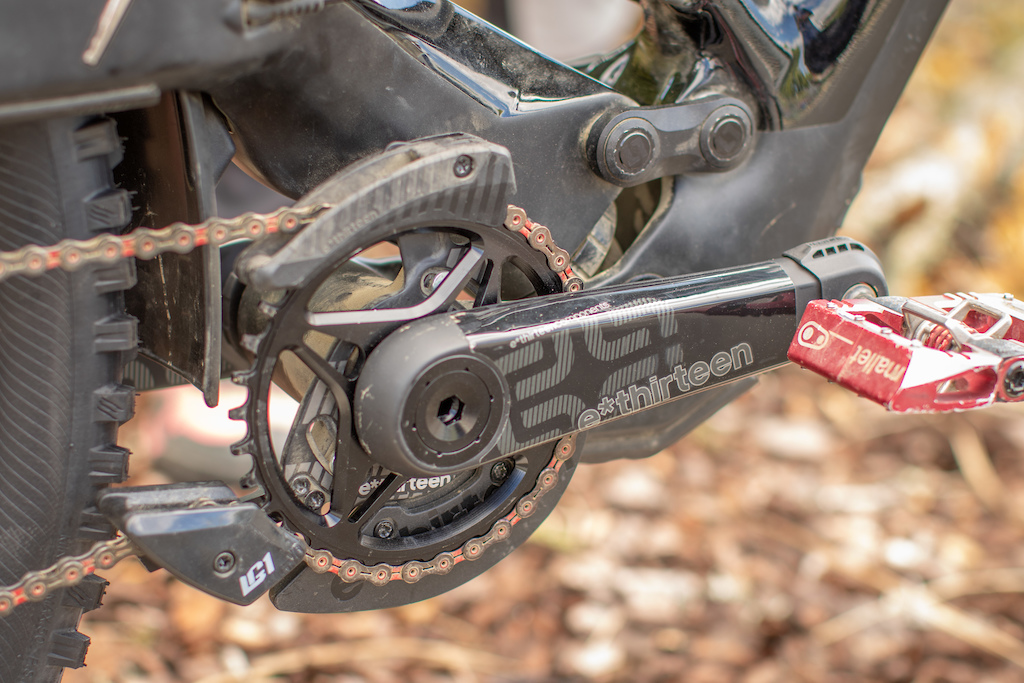 thewho07 (Mar 6, 2020 at 6:36)
Doesn't resemble anything like a Session, Gambler, Atherton Bikes, Glory or Fury so Pinkbike members call it ugly.

chillrider199 (Mar 6, 2020 at 7:23)
After seeing trust forks and that that one bike with all the linkages for suspension, and grim donut, I wanna ask, why is this frame ugly to most? It a little odd. But its a bike. Its fine haha

scbullit36 (Mar 6, 2020 at 7:37)
It doesn't look good but I would say, from what I've read, this bike is on the top of my list of bikes I want to try. I would have to try it first though...based on looks alone, I don't think I could justify the spend. But if it rides like even half the reviews say...it would be worth the money.

PauRexs (Mar 6, 2020 at 8:55)
It's not ugly at all, follows the desired diagonal shape... and the swingarm is so damn original. It's just it looks bottomed out and a little bit ebike... but this I just would call it different... Chill and stop bike racism.

jackalope (Mar 6, 2020 at 10:14)
Frame aesthetics aside, I think its pretty cool to see a mix of lesser known components brands rather than usual Fox/Sram/Shimano gear. Kinda neat to have the current World Champ running a Rux, TRP drivetrain, Kenda rubber, E13 wheels, etc..

KxPop (Mar 6, 2020 at 14:03)
It's really just the huge shock extender that looks kind of naff to me. If they brought the shock closer to the BB then I think I might actually give it a pass.

trailfurnace (Mar 6, 2020 at 15:51)
If the chain stay was a triangle, nobody would call it ugly. The front triangle looks okay!

EgoLicentia (Mar 7, 2020 at 9:25)
I really don’t get the hate, the frame looks clean and has some great lines, I suppose part of it might be the mono-stay or large bb-junction but man I like it.

Will-narayan (Mar 6, 2020 at 13:20)
@hollowing2000: Now that you mention it, the Trust fork could work really well on this one as it may have a similar angle to the seattube angle. This would be interesting to see.

melanthius (Mar 6, 2020 at 7:48)
She runs the fork at open rebound and open high speed compression and the shock with open rebound. Doesn’t this just mean that the base damping tune is intended for a heavier rider than her? Shouldn’t the current reigning champion be able to get a custom tune so that her mechanic can actually adjust it for her/each course?

PhillipJ (Mar 6, 2020 at 10:40)
Pretty sure Polygon get custom tuned shocks with very light damping for their weird slider suspension bikes because that's how it's supposed to work. So she's probably running it as intended.

KxPop (Mar 6, 2020 at 14:06)
@chyu: I haven't looked up the geometry of the polygon but that doesn't really mean anything anymore. The 2018 and 2019 Commencal 650b Supremes were so short I'd definitely have picked a large myself and I'm about the same height as Tracey too.

Gibbsatron (Mar 6, 2020 at 6:55)
I really appreciate how open Tracey is with her mental struggles. Pre race nerves can be seen pretty obvious on her face at times, it's interesting to see how she deals with them.

coltybear15 (Mar 6, 2020 at 9:09)
Y’all can call the XquareOne design ugly, but I haven’t seen you design a frame and suspension that leaves everyone that rides it speechless.

RowdyAirTime (Mar 6, 2020 at 10:27)
What a sleek looking bike. I'm guessing Polygon's goal was for all out speed regardless how it looks. This design already has space for a motor and battery, so should be easy for Polygon to make this an ebike next year? Why does no-one comment about Tracey's seat or different rear-end? Quite the angle to that seat, but looks very plush & comfy...I mean the bike.

muletron (Mar 6, 2020 at 6:27)
These sizes are ridiculous. 5 6 is large?? Medium should be for the average height person, use components to adjust for personal preference.

rustiegrizwold (Mar 6, 2020 at 6:48)
Its not uncommon for Pro Enduro and DHers to size up for more stability.

PhillipJ (Mar 6, 2020 at 10:41)
Polygon is Indonesian, lots of smaller people there. They didn't even make XL frames until they started selling more bikes internationally.

KxPop (Mar 6, 2020 at 14:09)
@manuni88: I think it's fair to say DH geometry is just out of date these days. Some companies are catching up but I guess not a lot of R&D is going into DH these days. Look at all the articles about riders sizing up. This one included. Can't wait for the next generation of DH bike design, whenever that happens.

juicebanger (Mar 6, 2020 at 14:17)
@ridebikesyall: my understanding was for XC, road, cx, etc, racers will often use the smallest size that works for them because it is easier to convert energy through a smaller bike and yes, there would be small weight savings associated with that. For DH or enduro there are more external forces working against the bike to cause instability which sizing up can help to counteract.

zeusdreadbeard (Mar 6, 2020 at 7:14)
What is it that people dont like about this bikes looks? I think they look awesome. This and the Marin version I feel are the best looking bikes out there. Like a f117 bomber of bikes. Controversial opinion but I think Pole make the ugliest bikes

DavidGuerra (Mar 6, 2020 at 6:41)
I like or dislike ugly bikes, depending on their performance or lack of. That seems to be a strangely peculiar view to have nowadays.

I like it, my kind of mindset. Go get em Tracey!

Notmeatall (Mar 6, 2020 at 6:54)
Since it's a downhill bike, reach can't be much longer. You'll be putting all your body over the rear wheel anyway.

betsie (Mar 6, 2020 at 7:35)
I have just started riding a Kenda Hellcat on the rear of my enduro bike, quite impressed with it in our current conditions.

drivereight (Mar 6, 2020 at 8:21)
Ever since the clutch and narrow wide innovations came out, dropping chains are a thing of the past without the chain guide!

DaveJube (Mar 6, 2020 at 12:27)
I'm sure that is an excellent bike but I never liked those boxy swing arms without pivots. The bottom bracket looks like it's part of the swing arm too. I don't think that's the case but I don't know. ALso, I've never heard of those brakes. But I only trust Shimano brakes on my DH bikes. My trail bike I'm not as picky but I usually run Shimano if I have a choice. I do know one thing about that bike. If she is riding it she is going to go much, much faster than I am. It's crazy how fast these top level women really are. When I was a young lad I used to think that I could keep up with the top level pro women...until I started riding DH with some average pro women. They are fast.

Mondbiker (Mar 6, 2020 at 12:33)
well comparing Shimano brakes to trickstuff is like comparing M3 to Zonda.

mandingo18 (Mar 7, 2020 at 17:59)
Being an American I would not expect you have heard of this component company. Like Mondbiker said, these are top level brakes and will be my next set when I finally make it back to Germany. I have a couple of one-off bits on one of my bikes from them and the quality is fantastic.

Garpur44 (Mar 6, 2020 at 6:02)
and for the tracks that require more pedaling there's room to conceal a bosch motor... Seriously what is up with the rear end of that bike. It's so ugly

-all the idiots in the comments who love 29ers

Darknut (Mar 6, 2020 at 8:06)
Bike is pretty homely .. but not even in the same universe of ugly as the trust fork. If you put both together the universe might implode. lol

hamncheez (Mar 6, 2020 at 9:03)
So in African clicking languages, the click is often spelled with an "x", so XquareOne sounds like "*click*one" in my head

drivereight (Mar 6, 2020 at 11:35)
Riding beautiful looking bike can have a mental advantage, but not here.

DaveJube (Mar 6, 2020 at 12:28)
@Danmcdan: I know exactly what you mean. I like to ride "IN" a bike rather than "ON TOP" of as bike. With a roomier cockpit I feel like I am sitting in the pocket where as smaller bikes I feel are under me.