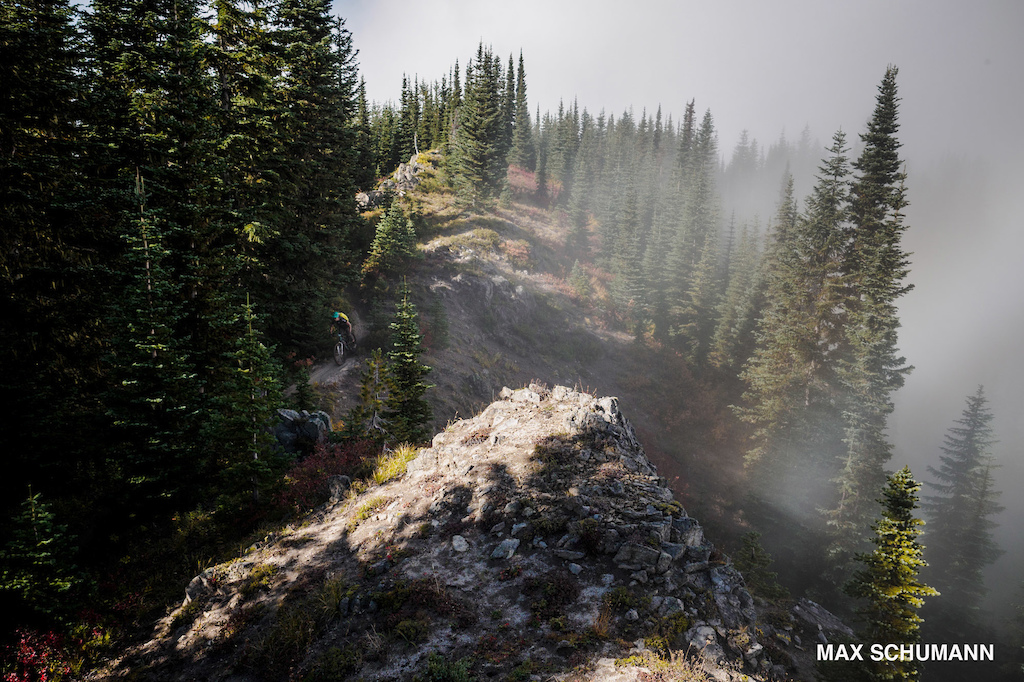 Trans Cascadia has reversed its decision to only offer racers a 50% refund on their entry following the cancellation of the event for 2020, and is now allowing racers to defer their entry to 2021.

An initial statement from Trans Cascadia said that racers were entitled to: "50% of their entry fees back and guaranteed entry for 2021 at a reduced entry rate of $2000 ($300 off)." The race claimed that the remaining money had already been spent, saying: "half of the funds that you have invested with us have already been spent on reclaiming the backcountry trails that were intended to be in the race this year (we started the work in October 2019) as well as, on continuing the important work of protecting all the mountain bike access to this and previous TC locations in the backcountry."

However, this did not sit too well with racers who now felt they had been forced to donate $1,000 for trail advocacy. One racer reached out to us at Pinkbike and said, "I'm all for investing in trails. I don't think many riders would have voluntarily made a $1,000 "donation" to trails this summer." 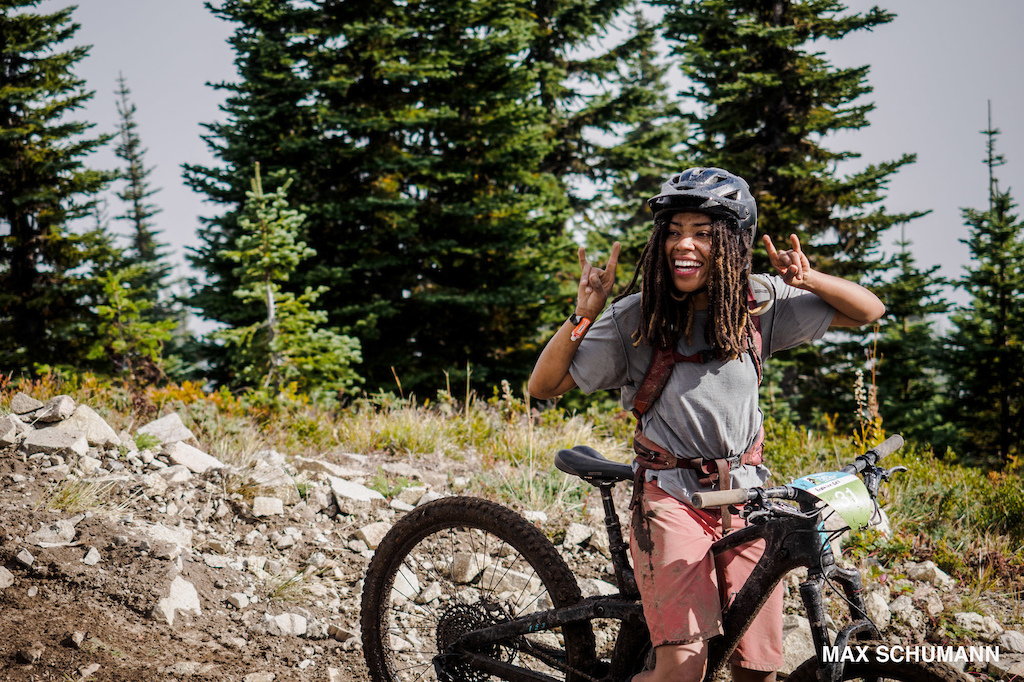 We reached out to the organizers for more information and they sent us a statement that, following feedback from racers, they will now allow racers to defer entry to next year for no extra charge. The statement is posted in full below:


Riders have until July 15 to make their decision.

topherdagopher (Jun 25, 2020 at 15:24)
Yeah, I didn't quite follow their logic, but they are a great organization. Originally, for grinduro they told entrants that the money couldn't be refunded because they had already spent most of the money since the cancellation was so close to the race which makes sense. With the D-Ville classic (which was 6 months out), they said that they couldn't sustain themselves if they give refunds. Because SBTS is so kickass (and a nonprofit), I am totally cool with that regardless and would gladly support them. That said, they should make all the entrants who lost 250 bones SBTS members for the year.

cycling-trivialities (Jun 25, 2020 at 15:42)
Its 250 you lost and a "fun day of racing", which will instead now go to keeping these trails alive and the community intact. We are working up here trying to pay trail crews a fair wage and keep these trails ridable for free for everyone. Putting on the classic is a way of getting funds in from all who come up here and shuttle without donating anything.
Thanks for your donation, we'll see you at the classic next year if you can continue supporting this region

ckcost (Jun 25, 2020 at 16:03)
Those are some dramatically different $ values and situations you are talking about. SBTS is an org which maintains and builds trails all year long and has basically created a riding destination enjoyed by tens of thousands of people in addition to reinvigorating economies in multiple towns that were previously suffering. SBTS are not spending money on reclaiming trials specifically to support a race that happens 1x per year in extremely remote locations enjoyed by few. It's gotta be an impossible situation for both orgs. That said, I would be happy to swallow a few hundred bucks for SBTS knowing that I enjoy the fruits of that $$ during other times of the year and/or the economic impact my money has on their local communities. 1k for TC would certainly be a bit tougher of a pill. Let me be clear - Im not being critical of what TC is doing....just saying that is an apples to oranges comparison.

knoxharrington (Jun 25, 2020 at 20:14)
Lots of credit is due to SBTS for building an awesome organization and creating some amazing trails, but they lost a lot of goodwill with the way they handled this. If they would have given people the option to donate their entry fee, a lot of people would
probably have done that, and possibly donated more. Racers accept the no refund policy for races because there might be unforeseen and/or last minute issues and the organizers had already spent money setting up the race, but this does not seem like a valid reason to not refund entry fees.

duro1 (Jun 25, 2020 at 16:56)
I really question this "Trail Advocacy" umbrella they seem to heavily market. It appears that opening up these trails and the politics that go with that is the cost of procuring the location for the VERY expensive event. TC makes a product and sells it like any other business. They are not nor should above criticism regarding the product they sell. I don't care what you call your tax structure.

iantmcg (Jun 25, 2020 at 18:43)
@stuart70: nonprofits can make tons of money. Maybe it is different in Canada but in the US you can make all kinds of money as a non profit. For instance hospitals are mostly non profit organizations. Not accusing TC of anything bad here just saying in general not to be fooled by the non profit business model

cycling-trivialities (Jun 25, 2020 at 20:10)
Yeah not sure how much trail work you do, but a single environmental review for these trails (NEPA/CEQA) is easily 35,000.... Then add in labor, gas for tools, tools, travel, and paying for easements. Trails aren't cheap, but for some reason most mountain bikers think they are a right...

mutenutshell (Jun 25, 2020 at 21:12)
@cycling-trivialities: No environmental review required for chainsawing out old Moto trails that have been there for 40 years. Also, most trails organizations don't purchase fleets of custom-wrapped, branded sprinter vans to do trail work.

carlitouk (Jun 26, 2020 at 2:31)
@stuart70: The term "non-profit" can be very misleading. Salaries are almost always paid, sometimes vast salaries.There is rarely any limit on salaries paid, you just can't leave "profit" on the accounts at the end of the year. But you can make that profit disappear as salaries, benefits or expenses. I'm by no means saying that is the case here, but just being registered as a "non-profit" means nothing.

Trans-Cascadia and the trail work they have done has had an undeniably positive impact in reopening old/lost trails in the Willamette NF in Oregon. They’ve also come back to more well-known trails to do needed maintenance and repair work. They aren’t the only people doing this but there are many hundreds of miles of trail in this region alone and never enough volunteers, funding, saws, gas, shovels or food to keep It all open. They have definitely helped.

I was livid at the “we’re keeping your $1,150” announcement, and this is the outcome I was hoping for. Now, I’m concerned that it took an outcry from racers and sponsors for TC organizers to do what’s obviously the right thing.

Hopefully this was just a short-sighted decision and not representative the TC’s attitude towards racers who are willing to invest in the experience they’re offering. I hope they’ll be significantly more open and communicative in the future.

slickwilly1 (Jun 25, 2020 at 18:06)
Baloney!! Transrockies Golden 24 only offered a deferral to the next year on entry fees. I get that these organizations have already thin margins, but so does the rest of the world. I know folks who have accomodation deposits and wedding deposits that have refunded those even though they couldn’t afford it.

RonSauce (Jun 26, 2020 at 2:04)
I dont know anyone who has EVER received any kind of refund on wedding accommodations. Interesting enough, the only way the covid lockdown has financially hurt me we with my summer plans that I paid for. The races I enter are all fundraisers that are clear ahead of time, "if the race gets cancelled we still need the money" so I'm ok with that. The Elton John tickets that my wife needed for the bucket list... THOSE are hurting me.

2004vizsla (Jun 25, 2020 at 22:48)
All non profit organizations are required to make available their IRS form 990 to anyone that wants to see it during regular business hours. This is essentially their tax return. Many non profits publish these on their web sites because they want transparency when asking for donations. Is Trans Cascadia a non profit? I could not find any info on the website.

topherdagopher (Jun 25, 2020 at 15:31)
Why is it that a lot of these race organizations can't give refunds? I get it if the money is already spent or if it is a nonprofit, but for-profit race orgs (like epic rides) they should have rainy day funds just like any financially responsible adult no?

truehipster (Jun 25, 2020 at 21:40)
These events have be for industry insiders. Think about it!. Why else would transition be involved!

RonSauce (Jun 26, 2020 at 2:10)
My local races is how our trail systems survive. Funding and donations do a little, but something like 90% of or funding comes from prizeless racing. I sign up knowing there is always a chance for it to get shut down. I only give money when I know where the funds end up, I live in the US you have to be careful with "non-profits" they are rarely charitable but sound so noble.

malachi-artice (Jun 25, 2020 at 16:42)
Nonprofit ran by voulnteers that doesn’t return “ investments” Such BS... I give money to my local trail network and am for trail work but my thousand dollar “ donation’’ is robbery.... hope anyone that considers signing up for this race or giving money to this “Nonprofit” consider any other trail association

MatchBC (Jun 25, 2020 at 17:03)
Not supporting the org, but that's not what non-profit means. They may not seek to make a profit outright, but all of that can go right back into the organization for trail expenses, salaries etc. It does not mean they're just sitting on all this money and have free labor to do all the things they want. To be able to refund 200k in race fees, means they would have to be sitting on 200k all the time, AFTER expenses for running the events.It's shitty, but not surprising.

sspiff (Jun 25, 2020 at 22:10)
@MatchBC: Man. Wouldn't it be great if published financial statements were necessary to receive non-profit exemptions? Seems a fair price to pay.

hawaii5-0 (Jun 25, 2020 at 16:53)
Too bad other organizations aren't doing the same thing. At the very least offering partial refunds or a discounted entry next race. A lot of people who may have had their jobs impacted by the pandemic could probably use some of that $100+ entry fee back in these not so Epic times.

skydiveblake (Jun 26, 2020 at 19:28)
f*ck it - spend the money - who cares, you can't take it with you. I you wanna spend a few grand to go ride with a bunch of other people, its worth it. What are you going to do in 2021 when they can't afford to put the race on at all, because they got screwed by the covid and you won't pay extra? The TC is going to go the way of the dodo - it ain't govt sponsored. It's good people working their dicks and tits off to show people a badass time. You spent 10K on a bike and now you're squabbling about a grand? Jesus...

tbmaddux (Jun 25, 2020 at 15:03)
The 2020 Trans-Cascadia was announced to be in a new zone in February when registrations opened. Since they don't reveal the locations in advance due to the "blind" format, we'll have to wait until next year to find out.