Join Pinkbike  Login
When the Remedy was first released it garnered immediate acclaim from nearly every camp. The bike was an instant hit with riders and reviewers alike due to it's competent nature at not just descending, but for being able to climb proficiently enough as to truly be a "one bike" kind of machine. For 2011 Trek doesn't mess with the Remedy's ingredients, but fine tunes the recipe. For the upcoming 2011 season Trek will make three complete carbon Remedy's and three aluminum versions that feature ISCG tabs (the carbon models don't), as well as a frame only option in carbon. 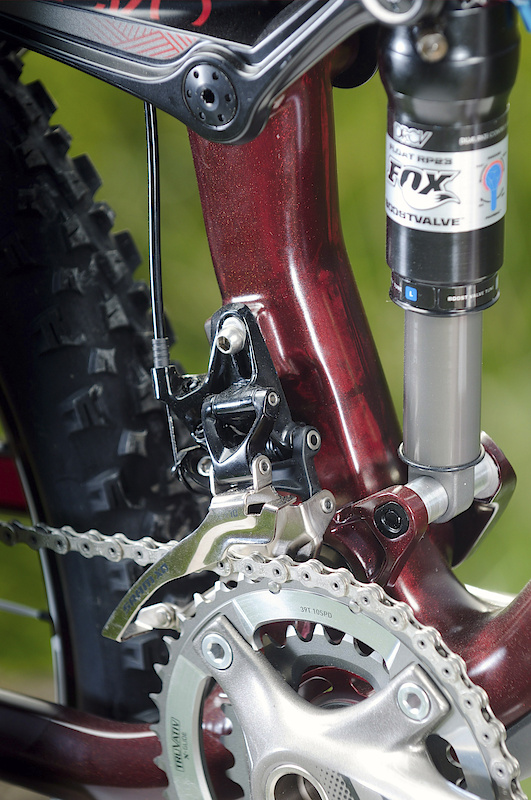 Trek employs their Full Floater system out back

The 2011 carbon frame uses Trek's latest OCLV technology to produce a mountain specific carbon layup that differs greatly from a carbon bike that isn't designed for the same abuse that the Remedy may see. Not only is the frame about 100 grams lighter than the previous year, but it's also stronger. The chainstays remain alloy, but the seatstays are also made from the Trek's mountain specific OCLV carbon. The end result is a frame that is not only lighter, but also claimed to be stronger. 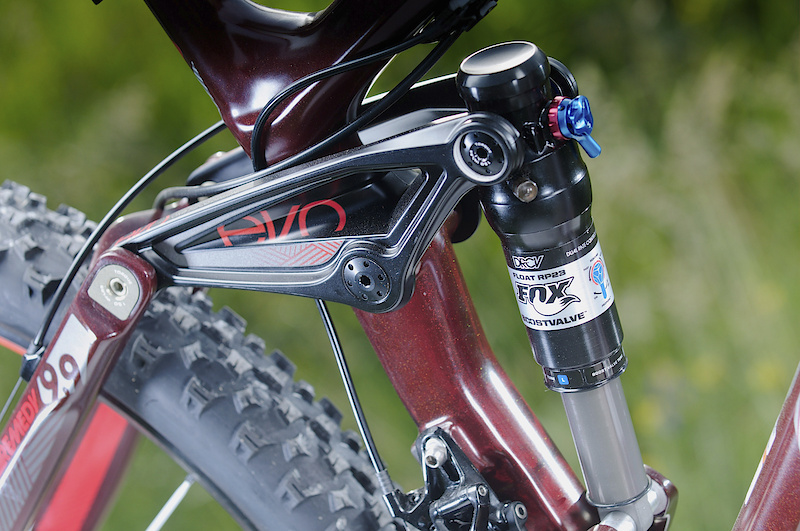 At the heart of the Remedy is the Full Floater suspension and Active Braking Pivot (ABP) combination. Full Floater is Trek's wording for not rigidly mounting the Fox RP23 DRCV shock to the front triangle, instead it is attached to a forward extension from the chain stays. This gives Trek's suspension gurus another place to tune the bikes rate as it goes through its travel as well as not feeding suspension forces directly into the main frame and having to add beef to the shock mount. 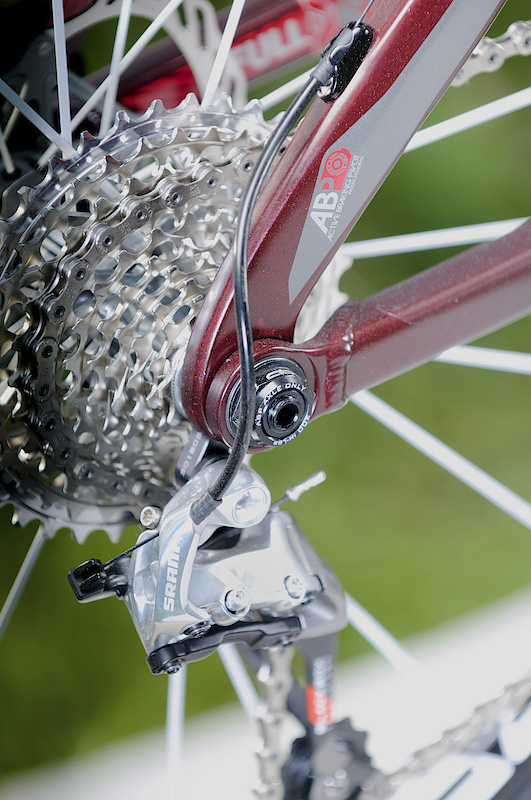 ABP is short for Active Braking Pivot and is exactly what it says. The chain and seat stays pivot directly in line with the rear axle which lessens the amount of rotation between the caliper and rotor, making for a more active system under braking. The less the distance changes between the caliper and the rotor as the suspension compresses, the more active the bike will be under braking. Simply put, it is a sort of built in floating brake. 2011 sees the introduction of ABP Convert that allows the use of both the newer and stiffer 12 mm x 142 mm rear axle system, as well as the option to easily swap it out with the supplied hardware to accept a standard 135 mm QR rear wheel. The 9.9 comes stock with DT Swiss's Tricon wheelset, the rear using a 12 mm x 142 mm axle. This is a great feature for riders who have their preferred wheelset that doesn't use the larger diameter axle design, or if you happen to damage your wheel and need to replace it, but only have a regular quick release version. 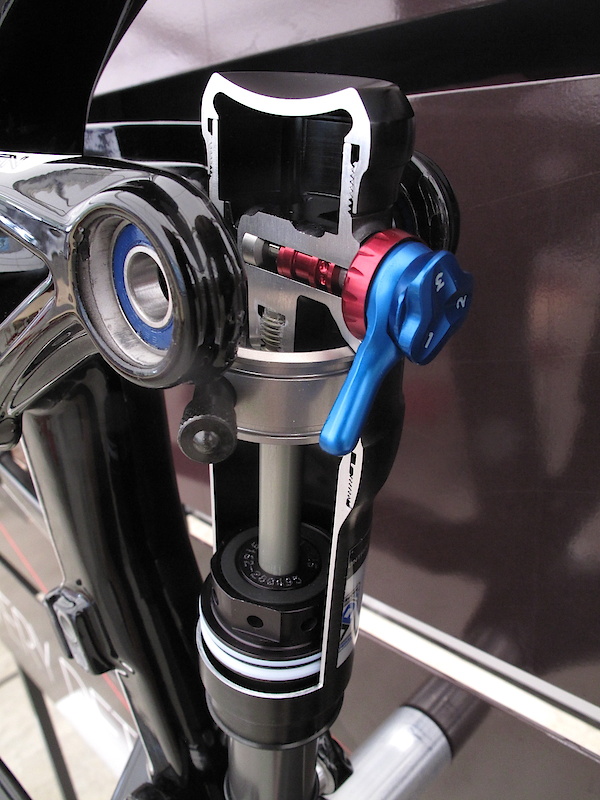 The Remedy uses a Fox RP23 rear shock, but the trickery doesn't end there. Just like in 2010, the shock is a unique to Trek DRCV (Dual Rate Control Valve) that acts as two shocks in one, without the added complexity of actually using two shocks as can be found on some other bikes. It does this by using two air chambers and an internal plunger to open the smaller secondary chamber at just the right time. The shock also has a custom rebound tune to allow it to better handle it's return stroke from large impacts. Trek also worked with Fox to create a custom valved Float 32 Talas FIT RLC fork that uses an entirely different piston and shim stack configuration. Watch the video below to learn the why's and how's of the custom tuning.

The new Remedy has some very advanced suspension - Watch the video to learn all about it! 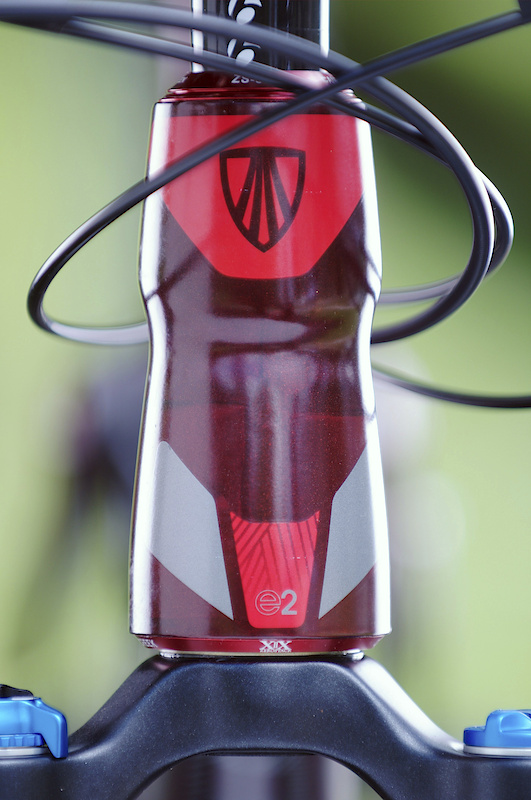 All the Remedy models, including the carbon framed 9.9 you see here, use a tapered E2 headtube 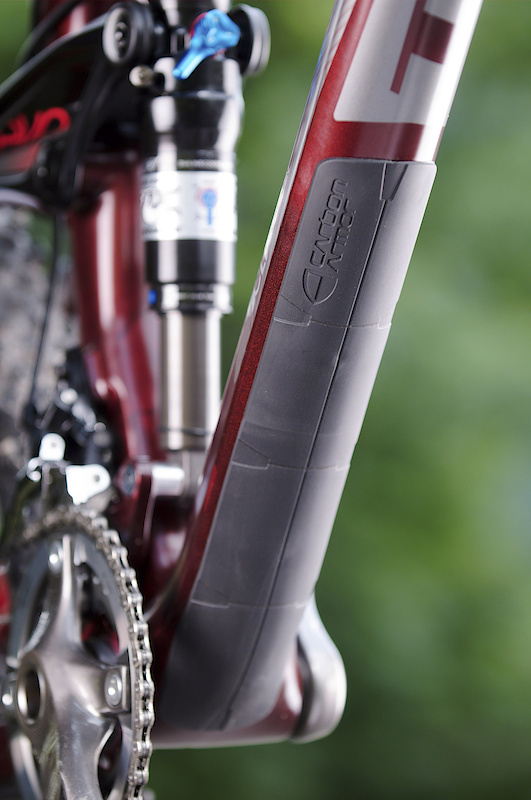 The OCLV frame uses Trek's Carbon Armor for some extra insurance against rock strikes from debris thrown up from your front wheel. Carbon Armor is a dual density pad located low on the downtube, the outer material being slightly softer to absorb impacts and the inner layer being a harder shell to prevent any possible chance of damage. 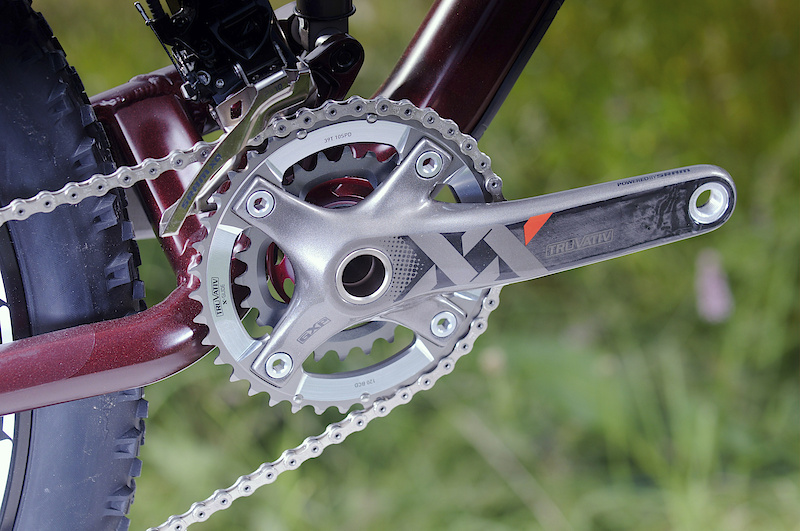 The 9.9 picture here is Trek's top end offering in the Remedy lineup and is built using a suitable parts selection. You'll find a SRAM XX ten speed drivetrain and DT Swiss's Tricon wheelset, along with custom tuned Fox suspension on both the front and rear. If that's a little highbrow for your liking, they also have two other less expensive carbon framed models, as well as three aluminum Remedy's that are just as capable, but won't drain your kids collage bank savings.


Visit the Trek website to see their entire lineup.

All photos by Sterling Lorence

midwest-mtb (Jul 15, 2010 at 9:57)
seventh but so is a ferrari and we all like looking at them anyway and wishing we had them same diff

atrokz (Jul 15, 2010 at 5:33)
I love this bike and respect Trek's engineering team, but when are these companys going to get real with their technical jargon BuSh. 'One piece EVO link'... Uh, it's actualy a two part weldment assembly. Maybe I'm jaded engineering in the aerospace and defence industry where we call things what they actualy are, but this is almost as bad as Norco's 'ergonomic' link.... That being said, it wouldn't stop me from buying it.

King-Crab (Jul 15, 2010 at 20:54)
Anyone else find it funny that engineers just HAVE to let everyone know that they're an engineer?

cyrix (Jul 14, 2010 at 17:11)
Someone correct me if I'm wrong, but isn't that the same rear shock they used on some Gary Fisher bikes? Pretty sure my Roscoe that's sitting 3 feet away has that shock. "Unique" to trek. lol But I digress, it looks like a solid bike. Little disappointed with the lack of ISCG tabs on the carbon frame.

smike (Jul 14, 2010 at 17:19)
Fisher has been owned by Trek since '93. As such, they have license to all Trek's technology (like ABP and DRCV etc). And just recently I believe the Gary Fisher name will cease to exist and all Fisher bikes will carry the Trek name instead (marketed under "The Gary Fisher Collection by Trek").

cyrix (Jul 14, 2010 at 17:24)
I know all that. I'm also disappointed they dropped the Roscoe line when they did they whole merger thing. My whole point though was saying it's "unique" to trek is a misnomer.

seraph (Jul 14, 2010 at 22:54)
I think you're confused. It's still unique to Trek because Fisher is owned by Trek. Personally I'm glad they did away with the Roscoe. Probably one of the ugliest bikes I've ever seen.

cyrix (Jul 15, 2010 at 2:43)
I know Fisher was owned by trek. But they acted as two separate entities until the "official merger." And to add to that I believe that rear shock was used by other companies not legally held under the trek/fisher franchise. Like I said I'm not trying to shit on the bike because lord knows I'd love to have one of these bikes. If anything I'm wondering if they have the shock specifically tuned for their frames. In that case I understand their claims. I'm riding a trek fuel from 07 as my XC bike so it's not like I dislike the company or their bikes.

seraph (Jul 15, 2010 at 13:02)
Actually no, Trek owns Fisher and has for quite some time. They also own Bontrager and Mirraco, and used to own Lemond and Klein as well.

look-out (Jul 14, 2010 at 16:25)
I bet the price will kill reality, but for this day I replace my Autumun checklist's Cube Fritzz with this ride. Maybe 9.9 is overshot for my taste, but the whole chassis gives a lot of promises. I'd be happy to see if it keep its words.

Edparn (Jul 14, 2010 at 16:29)
Always liked the Remedy and looks understated for such an amazing spec. Agree that XX seems like needing to dress up the spec of the top bike though, can't see any problems with XO or XT/XTR combo for plenty less. I guess if you can justify buying this level of Remedy then the fact that it's an all-mountain bike with cross-country race gears and a frame material that needs armour wont worry you that much.

rmesfcmdr9er (Jul 15, 2010 at 12:43)
i guess it couldnt but the chain rings are differnt sizez on the 2x10 its a different the over all drive train is gona have different gear ratios it prob wouldnt hurt but it would be way different

DARKSTAR63 (Jul 16, 2010 at 4:39)
They arent doing that at all. This is a Carbon frame, it wont dent, but it could chip or scar and you wouldnt want that, hence the guard. That being said, I think the guards on their aluminum frames is a perfectly acceptable solution to the denting issue.

rmesfcmdr9er (Jul 14, 2010 at 16:51)
prob just for this show bike when its realised its prob gonahave all the brontrager junk

bookem13 (Jul 14, 2010 at 18:42)
I hate to burst ur bubble but DT swiss wheels arnt any better then Bontrager. In fact there rims are so soft and weak that I would be willing to say the Bonty's a better choice. Every pair of DT swiss wheels I have to deal with is worked, great spokes, ok hubs, and terrible rims. If U dont like bonty stuff go mavic, nothing touches mavic.

Between Ibis, GT, and Trek, you guys definitely got the carbon down.

I may have to pass.

wow that is for us over 7000 euro!,insane pricing

JKSR (Jul 15, 2010 at 17:56)
Funny how they fix the problem with all the dented downtubes with pieces of carbon armor. Still A sic lookin bike.

MaxGuerette (Jul 15, 2010 at 9:31)
Bontrager Wheels have been great for me.. The two wheelsets i've had. Solid and dont always have to true them.. thats important isnt it ?

seraph (Jul 14, 2010 at 16:20)
I highly doubt that the parts spec listed here is final. Trek barely ever uses someone else's wheels on their bikes.

Rasterman (Jul 20, 2010 at 12:32)
Awesome spec and build, but that is one ugly paint scheme and color!
Below threshold threads are hidden