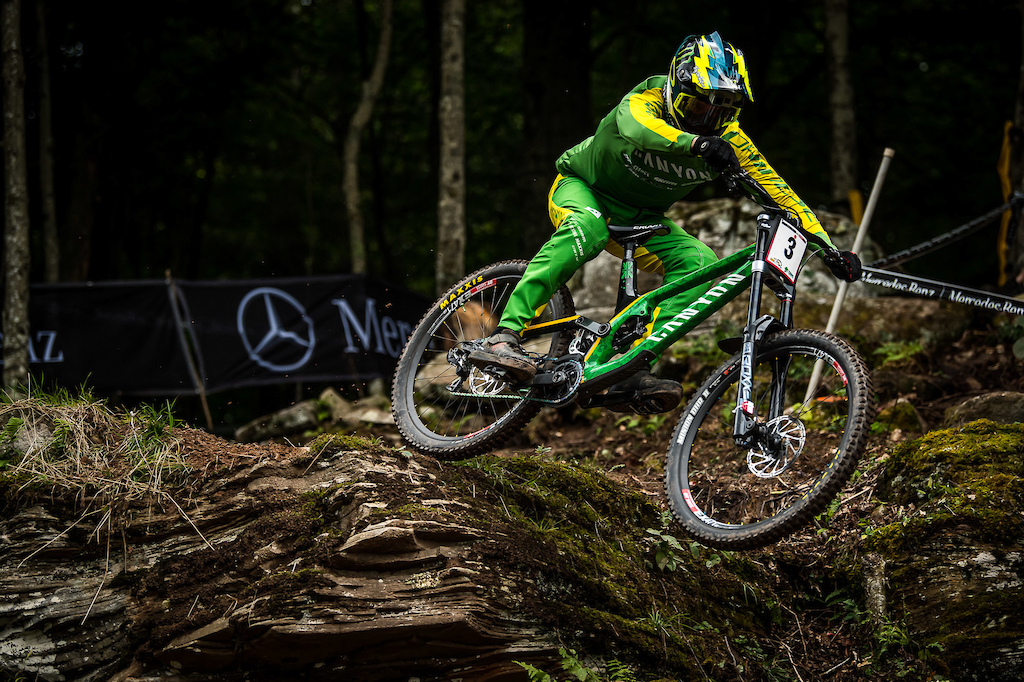 Troy Brosnan has kicked off silly season by announcing he will be staying on the Canyon Factory Racing for another three years. Brosnan first signed with the German brand at the inception of their downhill team back in 2017 and will now be continuing his relationship with them through to the end of the 2022 season. 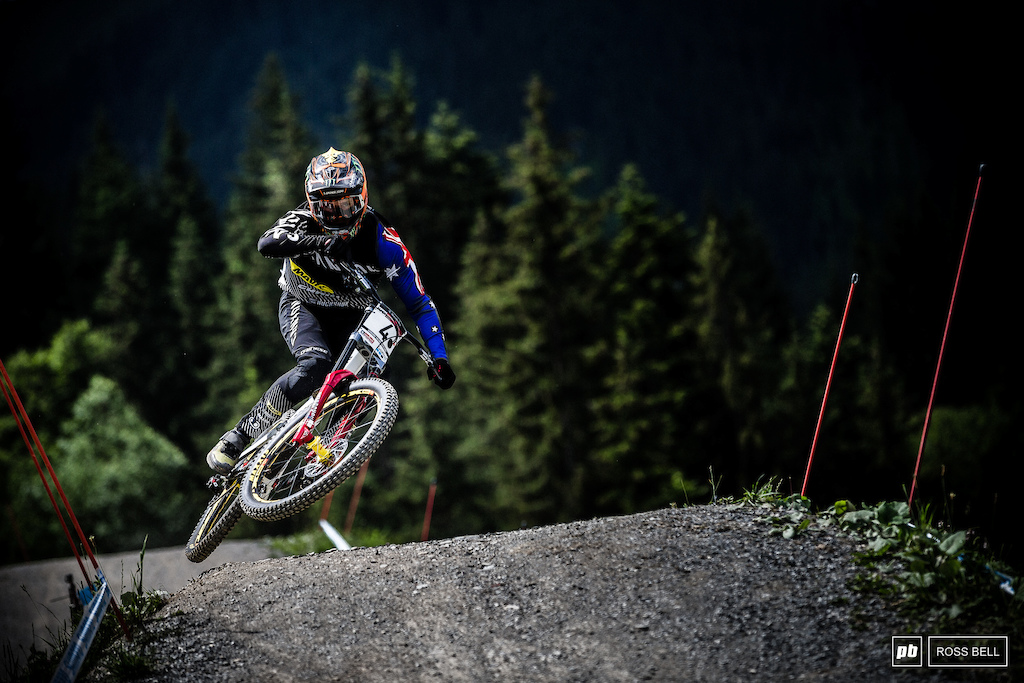 Troy joined the team as it began, moving from a well established Specialized program to what could have been seen as a risk on an unproven bike as the Sender made its World Cup debut. He soon put those worries to bed though and enjoyed a successful tenure with Canyon including his second-ever World Cup win at Vallnord in 2017, three consecutive top-three finishes in the World Cup overall and 13 podiums, an unmatched total over the past three years.
Troy Brosnan's Canyon Accolades: 2017-2019 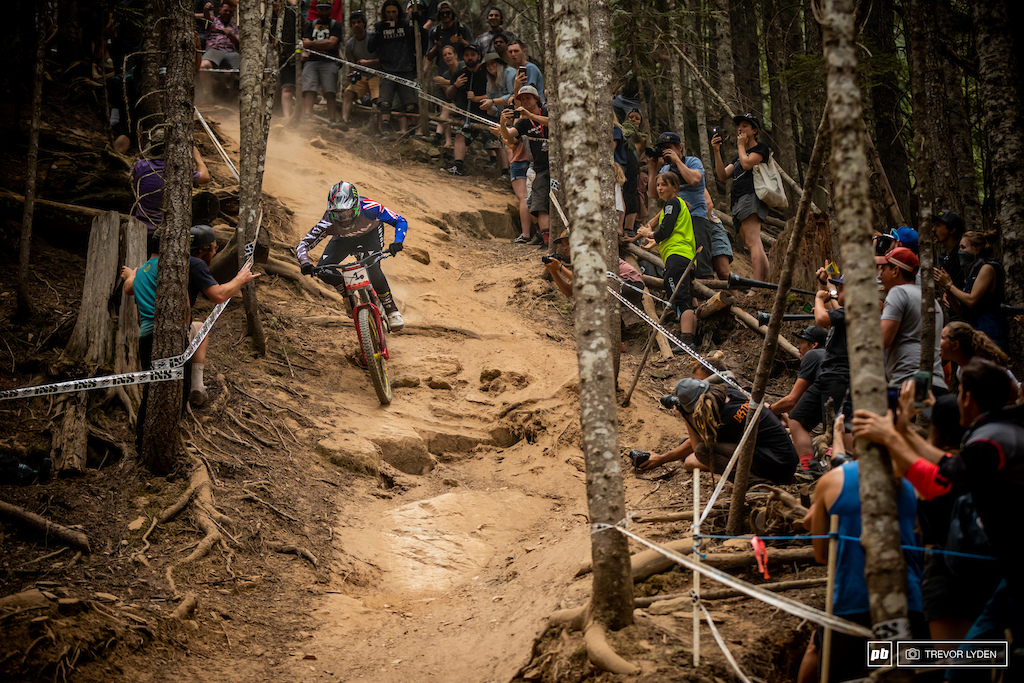 We currently have no further news on the movements of Troy's teammates, Mark Wallace and Kye A'Hern.

Scottybike36 (Sep 13, 2019 at 2:36)
I always feel gutted for Troy because his consistency should have his name go down as one of the greats of DH, but history is never that kind.

ImAManCheetah88 (Sep 13, 2019 at 4:01) (Below Threshold)
I hope it's a close top 5 between Pierron, Greenland, Goat, Hart and Brosnan. All are superb to watch. Dont get excited watching Bruni or Gwin.

ImAManCheetah88 (Sep 13, 2019 at 7:15)
@b45her: its funny how when anyone mentions anything negative against gwin, loads of Americans down vote it

cuban-b (Sep 13, 2019 at 8:19)
@ImAManCheetah88: Thumbs down is the new thumbs up. Neg props on a Gwin post generally means you’re right LOL. Love the guy to death and absolutely respect his classiness, but suddenly we aren’t allowed to say anything that’s not super duper positive about him? Grow a pair people.

cuban-b (Sep 13, 2019 at 8:42)
@tobiusmaximum: that Vladimir Poutine guy - makes delicious appetizers but man is he one sticky wicket

powderturns (Sep 13, 2019 at 9:02)
I'm just stoked to see a guy stick around on a brand for a while. I have to think it devalues the relationship for both when a guy hops around and/or gets clipped.

brianbuell (Sep 13, 2019 at 6:08)
I would love to know what his contract details are. Lets go Troy, like many major sports, make your contract details public so riders understand what you are worth and can better represent themselves during contractual negotiations.

pimpin-gimp (Sep 13, 2019 at 10:15)
@brianbuell have you heard the vitalmtb podcast with Bruni interviewing Brosnan, that’s the exact thing they discussed last. Worth a listen if you haven’t heard it.

Loobs22 (Sep 13, 2019 at 9:07)
I want to see these guys talking about their compensation / salaries - keeping it secret ultimately amounts to lower pay for racers and we need our top guys to make BIG bucks for the sport to turn the corner toward the mainstream. Gwinny's transparency into his contract details was a good thing in my opinion - hoping that puts the pressure on the industry to step it up and get some better pay for guys currently renegotiating!

suspended-flesh (Sep 13, 2019 at 9:30)
Troy mentioned in his Bruni interview that he wishes salaries weres public info but they are under NDAs, etc. Troy wants transparency and Loic seemed to as well. The riders discuss details amongst themselves.

snagnot (Sep 13, 2019 at 18:17)
@nouseforaname: sorry for my ignorance, but you placed where in the world cup? Gotta love them armchair experts.

FloriLori (Sep 13, 2019 at 3:22)
It is always so close for him. A really great rider. I hope he find some seconds on the tracks next year then he will definitely win some races

Preachey (Sep 13, 2019 at 4:35)
It's crazy he's come top-three overall three times in three years while only winning one race. I guess he's always going at 98% vs others going at 110% - doesn't always work out for the others, but whoever makes it down will take the top spot on the day

humoroususername (Sep 13, 2019 at 14:25)
I wonder is he too happy to come second and third? Like you can see how annoyed Bruni, Pierron, Gwin, Hart, etc are when they don't win. It sickens them and you can see the anger in some of their race runs. They go hell for leather and seem to be on the edge, while Troy always seems very in control. Maybe Troy needs to become a sorer loser....

ecologist (Sep 13, 2019 at 22:54)
Back on specialized it always seems to me that Troy was a little too loose...either took second or third or crashed out. Does seem as though that's how you have to ride to win, but maybe he decided it's better (and less painful) to finish more consistently even if it means giving up a few places.

flowisforpussies (Sep 13, 2019 at 3:40)
Always so close and yet so far. I wish he could win more often in the future. He's really a nice guy and has a great riding style.

AndrewFleming (Sep 13, 2019 at 8:18)
Good dude and so fast. Super nice - I've got a photo with my mate and Troy in a bakery at the bottom of Waterfall Gully where he was hitting shuttle runs with his mum. Hilarious timing on that run in.

nlibot33 (Sep 13, 2019 at 6:11)
Awww man I wanted to see Troy in something different but hey maybe canyon is taking good care of him that I don’t know about way to go man