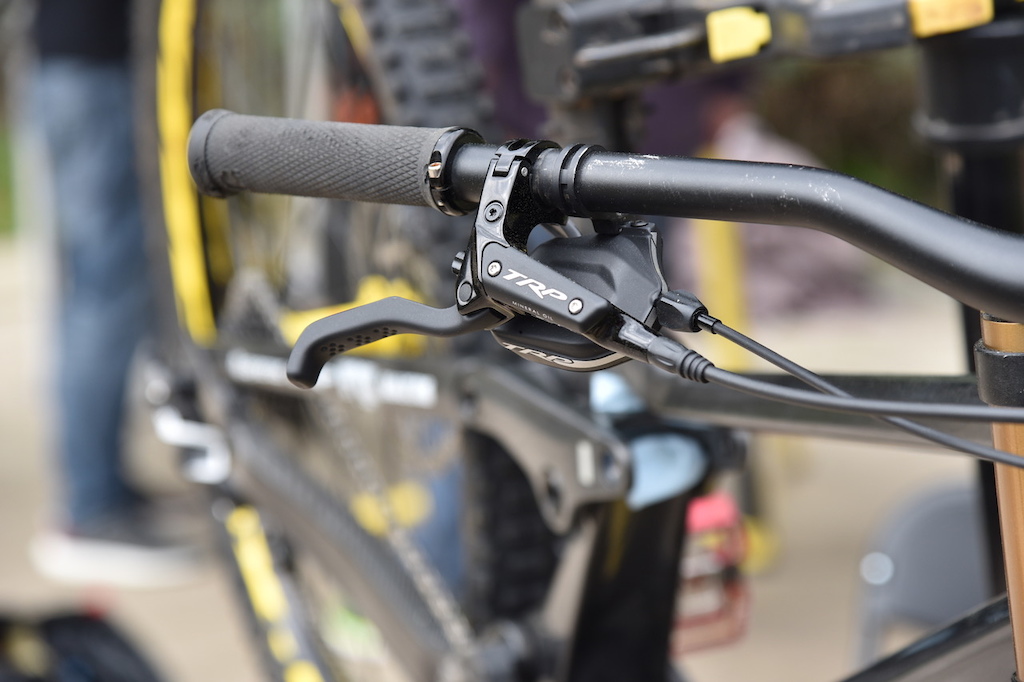 With deep experience gained working alongside Aaron Gwin over the past three seasons, including support for his two most recent downhill World Cup overall titles in 2016/17, we are proud to announce the expansion of our sponsorship roster and product range for the 2019 World Cup downhill season. We proudly continue to work with Aaron Gwin and his new Intense Factory Racing Team, the YT Mob’s returning World Cup downhiller, Angel Suarez, and the Commencal/100% Team. New for 2019, we are partnering with Scott DH Factory Racing. 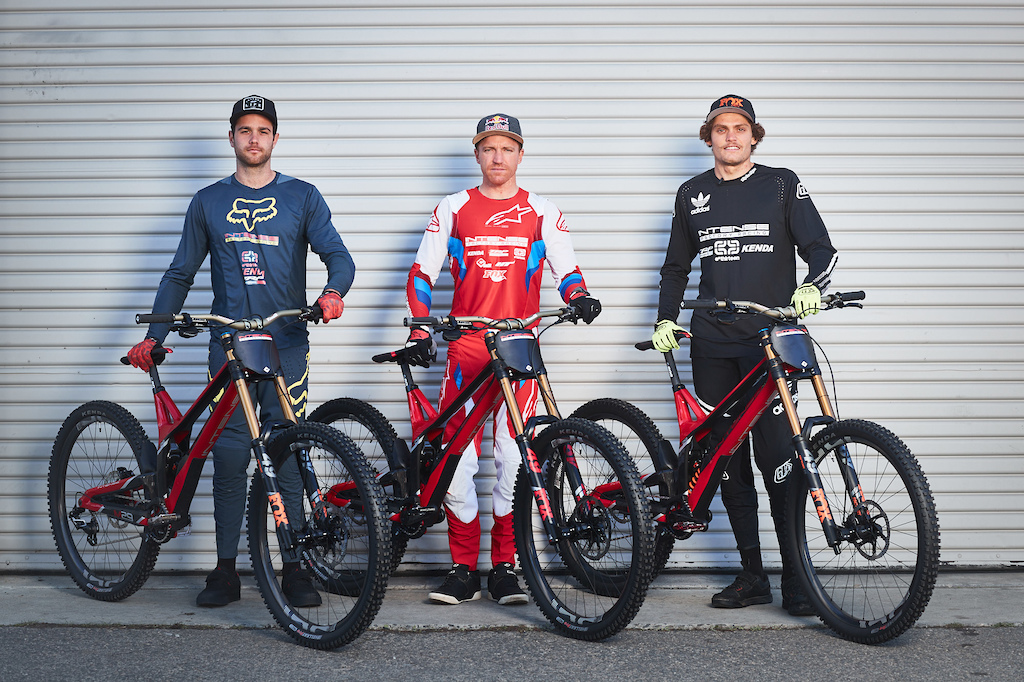 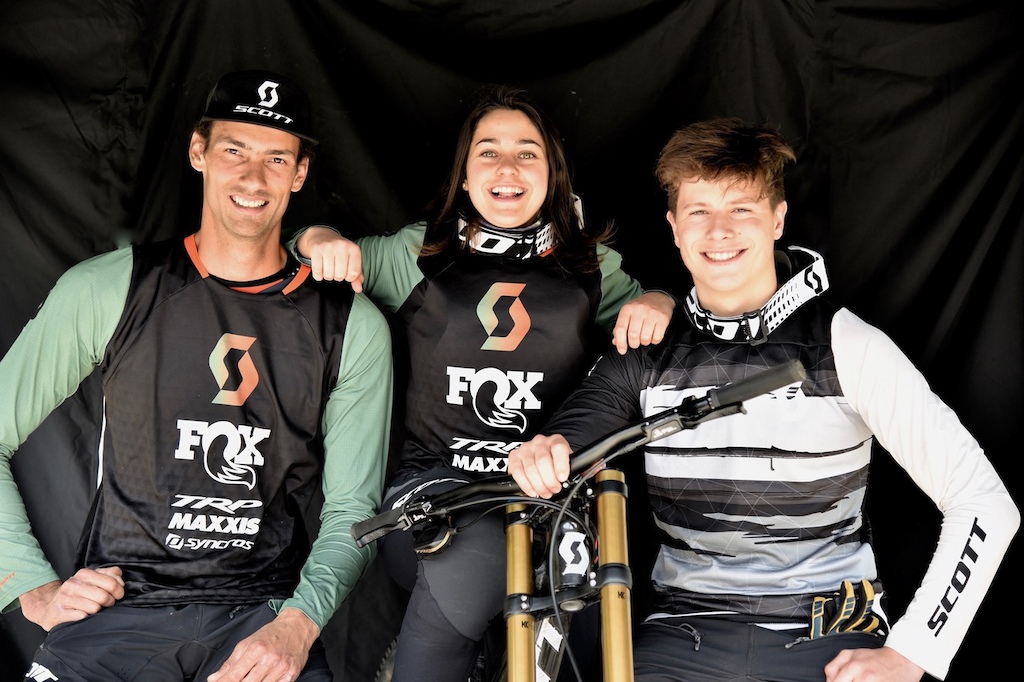 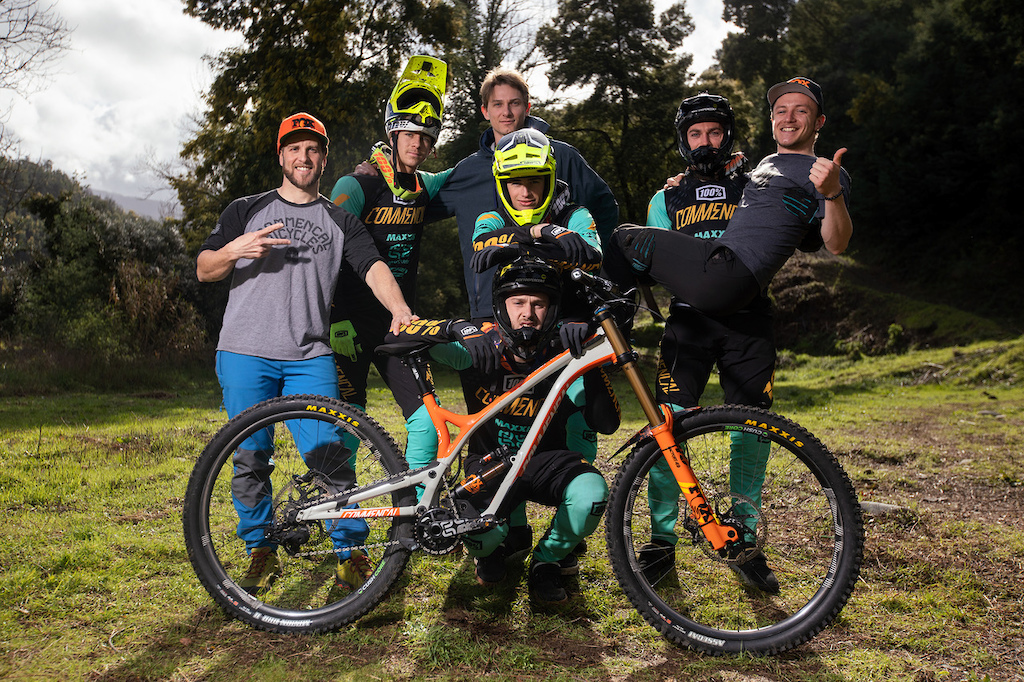 TRP welcomes a broad group of athletes to help with product testing and development. 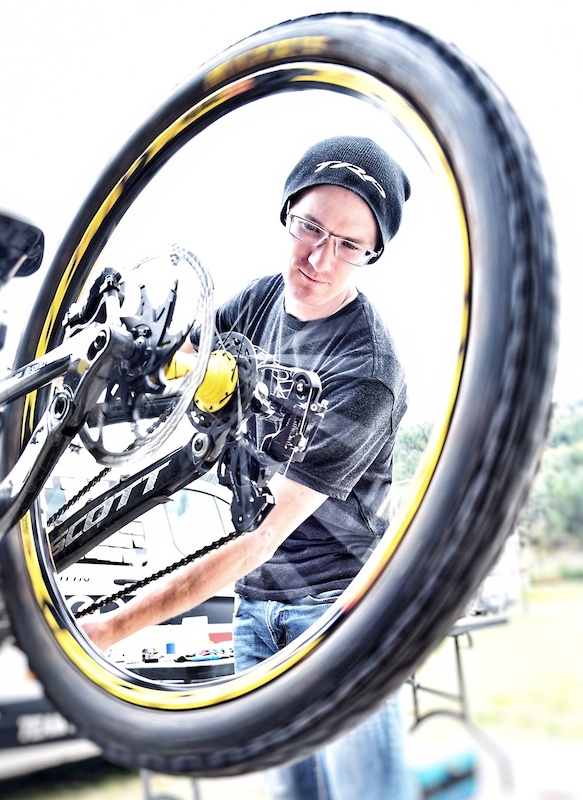 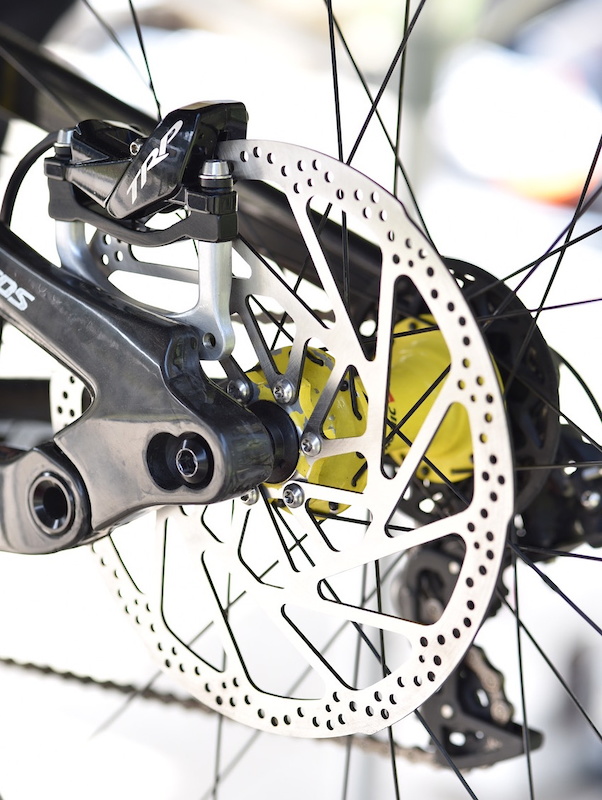 Our new TRP DH-R brake is developed around a thicker 2.3mm rotor that was originally envisioned for E-bikes (TRP’s standard rotors are 1.8mm). Positive tests by Aaron Gwin and Neko Mulally at the end of the 2018 season confirmed the benefits for DH racing. An addition for 2019 is the 223/2.3mm rotor. With the majority of our athletes using 29-inch wheeled downhill bikes, we brought the new 223/2.3mm rotor to meet the braking performance requirements of the larger wheels. The increased rotor width helps manage heat, resists deformation, while adding stiffness and strength.

We are excited to take additional steps toward the drivetrain category. The focus remains on product testing and development with a larger group of international riders. Our drivetrain products remain in development, thus we cannot offer further information regarding details to specification or availability.

We wish all the athletes an exciting and successful race season.

Stay tuned for more product updates throughout the 2019 season.

mph51 (Apr 25, 2019 at 14:26)
Does anyone think 2.3 would be overkill for aggressive trail riding or free ride? I wonder if its benefits could be noticed outside of racing.

vinay (Apr 25, 2019 at 15:35)
Nah, I think 2.3mm thick would be nice for everyone. Pro athletes may ride faster, but end consumers can still be demanding on their brakes. Either by dragging way longer, being heavier, crashing them against things... Plus of course for the end consumer the extra weight of the thicker rotor is irrelevant, so there are reasons to do it and little reason not to. There are already products for the aftermarket weight weenies. Typically cleaning products as at the end of the day, the dirt you pick up ads a multitude of the additional weight of the rotor.

zyoungson (Apr 25, 2019 at 18:06) (Below Threshold)
@vinay: Shimano manage heat with aluminium sandwiched inside the rotors and it makes them lighter at the same time. 'just throw extra material at it' is not a good way to engineer bikes. I think 2.3mm and bigger discs is jst a crutch for thier average brakes.

mnorris122 (May 1, 2019 at 16:18)
@zyoungson: And shimano's Al core rotors bend very easily, are hard to true back and don't hold it for long. Gimme whatever thickness it takes for me to hardly ever have to true my rotors.

mikelee (Apr 25, 2019 at 22:53)
I had to use a 223 rotor for the front with my hope v4 due to lack of power. I’m now using sram codes and 180 front and rear and they’re better than the hopes for power and modulation. Shame as I did like the hopes. But the code is truly outstanding.

mikelee (Apr 26, 2019 at 3:47)
@markhouse: Na bled just fine. Solid lever and centralised caliper and pads. They’re just not that powerful. Great brakes but just lack power for me. It’s probably due to have a 16/14mm piston size,which is the same as sram guides. Codes have 15/16mm pistons hence the power increase. Also hopes master cylinder piston is 10.5mm as opposed to 10mm on the SRAMs. Still did like the hopes but I like more power from the front especially. Codes are just right. Glad you’re happy with your hopes though.

zyoungson (Apr 26, 2019 at 5:30)
@mikelee: you can re shape the levers on hope brakes to get right out on the end of the them, and bend them slightly to get them straighter. Have tried various brakes from sram/shimano/avid over the years including saints, v4s are by far the best brake i have come across. Was on codes for a while but they can only generate so much power before the lever comes in to the bar, where the hopes have better power from the start and have way more in them when you really need to stop. Also you can use a longer screw to get more bite point adjustment. The hopes are amazing brakes but i think held back by the lever design, and possibly the discs as they are hard as shit and almost impossible to get metallic pads bedded in properly from my experience.

mikelee (Apr 26, 2019 at 11:20)
@zyoungson: have no problems with either brake hitting the bars!! Both are solid and both work very well. The reasons hopes are weaker is because they have smaller pistons. It’s impossible for hopes to have more power than a Saint or a code as the pistons are smaller in the caliper and larger in the lever. I’m not sure you understand how a brake generates its power. You can read any review on the v4 and they all say the same. That they lack power for a dh brake. I even emailed hope to ask if they’re going to up the power on a new brake and they said no and agreed that the code and Saint are more powerful. The v4 caliper was designed in 2013 and even back then reviews said it lacked out right power. But for an all round brake they’re very good,just lacking for me is all.

zyoungson (Apr 26, 2019 at 12:47)
@mikelee: I think you will find piston size is not everything when it comes to brakes, caliper stiffness, leverage at the master cyl and pad size & compound all come in to play all of which are by far better on the hope brakes. Have tried almost everything over the years and while saints have more outright power the hopes are not far off if you set them up properly. Codes on the other hand make some interesting noises when you really get on them which is more than likely the caliper flexing open & evidenced by a funky wear angle on the pads. all depends how you set them up and how you use them but sram by comparison brakes are definitely plastic junk. Cheerio!

mikelee (Apr 26, 2019 at 13:07)
@zyoungson: I literally just sold the hopes as they’re not powerful enough for ME! Maybe I’m faster,heavier,brake later etc but there is no way they’re more powerful than a code or Saint EVERY review says the same thing. Even the group test on singletrack that was carried out in hopes own facility with dynos as proof pmsl. They’re essentially a sram guide and that’s what the tests deduced too. Glad you like yours but you won’t convince me or hope that they’re better haha

DrPete (Apr 26, 2019 at 20:15)
I’m with you. Hopes are nice but damn, the Code RSC beats the V4 for lever feel and modulation (and the V4 was no slouch for modulation) and feels slightly stronger in terms of absolute power.

mikelee (Apr 26, 2019 at 22:08)
@DrPete: exactly,if hopes modernised their brakes to match the latest in terms of power they’d clean up. Loving the code rsc too. Very well built and perfect power.

ocnlogan (Apr 25, 2019 at 16:24)
The question though, is will they release a different line of brakes to use these thicker, and larger rotors? And does anyone make an adapter for 223mm?

Wonder if we'll see a 2.3mm set of Quadiems, or something similar.

doakwolf (Apr 26, 2019 at 7:19)
Not trying to be a downer but I gave TRP Slates a go (good price and reviews) but blew out a caliper seal after a few months and am told by the re-seller there are no seal kits/ caliper re-build options. Kinda bumbed about it, TRP. Yeah I could warranty it but it was an overseas re-seller so it was less hassle to just cut losses & buy a new brake from another manufacturer.

Explodo (May 1, 2019 at 12:38)
I know I'm in the minority for this crowd, but I like TRPs cable-operated discs. They're not for all situations, obviously, but they work well and they always work and require no maintenance. They're great for your hardtail that's 100% always ready to go no matter how long it's been since you did maintenance on it.

vinay (Apr 25, 2019 at 21:49)
@spaceofades: Yeah, rubbing usually won't be an issue on forks, only on frames. For forks it is just a matter of what they're certified to accept. Everything will fit (it is usually more that there is a minimum) but not all forks are certified to be strong and/or stiff enough. Then of course some brakes just apply more force than others and that's just as relevant, but it is just much harder for fork manufacturers to state as a limitation in their user manuals. I don't know about the Lyrik though. It is obviously certified to run 203mm. Maybe bigger too, I don't know.

Will that even clear the chain stays on some of these new frame designs???

fred0 (Apr 25, 2019 at 18:42)
I predict Tektro/TRP to be the the first compagnie to successfully take the third spot alongside the others two big S.