by SpecializedUK
Views: 16,287    Faves: 51    Comments: 0
Eleven years of dedication to one wheel size is something to be applauded. Traveling around the world to some of the best spots and sending tricks never seen before. That’s another. But jumping off a 20” BMX, onto a 29er and having the skill to pin those same tricks? That takes some serious balls.

We’ve hooked up with Kriss Kyle, more commonly known for his Kaleidoscope video with Red Bull, to see what he can accomplish for the 2018 season. “I thought he only rode BMX?” – well, that’s predominately what he does, but in his own words, he's always looking for the next big step. 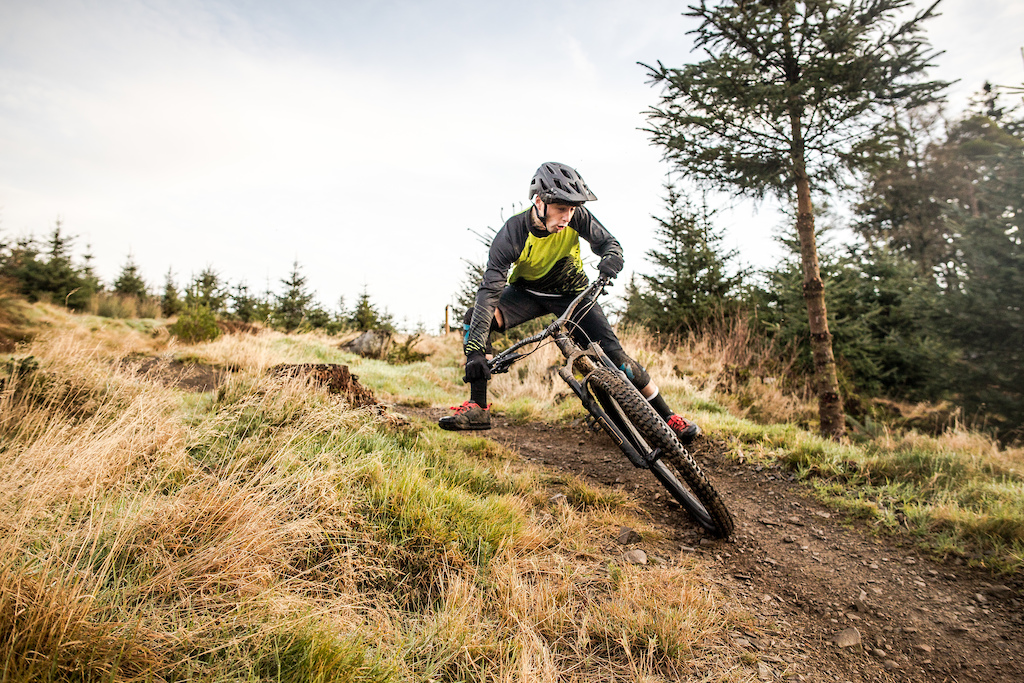 If a look could tell a thousand words...
Weirdly, we actually met Kriss on the set of the new Tomb Raider film where he was a stuntman for Alicia Vikander. Georgia, who works in our MTB department, was dropping off a few bikes for the cast to ride around set, and who does she sit down next to for lunch? You guessed it. None other than the burly Scot himself. “Understandably, it was pretty strange. I didn’t believe why he was there. Firstly – he’s a he. There’s no getting around that, and secondly, he’s covered head-to-toe in tattoos.”

“I used to sit in makeup for three hours every morning to make me look like her,” Kriss un-ashamedly chuckles to himself whilst he sits opposite us drinking his glass of locally brewed Scottish whisky. But no, seriously, after a long, meaningful discussion of how he's always wanted to try and take mountain biking a bit more seriously, Kriss shot down to our UK HQ in Chessington and had a look round. The rest is history. 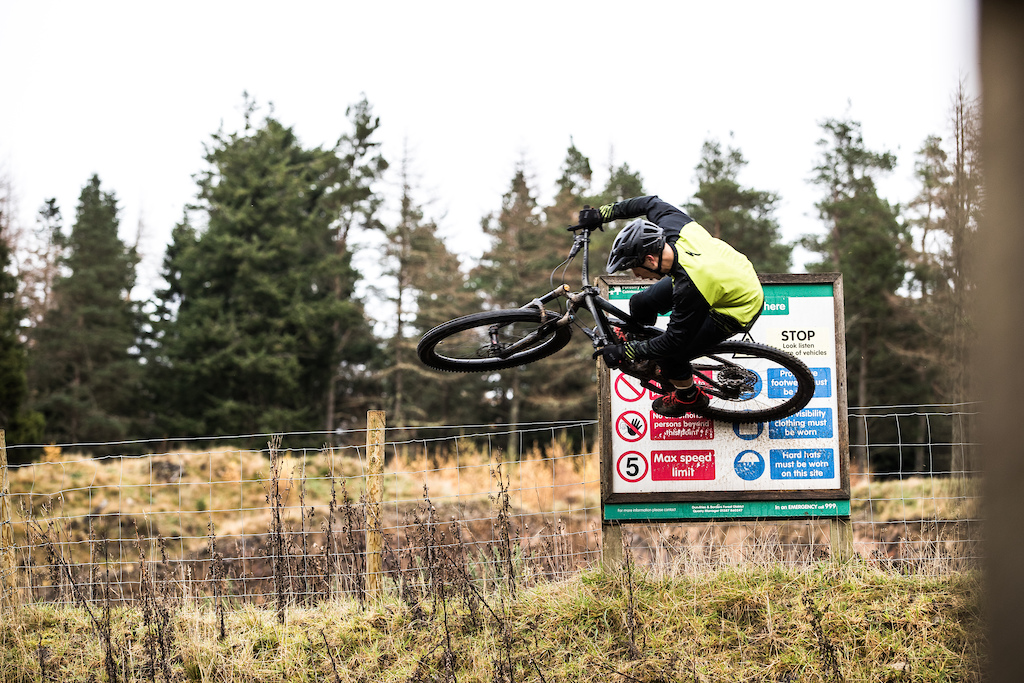 What many people seem to forget is the fact that this level of success doesn't happen overnight. Sponsors from Red Bull, Nike and BSD don't come easily, and he's had to sacrifice a lot to be where he is. "There's also giving back to the community to take into account. You can't be in the spotlight and become an arrogant dick. I've seen riders just ignore kids that come up and ask for their autograph. It's disrespectful. You've gotta remember you were once their age looking up to older guys in the skatepark." 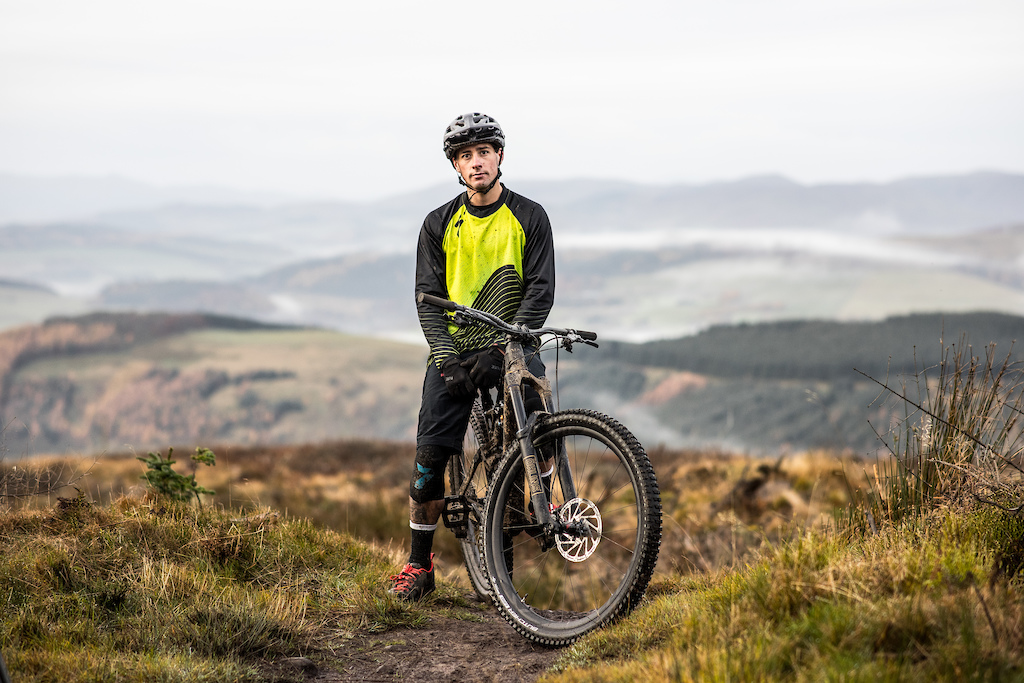 Watch out for more mountain related goodness from Kriss early next year. “I reckon I could’ve backflipped that into a manual” – if that doesn’t spell a feature-length sequel, nothing does.

cunning-linguist (Dec 4, 2017 at 5:39)
More BMXers converting to the dark side! Harry Main is loving it too, just good to see people finding new ways to enjoy two wheels!

nyhc00 (Dec 4, 2017 at 5:54)
Thanks to Instagram there’s clips of other pro bmxers hopping on mtb’s lately. Sergio Layos, Jason Phelan, Rooftop, etc. The future looks good with that type of influence coming out the the trails.

slimboyjim (Dec 4, 2017 at 6:05)
Harry Main is definately a guilty pleasure of mine. I should think he's an idiot who has a massive lack of riding ability (outside of an incredible jumping talent), but actually I really like him. He translates the way Mtb makes you feel like a hero whatever your level so well...

Voreis (Dec 4, 2017 at 7:35)
This is what I've been dreaming about for years! More influence, More style and more creativity will come as more pro BMXer's flood in. Stoked to see MTB Jibbin on the rise!! I bet there is a few DH world cup shredders that will come from this too!! Cant wait!!

cunning-linguist (Dec 4, 2017 at 13:36)
@Voreis: fack yeeeeehhhh free accommodation & food if you ever wanna head over dude, it would be an honour!

JamesOliver (Dec 4, 2017 at 12:12)
On Instagram he posted a clip where he jumped onto a picnic bench in the carpark, did a nose manual across the top of it and off the other side. Shame they didn't add it to the edit because it was better than a lot of the footage they used.

smithfeeble (Dec 5, 2017 at 12:58)
Thought it was gonna be a banger! But the guy looks like he's never rode a mountain bike before - awkward body position, zero style and nerve racking cornering skills...

To be honest though, he was the perfect level for 80% of the spesh market to be 'stoked'

adrennan (Dec 4, 2017 at 9:21)
while there talent is impressive on bmx, you have to think about how much bigger the fmb tour is. the jumps are huge and numerous bmxers turned mountain bikers have acknowledged that

If you're an editor, please don't do that! It makes it look like you're covering up for poor riding (which is not the case here).