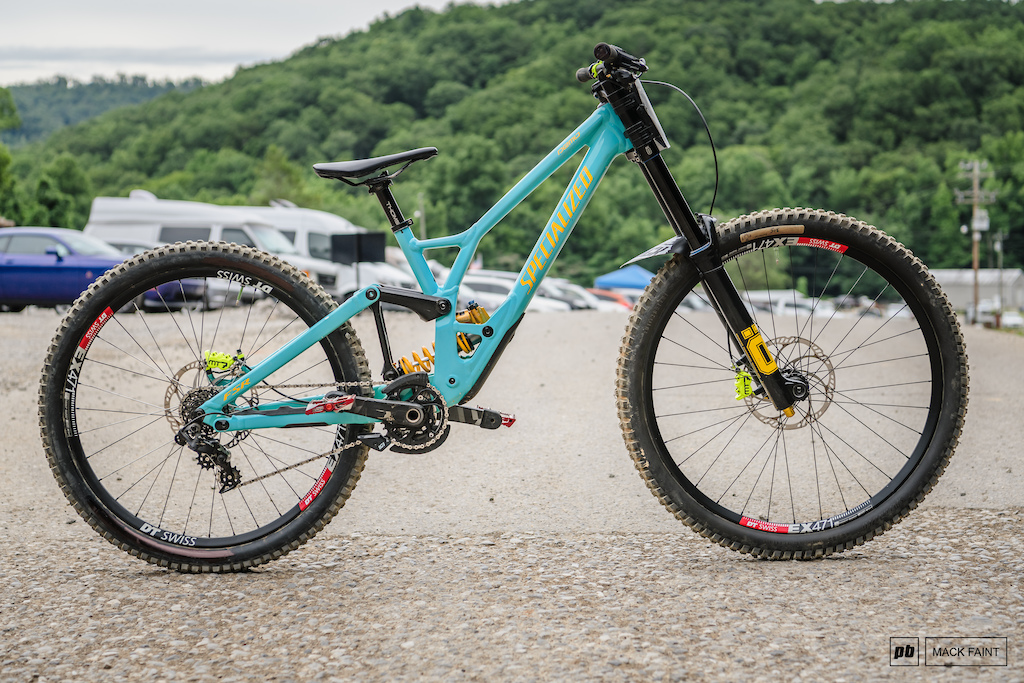 After becoming the 15-16 US Downhill National Champion for two years running, Christopher Grice joined Loic Bruni and Finn Iles on the Specialized Gravity Team for what would have been his first year racing in elites. With World Cup racing on hold, Christopher has been getting some extra training time in and finished with an impressive fourth place in the elite race.

Rider Name Chris Grice // Specialized Gravity Team
Instagram: @christopher_grice
The 17 year old from Asheville, NC is riding the Specialized Demo for 2020 with a whole host of top level componenetry. Christopher's race bike for 2020 features Ohlins suspension front and rear, with a 388lb spring. For tire pressures, Christopher is running 21 psi up front and 24 psi in the rear, although he says that he sin't too picky about bike setup and just prefers to ride rather than focus on the details. We'll see how long that lasts when the Specialized Gravity team start strapping their telemtry to his frame as World Cup racing begins again. 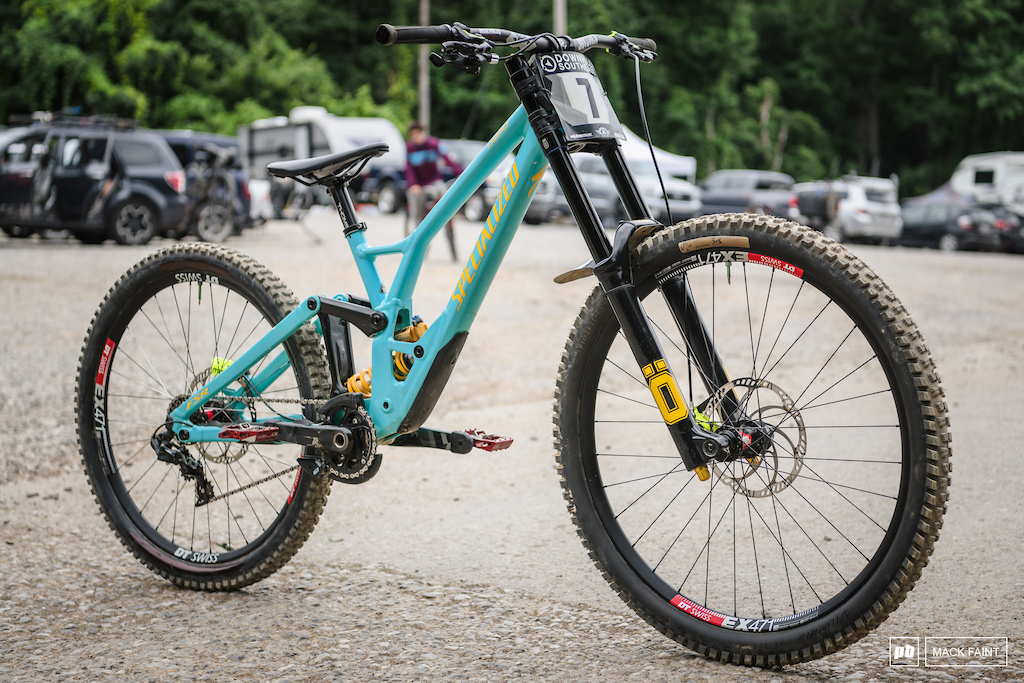 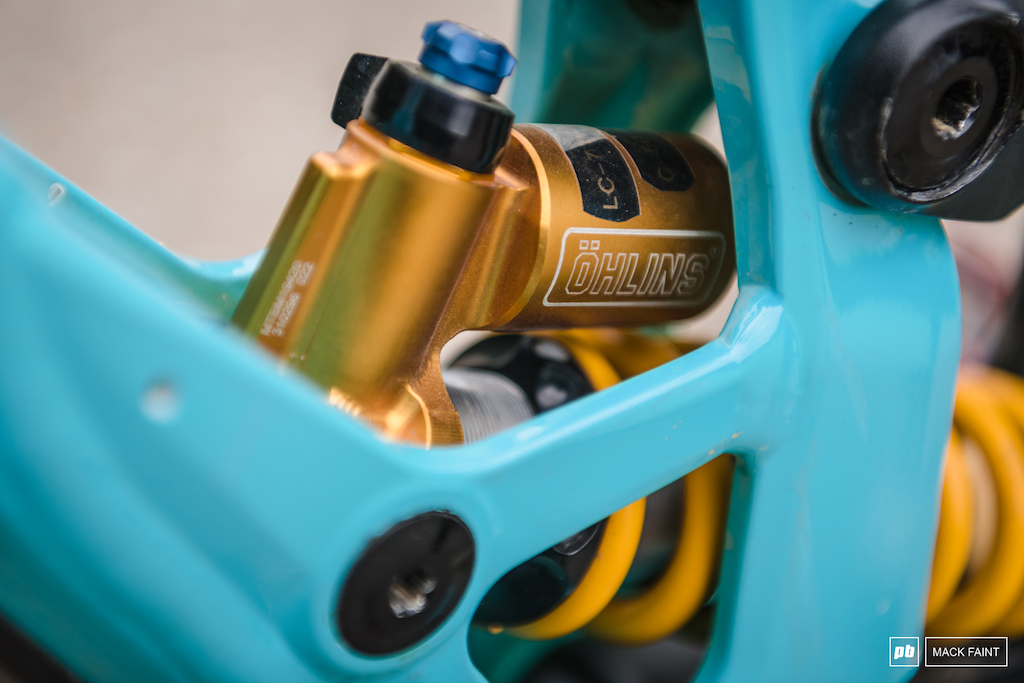 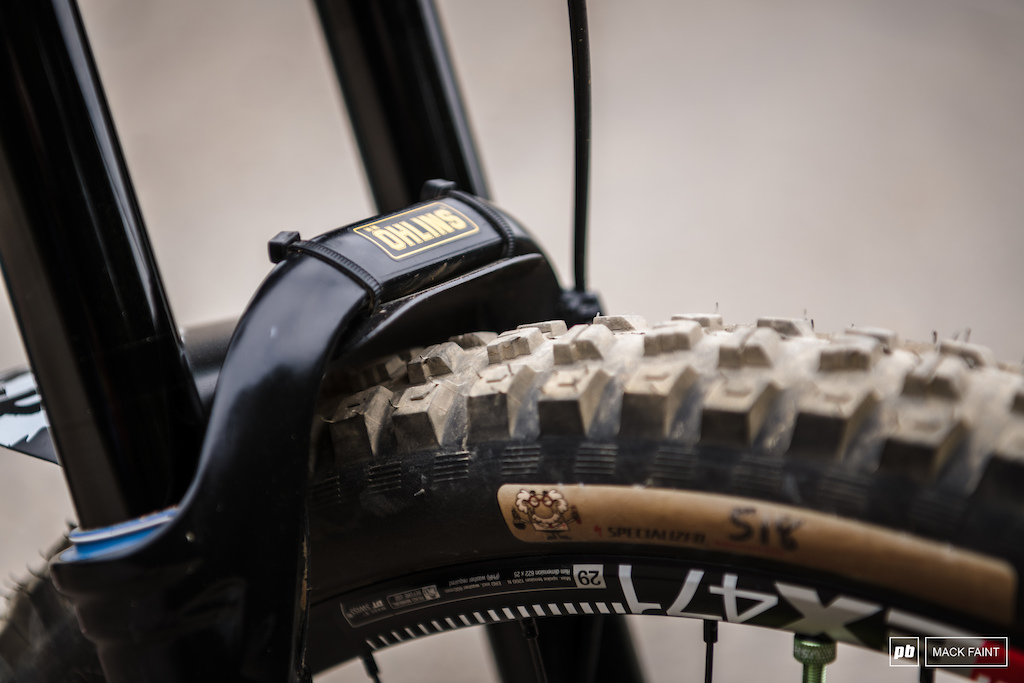 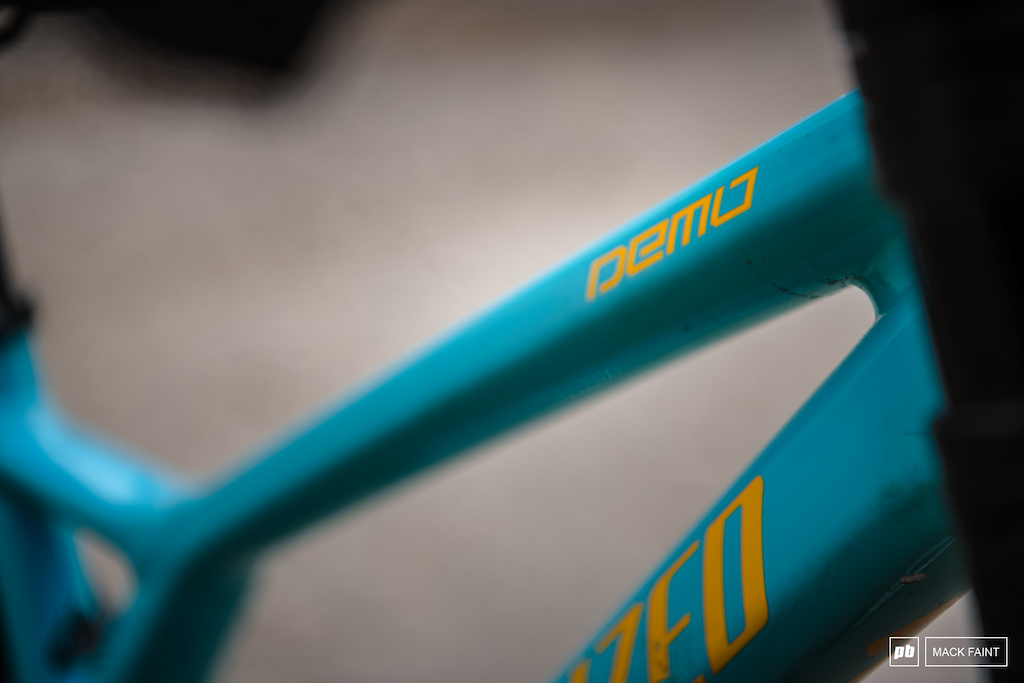 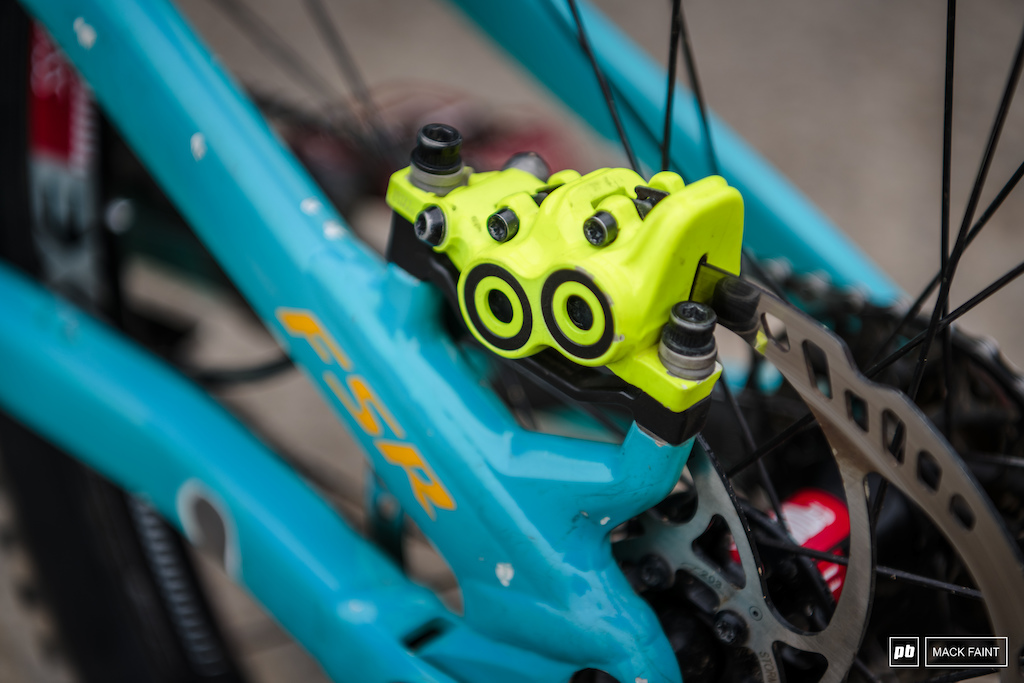 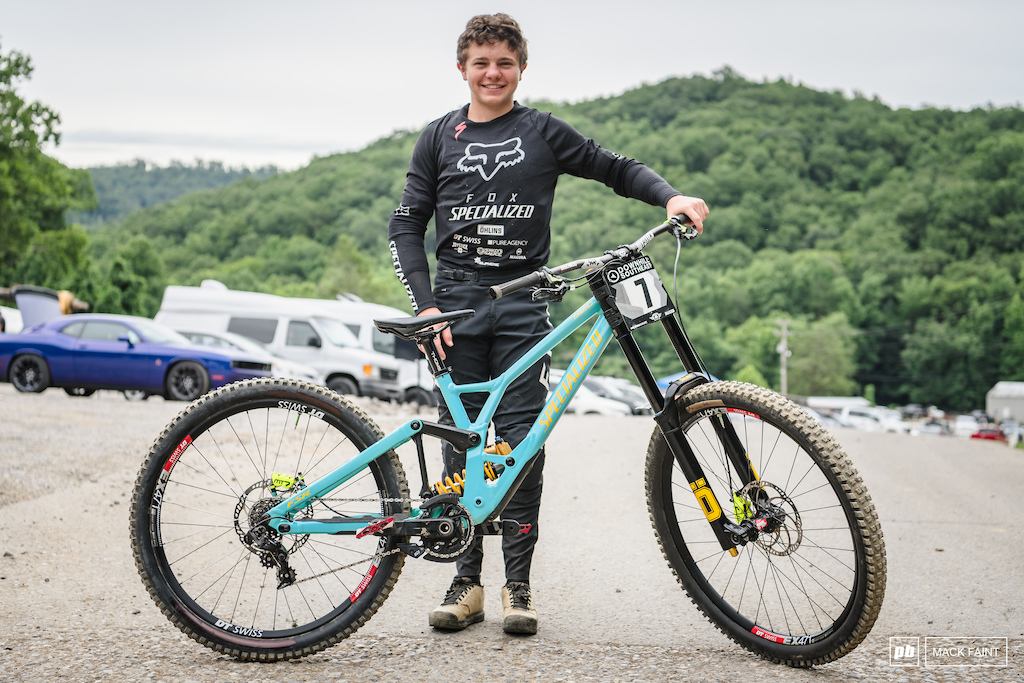 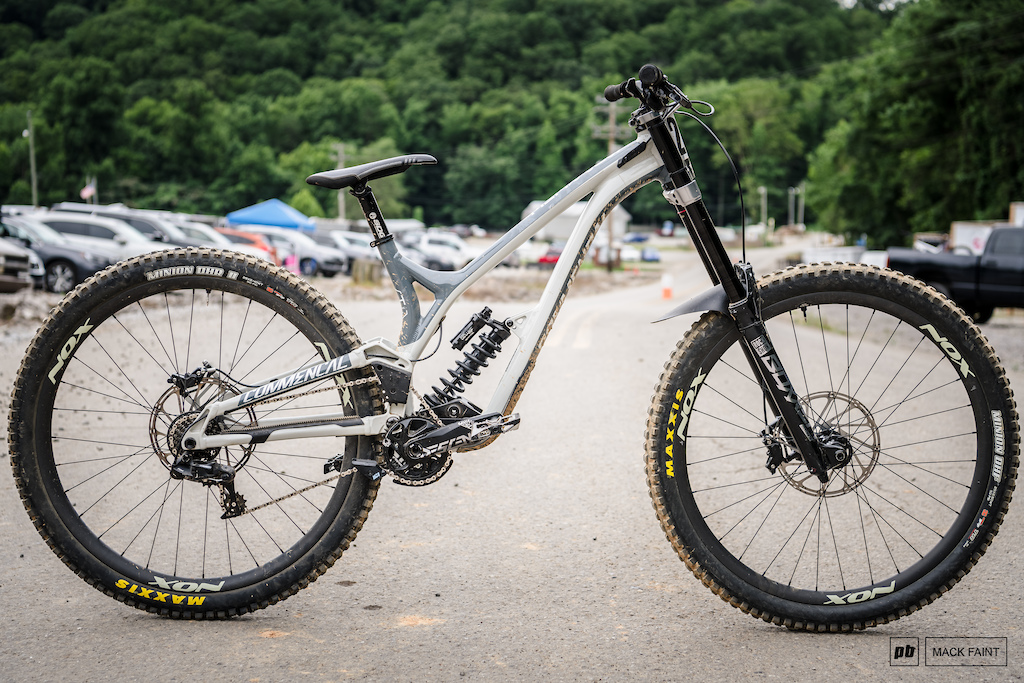 Although we have yet to see much racing this year, Frida Rønning already has a couple of wins under her belt with back to back DHSE victories at Windrock.

Rider Name Frida Rønning
Instagram: @frida9
For 2020, the Norweigan rider is rocking a Commencal Supreme with Rockshox providing the suspension duties front and rear. So far she has found the bike to be extremely stable through rough terrain and at high speeds, more so than other bikes she has ridden. Frida is also running a coil out back using a 450lbs spring, she's paired this with 118 psi in her Rockshox Boxxer. For tires she has opted for the classic combo of a Maxxis Minion DHF on the front and a DHRII for the rear, these are running on Factor Components hubs, laced to NOX rims that she chooses for their apparent durability. 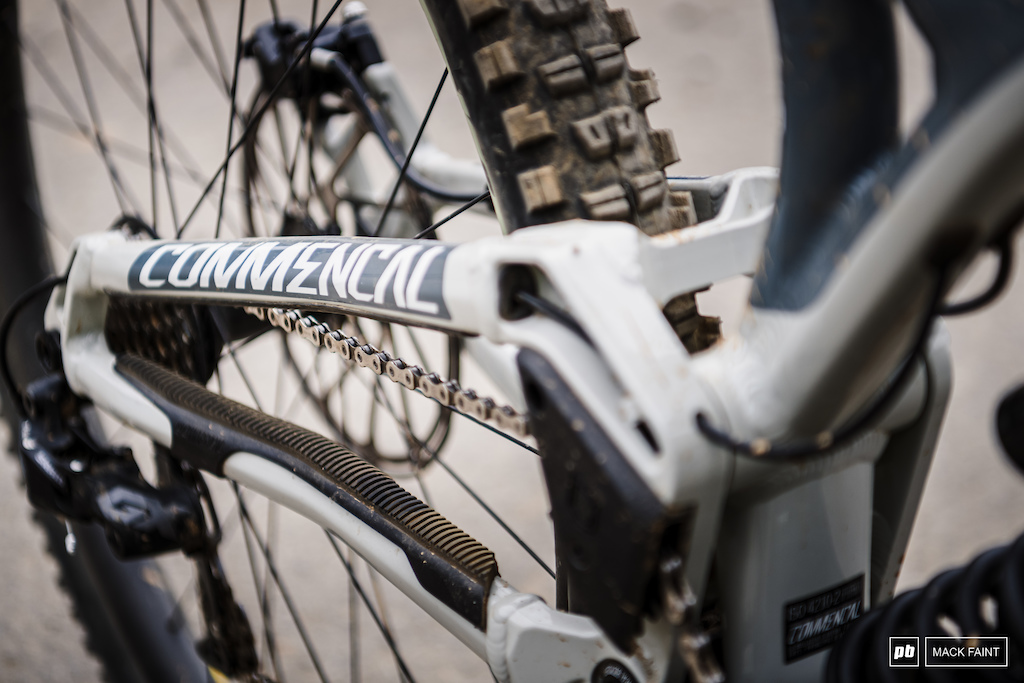 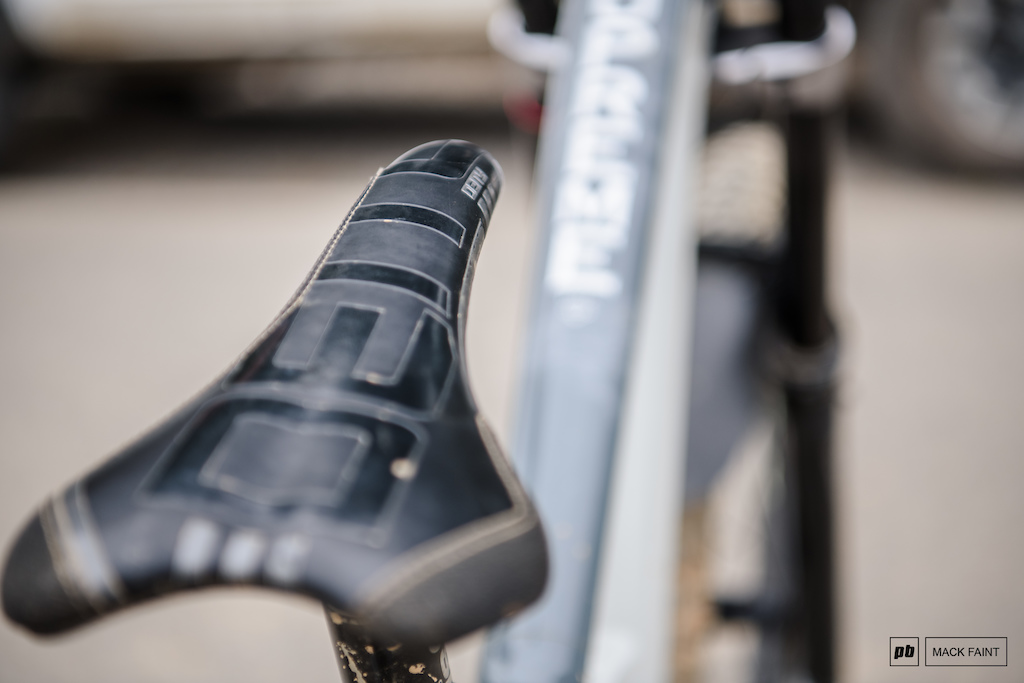 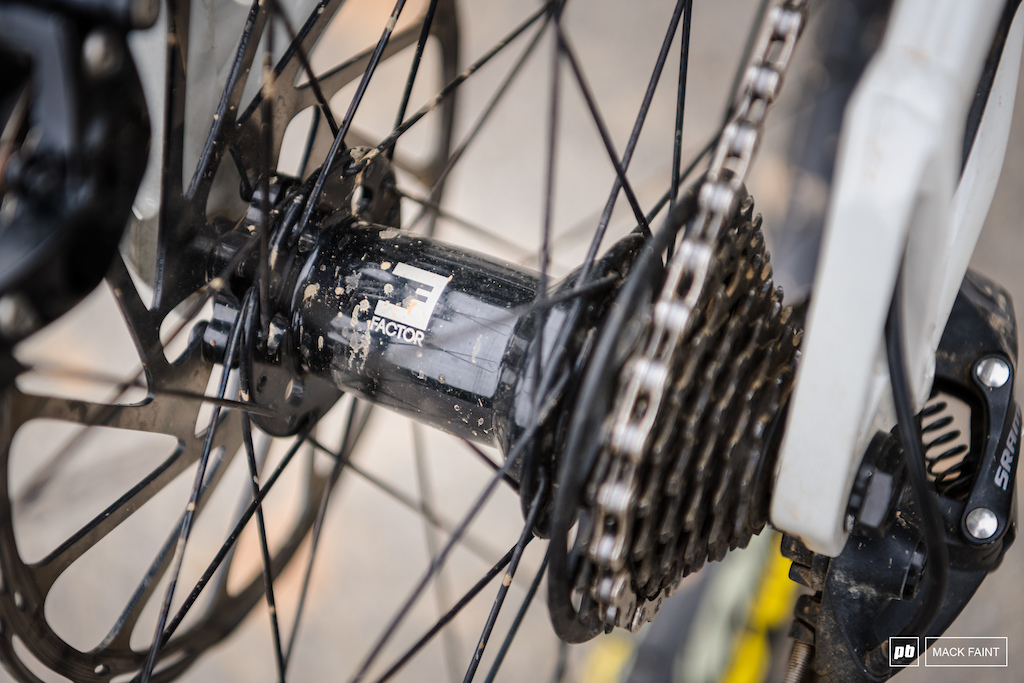 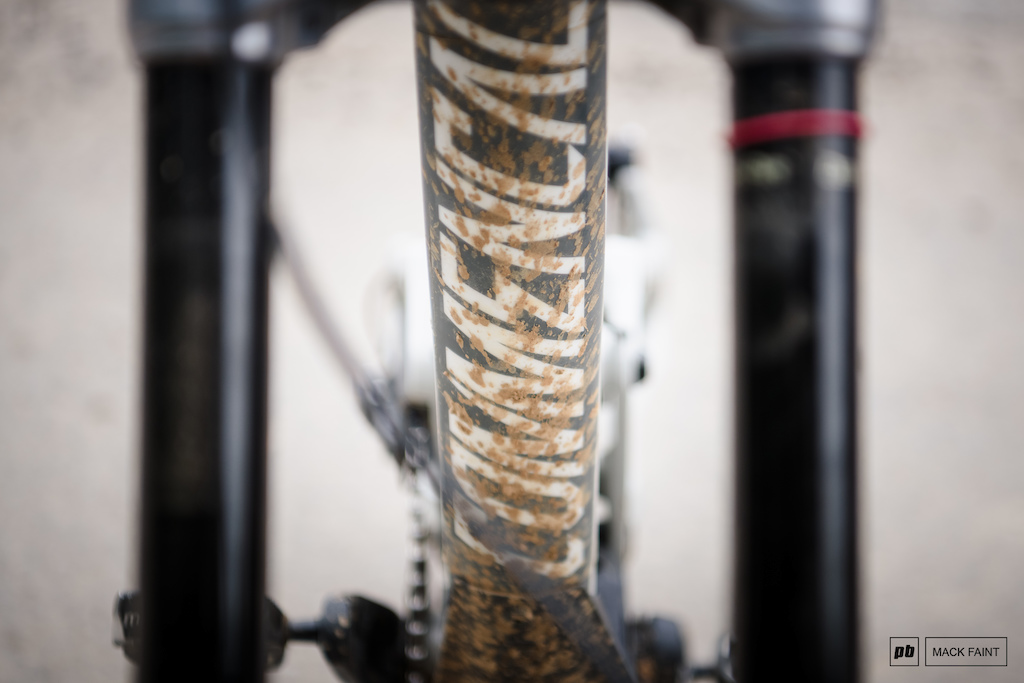 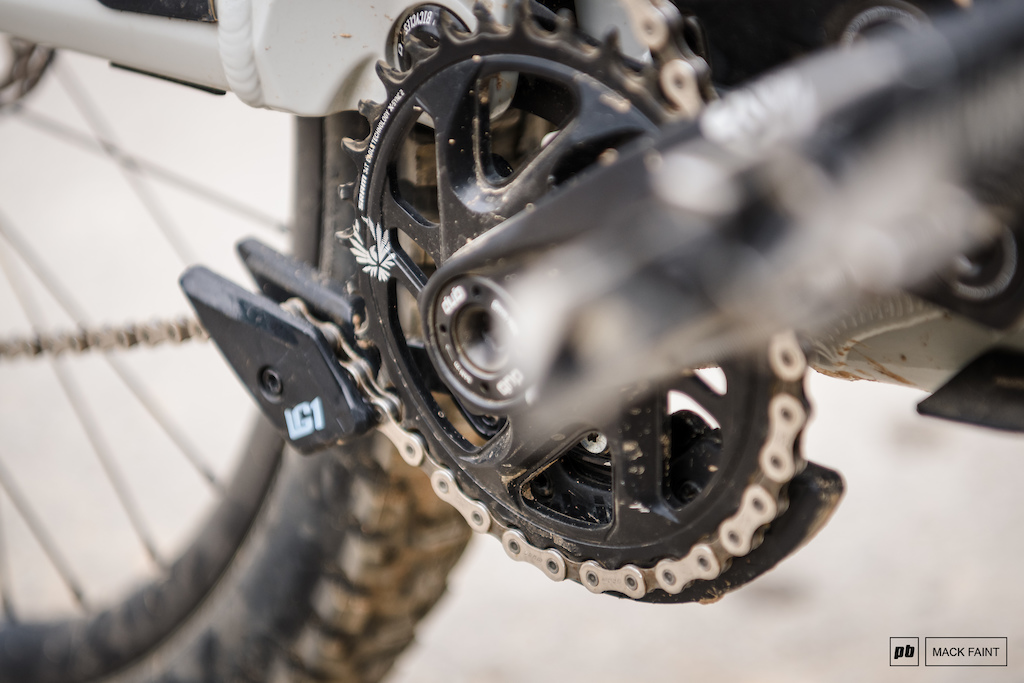 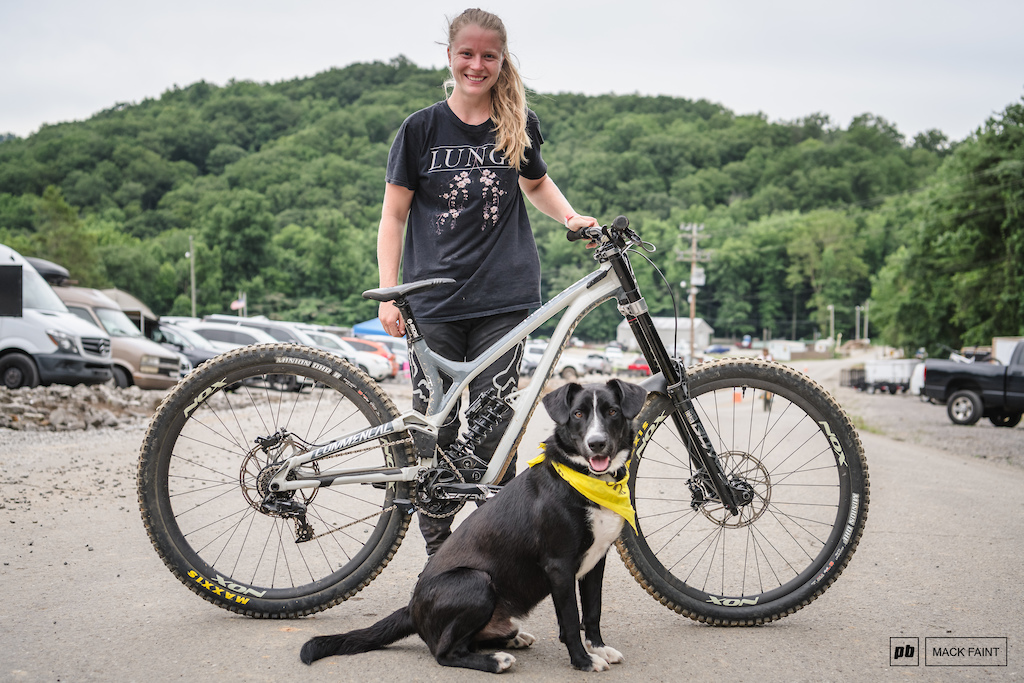 just6979 (Jul 20, 2020 at 9:00)
"he says that he sin't too picky about bike setup and just prefers to ride rather than focus on the details. We'll see how long that lasts when the Specialized Gravity team start strapping their telemtry to his frame"

That's the great thing about the telemetry. Riders can just ride, mechanics can adjust based on the numbers. A racer who doesn't focus on the details can only go so far. If you don't care about tire pressure or choice, you're going to be f*cked on a super-rocky course or when it rains. But with the data taking [some of] the judgement out of the riders' hands, even just a bit, they can go out and ride faster without having to personally focus on the details. The mechanics can deal with that, and the rider will just _know_ it's either faster, or it isn't.

Preachey (Jul 20, 2020 at 18:45)
That's a good point actually. Being happy riding 'whatever' gives more freedom to the mechanics to adjust things. Super picky riders who know _exactly_ what they like could actually be at a disadvantage in professional racing, because a greater sense of 'this feels weird' when making changes to what they're used to might negatively impact performance on objectively faster data-driven setups.

thenotoriousmic (Jul 21, 2020 at 14:46)
@Preachey: mate how’s a mechanic going to tune a bike they’ve never ridden for someone who isn’t them? He’ll learn when it’s down to fractions of a second but he’s young and it should be all about having fun.

Did you forget your own f*cking question? The mechanic does the setup, based on the data analysis. Since the rider "sin't too picky about bike setup and just prefers to ride rather than focus on the details", that's the perfect dynamic.

2) Glad I am not the only one who is amazed at how durable Nox rims seem to be. Going on 5 years and many, many hard hits on the first set of 29er AM rims (back when they were still called that). Other than a very minor trueing job once a season, they have given precisely zero f*cks no matter what happens to them.

chadtague1 (Jul 20, 2020 at 8:25)
Interesting that Grice's Demo is running DT Swiss enduro rims instead of the DH. I also run those rims on my DH bike but it was because I got them cheap....

grizzlyatom (Jul 20, 2020 at 9:10)
Spesh probably runs them for the same reasons you run them. For light riders these rims are enough to handle DH duties for a few race runs. They are also reliable, compliant, cheap, and disposable. The same can be said for the DH-rated DT wheels. I've seen the piles of destroyed rims the big S accumulate after a World Cup weekend. They only need one solid run out of them, and that's about what the Elite riders get. Just like tires in moto GP or many other motorsport disciplines, controlled use-cycles are just race economics. I think the disposable nature of some parts on the WC circuit would surprise most people.

grizzlyatom (Jul 20, 2020 at 10:37)
@Ryan2949: Bruni, like most pros, probably goes through 20+ rims per year, just from race weekends (not counting training). I'm not a WC mechanic and I'm not saying these alloy wheels are bad or that they blow up catastrophically. However, I have it on very good authority that this is the norm in the WC: alloy wheels simply get dented to hell and don't hold air after a few runs under these extremely fast riders, whether they're running tire inserts or not. PB should do an exposé on what happens to all the alloy rims that get thrashed during a WC weekend.

Jimmy0 (Jul 21, 2020 at 1:41)
@saladdodger: would make an interesting read if someone went through each team's post race garbage. Prizes for most rims, tires, brake pads, and beer cans

secondtimeuser (Jul 20, 2020 at 11:59)
Would be interesting to know exactly how long he's had that Demo frame for given how bad the heel rub is on the chain stay.

Hanging with Chris G back when he was just a grom, but a hella fast grom even back then.

blowmyfuse (Jul 21, 2020 at 9:49)
@OCSunDevil: Yeah, when I was able to upgrade to those, i was so thrilled. We had cantilevers and then V-brakes for a short time, which still felt amazing coming from canti's.
Rumor was that if you had a thin rim, the hydraulic rim brakes would crush the rim. Never found anybody that ever happened to, but it added to the mystique.
You also had to have a Bullet Brothers brake arch booster to run them otherwise when you squeezed them, they just flexed the crap out of the fork arch. Man...people have no clue about the "technology" we risked our lives on for the sake of DH

OCSunDevil (Jul 21, 2020 at 11:57)
@blowmyfuse: That's awesome, it's amazing how far we've come. Thanks for being a guinea pig so I can have brakes that work. I love watching the old Kranked movies and seeing the bikes that those guys were using. crazy what they (and you) were using back in the day.

blowmyfuse (Jul 21, 2020 at 12:05)
@OCSunDevil: Yep. And when Hayes came along and made the first legit real deal mountain bike brake and you could stop immediately???
Everybody under the age of 45 I think has no idea what that was like. We went from wet rim brakes and 2 finger braking having to squish some water out of them before sort of slowing you down to all of a sudden coming to a full and complete stop with 1 finger. It was wizardry and magic.

karl-huckingbikes (Jul 20, 2020 at 2:33)
Was hopeing for more bikes but if they are the only couole racing should be a good race for an hour lol

karl-huckingbikes (Jul 20, 2020 at 2:57)
Was hopeing for more bikes but if they are the only couple racing should be a good race for an hour lol