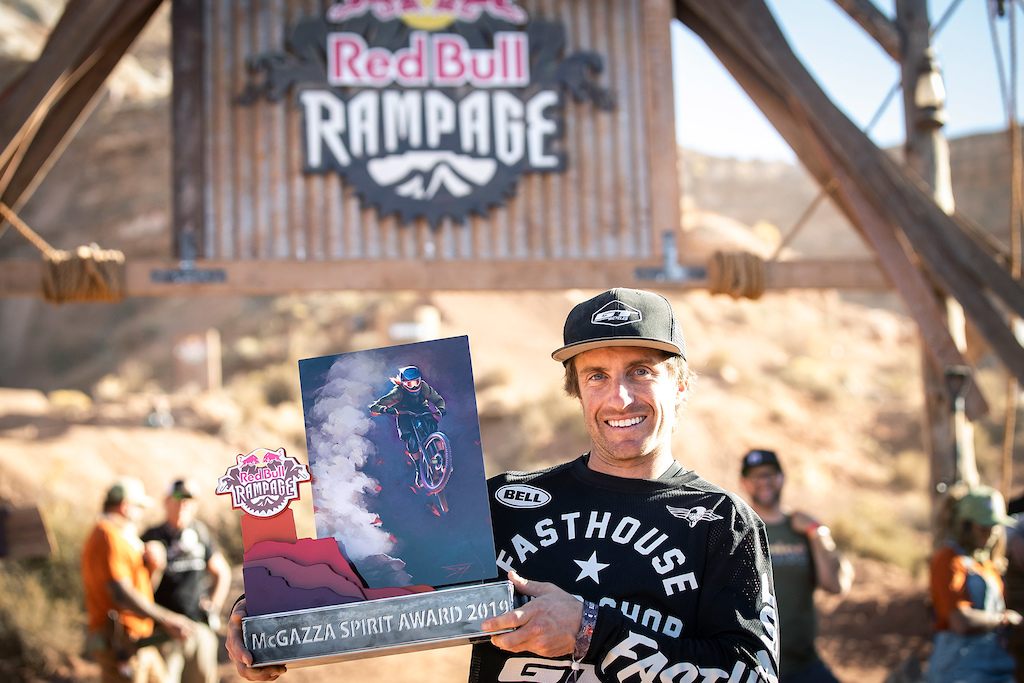 First presented in 2016, the Kelly McGarry Spirit Award was created to celebrate the Red Bull Rampage athlete who truly embodied Kelly’s larger-than-life personality, positivity, and perseverance. This truly community-based honour is voted on each year by the riders and diggers and in addition to a uniquely designed trophy featuring an iconic image of Kelly, the award also includes flights and accommodations for the winner to attend the annual McGazza Fest in Queenstown, New Zealand. 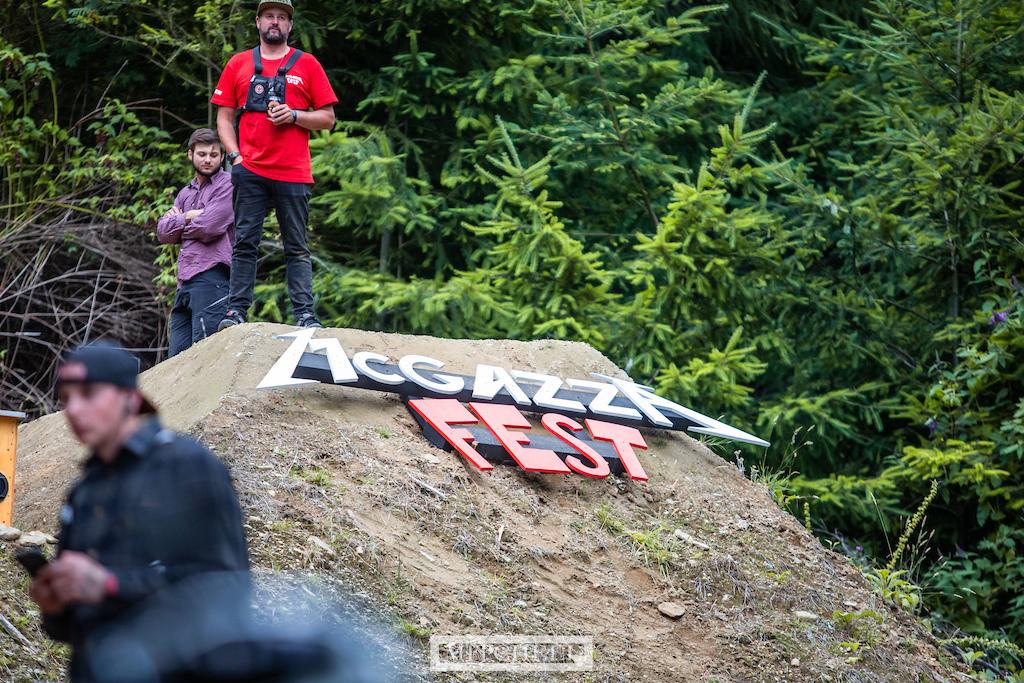 Past winners have included Conor McFarlane (2016), Pierre-Edouard Ferry (2017), and Brendan Fairclough (2018 ). This year the Kelly McGarry Spirit Award was presented to Tyler McCaul who was surprised and honoured by the win. “It means a lot to me - especially to know that this award was voted on by the riders. We're a very tight-knit community and we all try to have each other’s backs out there during the event. Tensions can be high during the dig days, but I remember Kelly always being so chill with everyone during the event and that's something I haven't forgotten.”

Tyler is looking forward to returning to McGazza Fest. “McGazza Fest 2018 was amazing – and I wouldn't expect anything less considering the number of people Kelly inspired throughout his career. The turnout was huge, and the vibe of the event can't be explained unless you were there. It was just about having a good time and riding for fun, exactly the way Kelly would've liked it. I think he'd be blown away if he could see how many people come out to honour him during the event.” 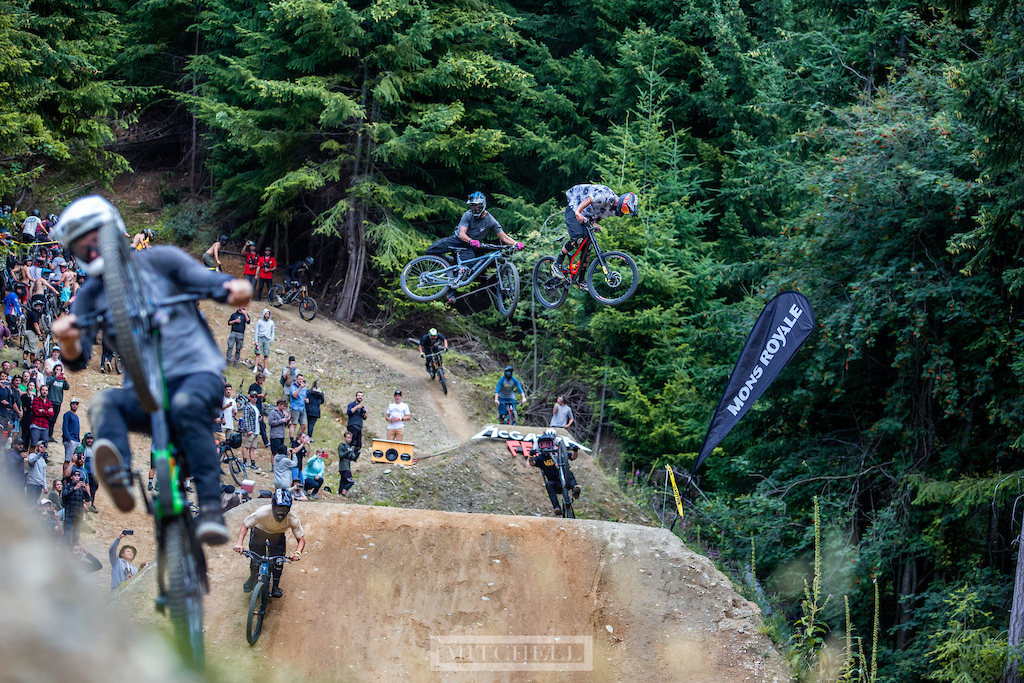 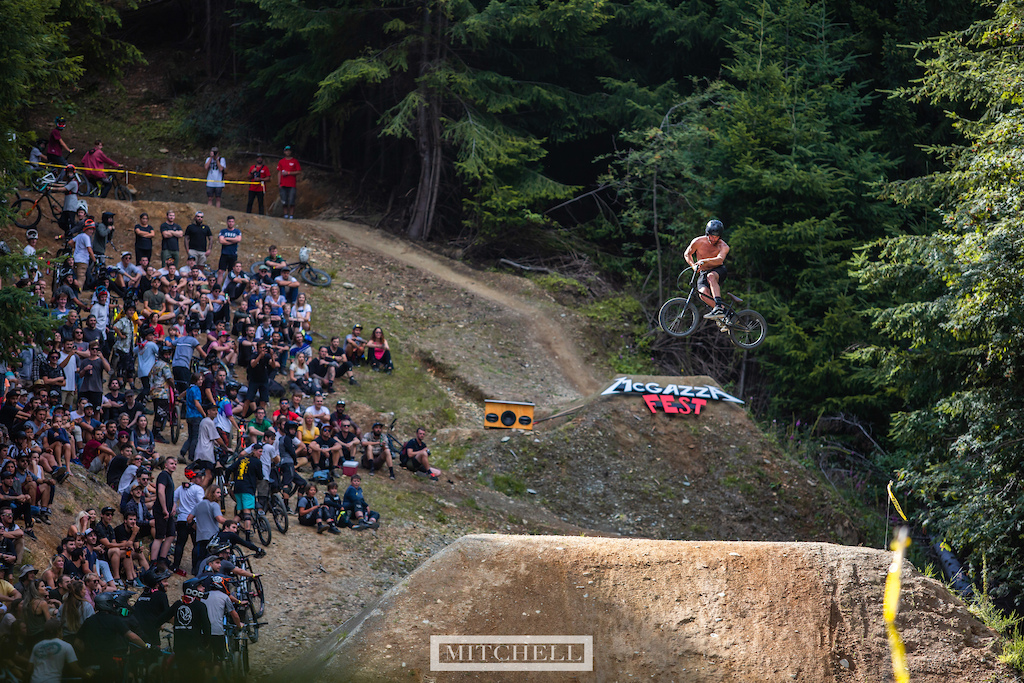 Kelly’s popularity and edits in the freeride scene helped put Queenstown on the map as a riding destination. But he was also hands-on and instrumental in building and maintaining now-popular spots like Wynward and Gorge Road. Perhaps most importantly, Kelly never missed an opportunity to tour around visitors and introduce them to all his favourite spots - McGazza Fest is a true celebration of this aspect of Kelly’s personality.

His absence continues to be felt both on his home trails and at events like Red Bull Rampage where his awe-inspiring riding and mature wisdom left their mark. “I met Kelly when I was super young and we became friends instantly,” recalls Tyler. “To be fair, I'm pretty sure Kelly became friends with everyone he met. We were both always at similar points in our careers. We started doing slopestyle comps at around the same time and travelled to a lot of the same places together during that time. We would have conversations pretty often towards the end of our slopestyle careers about how our hearts weren't fully into it anymore and how it became time to step away from it. It made it easier knowing that a fellow competitor and friend of mine was in the same place mentally as far as competing, and it made the decision to walk away from slopestyle easier. We both still loved Rampage though and were still fired up on that, although we often talked about how much it scared us. I always admired how he could weigh the risks and fears that were on his mind, but still not back down from the challenge.” 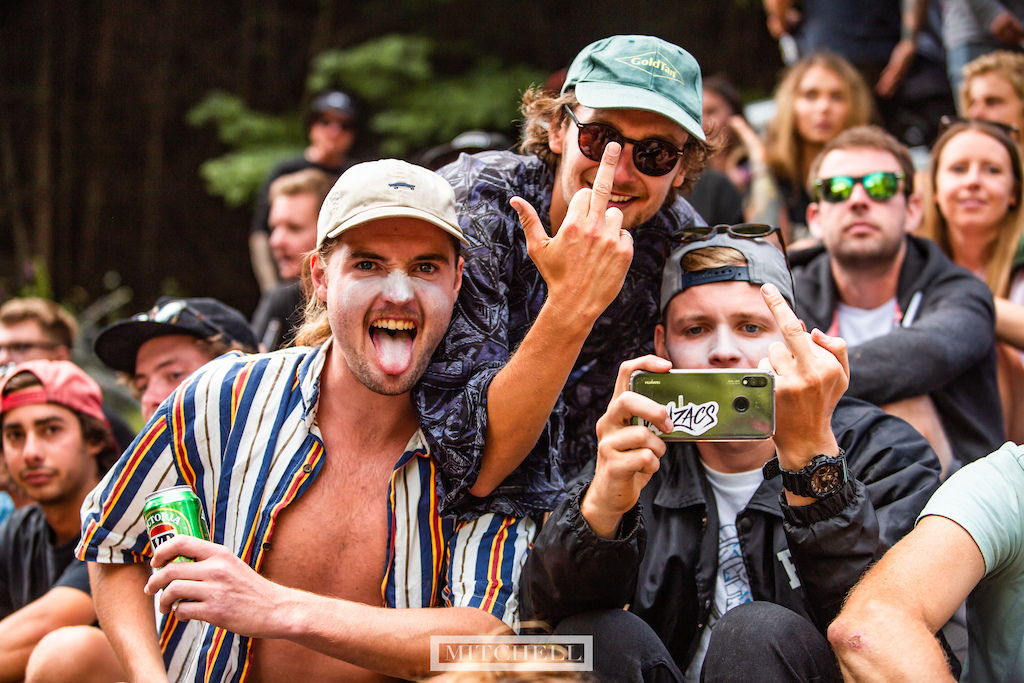 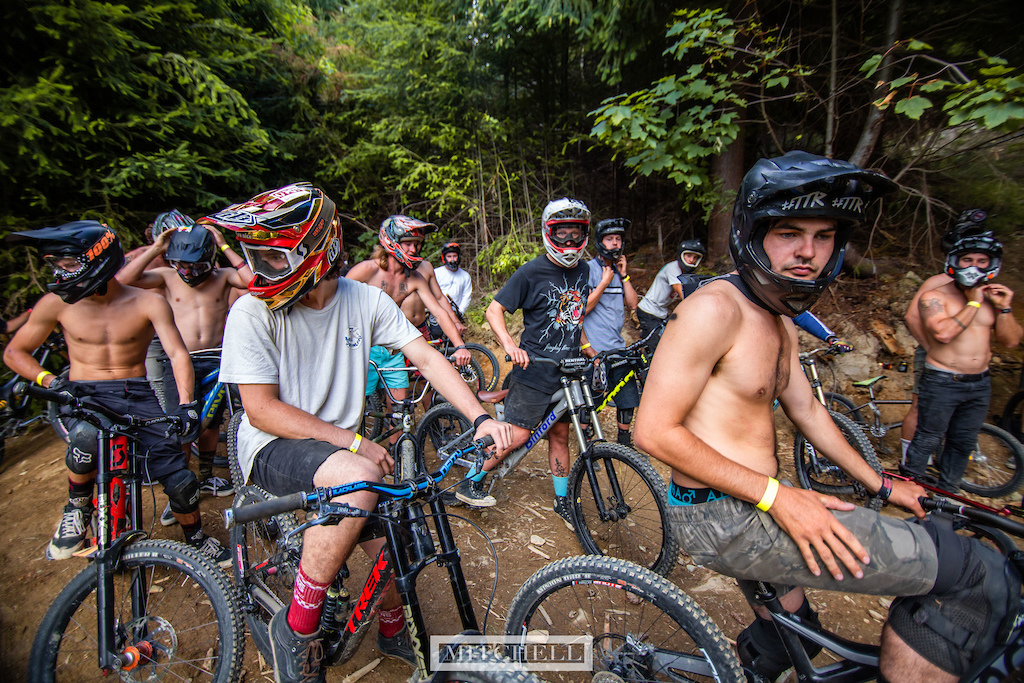 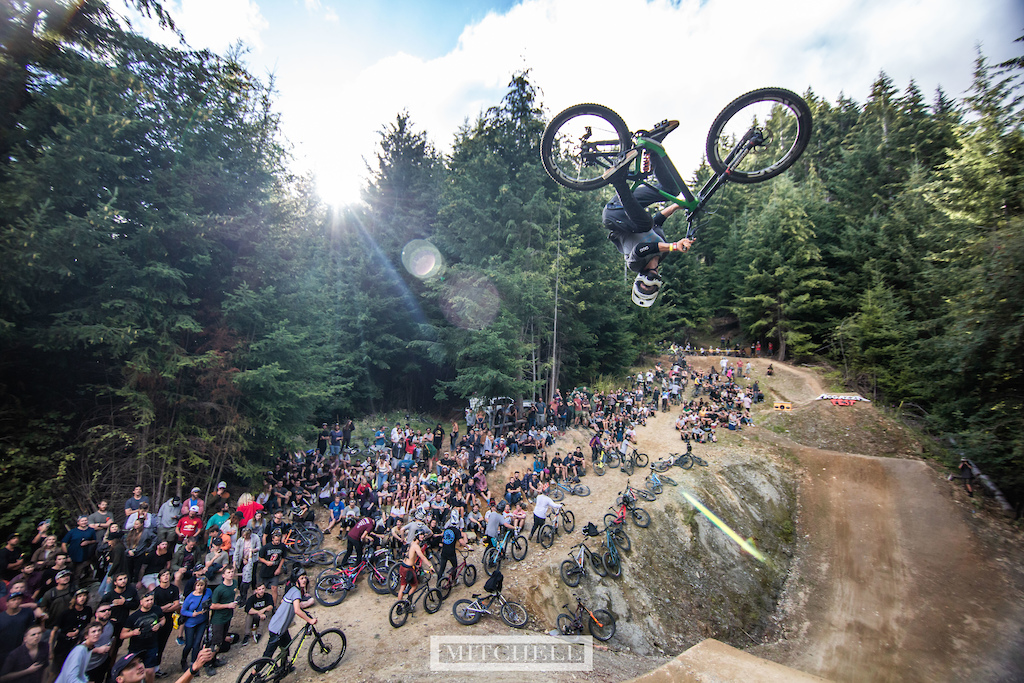 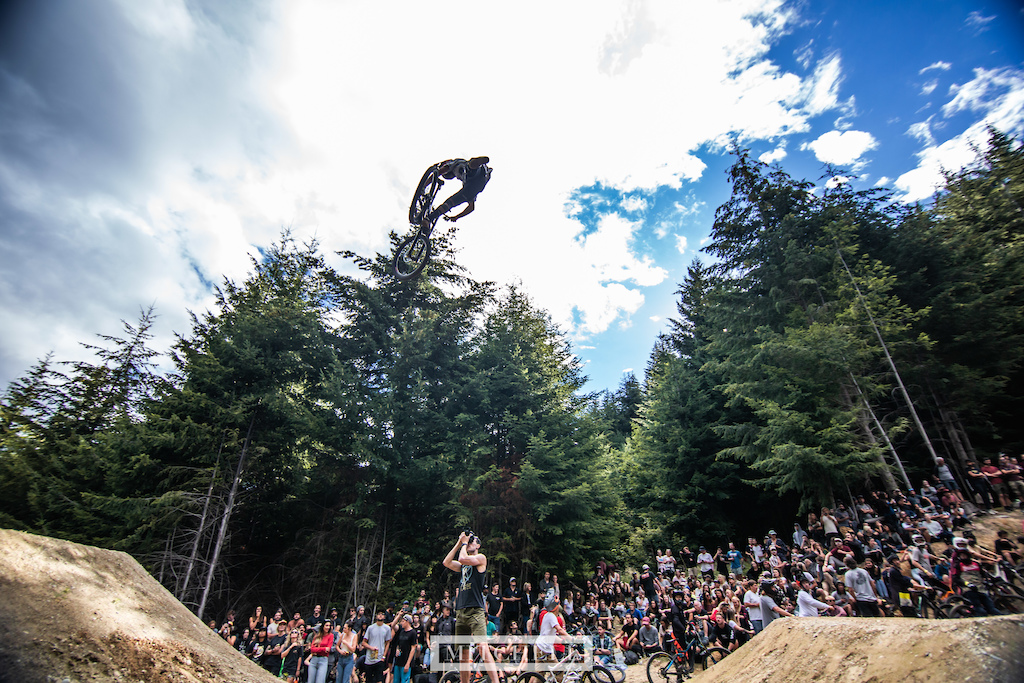 Kelly was known for freely sharing his insights and experiences with other riders which only added to his popularity. It’s no wonder that so many people join together to celebrate his memory each year. “Party laps in the park and trains on Dream Track,” are just a couple of the things Tyler is looking forward at McGazza Fest 2020. “The trails at Skyline are some of the best in the world and in terms of jump lines, Dream Track is unbeatable in my opinion. I’m also [looking forward to] catching up with those that were very close to Kelly and reminiscing on old times.”

“Mcgazza Fest was how every bike ride should be!” Antoine Bizet said about the 2017 event, “big sound system, more than 100 riders flying all weekend long on the sickest lines on earth with whatever bikes. Just celebrating our love for biking and for our biggest Kiwi friend in his home spot. Last Queenstown trip I rode dream track with him in 2015, it would have been better to have Kelly with us, but I can tell you he was not far away. Mcgazza Fest represents the spirit of Kelly because that's all his favourite things about riding bikes put together at his place. It's like if he organized the event himself and that's pretty sick!” 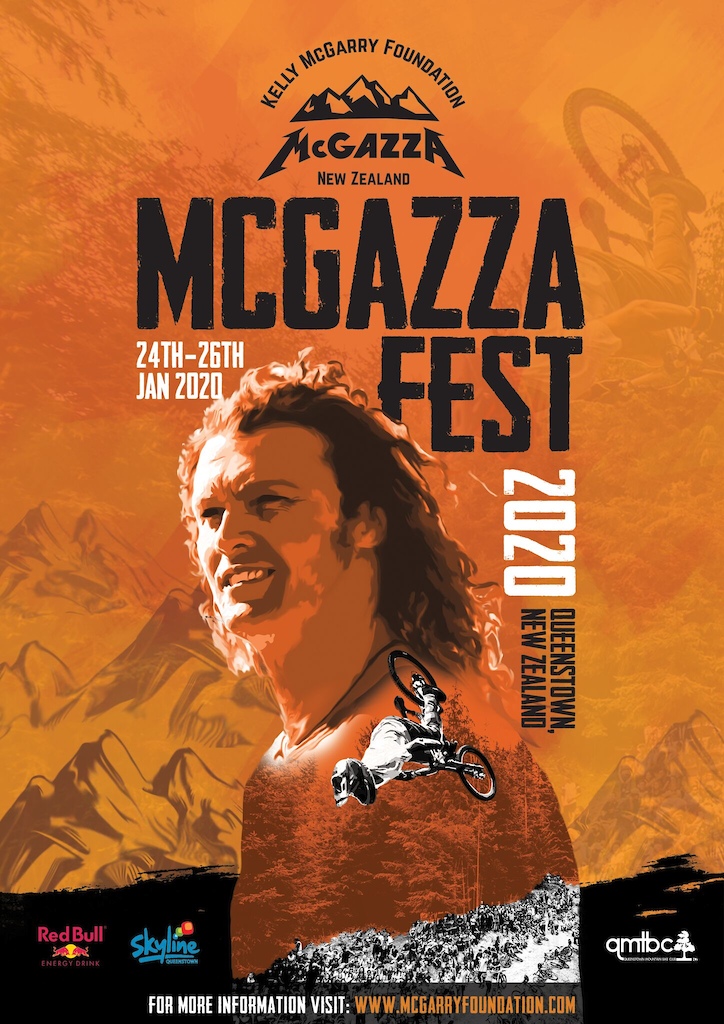 McGazza Fest 2020 - Celebrating the legacy of Kelly McGarry - will take place in Queenstown, the unofficial winter training ground for northern hemisphere riders, from January 24th to 26th. The event includes a ‘Mega Train at Queenstown Skyline Bike Park, a Chainless Air DH, a Dream Track Jam, a Memorial Ride, and the Gorge Road Jam. If you’re following from home keep an eye on Instagram and Facebook for updates during the event and recap videos and photos following it!

The foundation continues to focus on their mission of supporting mountain biking and riders in New Zealand and have a number of projects in the pipeline for 2020. For more on the foundation or McGazza Fest please visit the Kelly McGarry Foundation Website.

bilsmy (Nov 26, 2019 at 8:48)
Congrats Tyler! I have that picture of that big drop as my background on my work computer at work. Inspires me everyday!