The UCI have today announced that a Downhill Domination tournament will be used to assign World Cup overall points for any races that have been cancelled this season.

Losinj and Fort William have both already announced cancellations in 2020 meaning the World Cup season is now down to 6 rounds from the originally planned 8. To ensure that the series still gets enough exposure and overall points can still be handed out, an e-sports tournament using the classic PS2 game will now be held instead.

The move was inspired by motorsports, where professional racers such as Max Verstappen have competed in simulator races against e-athletes due to races being cancelled. The UCI announced guidelines for cycling e-sports last year believing they would mainly apply to indoor racing on turbo trainers however the current situation has meant that they will now be used for adjudicating mountain bike racing too.

The tournament will be held in a knockout format with the 64 top-ranked riders from last year racing head to head in split-screen mode while sitting on couches 2-meters apart. In accordance with UCI rules, they must be wearing a helmet, gloves and a back protector. Skinsuits will still be banned. The controllers will be disinfected between each round and riders will be asked to wear gloves and masks while playing. The UCI's anti-doping truck will be modified to now detect for Ritalin, caffeine and other concentration-enhancing substances.

Any athletes who want some practice before the event have been advised to go to the Pinkbike Buy and Sell pages, where a horde of teenagers is waiting to trade them an Xbox and $200 for their race bike. 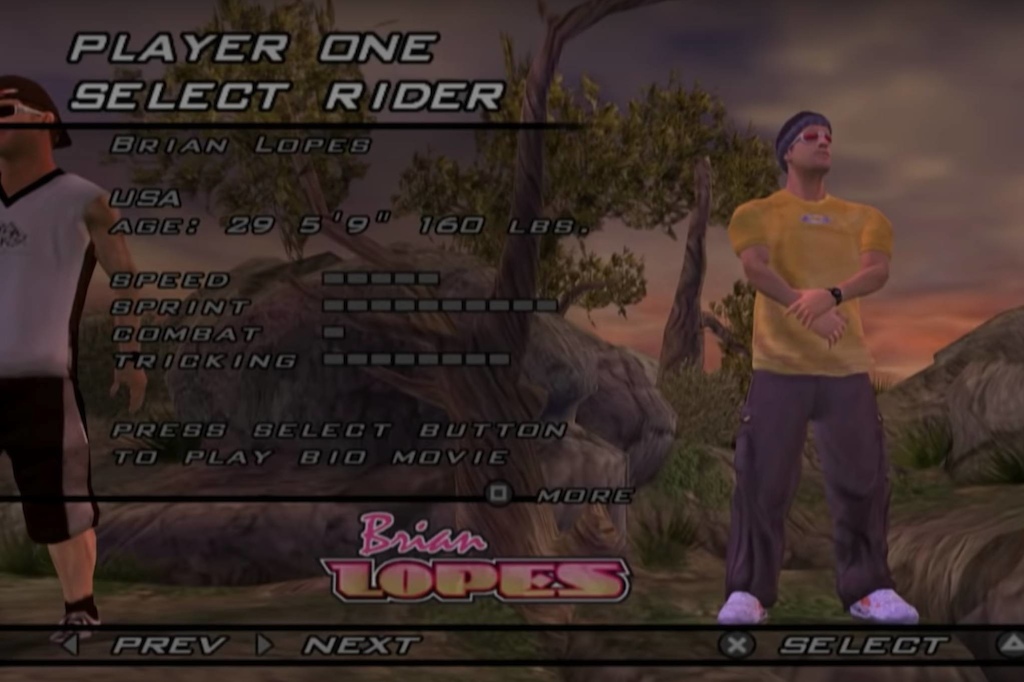 In the current context of the current global situation, the Union Cycliste Internationale (UCI) is proud to announce the 2020 UCI Mountain Bike LAN Party presented by Flamin' Hot Cheetos. Following the cancellation of the World Cups in Fort William (Great Britain) and Lošinj (Croatia) at the request of the organisers, an alternate solution was found that will retain the integrity of the competition and ensure the safety of the athletes.
Rob Warner, the UCI’s new Commissioner of Video Games, said: “I’m looking forward to hitting some energy drinks with the boys and telling the losers I had relations with their mums down the microphone.”

A date is yet to be finalised for the event. Who do you think will end up on the podium?

Brendawg (Apr 1, 2020 at 4:07)
I’m enjoying these so far, but I’m waiting for the announcement of the all new super duper boosty mcboostface 200mm wide rear hub standard we’ve all been looking forward to.

FuzzyL (Apr 1, 2020 at 5:59)
Is it true that for the remaining EWS races, in order to improve the racing and give more equality to the riders, in the few races that might happen this year, it has been decided that everybody will ride the same bike?

And is it equally true that the Grim Donut was chosen for this?

grantgeesmith (Apr 1, 2020 at 4:19)
Does that mean am going to be world champion this year cant believe my luck

shr3d (Apr 1, 2020 at 4:37)
Can you convert in-game points to UCI points? I am not the fastest out on the mountain and therefore don't have any UCI points yet, but I am an absolute shredder in this game and I'd like to get my hands on some world cup podiums this year

jhilly (Apr 1, 2020 at 10:27)
hahhaha, my teenage son came rolling in telling me how awesome this was going to be for them to do this- then was confused why they would use PS2. Even after trolling him in my responses, still took him about 10 minutes to figure out what day it was... lol

Will Bottle 3 be allowed during the race? ;-)

brookland27 (Apr 1, 2020 at 4:38)
They really need to update this game would be awesome on the new consoles with deep woods hi def drifts and such. This version is just tony hawk pro skater reskinned.

although it is hard to believe! To me it plays just like SSX 3 but on dirt instead of snow. Both good fun 'big mountain' games from the same classic era!

chyu (Apr 1, 2020 at 4:13)
UCI should start to allow spectators to walk inside the track to increase the gnar.

Rudy2455 (Apr 1, 2020 at 4:24)
Hands down, this is today's best announcement. This one's hilarious! Helmets and back protectors must be worn, skin suits will still be banned.

styriabeef (Apr 1, 2020 at 5:15)
"Following the successful start of eMTB racing under UCI wings, it was only logical to take the next step....", David Lappartient, UCI president was quoted.

digitalsoul (Apr 1, 2020 at 7:16)
Ah how things quickly go downhill once you start having an E-Bike series.

dirtnapped (Apr 1, 2020 at 5:39)
I was sitting on the pot, mostly asleep reading this and was so confused for a few minutes.

LukeDaws (Apr 1, 2020 at 13:50)
UCI putting the same amount of effort into April Fools as they do into the mountain biking side of cycling

skintightleather (Apr 1, 2020 at 11:41)
missed chance to shine some more light on Dick Pound there