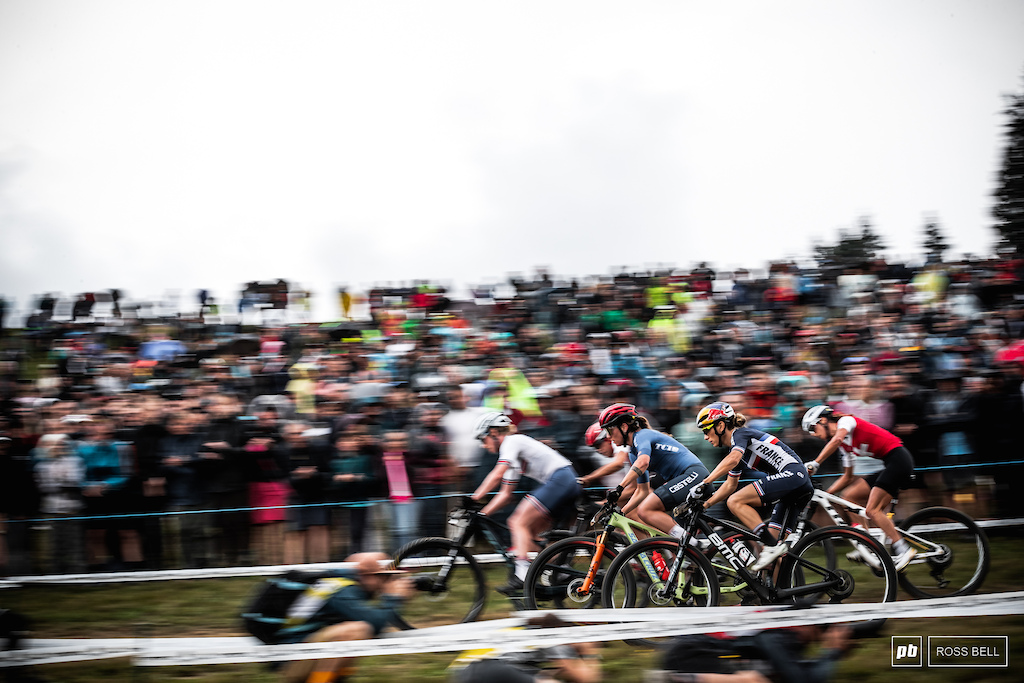 UCI President David Lappartient has suggested that one day he hopes that XCC Short Track could become an Olympic Sport.

While speaking to Inside the Games David Lappartient talks about how the UCI is looking to further add to its already long list of Olympic disciplines. Currently, the Olympics is reluctant to add new sports if it would lead to a growing number of athletes needing to attend the games, but the UCI President believes this could leave space for more cycling events.

In his interview with Inside the Games David Lappartient brings up the possibility of adding Short Track, team time trial mixed relay and BMX flatland. XCC Short Track would definitely be possible to run without any need for extra riders to be sent over by competing countries as we have seen in past years with the XC World Cups.

"We apply maybe to have BMX flatland, to have team time trial mixed relay, to have mountain bike short track, and for these last two disciplines you do not need extra quotas for this... but the first thing for us is to keep the five Olympic disciplines we have."

David Lappartient is clear that any new events must not remove any current disciplines in the games and that maintaining the events in the games at the moment is the first priority for the UCI. In the same interview, he also brings up the possibility of an e-cycling medal as this would need no additional athletes as well.

"After if we could have one of the others that could be nice, and also one day why not have also one e-cycling medal, because we can use the same quotas, no extra athletes, and that could also be important for us, but not instead of the existing disciplines, which is key for us."

It sounds like it may never be possible to see downhill feature in the Olympics but we may get additional representation for mountain biking if the UCI President gets his way although any changes couldn't happen until at least the 2028 Olympic Games in Los Angeles.

lawnjockey (Nov 21, 2022 at 9:26)
The largest issue with downhill is that not all places that host the summer games can host a downhill event. This is the same with the winter olympics and the mens and womens alpine skiing downhill events. There is a better chance at getting Enduro into the olympics then downhill.

taprider (Nov 21, 2022 at 10:23)
but the same athletes that race the xc would be the ones racing the DH, since UCI's point is to add events without adding to the number of athletes. So for the countries that qualify two athletes (which will be the maximum possible per gender/sex/? per country) they can send their best XCer and best DHer, but the majority of countries will be able to send only one athlete

rossdunlop (Nov 21, 2022 at 14:52)
Downhill doesn't need the Olympics. It's an antiquated event that is essentially the Walmat of sporting events.

TimnberG (Nov 21, 2022 at 20:08)
@rossdunlop: You definitely have a valid point. It was weird watching xc at the olympics when you know a lot of big names are missing just because they weren't in the top few from their country. World Cups and World Champs are definitely a more pure form of competition. That being said, I would like to see downhill in the Olympics if there was another discipline added.

ak-77 (Nov 22, 2022 at 7:42)
@Starch-Anton: If it was Olympic you would suddenly see a lot more countries taking part. Similar thing happened with curling, to name an example.

zoobab2 (Nov 21, 2022 at 11:01)
DH and Enduro should have their own federation, outside of UCI. UCI prefer road and XC, they do not bring anything to our sport.

paolocolletti (Nov 21, 2022 at 9:42)
The issue with adding cycling disciplines is that they always remove another cycling event from the program. Swimming doesn't get the same treatment, but it's almost like they cap the number of cycling events.

kegron (Nov 21, 2022 at 10:01)
To be honest there is way too much track cycling (how many athletes would continue this, if it where no more an olympics sport ? It's something from an another time...). But some countries that get a lot medals with this, don't want to loose them... Politic as always.

billreilly (Nov 21, 2022 at 14:03)
Swimming is easy to add events because they use the same pool... With XCO and DH the courses are different, but with XCC they use part of the XCO course so no new venues/courses are needed.

paolocolletti (Nov 22, 2022 at 9:29)
@billreilly: when they took away some track cycling events, it was because they added BMX racing. So they had to add a whole BMX track for 2 races.

twozerosix (Nov 22, 2022 at 15:26)
@kegron: Entry fees can be charged for track events, probably harder to do on longer courses outdoors.

Fix-the-Spade (Nov 21, 2022 at 14:08)
It's something I am eternally greatful for. Olympic status brings nothing but politics and corruption, MTB is perfectly healthy without it.

downtownier (Nov 21, 2022 at 13:53)
Probably the XCC is the less difficult to build course of all UCI MTB disciplines, is semi flat with a lot of artificial obstacles, is fast and TV friendly. And for sure every race is charged with adrenaline!

lowejw (Nov 23, 2022 at 4:01)
Question, what do the UCI the IOC and FIFA have in common
Answer, they are in it for the $$$ not the athlete's or the fans. Why DH is not a Olympic sport is just mind boggling, at this rate underwater basket weaving will have Olympic glory before DH.

pelopidas (Nov 21, 2022 at 14:29)
Short track is and has always been stupid. Marathon, maybe. DH Certainly, but venues with sufficient elevation might preclude it.

simonconde (Nov 21, 2022 at 22:16)
Is this guy out to lunch? E-cycling medal at the Olympics? What other Olympic sports are motorized?

laupe (Nov 22, 2022 at 2:18)
If the XCO and XCC races are too close to each other, so many people are going to skip XCC to prepare for XCO. Just look at the attendance at XCC world champs

AyJayDoubleyou (Nov 21, 2022 at 10:40)
Sounds good. Can we have a proper short track course with side by side obstacles, rather than a grass crit please.

pmhobson (Nov 21, 2022 at 13:29)
@swissironrider: So many of the most popular sports are judged, it's crazy. Even ski jumping is judged. How is the goal of ski jumping anything beyond "jump as far on your skis as possible"?

Fix-the-Spade (Nov 21, 2022 at 16:01)
@pmhobson: With X height at Y angle there's a hard limit to how far you can jump, without doing the obvious and adding a rocket motor. So they judge form as well. But rocket ski jumps would be more fun.