After two years on the World Cup circuit, Unno is winding down its race team and has announced it won't be competing in the 2020 season. With Greg Williamson behind the bars providing consistent top 20 finishes, Cesar Rojo's frame enjoyed a successful spell on the circuit and finished with its first World Cup top 10 in Snowshoe.

It sounds like Cesar and the team used the World Cup team primarily for testing and will now apply those lessons to the production version of the Ever downhill frame. Their statement is below:


We reached out to Greg Williamson to see what it means for his future and he told us that he will be stepping back from a team management role to concentrate more on his riding. He has a UCI team move lined up and we can expect to hear more about it soon. 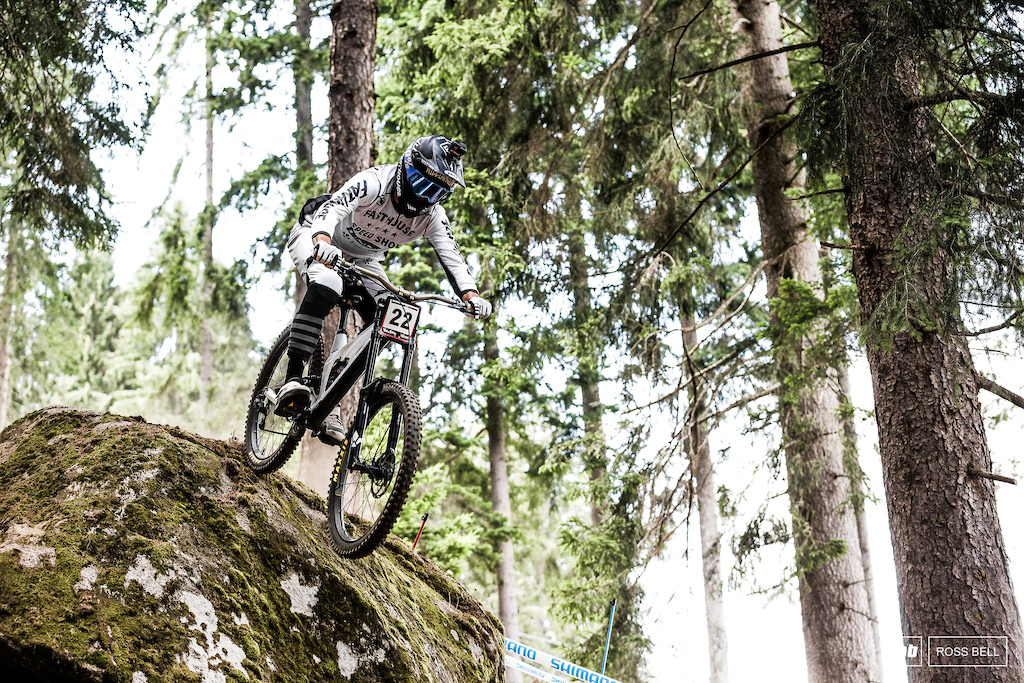 WAKIdesigns (Jan 1, 2020 at 5:10)
No they should compete with FIFA, NBA and a few more in Fantasy Corruption World Cup. Fair Play is like Santa Claus. Everyone knows it doesn’t exist but we keep on telling the story to our kids so that they behave well.

MTBLegend92 (Dec 31, 2019 at 10:46)
This is another one where, does anybody own/buy their frames? I'm not doubting they are good, but aren't they absurdly expensive? Seems difficult to fund a race team if you aren't selling much.

Minikeum (Dec 31, 2019 at 10:52)
Frame only is stupidly expensive. Prices of complete bikes are much more "reasonable", in the price range of Yeti, Specialized and other Chinese brands

iiman (Dec 31, 2019 at 11:42)
price for full bikes is totally in the line of any other top brand, with the difference that many of those have been laid up by a 50y/o chinesse lady earning god knows how much. Markup must be brutal.

nurseben (Dec 31, 2019 at 11:55)
@bobthestapler: .... until they start building production models. Just think how much more they can charge for a mass produced frame than a company like Yeti.

kroozctrl (Dec 31, 2019 at 12:24)
@fruitsd79: no, kinematically, it’s identical to the canyon sender. So in theory the bike can win, but like you said it really comes down to the rider. I say if you have the money, go ahead and spend it. And canyon sender has proven it self to hit rampage and UCI.

most people just don't get what they are trying to do, and it is OK.

UNNO is not about making the best riding bike out there. It is alot more than that.
If you want a bike that rides similar to a UNNO, get a Mondraker. It is designed by the very same guy.
Unno seems to be about going as LOCAL as you can when you are purchasing a frame.
If thats what you want, then you gotta pay for it. .
.

They could EASILY get 5000 frames a year made in Overseas and bring the price down significantly, but they are not about that.
Exclusivity has a price.

kleinblake (Dec 31, 2019 at 17:16)
@Happypanda1337: yeah it’s definitely not “kinematically identical” to a canyon sender. stiffness is very important to bike handling, and Unno have no doubt invested a lot of time into perfecting that

bok-CZ (Jan 1, 2020 at 3:15)
@nurseben: well at least company like yeti has it's distributors almost all over the world, I don't wanna even think about the mess when something goes wrong with Unno, mañana

Minikeum (Jan 1, 2020 at 6:04)
@bok-CZ: Unno sells 50 frames per model per year. I bet if anything goes wrong with your bike, they will do everything they can to find a solution quickly. I do have a few components on my bike from tiny local companies, and the few times I had a problem it was dealt extremely quickly : the long pole was shipping!
On the other sides, some distributors are the worst ; for example the distributor for Fox products in France, to just name one

hamncheez (Jan 1, 2020 at 12:26)
Unno is primarily an engineering company, not a bike manufacturing company. The point of their bikes is do demonstrate their engineering, and they have helped engineer bikes like the Intense M29 and I'm sure many others.

TheBearDen (Jan 1, 2020 at 14:21)
@hamncheez: if that was fully the case Why not engineer the best possible suspension design and apply it to their bikes? They would make more off leasing the patent to other manufacturers then they ever will selling bike frames.

wvanlogg (Jan 1, 2020 at 17:19)
@blackbirdworks: devinci goes local and yet their bikes don’t cost the price of my first born

TheBearDen (Jan 1, 2020 at 18:57)
@wvanlogg: yeah but in the same breath you could also say that due to in house manufacturing and lower priced bikes could be why they are all over the f*cking map when it comes to what they are and aren't doing each year for team sponsorships and what not.

hamncheez (Jan 1, 2020 at 20:35)
@TheBearDen: Cero is the parent company of Unno. The innovation in engineering they provide isn't in geometry (anymore, anyways) or in suspension design, its in industrial design, carbon layup, and manufacturing.

hamncheez (Jan 1, 2020 at 20:37)
@wvanlogg: The full build cost of the Unno bikes isn't actually any higher than the major competition. The "elite" build of the DH bike is about $7000 USD. The closest comparable Santa Cruz v10 is $6k for a slightly lower build

wvanlogg (Jan 1, 2020 at 21:06)
@hamncheez: but even if you simply look at frames, as suggested above, devinci is way below Unno cost, also @BearDen, devinci have consistently maintained some form of elite mountain bike race team/sponsorship. Their DH hiatus was only for a short period (few seasons). Now they’re back and have with drew, so one continuous absence in light of tragedy cannot be classified as “all over the f*cking map”. Mind you even without a factory team they still sponsored riders with frames.

Devinci did not start out as a quebec designed, engineered, sourced, employed,company 4 years ago.

Devinci makes bikes for city bike share programs all over the world..

pbfan08 (Dec 31, 2019 at 12:25)
WOW who could've seen that coming... I really don't gete thse niche brands in action sports, they rarely pan out. Atherton Bikes is giving off the exact same vibes as Vinshu Skis. When it takes more than 3 years to bring a product to market, especially in industries like skis'/mtb's where tooling is VERY EXPENSIVE. It's just not feasible to see through unless you have major private/public equity backing.

bemorestoked (Dec 31, 2019 at 13:13)
Except that Vishnu doesn't have the most dominant female freeskier of all time behind the brand, and isn't doing anything interesting on the R+D / rapid prototyping development, and doesn't have any real information available about where their skis are being built. I feel like Atherton is about as far from being the bike version of track-suit wearing Park City kids swerve skiing backseat with no poles as one could imagine.

MikeGruhler (Jan 1, 2020 at 16:57)
@jason114: 10 4, Must have to call them up for pricing then I assume, can't find anything on there site suggesting there for sale yet. I assume they'll meet there requirements for production before there cutoff. I personally love the design and hope they succeed and stick around for a long time.

fruitsd79 (Jan 2, 2020 at 10:51)
@MikeGruhler: On the other website they said around 5k euros for complete enduro bike when available.

bikerfilmerboy (Dec 31, 2019 at 12:22)
Why get off the expressway if you want to “move forward”; racing is fastest way to test and market bikes.

Staktup (Dec 31, 2019 at 15:40)
Ratboy is stealing every rider who has just departed their respective teams this month to ride for Cannondale

tacklingdummy (Dec 31, 2019 at 19:10)
You have to be an orthodontist, oral surgeon, or cosmetic dentist to buy an Unno. $5600 for frame alone. :o
Below threshold threads are hidden

DH-Angel (Dec 31, 2019 at 10:30)
How can i take Unno DH frame seriously when they have no presence in world cup racing. Big mistake!
Post a Comment