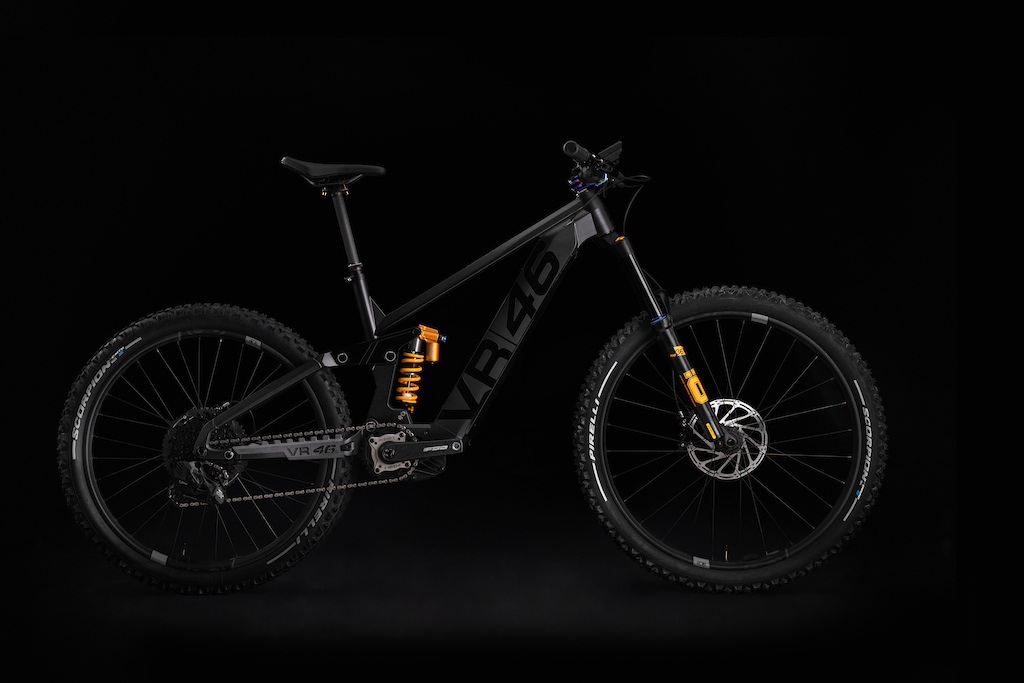 Previously Valentino Rossi's VR46 has released clothing, merch and kids bikes with the legendary rider's branding, but now it has branched off into eMTBs. The VR46 Terra uses an aluminum frame combined with 160mm of travel and Bosch's CX motor. At launch it will be offered in the Terra Pro and Terra Limited models. The Terra Limited will come signed and numbered by Valentino Rossi as well as featuring a higher level of components. 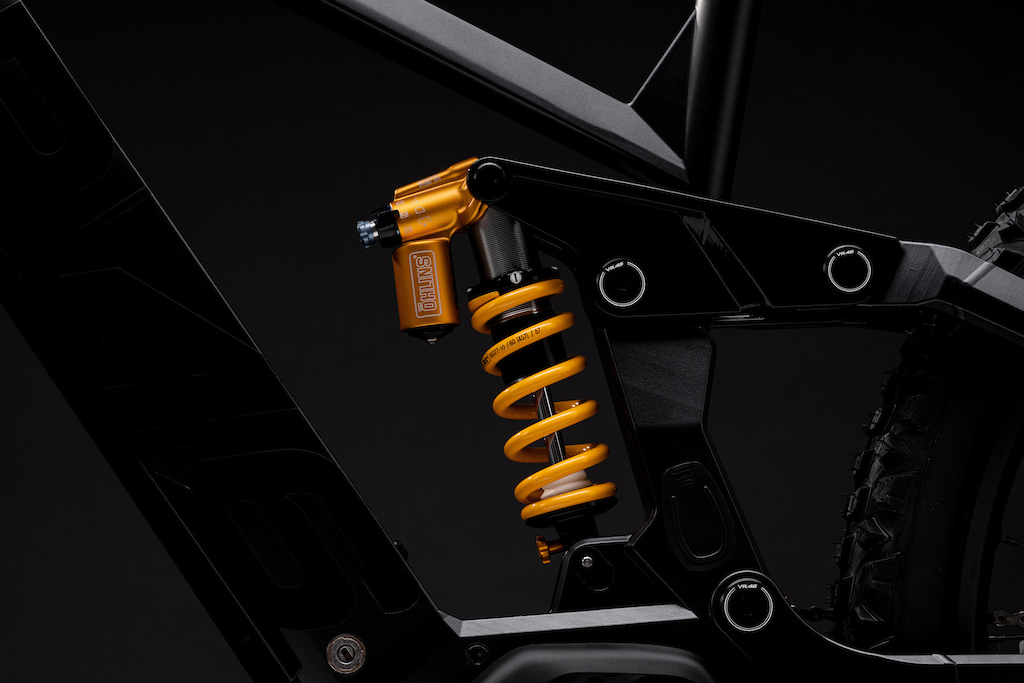 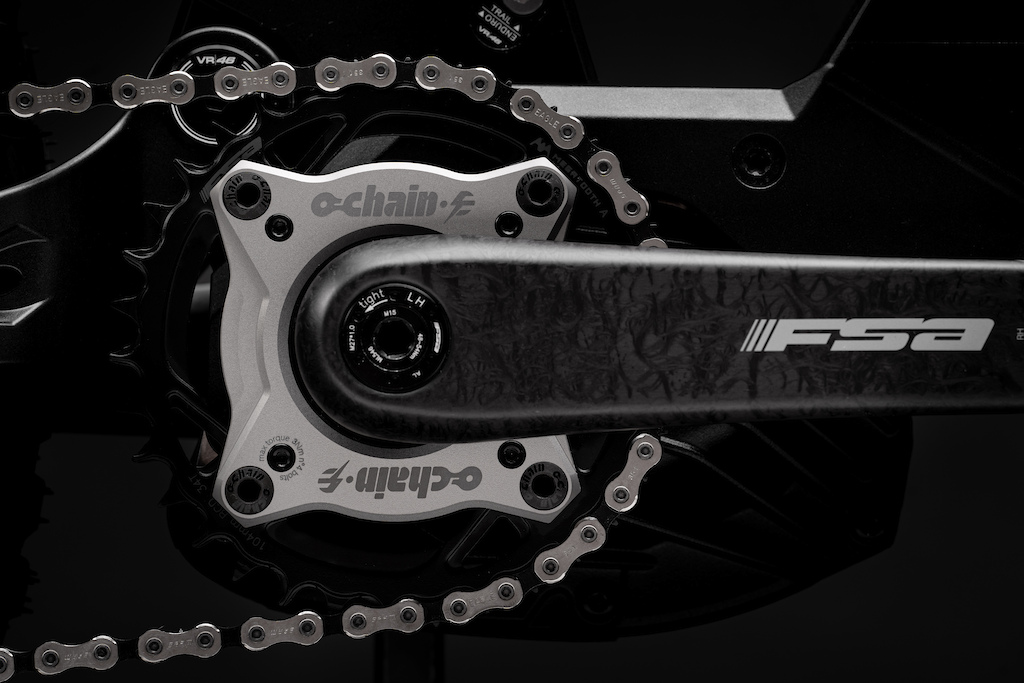 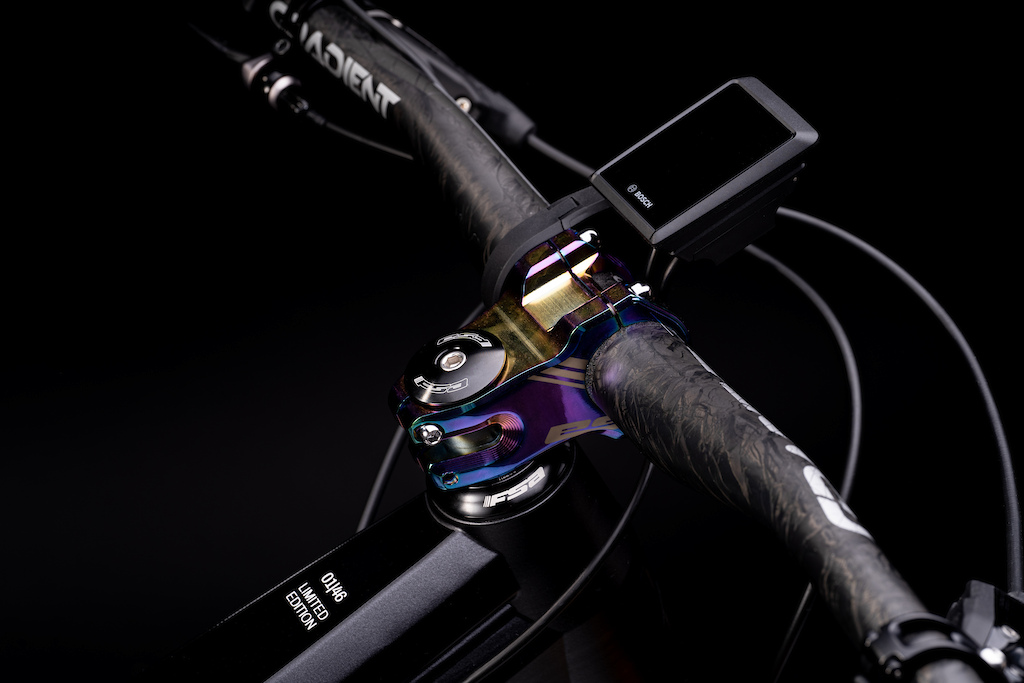 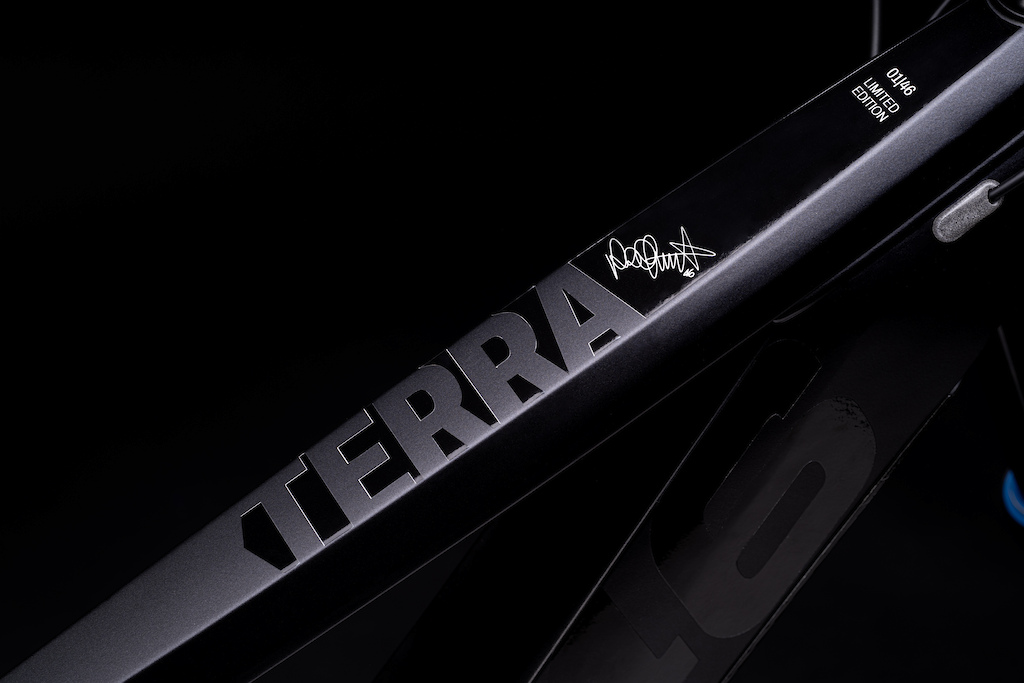 There is no pricing or availability of the VR46 eMTBs yet, but you can find out more here.

ScandiumRider (Nov 26, 2021 at 12:11)
@juanmallorca: Do you call an electric skateboard a car because it has four wheels and a motor?

riderseventy7 (Nov 26, 2021 at 13:10)
@ScandiumRider: Car = short for carriage, which is a vehicle for the conveying of goods or people from one place to another.
So, technically, yes.

Motor and pedals, so, is it an e-bike?

Mick-e (Nov 27, 2021 at 7:36)
@Nilsson84: many years ago there were these small pedal assisted motor bikes.
They were called motor pedals. That got shortened to Moped.
Now it’s an electric motor instead of a two stroke

radrider (Nov 26, 2021 at 10:34)
Nothing like photographing a black bike in a black room with minimal lighting to show brand confidence..

vid1998 (Nov 26, 2021 at 9:32)
Is this just some open mould rebrand or an original design? Not that an open mould frame is a bad thing, many auto brands venturing into MTB would be better off instead of producing those hideous designs opposed to this that looks quite decent for an ebike.

cueTIP (Nov 29, 2021 at 14:25)
Right? It's insane. My wife is looking to buy a new bike for next season (North America, so March) and there is literally nothing available before that time frame in a size small in the $6-9000 range. That's not a cheap bike and even still there is nothing to be had.

Averagesizetesties (Nov 26, 2021 at 11:37)
Oh this must be the new Terra ble model. Will I do faster times with his signature on there. Massive wank factor, I guess it's a a targeted audience

jumpmasterart (Nov 27, 2021 at 20:23)
Hey there Ed. I think you left out a couple of World Championships there regarding Rossi. He might feel short changed after all the hard work he put in. Lol!! But who's counting. To all the guys wondering about the good old Rossi color scheme. Yes there will be a black and Flo yellow in the name of VR46 Pro. Some down grades in parts, where is the VR46 Limited is the BALLER BIKES BABY. I wonder if there will be plans to import to US. I would love to have one.

betobi (Nov 26, 2021 at 12:35)
honestly this looks far better than most eBikes from established bike brands. Because its a motorbike made by a motorcyclist some might say, but still...

Brasher (Nov 26, 2021 at 14:27)
that's what I was thinking, the chain is decoupled from the drive when coasting. You can in theory only get pedal kickback when under power. Spin a emtb crank backwards..... the cassette doesn't move.

Konda (Nov 27, 2021 at 2:39)
Those Elastomers will last well with the Motor Torque, additional weight of the bike, and fat bloke riding it.

heatproofgenie (Nov 27, 2021 at 7:13)
Well if you really think about it, the clutch on the motor is for the crank moving backwards i.e. freewheeling. Ochain would function just the same as on a normal bike. There is a bit of slack in there so it probably already has a bit of movement but it's not much. I think if the Ochain were set on the maximum movement there could be some merit to this use if only to quite down the motor clutch clank on big hits.

muddytreker (Nov 26, 2021 at 9:42)
Barry Sheens a dab hand at designing and making stuff, who wouldve thought

Corinthian (Nov 26, 2021 at 12:43)
First to crack through the threshold limit too; many congratulations on today’s double achievement.