Victor Koretzky Has Signed With B&B Hotels KTM... Or Has He? 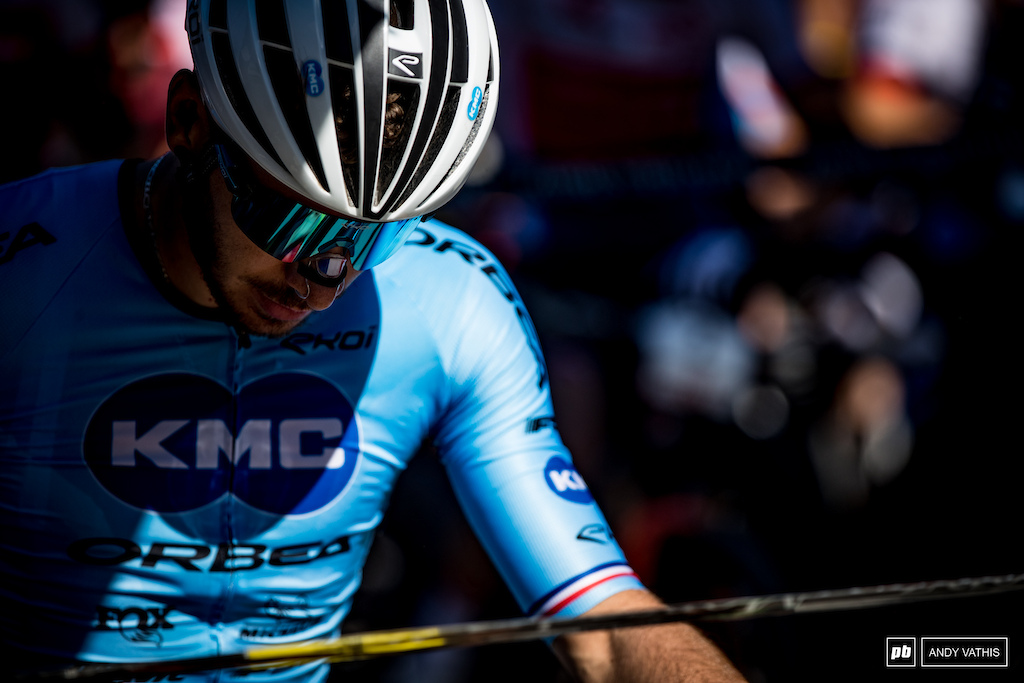 With XCO wins in Lenzerheide and Albstadt, an XCC win in Snowshoe and a second-place overall finish in the World Cup series, Victor Koretzky enjoyed his most successful season ever in 2021.

However, despite building his career by rising through the Junior and Under 23 rankings on dirt, he has always harbored a desire to race in the Tour de France on the road. So, when the opportunity arose for him to sign with B&B Hotels p/b KTM road cycling team arose this off-season he took it with both hands.

B&B Hotels p/b KTM is a second-tier Professional Continental team but has been awarded wildcard placings at the past two editions of the Tour de France and it also competes in the Monuments and Classics races. The move would make him the second KMC Orbea rider to make the tarmac transition this off-season after Milan Vader announced last week that he had signed with Jumbo Visma. Much like Vader, Koretzky said he would split his focus between road riding and mountain biking with a particular focus on the Paris 2024 Olympic Games.

The news was announced on September 13 and the French rider said on Instagram on September 23, "After all these years on the mountain bike circuit, I am about to experience other adventures, on the road and in new colors... I have been thinking about trying my luck in this discipline for several years now, which I only practice as a preparation for my mountain biking activity. Even before the creation of this team registered in Continental Pro (the second division of the international peloton), I had discussed with its leaders the possibility of joining them one day to experience these races that have made me dream since I was little." 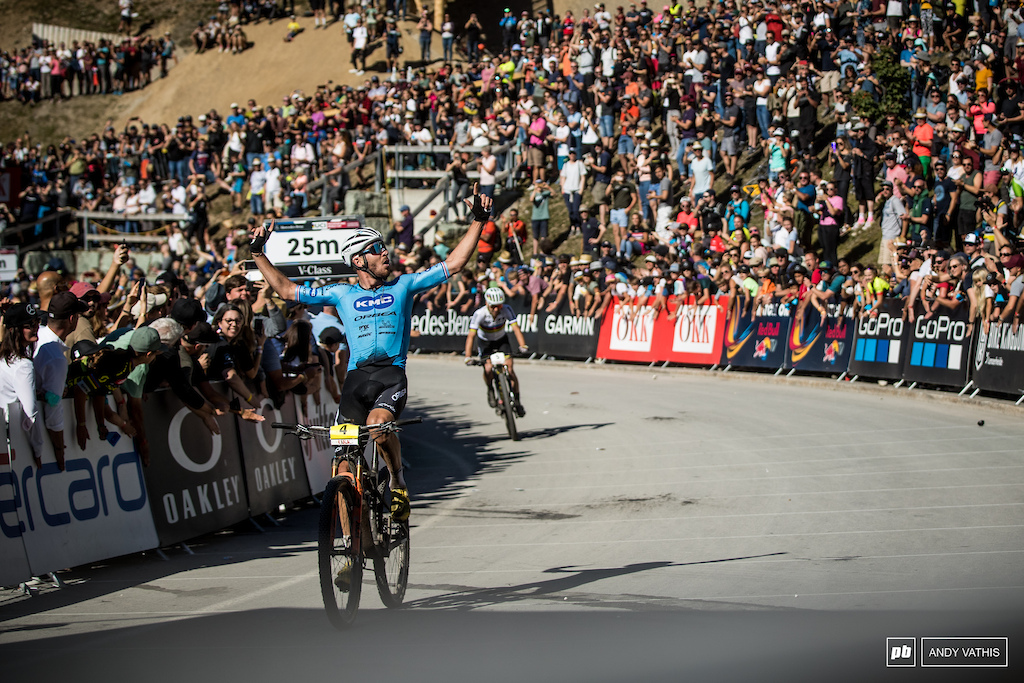 The move took on particular importance following the passing of the KMC Orbea team founder Michel Hutsebaut this summer. Koretzky says, "He and the whole team knew that if the opportunity ever presented itself my career would naturally take that direction. I have a mad desire for it and I will devote myself to it thoroughly, without abandoning mountain biking where I hope to shine until at least Paris 2024."

B&B Hotels is excited about the potential of Koretzky and said, "Victor is of the caliber of Van Der Poel or Pidcock. His physical capacities are exceptional, his agility and his explosiveness too, he is an extraordinary boy who will bring to the club all his freshness, his fun side and his taste for pleasure cycling. Victor is smart, road cycling is already part of his daily life."

However, the transfer wasn't as simple as it might have seemed. A week after the announcement, the KMC Orbea team took to social media and claimed that Koretzky still had a year left on his contract with them. Their post said, "We take note of the announcement made September 13th by the B&B Hotels p/b Ktm road cycling team of the recruitment of Victor Koretzky for the 2022 season. Victor Koretzky is under contract with the KMC Orbea team until December 31st, 2022. This contract stipulates the decision-making power of Team KMC Orbea over the cycling racing program of Victor Koretzky within the institutional framework of the Union Cycliste Internationale."


B&B Hotels is not backing down though and on September 21 its team manager, Jérôme Pineau, told Le Telegramme, “He will be with us next season. Between intelligent people, we will find the solution. The file is in the hands of the competent authorities." The team's social media pages also said, "With due respect for all parties involved, PCE, legal entity of B&B Hotels p/b KTM, confirms Victor Koretzky's engagement... effective January 1, 2022, for two seasons."

As far as we know, the situation is still ongoing but the road cycling team seems confident it has secured Koretzky for a seat on its team next year despite his KMC Orbea contract. We have reached out to Victor and the KMC Orbea team for more information and will update this story as it develops.

kcy4130 (Sep 27, 2021 at 6:44)
Lots of racers and fans deplore the relatively low wages that many professional mountain biker receive. Victor Koretzky didn't whine about the situation, he went out and got himself two contracts, that's like double the income. Well done Koretzky, for thinking outside the box!

waldo-jpg (Sep 27, 2021 at 12:28)
I don't know about other countries but in Germany it is legally impossible to have a full-time employment with 2 companies, even for a second job if it is for more than 450€ per month you would need your main employers approval.

I am not sure if the contracts riders have with their teams are comparable to that, but even if it isn't, the fact that KMC Orbea was taken by surprise of this announcement speaks volumes about this guys attitude towards his team. He could at least give them a heads up if he wants to move on or take on a roadie side-hustle..

primozj (Sep 28, 2021 at 1:00)
@waldo-jpg: contract with pro team is not really same as employment contract, as you are officially not employed by team. Main (and probably only) problem in this case is, that mtb and road are under same umbrella and it's not possible to have contract for two different teams under same federation. It sure wouldn't be any issue if he would have contract with mtb team and with football team, but having two contracts for two different teams inside same organization is problem.

HankHank (Sep 27, 2021 at 7:27)
“Striker, listen, and you listen close: Flying a plane is no different than riding a bicycle, just a lot harder to put baseball cards in the spokes.”

mrkkbb (Sep 27, 2021 at 8:04)
I think the question has to be asked, is it money or personal goals? Mountain bike factory teams need to reflect for the sake of the sport, as does UCI. The World Cup XCO is in danger of having a hodge podge of athletes competing, with no continuity from one race to next. I have a feeling it is money, I could be wrong but I’m not aware of this happening on the women’s side, who are often struggling for money on the road and are probably more celebrated in mountain biking.

Ac282 (Sep 27, 2021 at 12:14)
I've got no actual numbers but I'd be very surprised if the difference in earning potential between xc and road was not much closer for women than men.

Starch-Anton (Sep 27, 2021 at 15:26)
@Ac282: Quite a few women seem to ride more than one discipline; current CX World champion, Lucinda Brand, rides a full road season, as well as the CX season. The Trek XC girls are all part of the Trek CX team, and will ride the US World Cups, before a break, then return for the latter part of the CX season. In fact, there were about 5-6 XCO racers in the top 15 of the last CX Worlds in Oostende.

Starch-Anton (Sep 27, 2021 at 15:36)
One wonders if those in charge just shrug their shoulders when another rider jumps to the road; there's nothing they can do, so just accept the inevitability of it.
I think many on here have wished for there to be be more than 6-7 World Cup rounds - but someone has to pay for them. Where are the big 'outside' sponsors?

In an ideal world, we'd see, say 12 World Cups, and riders on big money, and not being tempted by big money road teams.
Much as I watch, and like the road, I dislike the attitude that it's the pinnacle of cycling; and those that look down on MTB as not a serious sport.

mrkkbb (Sep 27, 2021 at 15:53)
@Starch-Anton: how many ride in road flip flopping between Mountain bike? CX does not compete with the season, lots of men also race CX post XC season.

tealdub (Sep 27, 2021 at 16:35)
Money is a huge part of it. But also some XC riders have backgrounds of lots of road riding and racing whereas some have been straight up mountain bikers always and just take up some road riding for training when they get serious. As most things it's a spectrum and people arent 100% in one camp or the other naturally. From an NZ perspective Sam Gaze has always raced on-road as well. Won national crit races etc. Where as Anton Cooper grew up basically only mountain biking, and has won Enduros here. So I think Gaze always had some road aspirations alongside his MTBing

Patsplit (Sep 27, 2021 at 16:44)
If you got that TdF team money then you can probably negotiate to buy Victor out of the last year in his contract with Orbea.