Video – Tearing up the Surrey Hills with Upper Downs

Tearing up the Surrey Hills with Upper Downs

2015 is here and it’s going to be an exciting year for us… The last 12 months has been incredible, we’ve hit the trails and worked with riders from all over the world to spec and design our upcoming Neoshell MTB jacket.

Back in the summer we were approached by the Apex Film Collective, a group of third year students from Staffordshire University who were looking to produce a film for a new brand focusing on outdoor and extreme sports. We immediately jumped at the chance to work with James Barnes and his team who understood what we are trying to achieve with Upper Downs and started working on an idea with some of our development riders to put together a short promotional film. 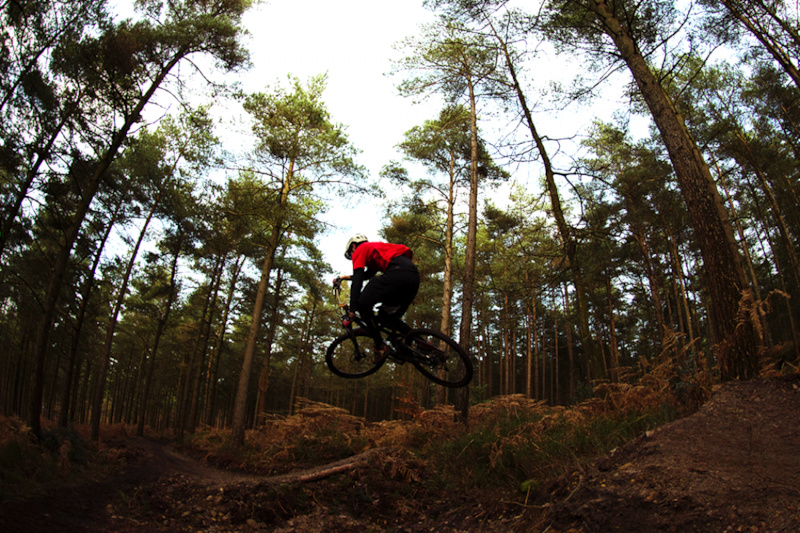 Our aim was to focus on the fun aspect of riding bikes, whilst also giving a view into what we’ve been working on at Upper Downs for the last 12 months and what we are trying to create.

We wanted to film our local spots and capture some footage of singletrack, jumps and woodland sections that feature in all our own rides when we’re out with mates. The Surrey Hills was the perfect location, we were planning to shoot the film in November and were unsure of how the weather would behave, and the trails ride better than most places in the South East as they drain pretty well.

After scouting out filming locations with Jack Chapman and Harry Molloy from Flowstyle MTB Coaching, we decided Winterfold Hill was going to be a great spot, with easy access which made sense as Apex were bringing a 6 strong film crew, three different camera set ups and a lot of equipment. The filming was something we had a clear idea about and we wanted to add something a bit different into our film so Apex brought a Sony FS700 camera with them that could shoot slo-mo footage in 240 FPS. 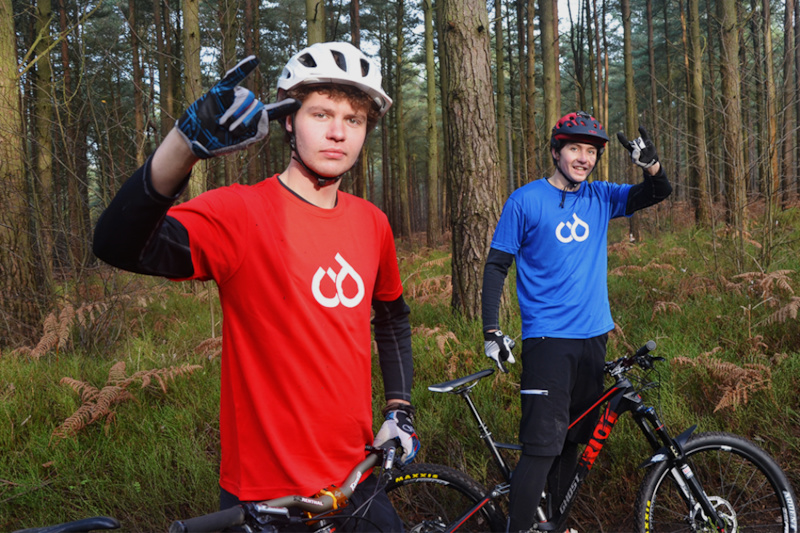 It came to shoot day and it had been a pretty dank, wet and cold couple of weeks. Thankfully for us the sun came out from the outset and it was t-shirt weather at points of the day as we worked with Apex via radios, to instruct the riders to hit the trails in turn. 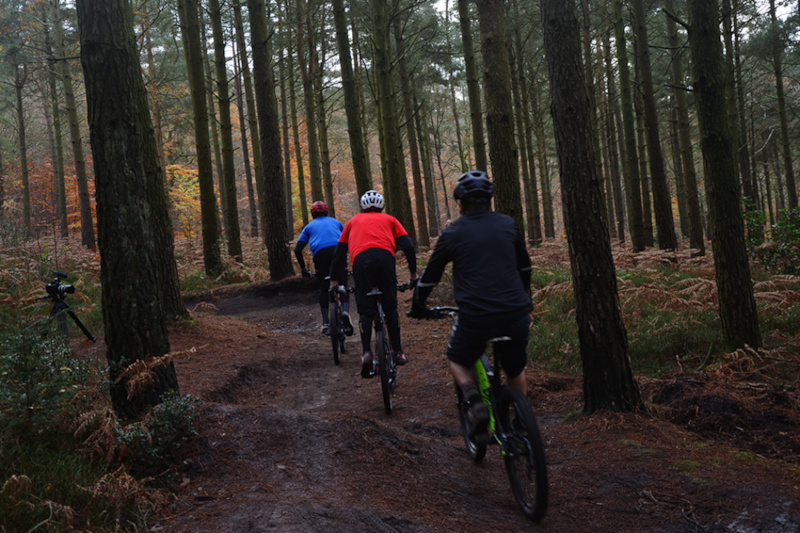 All in all we were happy with the day, with less light available, it was always going to be hard to shoot enough footage for a long film, but with our aim to produce a 3 minute promotional film it looked like were had it covered. 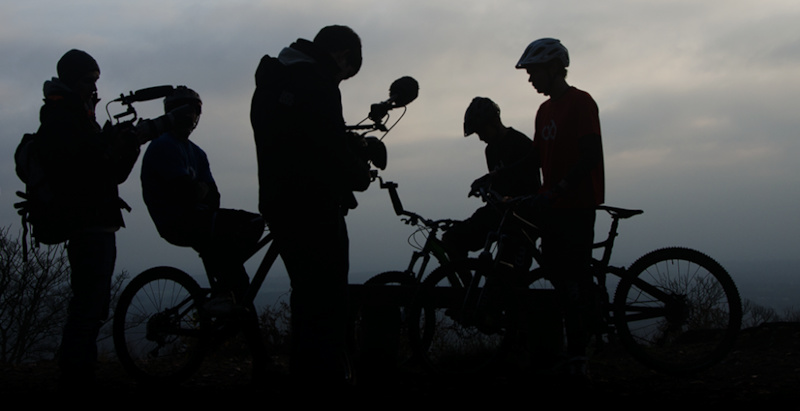 We’d also arranged a second shoot date with Apex to show us at work. We got this covered in a couple of hours and then it was over to Apex to crack on with the long editing process. 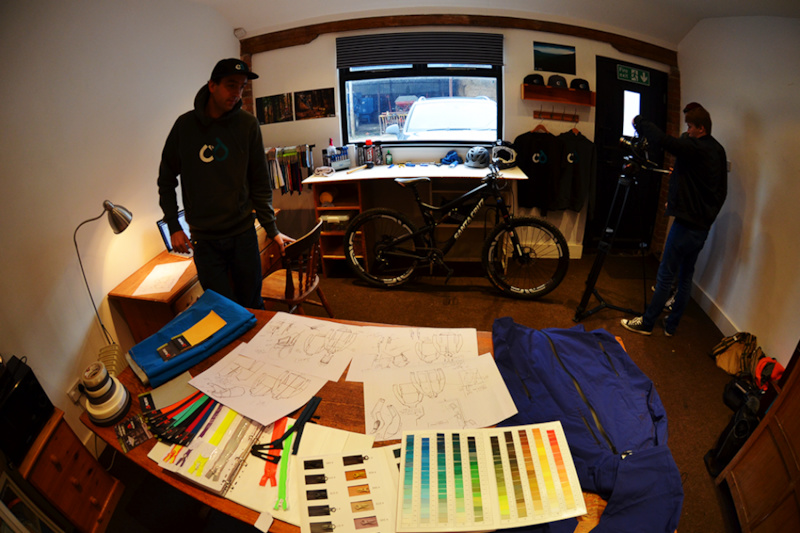 After a number of cuts and reviews of the film, we’re pretty stoked with the final cut, and hope you all like it too.

Expect more videos from us this year…


Thanks again to all of those involved in this fun project:

wobbem (Jan 13, 2015 at 7:47)
Bike vids with protracted intros of bark, puddles and trees are starting to really annoy me.

pigman65 (Jan 13, 2015 at 10:45)
Yeah, considering its proximity to the other trail its never going to be kept secret. But these guys are pushing a brand ,which is ironically called Upper Downs. Seems a bit selfish. Big up the builders anyway, fckin awesome, they deserve some front page recognition.

dmrchris (Jan 13, 2015 at 11:31)
All the builders up there deserve huge recognition, My local- ish trails, no way of keeping something that rides that good off of here, the least they could of done is not said what hill the riding was on? Cool vid though.

philseparation (Jan 13, 2015 at 12:34)
I saw that sign, understandable as it must have taken a lot of spade work. Its not appeared on strava yet though which is good.

JesusJohn (Jan 14, 2015 at 16:02)
Yeah for sure totally agree, respect to the builders..... Why was the need to say where this video was filmed in the article anyway? It's for a clothing brand not a promo for a new trail centre trail or something, most the trails over that way aren't exactly legal anyway, am not saying don't film them but do we really have to say where every trail is on the internet?

UpperDowns (Jan 16, 2015 at 6:09)
We wanted to hold our hands up and admit we made a mistake – we shouldn't have named the trail and we're gutted if we've upset any local riders by filming there.

We decided to shoot on this hill for our film as it has been used less and had planned to film at the viewpoint and the other two trails completely unaware that another trail existed close by.

We spoke to Hurtwood prior to filming to gain permission and a few hours into our shoot when our crew was filming on the trail with the drop, we noticed a group of riders hitting a jump on the trail just metres away.

Until this point we didn’t know the trail was there and when we’d finished filming the drop we decided to move our equipment over to the jump just metres away completely unaware at the time that there was an signage or restrictions for videos.

Any disrespect to the guys who built the trail is absolutely the last thing we intended. It's the first time we've made a video and we've clearly still got stuff to learn. We're very lucky that we have places like the Surrey Hills to ride and have huge respect for the hard work, time and effort the volunteers and trail builders put in, so we're obviously very sorry.

We've been working hard with local riders to develop genuinely decent apparel, so we're really disappointed and annoyed with ourselves for upsetting anyone.

As a means of apology we will be making a donation to the Friends of Hurtwood trust today.

thelumberjack (Jan 22, 2015 at 13:11)
Local politics will give you a mixed reaction to that but many thanks for the effort - I'm sure no real offence was taken and its nice to see a firm with a sense of corporate responsibility.

jameslawson (Jan 16, 2015 at 1:26)
its damn obvious to everyone that goes there that this should not be put on pinkbike.That trail is allowed only by the generosity of the Bray family, custodians of the Estate. It was not to be advertised in any manner,especially by a company selling product. There is plenty of other trails to ride without no promotion requests

krissboo (Jan 16, 2015 at 6:43)
So not only have they named a trail that they shouldn't have, they wanted to add something a bit different to the countless other movies that feature the same stuff their one did. "The filming was something we had a clear idea about and we wanted to add something a bit different into our film so Apex brought a Sony FS700 camera with them that could shoot slo-mo footage in 240 FPS. " Yeah because no one else has done the slow-mo stuff yet.

"The builder put a sign on a tree, asking for that trail not to be shown on PB.

jameslawson (Jan 16, 2015 at 1:24)
Agreed, there is plenty of other trails available, this is completely disrespectful and just shows this company do not care about the people they are trying to sell t shirts and caps too, that quite frankly i could get made on vistaprint for a few quid

jameslawson (Jan 16, 2015 at 1:15)
I definitely wouldn't want to be riding around the surrey hills in there gear after how many locals they have just pi**ed off

jameslawson (Jan 16, 2015 at 1:20)
you must be blind then! or a friend of this producer. its damn obvious to everyone that goes there that this should not be put on pinkbike.That trail is allowed only by the generosity of the Bray family, custodians of the Estate. It was not to be advertised in any manner,especially by a company selling product. There is plenty of other trails to ride without no promotion requests

If someone else robbed a bank would that make it rite for you to do so too?

bagginz (Jan 16, 2015 at 2:29)
Ur missing the point..mr Lawson! The trail was posted on vemo befor the upperdowns filmed there vid.

jameslawson (Jan 16, 2015 at 3:16)
Your momma didnt teach you manners? You have a lot to learn about the mountain bike scene Baggy


plus selling a product on somebody's else;s hard work and disrespecting them is out of order.