Video: The 2019 Partymaster Tour Web Series Kicks Off in Quebec

The Rise is proud to present a 6-episode Web Series covering the 2019 Partymaster Tour. You’re most likely familiar with the concept by now if you watched last year's series, but despite following the same guidelines as the previous Partymaster Tours, it is safe to say nothing was the same.

Whether it comes to the invited riders, the locations visited or issues encountered, the 2019 Partymaster Tour comes as a breath of fresh air pushing nothing but bike riding and rock’n’roll! In addition to its team riders, The Rise invited international riders Tom Kilcoyne (GBR), Max Otzelberger (DEU) and Pavel Alekhin (RUS) on the adventure. Most of the guys were meeting for the first time and had never ridden together, but as soon as they hit the first stop of the Tour, that didn’t seem to matter at all. It almost looked as if the guys knew each other for years and they quickly started hyping each other’s riding and laughing. At that very moment was the birth of a camaraderie that carried on for the whole tour and made for some unforgettable memories. 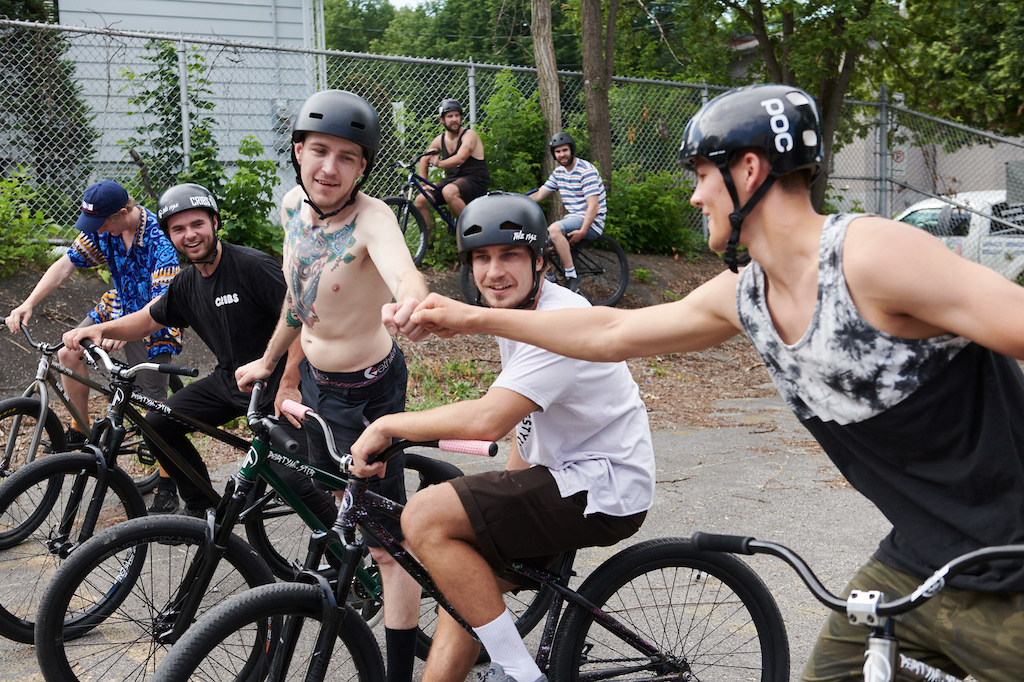 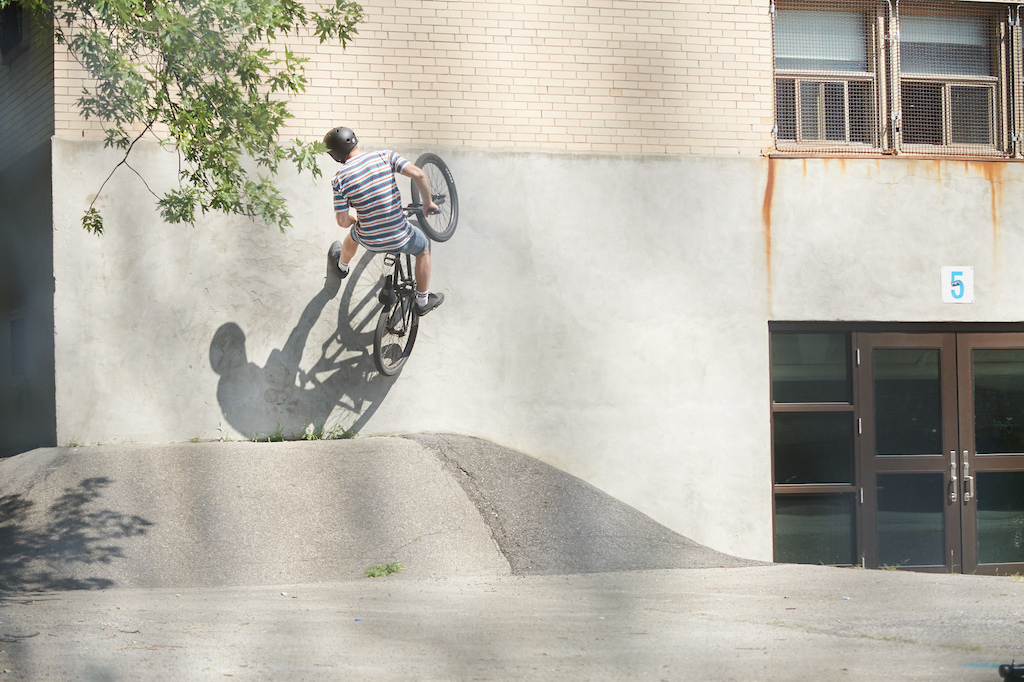 The vibe settles in as the guys warm up

The tour kicked off with a busy first day; starting the day with an early street session at Montreal’s iconic Wallride School, then driving towards Sherbrooke to get ready for their Barn Mayhem event happening later that night. Despite the intense heat and early morning, the session quickly got heated as everyone was as pumped to ride as to watch others. The different options offered by Wallride School are a perfect match for the diversity within the group and everyone found interesting new lines for themselves. 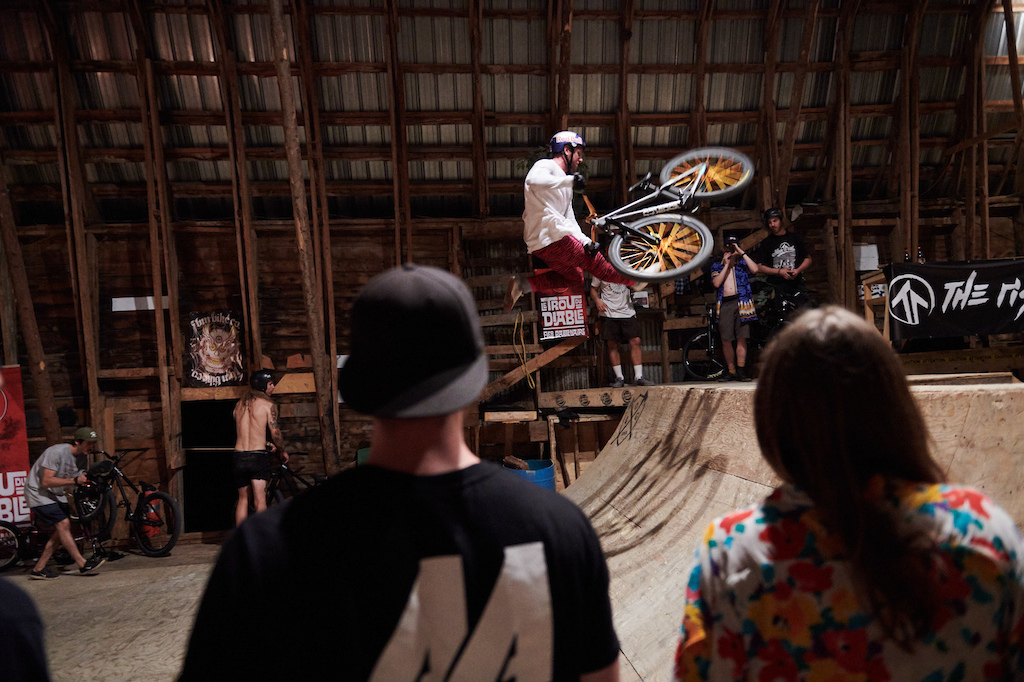 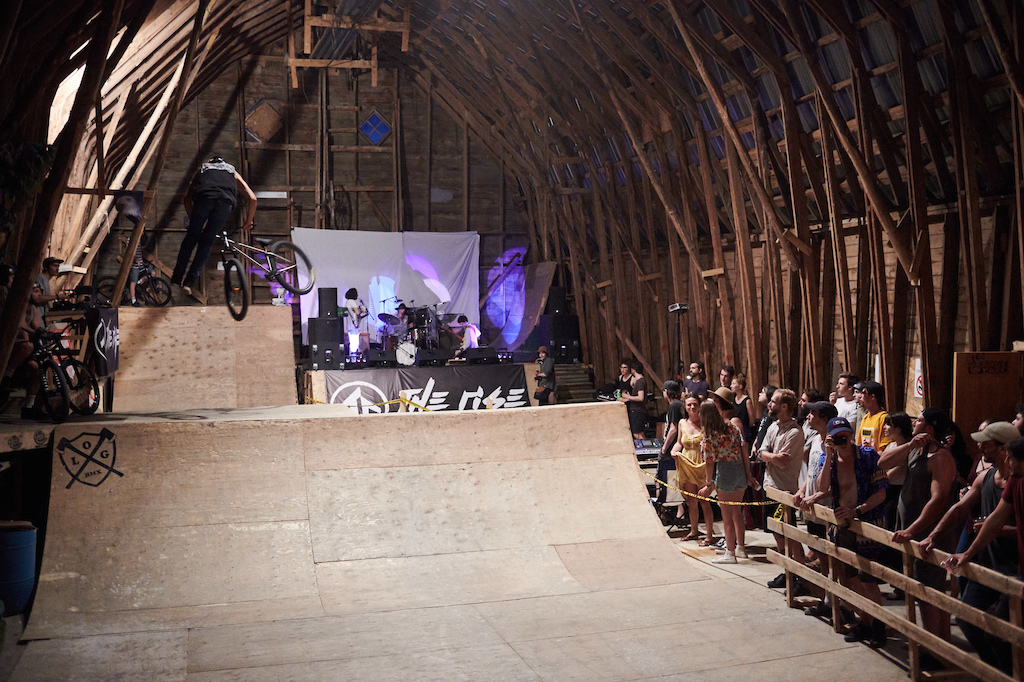 Pavel Alekhin and Max Otzelberger warming up for the crowd

The Barn Mayhem takes place in an old barn hiding an awesome skatepark built by local riders and is the perfect location to blend rock music with bike riding. There is something very special about riding in an enclosed place with rock bands blasting live music in your face as you ride your bike. It feels as if the energy present in that room amplifies and transmits itself back and forth between musicians and athletes. The same goes for the crowd, which might have emitted more decibels than the bands themselves every time a rider pulled a trick. 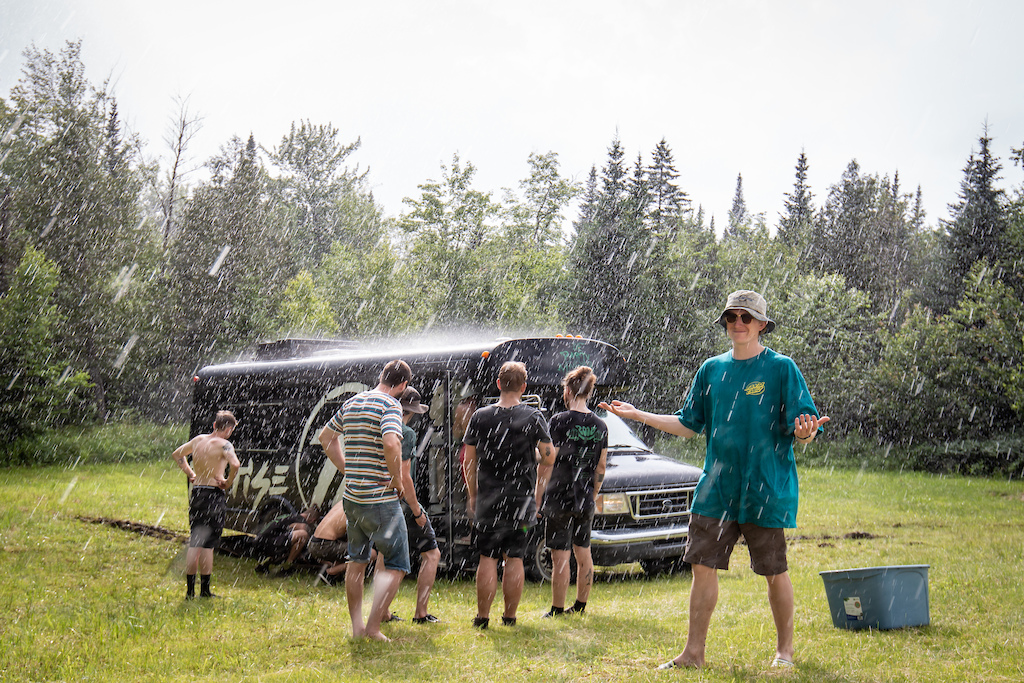 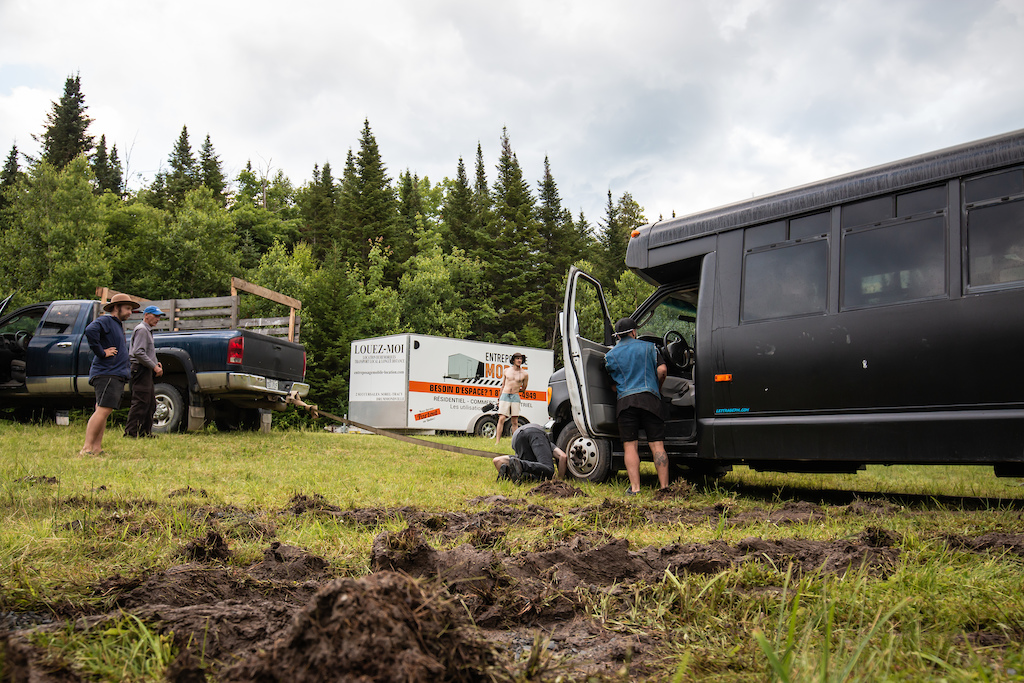 A kind neighbor came to help out as the Tour Bus got stuck in wet grass
After leaving the Barn, the plan was to rent a cottage for a day of relaxation in the middle of the forest. Shortly after arriving on-site, they ran into an unexpected problem that took hours of physical work to solve, putting an unexpected twist to what was anticipated as a day off. Running out of options, the boys went for a walk and found a kind neighbor that was happy to help out, and it worked. What started as a very bad situation turned into a positive bonding experience for the whole crew and brought the energy level up a notch for the rest of the day. 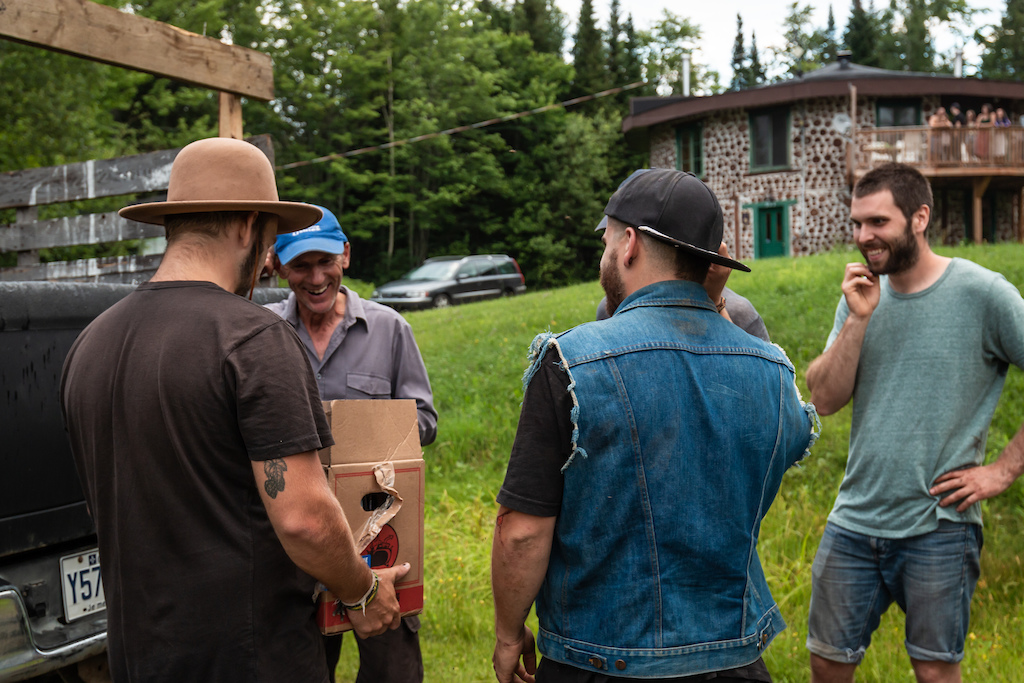 A good gesture deserves a good beer, and we made sure he had more than enough
Next on the agenda is Sherbrooke. They had ridden street 2 days ago, but it was only a few hours spent and the same spot. Now, they had all day to cruise around Sherbrooke for a much anticipated day of street riding. As soon as the boys jumped off the bus, it took no time for the hype to get real and bangers to get stacked! It is sometimes unreal how the energy within a group can motivate an individual to accomplish things riding-wise, and that day was the perfect example. Going big, crashing, trying again for hours, and ultimately landing it provides one of the most rewarding feelings one can experience. 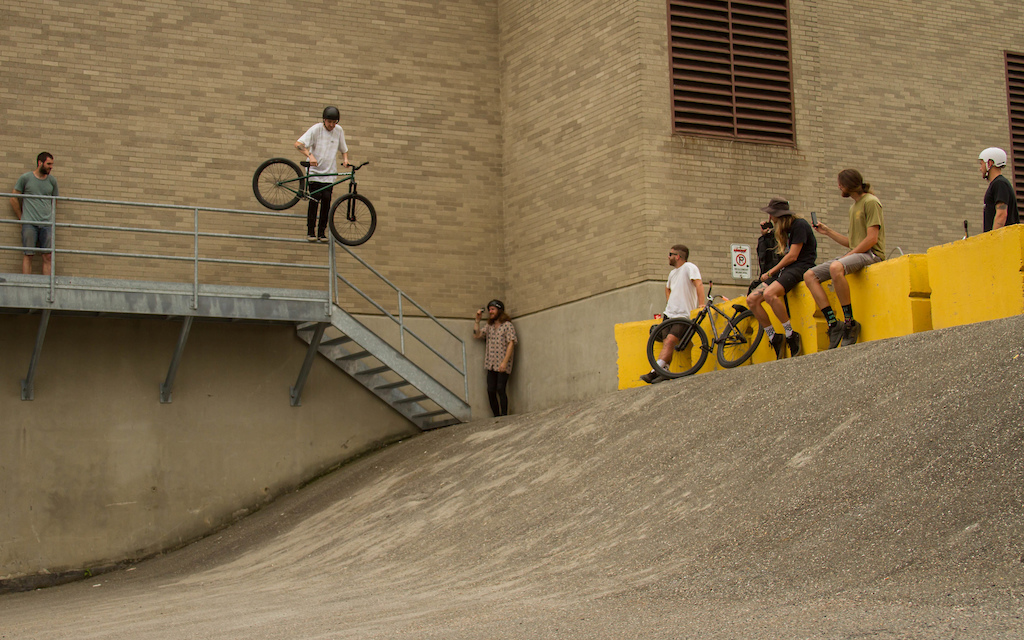 This is what Aidan Horn calls a warm-up spot 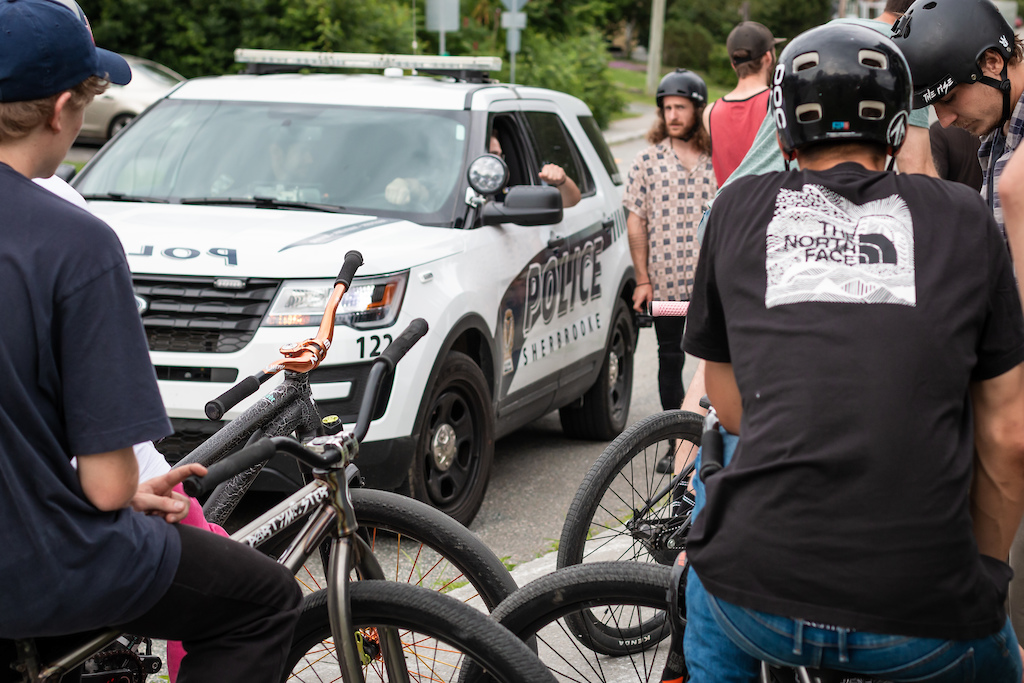 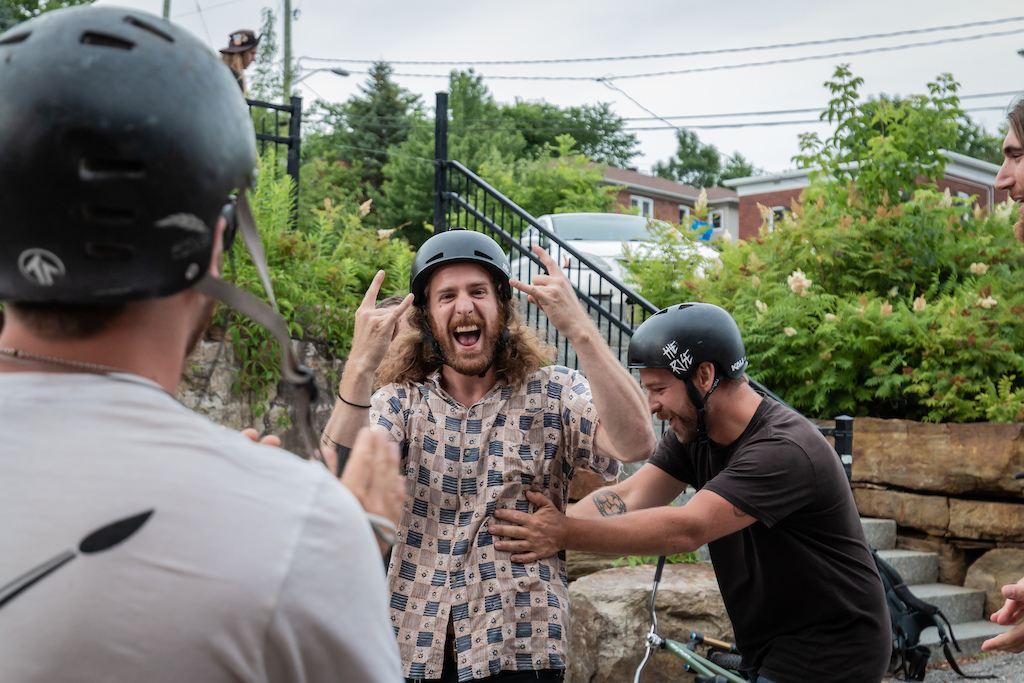 Ironically, the police let us ride as long as we stayed off the bike lane

The beauty of Freestyle Mountain Biking is that you can have fun with it pretty much anywhere. After riding street and park, it was time to hit Le Centre National de Cyclisme de Bromont. With features ranging from dirt jumps, skateparks and pump tracks to an Olympic velodrome, the crew spends the day riding all over the place and hanging out with the kids. While some guys were sending it on the jumps, others found their share of obstacles to ride and even did a few fixie races around the Velodrome. 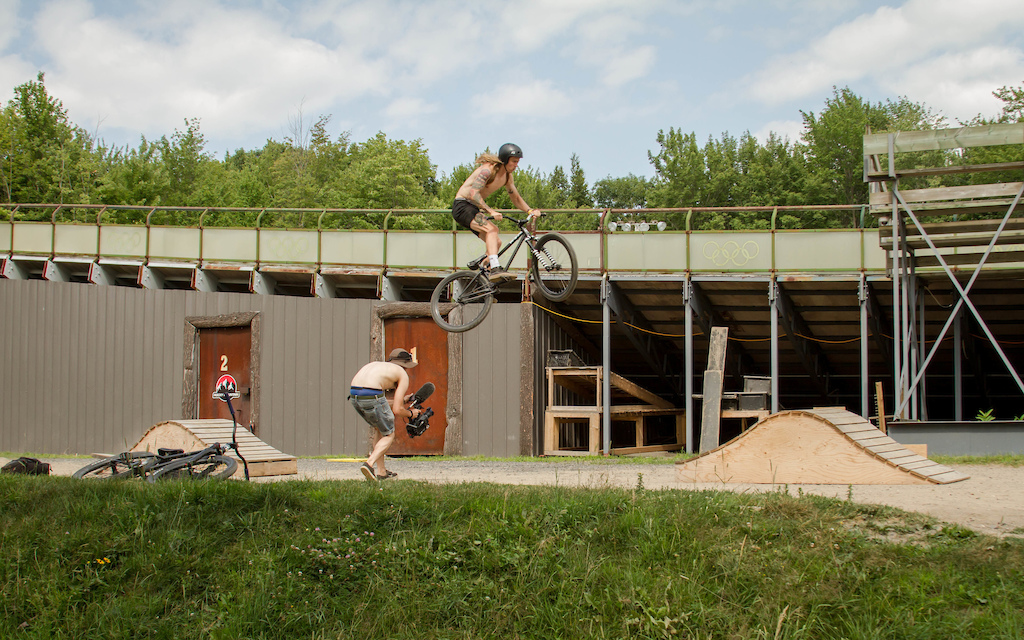 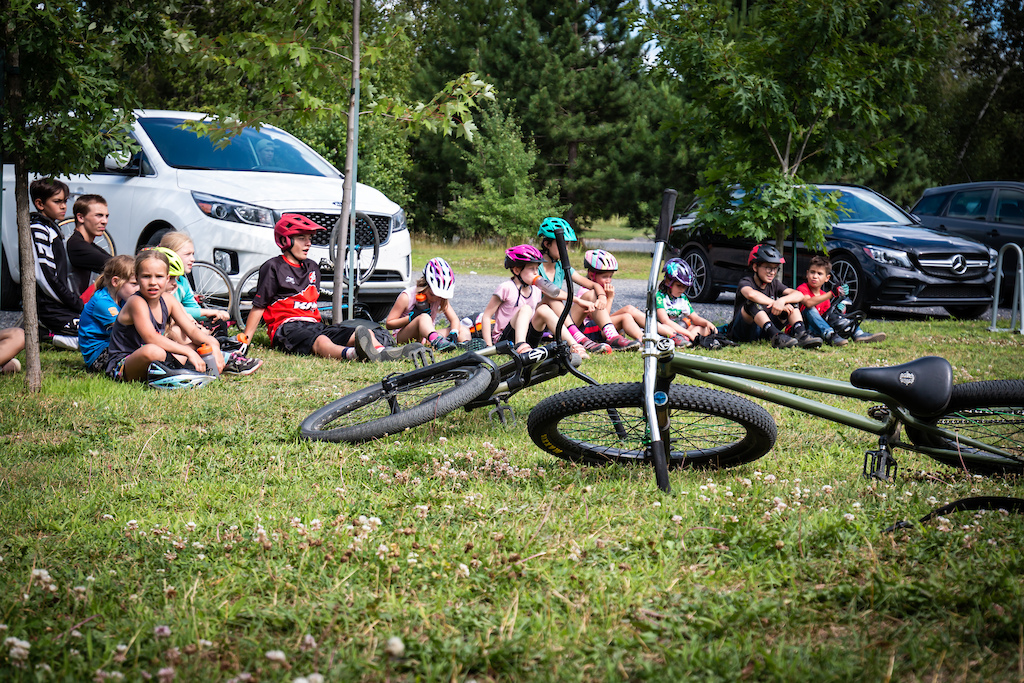 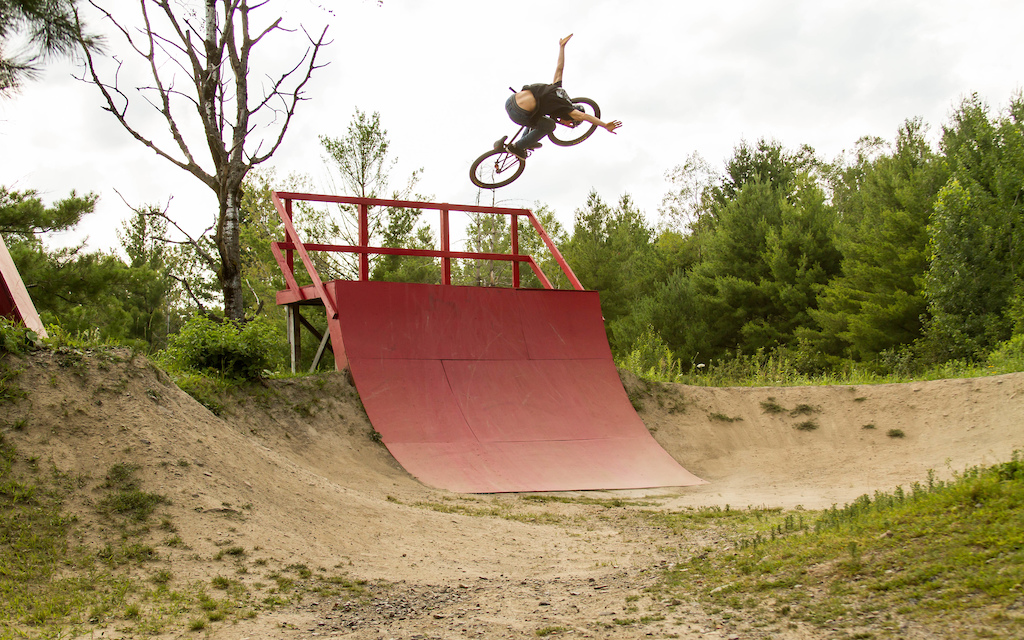 The kids enjoyed every minute of it
Victoriaville is a relatively quiet town, yet it holds one of Quebec’s best-kept secrets: Dave’s Backyard. Dave Vallée is a Quebec BMX Legend who owns land on which he built an impressive riding facility. Once we contacted him to stop by during the Tour, he immediately agreed and made sure everything was ready for us. The crew spent all day shredding his compound and then proceeded to celebrate Dave’s birthday, in a very unique way to say the least. 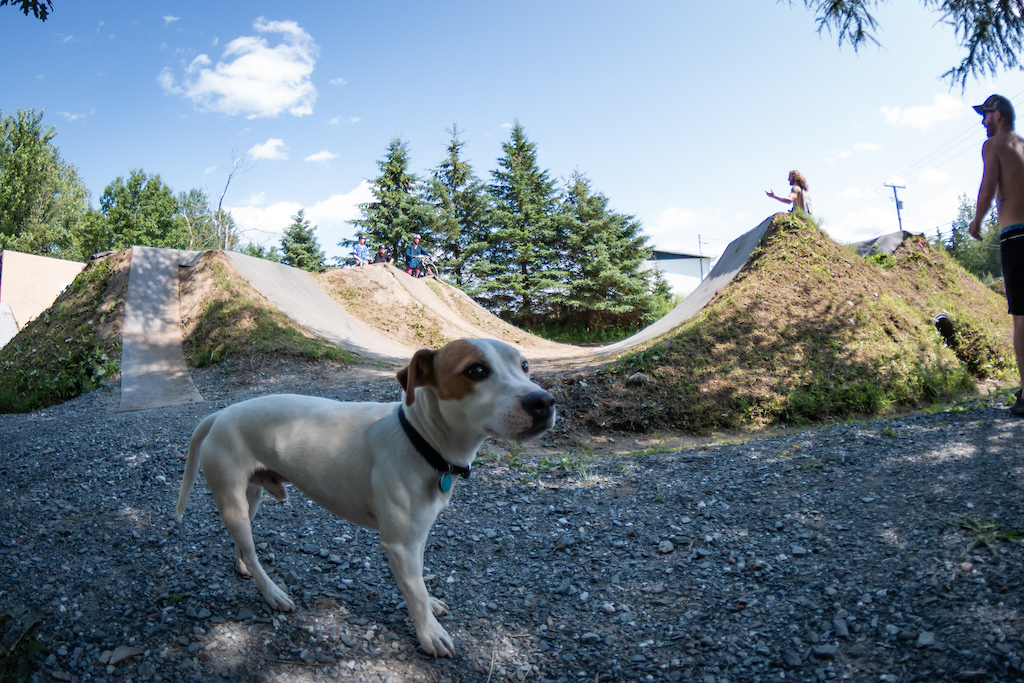 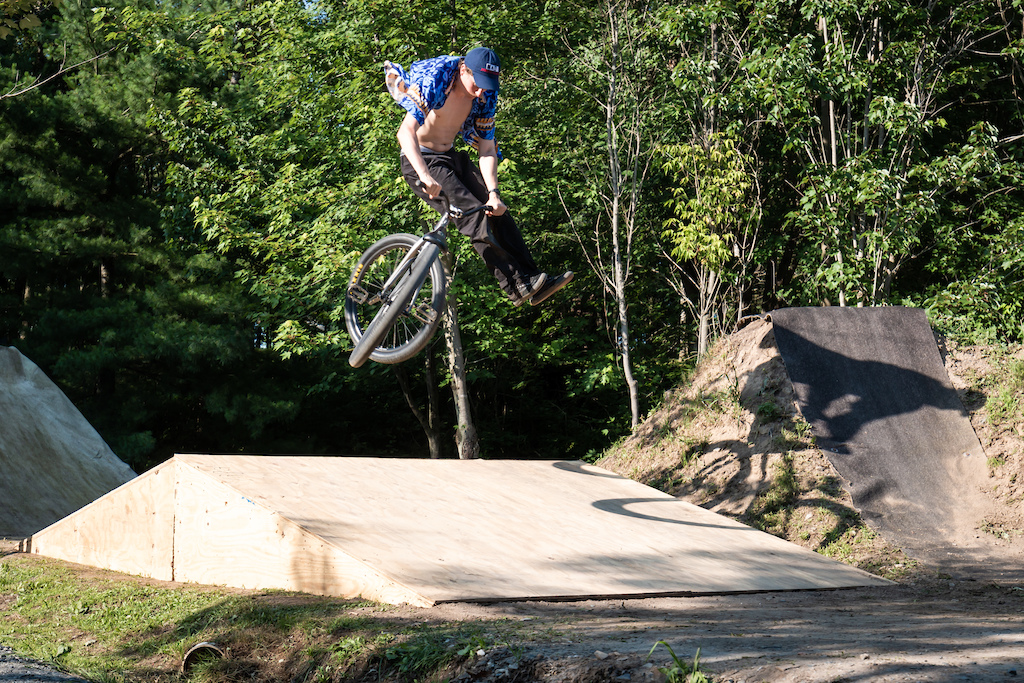 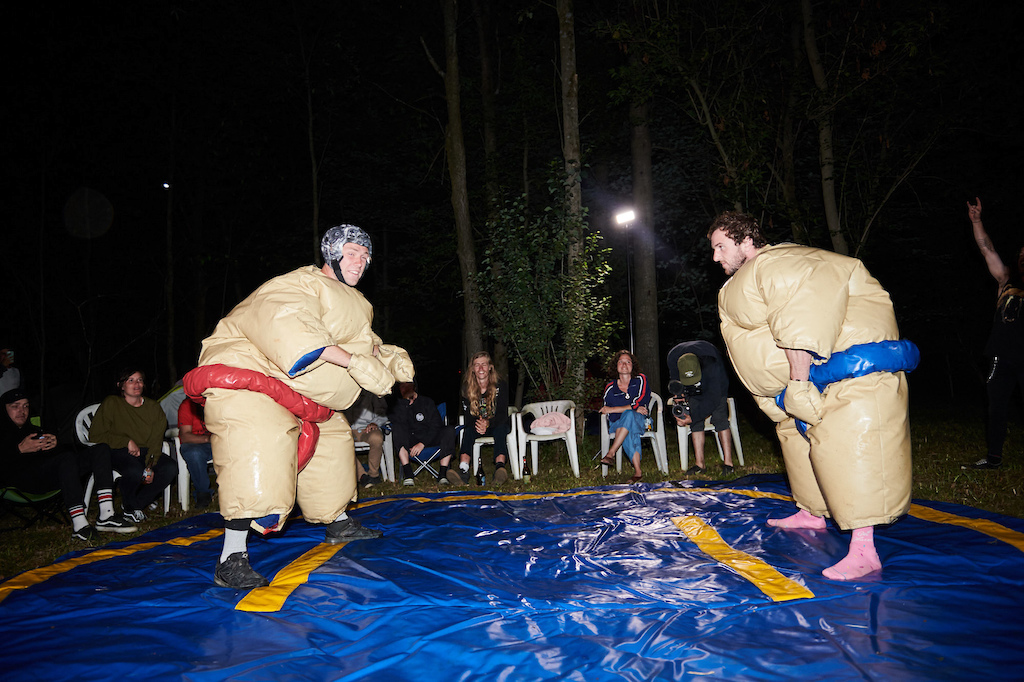 Matt Macduff vs. Pavel Alekhin. Who do you pick?
The Rise is proud to count on the support of Industry Nine and Le Trou Du Diable for turning this dream into reality. The remaining episodes of the 2019 Partymaster Tour Web Series will be released in a month on youtube.

drpepperrider2 (Mar 25, 2020 at 10:22)
Anytime I see something from The Rise it feels like a warm blanket with a hint of nostalgia.