Clad in a long sleeve flannel shirt, work boots, jeans, and a guide pack, Josh Bender pushes play on his smartphone. Beats from the early 2000's erupt from the mini speaker dangling from his pack, and a gloved finger hits the power button on his triple clamp outfitted E-bike. His distinct voice rises above the excited chatter of the group, and focuses our attention on some key tidbits of trail details that lay ahead. As the briefing comes to an end, Bender gives one more shout and charges into the lead, as the rest of the group and I chase after in a sinewy trail of dust and excitement.

Shredding With Bender feels raw, a little wild. It feels like jumping into a old beat up truck with your friends, hammering laps on your local shuttle trails, grins on your faces and grit in your teeth.

Even though its obvious that Benders rips these trails on the regular, his enthusiasm comes across with loud yells and hoots as if hes at a rock concert. This passion isn’t fabricated, its part of Benders DNA, he’s a MTB hall of famer but he’s a TRUE fan, deeply connected to the sport.

In a way he’s always been an outsider, though. As a pioneer of freeride, big cliff hucks, and one of the founders of the Red Bull rampage, he’s been somewhat misunderstood, as many visionaries are. His passion and stoke for the sport has never wavered, however. Like the the story I heard at Rampage practice while Tyler McCall was lining up to hit his monster step-down for the first time. He’s the one guy that was unabashedly yelling at the top of his lungs, “YEAH T-MAC, YOU GOT THIS, WOOOOOOO!” While everyone else present, silenced by the awe of the moment, and reluctant to mess with someones head space, stayed quite.

His stoke for mountain biking, and mountain bikers, whether you’re T-Mac, or some skier-guy like me, feels genuine and is infectious. We flash like speeder bikes in and out of large pines, soar down tunnels of manzanita, and smash through rock gardens. Railing corner after corner. All the while Benders hoots, and hollers, fill the air, and by ripple effect so do mine. 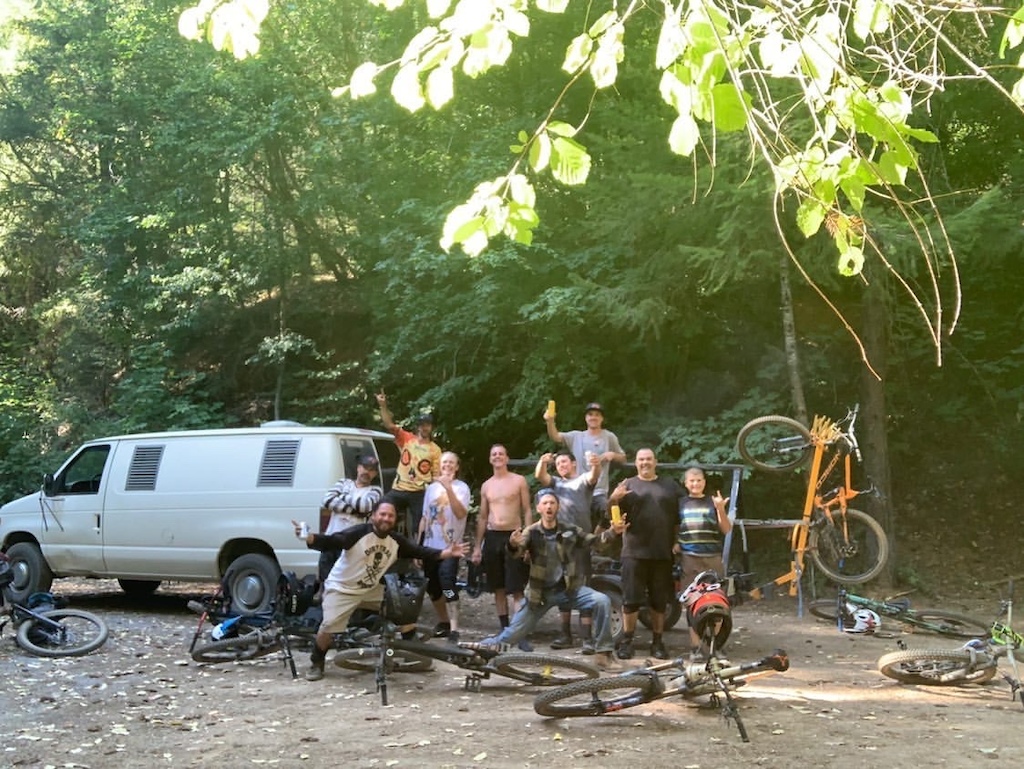 KavuRider (Aug 29, 2020 at 6:42)
I read an interview with him from a few years ago and apparently he sold it to fund a pump track/bmx park in Virgin.

He said it went to some guy in Asia. So the Apocalypse is out there, somewhere...

Think his custom Canfield now belongs to Jeremy Hottinger, saw some photos/vids of him on IG hucking it in UT.

farmingdalehc (Aug 29, 2020 at 13:25)
@KavuRider: last time I went to rip shuttles in Georgetown he was the guide for the only shuttle company doing business in town. Now he's doing his own. Not sure how the other company feels but id be pissed

KavuRider (Aug 29, 2020 at 17:02)
@farmingdalehc: I noticed that it used to be Rubicon Area MT Bike Expeditions, then it suddenly changed to Shredding With Bender.

h82crash (Aug 29, 2020 at 13:50)
For Bender I imagine after all the massive crashes he's been through that pain and arthritis are hitting him pretty good these days and it's likely e-bike or no bike.
Below threshold threads are hidden

humoroususername (Aug 29, 2020 at 7:06)
Fair play to him enjoying what he does but I cant understand for the life of me how someone riding for as many years as him can look so unstable on a bike. He appears to have not even mastered basic cornering skills or line choice watching that.