Join myself, Manon Carpenter, and long-time riding buddy Emily Horridge on a multi-day tour around Mont Thabor, a 3000m peak nestled deep within the French Alps with our respective partners, Christian Stenvall and David Billings. 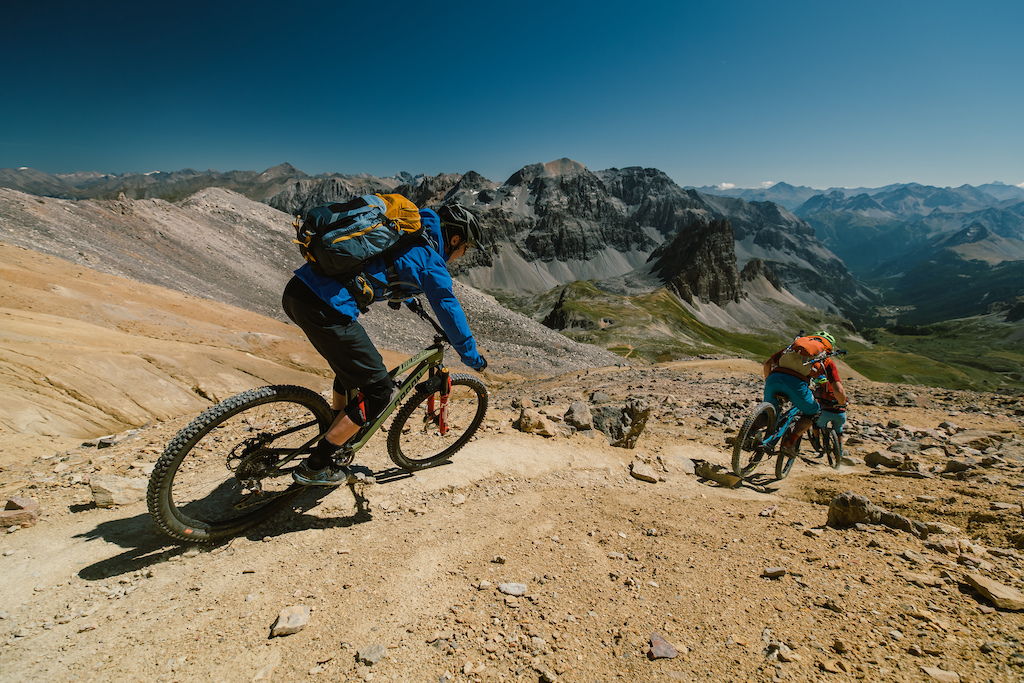 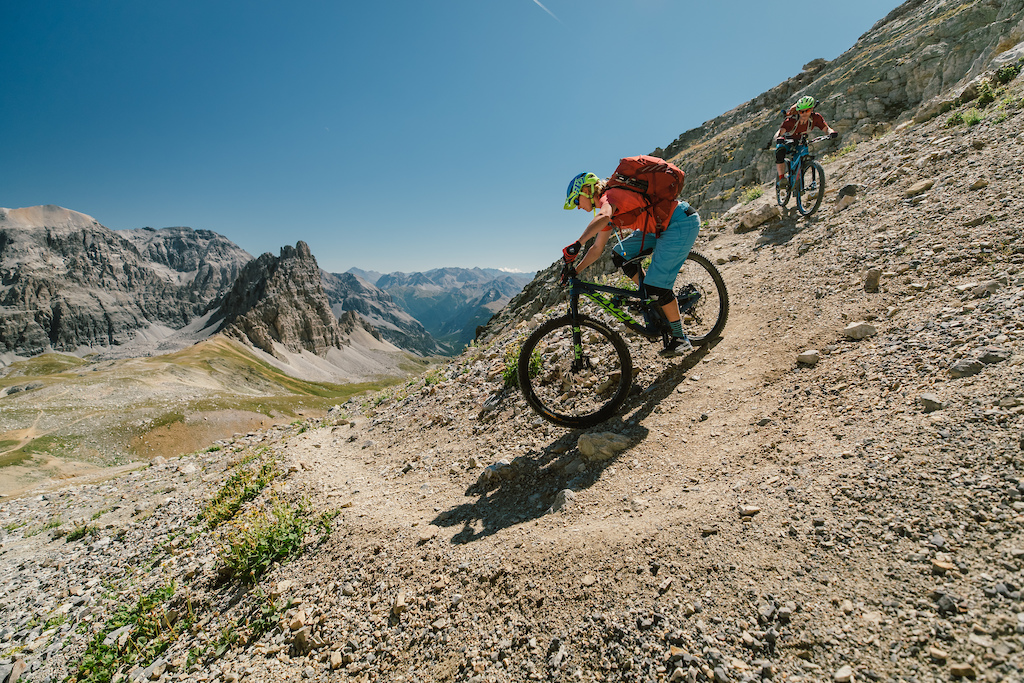 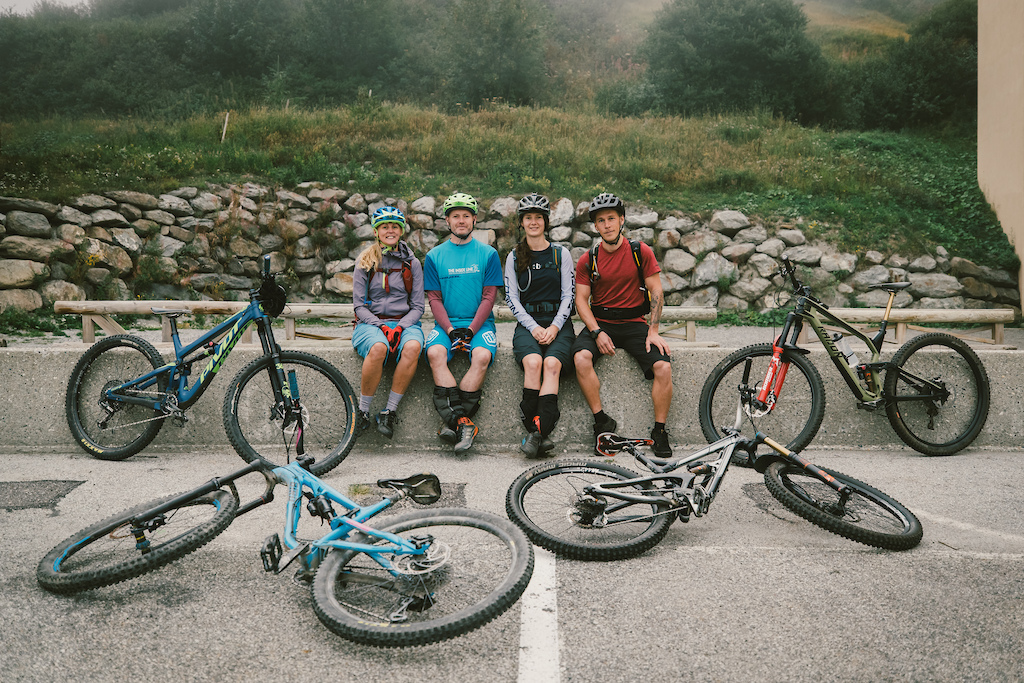 The team.
The French Alps aren’t that far from home for us, even closer for Emily and David who have been living in the French town of Les Arcs for the last 8 years, but they host incredible terrain and mountain refuges for people to overnight in. All you need is a bike and a backpack to find yourself on rarely ridden singletrack, surrounded by amazing scenery and with some big ol’ mountains to challenge legs and lungs. The presence of “hosted” refuges in the Alps means you can experience big mountains without having to carry bulky sleeping equipment and food, so you have a lighter pack and the riding experience isn’t restricted by the weight you’re carrying. This makes bike-packing in the Alps the perfect combination of adventure and real alpine riding, without compromise. 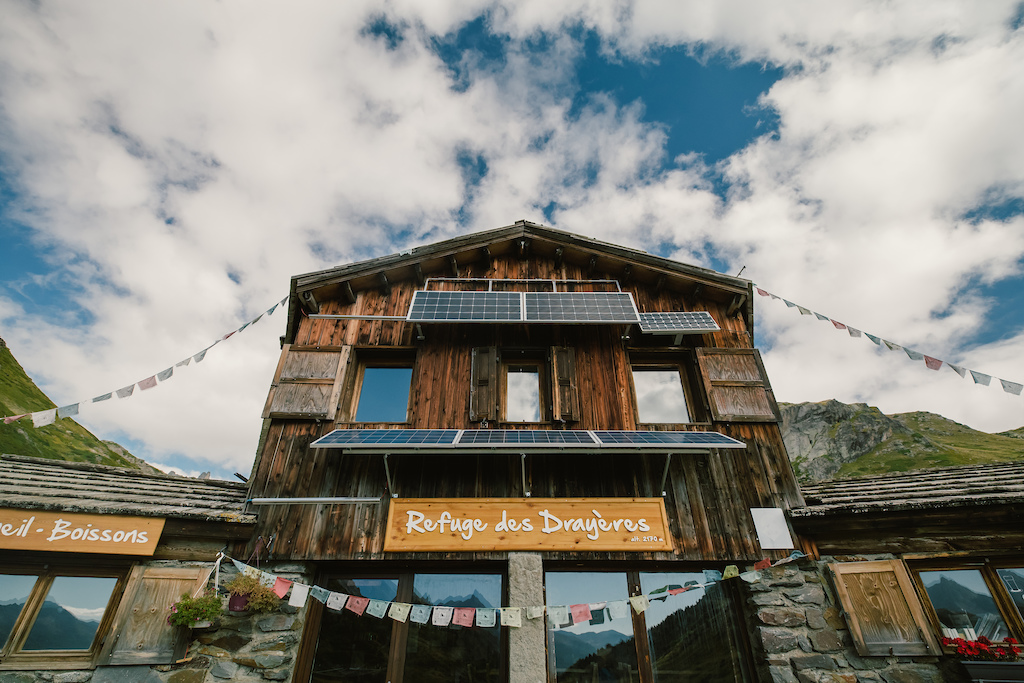 The build-up to this trip has taken place over the last few years, with Emily first introducing me to ‘hike-a-biking’ in the summer of 2017. I hadn’t touched a mountain bike in just under a month after stepping away from the World Cup DH race circuit in August, and found myself chatting to Emily and booking a few days to go visit and ride. Emily had moved out to Les Arcs in 2012, and progressed to become the first British woman to successfully pass the French guiding equivalence test in 2016, having been a British qualified guide since 2007. Shortly afterwards, she set up her own guiding/holiday company, The Inside Line MTB. She’s long had a passion for back-country adventures, so joining her and David on a hike-a-bike day trip up the mother of all steep alpine slopes, to swim in a lake at the top and enjoy half an hour of descent back down to the valley floor was exactly what I had needed back then. Prime singletrack that goes on for so long you can’t help but follow the flow and take each corner as it comes. 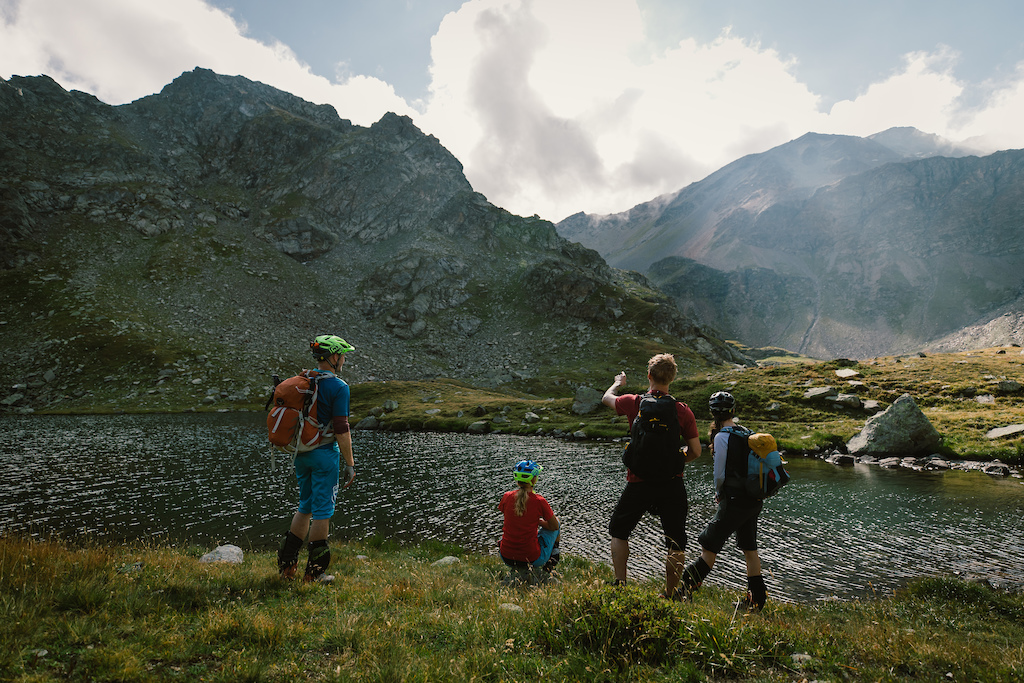 Alpine lakes, the perfect excuse to rest the legs and shoulders… 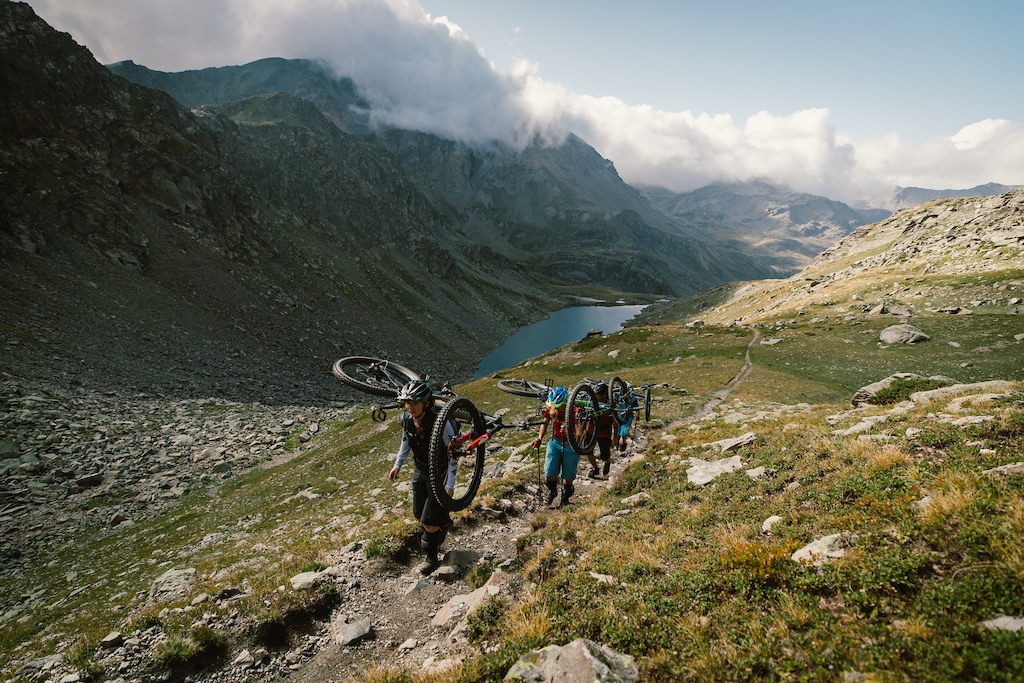 Before the ascent continues.
Since that short trip, while Emily and David have continued their many back-country trips in the Alps, I have been testing the water with Christian with a multi-day ski trip in Lapland and a spontaneous overnight MTB refuge trip near Verbier in 2018. A final, very fun overnight ski trip at the beginning of 2019 sealed the deal, and Emily messaged to say that Christian and I had to plan a hut-to-hut trip with her and David - and that she had had one in mind for a while! Mont Thabor: A three-day bike-packing trip, but with an extra day added in for a jaunt close to the Italian border. 112km distance and 5052m elevation gain all in all, starting at 1800m elevation in Valmeinier and with a mixture of riding, pushing and hike-a-bike to get us up the climbs by good old-fashioned leg power. 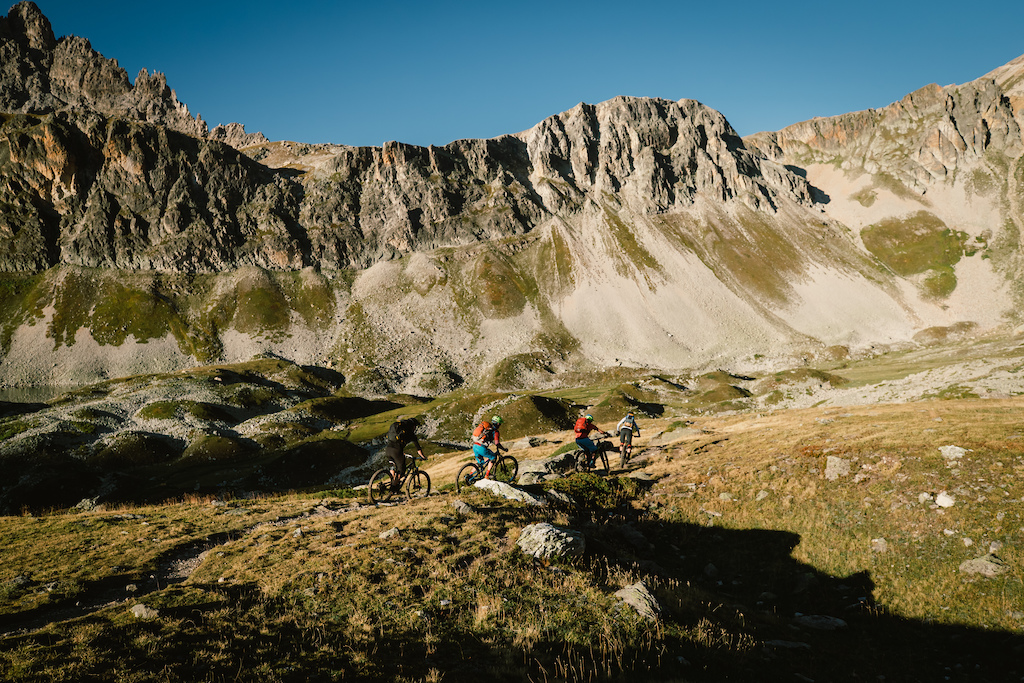 Early morning sunlight and an easy start before the main climb begins. 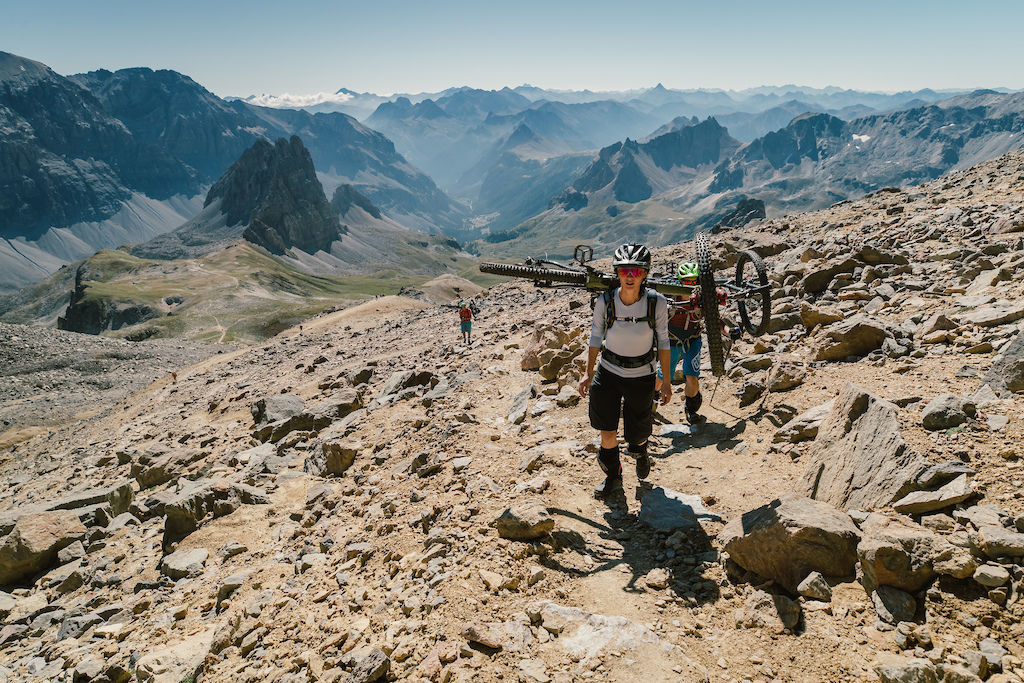 Views for days and jaggedy, loose rocks for the ride back down. 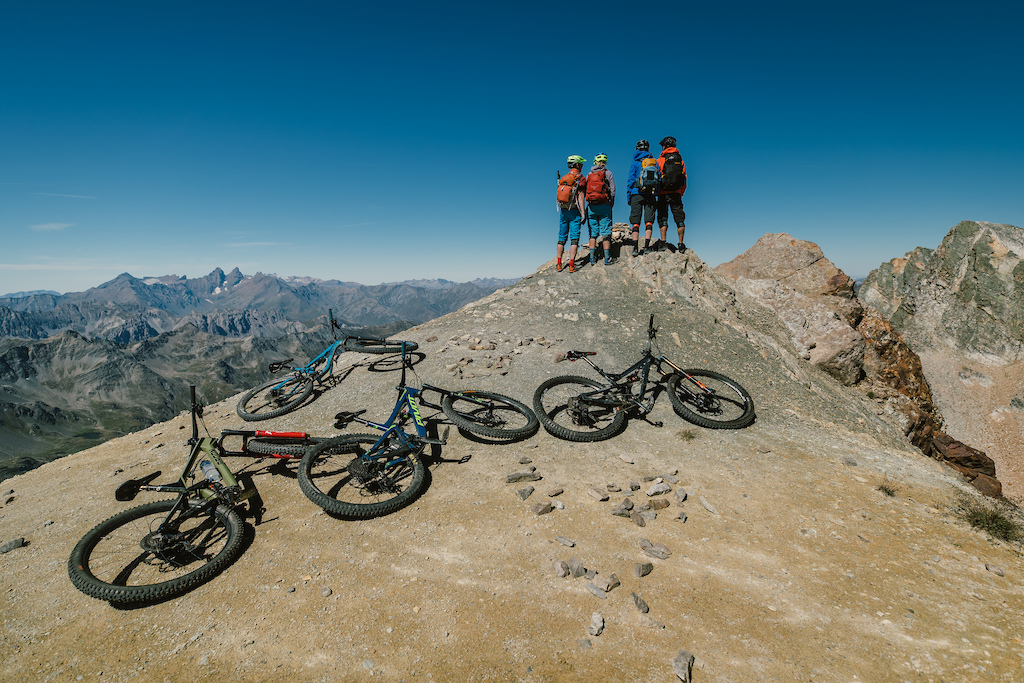 Taking a moment to take it all in. 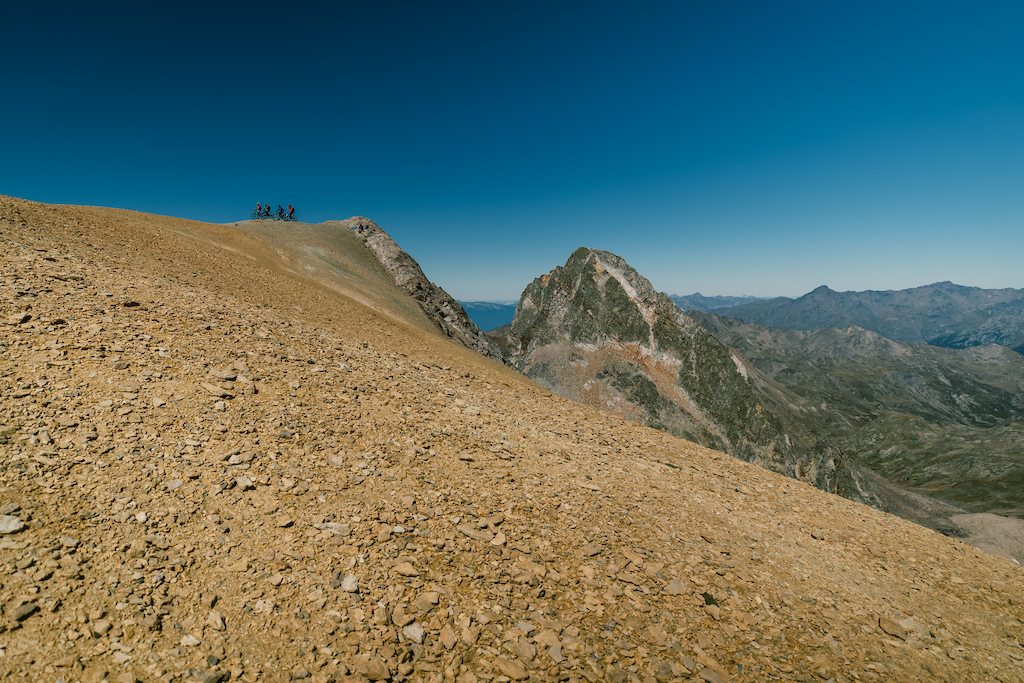 None of us had ridden this route before, and Emily had heard a few mixed reviews of the descent down from the summit of Mont Thabor. As it turned out, every descent was amazing with perfectly varied singletrack made all the better by the effort we had put in to get there. We made the trip in early September, set off in dense mist and returned to the same thick cloud, but the days in between were beautiful. Being out all day in the mountains, with nothing to do but make your way to the top and enjoy the descent back down, all in the presence of great company was brilliant. Each of my very best moments this year have been days spent out in the mountains, more than likely spending the night there too. The Tour du Mont Thabor is going to be a highlight for a long time. 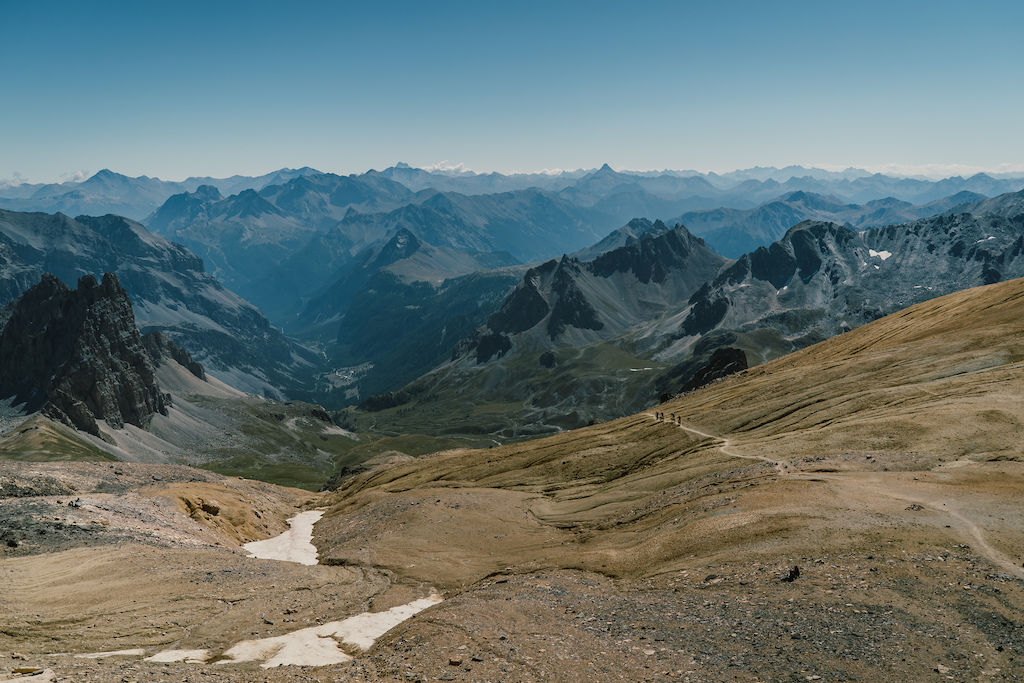 Time to head back down... 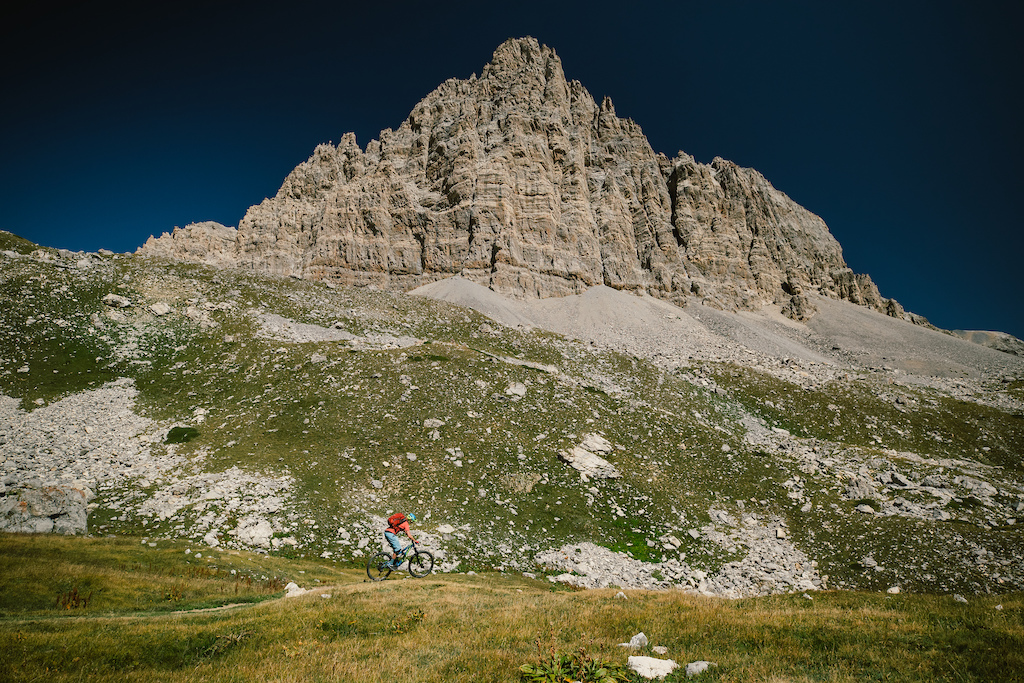 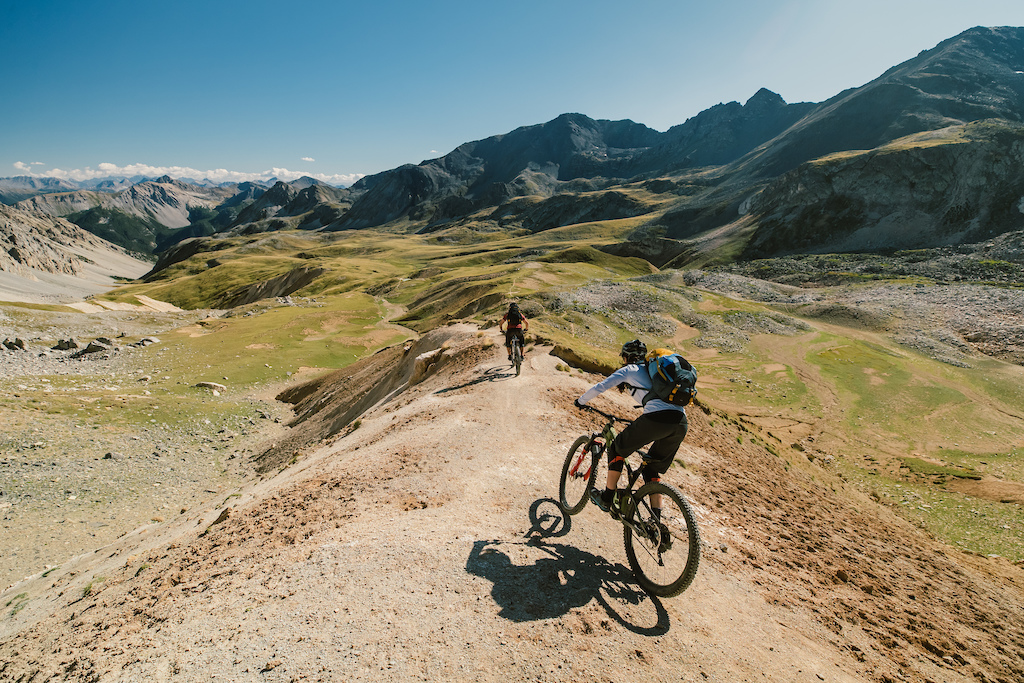 And a long way down it was!

Bonus footage: The full footage from the descent from Mont Thabor summit added up to over 20 minutes. Only a few clips from the descent made it into the final film, so here is an extended version of the best bits, for anyone who wants to get a look in.


Having GoPros attached to four people for the best part of four days ends up with quite a bit of footage - some that should or shouldn't ever see the light of day! More 'best bits' bonus footage from the trip includes some trailside maintenance, a few crashes, some silly exclamations and a solo:


Special thanks go to Adidas Terrex for making it possible to document this trip, to Emily for the route planning and guiding, David and Christian for the great company as ever, and definitely not least to Laurence CE who shouldered his camera bag for the entire trip to make this film happen - and kept good humour while at it! 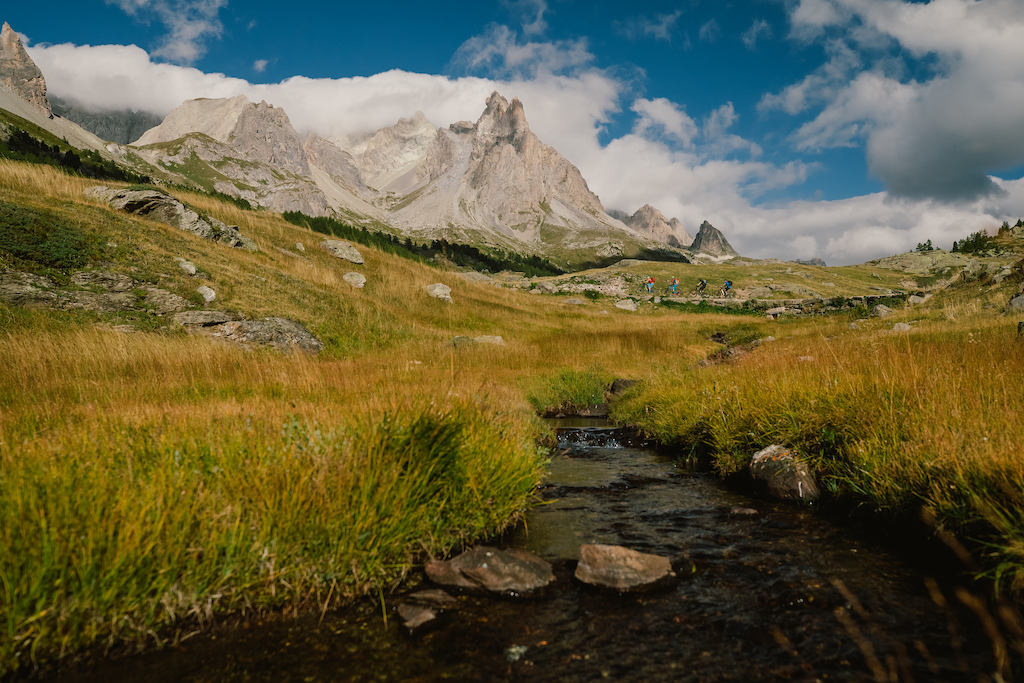 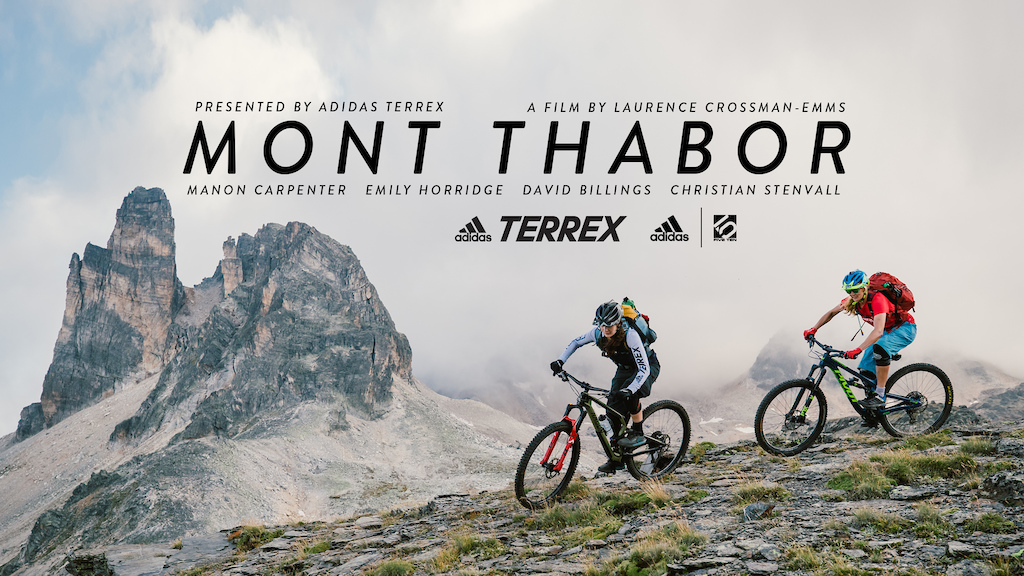 Manon seems so fulfilled living that new page, and fitter. Brave and smart move to leave WC racing when she did. Please continue to make those dreamy adventure edits.

jurassicrider (Jan 9, 2020 at 4:55)
Tour du mont Thabor is one of my favorite 2-3 days ride to do at the beginning of the autumn. fewer people, temperatures are cooler, colors start to change a little bit. the climbs are never too long, even if you have to carry the bike all the way up. The descent from the summit is really fun: not too technichal, but with a nice steepness and the views are really amazing.

Another possibility is to bring a tent: www.expemag.com/article/en-france/tour-du-thabor-a-vtt-bul

gravitysgirl (Jan 11, 2020 at 13:40)
@granjak: when we went up there (i.e when this was filmed, autumn 2019), there was a massive sign on the door of the chapel on the top saying it was unstable and not to go inside. It may even have had the door blocked so you can't, but I can't remember. So don't plan on doing that. It's also way more comfortable to stay at a refuge

sammorris (Jan 13, 2020 at 12:29)
Wow, makes me want to explore and go on more adventures on my bike for sure. Brilliantly filmed and edited and it captures the fun and sense of adventure well. More stuff like this from Manon and Emily pleeease!

The only shame was we didn't see Bernie making an appearance :-(

glasvagas (Jan 10, 2020 at 3:26)
When is faff, faff? When it starts eating into planned riding time? And is faff just an excuse for being ill prepared?

Supermoo (Jan 9, 2020 at 8:12)
Although a cool story and alpine trip, you can see why everyone wants to head to Canada to ride.