BC homeboy Ace Hayden might just well be one of the most underrated riders out there. In his latest project Ace sends it in the dauntingly awesome edit ‘Shred-it’. YT Industries teamed up with the Canadian and Rupert Walker for the atmospheric video which was filmed in Ace Hayden’s ‘backyard’ on Vancouver Island. 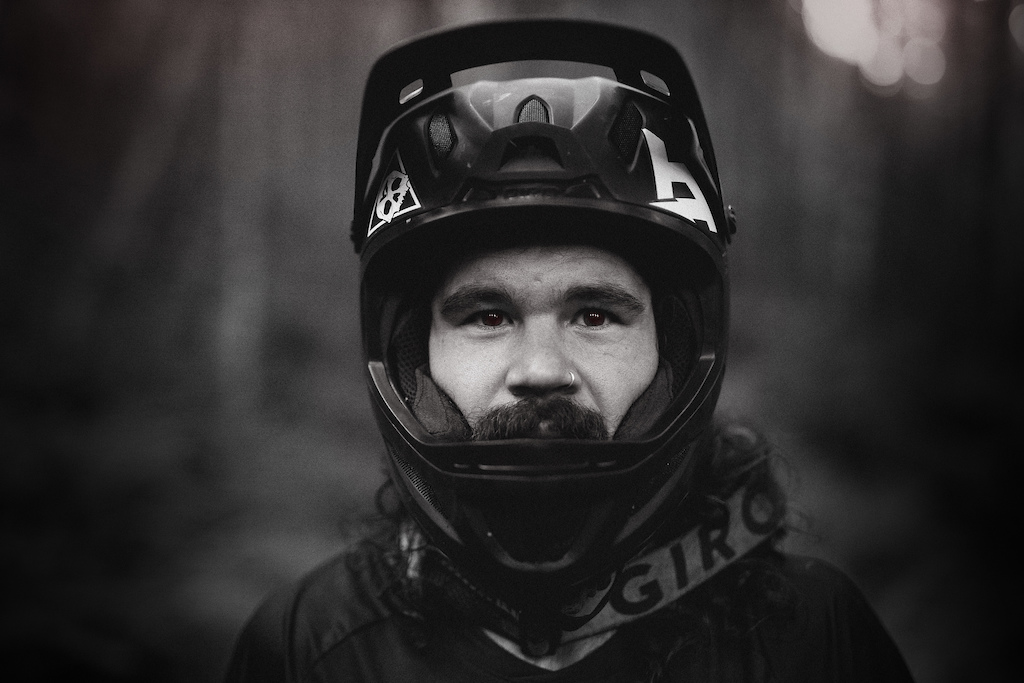 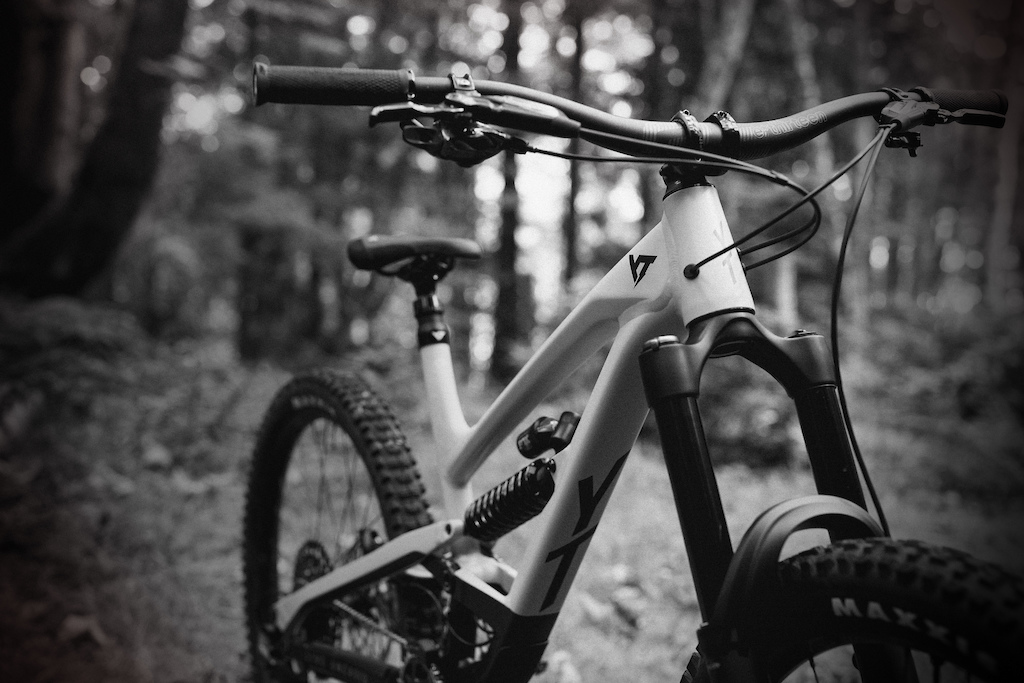 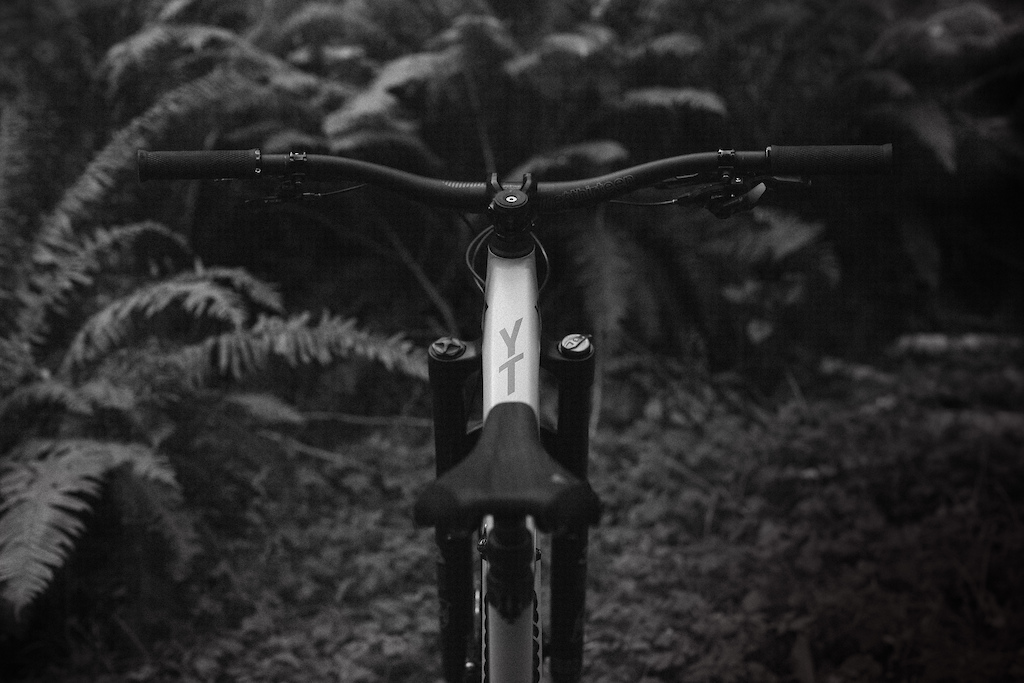 The 28-year-old moved to British Columbia with his parents at the age of 15 which led him to discover mountain biking and his passion for two wheels. Hayden sends anything from dirt bikes to downhill rigs with impeccable style and in this latest project the Canadian takes on BC’s trails on the aluminum Capra Shred – YT’s only series MTB with a coil shock. 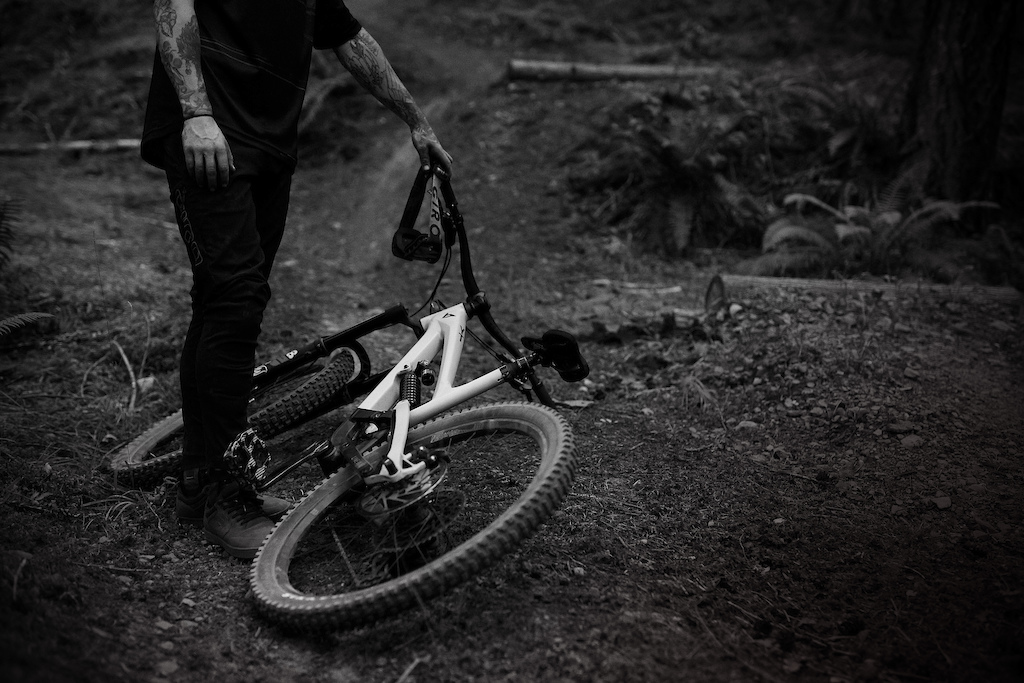 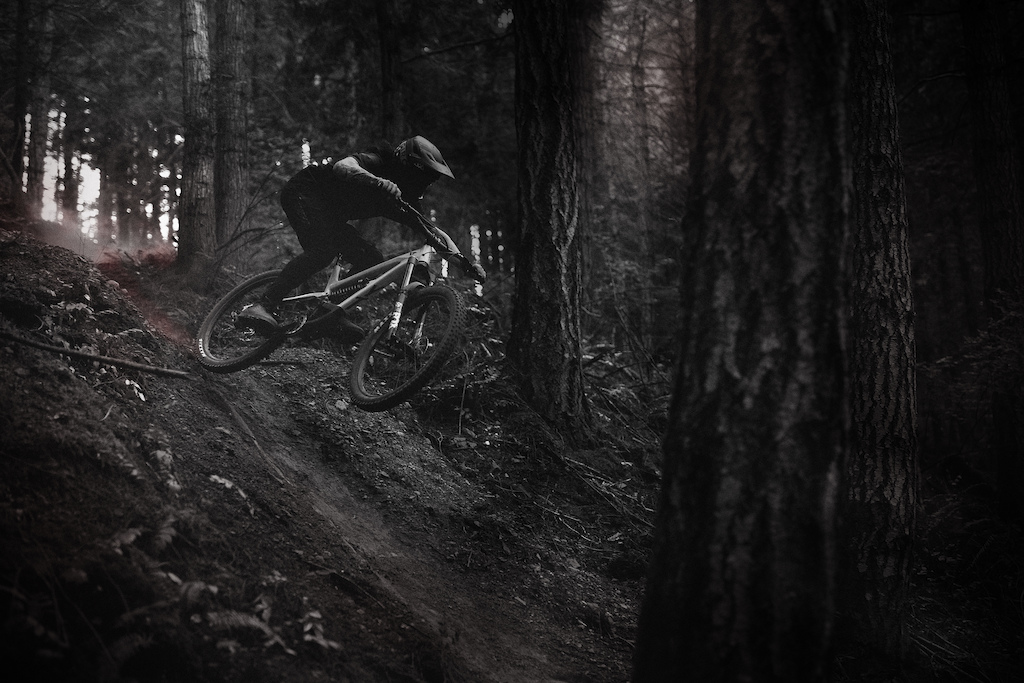 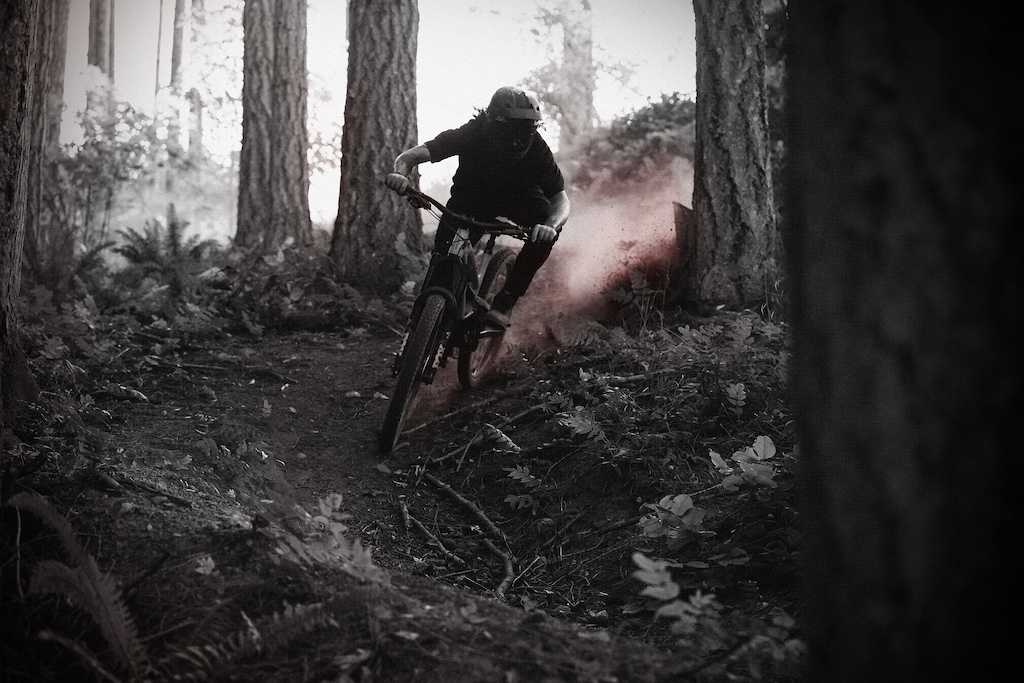 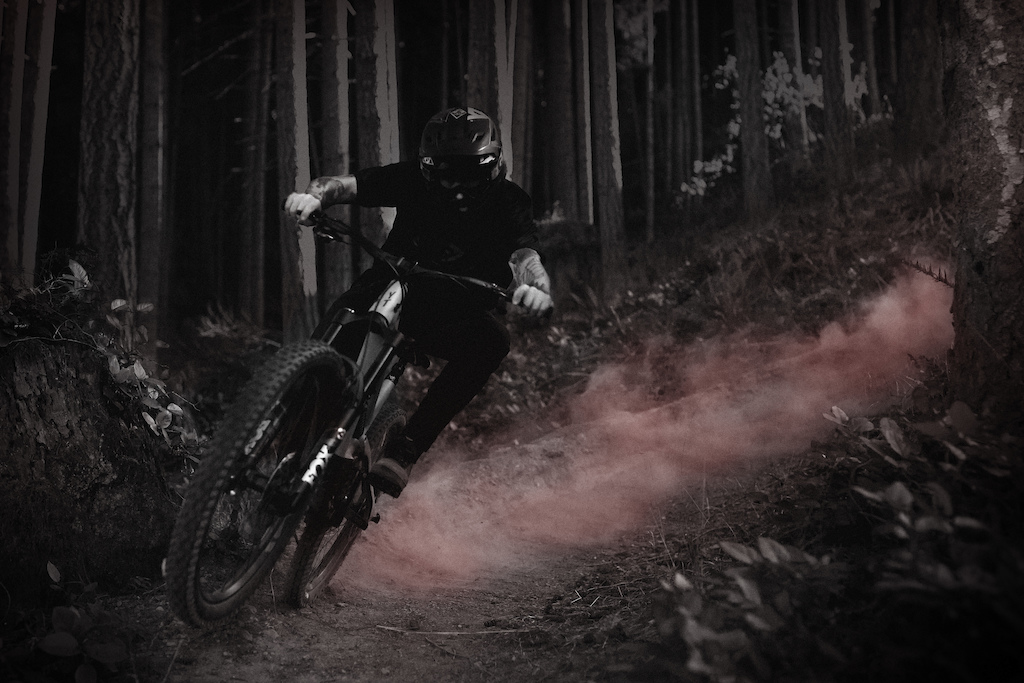 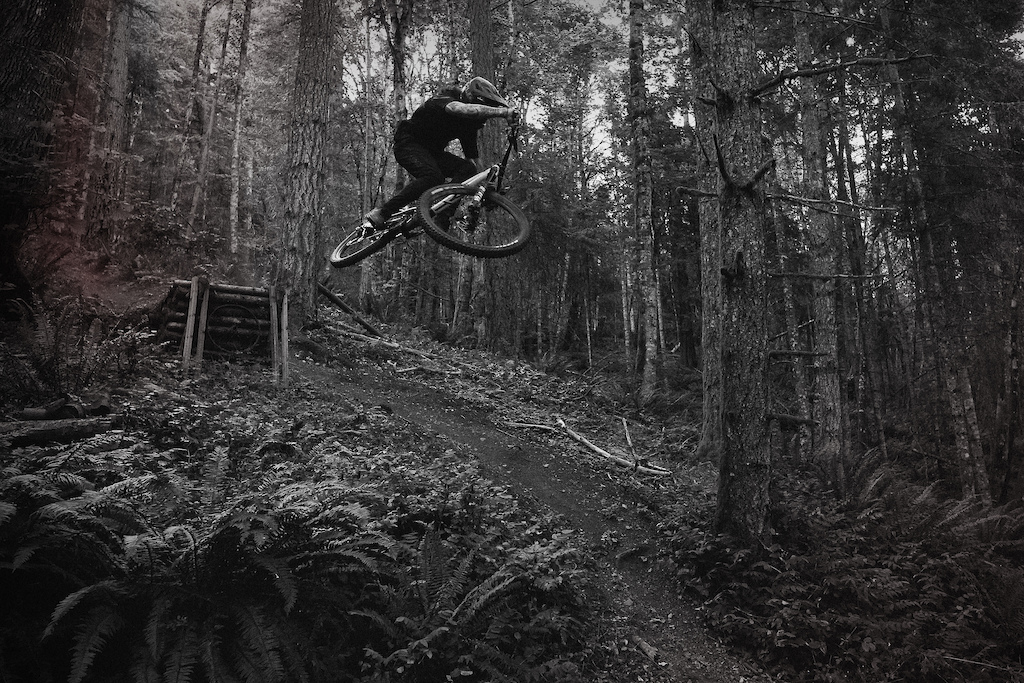 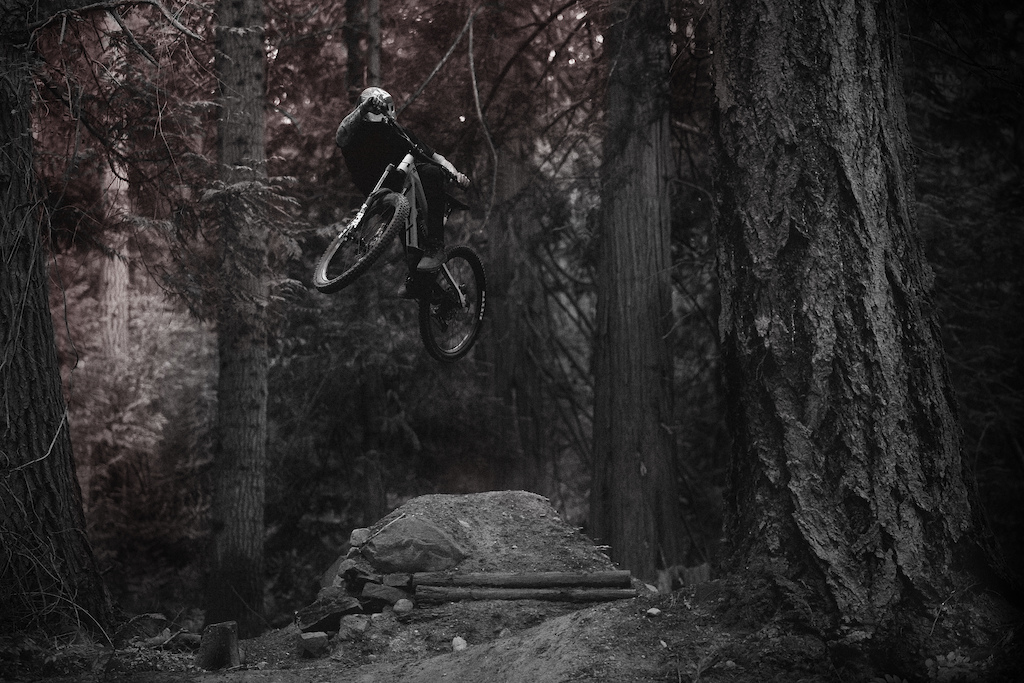 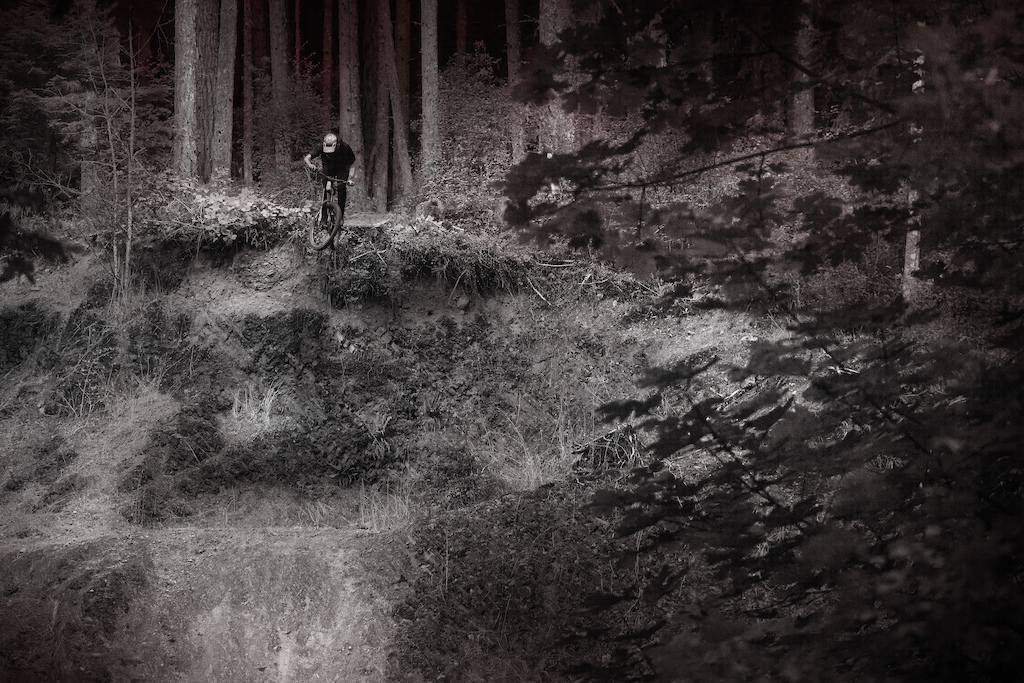 mateo5 (Aug 26, 2020 at 9:10)
Trying too hard imo... Objectively, fucking annoying listening to that satanic like chant as background soundtrack!

trollhunter (Aug 26, 2020 at 10:09) (Below Threshold)
WTF is up with this satanic BS - definitely never buying a YT bike and I’m not even religiou / a stupid good fearing human. YT the masochism bike Manufacturer test out their bikes you fullest and feel pain as their carbon cracks! I still can’t believe clips seeing their Tues DH bikes being pulled out of camera view at Rampage after catastrophic failure last year. These days Commecial, ploygon and Cayon provide better value for direct to consumers. Retails brand have also been stepping it up. YT is headed to satanic demise in pits of hell.

TommyNunchuck (Aug 27, 2020 at 1:41)
@trollhunter: It's not Satanic. It's medieval, northern European mythology and folklore. It predates your Hollywood, Mickey Mouse, God Vs Satan Franchise.

SassyTheSasquatch (Aug 27, 2020 at 2:30)
@TommyNunchuck:
The "Man with the head of a Black Goat" aka, "Baphomet Sabbatic Goat" was made the official symbol representing Satan himself by the church of Satan in 1960.
It is actually an ancient Pagan Deity symbol associated with the Occult and Witchcraft with connections to islam.. it was worshipped by the original Knights Templars.

endlessblockades (Aug 27, 2020 at 14:37)
@TommyNunchuck: Exactly. Christianity is a genocidal plague that set Europe back 1000 years when it swept up from the desert and capped every single Pagan site and holy day with one of their chvrches and stolen rituals. Abrahamic monotheism is destroying the world, not YT.

Me? University of Black metal.

GeoMurph5 (Aug 27, 2020 at 21:35)
@endlessblockades: True, with the exception of small groups, Christianity as a whole has done little but spread fear, brainwash, and spill blood. In the name of a hippy.

On a different note, that Capra is a beast of a bike, and the riding was rad!

SassyTheSasquatch (Aug 28, 2020 at 1:58)
@endlessblockades:
Learn how to form a sentence and spell words correctly American.

SassyTheSasquatch (Aug 28, 2020 at 2:02)
@GeoMurph5:
I take it you know very little about Christianity then... because the only religions that spread fear constantly in this ever changing current society are paganism, satanism and radical muslimism, not my opinion, but actual facts mate...

GeoMurph5 (Aug 28, 2020 at 10:54)
@SassyTheSasquatch: Actually, as a reformed Catholic, now happily Agnostic / Neopagan, I can tell you that at least in my experience, Christianity is highly motivated by the spread of fear and guilt. Also, I believe the religion is 'Islam', not 'muslimism' - a Muslim is a person who practices Islam. Fact, mate.

endlessblockades (Aug 28, 2020 at 13:45)
@SassyTheSasquatch: Is that all you've got? I don't live to spell, but I'd like you to cite your examples of my errors nonetheless.

Allow me to use your own PB profile statement: "Whadiyatalkinabeet?"

SassyTheSasquatch (Aug 28, 2020 at 14:42)
@GeoMurph5:
Muslimism is a religion, islam is an idea. That's the real fact, american. But I can understand why you changed from catholic to agonistic or whatever TF, catholic church is full of pedophiles.

SassyTheSasquatch (Aug 28, 2020 at 14:59)
@endlessblockades:
Guess what? I asked that same question when I read the opinionated comment that you made. Does it feel good snooping around other people's profiles? I bet it does... Why is it that all Americans try to push a narrative or afagile point, but sound dumb when they do...

Afigile or not, just remember that the Internet is an imaginary kingdom where I am you master.

SassyTheSasquatch (Aug 28, 2020 at 18:59)
@endlessblockades:
Haha, cracking me up Lmao...
Gonna go hang with the blokes, get on the pokes, have some smokes and get cokes mate, arggh!

VTTyeahyouknowme (Aug 26, 2020 at 11:40)
Dust?!?! What is this, Arizona!? I was made to believe BC only has loam, flying loam, and loam artfully placed on chainstays to show how rad you got in the loam.

DavidGuerra (Aug 26, 2020 at 5:54)
They all have dampers, there is always an element of stiction, my X2 beats my previous coil shock in sensitivity. The progressive nature of the Capra though, is not a bad match for a coil shock.

freitasdh (Aug 26, 2020 at 15:17)
cool rider, great riding. Shame to see him riding for a companie that don't provide warranty to their costumers. They push you to pay the crash replacement.