Since the Enduro World Series took place on the small but super green flower island, Madeira became a big name in the mountain bike business. Also big films like Brendog's Deathgrip and all the other nice clips from the island in the Atlantic Ocean show us the beauty and variety of Madeira. The Trans Madeira also established itself as a well-known event: The drivers are sent across the whole island over several days. Many pro athletes enjoy the offseason in Madeira - and due to the corona pandemic, many "digital nomads" have set up their home office camp here. With mild temperatures, a good dose of sun, and few rain days, the winter can be really nice on Madeira. 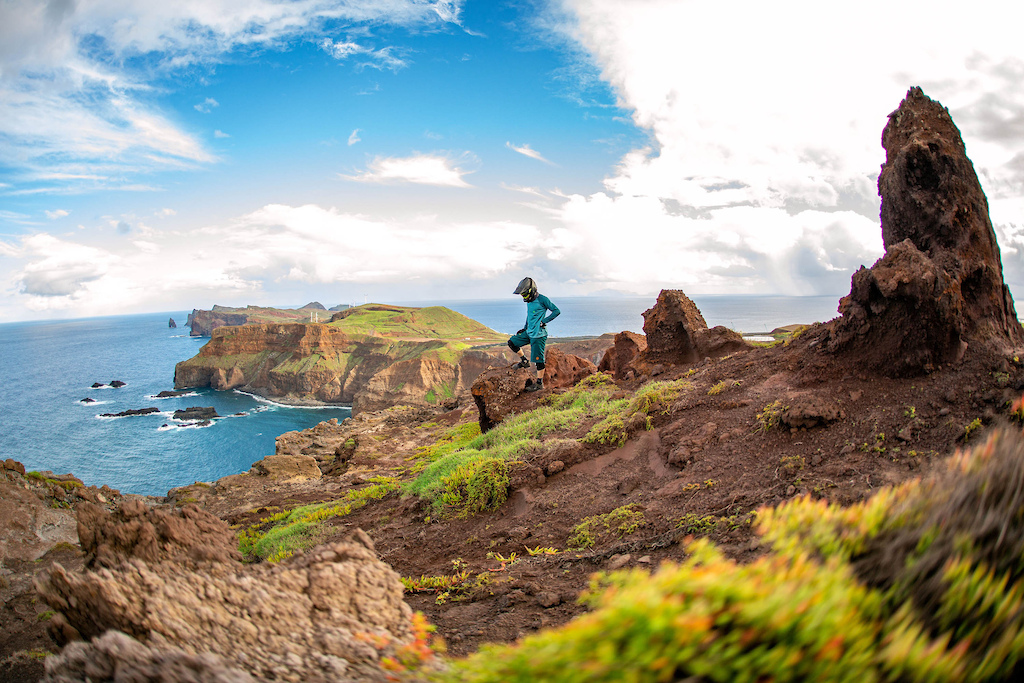 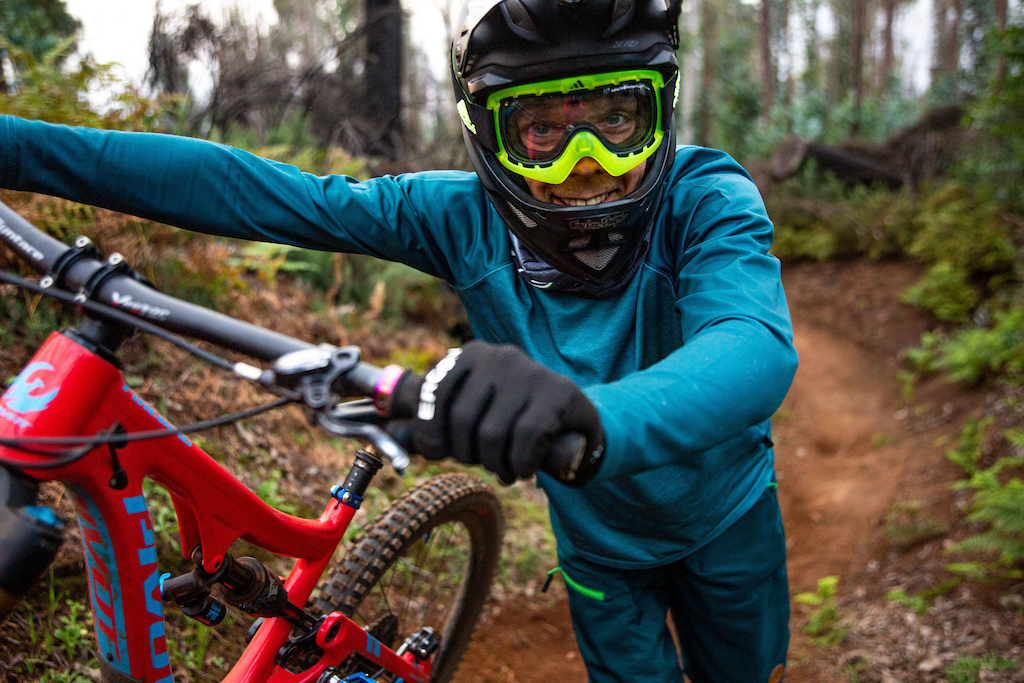 Sascha is almost part of the island's inventory, since 2015 he has been coming every year in April to start the season and in November to extend it a little longer. So it's no wonder that he knows the island almost better than his home trails. Reason enough that he takes you on an island tour and pulls you over all the jumps. 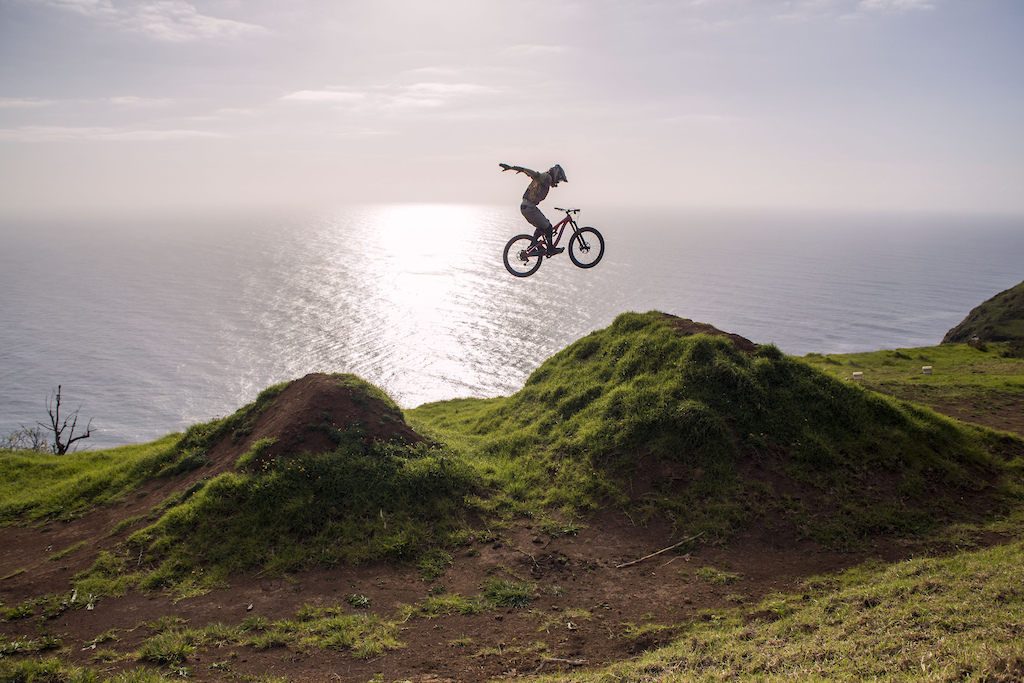 Brendog's large and technical Deathgrip line in Ponta do Pargo serves a good portion of airtime. 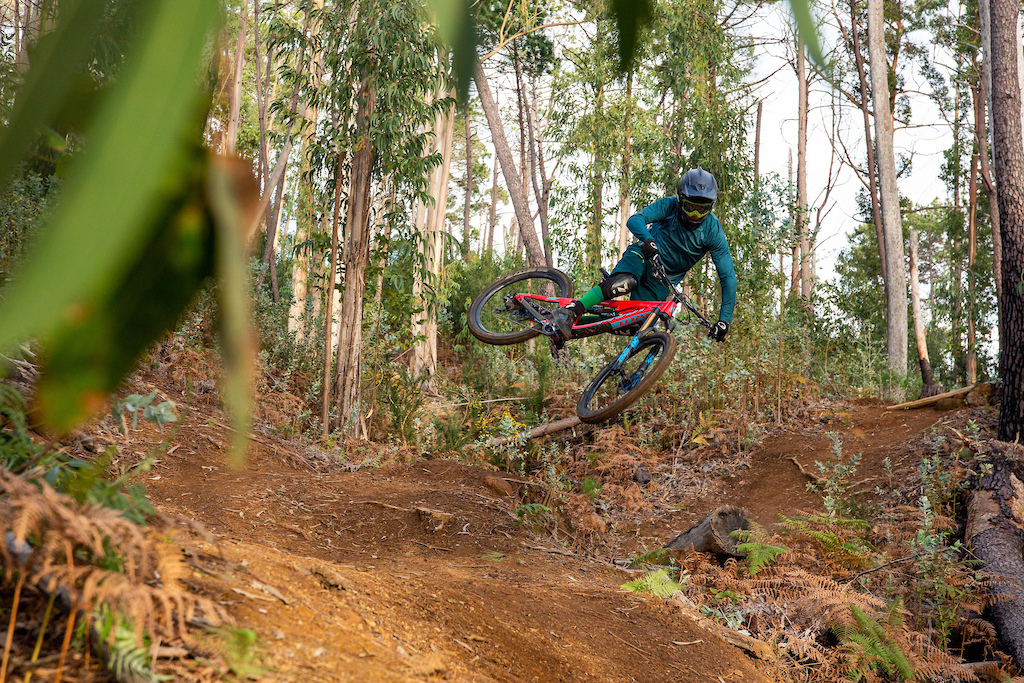 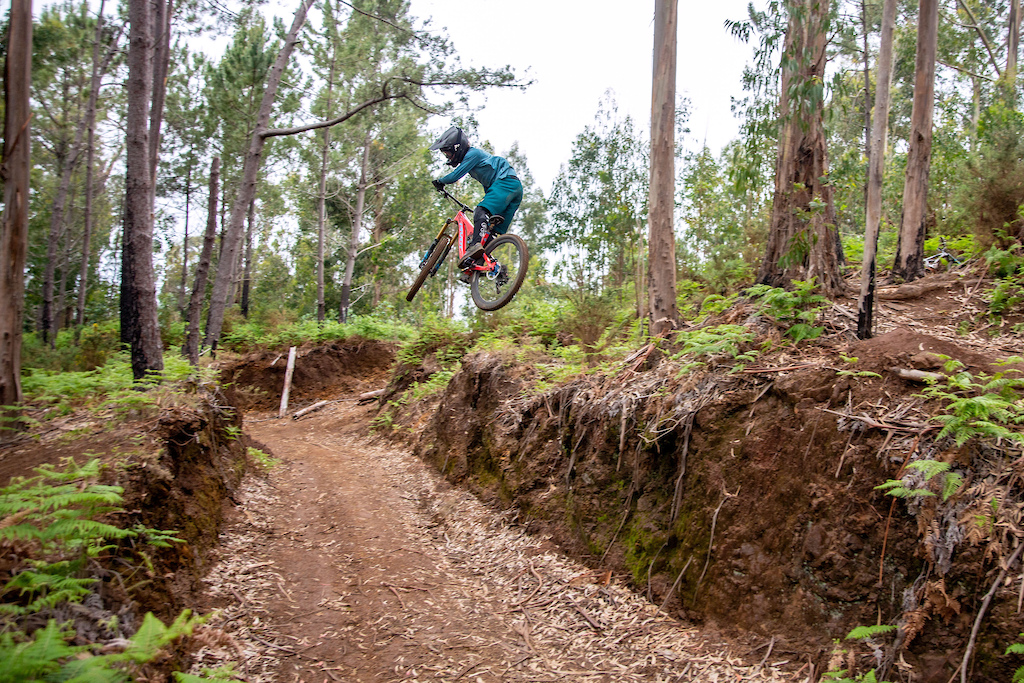 In addition to the large Deathgrip line in Ponta do Pargo, Madeira's Wild West has to offer something for everyone from small to large. The road gap on the Rabbit Trail looks big, but here Sascha and his crew have probably build the smooothest jump on the island. 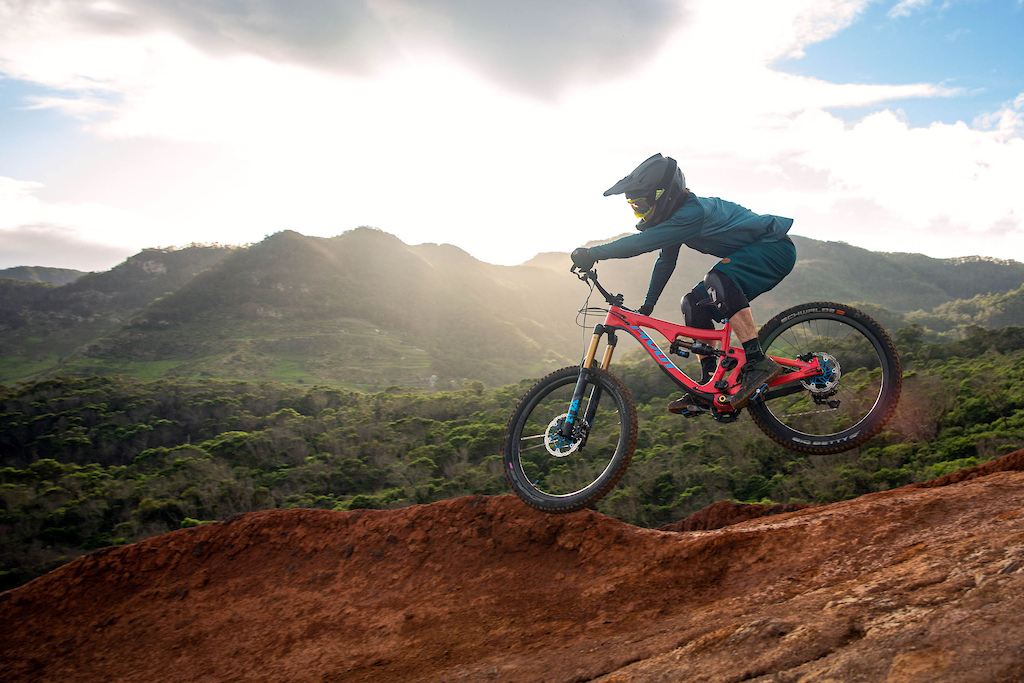 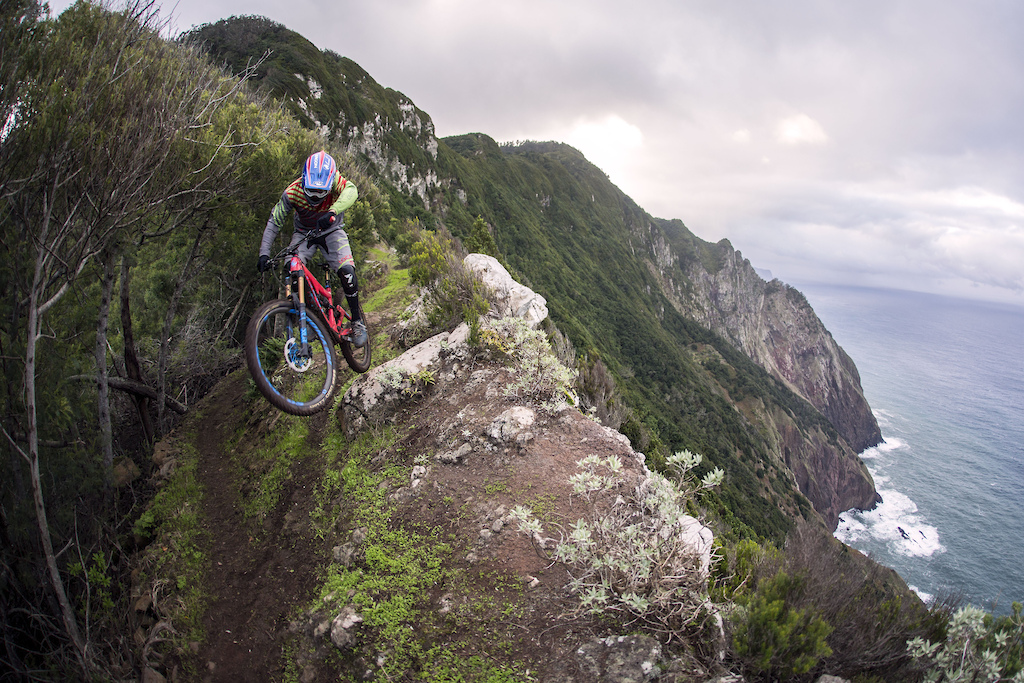 The technical trails in the east of the island are also a real highlight. EWS trails like the Boca do Risco have been perfectly integrated into nature. Far away from civilization, you can enjoy the pure nature of Madeira: tree-sized ferns, steep cliffs down to the sea, and breathtaking views almost overwhelm you. 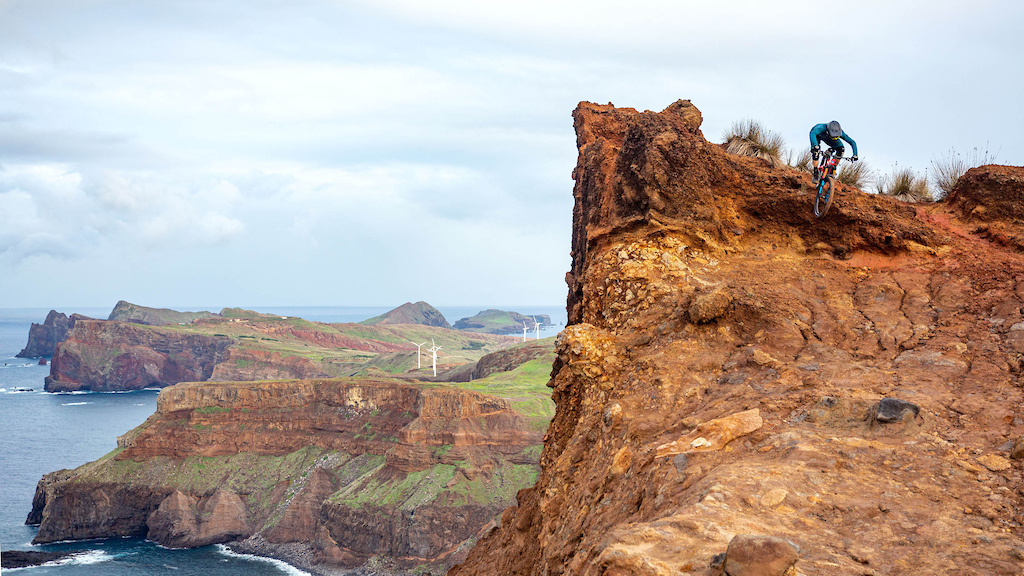 Anyone who is already afraid of the cold winter should plan their trip to Madeira as soon as possible. 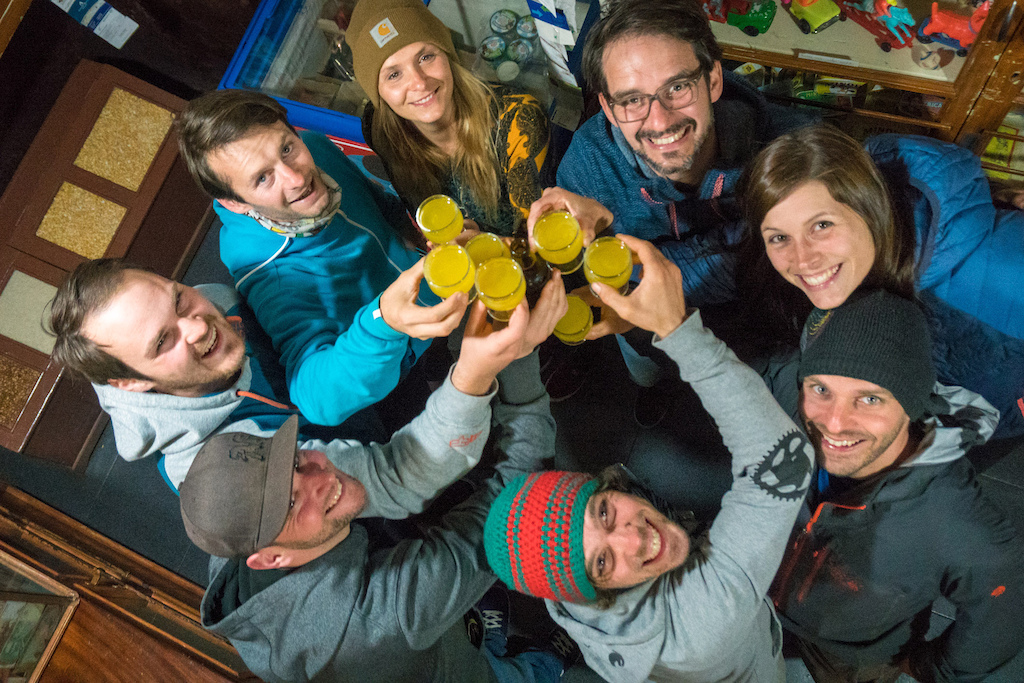 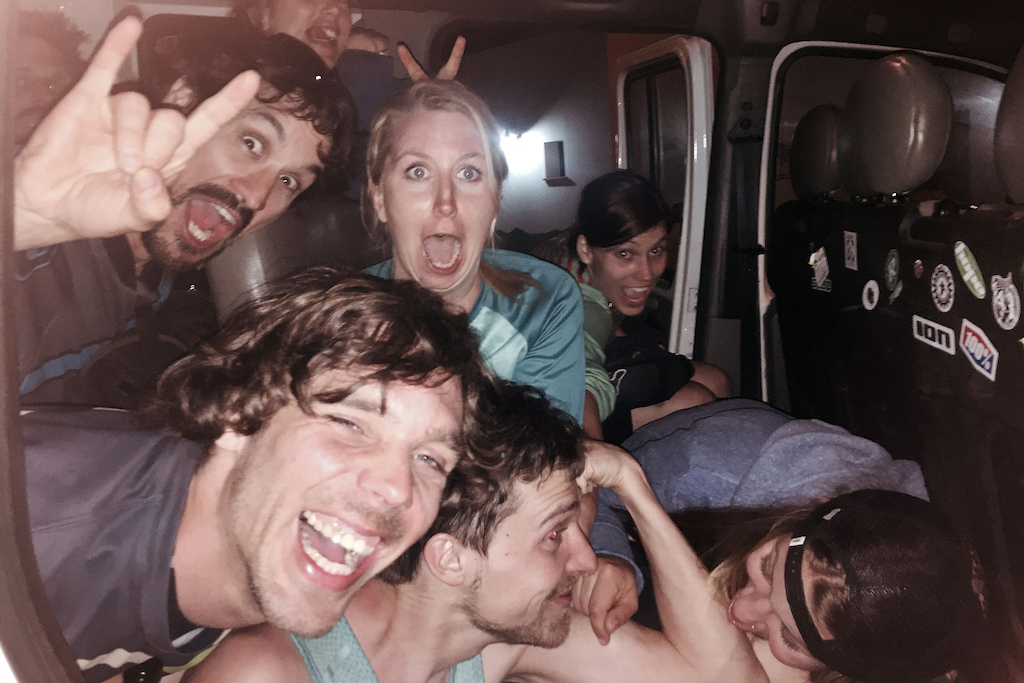 Madeira is the perfect destination to extend the season a little longer, and thus to escape the European winter a little longer. Fun is guaranteed here! 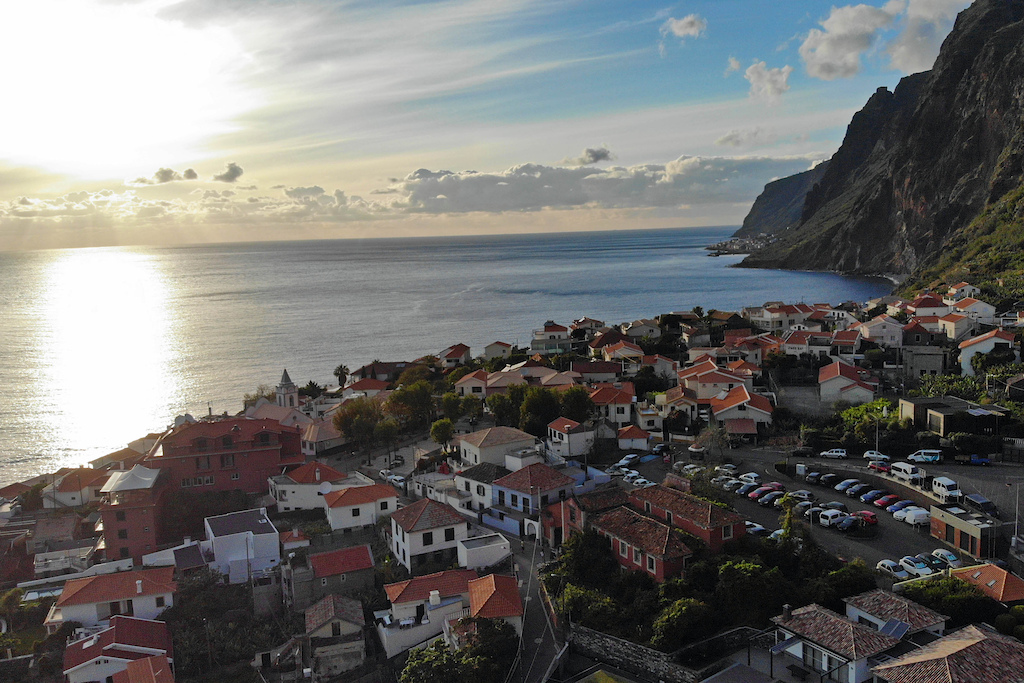 In Madeira are several shuttle companies that take you across the island and show you the trails. If you like it cozy and familiar, you are in good hands with Bikulture. While you could live in the middle of the city in Funchal, the small villages in the west come along with sweet little houses or apartments right by the sea. The small village Jardim do Mar near Calheta is super nice and familiar. 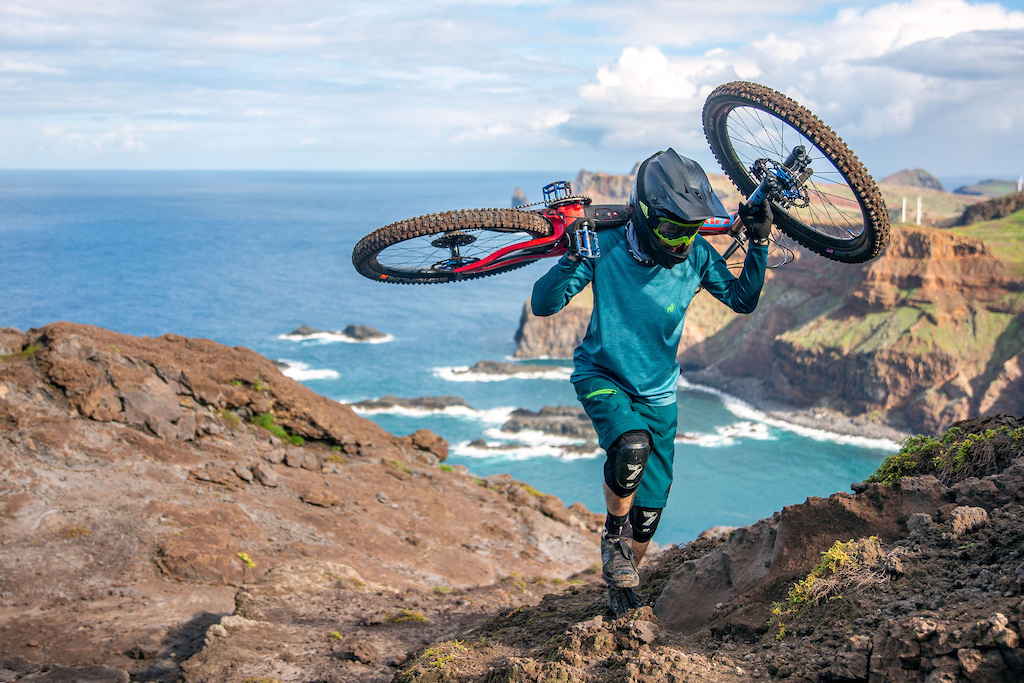 rabidmonkfish (Sep 30, 2021 at 2:34)
i love Madeira its a beautiful place but i was a little disappointed by the trails there. I mostly ride trail/xc stuff and was hoping for some really good trails but as its a volcanic formed island there isn't much there other than vert terrain. As i say the island is well worth a visit if your into that sort of thing but if you have ideas of riding more mellow but longer trails i would probably give it a miss. We even did a guided tour and asked some of the locals who cycled and this was pretty much what was explained/witnessed. I said to my friend that i preferred wales riding more and he laughed at me thinking i was joking but a year later when we were riding round welsh trails (his fist time there) he recalled the conversation and agreed with me. That said its still well worth a visit and i had a fantastic time there even if not so much for the cycling.

The trails we have built on the island are more targeted towards the 'gravity' end of the riding spectrum.
Enduro (or Freeride/Downhill, however you want to call it). Van shuttling up, then riding the descending trails.
Most of them are not too steep, but require a certain technical level, intermediate to advanced.

With more resources, we could also build easier trails for xc, but so far it wasn't our top priority.

We also helped build with Velosolutions a trail center in Fanal, the magical laurel forest in the North-West (laurisilva, Unesco heritage), that has a singletrack XC loop, and enduro trails ranging from blue to black, very flowy and playful.

aljoburr (Sep 30, 2021 at 6:33)
@bikulture: Hi Yes in a way is easier to build extreme trails on steep slopes, but I would like to move there!
I am getting to old to ride most extreme trails, but love flow trails!
Would really would like to help with trail building, please let me know if can help make that happen!

Spitfire111 (Sep 30, 2021 at 6:38)
@bikulture: We were supposed to land there today...except for me getting a fractured scapula this weekend. Can't wait to reschedule!

Braench (Sep 30, 2021 at 1:01)
skkrrrt skkkrrrt little tourismus boost for Madeira. Cant wait to get back there again, love that Island so much 3

Freegs (Sep 30, 2021 at 6:47)
Slightly off topic but anyone got any guidance on surfing out there as well? Currently considering a trip and would like to try and tie in both.

spaced (Sep 30, 2021 at 2:10)
There are probably places with better singular trails but the variety and the views are unbeatable