Video: All The Episodes from Season 2 of The Privateer 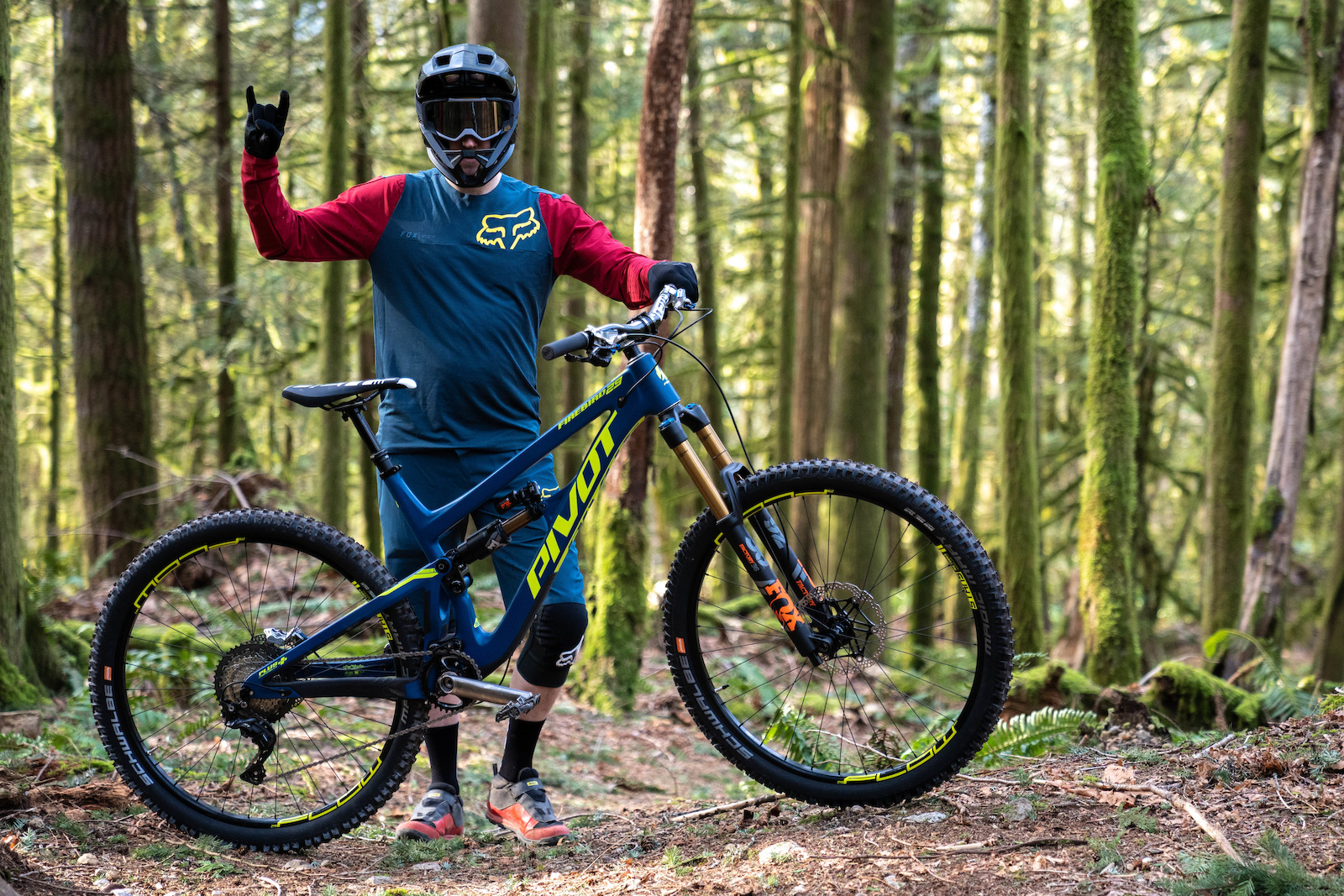 Adam had another crack at the whip in 2019, returning as the Pinkbike Privateer. In this season, he heads to Lousa, Portugal, for the Fox Suspension testing camp, learns from professionals Yoann Barelli, Kirt Voreis, Bryn Atkinson and Remy Metailler, and races the Sea Otter Classic and the two North American Enduro World Series races. Here's the entire season for your binge-watching pleasure.

SEASON 2
EPISODE 1
It was a long off season for Adam. After breaking his hand in Finale last year, he spent the next few months rehabbing it back to riding strength. Once Adam's hand healed it was game on, and even though PNW winters aren't the most ideal time to be on the bike, he made the most of it by getting out on rides and hitting the gym regularly.

In this episode, Adam heads out on a classic winter ride with Yoann Barelli and then visits the gym with his trainer, Todd Schumlick, for baseline fitness testing. This is Adam's make or break year. With his training program and support turned up to 11, can he break into the pro ranks? We're about to find out.

EPISODE 2
Anyone with money can buy a bike and travel the world racing. However, access to the world's best suspension techs and athletes is something money can't buy. So, before the season starts Adam heads to Lousa, Portugal, for the Fox Suspension testing camp to dial in his suspension.

EPISODE 3
After a winter of hard training, Adam heads down south to California for the first enduro race of the season at the Sea Otter Classic. Disappointed by his final result in the first big test of the season, he makes his way to Santa Cruz for a fun, stress-free ride with Kirt Voreis and some soul searching conversation with the local legend.


EPISODE 4
Being a professional racer isn't just about results. Athletes are expected to be spokespersons for the brands they represent and part of that is visiting the places that their sponsor's products are produced to learn more about the brands that support them. After a disappointing result at the Sea Otter Classic, Adam takes time out of his busy training schedule to head down to Fox Racing & Pivot Cycles to meet with the brands supporting his journey.

EPISODE 5
With one week to go before EWS Whistler, the most important race of the year, Adam heads down to Bellingham for a cornering clinic from Bryn Atkinson. After that he hits the gym with Todd Schumlick for one last workout before the big show.

EPISODE 6
It's time for one of the biggest races of the season - EWS Whistler. Adam has been working hard on and off the bike all season. Can he put all his training together and achieve his goal of top 30? Watch and find out.


EPISODE 7
It's been a little over a week since EWS Whistler and Adam is already back between the tape at EWS Northstar. The terrain is unlike anything Adam has ever ridden. Can he adapt to the Northern California tracks and better his result from Whistler?


EPISODE 8
Adam heads out on a ride with Remy Metailler to talk about other ways of making it as a pro mountain biker outside of racing. After that he joins up with Ben Haggar from SORCA to learn more about what goes into the trail building around Squamish.

EPISODE 9
It's Adam's last season as The Privateer. Finally, he has some time after a hectic two years of racing to slow down and reflect on his experiences.

EPISODE 10
Adam opens up about training and racing under the scrutiny of an online audience, and what's next for him after The Privateer.

EPISODE 11
The Privateer takes on the Pinkbike Hot Lap.

Rasterman (Dec 29, 2019 at 10:30)
I hope it was successful for PB as I really want to see another person and season give it a try. It's one of my favorite series I've seen in recent years. I find it ironic that the bike side of things is probably the least defining factor to winning, yet that is the financial force that funds all efforts. IMO fitness, training, skills, mental condition, practice, and experience each outweigh what specific bike you use by orders of magnitude.

tacklingdummy (Dec 29, 2019 at 23:01)
Yeah, a lot of what you said is paramount. However, bike and bike setup can make a measurable difference. If it is setup poorly it can turn runs in to very bad runs. Also, several pros when they moved bike companies didn't perform as well as they did with previous companies and some did better. There are lots of reasons that could affect that, but the bike could be the difference as well.

markmcmurray (Dec 29, 2019 at 14:56)
Great series! I binge watched them all again after ep 10. It has to be super tough to perform at this level and have to deal with the scrutiny of the PinkBike comments section. Great job Adam!

pcledrew (Dec 30, 2019 at 7:32)
I can't take the 'training' seriously when the focus is clearly on putting a 'big' number on the screen and not on making sure this poor dude is actually squatting and deadlifting properly. Those squats aren't helping, they're hurting.

highlandworrior (Jan 2, 2020 at 10:38)
PINKBIKE, PLEASE GUY THAT SOUR FACED ENGLISH PRICK TO FUCK, there's so meny guys out there that would put in more effort, be more interesting, and actually smile when they get giving new bikes and kit. The idea of the Priveteer is amazing but you got the wrong guy, your guy is over the hill and depressing as fuck to watch. 2020 please get someone else

up-left-down-right (Dec 29, 2019 at 18:11)
Biggest question from fans in 2020, is what bike Adam will buy for himself for racing next year. I wonder if he preferred the Scott over the Pivot?

chucknorris99 (Dec 29, 2019 at 3:13)
You filmed me and my Main man in finale ligure but didn’t let us appear in the final video edit. This is sad.
Was that because of the oioi escalations?

watchtower (Dec 29, 2019 at 4:02)
Excellent series , love it, Definately looking fast but cheer up guvna, it sometimes looks and sounds like you're about to burst into tears, more enduro, less eulogy.