An adventure that takes us through the regions of Pallars Jussà, Pallars Sobirà and Alt Urgell. “I have set course for the mountains, my destination is the province of Lleida, and I am very aware that this adventure is going to be loaded with good trails and magnificent landscapes. I know the area, but not some of the places that the local riders are going to show me, the truth is that I am excited. This is one of the first trips I have made after the Covid19 quarantine period and the truth is that everything is more intense, with more color and more flavor, I like that feeling” – David Cachon 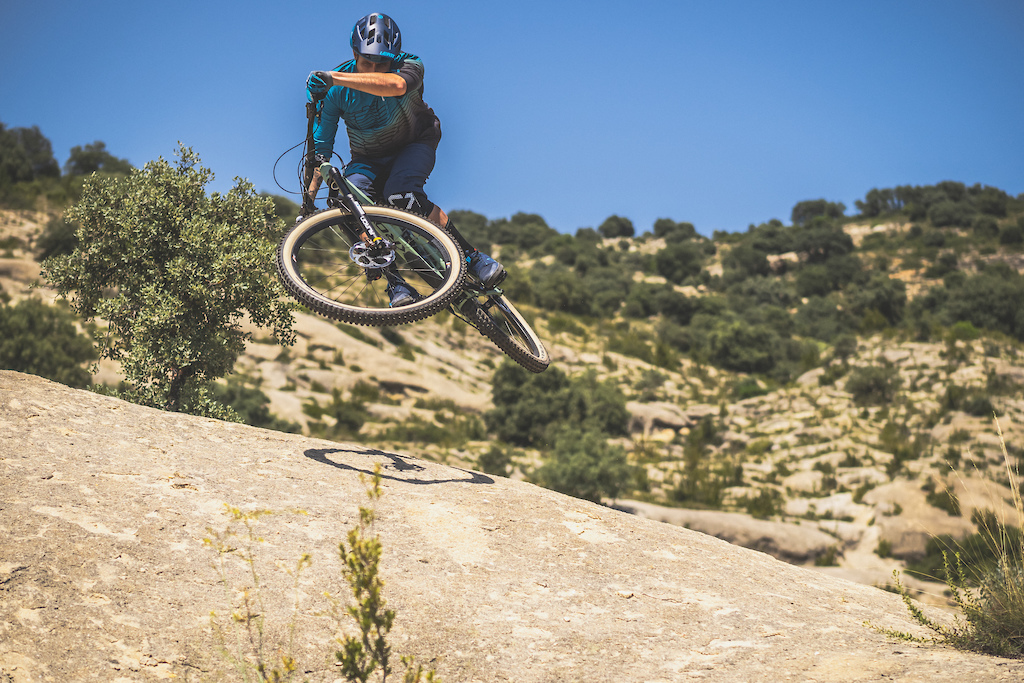 Our meeting point and base camp would be located in the small town of Vilamitjana, very close to Tremp. Chris Reagan of Red Rock Trails was waiting for me there. It is about an English family settled in the Pallars Jussà region for a few years and where they run a rural tourism accommodation, which I recommend you visit. When things are done as the Reagan family does, the result is palpable, the family atmosphere floods everything, they make you feel like one of the family and that is very appreciated when you spend so many days away from home, always visiting new places. The food is homemade and delicious, the first night we were able to taste the homemade pizzas of the house, with the unique flavor that the oven built by Chris gives to the food. 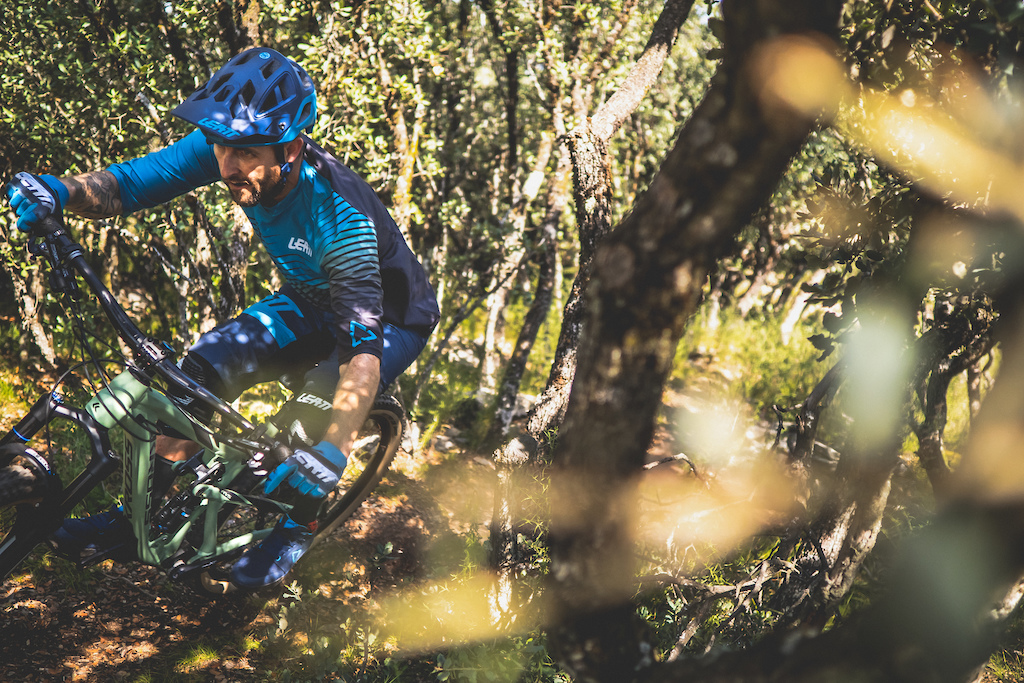 Chris is trained as a mountain guide and is part of the Lo Podall Association, largely to blame for the local trails being in great shape. This association is very active in the area and every year it organizes a BTT race that until now was called Marxa BTT Talarn Vi Bike, very popular and with very attractive itineraries. This year the race changes its name and will be called Marxa BTT Geobike Pallars. 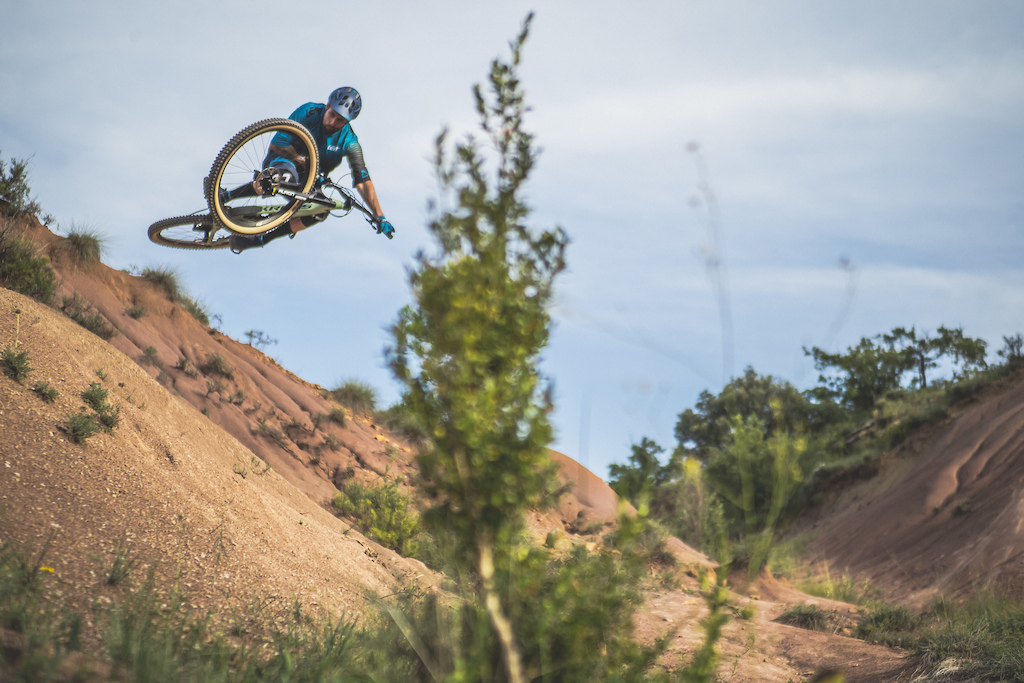 The route proposed by Chris was very complete and took us all day, but you have a multitude of trails and routes suitable for all levels and cycling styles, you can contact the guys at Pallars Jussà and they will indicate the best places in the area as well as gastronomic recommendations or ideas to stay. 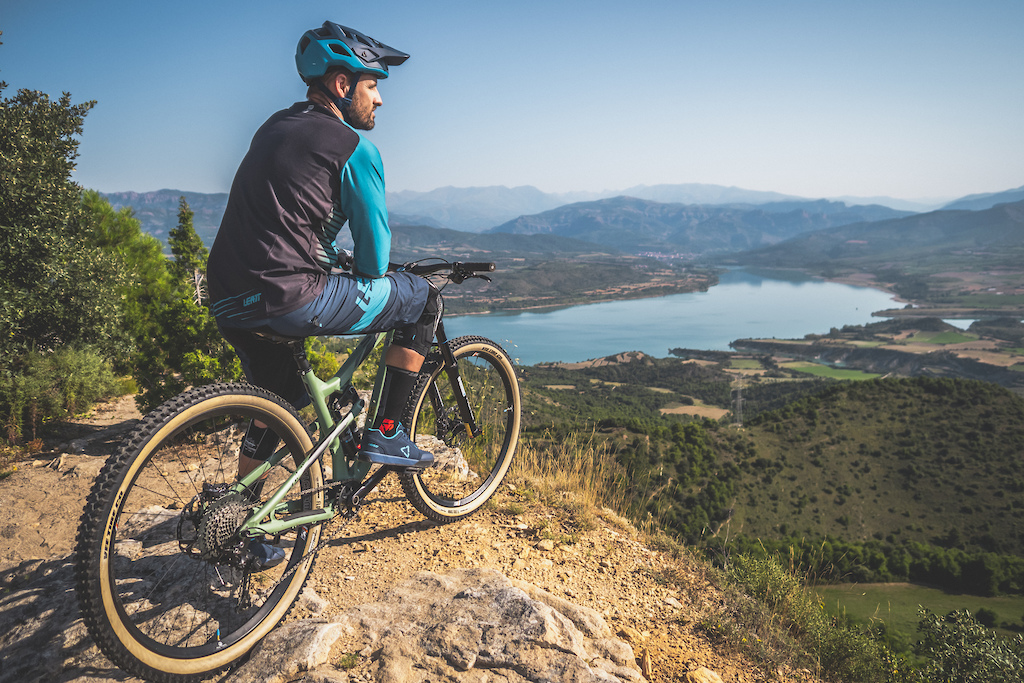 The day started at the top of the Serra de Coll, an incredible natural viewpoint that let us contemplate the magnitude of the Sant Antoni reservoir, before the incredible path that leaves from there put my adrenaline levels to the maximum. It is a nature trail that stretches for several kilometers and where the curves and stones make you stay awake at all times, it is fast and fun. When I had gotten used to the terrain, suddenly everything began to change, according to Chris we would enter an area that was going to blow me away. And so it was, by magic, everything changed radically, large slabs of rock came out of the ground and the entire path ran over a gigantic blanket of gray rock. For a moment I thought I was on the moon. My smile said it all, this place was super fun, the rock had a good grip and the waves it formed looked like a gigantic natural pumptrack. The truth is that I wanted it to have no end, but again we entered another area that made the whole landscape change again. We reached the badlands, those land formations caused by the erosion of water and wind, which offer a landscape full of canyons, ravines and canals. The aesthetics of these formations remind us of the Wild West. The grip was poor but the riding was a lot of fun too, we had changed the rock waves for land waves. In a few kilometers we had shot on totally different terrain, different surfaces and different landscapes, what more could you ask for to put the icing on the cake for this great day? Definitely a homemade dinner at Chris's house.

El Pallars Sobirà is a high mountain region located in the heart of the Pyrenees, with its capital in Sort. To the north, it is surrounded by peaks close to 3,000 meters and is crossed by the Noguera Pallaresa river. Its natural wealth stands out, with the Aigüestortes i Estany de Sant Maurici National Park –the only one of these characteristics in Catalonia– and the Alt Pirineu Natural Park. 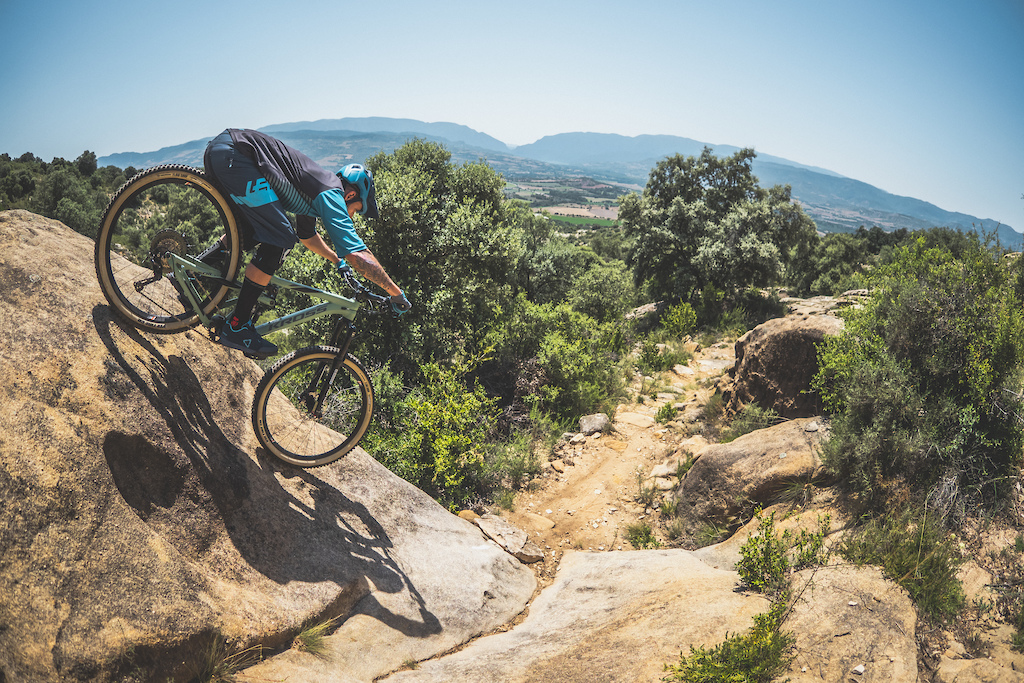 In this region is the largest lake in the Pyrenees, that of Certascan, and the highest peak in Catalonia, Pica d'Estats. The region has a great offer in the field of active tourism. The second stop on this trip was located in Esterri d´Aneu, specifically in the BTT Center of Les Valls d´Aneu, an idyllic setting, sheltered by high mountains and with a great lake where you can enjoy some good routes or simply rest.

There I met with Dani Heréncia, manager of Esierri Bikes, a great connoisseur of the area and who would show me the best corners of this region. As I mentioned before, the area is surrounded by high mountains so the approaches are hard, a good option is to use a ski lift service that does “the dirty work” for you so that you can take 100% of the incredible trails and mountains that this area has to offer.

To warm up, Dani showed me a path that goes down from the top of the Puerto de Bonaigua, whose highest point is 2072 meters high, right in the area where the Arán Valley and Pallars Sobirà separate. A fabulous singletrack that is lost in a green blanket of grass and where it is common to find cows and horses grazing in freedom. A meandering, fun and exciting trail, located in a dreamy environment that will take us directly to the Bosc del Gerdar. This forest hides the majestic Gerber waterfall and the path passes exactly at the foot of it. The path becomes more technical with some stones and rocks that will make us be alert at all times, the worst areas have been covered with wooden walkways that facilitate the crossing. When your arms and legs ask for a break, it will be a sign that you are near the end, or at least I hope so. 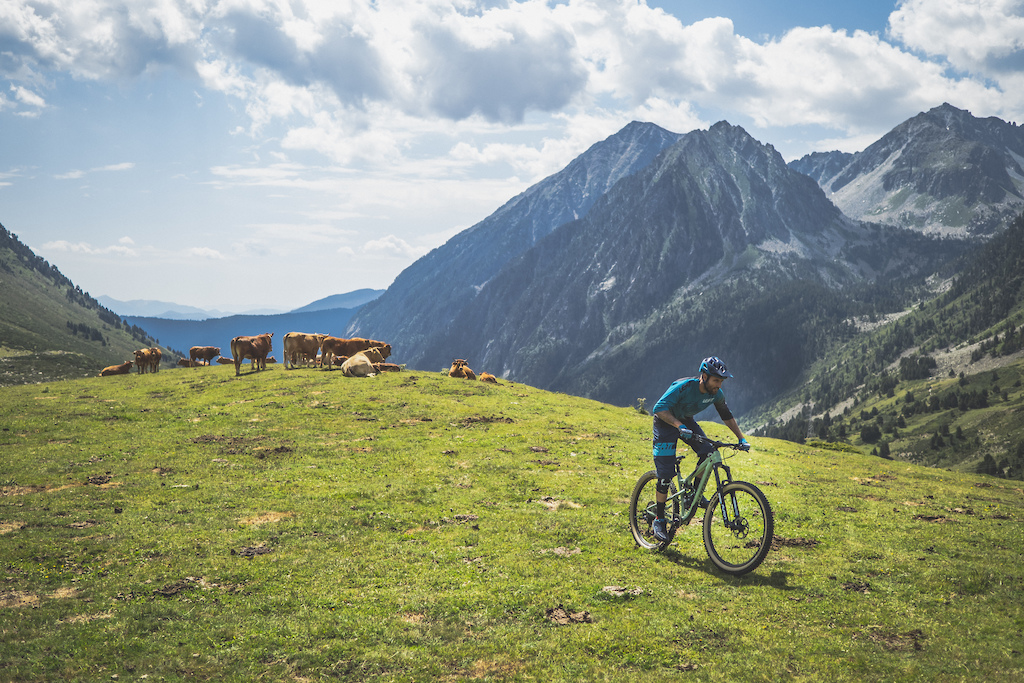 This area has incredible potential and the routes and areas to explore are endless, if you need information about local routes and recommendations, it is best to contact a specialized company or contact the tourism guys, they will advise you in a very friendly way. and professional Pallars Sobirà. 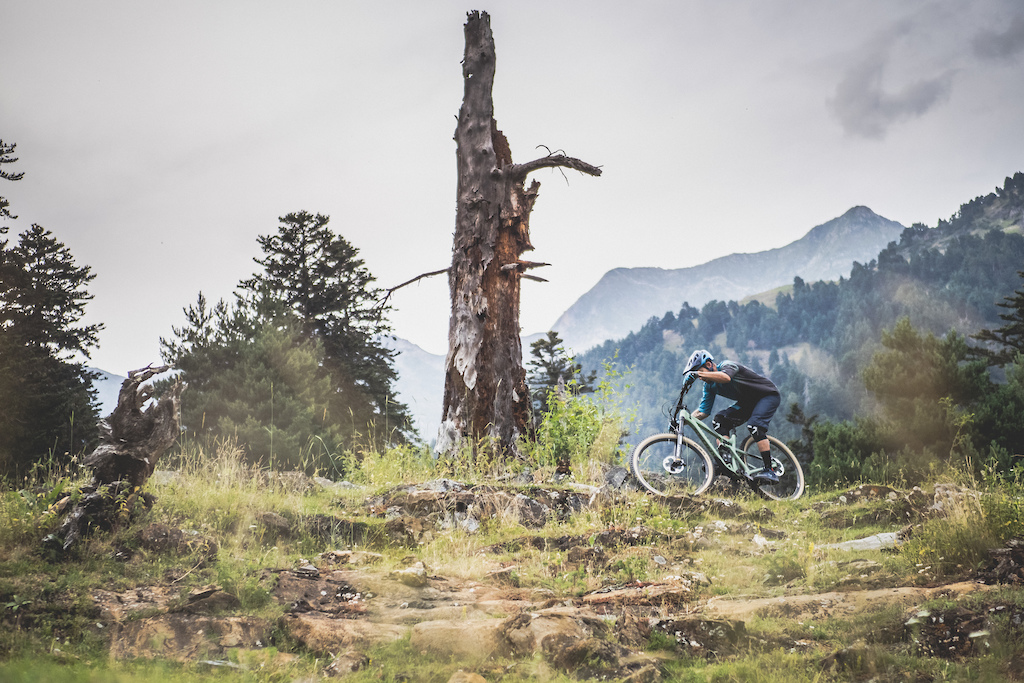 In the afternoon, and despite the fact that with the morning route I had already had enough, the guys from Esierri Bikes convinced me to go down from Pla de Beret, nothing more and nothing less than 36 km of gentle descent! I have to admit that as they assured me it is a very smooth and simple descent, ideal for all levels and even to do with the family. During the journey, you can enjoy a unique landscape, surrounded by waterfalls and deep valleys. In the Pla de Beret the activity begins, Beret is a special enclave, located on the border with France and where two great rivers are born, the Noguera Pallaresa that flows into the Mediterranean and the Garonne that flows into Bordeaux in the Atlantic. From there, along a relatively clean and wide track, you descend for 36km with the Noguera Pallaresa river next to it, crossing large and lush fir forests as well as alpine meadows. Track with many stories and great cross-border steps. Without a doubt, an ideal route to leave a good taste in your mouth and the desire to explore more. In this way, I was saying goodbye to Pallars Sobirà and heading towards Alt Urgell. 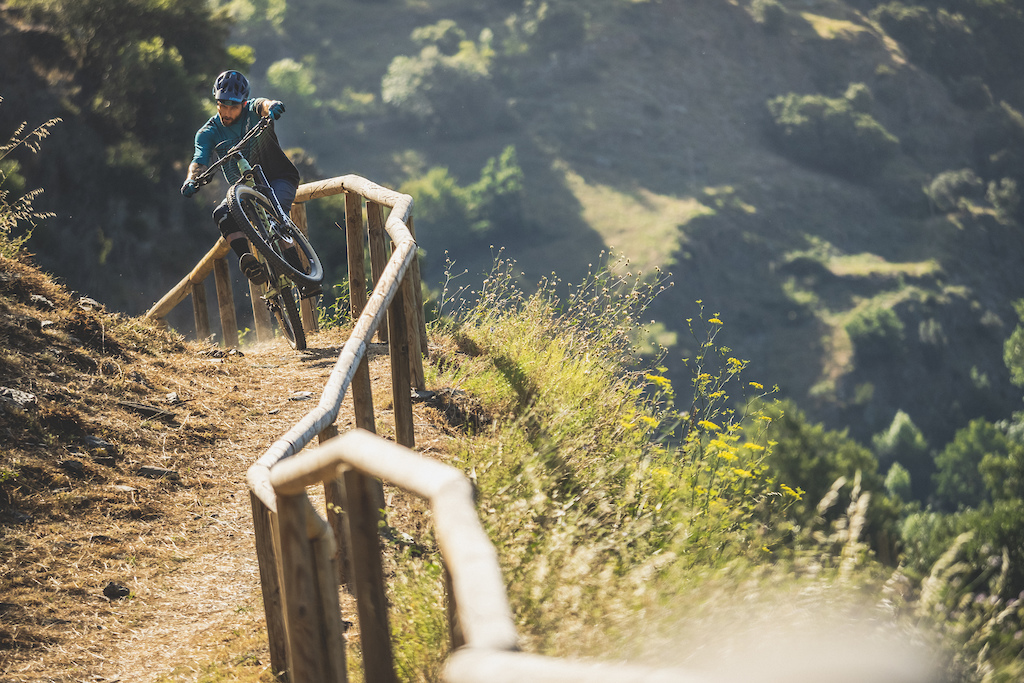 I had heard of this area before, the guys who organize a popular Enduro race every year (Super Enduro Arfa) had already taken care of it with their good work. The Alt Urgell is located in the province of Lleida. It limits to the north with Andorra, with the regions of Baja Cerdaña, Berguedá and Solsonés to the east and with La Noguera, Pallars Jussá and Pallars Sobirá to the west. A strategically located place with an ideal location for mountain biking. 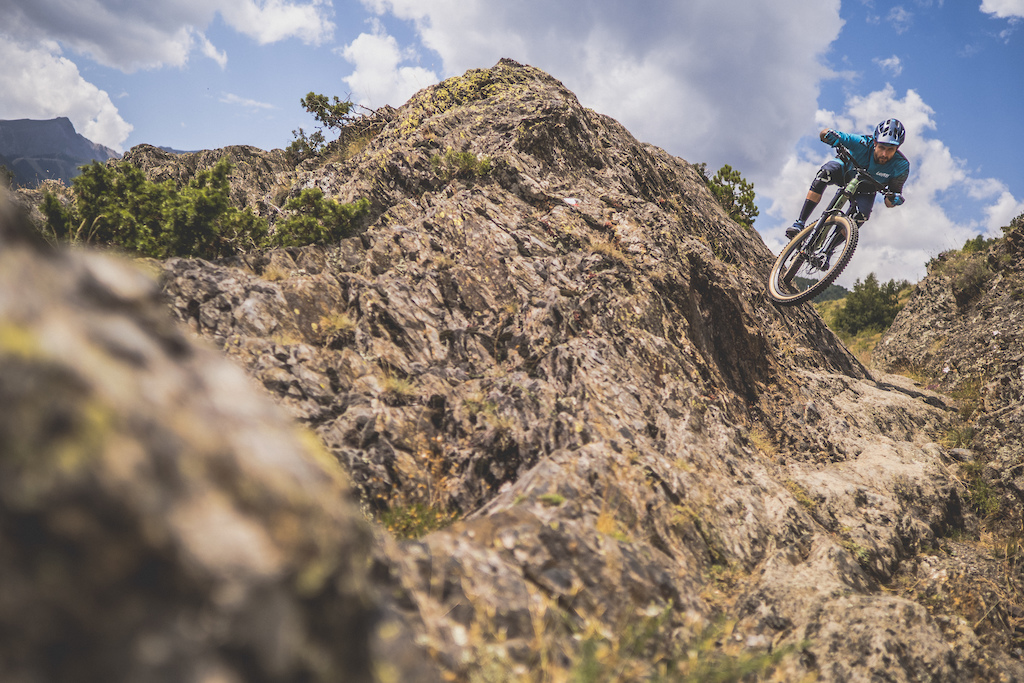 To explore the area I had to put myself in good hands and I couldn't think of anyone better for this job than the good guys from Juanjo Jarauta (Bikelands) and Pep Altimir (Enduro Arfa). Great connoisseurs of the area, they did not doubt in which the places to visit had to be. Whenever you have doubts when you travel with your bicycles, do not hesitate to contact professionals, they will advise and guide you so that you make the most of your time. If you want more information about what this area can offer you, routes, activities or gastronomy, you can visit this website Alt Urgell. 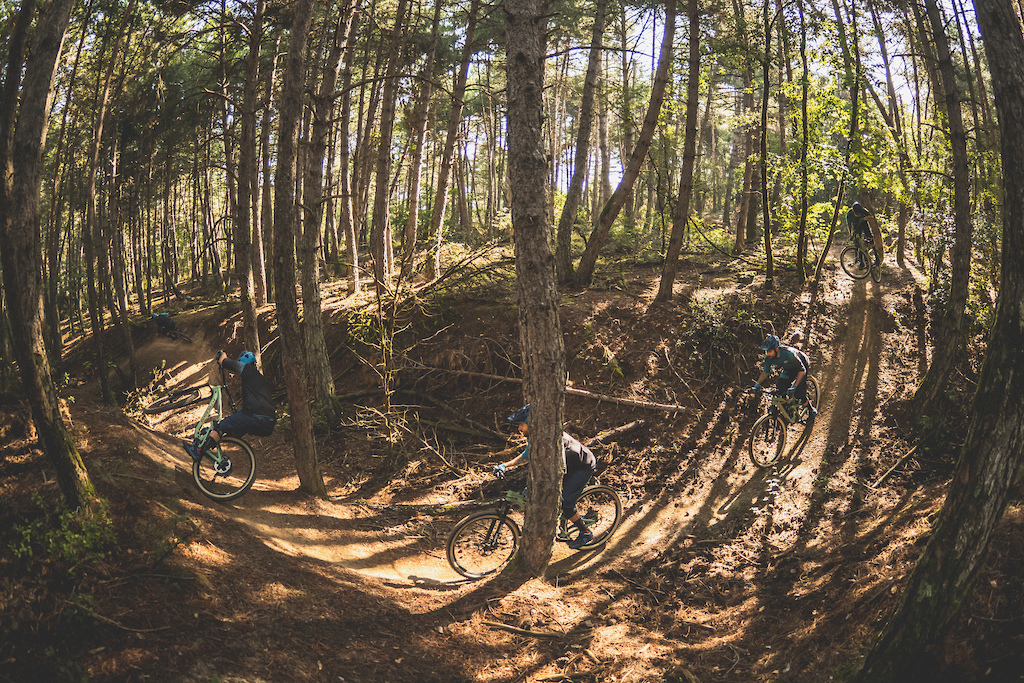 We decided to divide the day into two parts to be able to explore two very different areas and located on the map in an opposite way, in order to have a good view of two very characteristic landscapes and at the same time very different from each other. 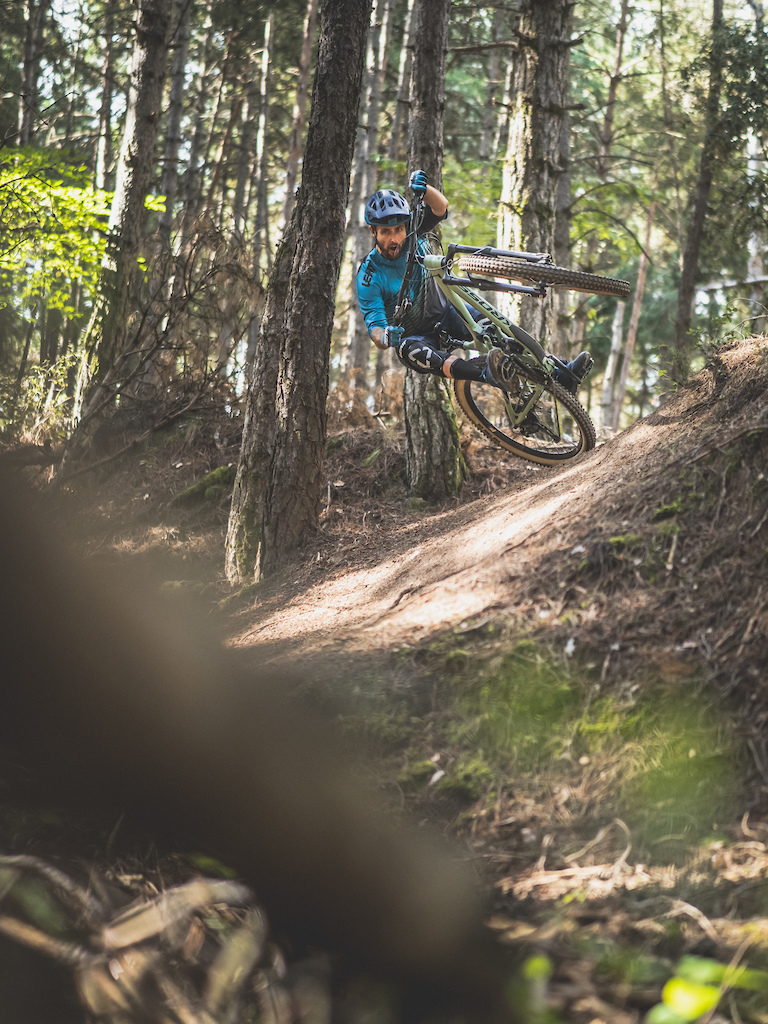 In the morning we headed towards Arfa (Mas d'en planes and La Freita) from where there are spectacular views of the Sierra del Cadí and also towards the Pic de l'Orri, Saloria, la Rabassa, Monturull, views from south to north. These trails are the most used for Enduro practice in the area. A lush forest awaited me loaded with super fun trails. You know that feeling of not being able to remove your smile all the way down ... A great grip, little jumps all over the track, slopes and curves everywhere, for a moment I thought I was in an amusement park, what a joy. I enjoyed a lot throughout the morning but there was still to see what the afternoon held for me. 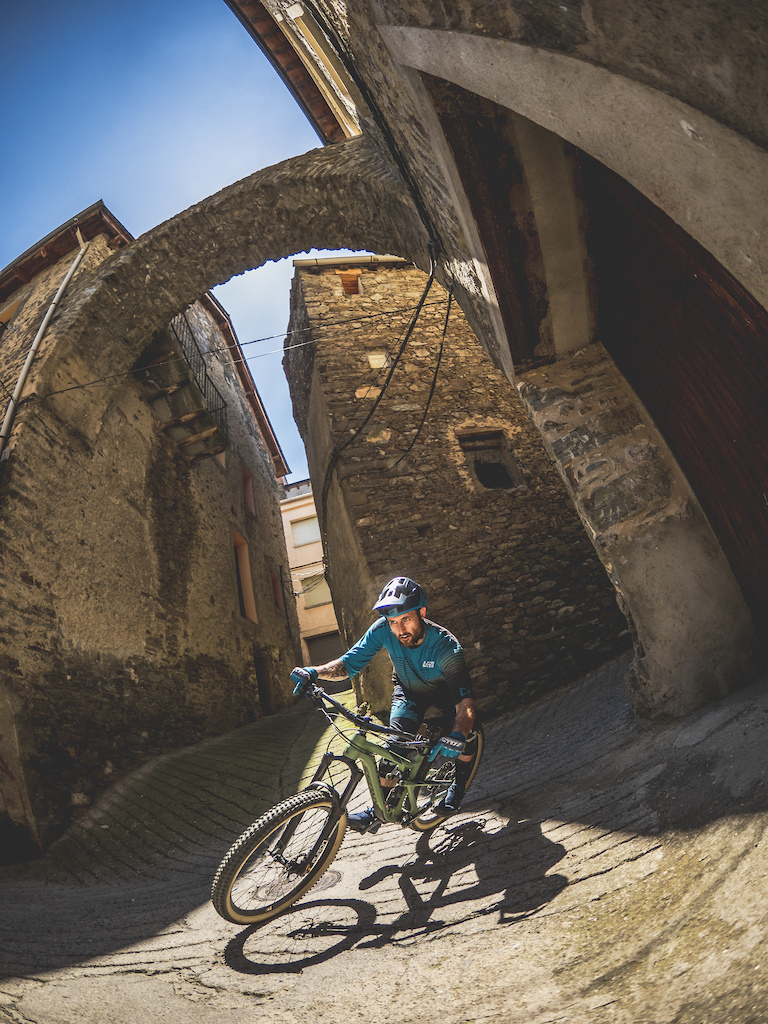 As we had planned, in the afternoon we headed to Anserall, Santa Eugenia and Prats de la Torre, descending towards Castellciutat, from where the views are reversed from those in the morning. Not only the views, but also the terrain: somewhat harder, drier and more technical, but a lot of fun too. It's great to have such well-differentiated spaces, in terms of terrain and trail characteristics, in such a short distance.

The afternoon sun offered me a spectacular view of the Sierra del Cadí in the background. I had to stop, breathe, let my arms rest and admire the landscape, just for a few seconds, I really wanted to continue going down and discovering more trails in the province of Lleida. See you very soon on the trails. Enjoy the two wheels. 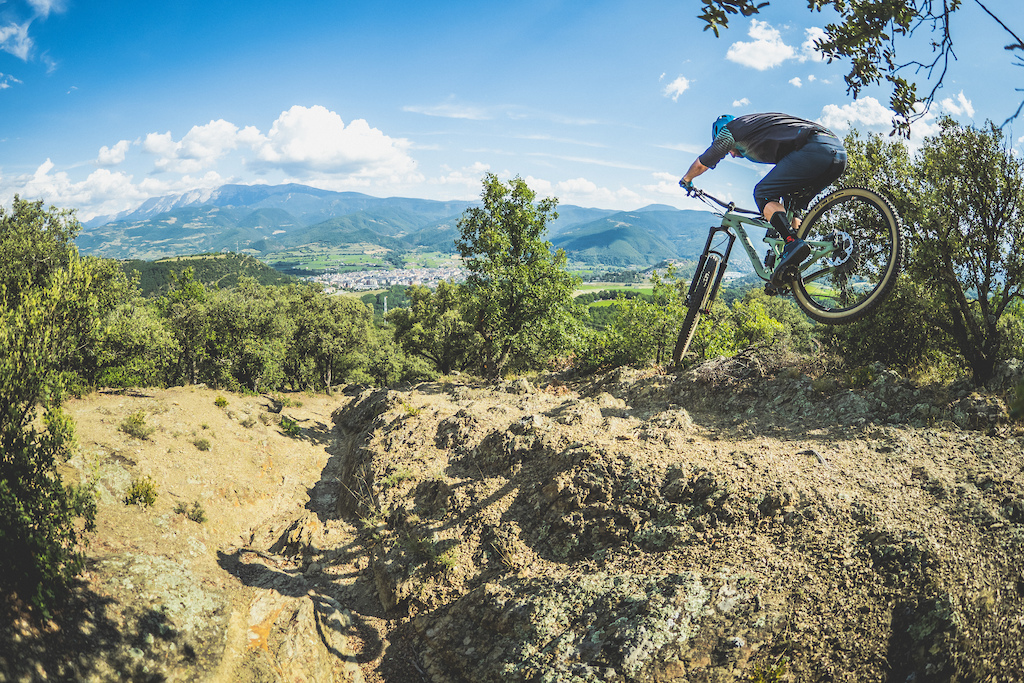 For any information about the province, you can visit Ara Lleida