A ROADTRIP UP NØRTH
Hours on hours on the Road, long summer days, short nights and sunsets lasting for hours. Seeing things from a filmers perspective I quickly realised shooting sunsets up here is the dream as they literally last forever.

I've always been drawn to countries featuring mountains, valleys and lakes. With 2020 closing down on events, it also made for a longer time window to road trip around and check out unknown places. Since I've always wanted to wander around Norway and as of Scandinavia being accessible via car it felt like the perfect option with this year's circumstances.

A few last perfections to my Volkswagen T3 and off we go. With almost everything on the van restored from the ground up, it's been the first trip of this scale for my 87' van (longer than I've been around for). Therefore I've also been in a sceptical mood for the first bit, especially with the hours spent on the german highway up to the ferry in Denmark. Everyone dealing with old vehicles knows these situations: starting to hear all kinds of weird sounds in songs playing, checking the back mirror twice as often as usual and literally always having an eye on oil and temperature. I was stoked when we rolled onto the ferry to Norway - the trusty T3 made it up no biggie. I really enjoyed cruising from then on as Scandinavian speed limits mostly only allowed for our max cruising limit anyways. 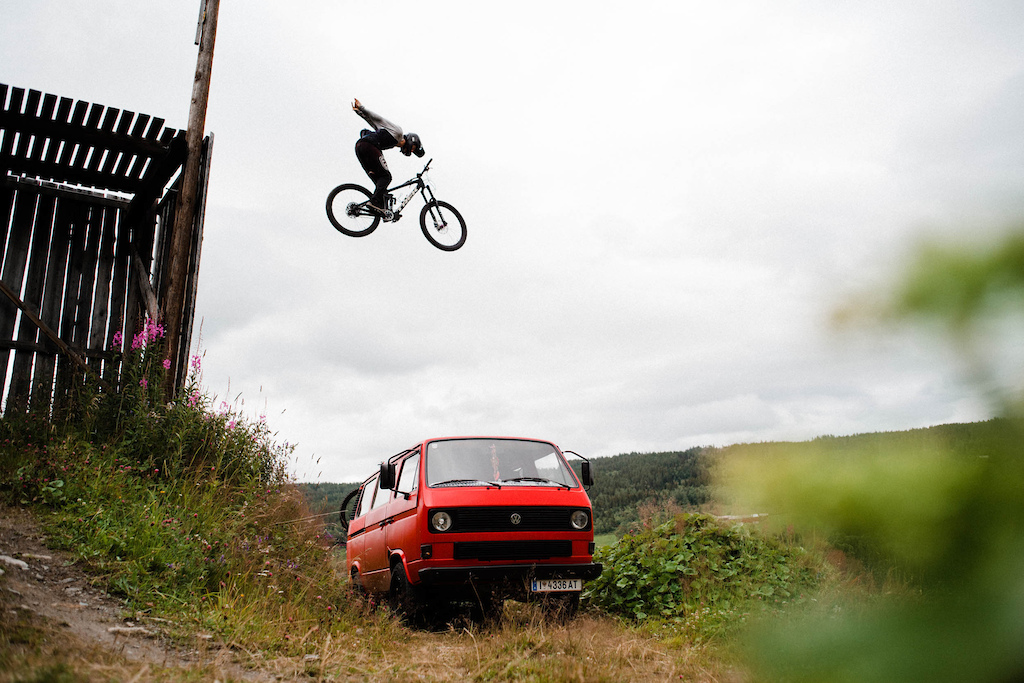 After dropping off the Ferry in Kristiansand and wandering around Oslo for a bit we quickly drove further north towards some bike areas.

I've always wanted to jump the van - Hillbilly delivered. The trip was rather freestyle with only a bunch of defined spots on my list. The Hillbilly course in Al was definitely on there though. Rolled up to the course in the evening and woke up to pouring rain the next morning - well, off to check out some fjords in the meanwhile. With tons of water furrows on course it luckily dried up a bunch of days later. I at least got in half a day lapping this rad course - well literally lapping as I was on my Remedy and could pedal back up to the start drop. The well exhausting uphill climbs in between laps at least left me enjoying the 5°C creek shower afterwards.

HAUGASTØL
Couple of photos of the rainy days. 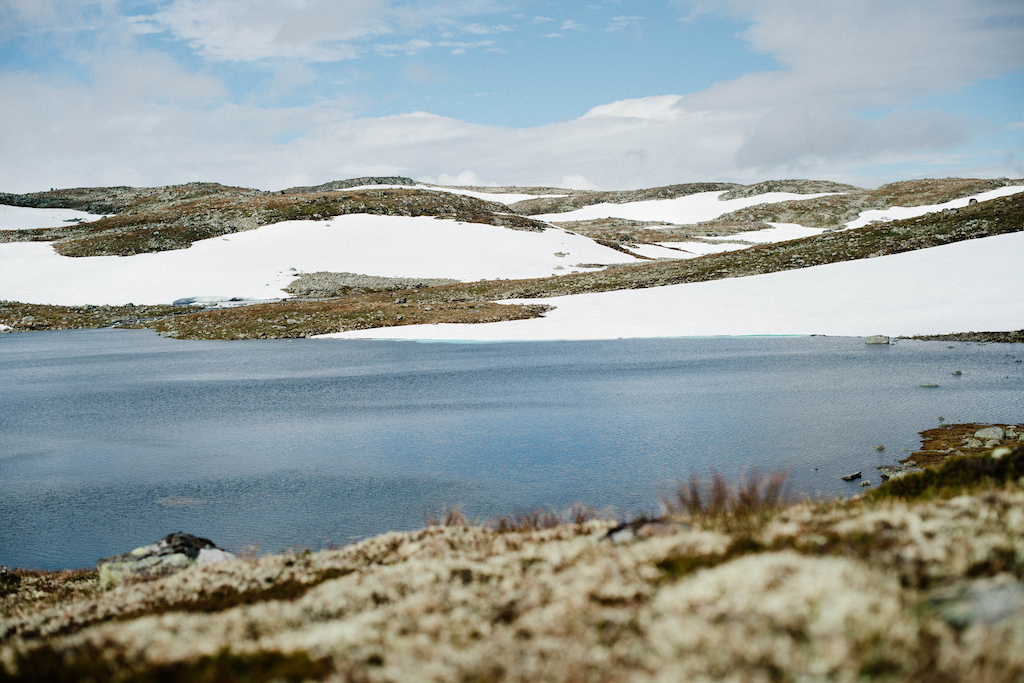 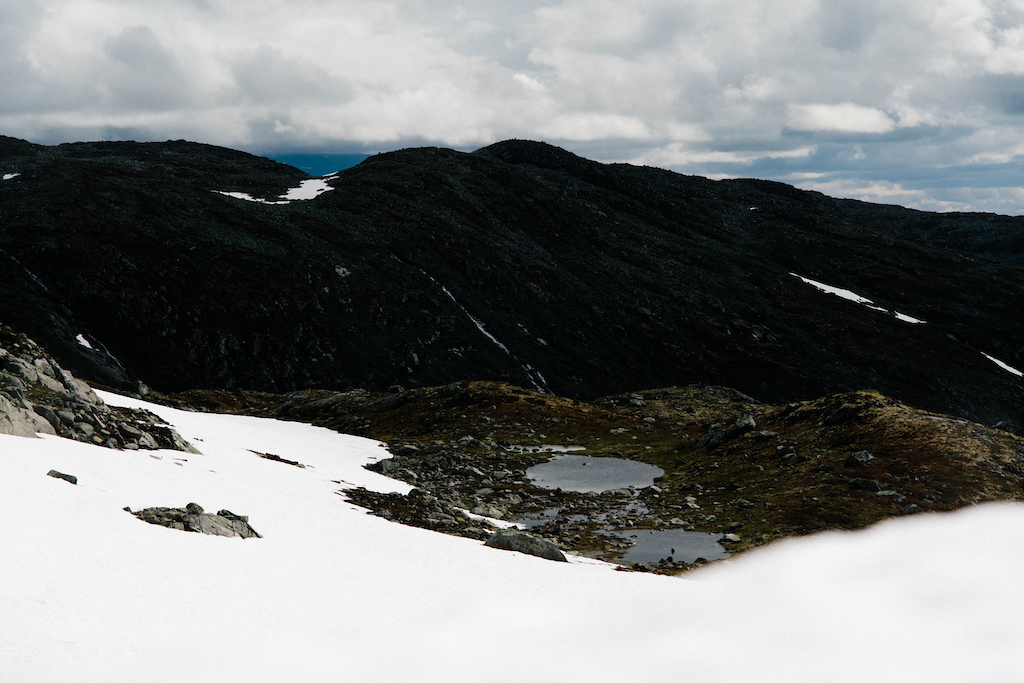 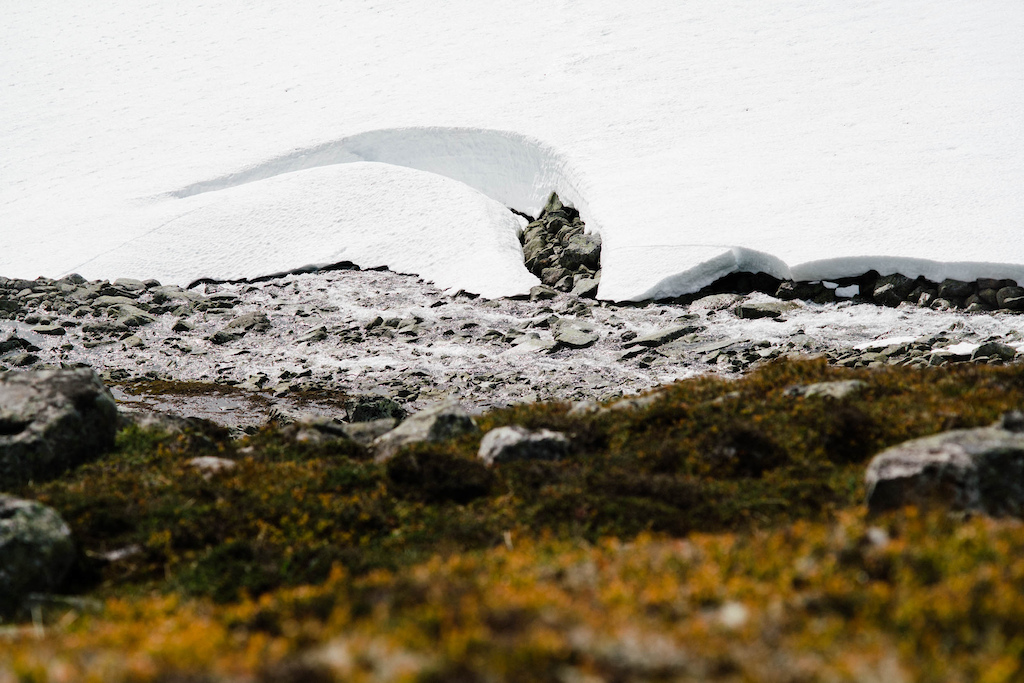 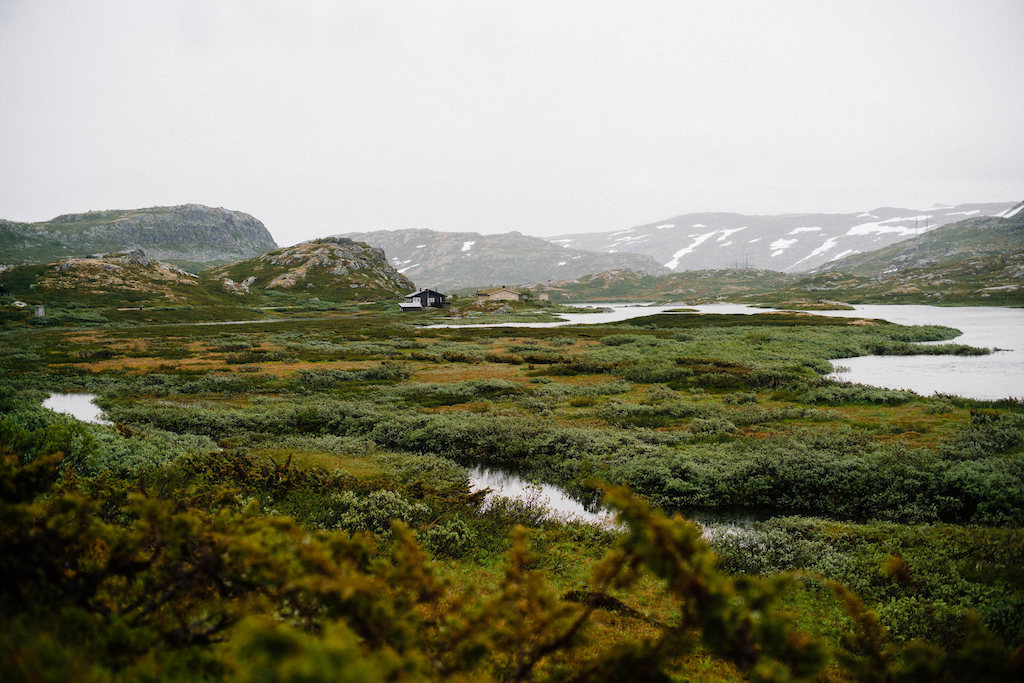 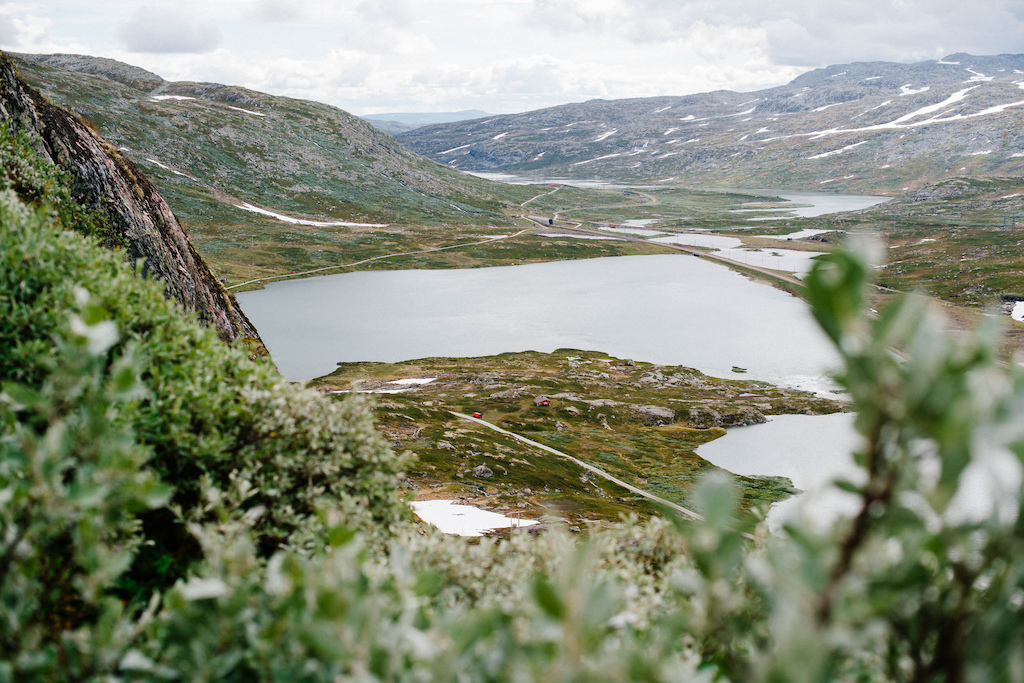 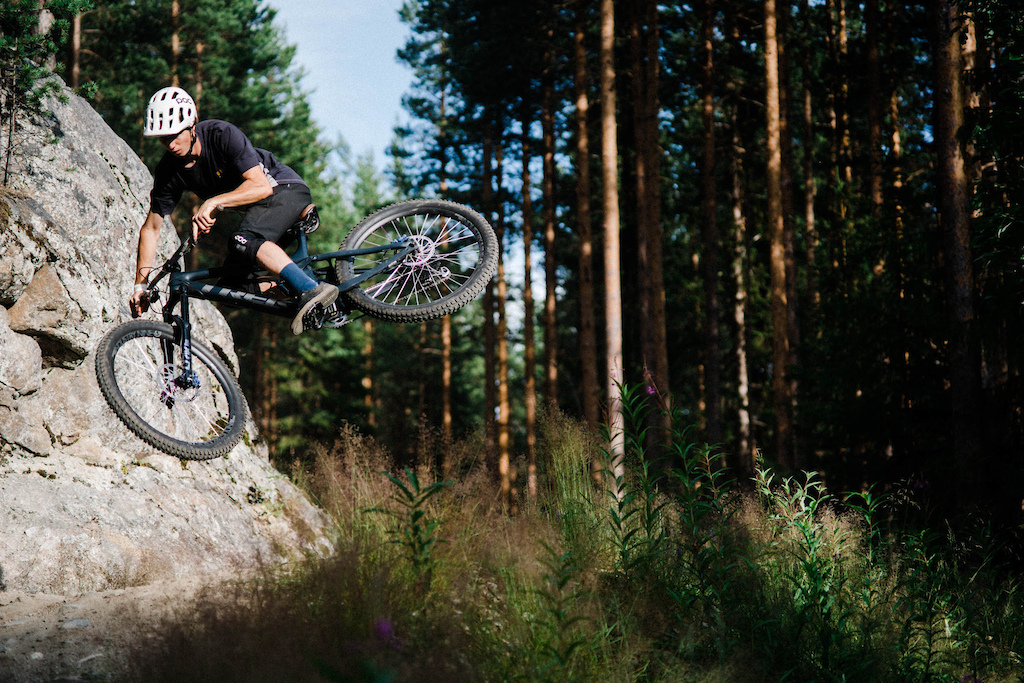 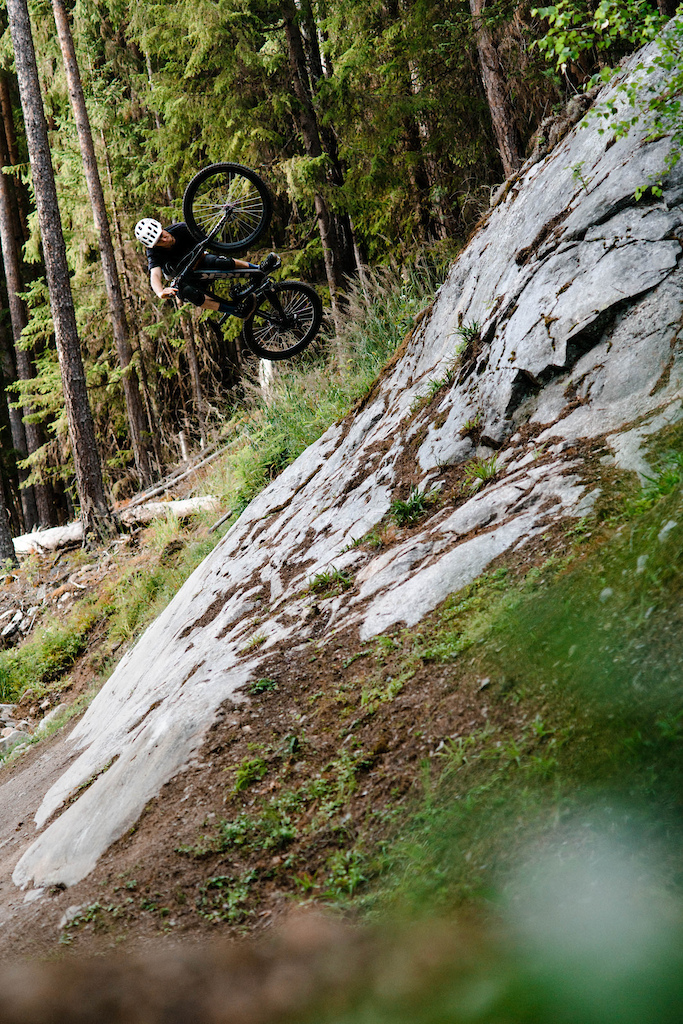 Still on the way up north, we also got to check out Norway's most famous bikepark in Hafjell and spent some time in the Nesbyen bike area - amazing trails. I also found some fun skateparks to play around in between and apparently they all had amazing scenery. 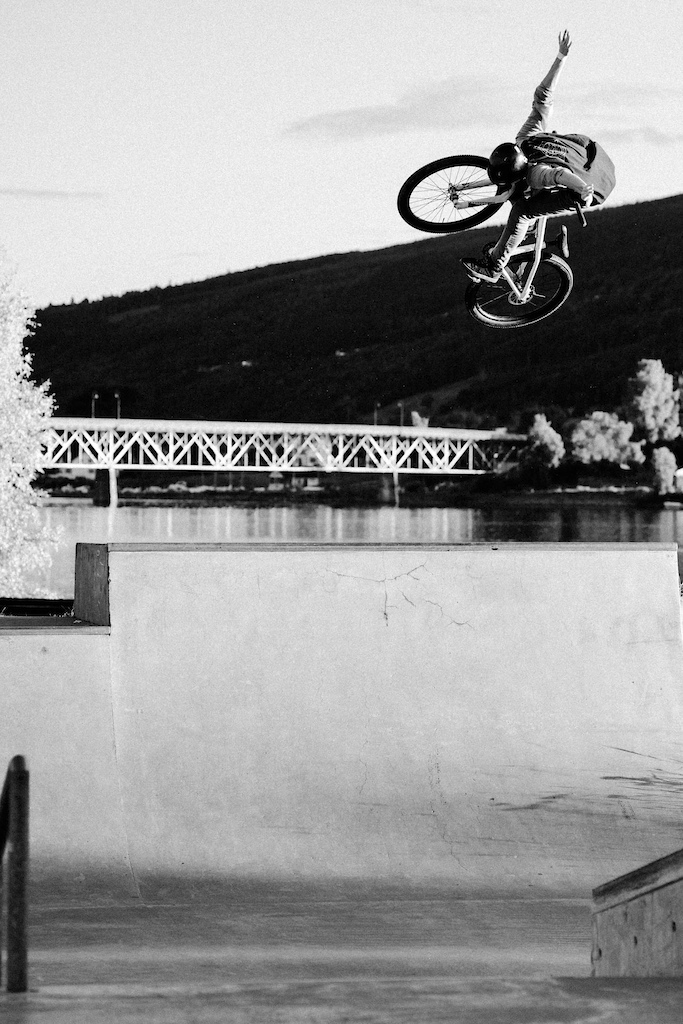 A sunset at Lillehammer Skatepark 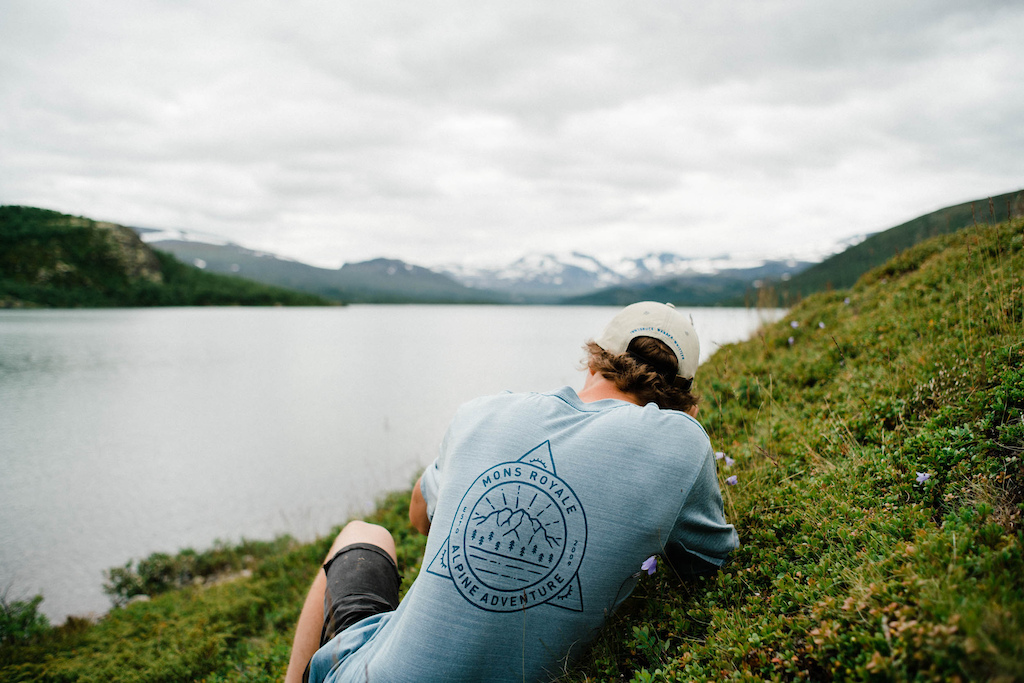 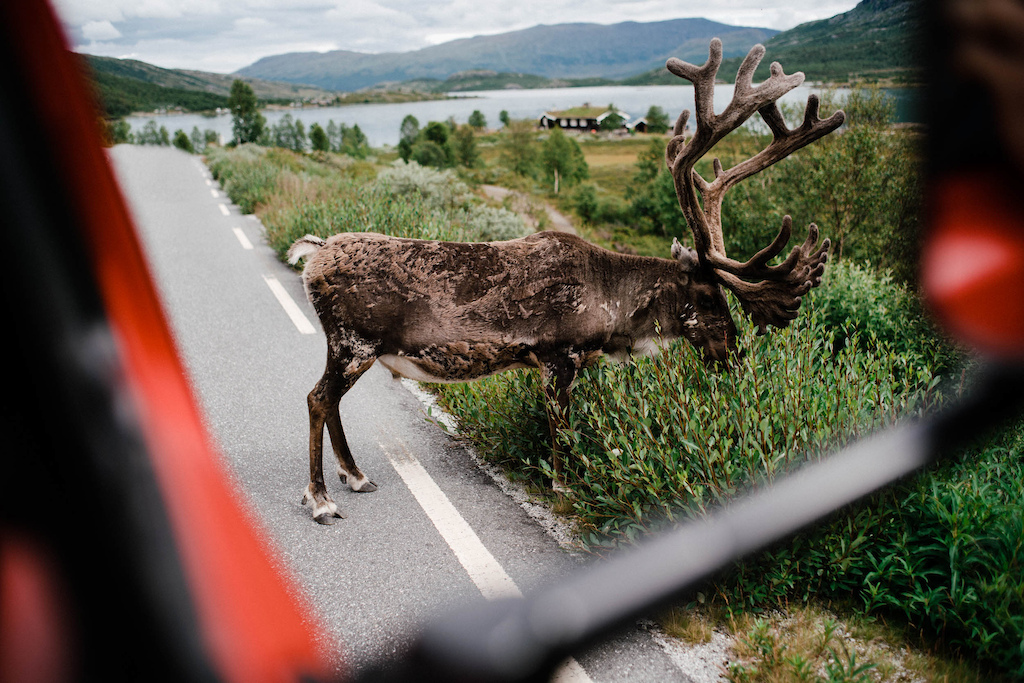 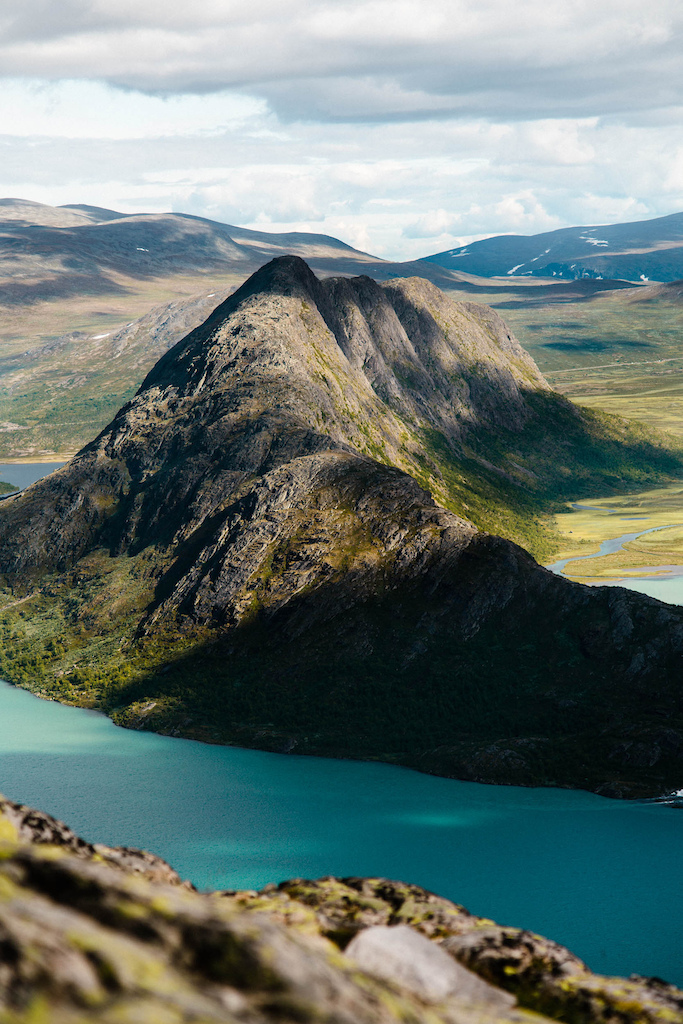 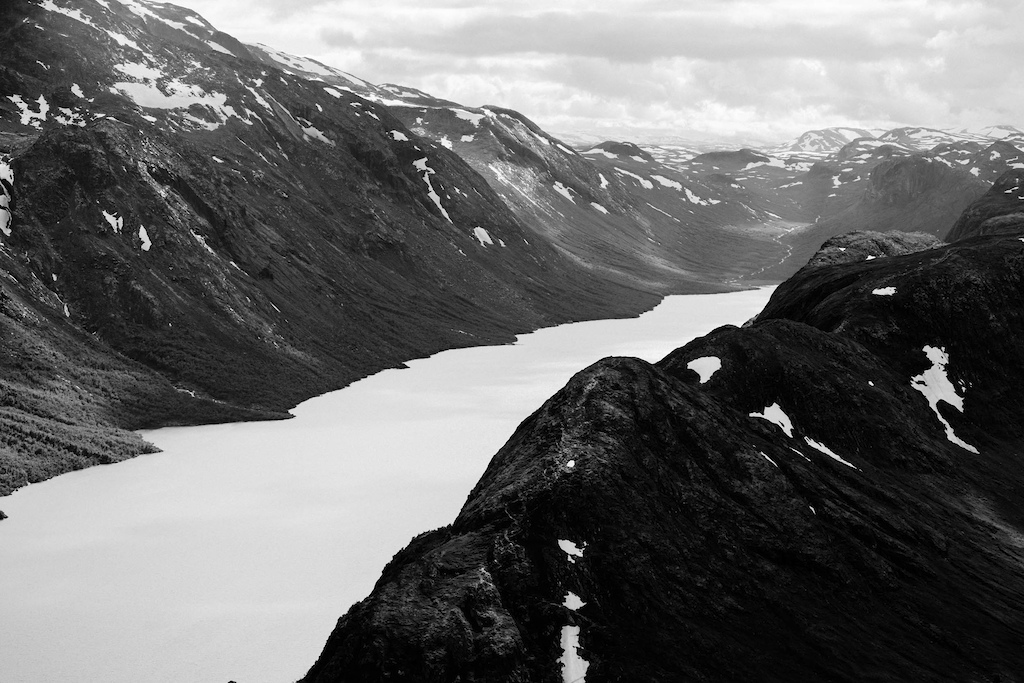 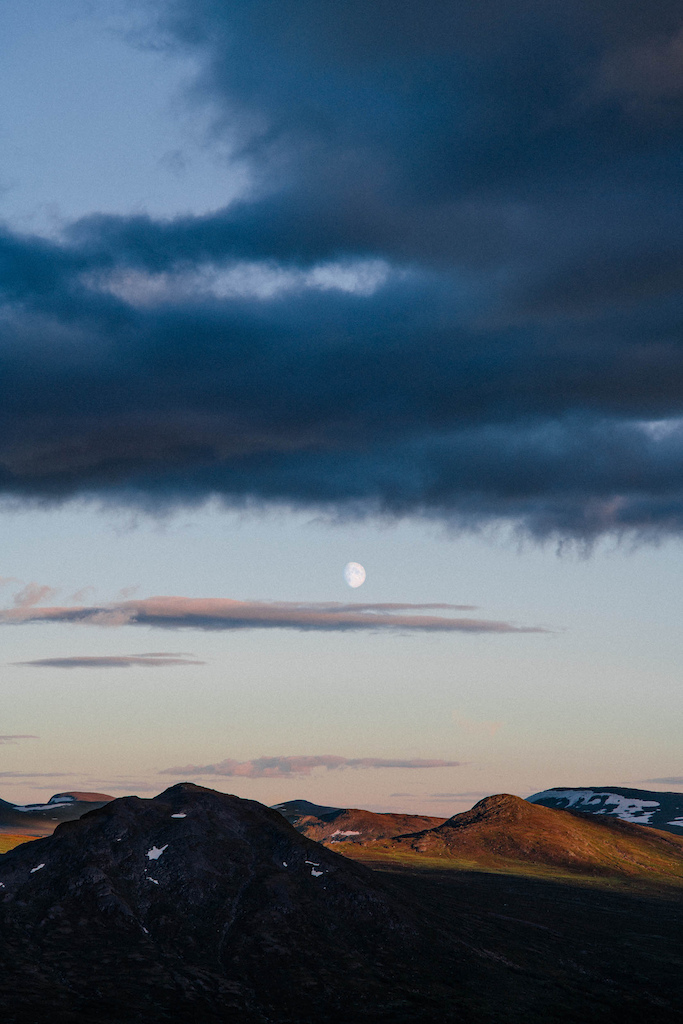 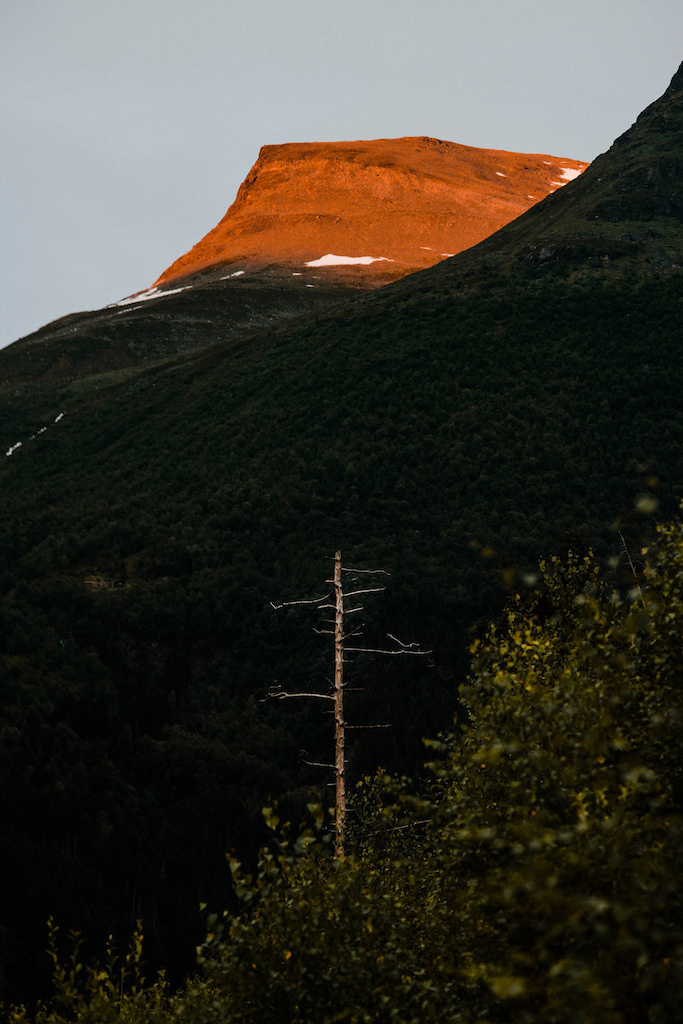 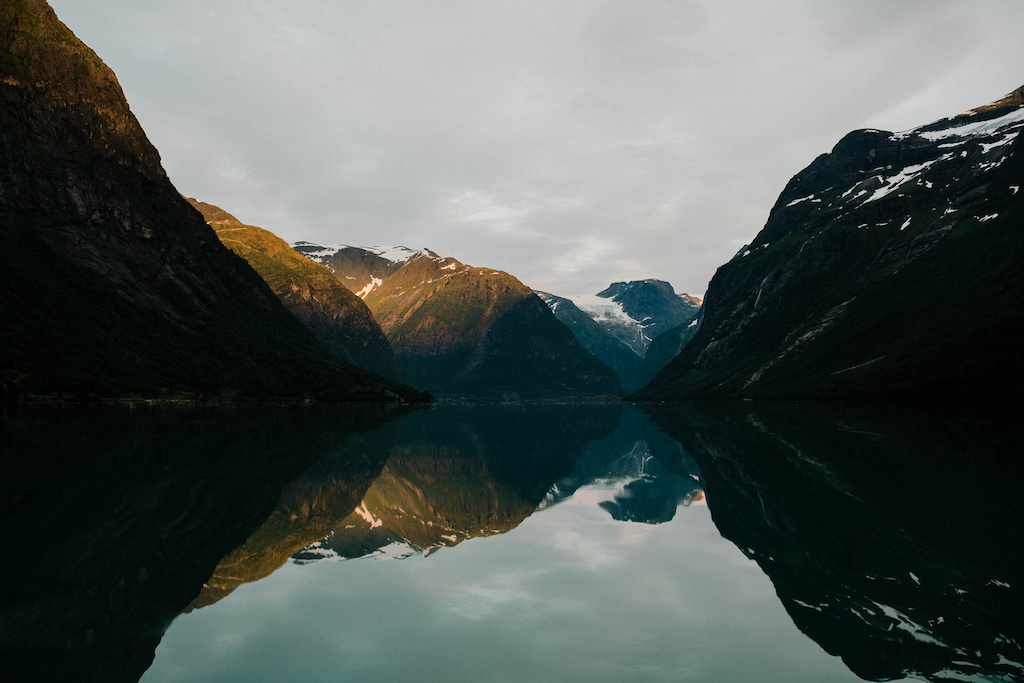 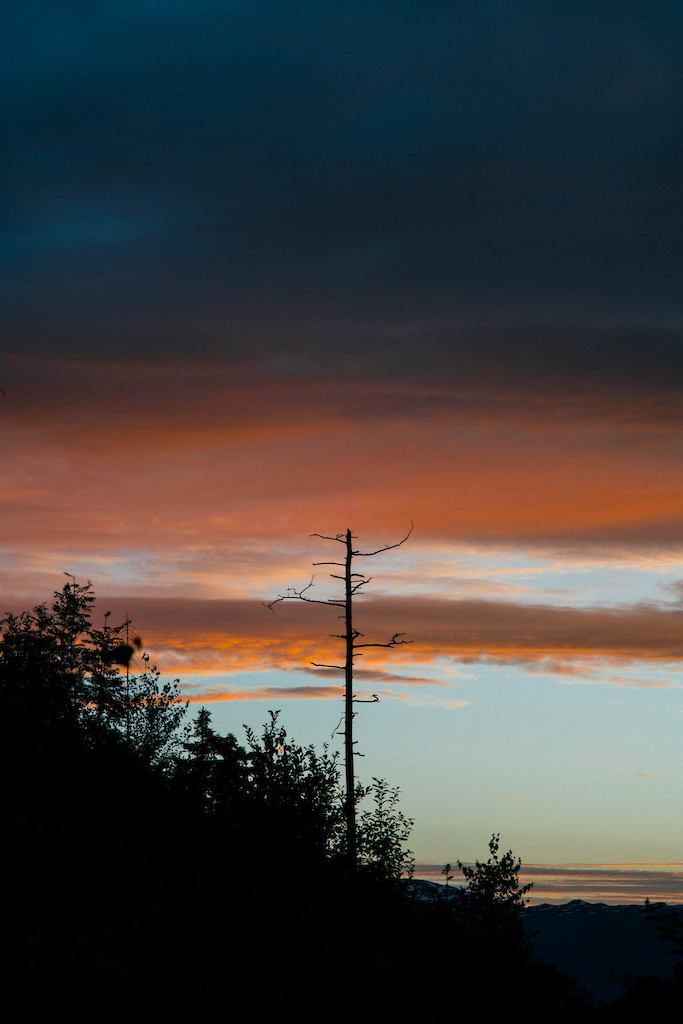 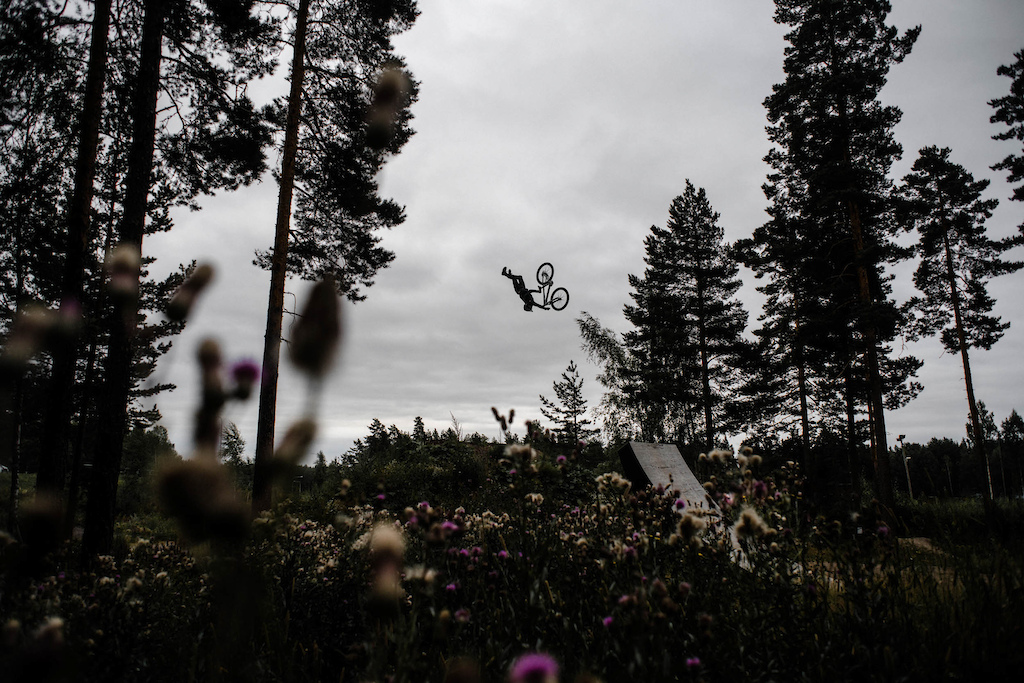 SWEDEN
Since Sweden first welcomed us with a few rain days in Åre and its surroundings, our path leads down to Järvso Bikepark and to Emil's place in Falun straight away. About 5000KM since leaving home and with only a weekend left until heading back towards Innsbruck again, we got to spend an amazing couple of days at 'DirtKing'. Which is a Swedish DirtJump invitational hosted by William Stromberg and his family. There would have been no better way to end this trip - with not only all kinds of activities like dirt jumping, pitbiking, surfing and wakeboarding involved but also the most rad bunch of individuals in the Swedish MTB scene. 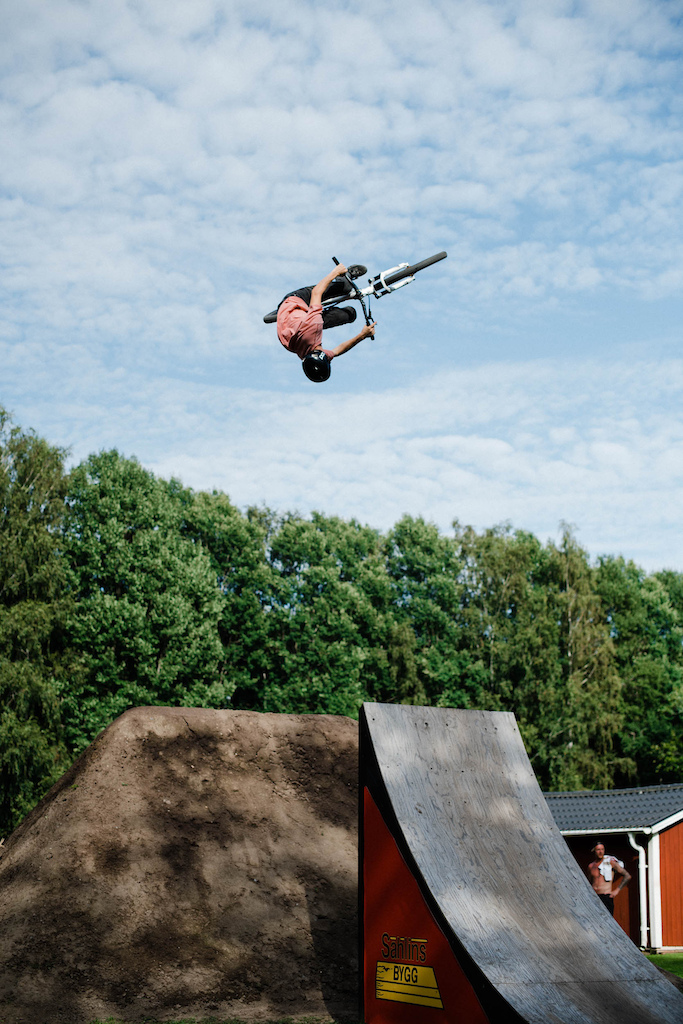 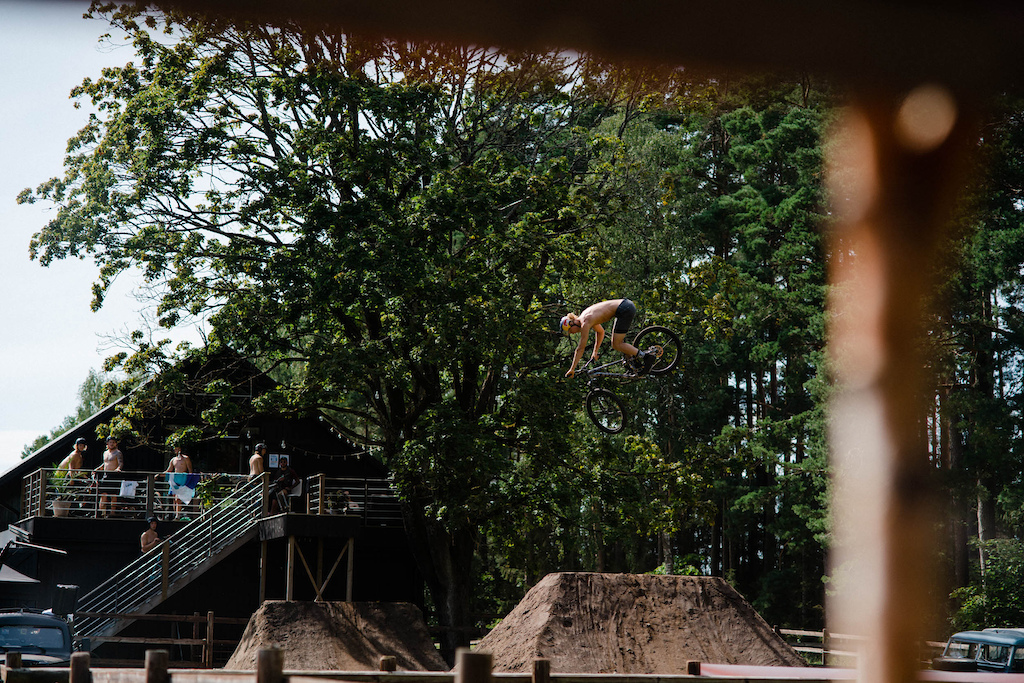 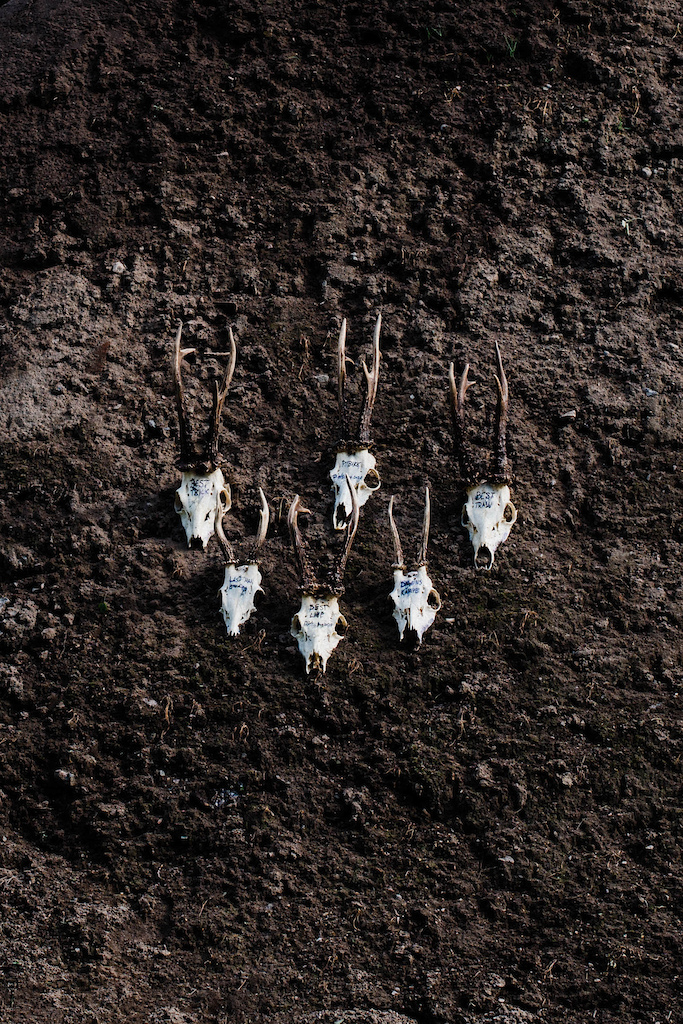 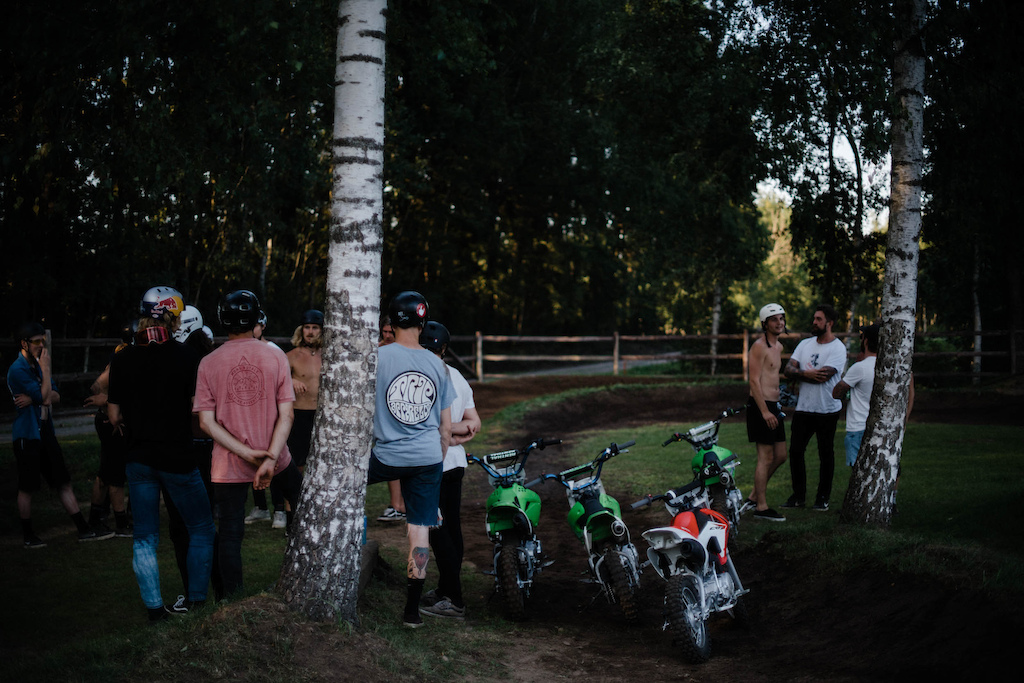 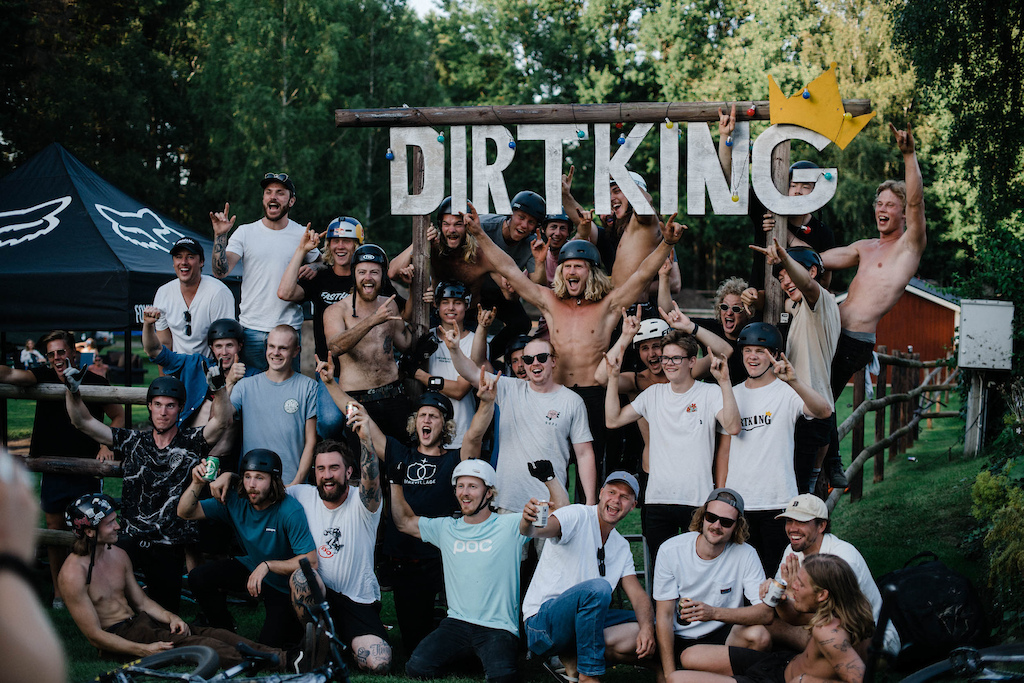 Special thanks
Elena Zeppelzauer, everyone involved and everyone we got to meet along the way as well as to
Trek, Mons Royale, Industry Nine, Trickstuff, Chromag, SB1, Chaoyang for the continuous support.

megatryn (Apr 18, 2021 at 5:58)
Is there a long edit coming? 'Cause all I saw was flashes of mid air madness. No full lip-to landing clips. I can't remember anything from the video, just a blur. This needs to be a 5min-7min edit, with the same amount of cuts or a similar length edit with half the cuts. Or better still, a 15min edit with proper run-ins, full jump and landings, some scenery. Let the eyes rest between the hits.

This bares witness of 30s instagram editing trying to do long format. It doesn't work.

lowgear (Apr 18, 2021 at 5:39)
I can understand it if you're of the park persuasion, but "after wandering around Oslo for a bit we quickly drove further north towards some bike areas" is doing a massive disservice to the riding around Oslo. Unlike any other capital city I know of, it is surrounded by forests on three sides, all of which are littered with prime bike trails. Maybe not as photogenic, but it's good. Norwegian style single track, all natural.

Screenshot of mtbmap.no, mapping service with all trails color coded via openstreetmap.

megatryn (Apr 18, 2021 at 5:47)
The ability to do subway shutteling in Oslo is one-of-a-kind, where you also can go big on Andreas Wold and Brage Vestavik's old builds. Van-jumping should also possible on the road-gap in Frognerseteren.

Anybody keen for a guided trip in the Hauhastøl region, we're just further down the Hallingdal valley in Nesbyen offering guided trips and package holidays in the whole of Hallingdal - anyexcusetoride.com

To me the title is read ‘neurth’.

rointheair (Apr 18, 2021 at 1:18)
Beautiful pictures ! Cool video too but we only see jumps, not really the trip and the different beautiful places...

transitter (Apr 18, 2021 at 5:24)
While hiking somewhere in Norway we stumbled upon some naturaly formed quarter pipes. Wondering when someone will ride them and drop an edit.

And we need a longer edit. Epic adventure with a short and hectic edit - there's a mismatch.