Hannah Bergemann hosted the first-ever Hangtime women's jump jam last weekend in Bellingham on the Blue Steel jump line. The event, which was supported by Transition and Red Bull, brought together more than a dozen invited athletes and a collection of up-and-coming groms to share two days of stoke, sends, and mentorship.

At the end of the weekend, three riders earned well-deserved awards: Avery Martinson, who threw backflip after backflip at her first-ever invitational event, walked away with the Riders' Choice award. Blake Hansen, who worked her way down the line jump by jump until she could hit the whole thing and even throw in some style, took home the Best Progression award. Finally, 15-year-old Brooke Anderson was named for the Best Style award.

Another honor goes to Harriet "Haz" Burbidge-Smith, who already knows how to fly but was granted her Red Bull wings at Hangtime when Hannah Bergemann gave her the coveted Red Bull helmet.

Each and every rider seems to have pushed their personal limits and progressed immensely. Hannah Bergemann has said time and again that she wants to show the next generation what's possible and create a path forward for the riders to come, and events like Hangtime help make that goal into a reality. Freeride mountain biking has, until now, remained notably male-dominated, but with events like Audi Nines and Proving Grounds welcoming women and with new events gaining momentum like Red Bull Formation, Dark Horse, and now Hangtime, the sport seems to have finally reached a tipping point. 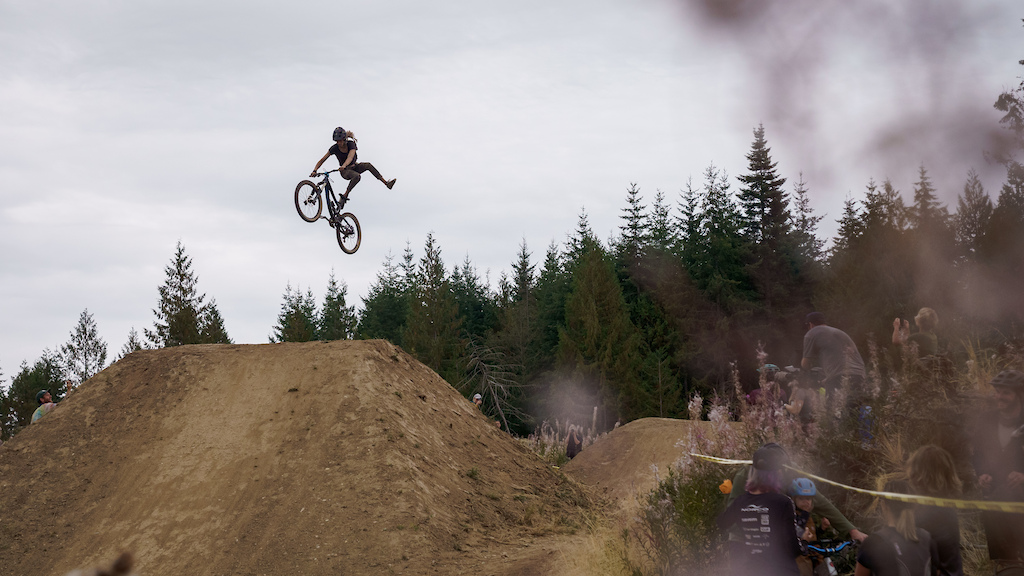 Avery Martinson comes from BMX and blew everyone away at her first-ever invitational mountain bike event. 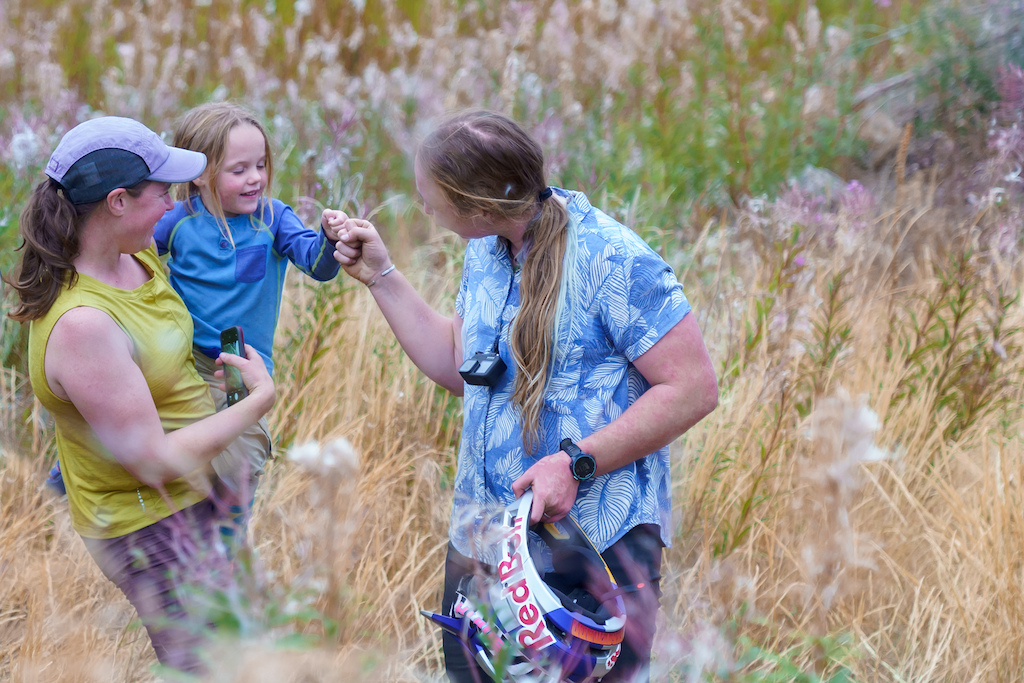 The event was Hannah Bergemann's brainchild and was supported by Transition and Red Bull. 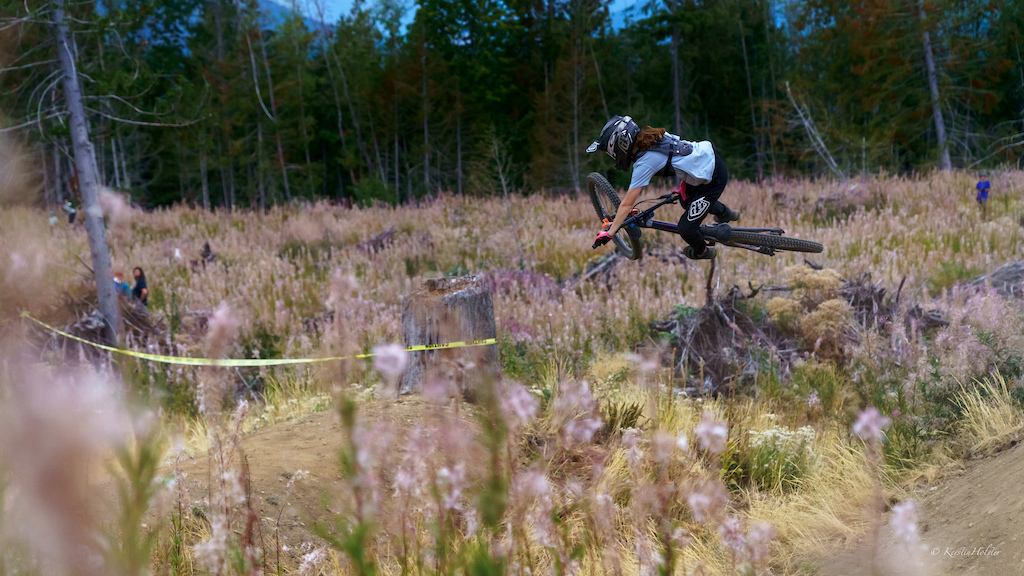 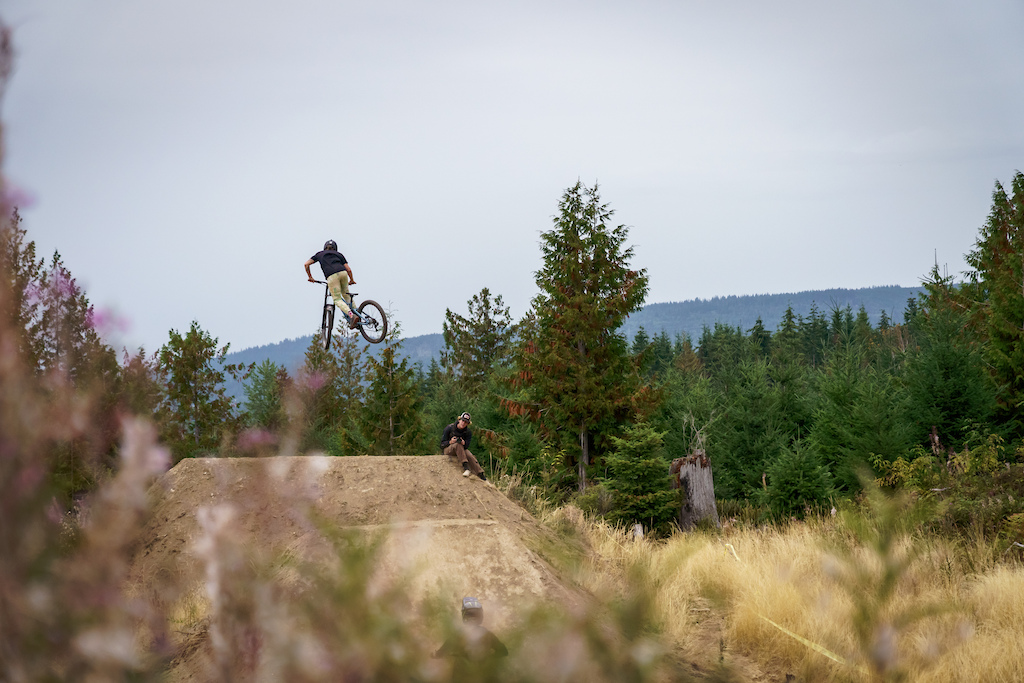 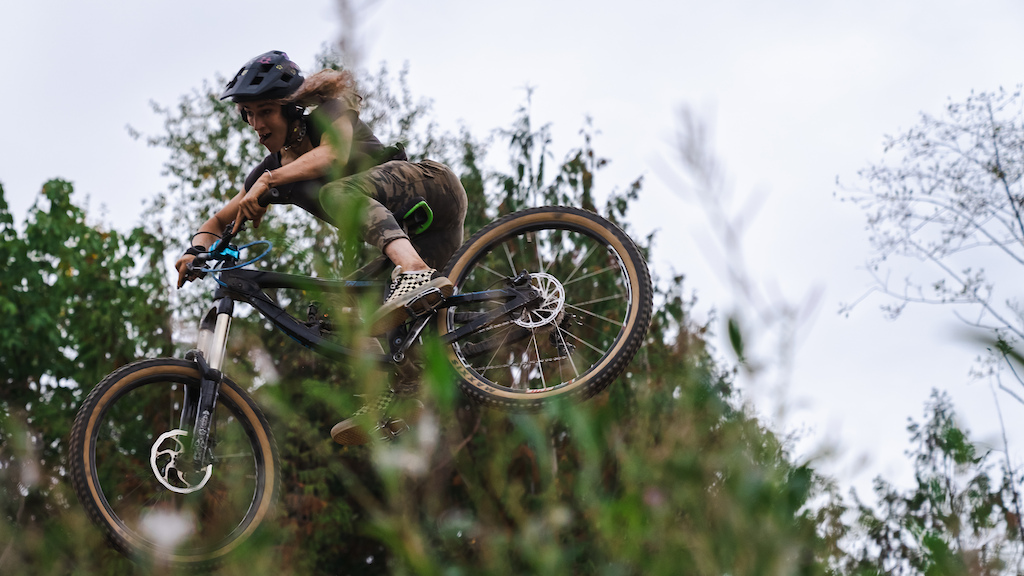 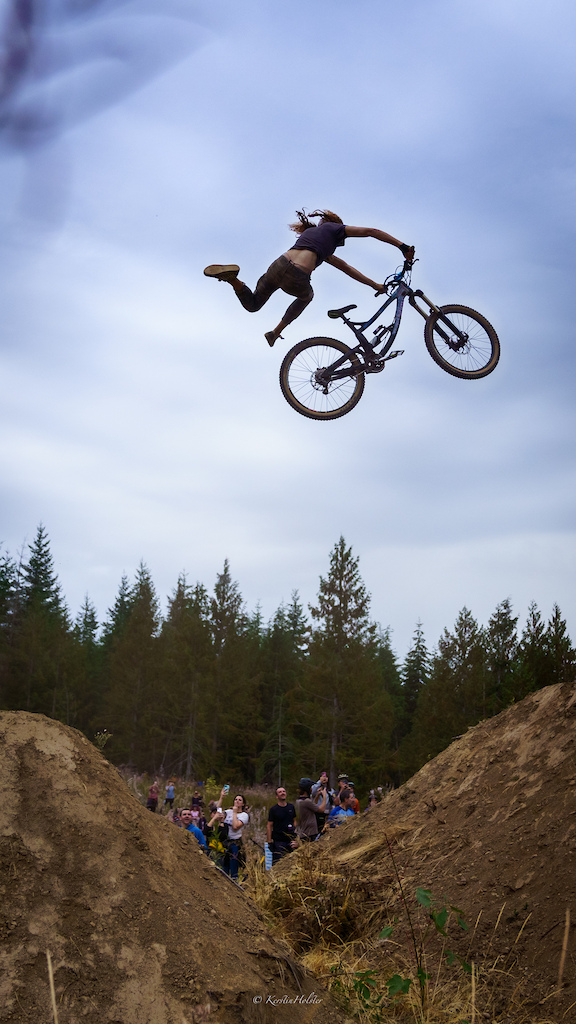 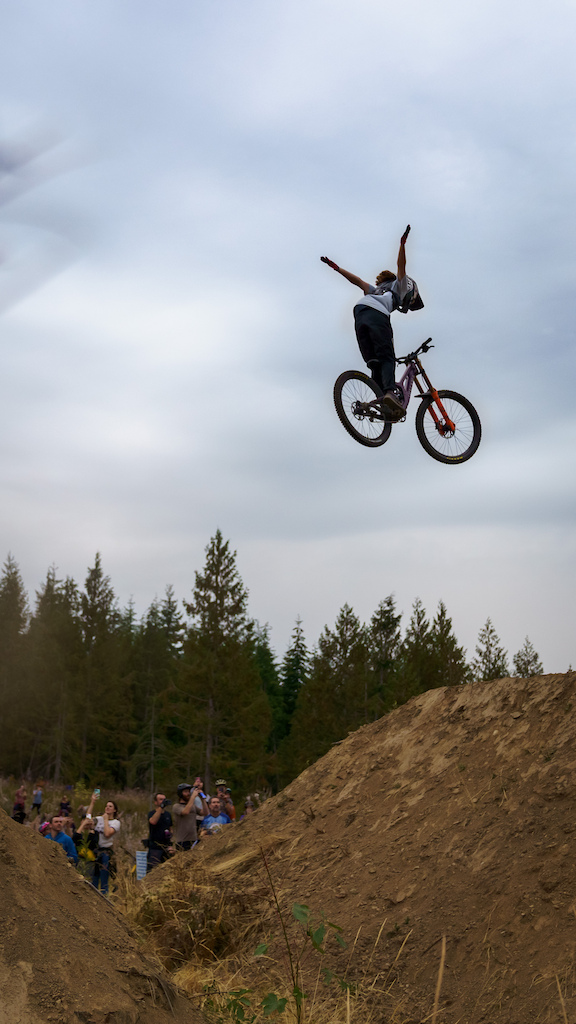 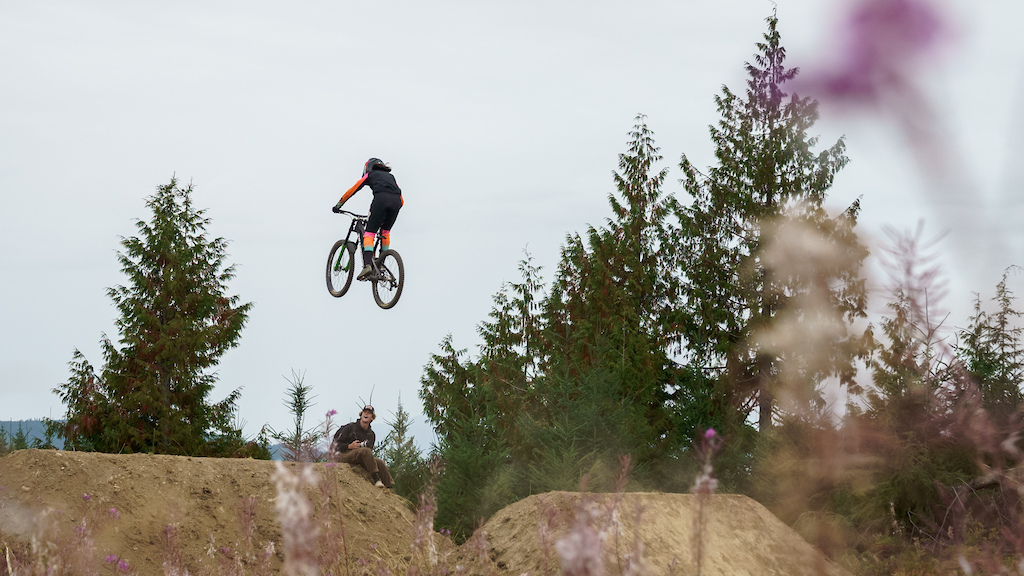 Riders spent the two days of the event getting more and more comfortable on the jumps, which were the biggest jumps some of the riders had ever ridden. 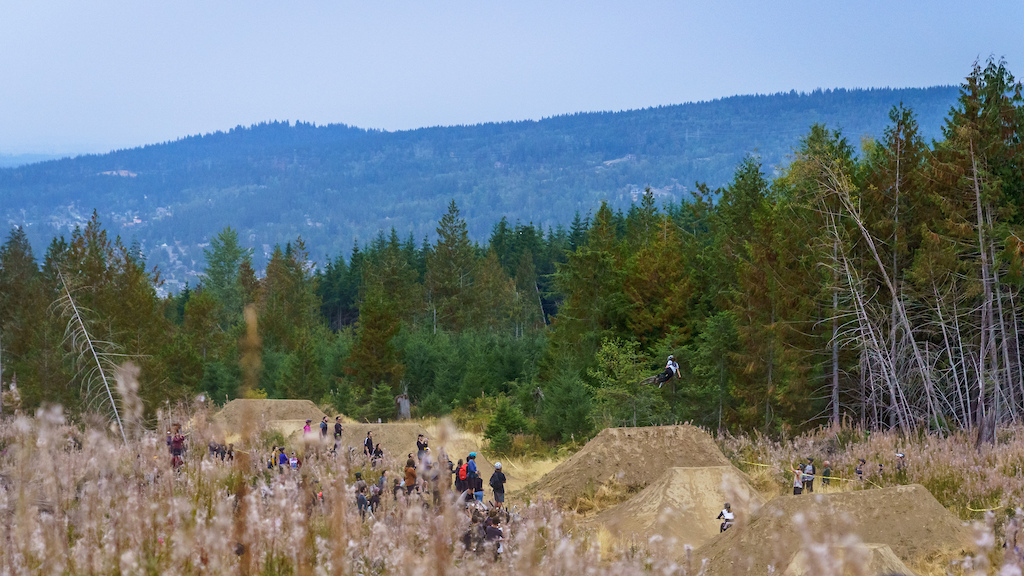 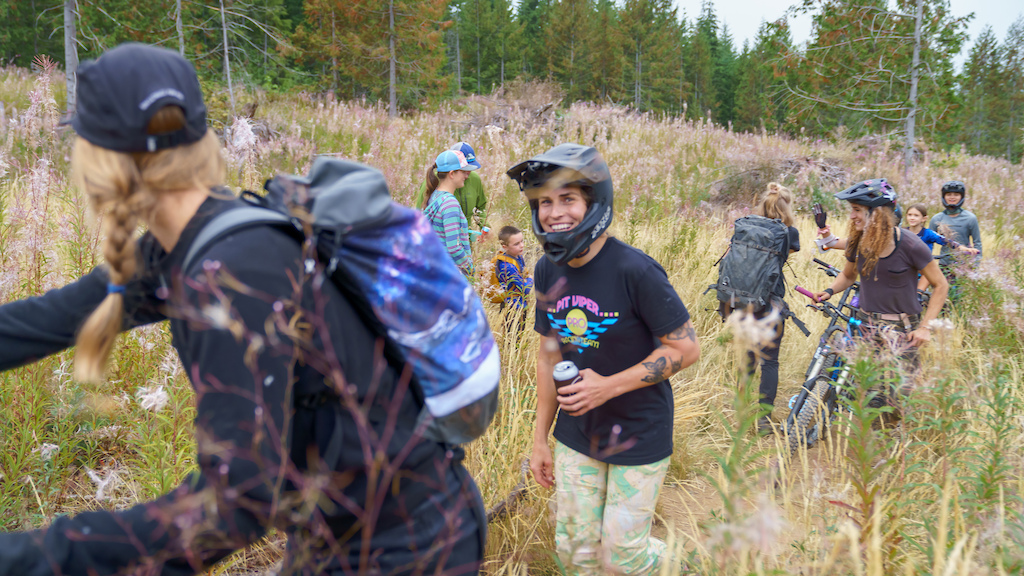 These events are all about the camaraderie. 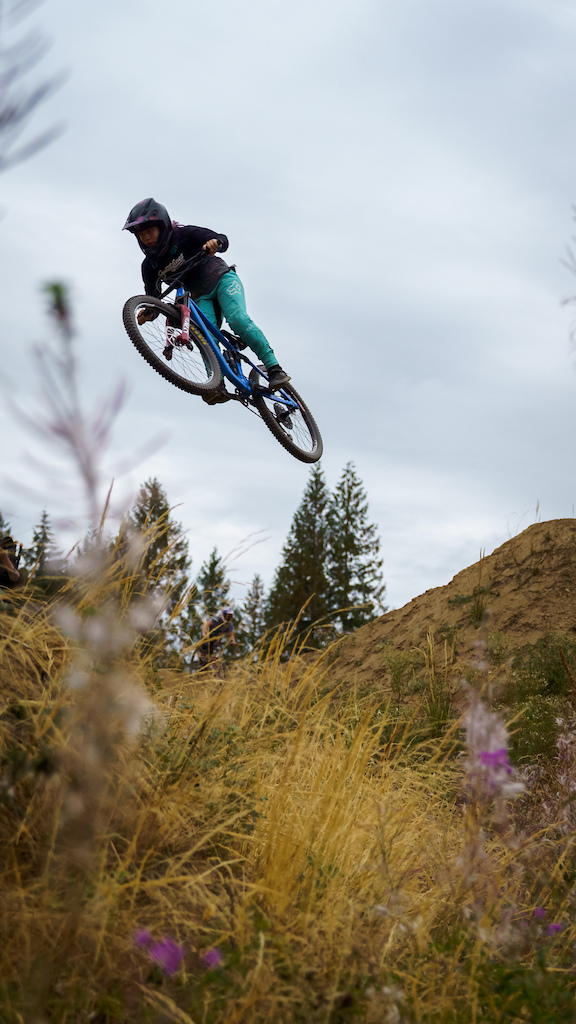 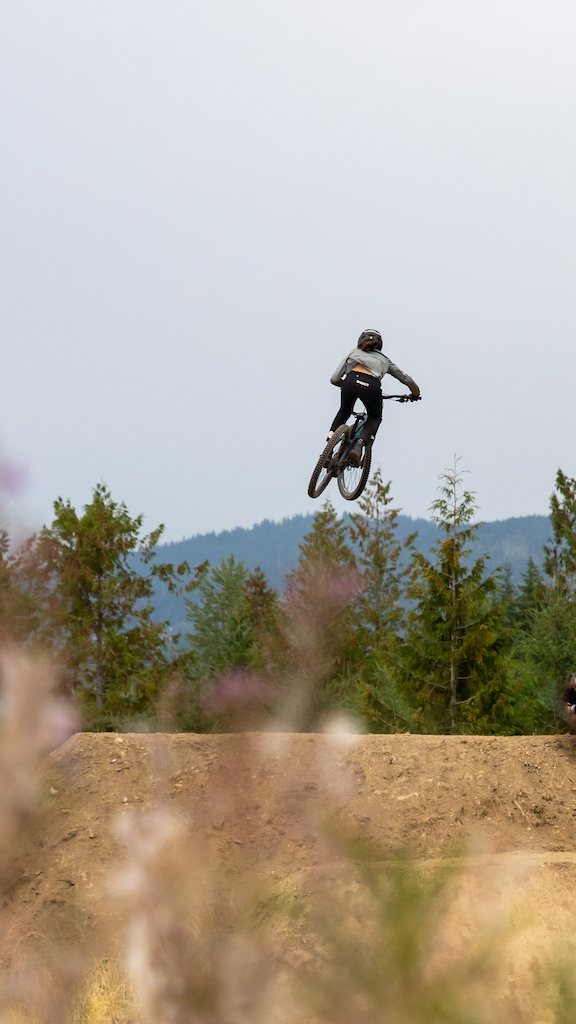 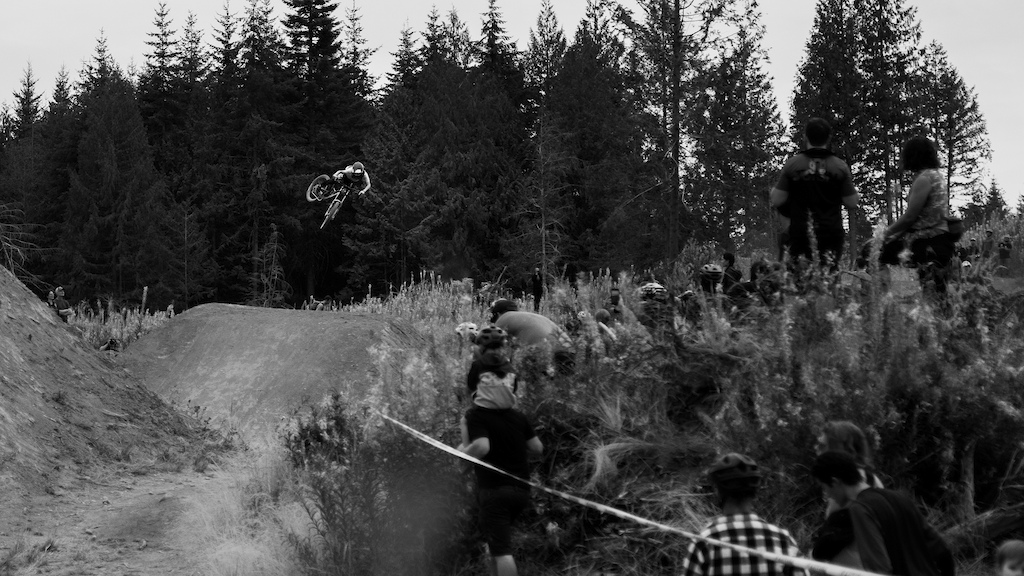 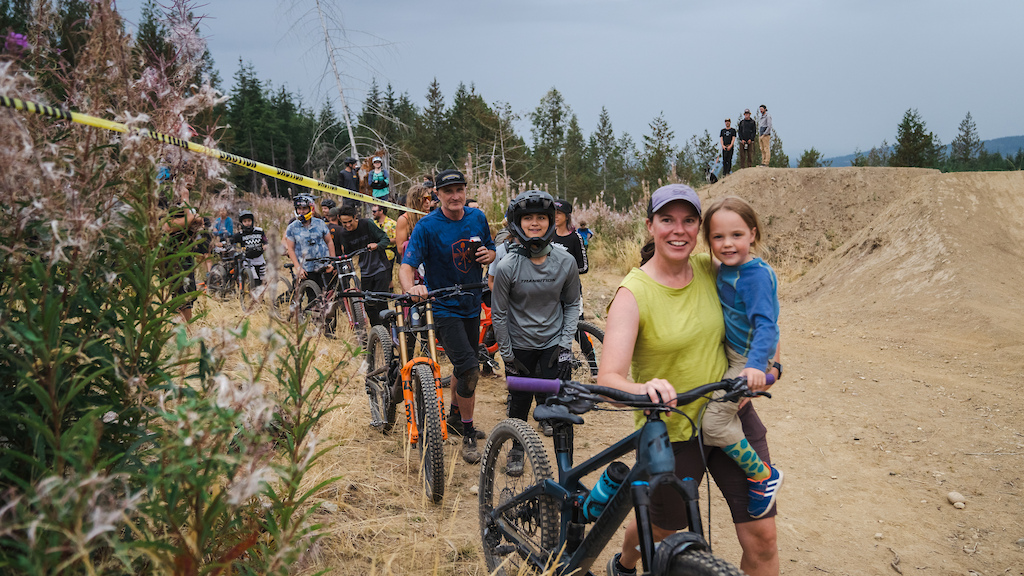 The event was a great mix of experienced freeriders and up-and-comers, with mentorship being a huge focal point for the weekend. 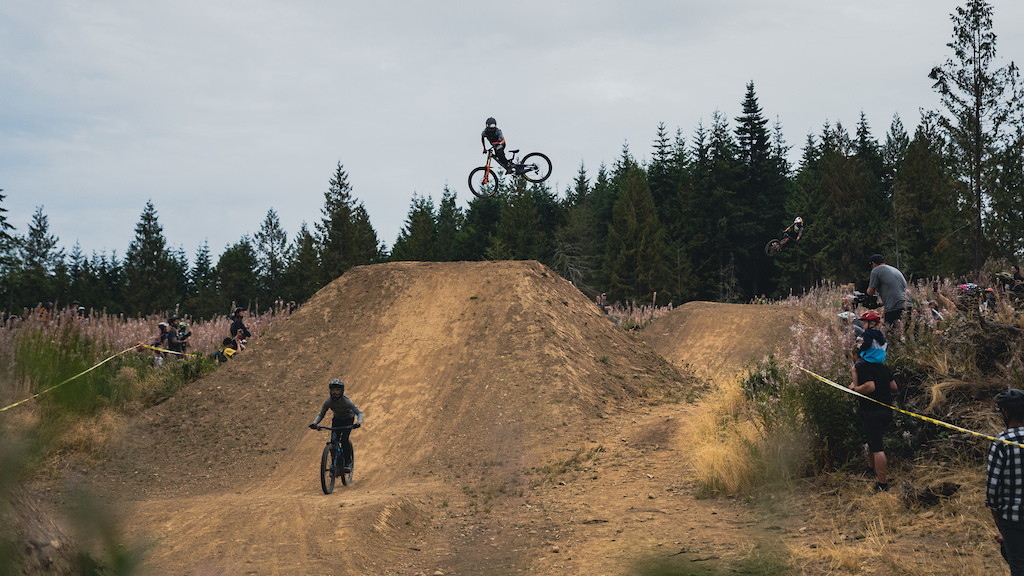 The air was full of ladies. 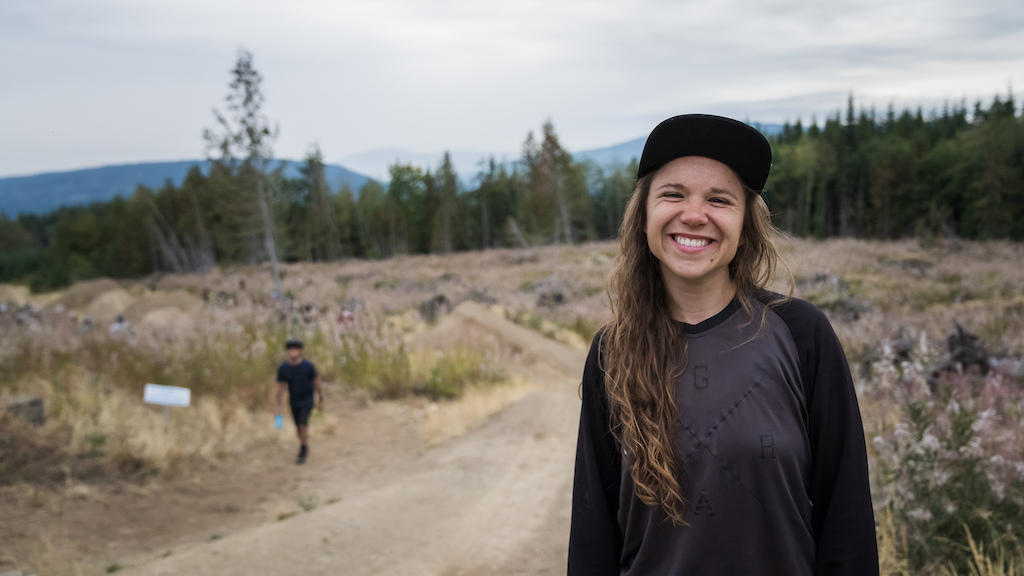 Sydney Schumacher was all smiles. 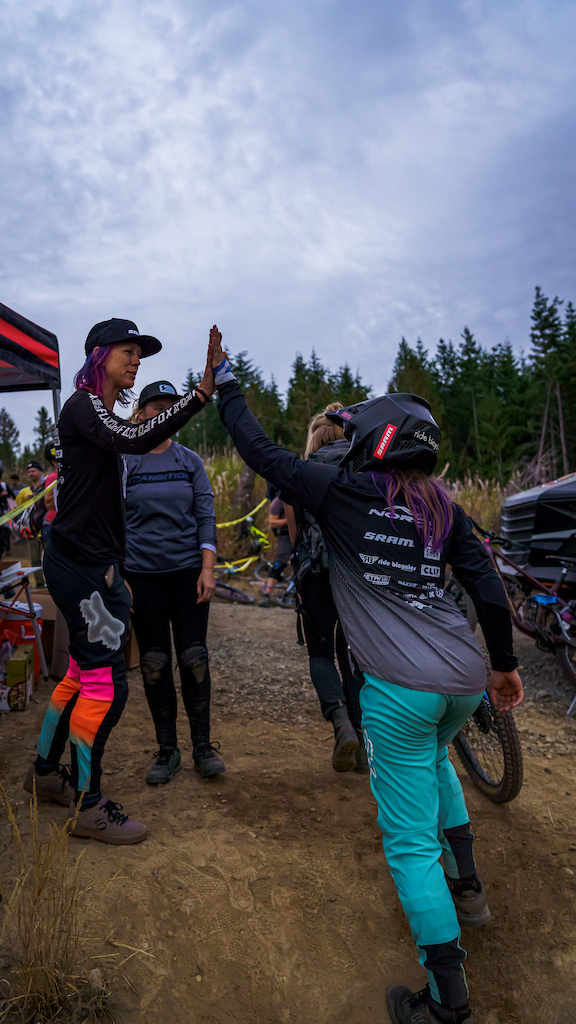 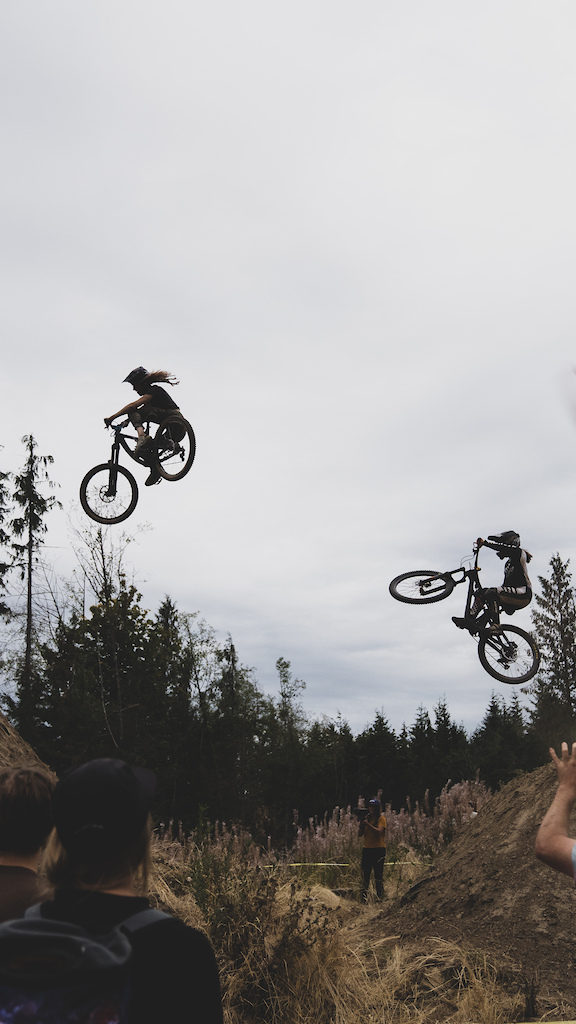 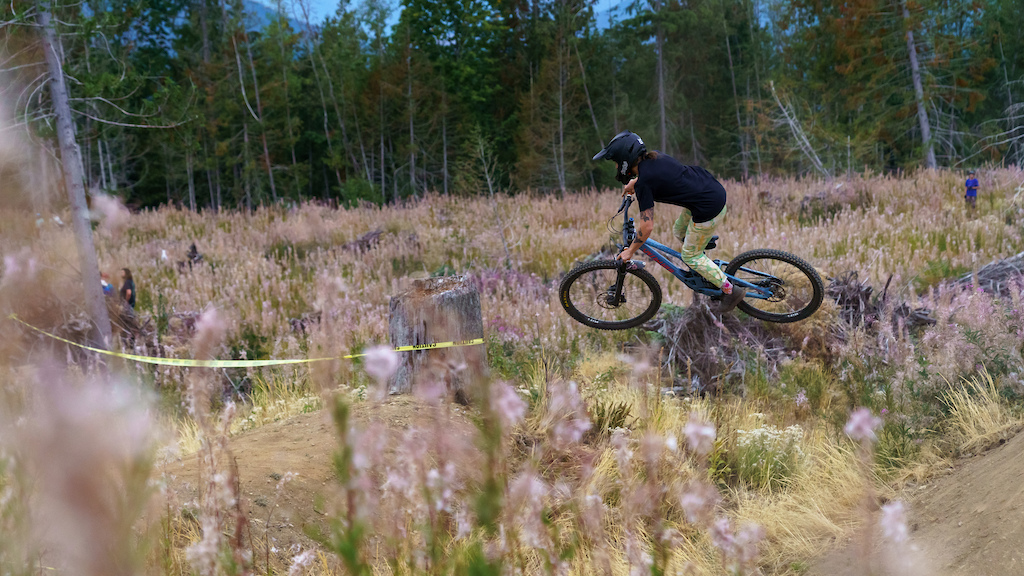 Blake Hansen made huge strides forward in her riding at the event. 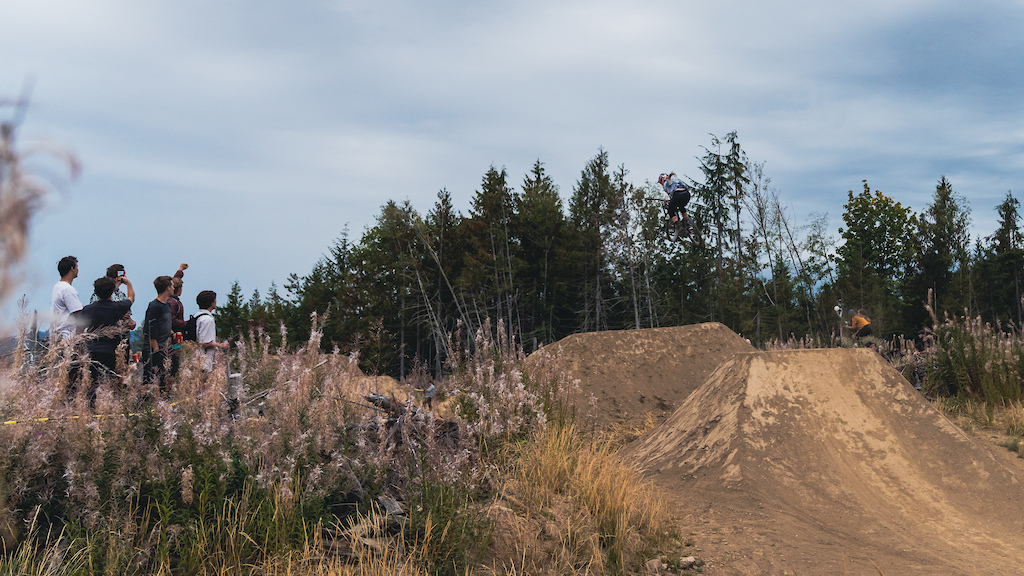 Hannah is somewhere up there by the trees. 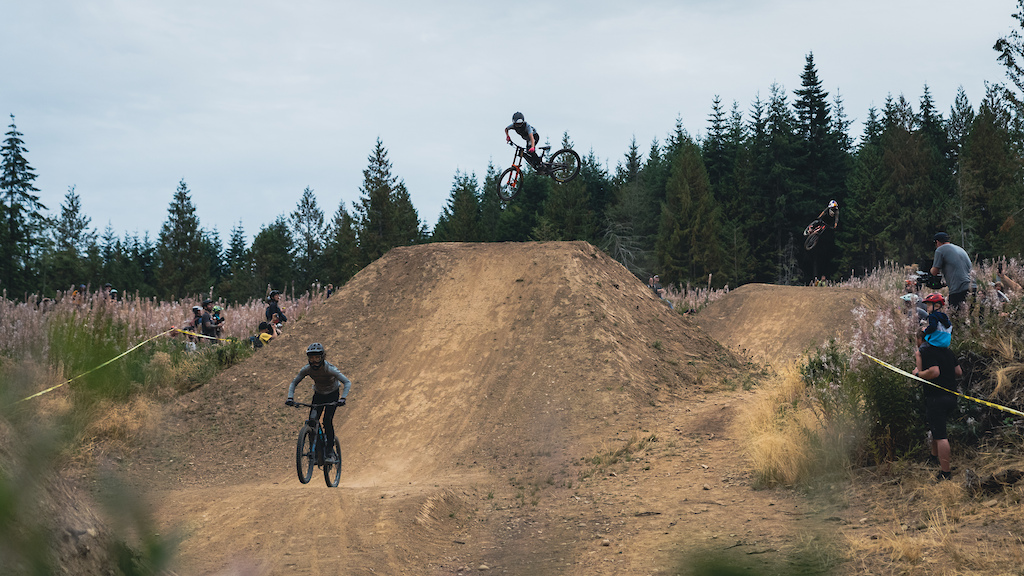 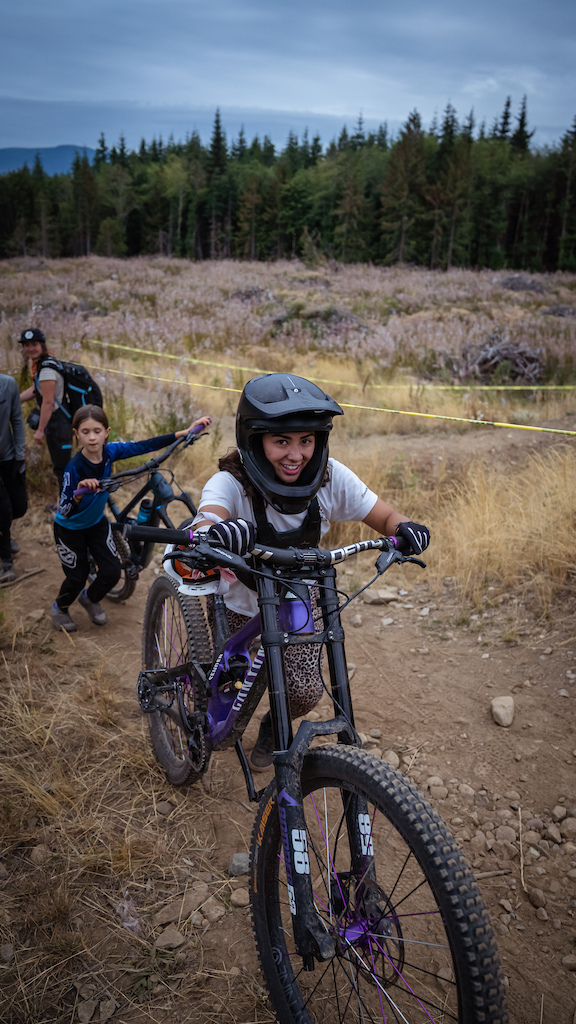 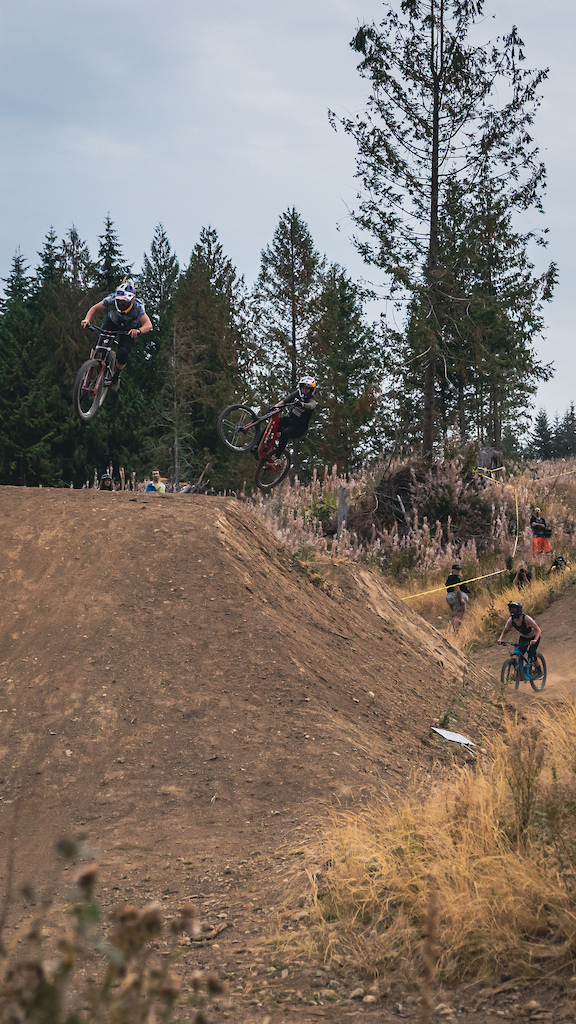 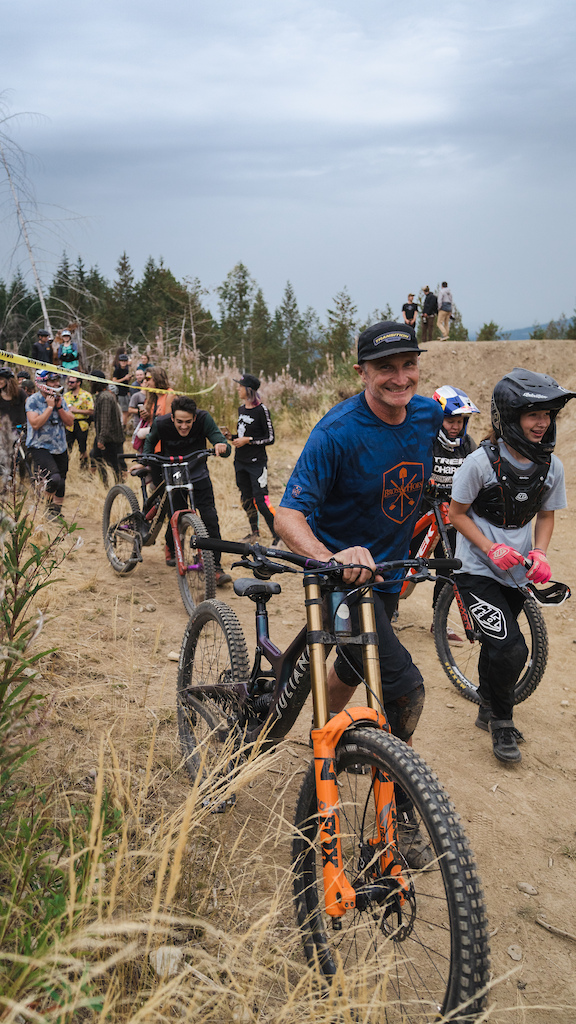 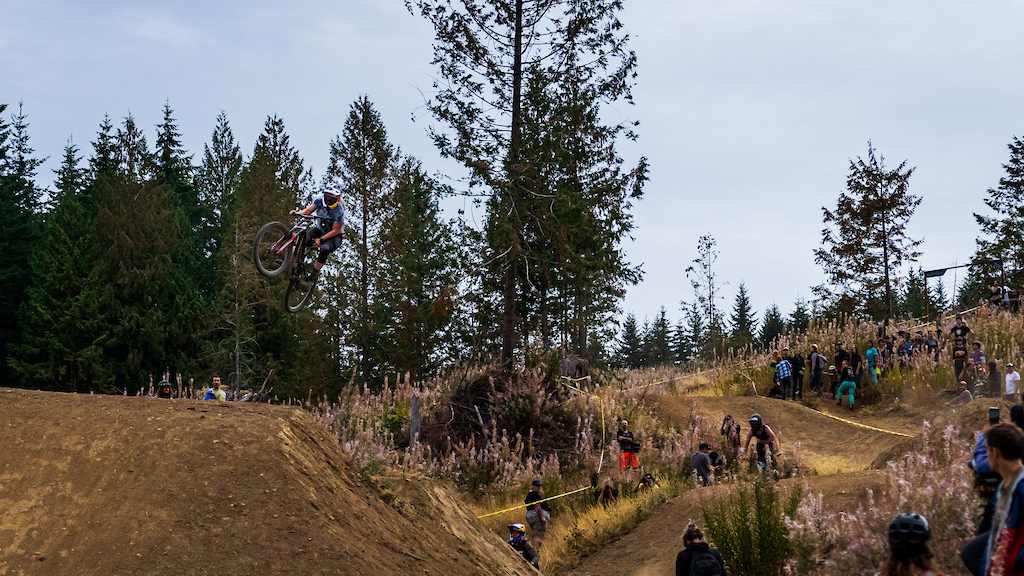 SuperHighBeam (Sep 8, 2021 at 16:16)
So is that called a "shot bar" the mountain biking equivalent to the "shot ski".
I love the stoic guys in the background watching gals riding. There faces say it well, "damn those gals have showed up my skills on the jumps."

viccuus (Sep 9, 2021 at 9:46)
This is awesome, and not to put a negative spin on it, but why has it taken so long to have an event like this? I think female riders have been capable of this for years. Why did it take until the past couple of years to finally have freeride events for women?

SuperHighBeam (Sep 8, 2021 at 16:17)
Loved the clip of the guys and gals shredding together on the jumps. That's how it's done everyone. Inclusion!

Andrewcycleaddictstaton (Sep 8, 2021 at 12:48)
rad ladies. so stoked to see these events happening

GotchaJimmy (Sep 8, 2021 at 12:54)
Avery's style is unassailable, wonder if she'll continue to branch into MTB!
Post a Comment