Now That Was a Race, Finally

If the months without racing were not that long and uncertain, we could have said that it was worth the wait. After two SloEnduro 4Fun events, the Matadown in August and Kope on the first weekend in September, we finally held the first of the big SloEnduro series races in 2020.

Four special stages on a variety of trails from flowing to technical, 1200 vertical meters of climbing and descending, ideal conditions and a strong field. That is how we could describe the weekend in MTB trail center Kočevje in short. In this unusual season, the venue managed to hold their third major event after Flat Out Days freeride festival and XC Kočevje, a strong international UCI Class 1 race. Enduro Kočevje was also the 2020 Slovenian Enduro Championships race.

The start list was less international than what we are used to in SloEnduro, but the Austrians added a decent number considering the situation. Plus there was a surprise guest from Scotland mixing it up at the top of the ranking. 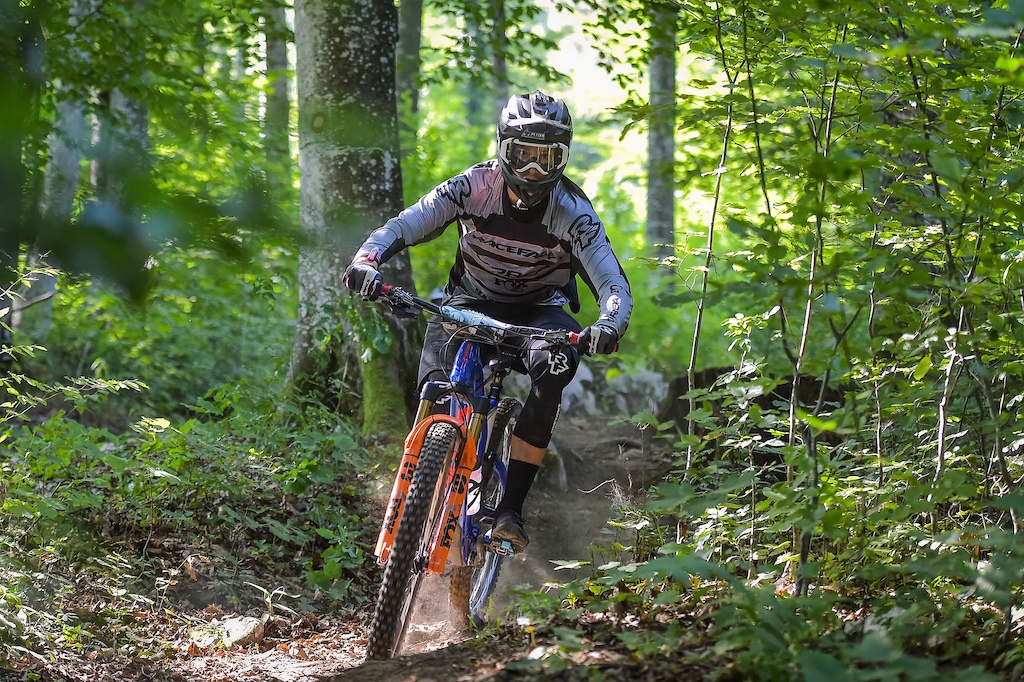 Vid Peršak
The Fight for Metal

Vid Peršak (Orbea Fox Enduro Team) won his fourth national title by winning three out of four special stages of the day by notable margins and proving that he is in a class of his own - not that he needed to prove much after 10th place at EWS Zermatt. He started by taking the first stage, the 7-minute Kenda SuperStage, by 15 seconds. In first three stages, he was followed by Calum McBain (Bennachie Bike Bothy), a Scottish rider who ended winning the SS4 with Peršak down in 10th after crashing into a tree. 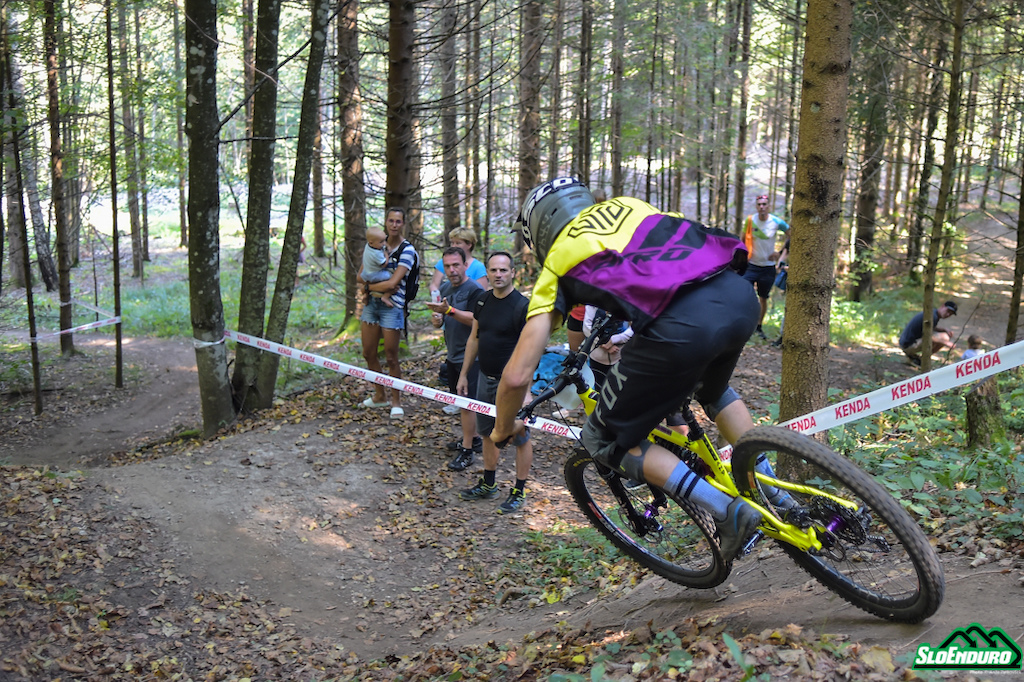 Calum Mcbain spiced up the racing. 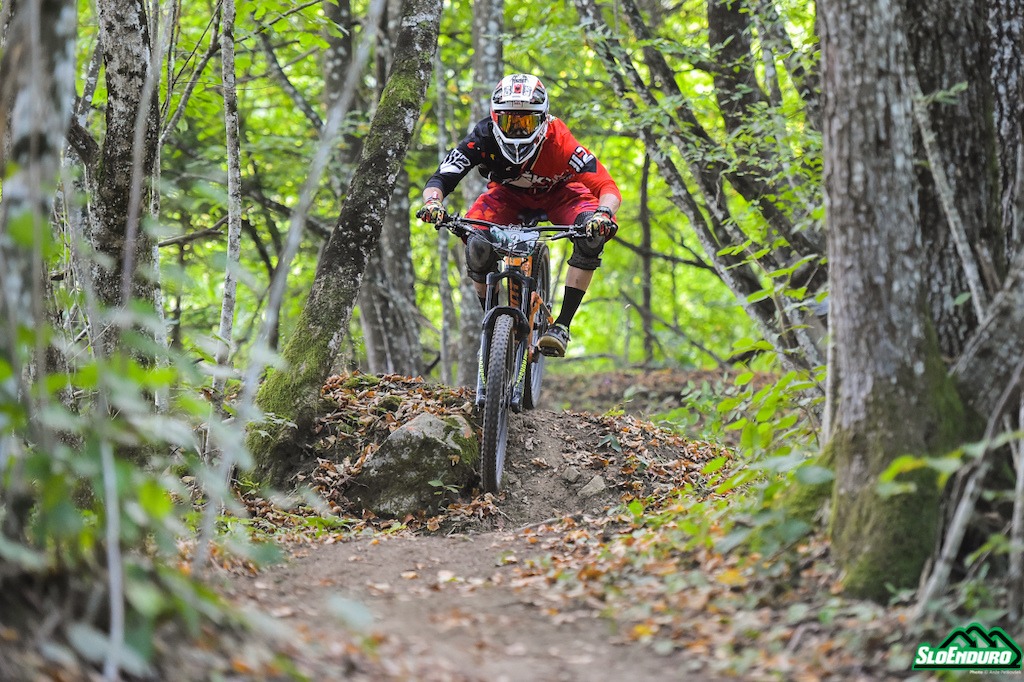 Sebastjan Stres (Kamplc Racing Team) won the master 2 title in 8th overall and Marko Niemiz (Sinter Brakes Team), one of many young downhill races attending with not much DH racing going on, became the new U19 junior champion with 9th overall. 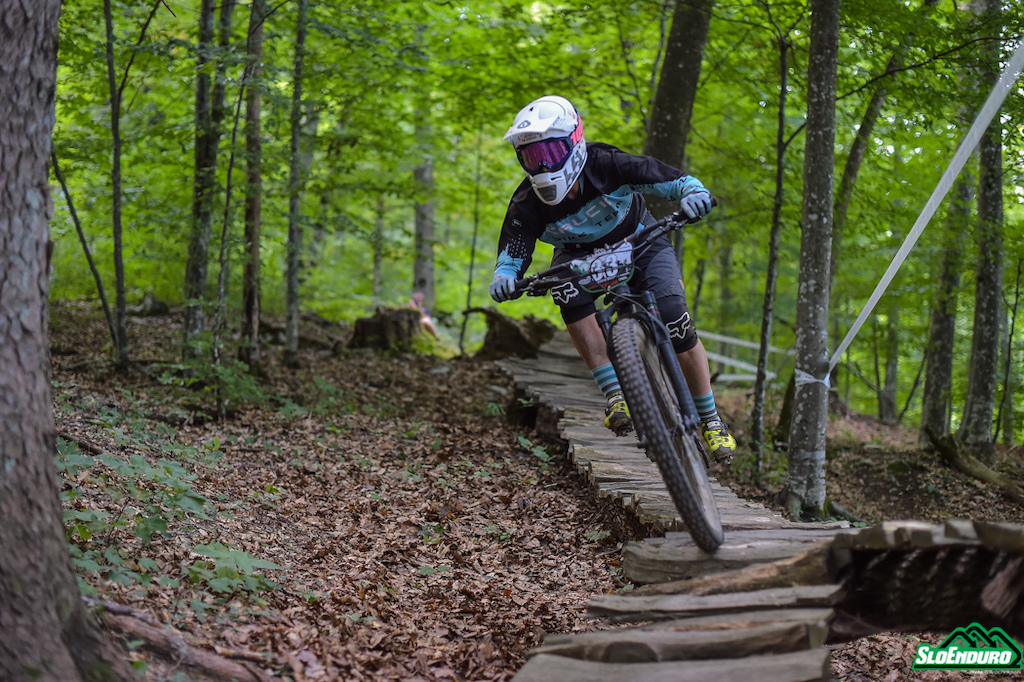 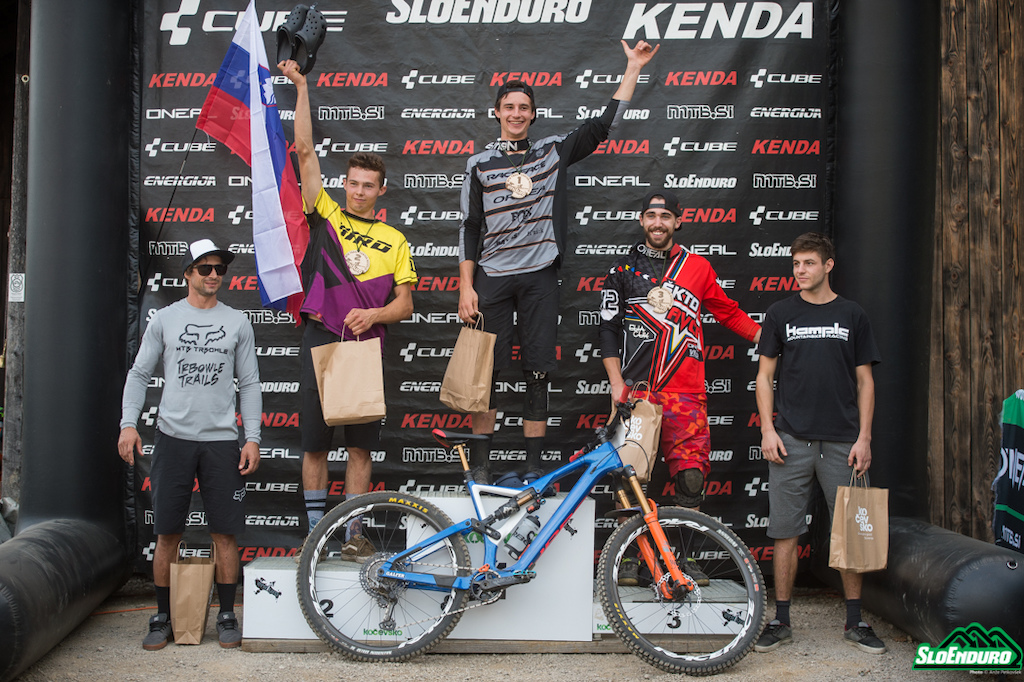 But before that, this weekend, don’t miss the Golovec trails Ljubljana race, a SloEnduro 4Fun event, part of Ljubljana MTB vikend festival.