Strong field and exciting racing even with a shorter start list. Home hero Tim Jež wins even with a time penalty and first win in women’s race for Tina Smrdel as well.

And here we are at the end of 2020 season, a bit sooner than we wished for. We also had to start it much later than planned.

As published earlier the Enduro Grozni in Grožnjan has been cancelled so Kamplc Enduro, the oldest enduro race in Slovenia, was the last SloEnduro event of the year.

In was held in Ajdovščina in Western Slovenia, one of the hotspots of Slovenian gravity scene for over a decade now. It is the home town of rival clubs Črn trn (Blacthorn) and Kamplc. Blackhorn has produced downhill racers like the late Zarja Černilogar or Monika Hrastnik (although not locals) or 2016 four cross World Champion Mitja Ergaver while Kamplc has pioneered the Slovenian enduro scene. 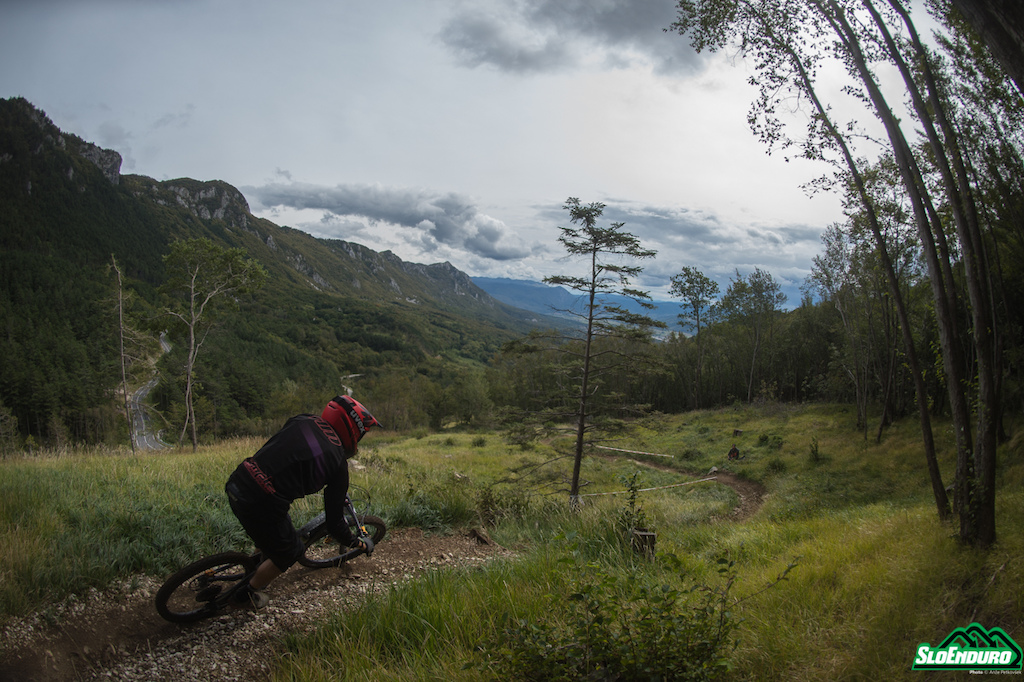 Tim Jež on his home trails
First for Kamplc and Tim

The Kamplc Enduro, first held by Kamplc team (originally a snowboard club) back in 2011 at Javornik ski resort, now has the first home winner! It is Tim Jež who won all five special stages on Sunday and managed to get on top of the podium despite a 30-second penalty for missing his SS5 start time. It was also Tim’s first SloEnduro victory.

No less than four Austrians followed on the overall podium: the long time missing Daniel Schemmel in second place, his Do-Biker Bruck/Mur teammate Max Trafella in third, Philipp Freudenberg in fourth and the fastest master (1) rider of the day Tino Huber (Team Dorrong) in fifth.

Austrian Christoph Sax (Kraftbike X Hirter Beer Freeracing) was the fastest junior rider in 10th overall, just one place down Tim Krašovec (Wolf Racing Team) was once again the fastest hobi class rider. Grega Nagode (Energijateam.com) won master 2 in 24th and Martin Brus (Kamplc Racing Team) master 3 in 25th overall. Tina Smrdel (MBK Črni Vrh) was the faster one of the two women on the long course with 34th time overall. It was the first SloEnduro win for the young cross-country racer too. 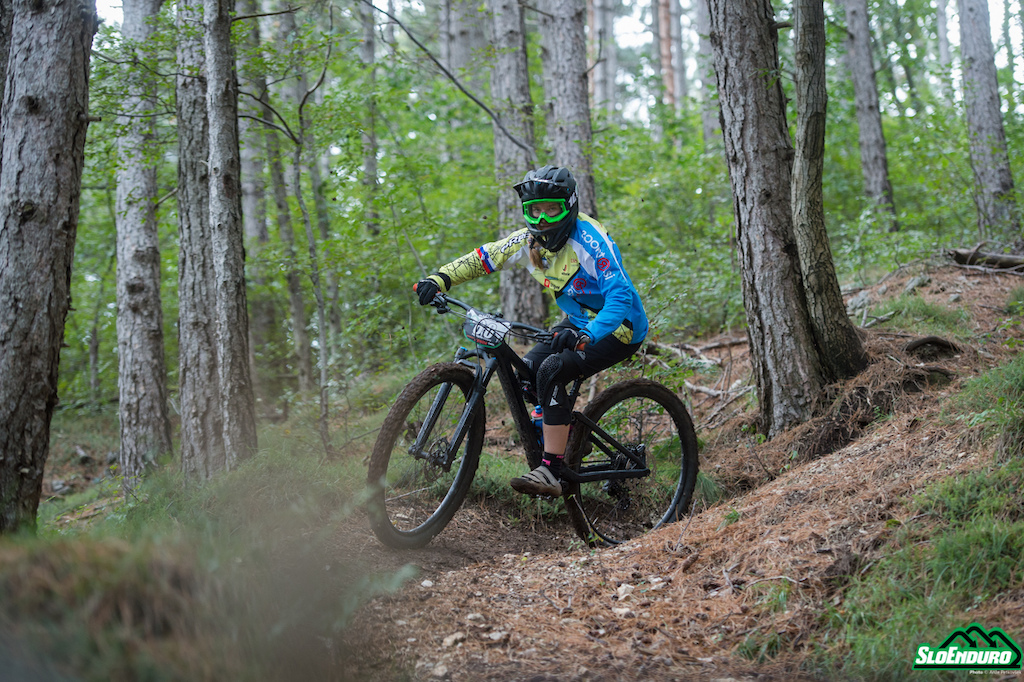 Tina Smrdel is a young cross-country racer trying out some enduro.
Tina Smrdel and Tim Jež also took the Kenda SuperStage, for the first time it was for the best combined time of two stages, the SS4 and SS5.

“It went great. I knew I could be fast on my home trails but I had to find the flow. I was aware I could win if I could ride without problems. I managed to do it and I’m quite happy. Yeah, I missed the start time at the last stage, I read the finish time instead of the start time, so I was casually pumping my tire when I noticed everyone was gone. So I went last…”

The U15 and U17 riders did all the same special stages this time but were spared the long climb to the start of SS1 since they were shuttled there. 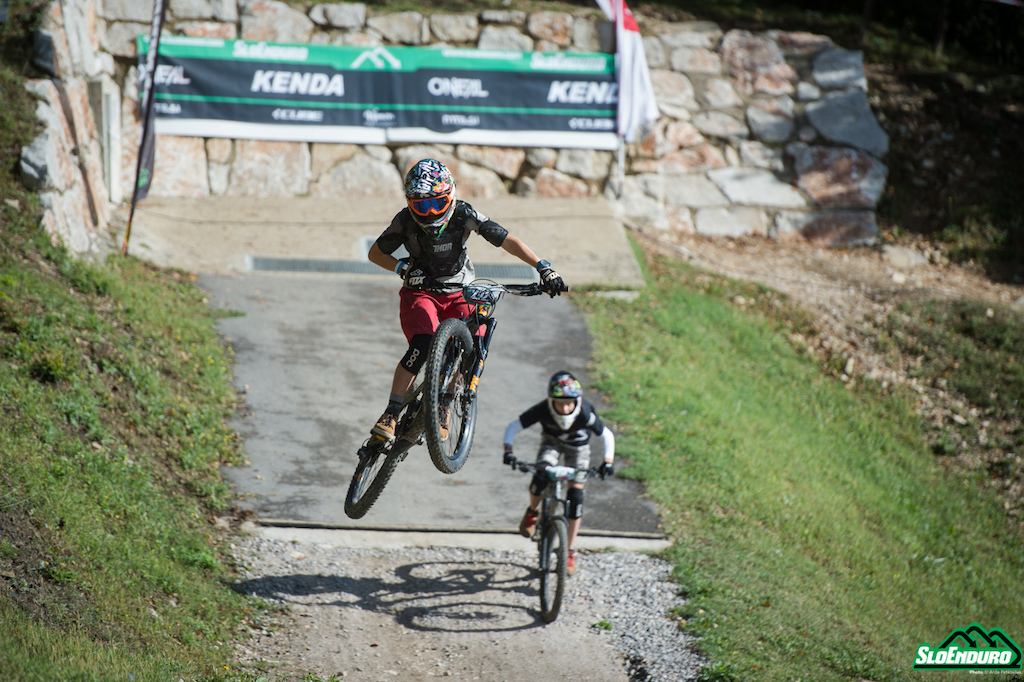 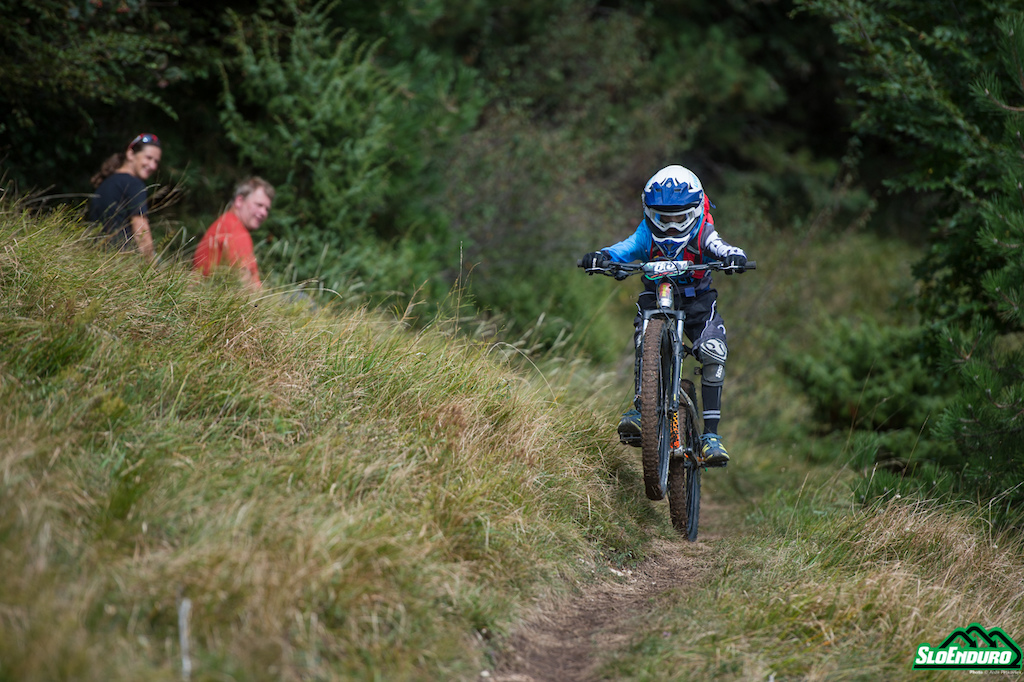 Young riders are the stars of SloEnduro.
The field

71 riders from Austria, Italy and Slovenia took part in 2020 Kamplc Enduro. Some stayed at home because of the rain but Sunday turned out nicely. The track was drying, only the last stage remained very muddy.

It was nice to see many young cross-country racers at the start. Downhillers Žak Gomilšček (Sinter Brakes Team) and Luka Berginc (KK Črn trn) spiced up the elite field. Žak, the downhill national champion, who also raced EWS Zermatt, injured his ankle just before Kočevje. They both messed up SS1 and were out of competition for top places. Žak finished 9th overall with a 4th and two 5th places while Berginc finished 13th riding blind without Saturday practice. 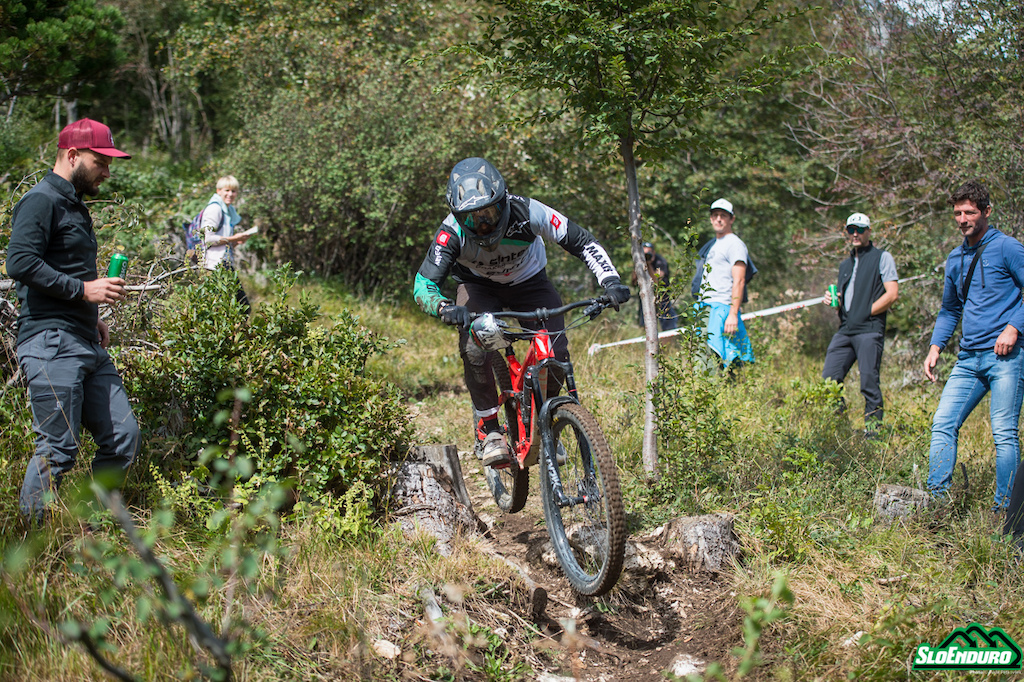 It was great to see Žak Gomilšček on the start list but he lost all the hope of a good result on SS1.
Of course, Vid Peršak was missing and the Austrians including 2019 SloEnduro champ Max Fejer, all racing EWS Finale Ligure. But there were many other Austrian riders with Schemmel and another long-time missed friend Gerd Skant, the 2016 and 2017 SloEnduro number 2. But Gerd rode chainless from SS1 and finished far down the field. 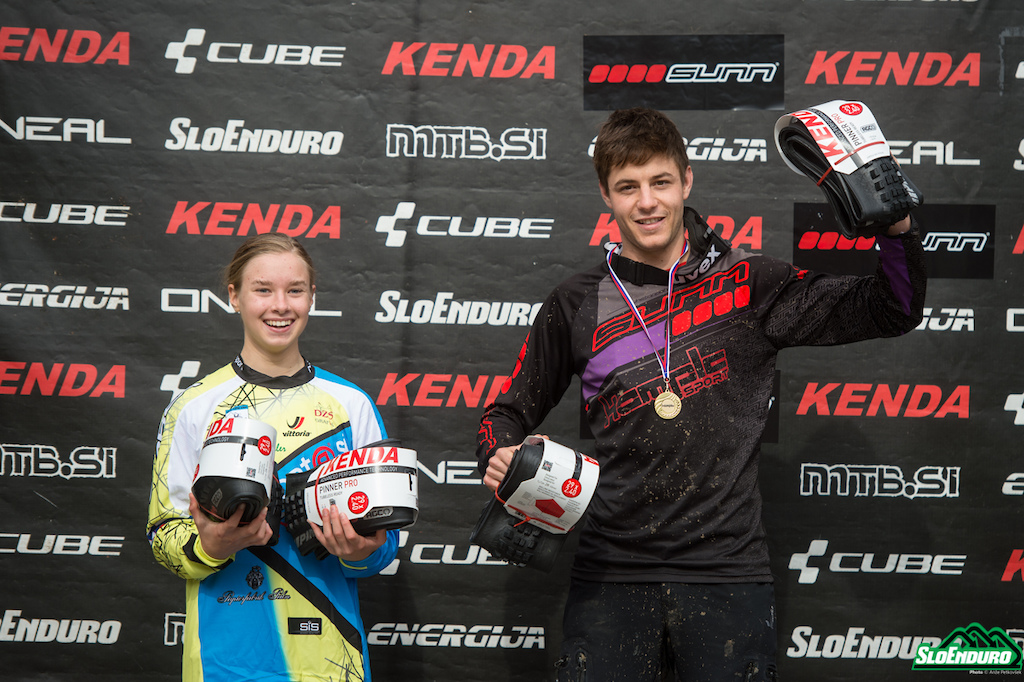 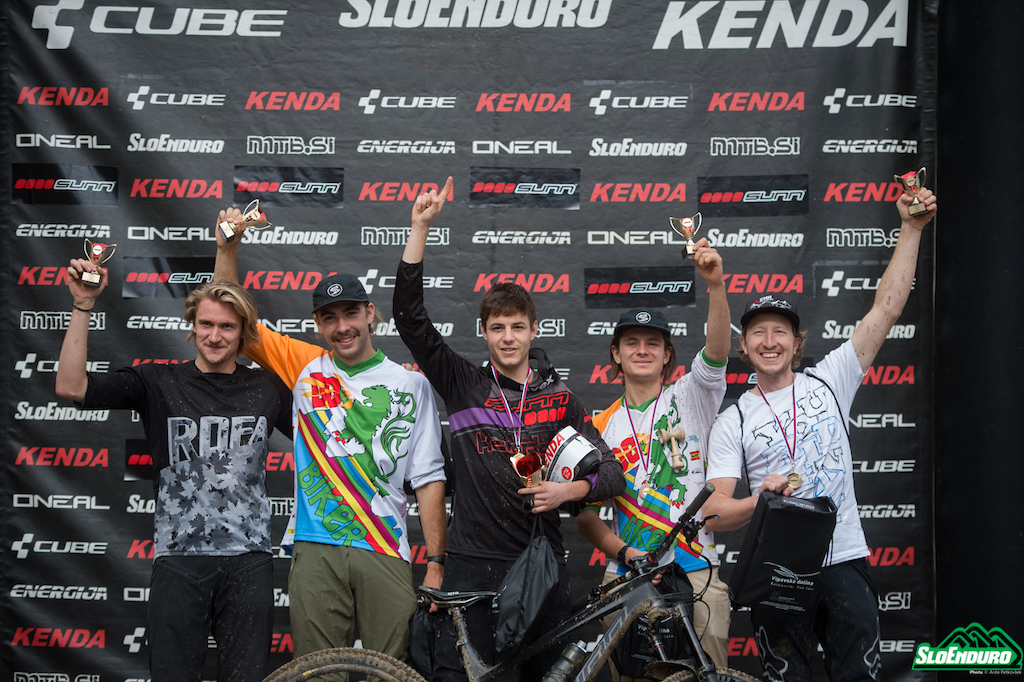 Big shout out to Kamplc, Ajdovščina and all the rest who made at least some racing possible in 2020. We don’t have the champions or ranking this year so we will not hold the “Gala” presentation either. But we still might meet off-season. If not, see you in 2021!

SloEnduro 4Fun, a series of simple one-day event, ended a week earlier with Golovec Trails race in Ljubljana as part of first Ljubljana MTB vikend festival. Three events out of eight planned were held in that series.

Here's the video from Golovec Trails:

All photos by Anže Petkovšek, videos by Klemen Humar.

ridgelinetrails (Oct 3, 2020 at 8:58)
Pleasure to attend the Golovec trails funduro! Nice trails, friendly and fun atmosphere despite the circumstances. Thanks Sloenduro team for at least some events this season. Hopes are high for a bit closer to normal next season.
Post a Comment