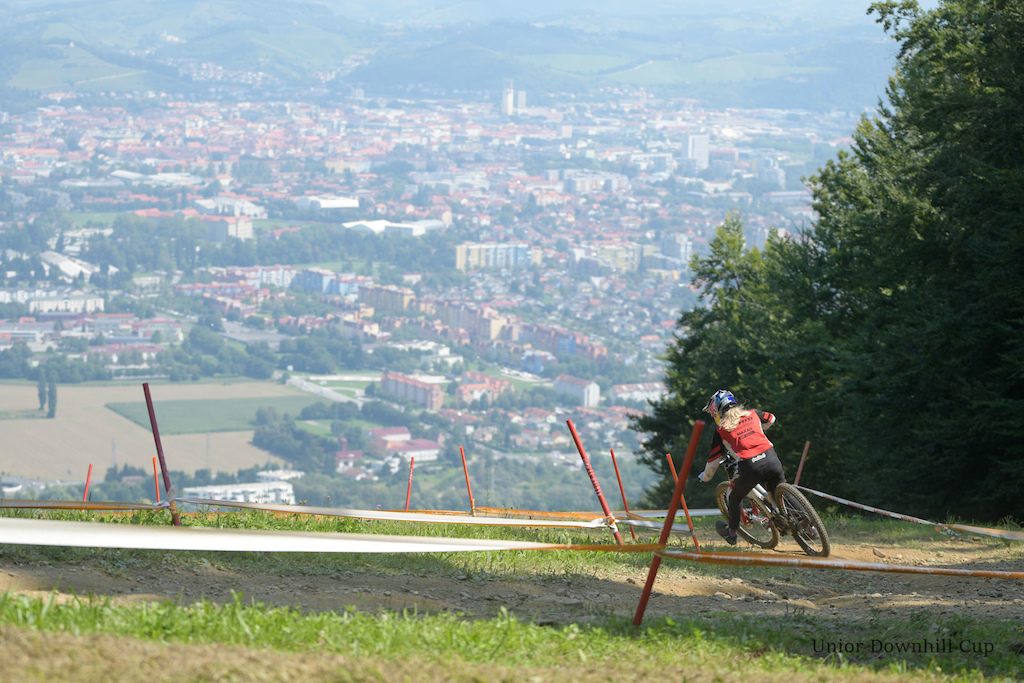 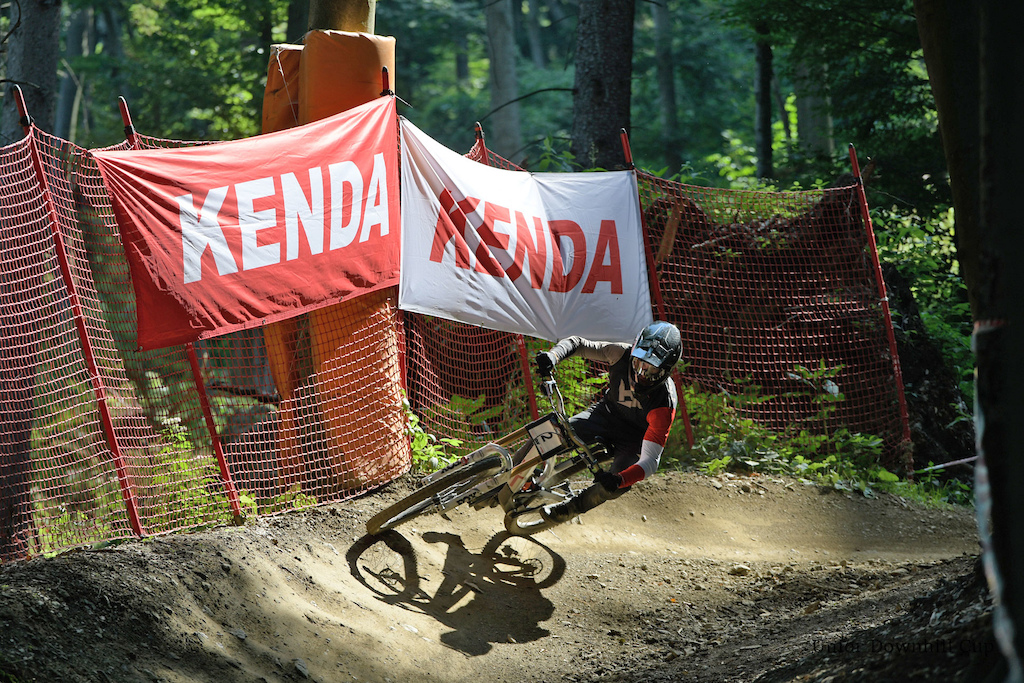 David Trummer
Two Austrian downhill stars ended up as fastest of the day. Both Valentina Höll (SRAM TLD Racing) and David Trummer (The YT Mob) turned up at the race which was also Austrian qualification for national team for the World Championships in Leogang even if they were already qualified. It is the first elite season for Vali, the reigning Junior World Champion. David is the UCI number 8 after scoring a series of top ten World Cup results in 2019.

Höll’s final run was 2.74 faster than the one of Monika Hrastnik (DH Visit Pohorje / Team Dorval AM) in second place while another Slovenian Špela Horvat (Supersnurf) had to be happy with third in the company of two of the world’s fastest. So the national title went to Monika, silver to Špela and bronze to junior rider Naja Stipanič (Blackthorn). 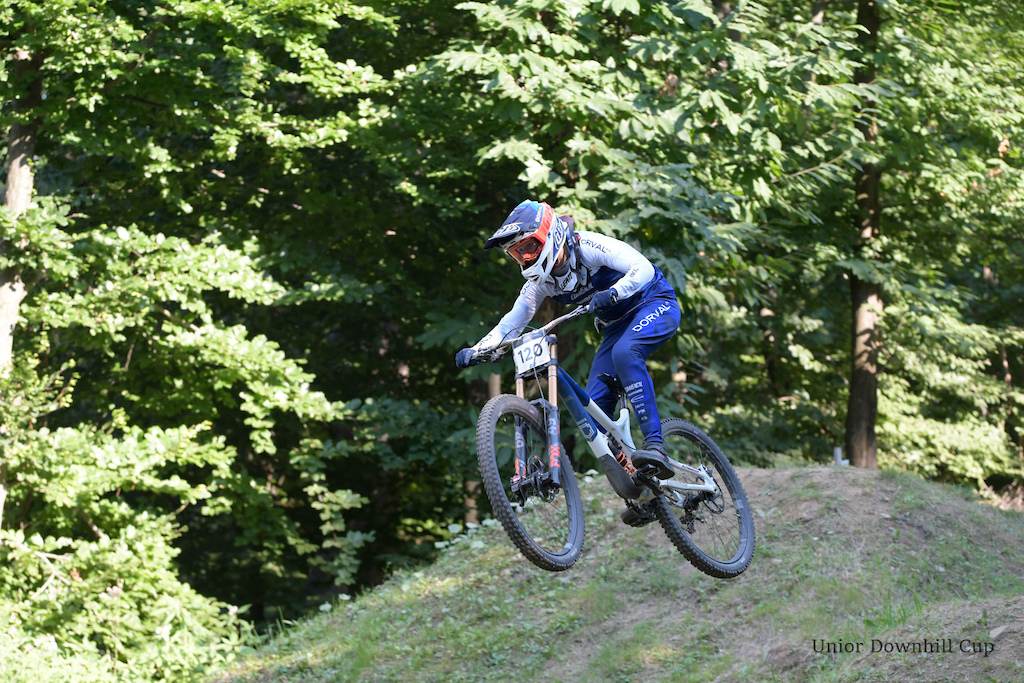 Monika Hrastnik
In men’s elite category semi-final run the defending national champ Jure Žabjek (Unior Devinci Factory racing) was close second behind Trummer, Žak Gomilšček (Sinter Brakes Team) was third and Luka Berginc (Blackthorn) fourth. But two of the favorites for championship medals ran out of luck in the final run: Berginc with a flat tire and Žabjek with a crash. Jure missed a chance to become the first one in the history to win five titles. Trummer was the fastest again and behind him in second Žak Gomilšček celebrated the national title win in his first year in the category. Germans Hannes Lehmann and Felix Bauer followed in 3rd and 4th, then Aleš Virtič (Bikestore.cc) in 5th which meant national champs silver, and the reigning national 4-cross champion Urban Rotnik (Blackthorn) in 6th and in bronze medal position. 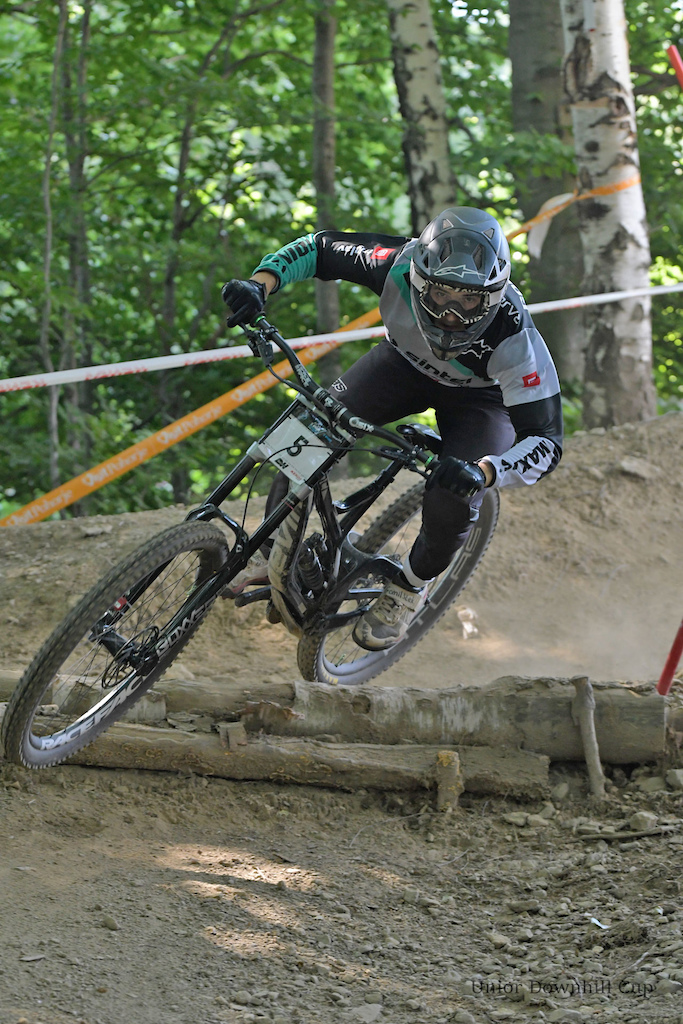 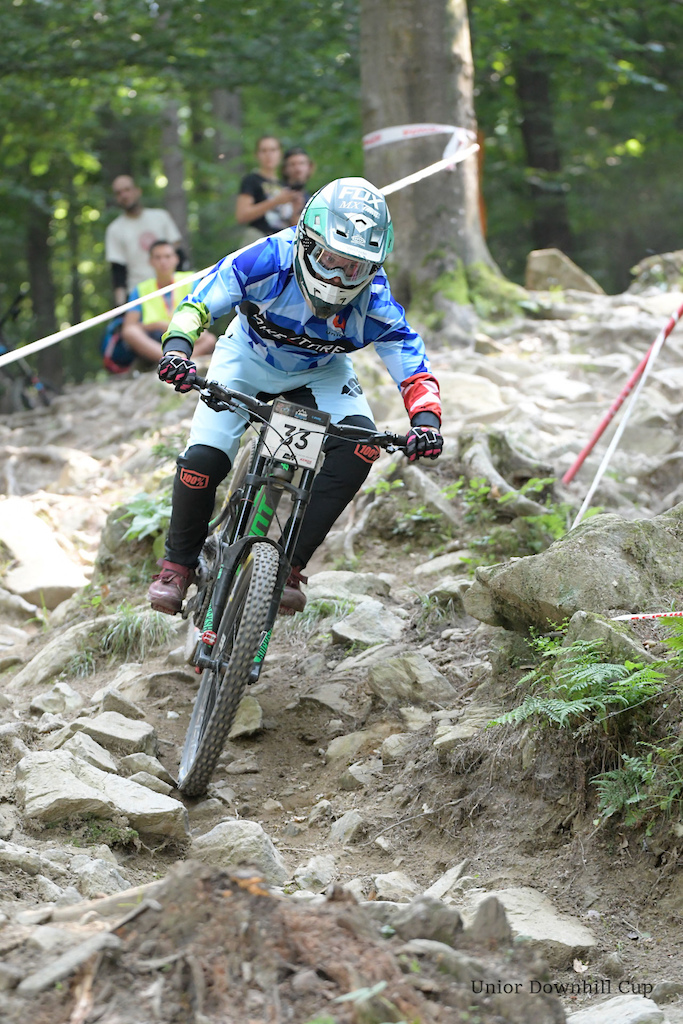 Gomilšček’s teammate Žan Pirš won the U19 race. Miran Vauh won men’s masters race, chainless and with a time that would have brought him an elite championships silver medal!

It was a great weekend of racing on a demanding track which will hopefully host three more races this season: an iXS European Downhill Cup round in September and two World Cup races in October. Thanks to Bike park Pohorje crew for putting on an event in the times when it became really simple to cancel anything. There was also a decent crowd by the track! 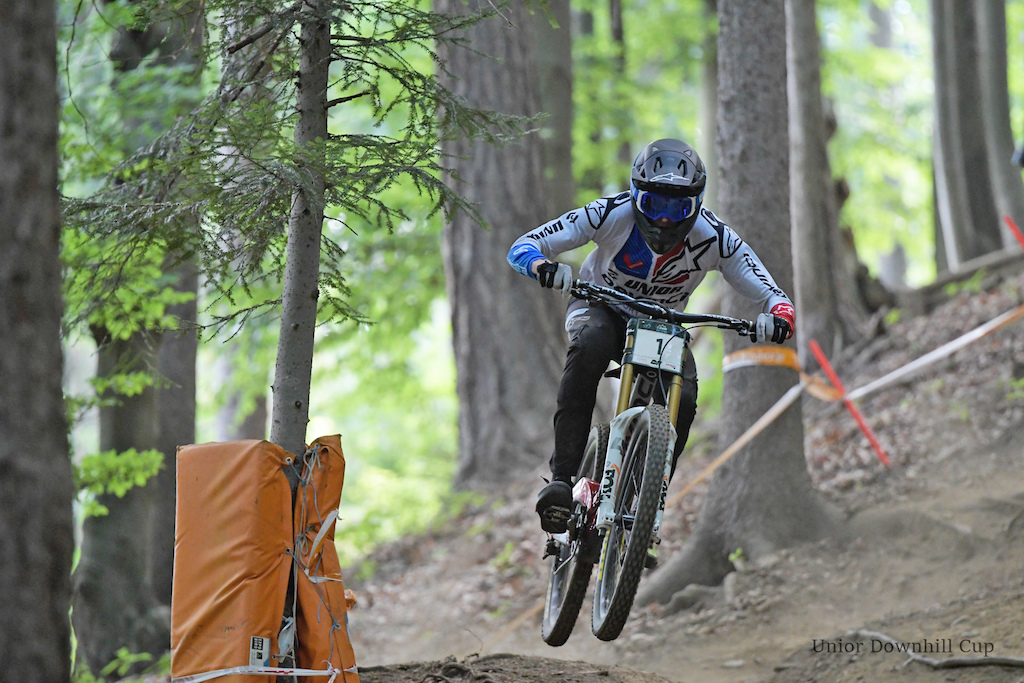 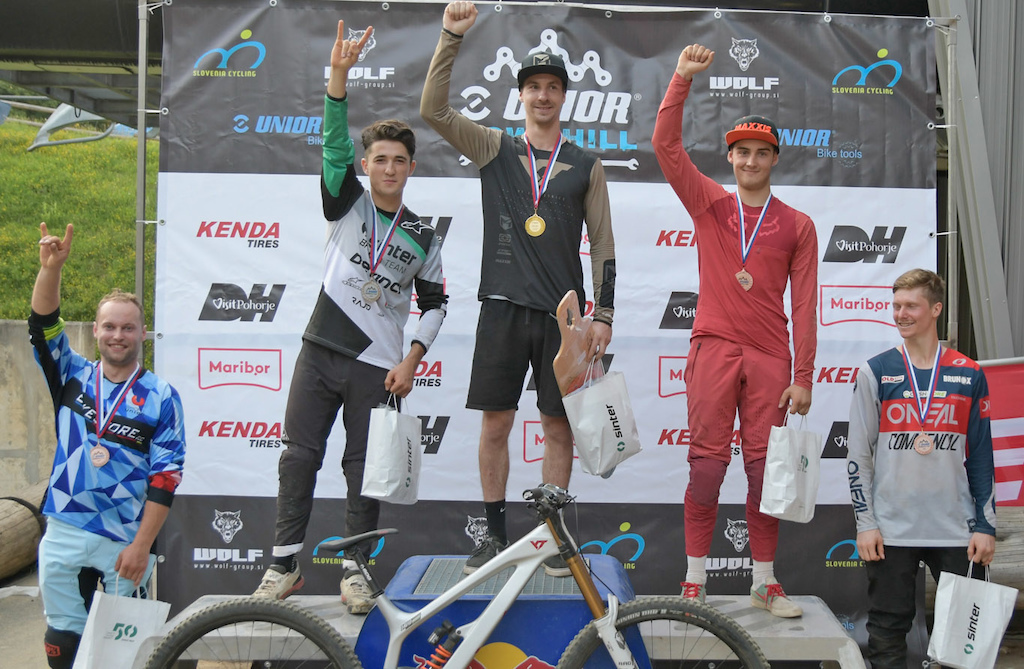 rickydicky (Aug 11, 2020 at 2:10)
Total lack of social distancing and risk of going to hospital during a pandemic - idiots!