The DMT Racing Team Dutchman has earned the leader’s jersey after the opening time trial in Porretta, won ahead of teammate Ferreira. The Swiss former World Champion set the tone in the Women’s race

They were the most expected riders, and they did not disappoint. Appenninica MTB Parmigiano Reggiano Stage Race’s 2nd edition has opened in the name of DMT Racing Team’s Hans Becking and Tiago Ferreira, who dropped the hammer in the opening stage, a 45 km individual time trial starting and finishing in Porretta Terme.

Porretta warmly welcomed the start of the only MTB stage race in Italy, in an amazing weekend for cycling in the Province of Bologna: just an hour and a half away from Porretta, in Imola, the Elite Men’s Road World Championship took place. The sun warmed up the early starts from central Piazza della Libertà, being later shaded by clouds as forecast, but no rain characterized the riders’ opening effort.

The stage 1 menu offered a various course, pointing mostly up until beyond the halfway mark, with the ascents to Castelluccio and Manservisi Castle Park, and then up to the 1.428 meters of the Monte Cavallo. A very technical descent called the rider’s technical skills to the fore, before another challenging way up to the Monte Piella, where some portage stints were required to reach the top and the panoramic view on the Reno Valley, and the final path down to Porretta.

Having started with a minute distance from each other, Ferreira and Becking rejoined along the course and consistently increased their margin over the stage. The duo got to the finish together, which meant Becking would take the stage and the Men leader’s jersey, having started one minute after the Portuguese. 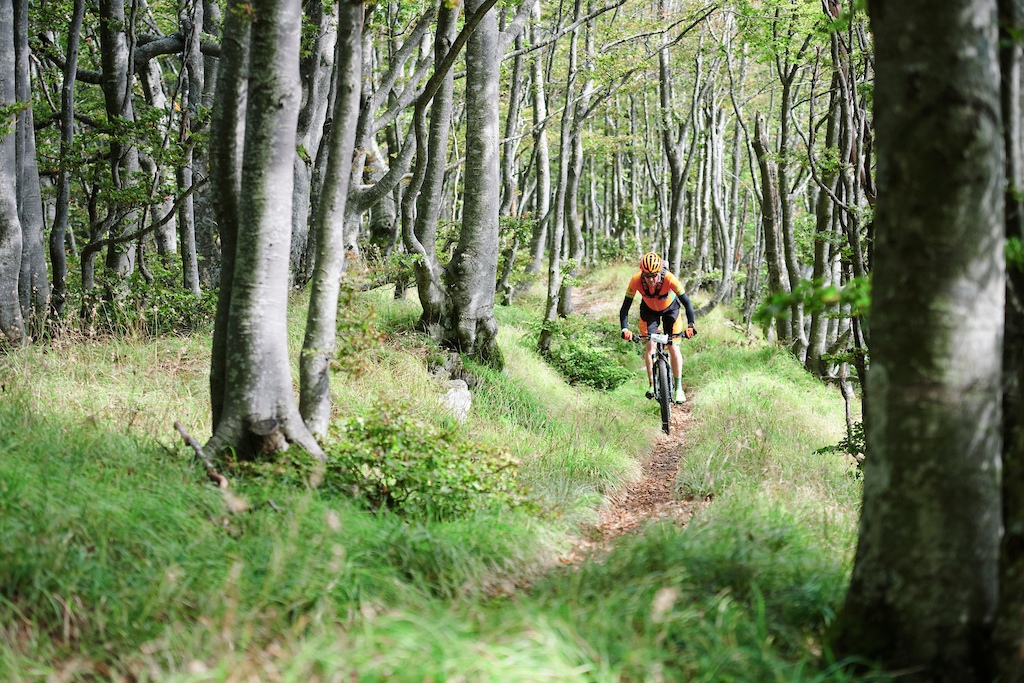 Many expectations also surrounded the Women’s race, with several athletes in a position to compete for the big prize. The first round went to Esther Süss: intensely focused before the start, the experienced Swiss put distance between her and the rivals, finishing 6’36” ahead of Italian Gaia Ravaioli.