Behind the Scenes at Crankworx: Episode 2

Telus Optik TV showcases the Crankworx experience through the eyes of a family today with the release of a second episode of this Community Programming series focused on the Whistler mountain bike community.

Ron Goldstone and Miriam Bailey’s 10-year-old son, Jackson, is already a sponsored rider, but mountain biking is clearly more than a means to competitive success for this crew.

In 8 Awesome Things with The Goldstones, the family of dirt enthusiasts tells the world why life from vantages like the Top of the World, a run in the Whistler Mountain Bike Park, is so “awesome.”

“Living where we do in B.C. here, it’s really easy for us to get together and go for a quick trip down the BMX track or a quick cross-country loop... It’s just nice to be able to spend a lot of time doing stuff that I think everyone loves in the family,” says Ron Goldstone.

The Goldstone kids, Bailey and Jackson, compete in Kidsworx, the Crankworx competitive events for those under age 15, and the entire family takes advantage of the festival’s 10-day run to spend some quality time enjoying their life’s passion together. 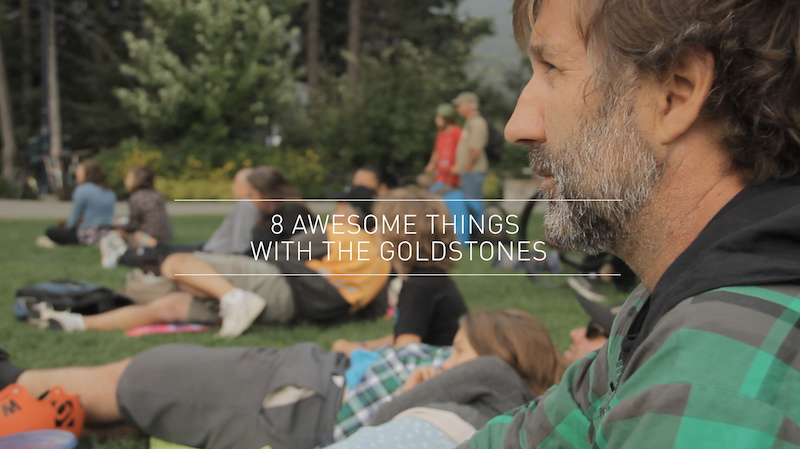 The three-part program was made possible by a Community Programming Production Support grant from TELUS Optik Local Community Programming. The Series highlights the many ways Crankworx draws new mountain bike enthusiasts into the fold, allowing riders of all levels and abilities to improve their skills, connect with the scene and, generally, push the boundaries of what is possible to do on a bike. 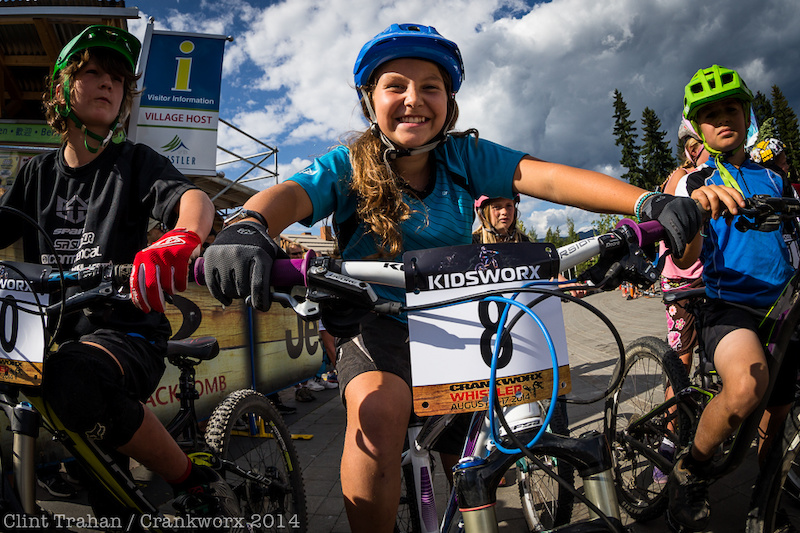 All three episodes of the program will be available for free on demand on TELUS Optik TV. 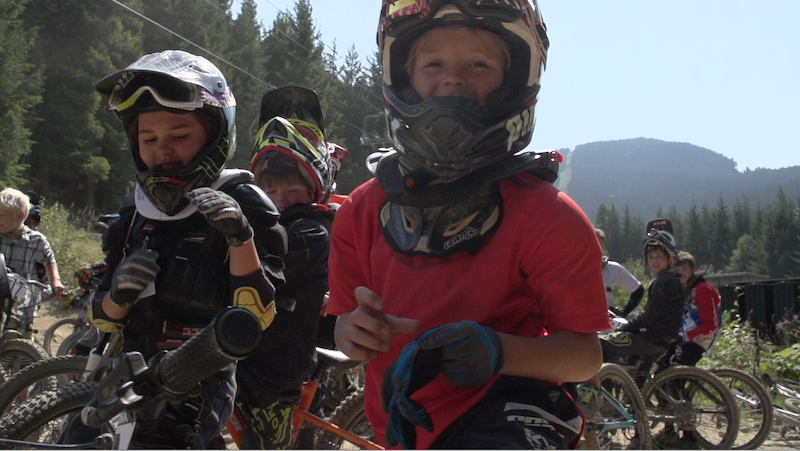 A gathering of the bike-minded, Crankworx is mountain biking’s definitive celebration. It brings together the world’s downhill, slopestyle and enduro legends with the superfans, rising stars, industry innovators and the next generation of mountain bike riders for ten days of contests, concerts, culture and cranking. Nowhere else exposes the cult of the fat tire from as many angles, with as much spectacle and celebration. Anointed by dirt, aligned with gravity, powered by passion - Crankworx combines it all. TELUS Optik Local Community Programming seeks to support programming and projects that reflect the local community, a diversity of voices, innovative ideas and alternative views on existing or emerging issues of importance in the communities it serves, featuring local places and events in arts, culture, education and sport.

nimmo (Dec 14, 2014 at 16:37)
Fun story - I had no idea who he or his son were at the time, but Ron and I got into a little tangle coming out of the first turn at a local bmx race a couple years ago, we hit the first lip arms tangled both went flying and I ended up with a separated shoulder! Was my first race back in years so kind of a bummer, but that's racing!

tuliozerozero (Dec 13, 2014 at 9:36)
That´s what motivate me to still ride my bike, this spirit, this family thing, man this video really make me love even more the montain biking. That's awesome !

audric (Dec 11, 2014 at 12:05)
you're an AWESOME family, am really pleased to have met you guys! See you soon around Whiss best regards from France Goldstone family!!

llarrggee (Dec 12, 2014 at 3:36)
So you get warm, dry summers but very cold winters. Cold enough to host the Winter Olympics in Calgary and Vancouver. I would love to take a trip one day. New York is the closest I've been.