Sam Hill beat the odds and the expectations of many at the weekend, becoming the first male rider to win a third world championship in the history of the Enduro World Series.

The historic win in a dramatic final day of racing in Zermatt, Switzerland, is an incredible achievement for the former downhill champion, whose season was but written off after a series of set-backs from the start.


The season would come down to the final stage of the final round, with Sam snatching victory away from front runner Florian Nicolai with just seconds to spare.

As always, Team CRC Mavic manager Nigel Page gave us his take from inside a euphoric team camp: 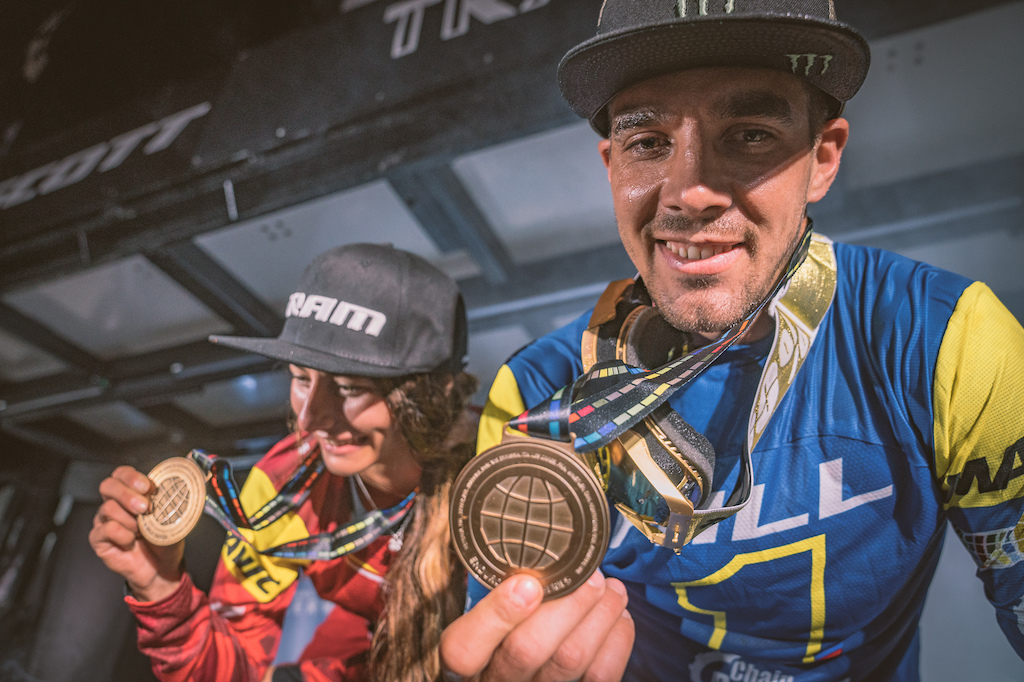 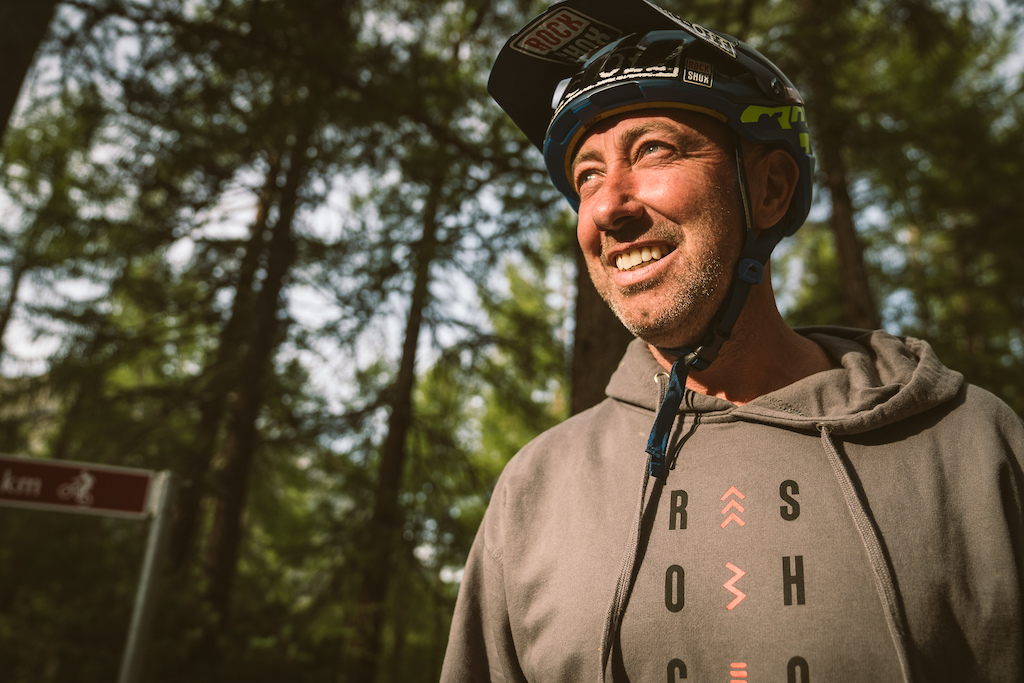 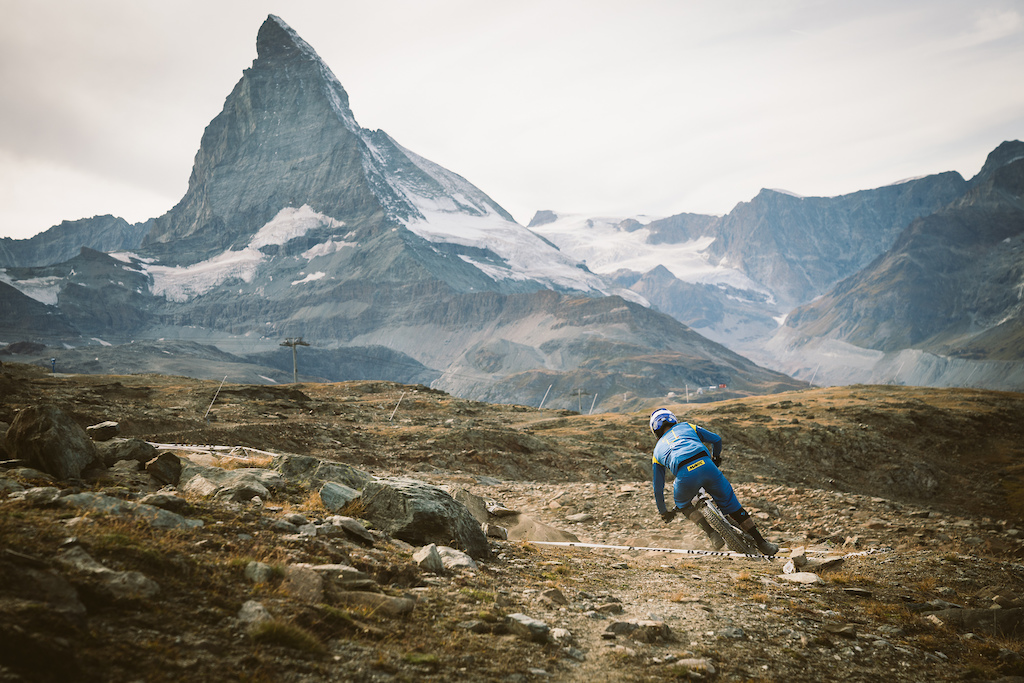 "With a challenging year for the two-time Enduro World Series Champion, Sam Hill came into the very last EWS round in Zermatt with a chance to take his third consecutive world title and make history by becoming the first male rider to win three EWS titles.

"The final round was held in the huge mountains of Zermatt in Switzerland at high altitude with super-technical, challenging long stages. A one-day race with five big stages, it was challenging for riders both mentally and physically and extremely hard on bikes and equipment. 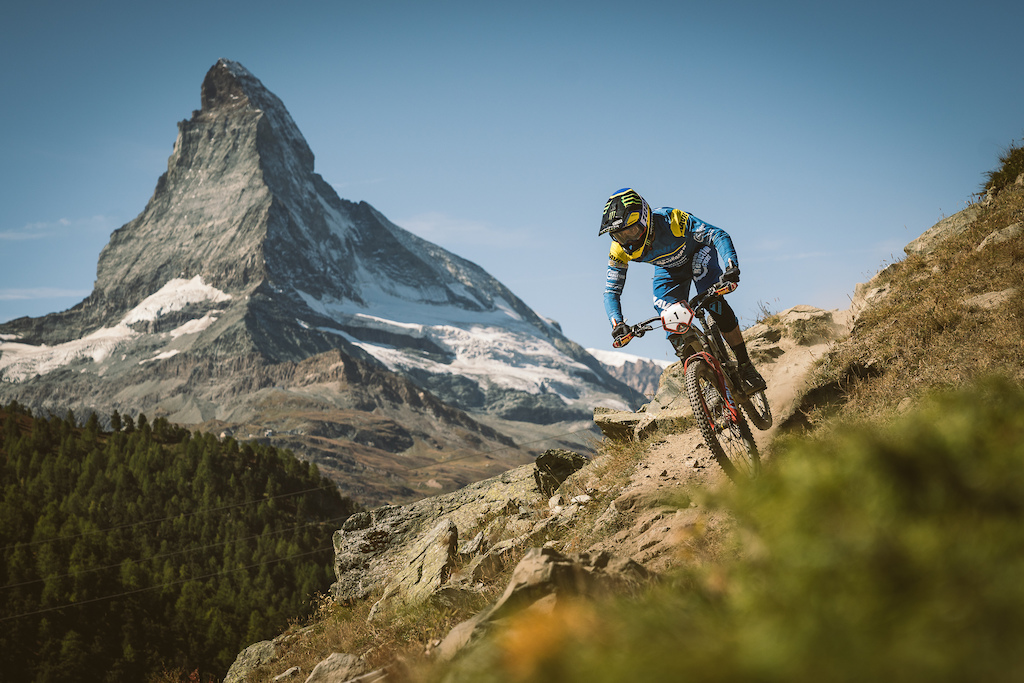 "After Friday practice we all knew we were in for a tough race on Saturday but everyone was fired up and excited for the last EWS round of the season. Sam Hill was calm and collected all week and you would have never thought there was such a big race ahead for the Aussie MTB legend. 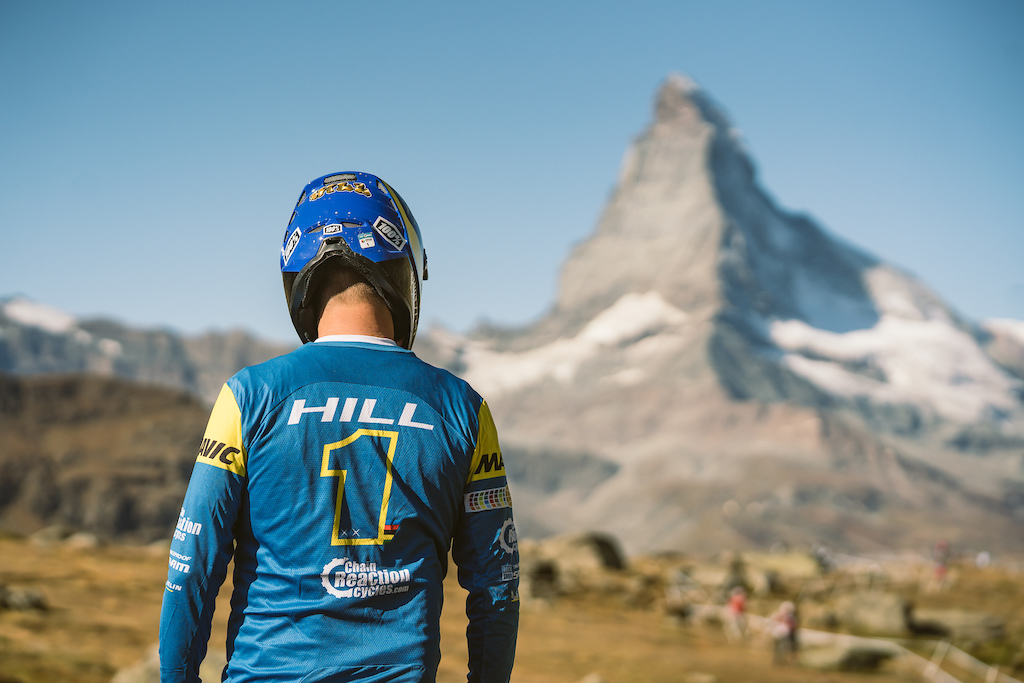 "Basically, barring disaster, it was down to two riders to take the 2019 EWS title. French rider Florian Nicolai held a 60-point lead over Sam Hill, so it was between these two riders and which one would perform on the day under pressure.

"The trails were very awkward, long, and physical, which suited both riders. Sam started off really well, coming second on Stage One behind Martin Maes and then backed it up with a third on Stage Two, beating Florian in both stages. Then Sam won Stage Three, overtaking Martin Maes in the overall race lead, but Flo placed a strong third place, staying in contention. 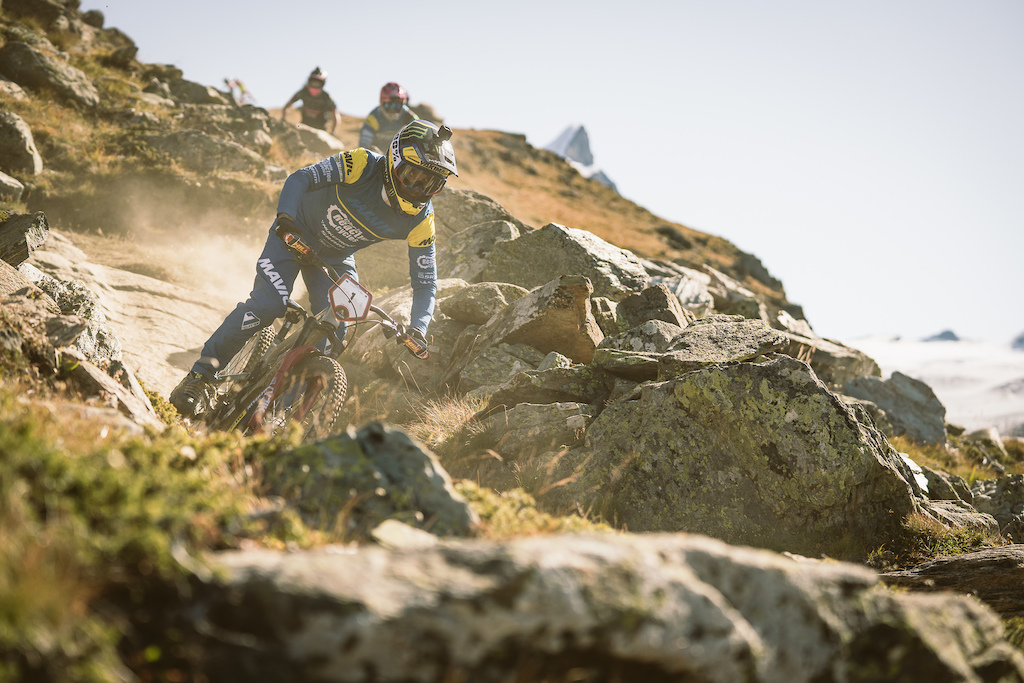 "It was then back to the pits for a quick lunch stop and bike check from the mechanics before two more big stages, including the last Stage Five which was the Queen’s Stage worth an extra 40 points for the winner.

"Sam crashed on one of the last turns in Stage Four coming seventh, again just in front of Flo. So, unbelievably, it was going to come down to the very last Queen’s Stage of the year to decide who would take the overall world title.

"The suspense as we waited for the last few riders to drop-in was hard to handle. I was pacing around the bottom of Stage Five awaiting Sam to come in.

"Kevin Miguel, who has had an amazing season coming third overall, came flying into the finish area and so we had to wait for Sam to come next. As I looked up the track as Kevin finished, Sam came flying into the last corners like a man possessed – clearly not leaving anything on the track, and nearly catching Kevin’s 30 second gap. 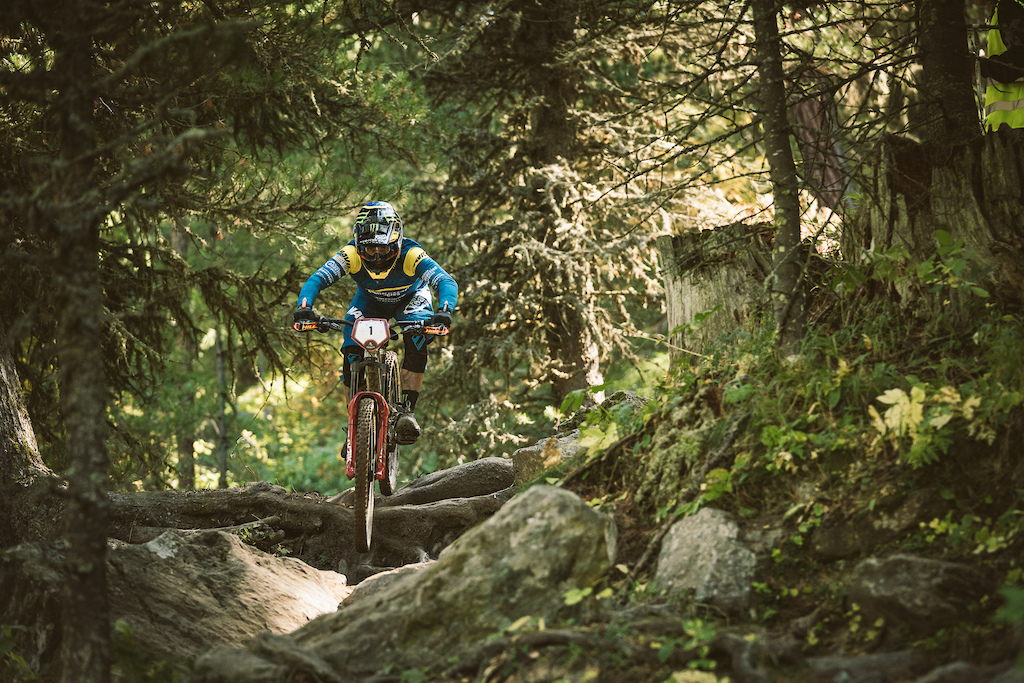 "Then the last man, Florian, came into the finish leaving with a good time gap after Sam. It was looking good for Sam, but they had to pedal back down to the race village and check-out to get their overall times. I raced down after them and waited nervously with the rest of the team to hear the results.

"Sam checked-in and was given second place overall for the race, just 12 seconds back on race winner Martin Maes. This meant that Florian had to finish fourth or better to hold onto the points lead. He checked-in and had finished fifth – but Sam also won the Queen’s Stage for those extra 40 points to claim his third back-to-back-to-back Enduro World Series title. 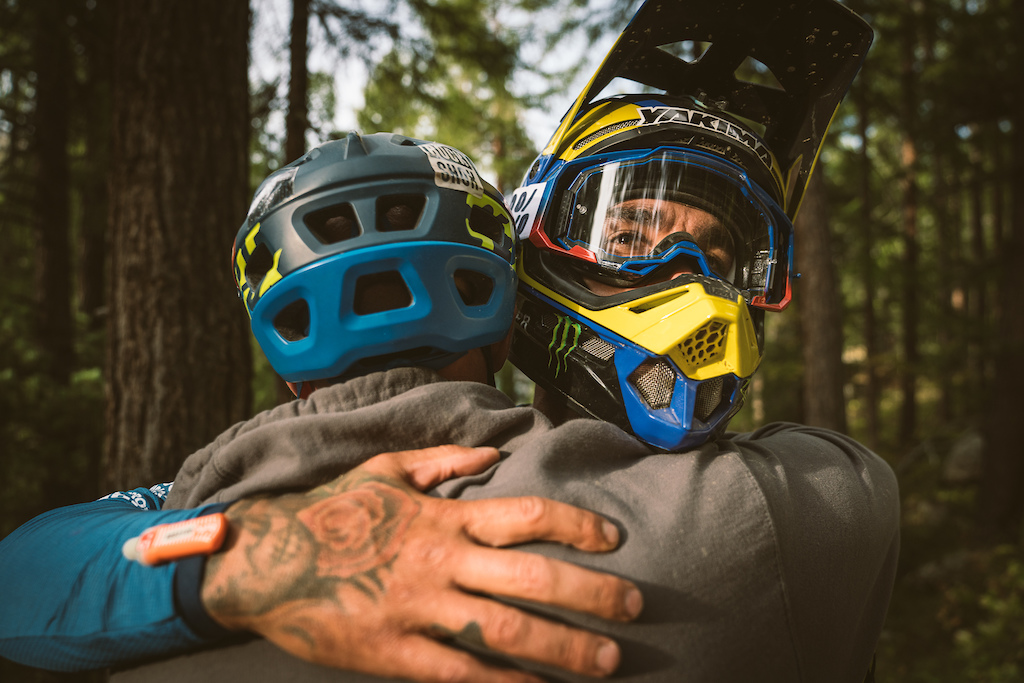 "What a finish to the season! Well done Sam – you’re an absolute legend. We are all super-proud of you and stoked to be a part of your amazing achievements. 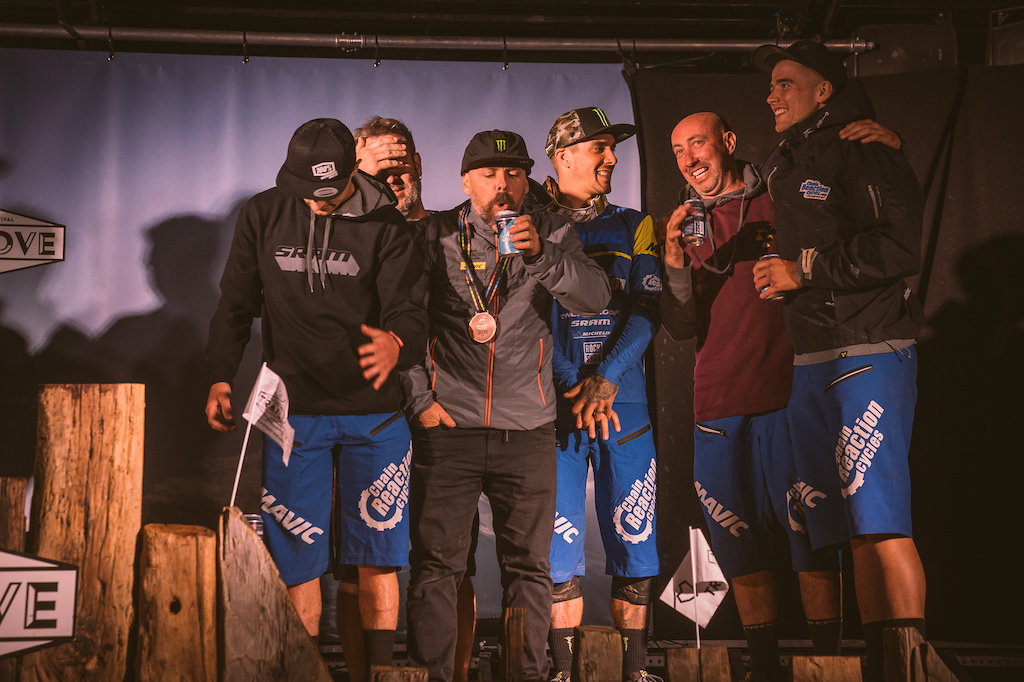 "Elliott and Kelan battled hard all day coming in 34th and 55th as well as encouraging Sam. Great job lads, I know you had some tough stages and mishaps. 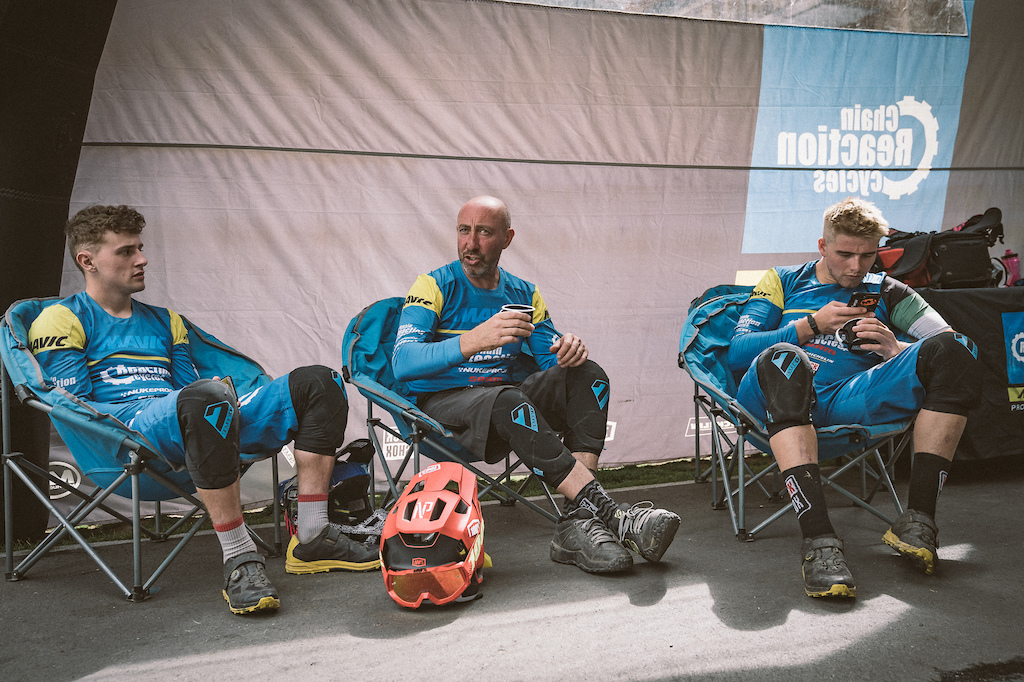 "So that is that – Team Chain Reaction Cycles Mavic and Sam Hill have made history and proved we are the best team in the World.

"I would just like to thank everyone who is involved in our team – it’s been an amazing year – all our sponsors, our individual families back home for their love and support, and everyone on our travelling team for their effort. To Sam Hill, Elliott Heap, Kelan Grant, Jacy Shumilak, Carl Geeson, Paul Tracey, Salva Moreno, Kike Abelleira, Rob Sherratt, and the team at Nukeproof and Chain Reaction Cycles – we couldn’t achieve this without you. 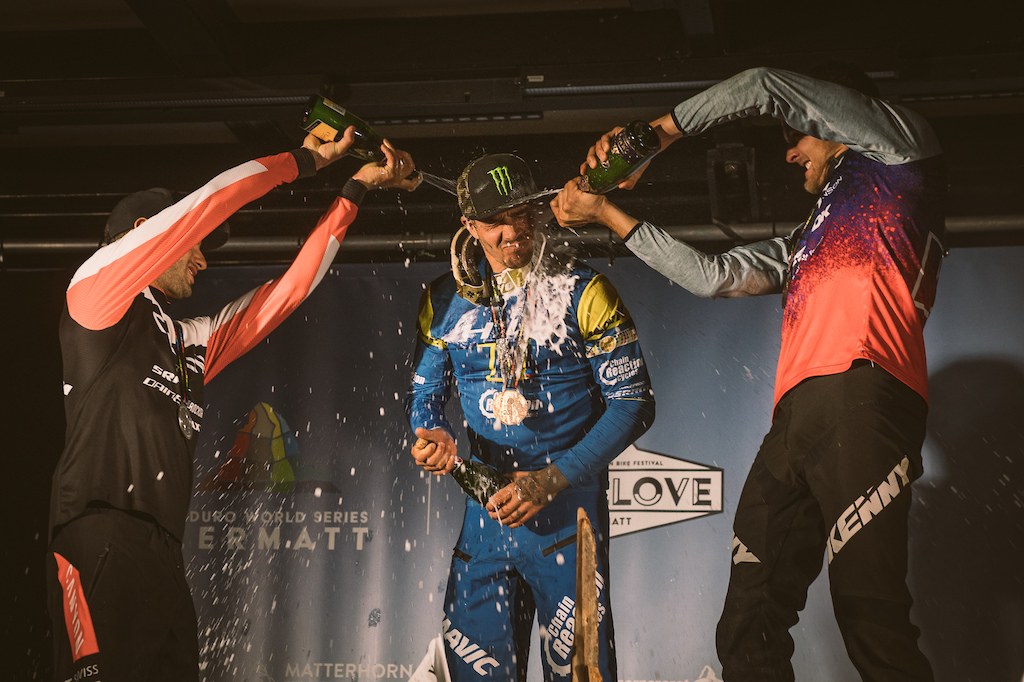 blowmyfuse (Sep 26, 2019 at 9:06)
Anyone know the details on the presta to schraeder customer valve cap he is running on his bike? I saw the RedBull EWS head to head video of his bike and Florian's and they showed it for just a glimpse.

powpowpow (Sep 23, 2019 at 8:49)
Amazing performance by Sam Hill and the CRC team. But IMO to be the best team in the world, you’d need to have a female rider in the team next year.

neimbc (Sep 24, 2019 at 6:10)
How so? For taking a banned substance that masks performance enhancing substances?
Post a Comment