Video: Big Tricks on the Isle of Wight with Sam Hodgson - Live To Ride Ep. 8

Want to see front flips on a trail bike? Double flips & 720's on the slope bike? Buckle up because this one gets wild. In this episode of Live To Ride we hang out with Sam Hodgson on the Isle of Wight where he runs a trail centre and has his own Slopestyle training compound.

Sam Hodgson is perhaps one of the most undiscovered riders in the UK, at just 21 years old he has a huge bag of tricks on his hardtail and he isn’t afraid of a big huck on his trail bike. 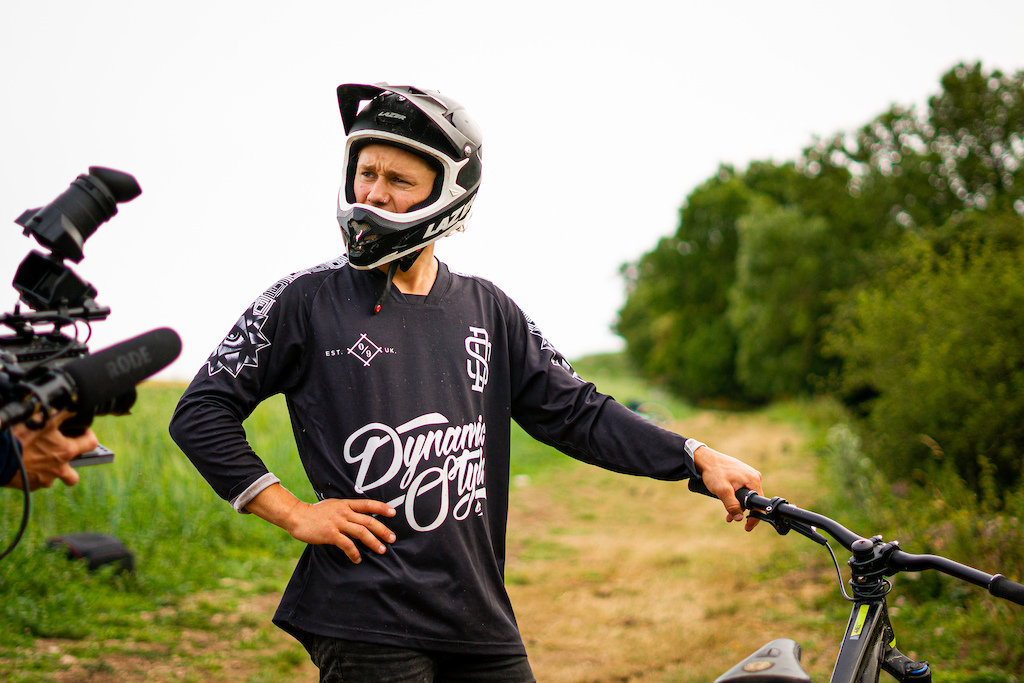 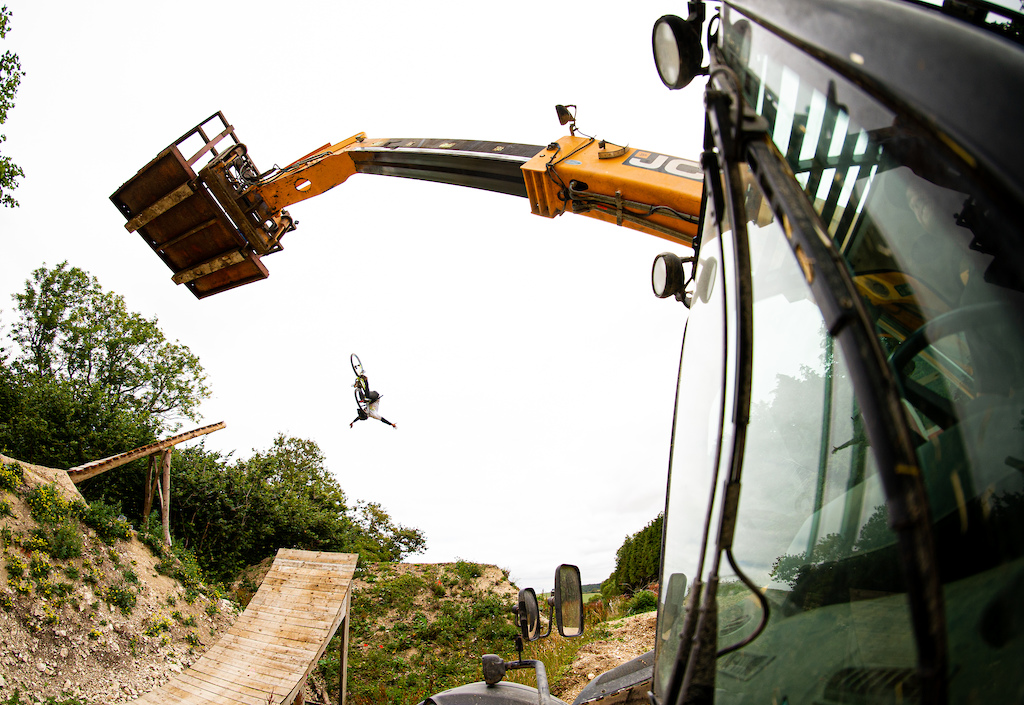 A little about our friendship with Sam.. we first met back when we filmed with Blake Samson, at the time he was a little 15-year-old dude who loved sending big jumps and didn’t mind crashing HARD. Jump 5 years later and not much has changed. During the filming of this edit, we had so many jaw-dropping moments. Sam pushed himself so hard that by the end of the three-day shoot he was left absolutely empty. 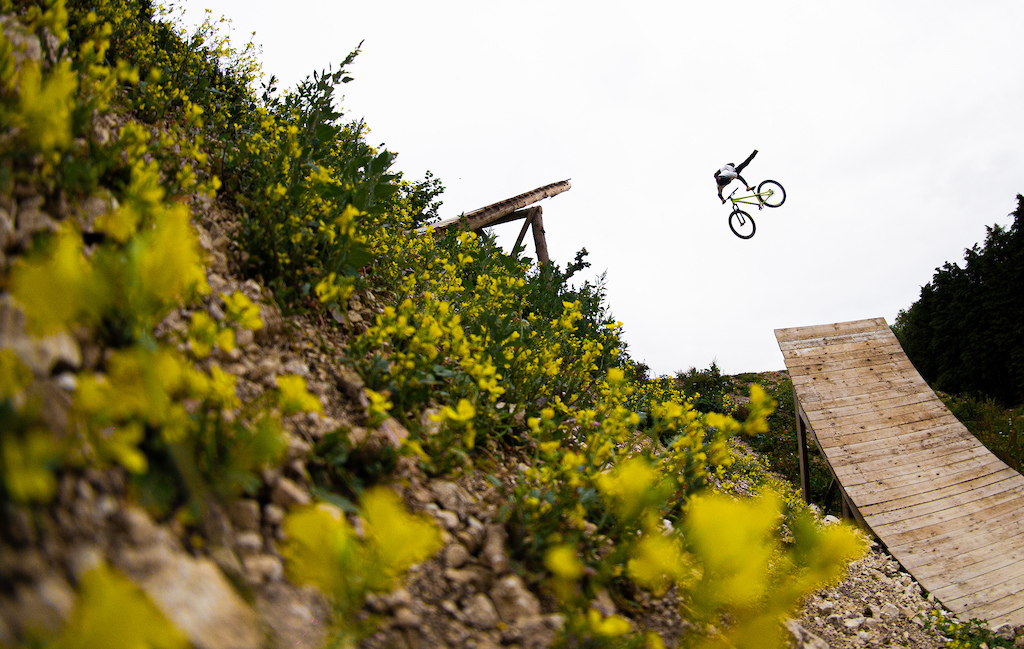 During the week Sam works delivering meat for the family farm business, called the Isle of Wight Meat Co they supply many families and restaurants across the 380km² island. Sam recognises how lucky he is having such a large space for the bike trails. 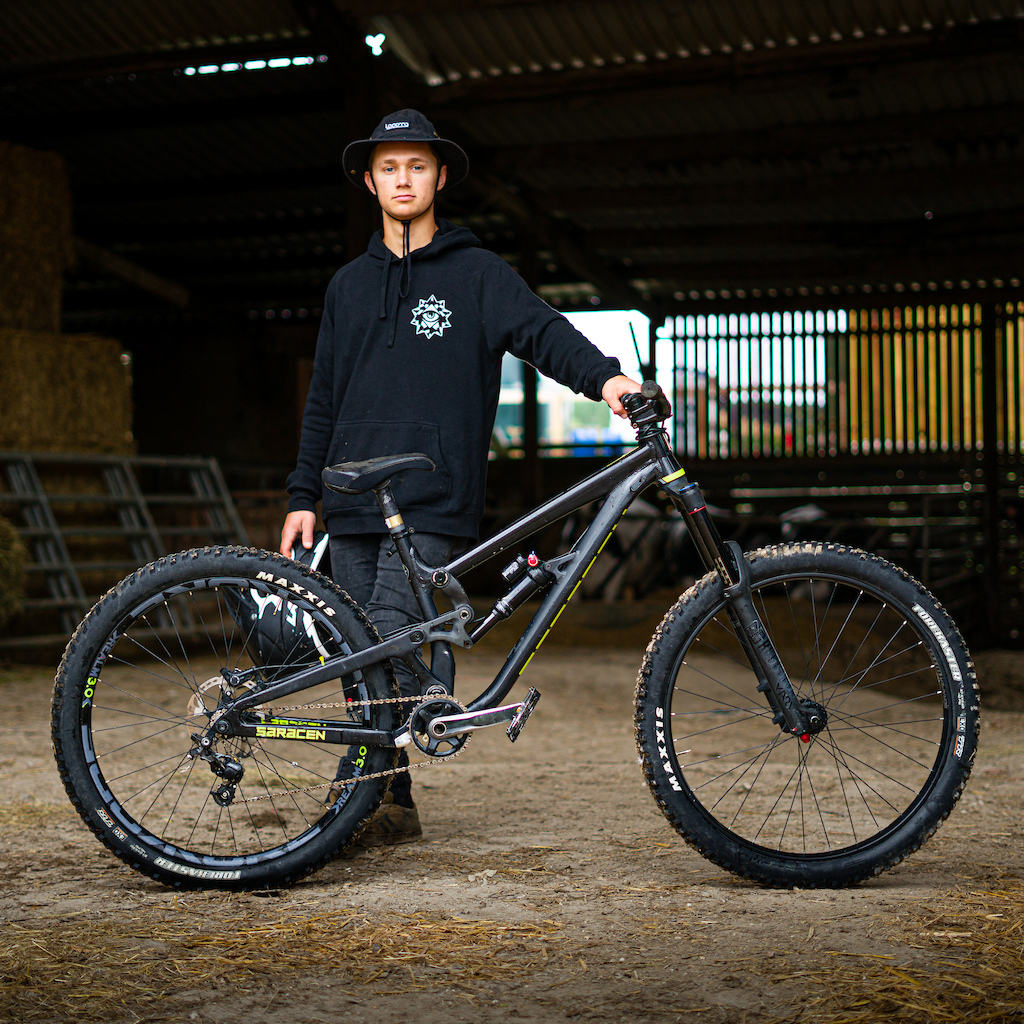 The farm is also home to the Isle of Wight MTB Centre, a small bike park which opens on Wednesdays, Saturdays and Sundays and is one of the only official spots on the island for mountain biking. The two main trails at the bike park are Blue Steel, a flowy rollable line with multiple line options for beginners and more experienced. Then there’s the Gravity Line, graded both red and black there are multiple options throughout the Whistler inspired line for big air.

We captured this cool one shot of the bottom half of Blue Steel on the first day of filming.

This shot was so fun to shoot! Stoked for @sam_hodg_mtb @livetoridemtb episode! It was due for release today but unfortunately getting the great white 🚐 ready and shooting these Scotland eps means it might not be until next week! We will keep you updated 🔥@dynamicstyleco #mtb #actionspotts #isleofwight #freeride #mtblife #mtblove #oneshot #movi @isleofwightmtbcentre 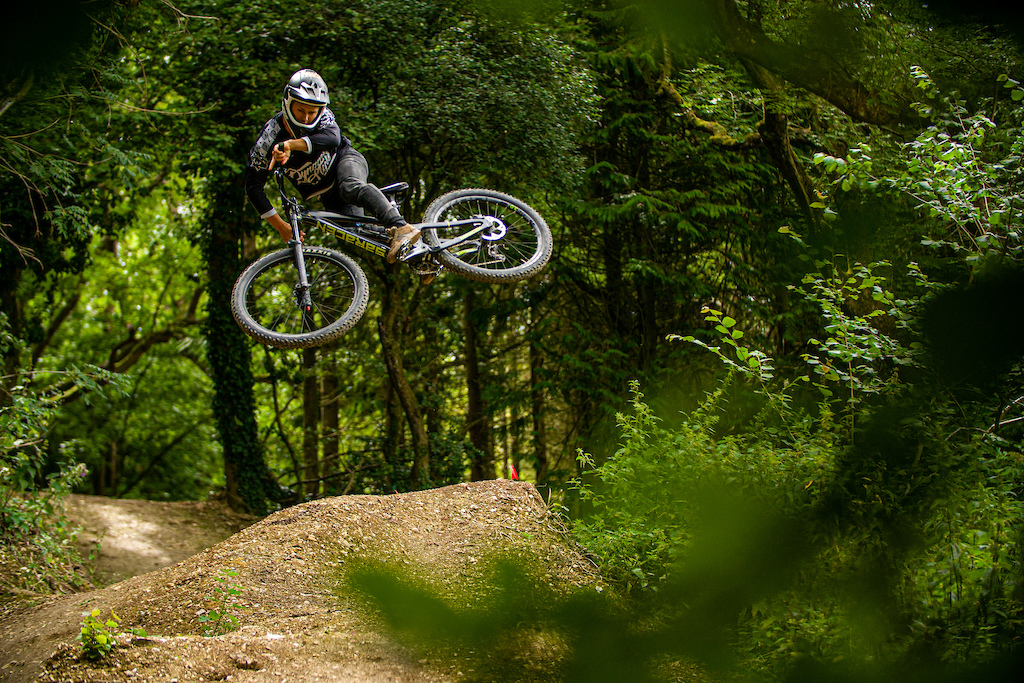 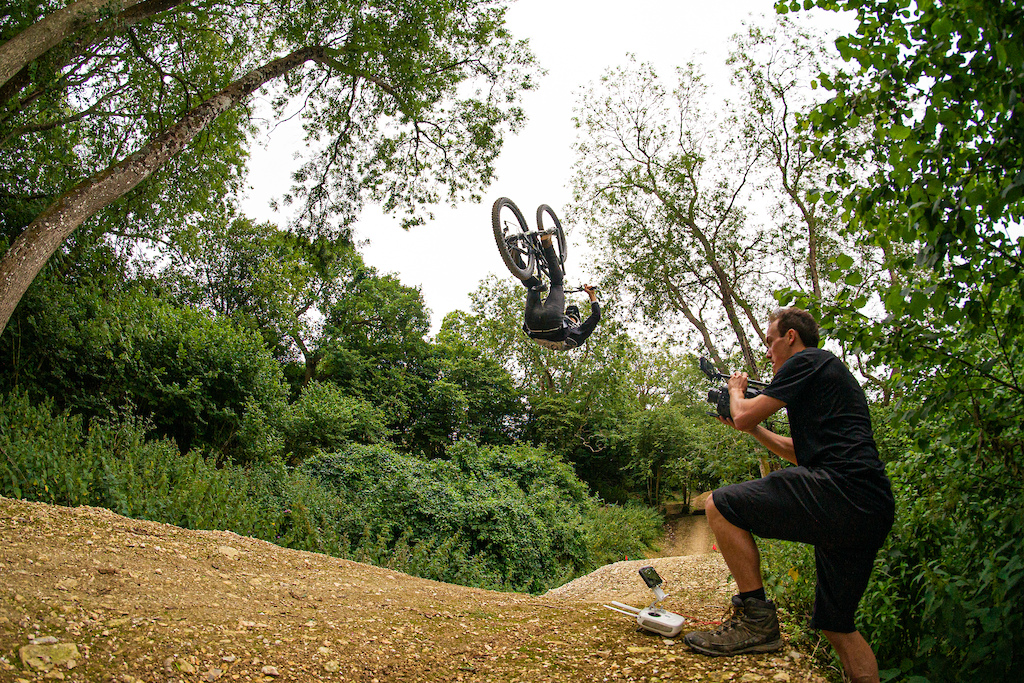 Sam competes across the UK at the Dirt Wars competitions and enters as many of the FMB events as he can. During lockdown, he’s been adding to his training compound, with features like a flat drop, boner log and 9ft tall kicker it is clear he is preparing for anything the competition courses might throw at him. 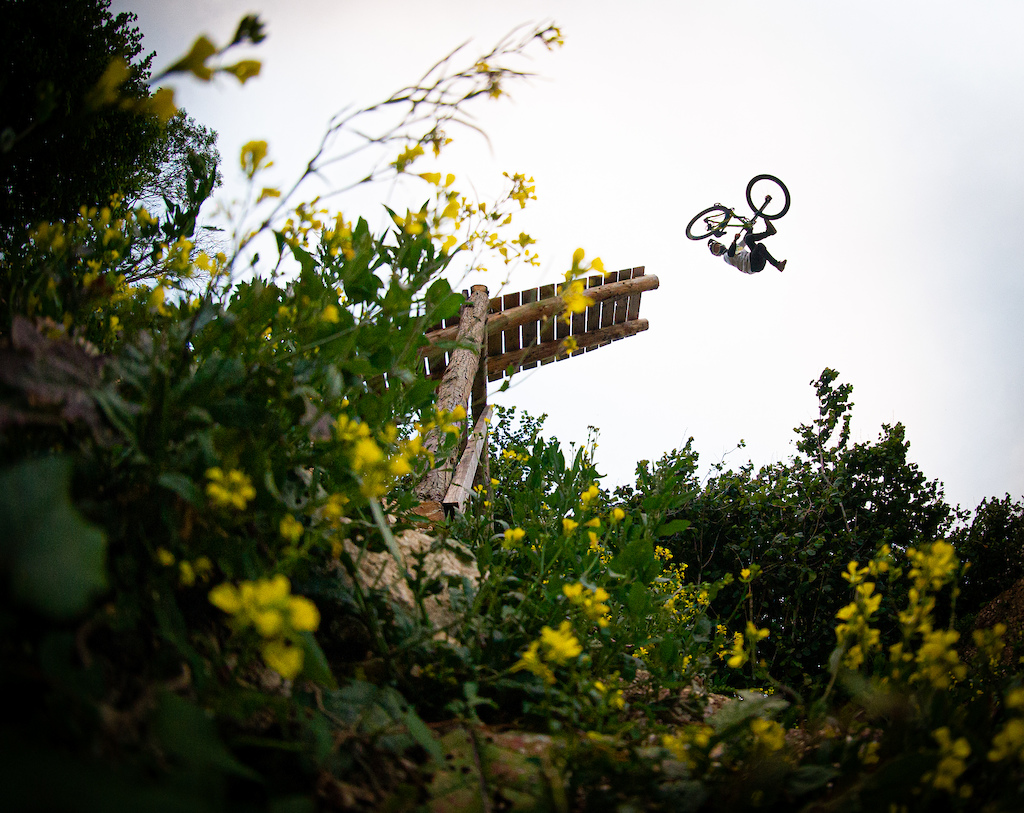 Sams trick combinations are on par with what you might see at one of the Crankworx Slopestyle events, it’s inspiring to see such a young and passionate rider and we’re excited to see what’s next. With dreams of the big competitions and hopes to compete in the Audi Nine Knights through their video entry, it’ll be interesting to see how he gets on in the coming years.

julisan (Aug 7, 2020 at 2:05)
incredible good riding and style. keep up the hard work, Sam! wishing best of luck! always good to see local communities growing up with their unique story behind it.

StevieJB (Aug 10, 2020 at 13:14)
Sams a great rider, I did a day of up lift with him at his park, he got me clearing all his gravity jump line. I was silly and did one last run following him in and promptly landed on my face. Doh.